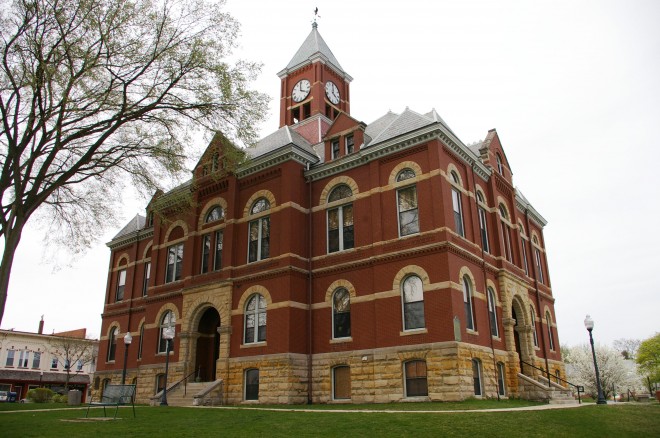 Livingston County is named for Edward Livingston, who was Secretary of State under President Andrew Jackson. 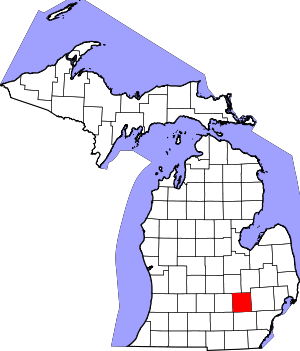 Description:  The building faces south and is a two story red colored brick and Ohio bluestone structure. The building is located on the spacious landscaped grounds of the Courthouse Square in the center of Howell. The building has a raised basement of buff colored course stone and has rounded arched entrances trimmed with stone on each side. The windows are arched with stone trim. On the center of the roof is a square brick clock tower with peaked roof and duck shaped weathervane. The roof is hipped. The interior is ornate with red oak woodwork, intricate blinds, a black and white colored marble floor, adamant plaster and stenciled walls. The large former courtroom is located on the second story. The architect was Albert E French of Detroit and the contractor was Waterbury and Wright of Ionia. The building was restored in 1976 to 1979. The architect was William Kessler and Associated of Detroit and the contractor was Elgin Builders of Southfield. 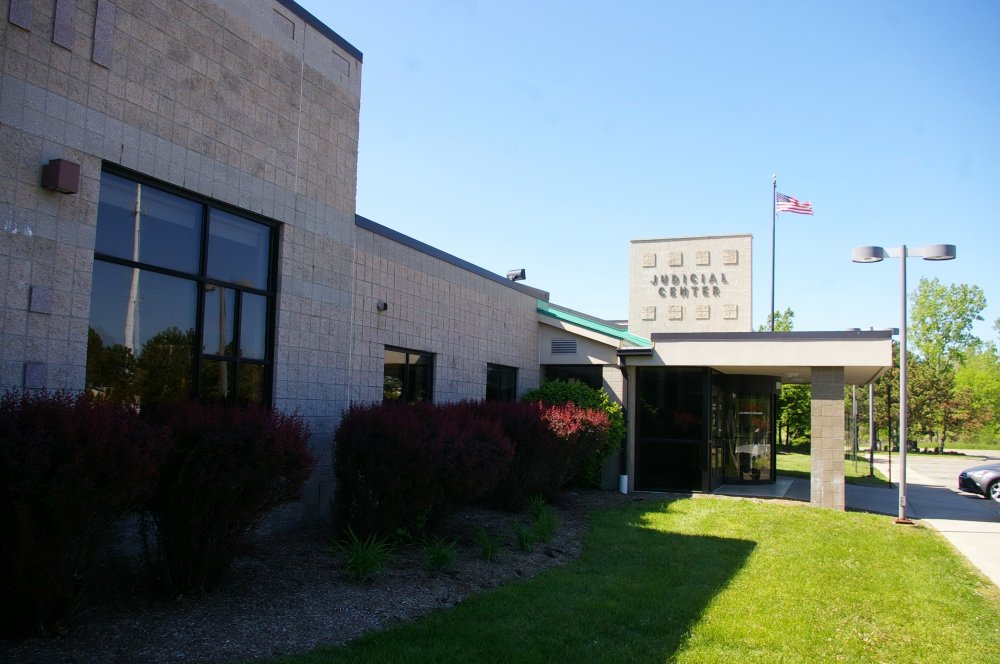 Description:  The building faces east and is a one story gray colored stone and concrete structure. The building is located on landscaped grounds in the West County Complex to the west of the center of Howell. The building was constructed in two phases. The east front has a central entrance with one story portico. The roof line is flat. The building houses the County Circuit Court of the 44th Judicial District, County District Court and County Probate Court. 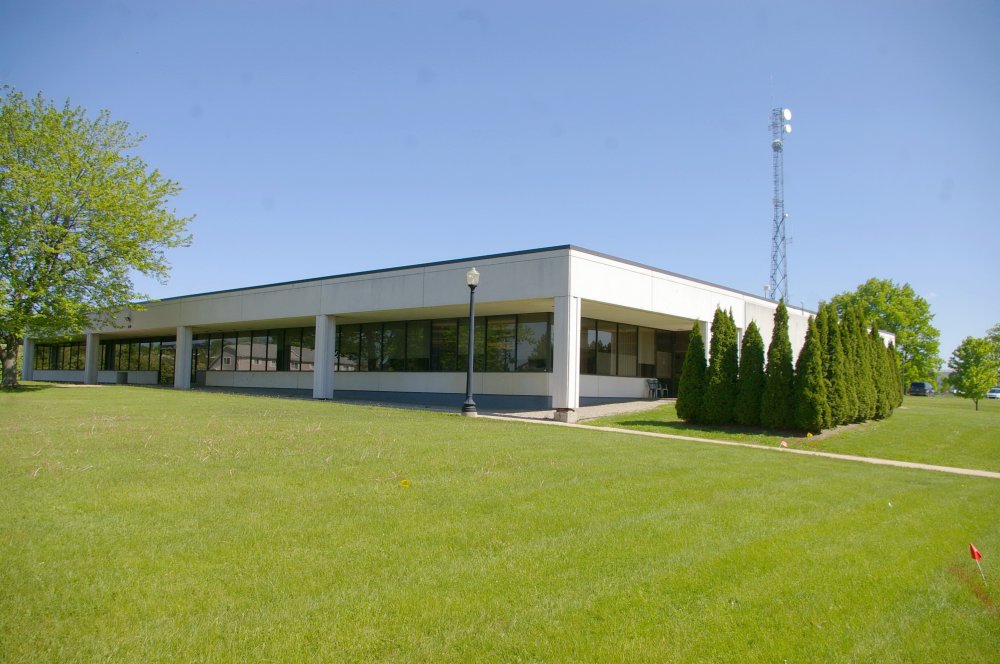 Description:  The building faces north and is a one story white colored concrete structure. The rectangular shaped building is located on landscaped grounds to the east of the County Judicial Center in the West Complex to the west of the center of Howell. The north front is a recessed with white colored pillars and recessed horizontal windows. The central entrance on the north side is recessed. The roof line is flat. The building served as the courthouse from 1975 to 2000. The building was renovated in 1986. 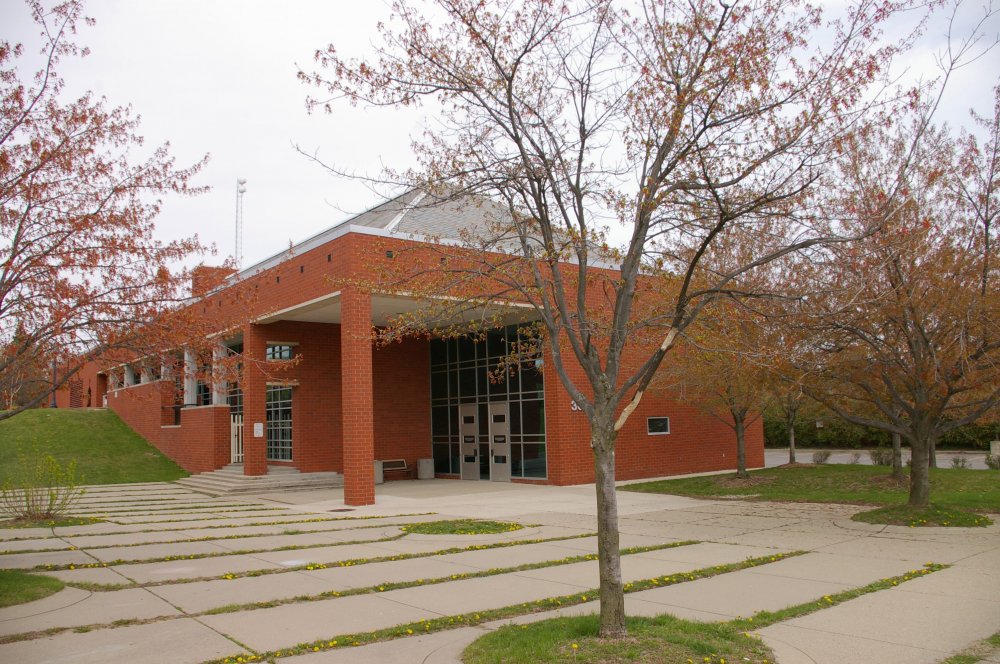 Description:  The building faces south and is a one story red colored brick and concrete structure. The building is located on landscaped grounds in the center of Howell on the east side of the courthouse. The southwest corner has a recessed section with red colored brick pillars and concrete columns rising to the roof line and with recessed entrance.  The roof is hipped.

History:  The county was created in 1833 and Howell was selected as the county seat in 1836 when the county was organized. The court first met in a schoolhouse in 1837. The residence of Benjamin J Spring was rented and the  meetinghouse of the Presbyterian Society was rented for three years. The first courthouse was a two story brick structure designed by Justin Lawyer and built by Enos B Taylor in 1847 to 1848 at a cost of $5,600. The courthouse was condemned in 1889 and the court met at an opera house. The second and present courthouse  was constructed in 1889 to 1890 at a cost of $49,000. The County Law Center was constructed in 1974 to 1975 and housed the court until 2000. The County Judicial Center was constructed in 1998 to 2000. 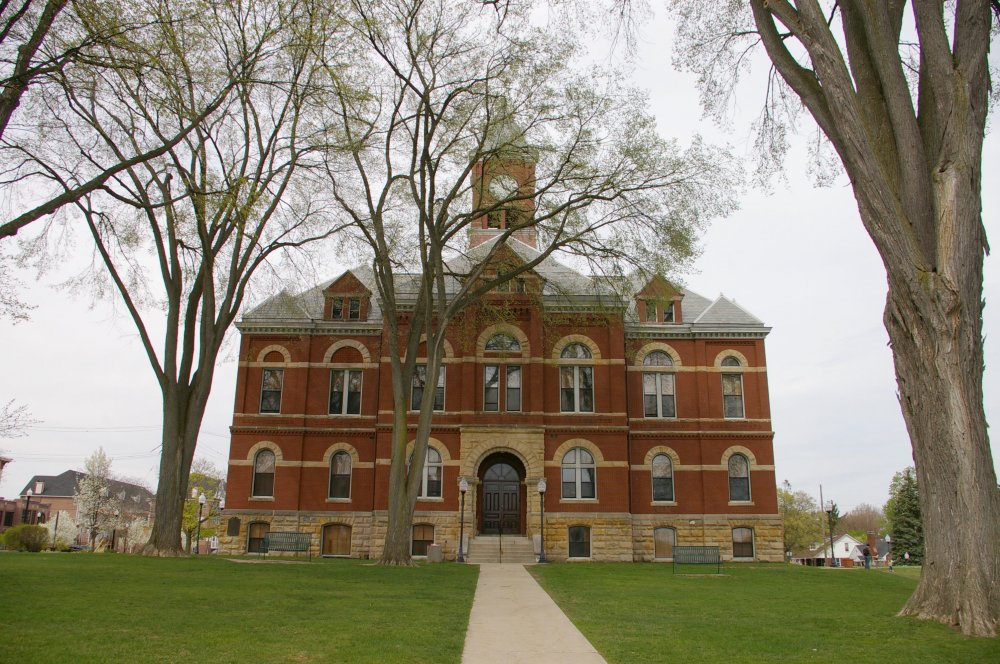 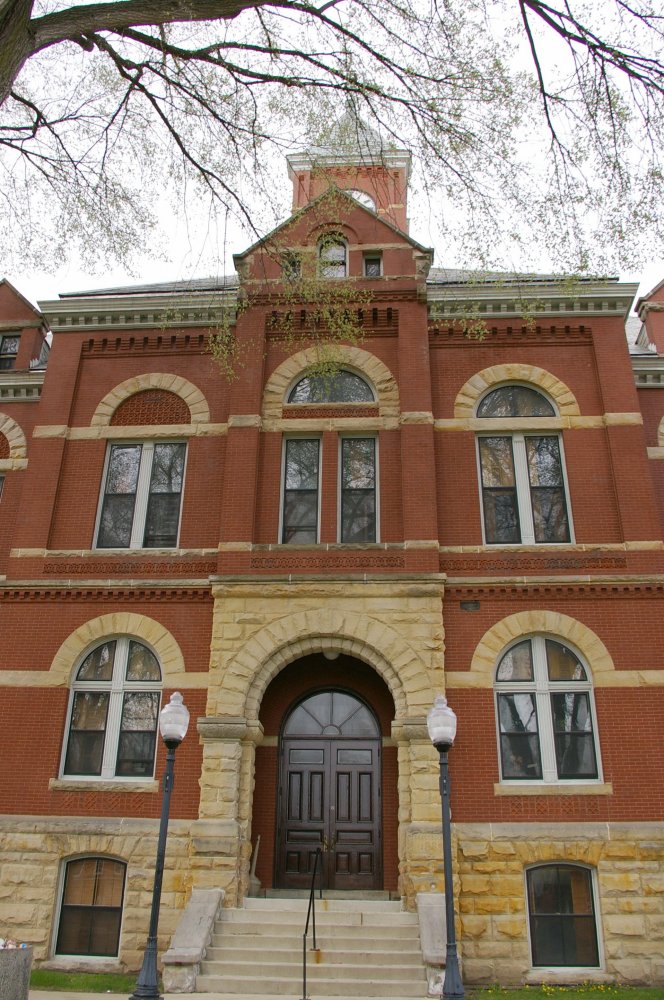 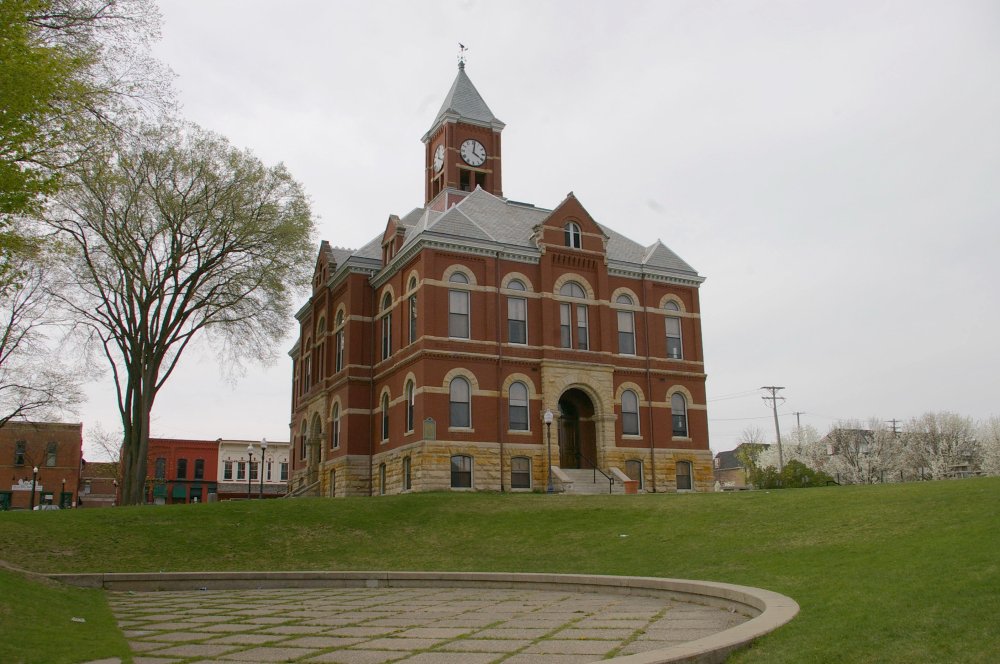 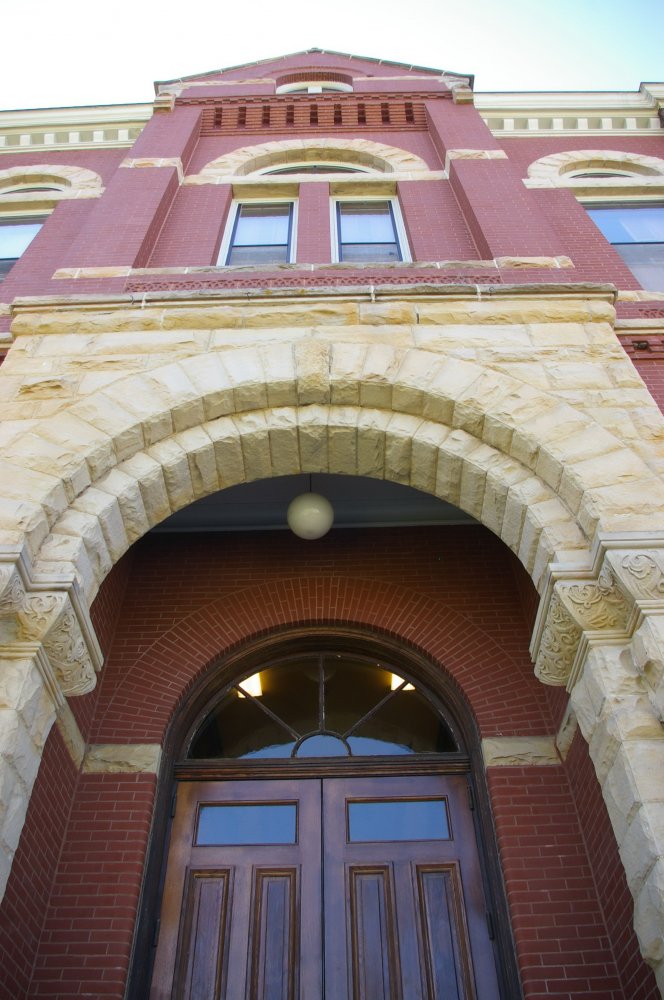 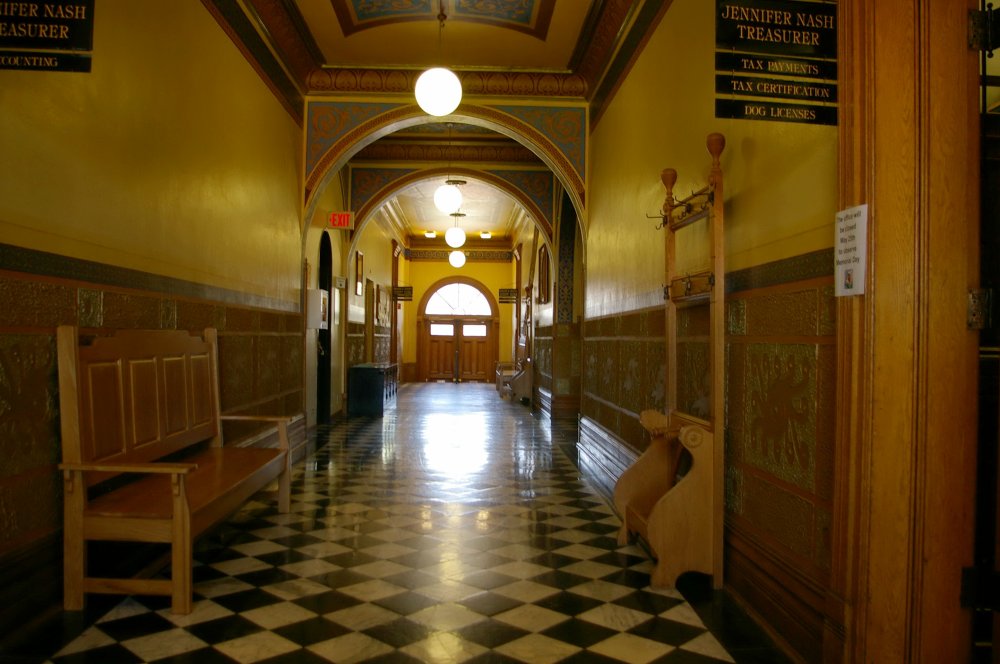 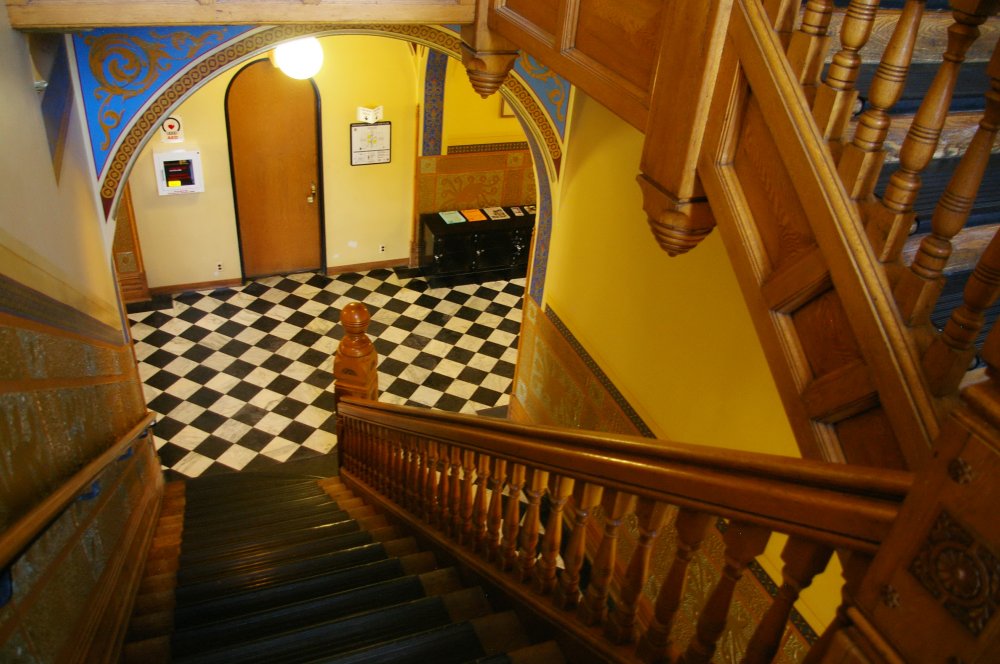 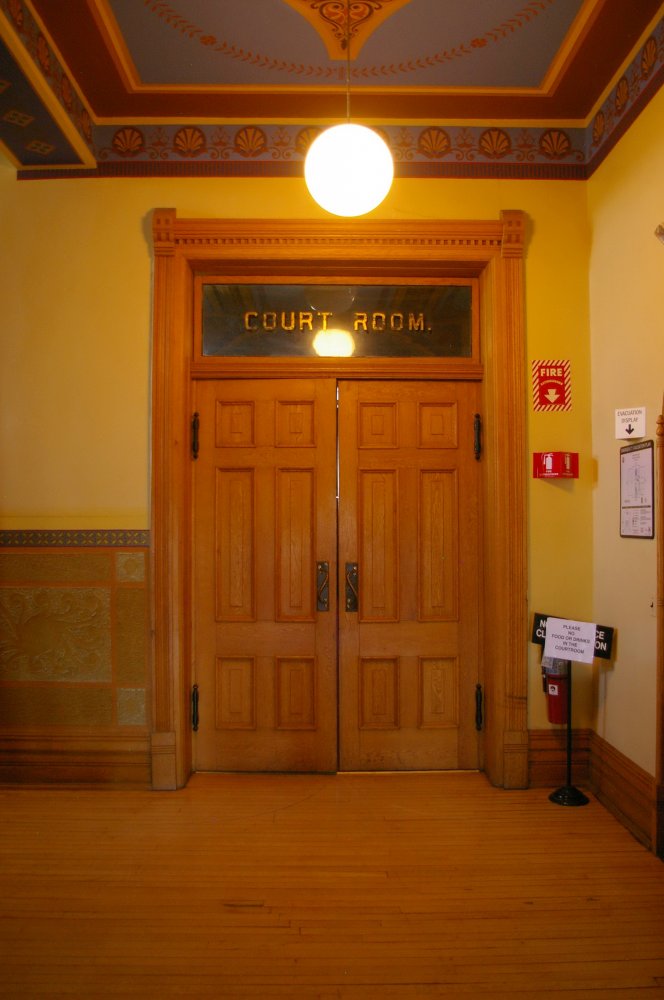 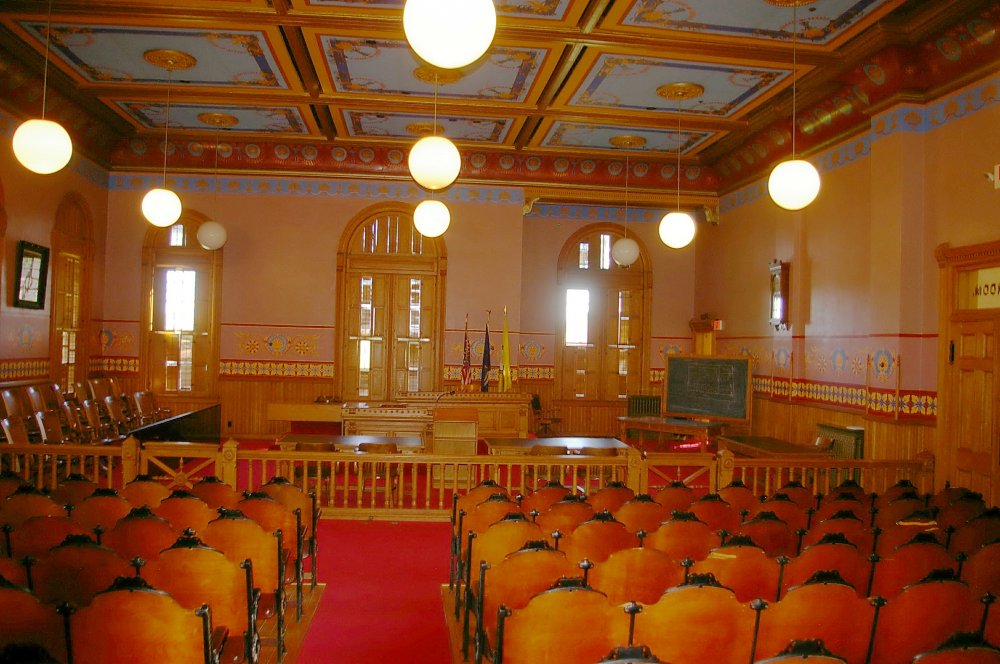 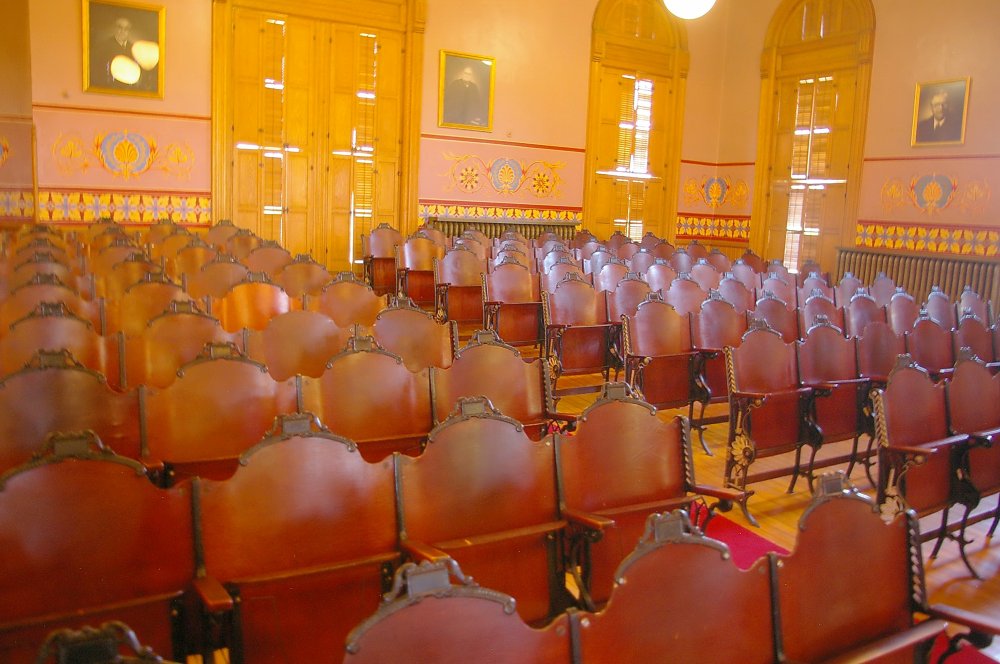 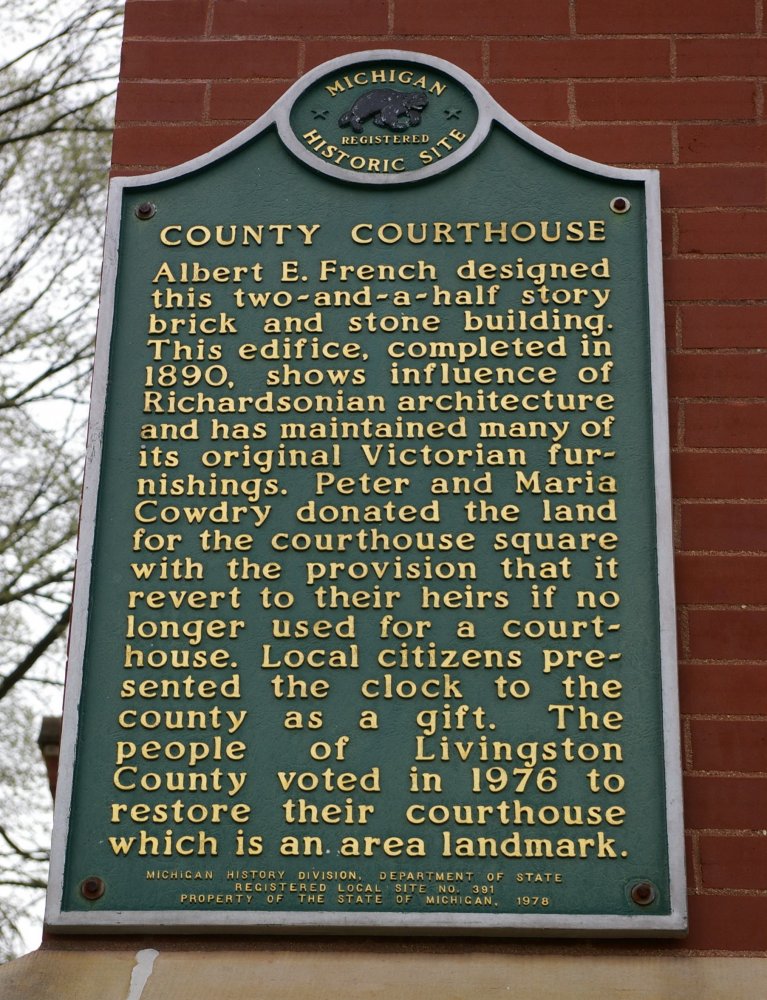