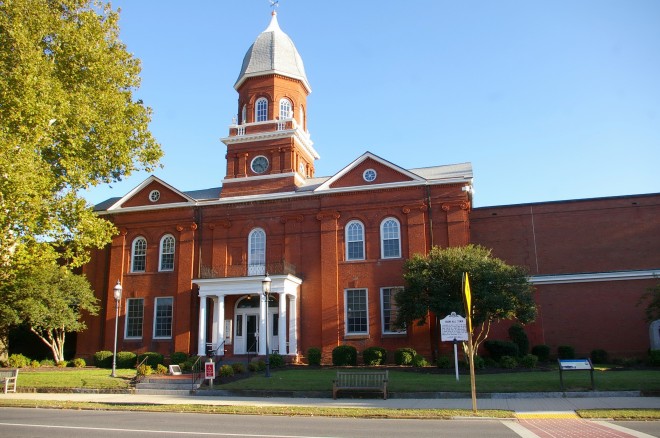 Worcester County is named for Mary Arundell, the wife of Sir John Somerset, son of the 1st Marquess if Worcester and sister of Anne Arundell, wife of Caecilius Calvert, 2nd Baron Baltimore.

Description:  The building faces northwest and is a two story red colored brick structure. The northwest front has a one story portico with four white colored columns rising to a balcony on the second story. There is a long arched window on the second story. Vertical pilasters run along the front. There are gables on the east and west ends of the hipped roof. In the center is a large square red colored brick tower with an octagonal section with green colored dome at the top. The east wing was constructed in 1964 and the west wing in 1968. In 2003, the building was renovated. The architect was R Calvin Clendaniel Associates and the contractor was SPN, Inc.

Note:  the first courthouse was built in 1742 and the building burned in 1893. The present courthouse is similar to the courthouse in Caroline County and the contractors were the same. 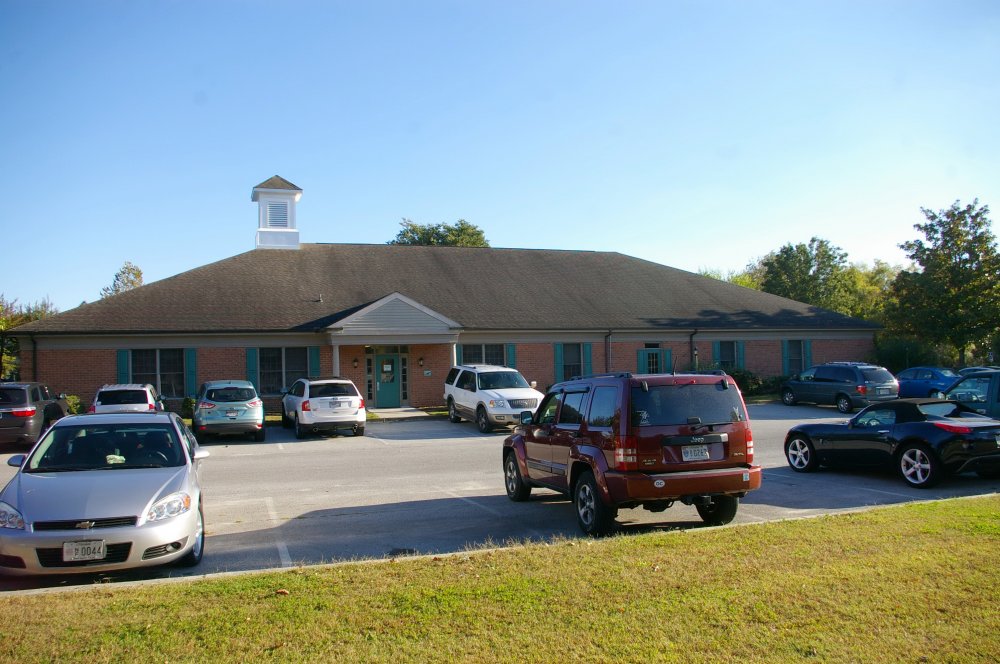 Description:  The building faces northeast and is a one story brown colored brick structure. The roof is hipped with a small white colored cupola. The windows have green colored shutters. 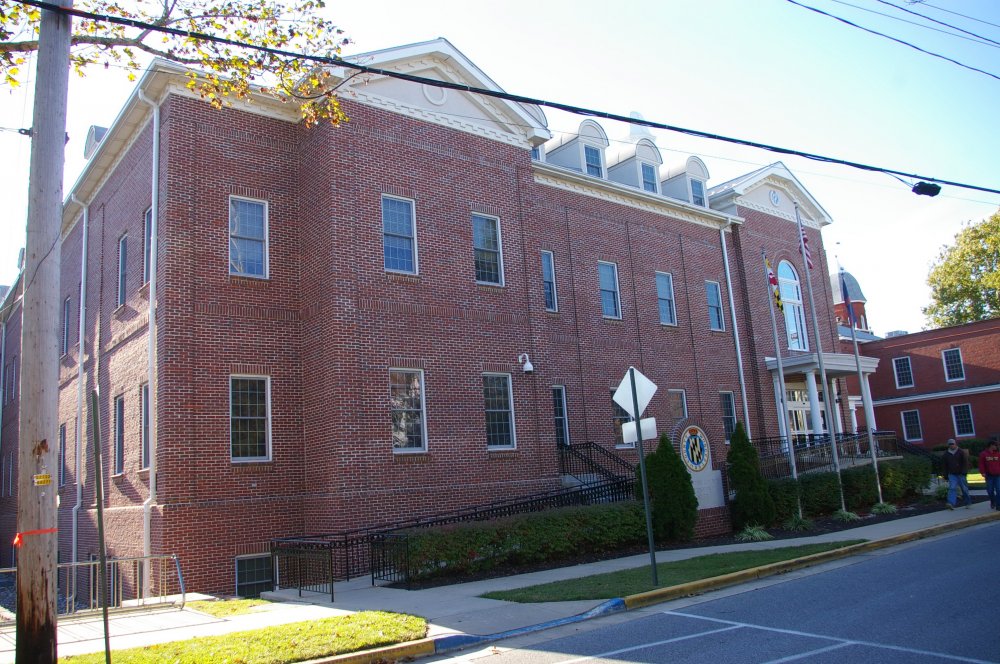 Description:  The building faces north and is a two story red colored brick and concrete structure. The northeast and northwest sections of the building project from the main building. The north front has an entrance on west corner with a small white colored porch and large arched window on the second story. Along the roof are dormers. On the center of the roof is a high octagonal white colored cupola. the building is named as the Worcester County Government Center. 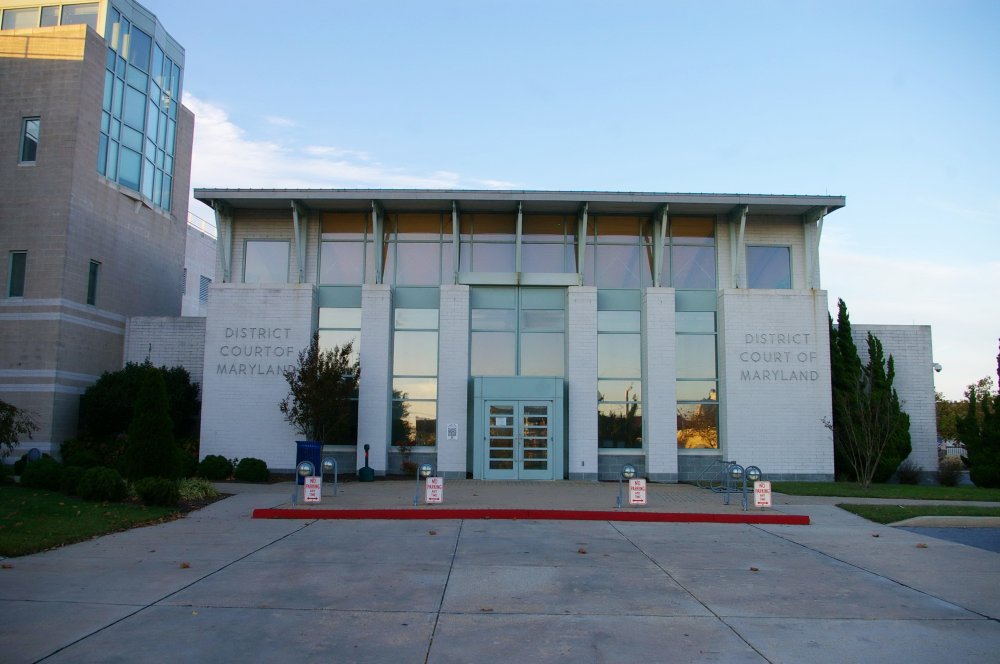 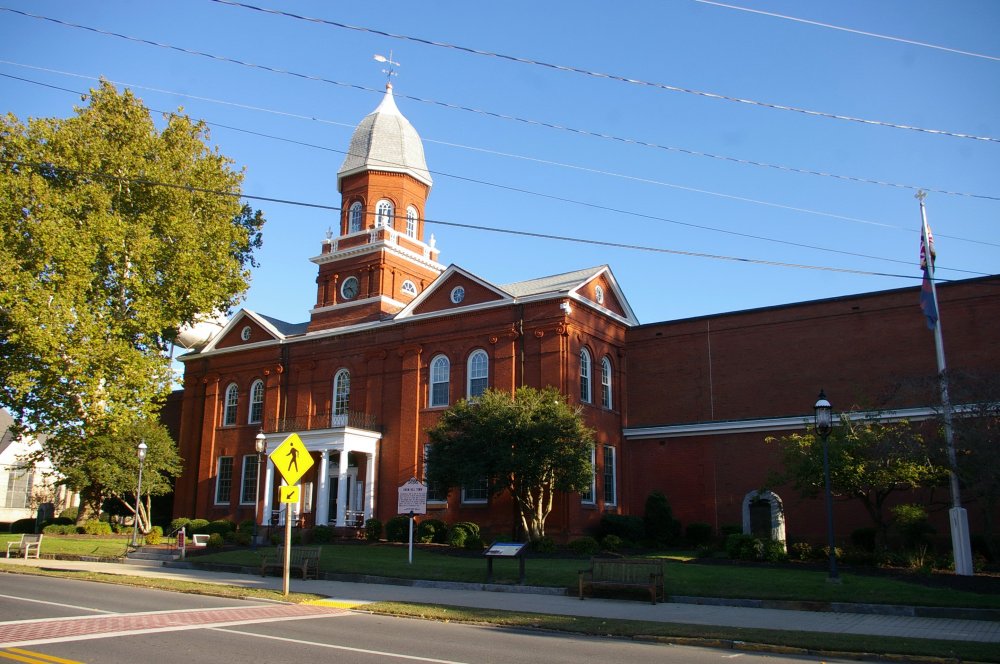 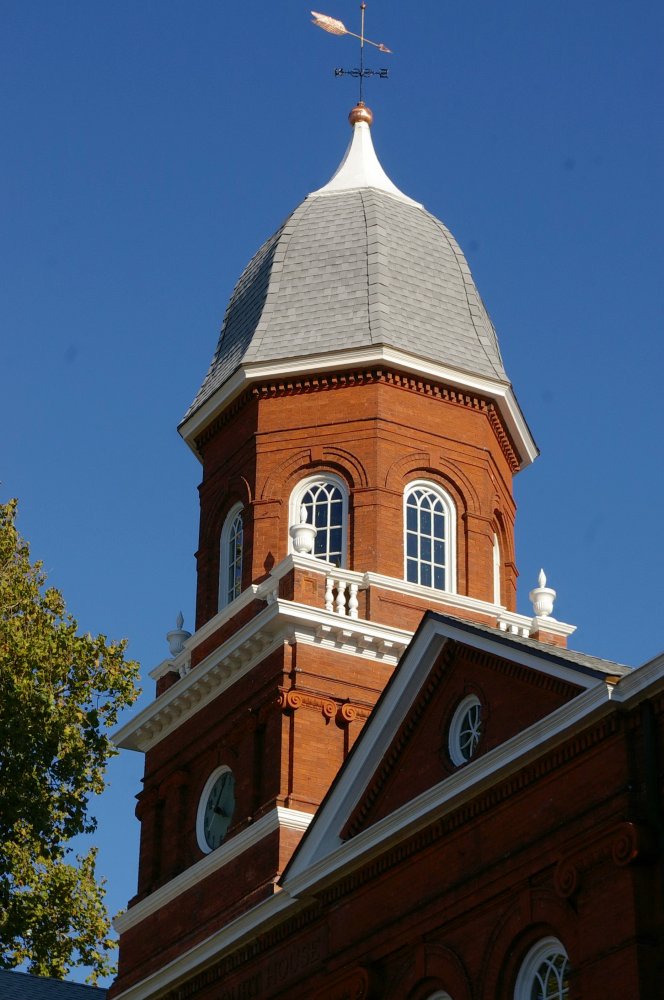 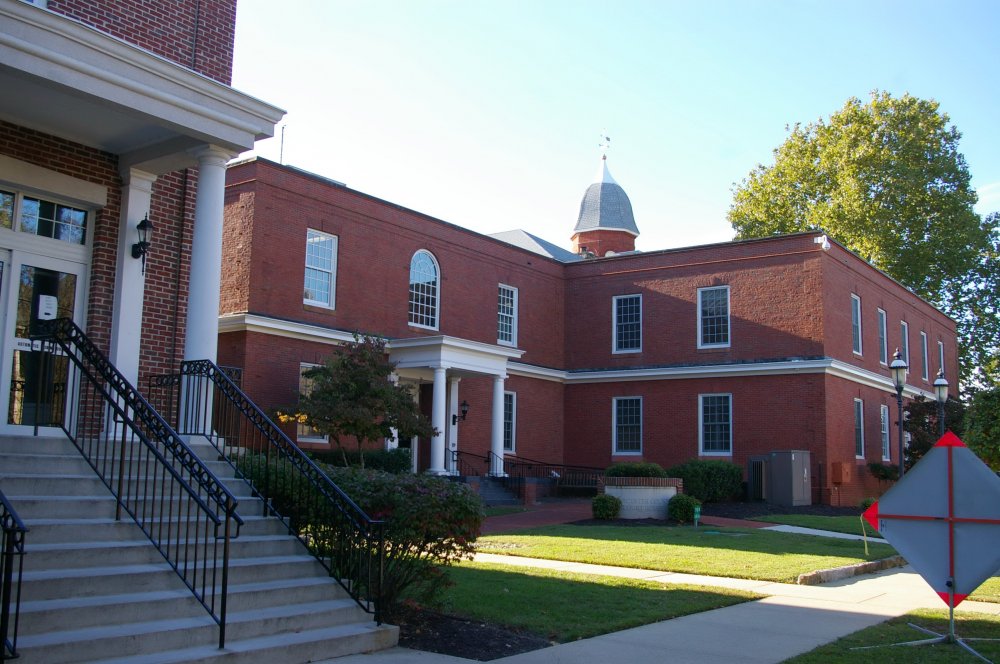 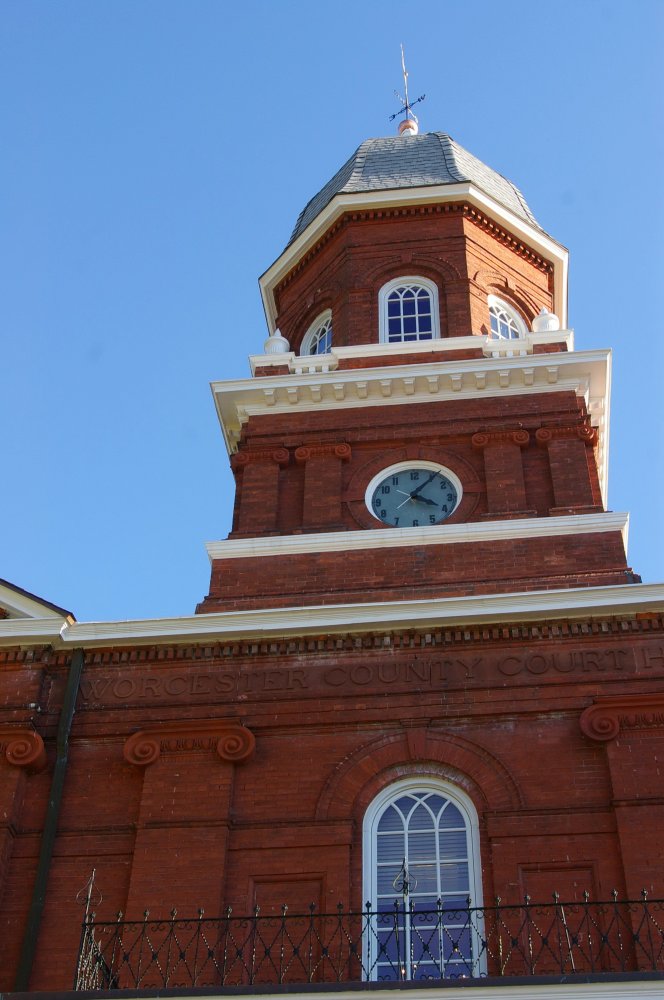 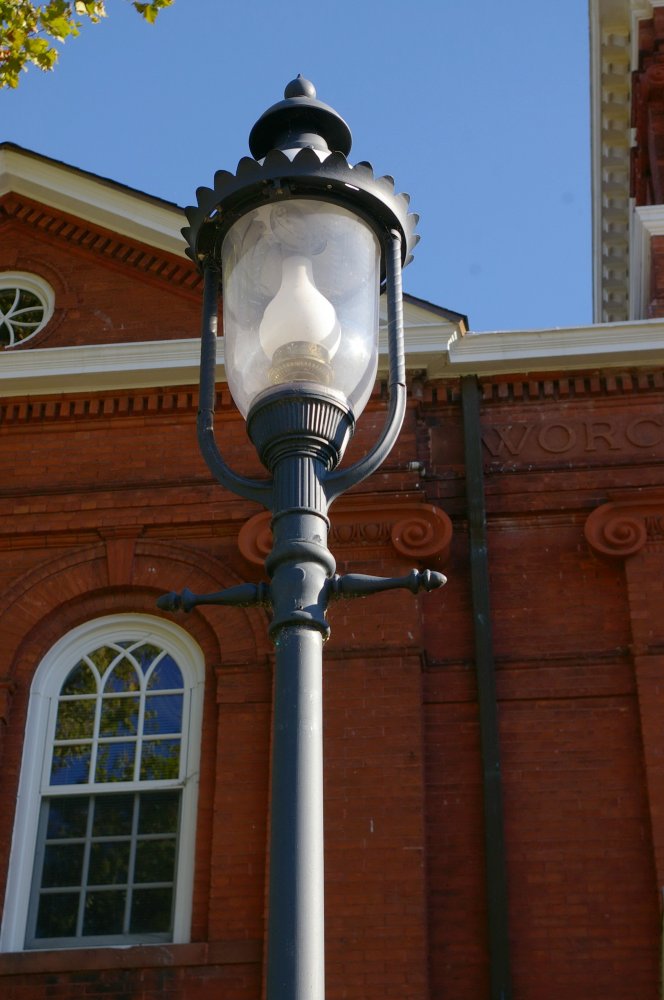 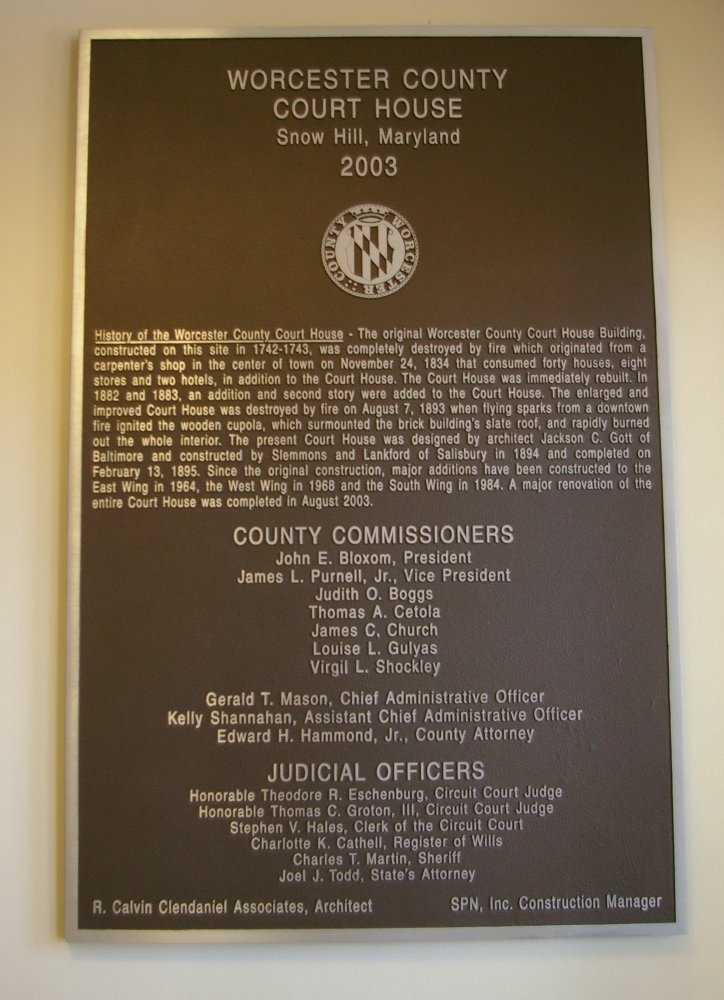 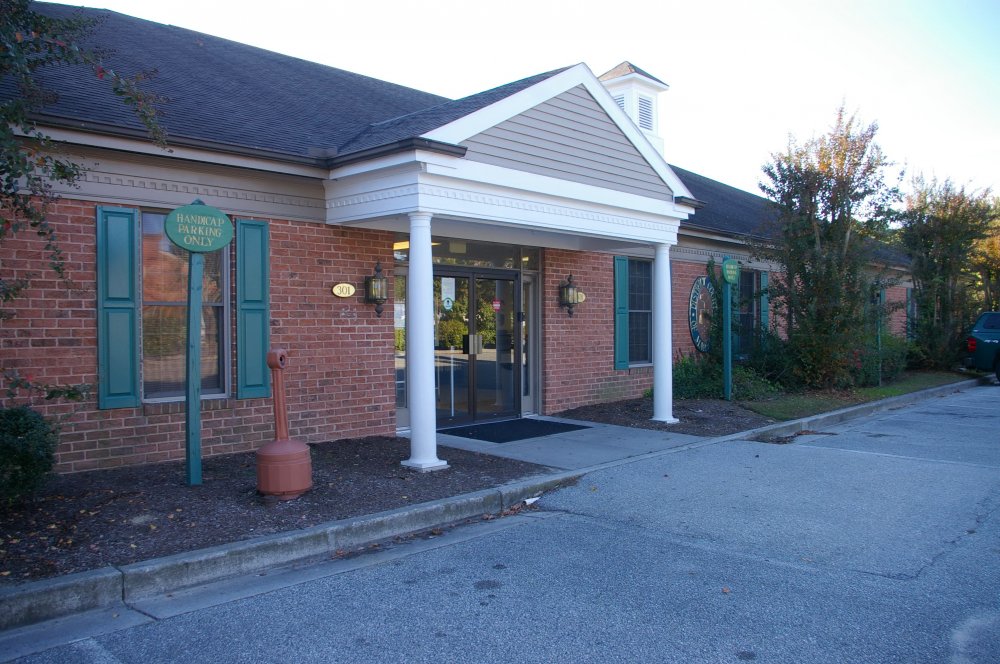 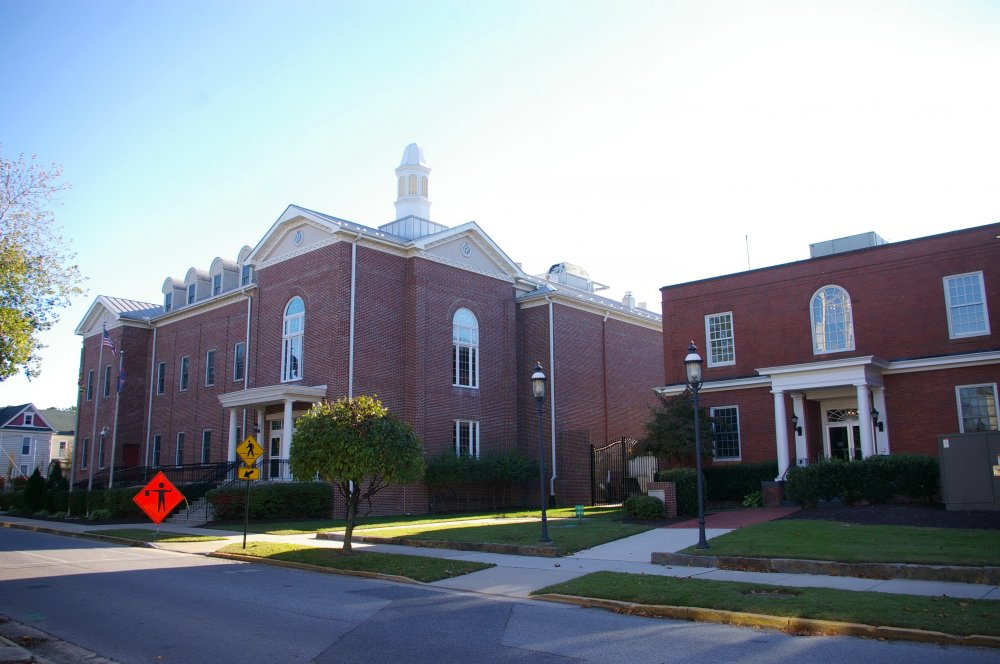 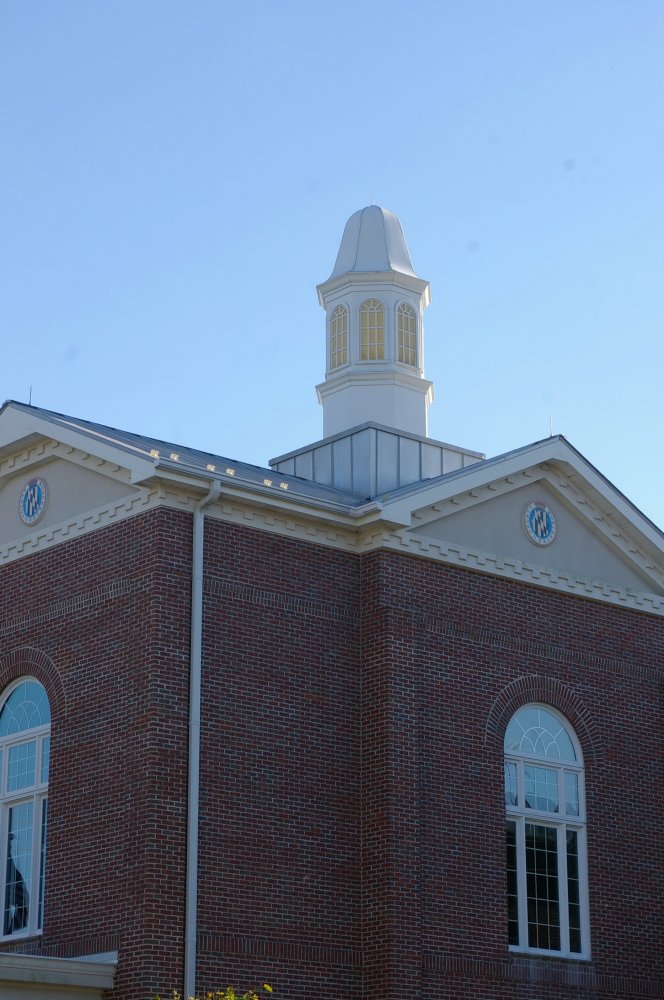