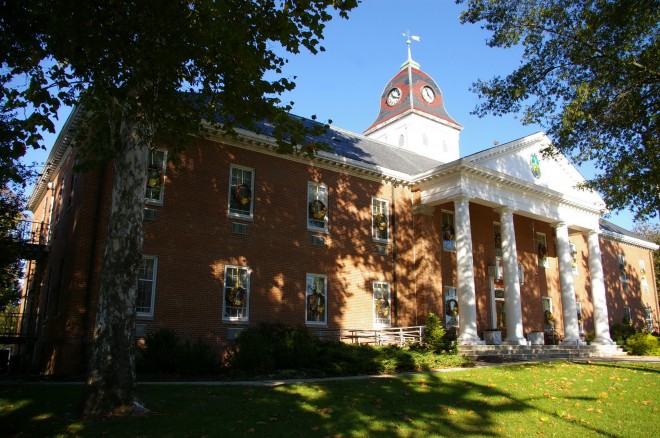 Caroline County is named for Lady Caroline Eden, who was the daughter of Charles Calvert, 5th Baron Baltimore.

Description:  The building faces south and is a two story red colored brick structure. The south front has a large portico with four white colored columns rising to a pediment at the roof line. There is a small balcony above the entrance. On the center of the roof is a large square white colored cupola with bell shaped dome with a clock at the top. An addition was built on the north side in 1966. The architect was Walton & Madden and the contractor was Field Construction Company.

Note:  The previous courthouse was presumed to have been designed by William Buckland of Annapolis and built in 1797. The building was replaced by the present courthouse which cost $21,000 to construct. The courthouse is similar to the courthouse in Worchester County and the contractors were the same. 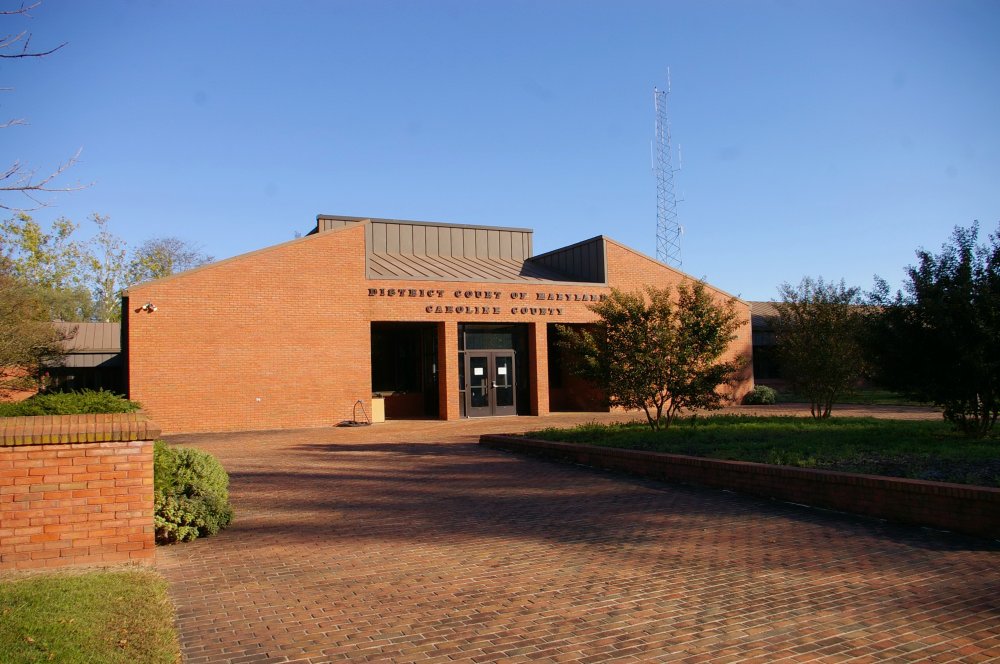 Description:  The building faces west and is a one story red colored brick and concrete structure. The west front has three square opening with a recessed entrance at the center opening. The sides are inclined towards the center which has a sloped roof and rise at the center section. 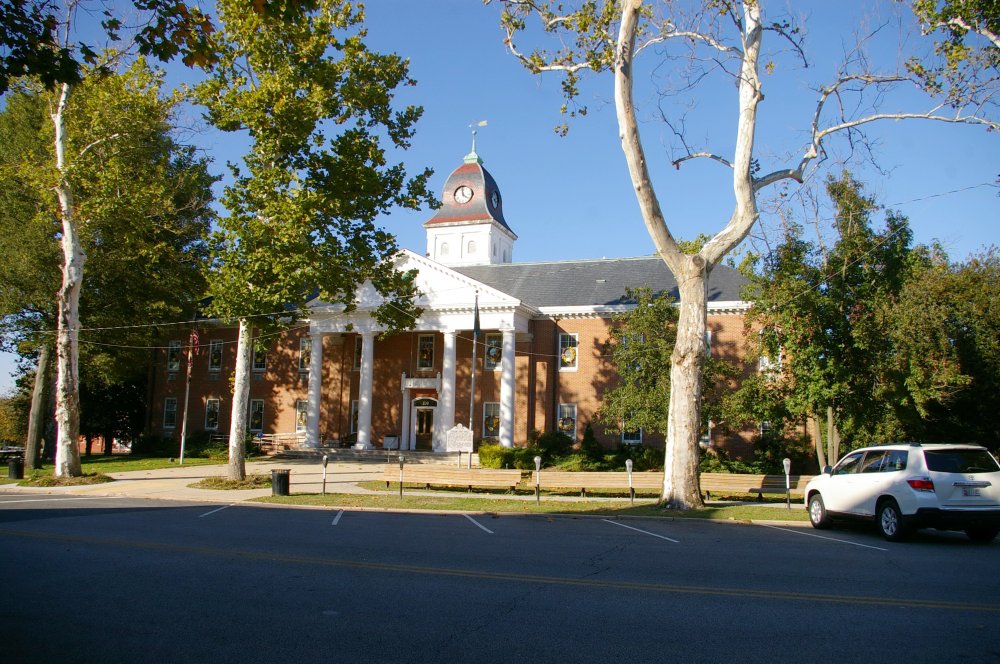 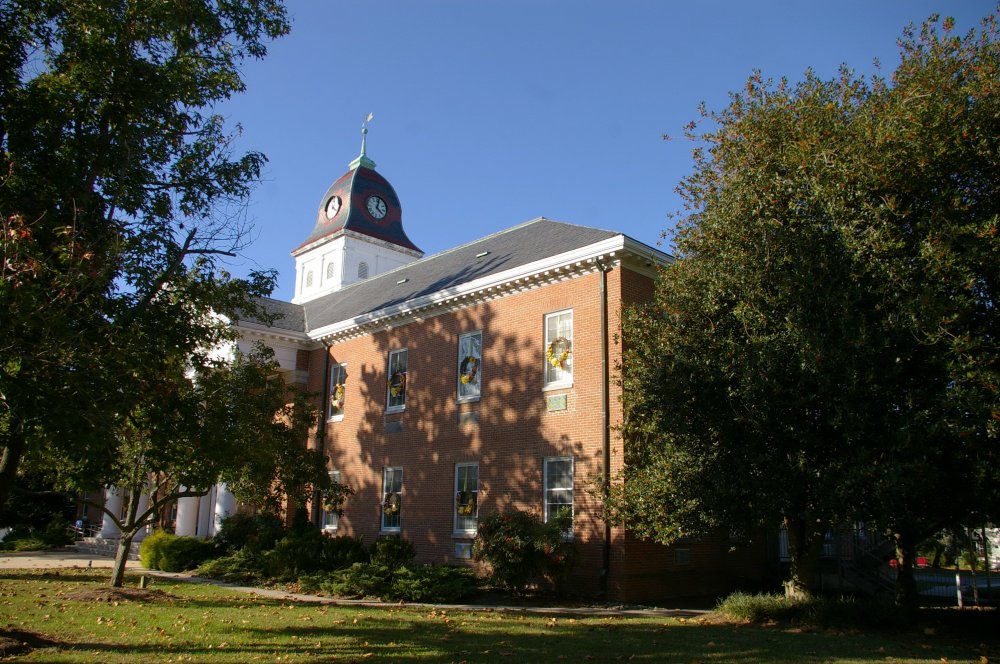 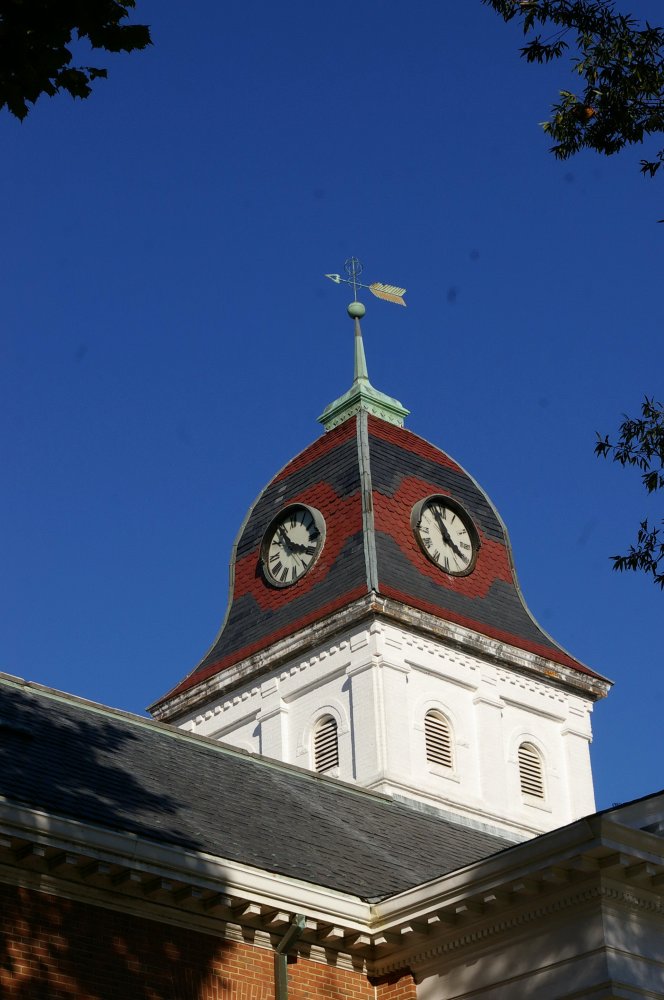 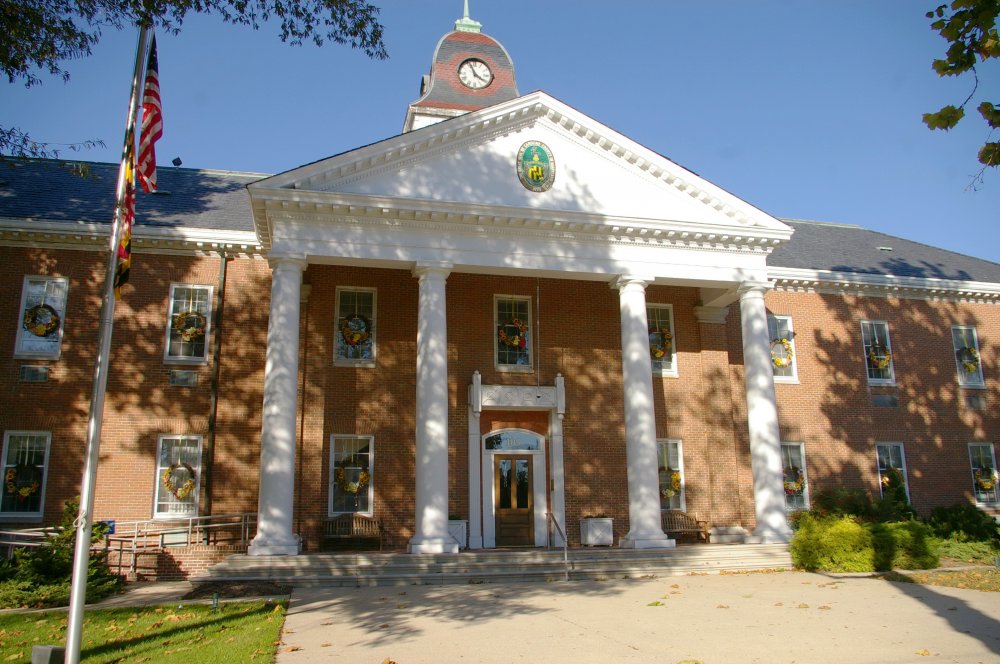 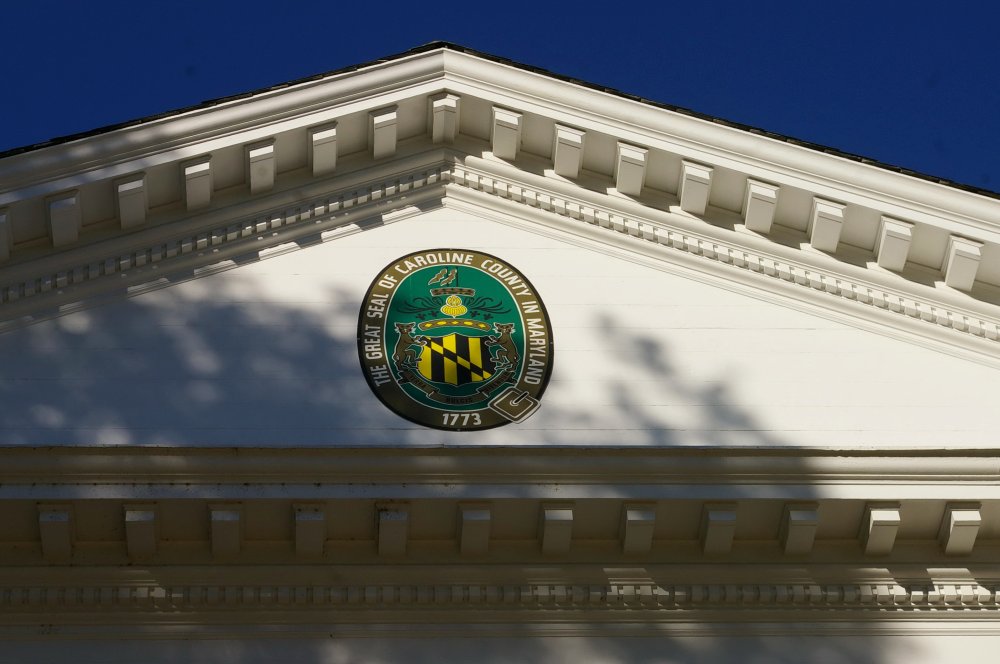 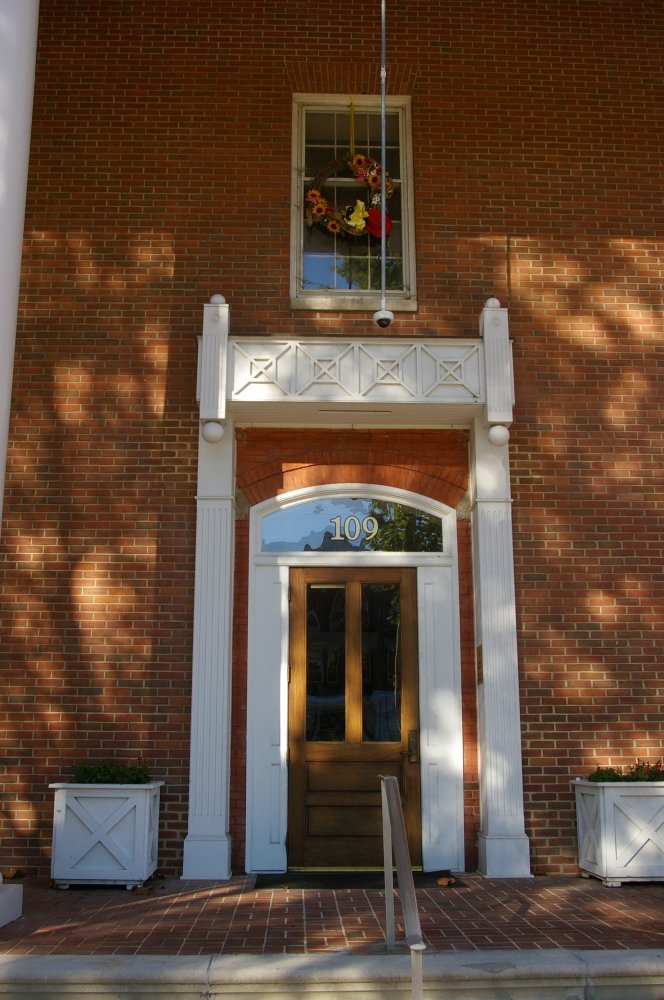 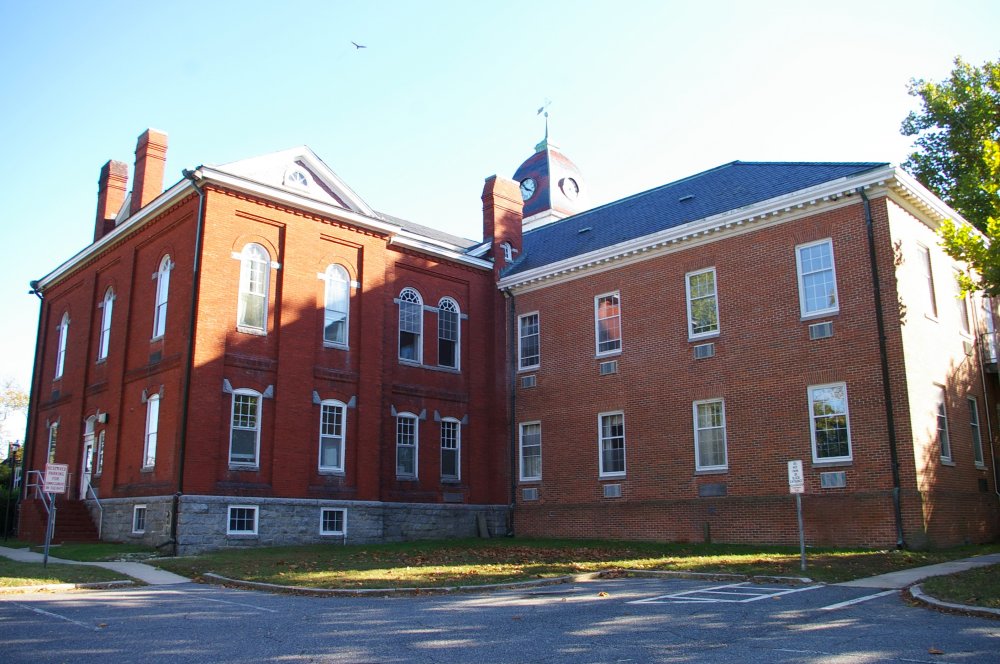 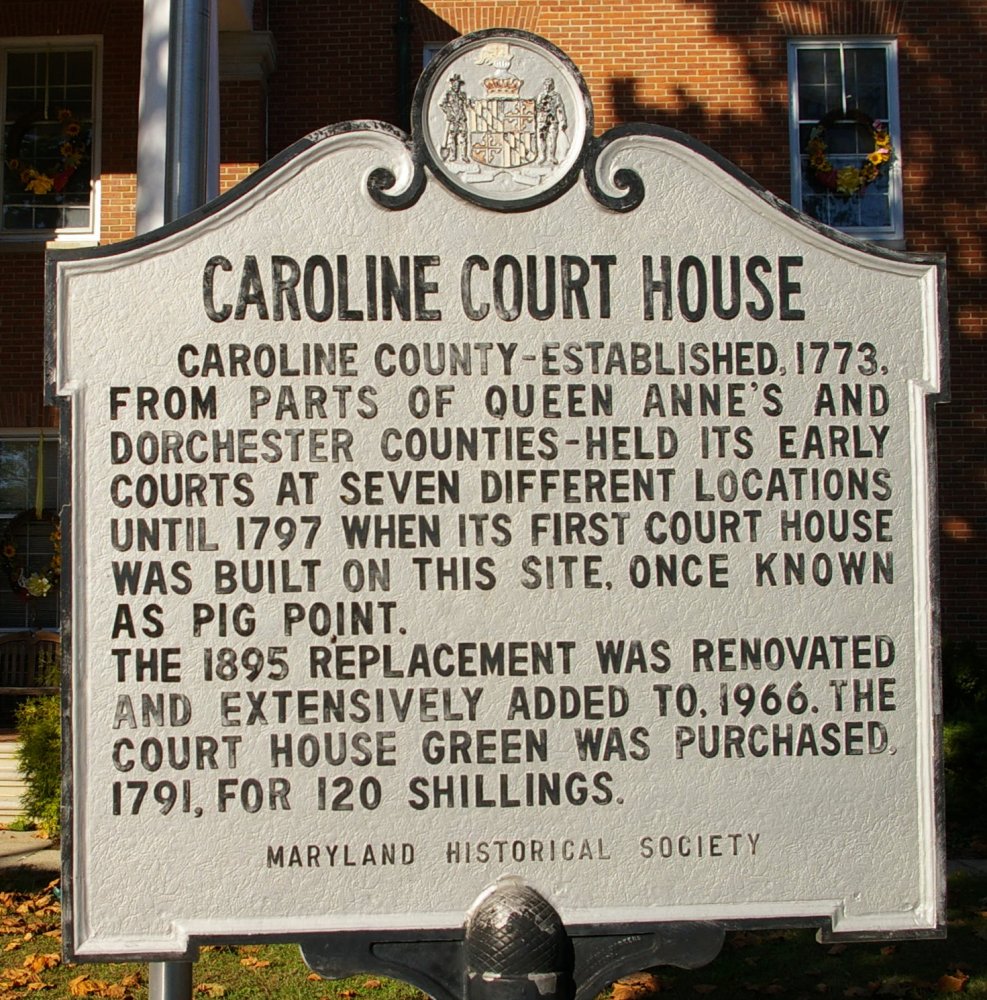