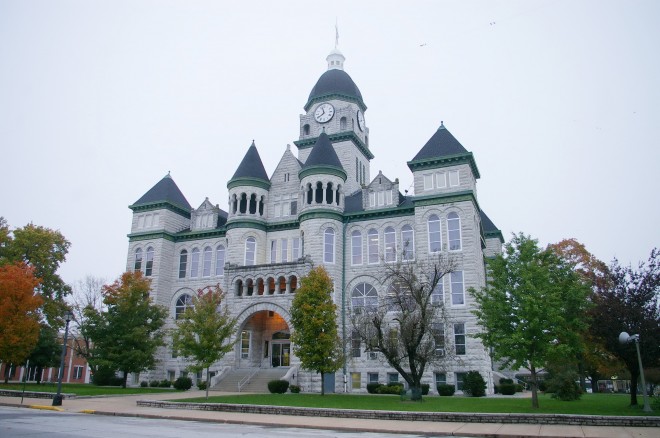 Description:  The building faces north and is a three story course gray colored Carthage stone structure. The building is located on landscaped grounds of the Courthouse Square in the center of Carthage and is 106 feet by 133 feet. The north front has a projecting center section with arched entrance on the first story with six arched openings on the second story. On either side of entrance rise two round stone towers with conical roofs. On each corner of the building is a square stone tower with peaked roofs. There are stone dormers on the roof. On the center of the roof is a high square clock tower rising to a conical roof with small cupola at the top. In the interior, the walls of the corridors are green painted plaster with a dark wood dado. The floor is covered with brown colored linoleum tiles. Two U-plan stairways are located in the north-south hallway, one on the east side of the south hall and the other on the west side of the north hall. These stairs are of cast iron and wood. The courtrooms are located on the third story. 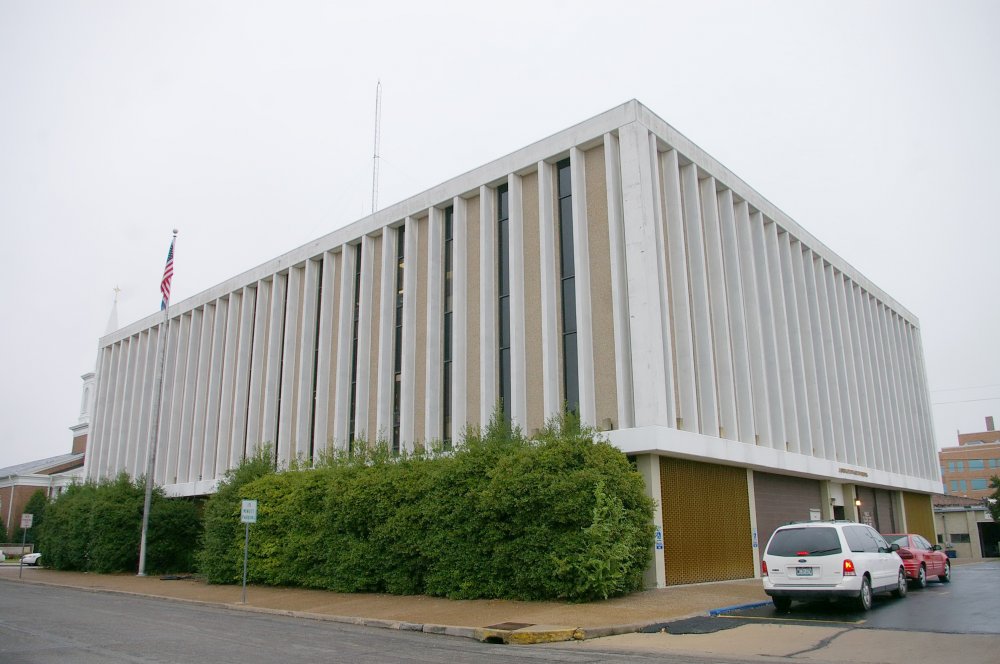 Description:  The building faces north and is a three story concrete and glass structure. The building is located in the center of Joplin. The entrances are framed with white. The first story is dark brown colored brick and the upper stories have vertical narrow white colored dividers. The roof line is flat. 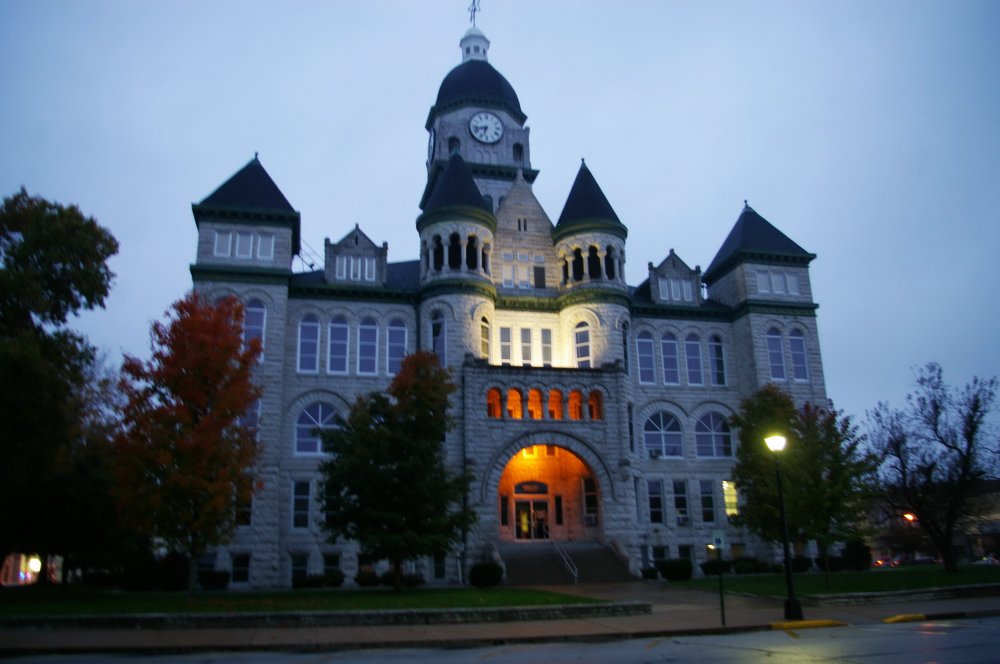 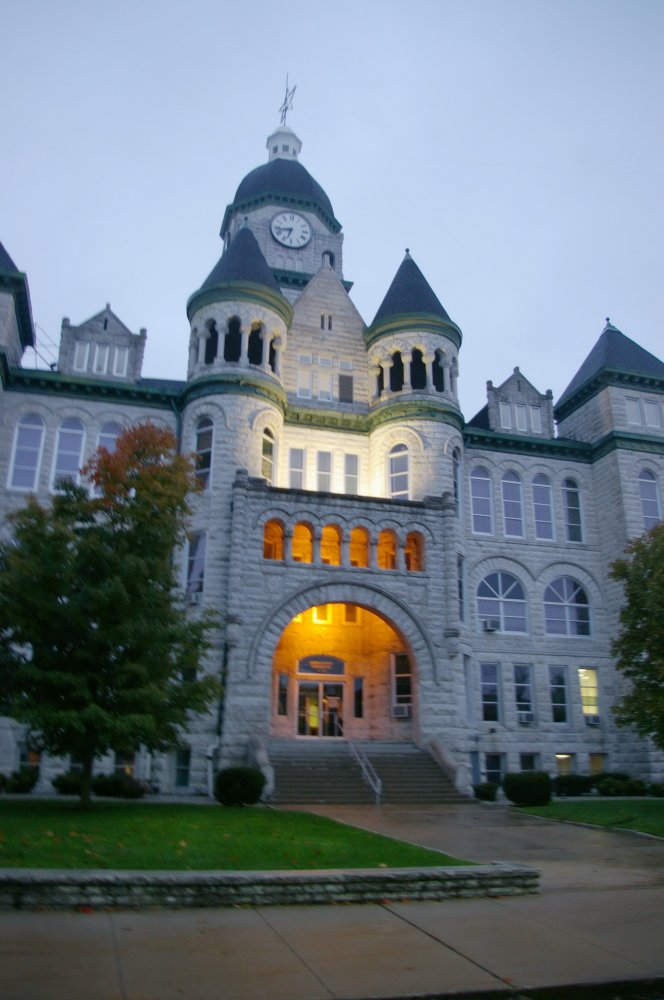 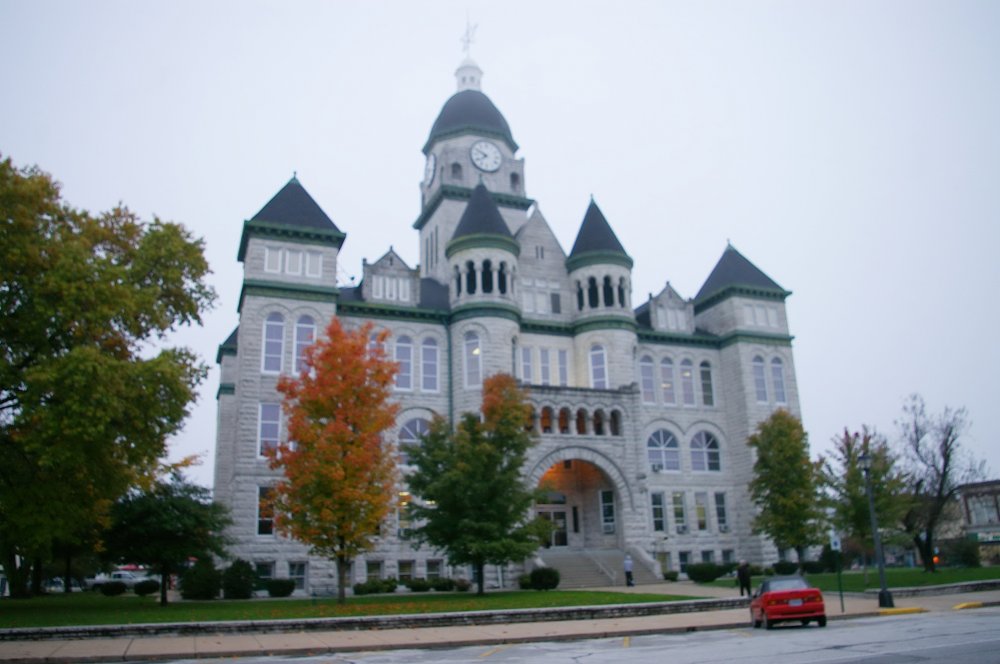 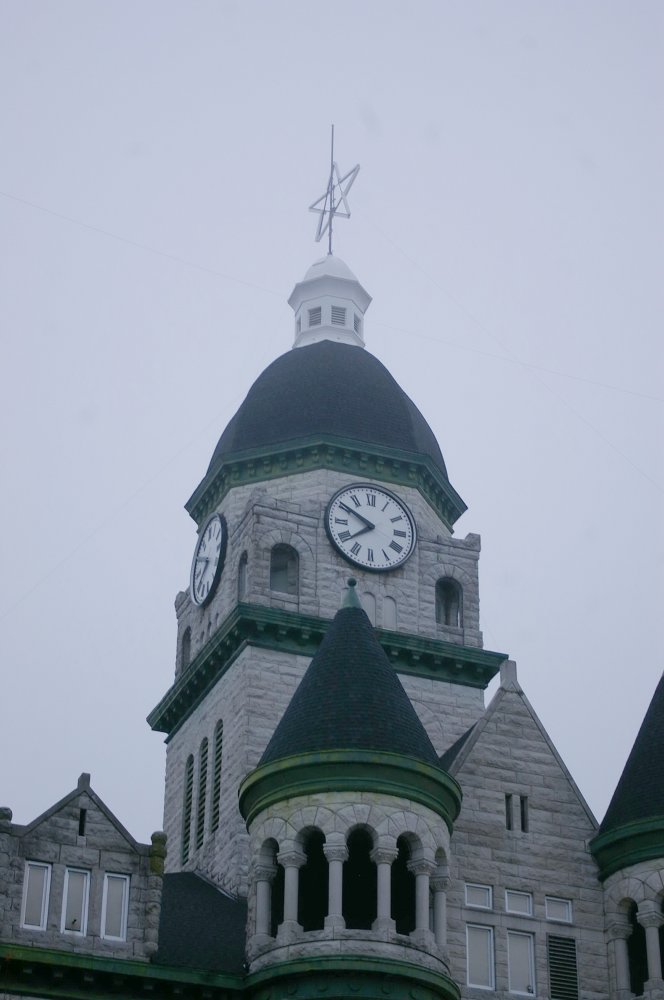 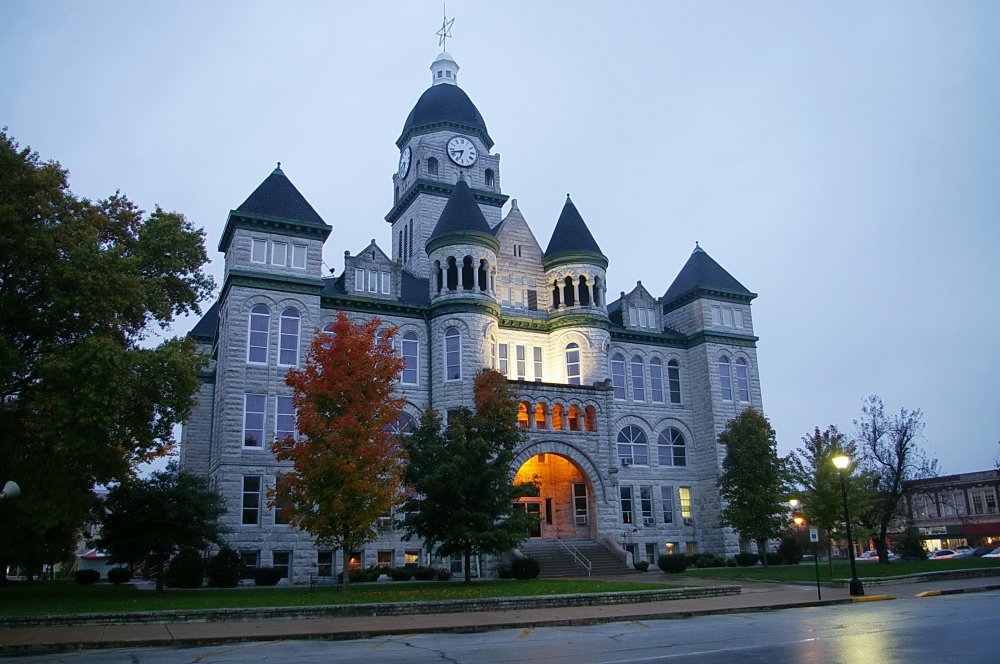 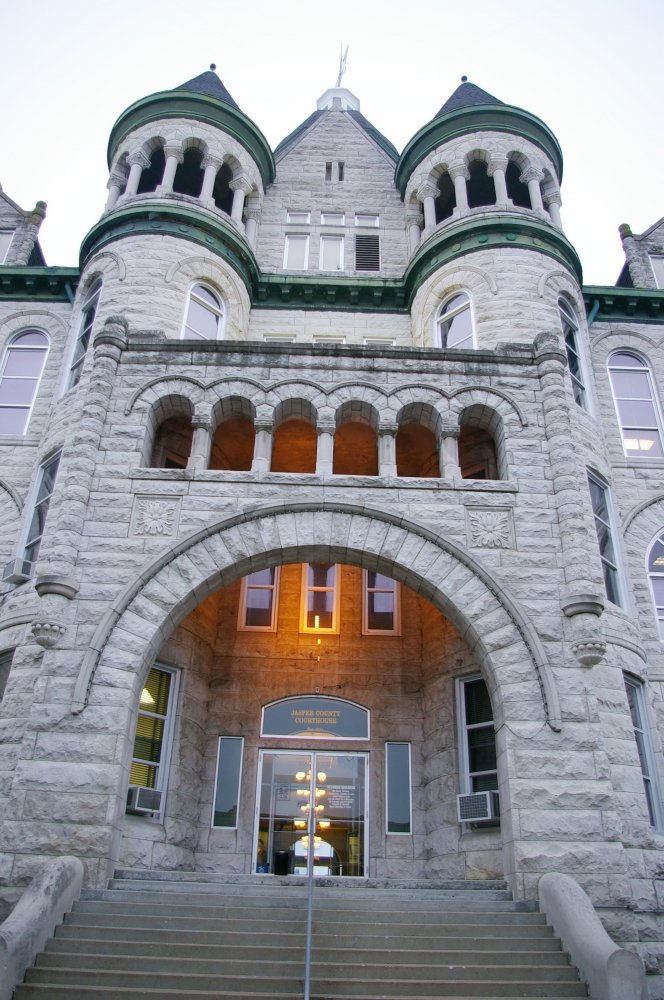