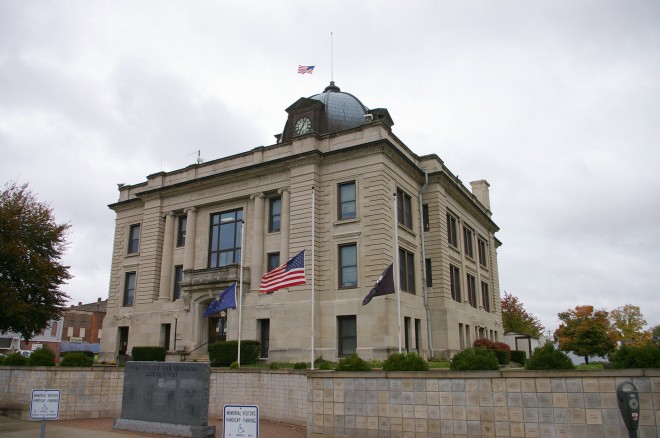 Owen County is named for Abraham Owen, who was a colonel and who died at the Battle of Tippecanoe.

Description:  The building faces west and is a three story light brown colored stone and concrete structure. The building is located on landscaped grounds in the center of Spencer. The west front has a recessed entrance with small balcony above. There is a large window on the second story. A cornice runs below the roof line. On the center of the roof is a round green colored dome with clocks on each side. All of the doors, trim and moldings in the courthouse are made of oak. The baseboards however, are marble. The stairways are of cast iron construction with ornate iron balustrade in a geometric design. The geometric design of the balustrade is the same from the first story to the third story. The banisters and newel posts are all constructed of iron with oak railings. The courtroom is centrally located on the west sode of the third story and has a spacious high-ceilinged room with more ornate pilasters than any other place in the courthouse. The capital of the twenty foot high columns is a cartouche with leaf and circular shapes surrounding it, ending with folded draped patterns on either side of the base of the capital. A stylized vine pattern is used briefly just below the capital outlined by the same rectangular classical ornamentation used throughout the courthouse. The building houses the County Circuit Court of the 20th Judicial District. 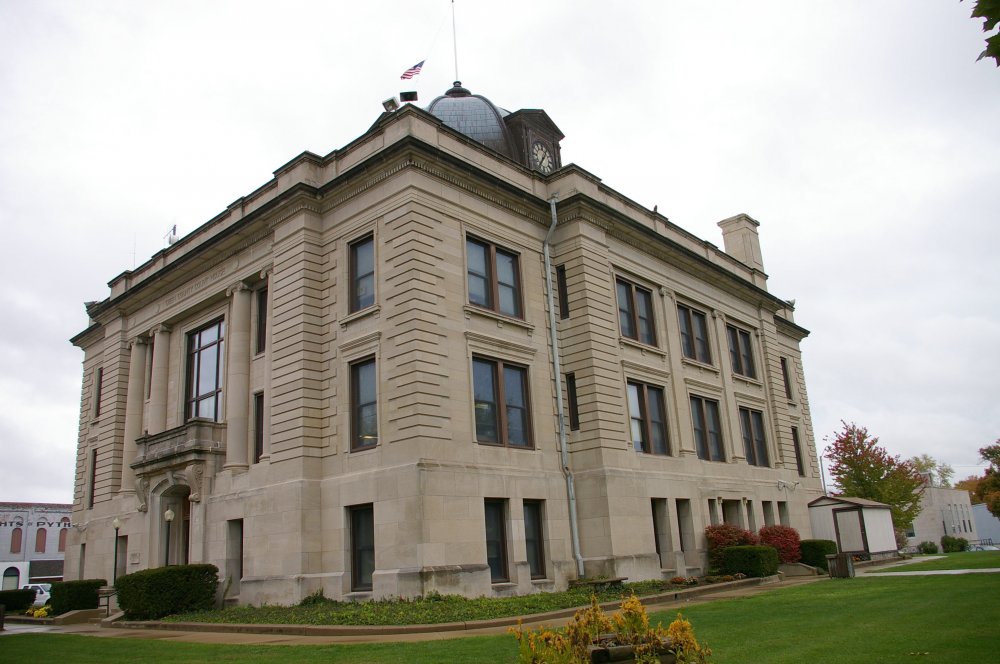 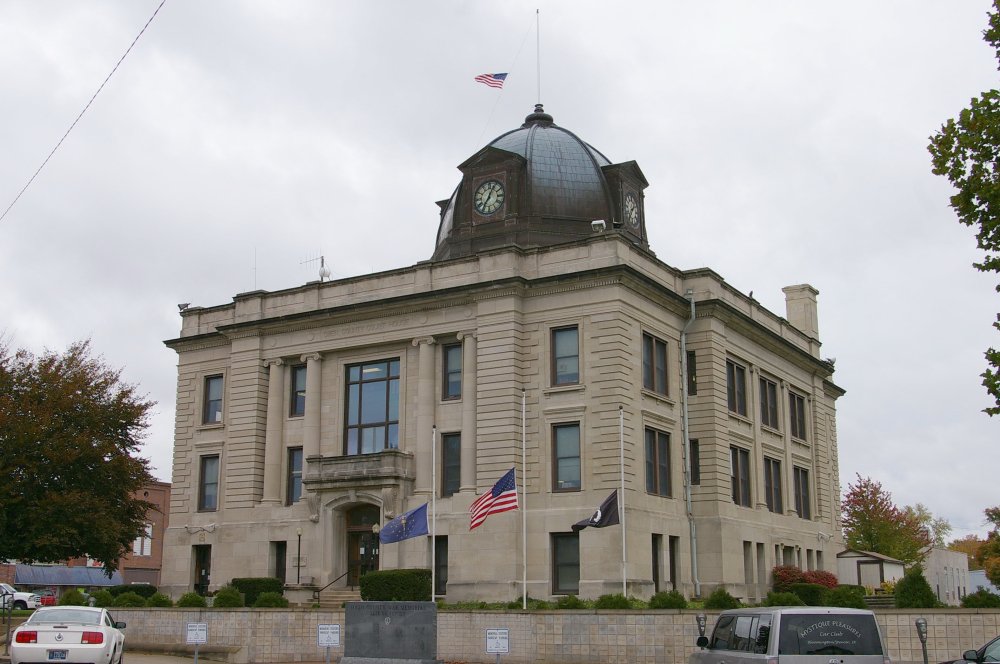 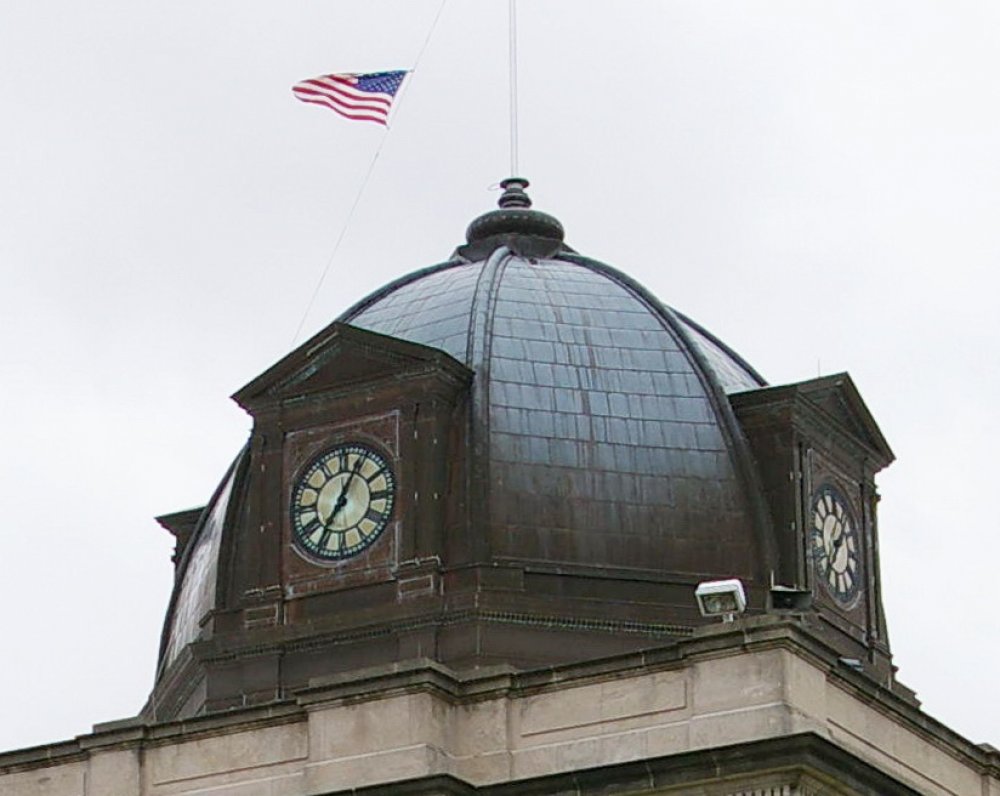 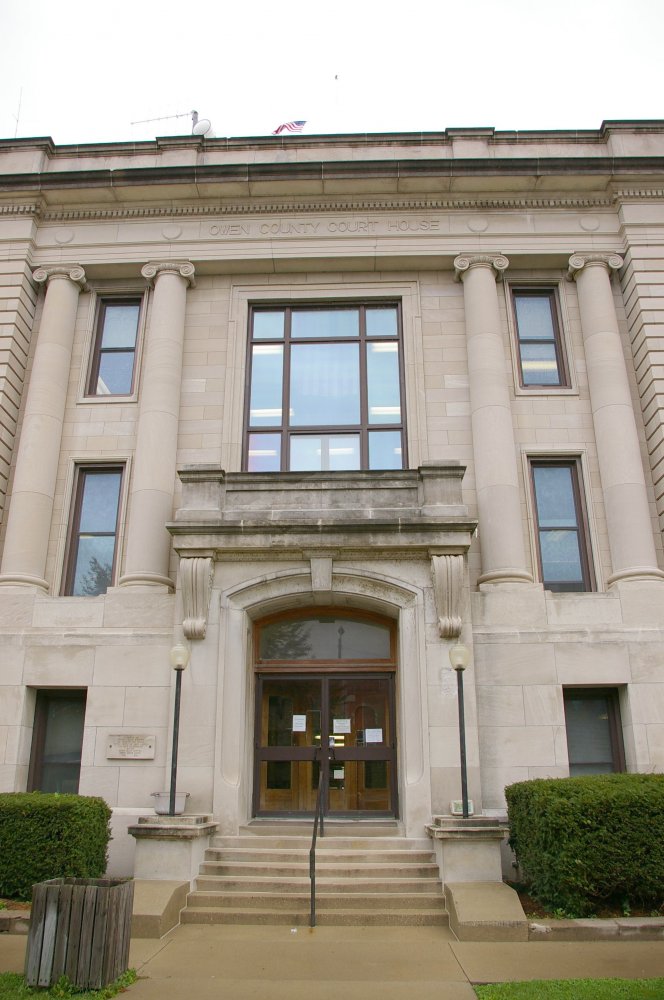 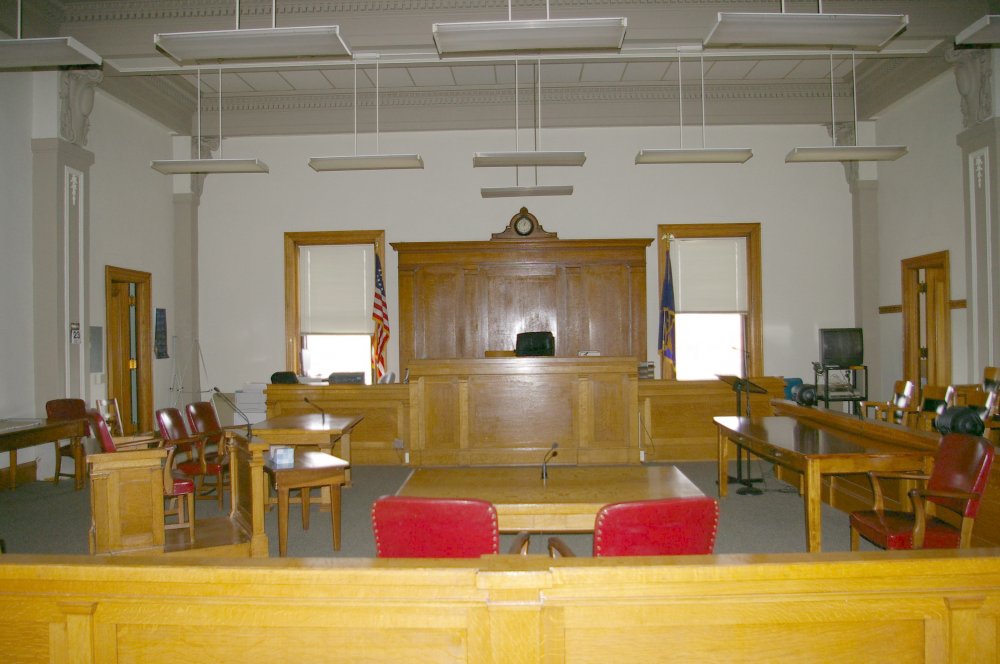 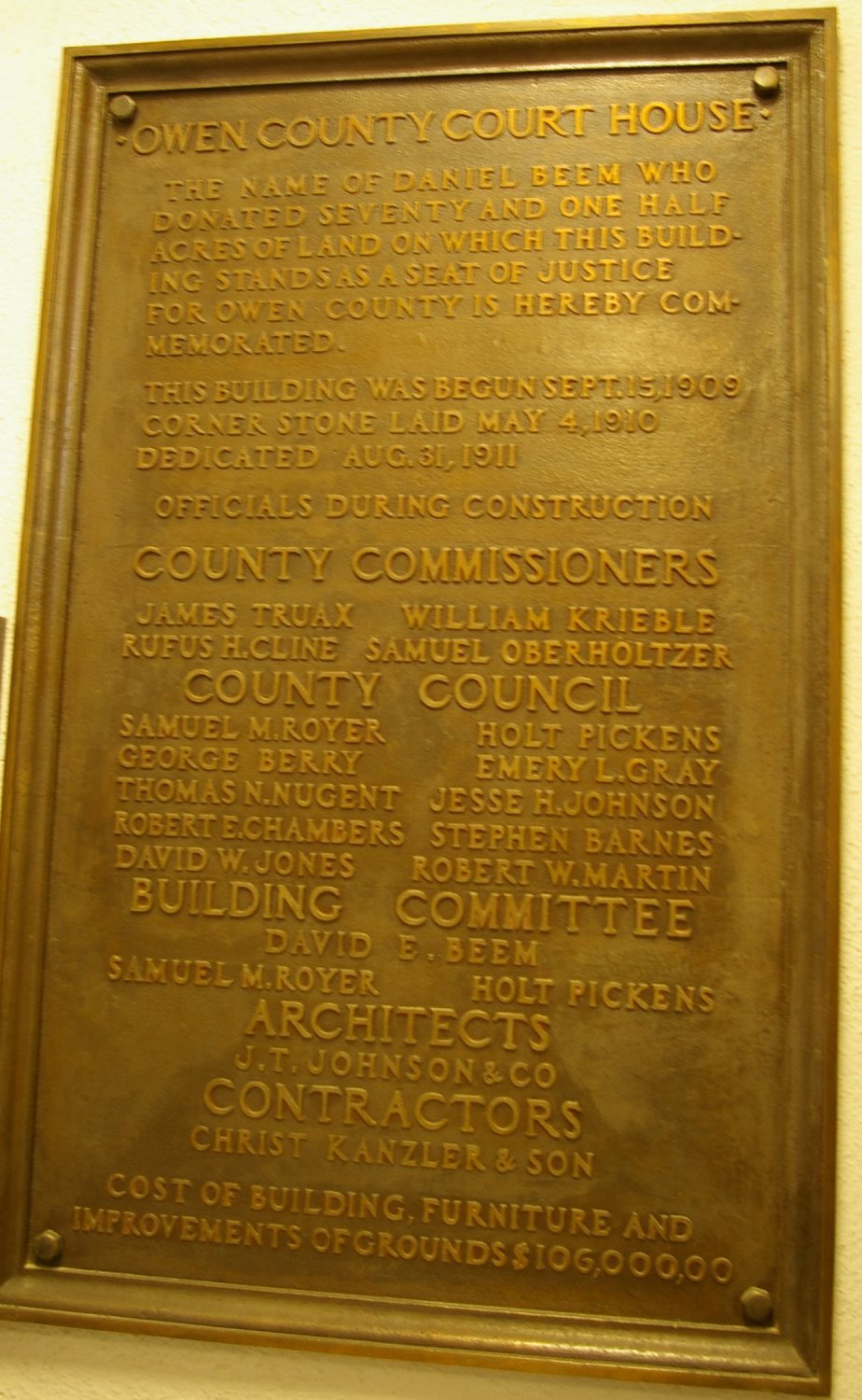