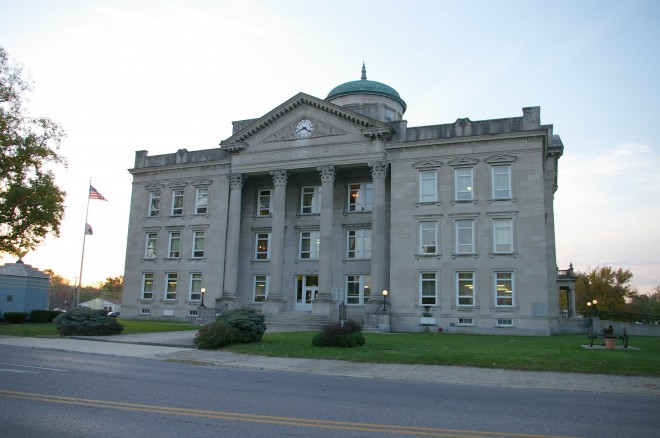 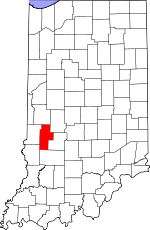 Description:  The building faces north and  is a three story gray colored stone structure. The building is located on landscaped grounds in the center of Brazil. The north front has a large portico supported by four large columns rising to a wide pediment containing a clock. On the center of the roof is an octagonal dome with round green colored roof. The interior has a rotunda topped by a colorful octahedral dome of stained glass. The floors are mosaic tile in bright patterns. On the west side are two sets of curving marble stairs with decorative metal balustrades. Marble balustrades also surround the open spaces, which are flanked by Ionic columns, on the upper stories overlooking the atrium. The halls feature original brass light fixtures, marble wainscoting, and mahogany veneer trim surrounding the office entrances. The second story contains a large “Convention Hall” with its original platform and maple floors. The third story contains the courtrooms. The Superior Court — originally the Grand Jury Room — on the west is relatively small and unimposing. The circuit court on the east boasts a lavish space ~ restored in the 1980s ~ featuring a recessed arch behind the judge’s bench containing a mural depicting a Roman court scene. Above is a small stained glass skylight. The building houses the County Circuit Court and the County Superior Court of the 19th Judicial District. 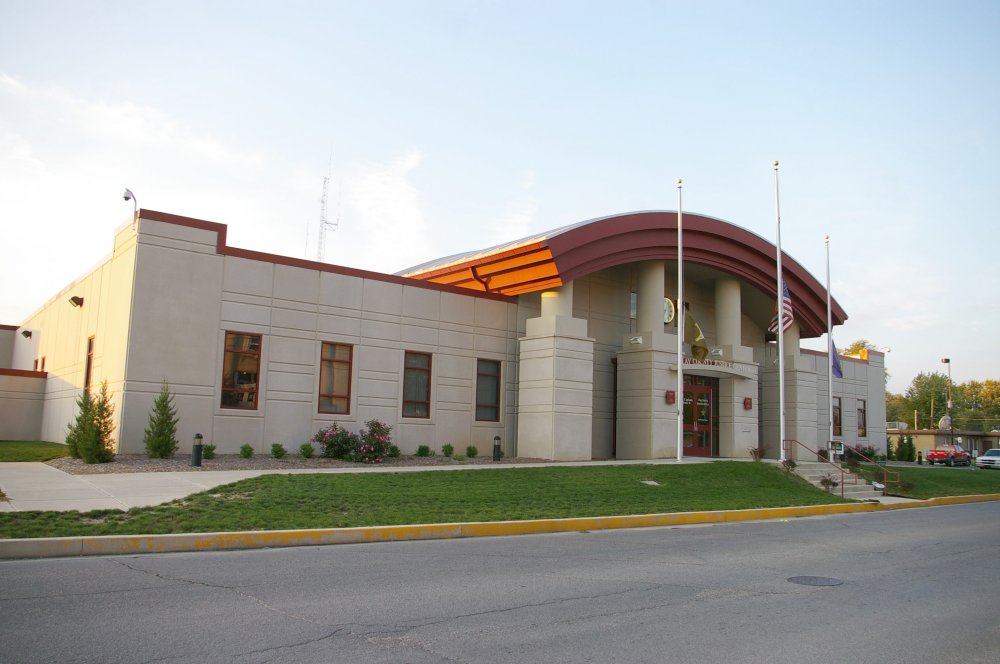 Description:  The building faces north and  is a one story buff  colored concrete structure. The building is located on landscaped grounds in the center of Brazil to the south of the courthouse. The north front has projecting central entrance with four large pillars with short columns supporting a curved roof on the center of the building. 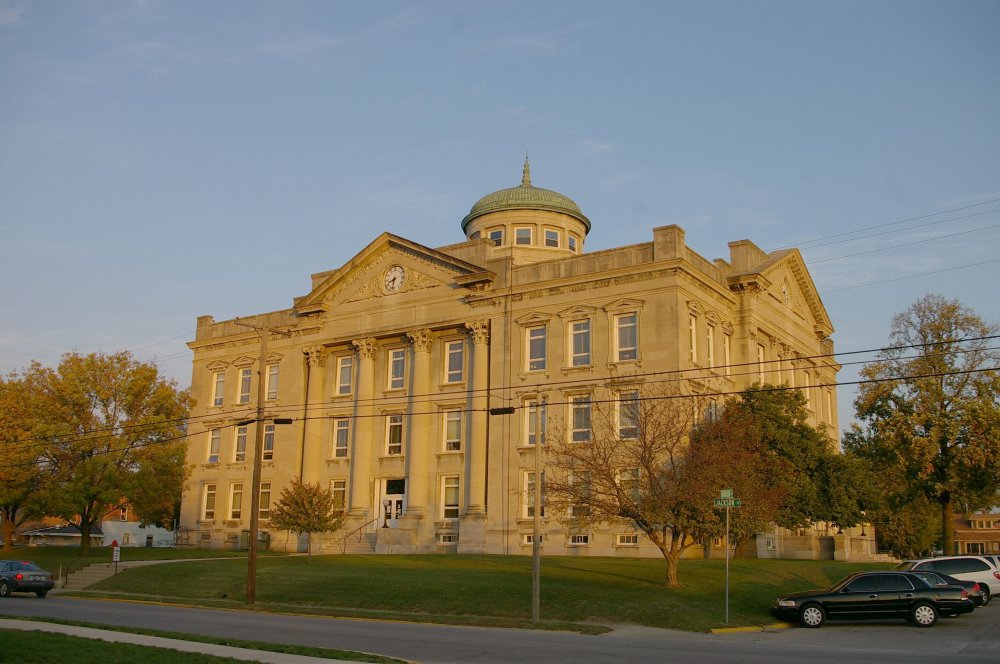 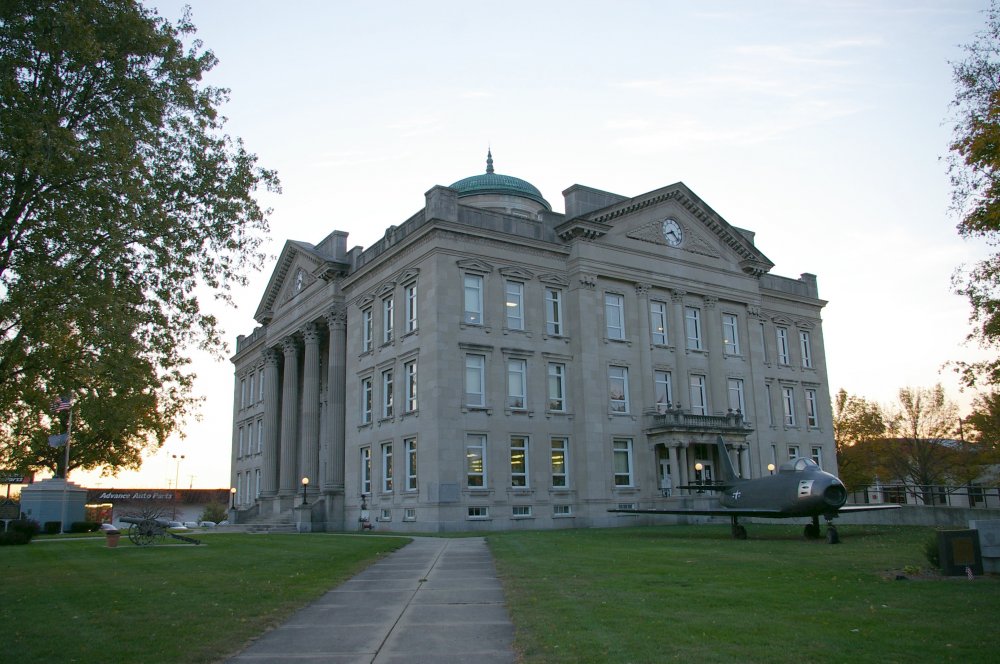 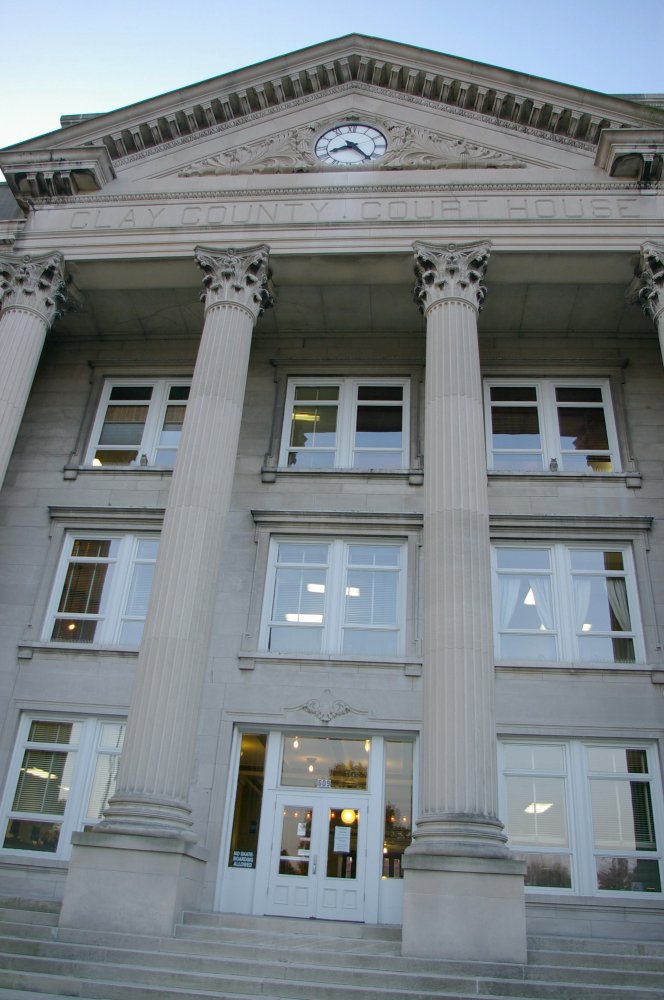 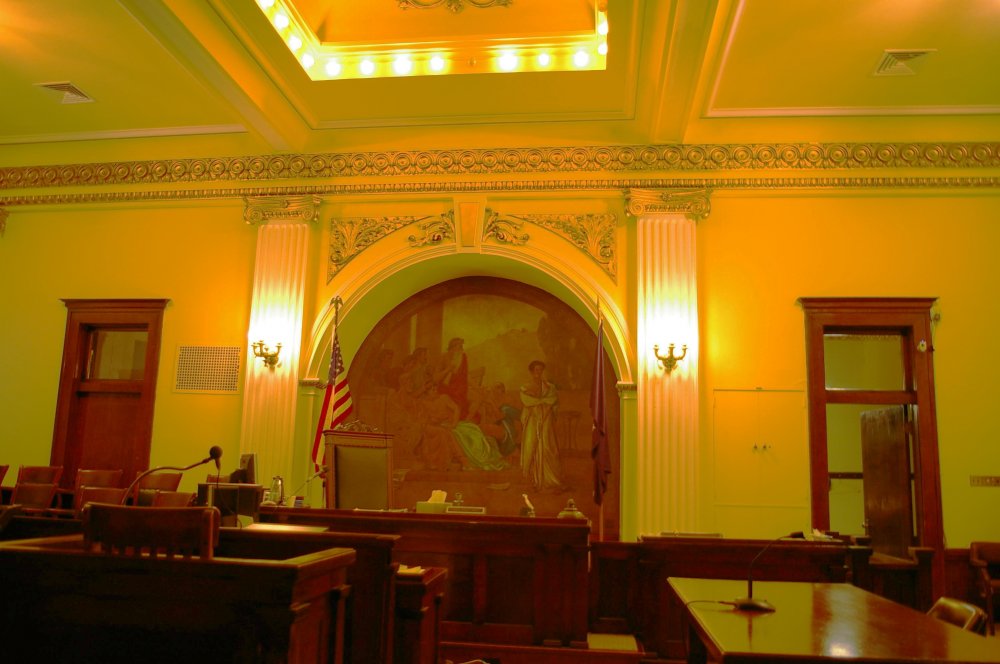 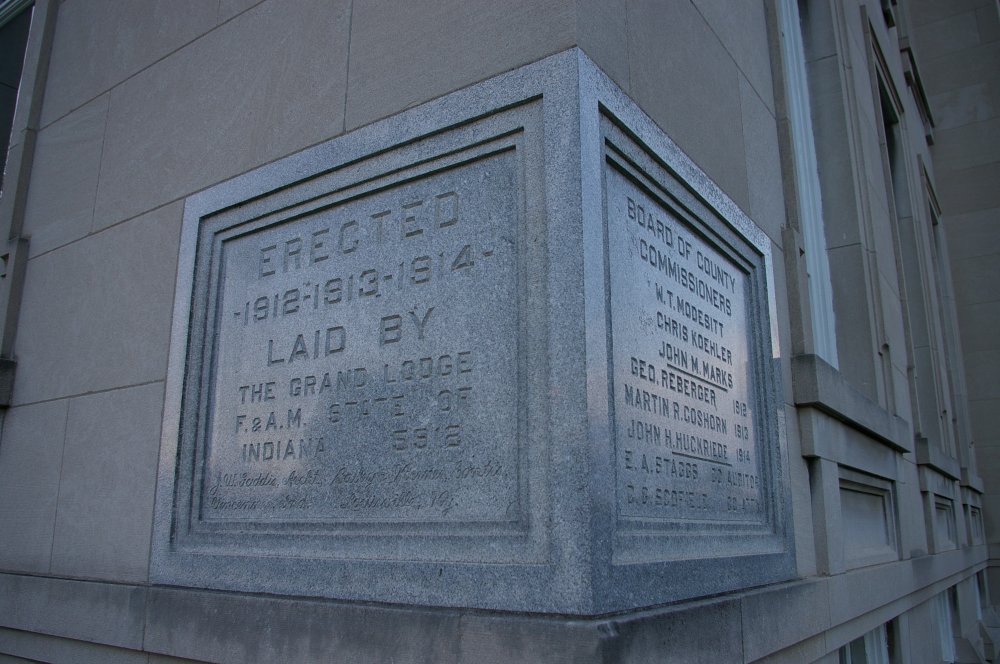