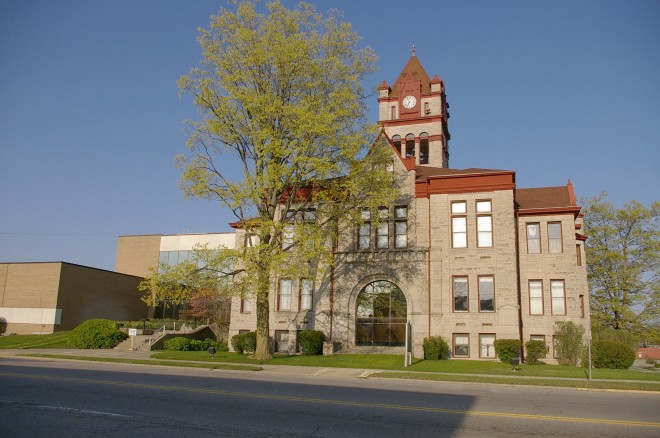 Cass County is named for Lewis Cass, who was a territorial governor and Secretary of War.

Description:  The building faces west and is a two story wood frame with limestone veneer structure. The west front has a large arch at the central entrance with three narrow vertical windows on the second story. The north and south section project from the main building. On the center of the roof is a high square clock tower with steep red colored peaked roof. A wing was added on the north side in 1976.

Description:  The building faces north and is a one story structure. 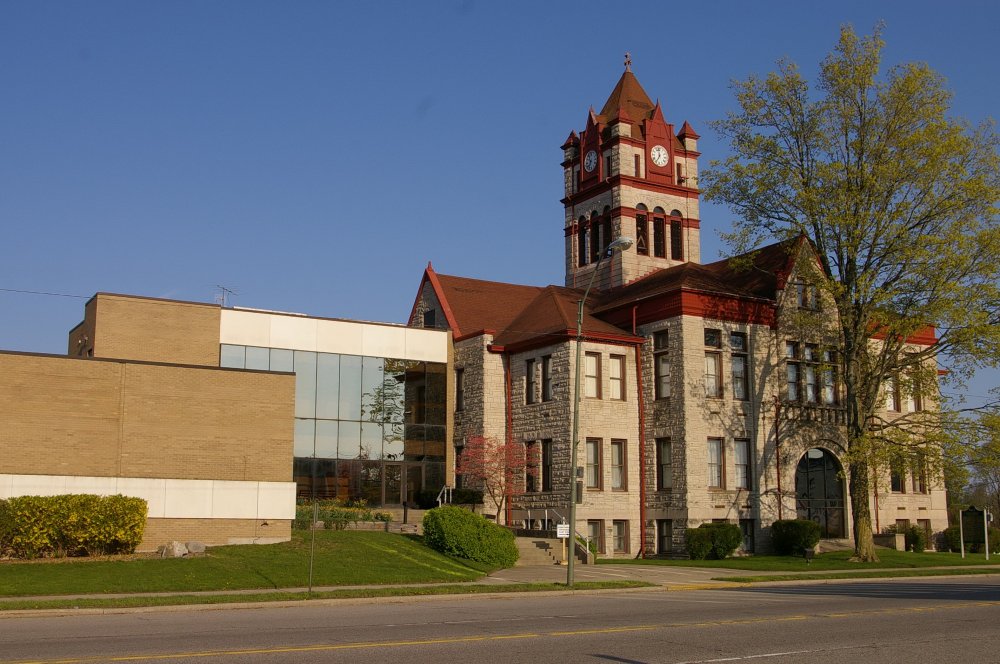 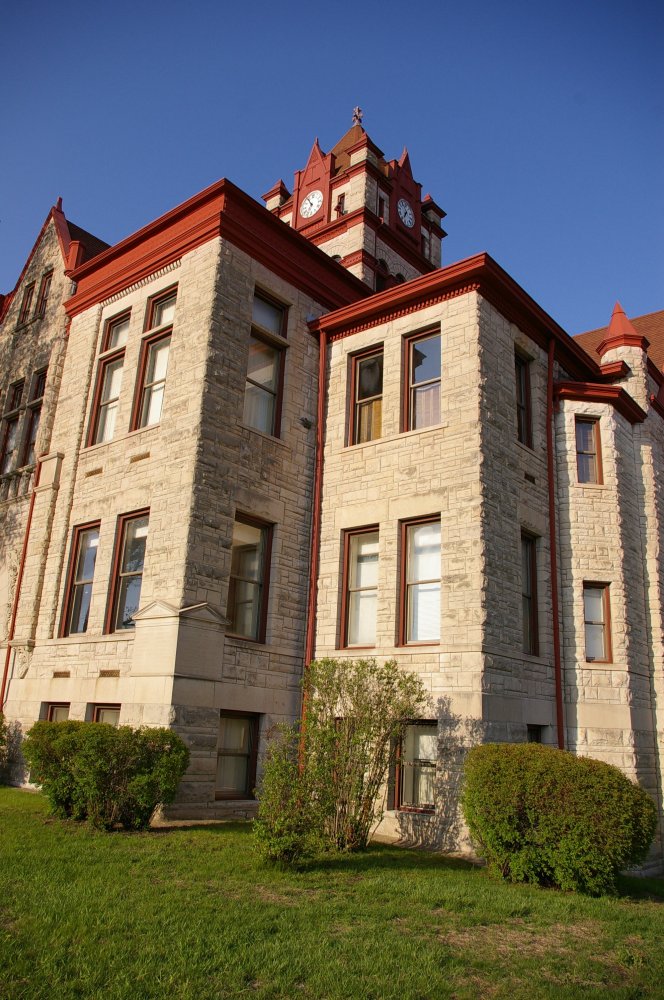 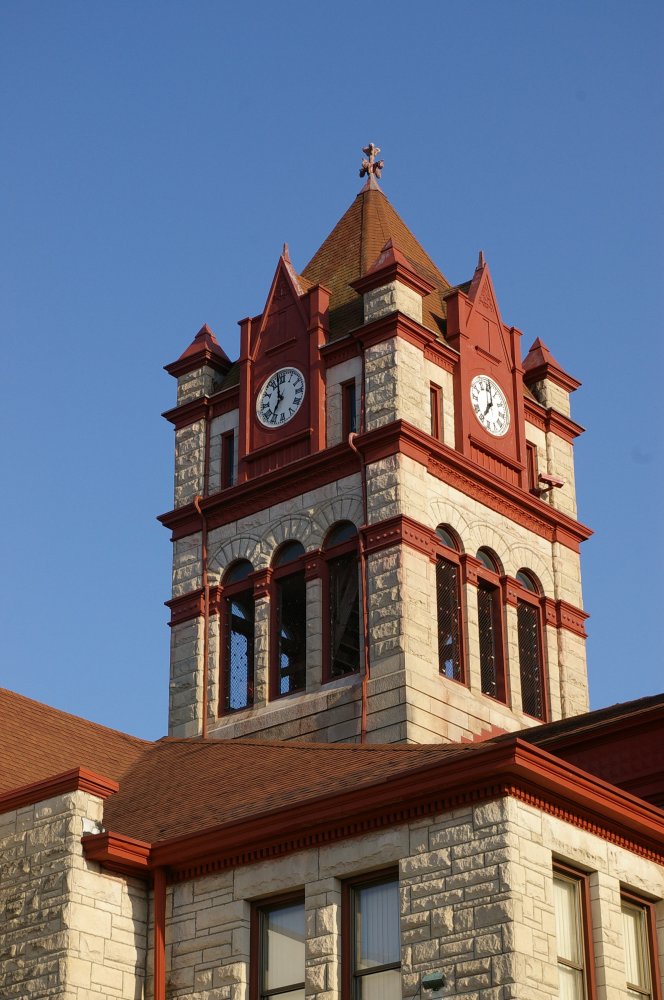 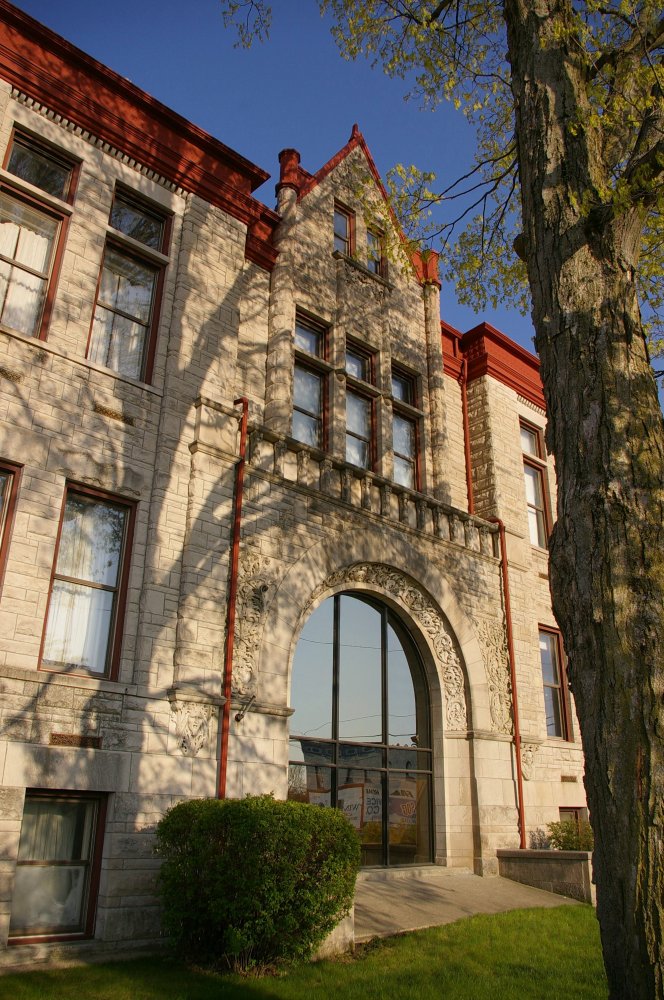 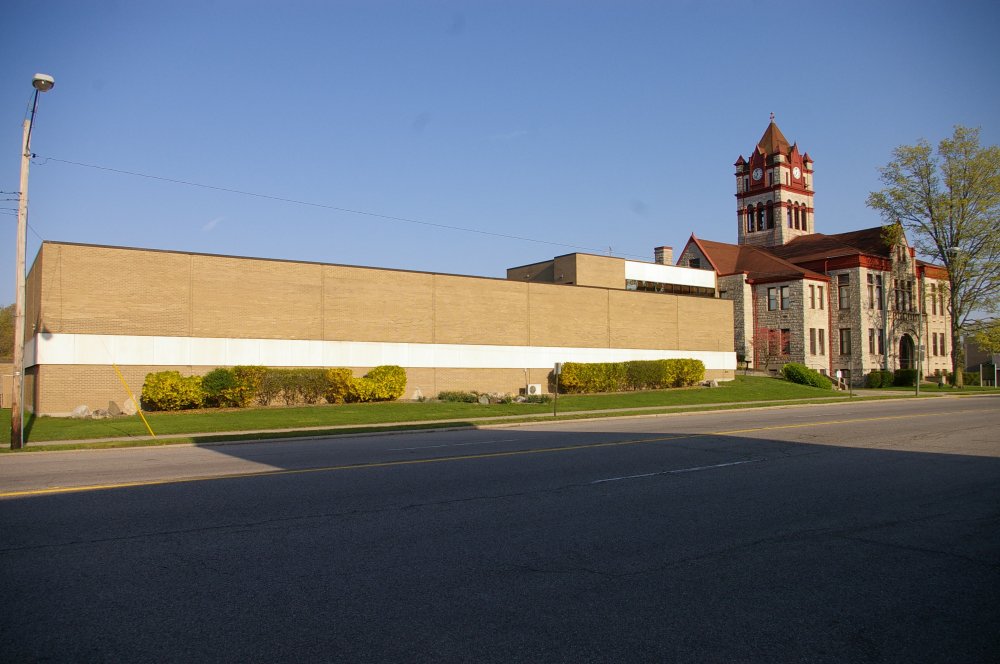 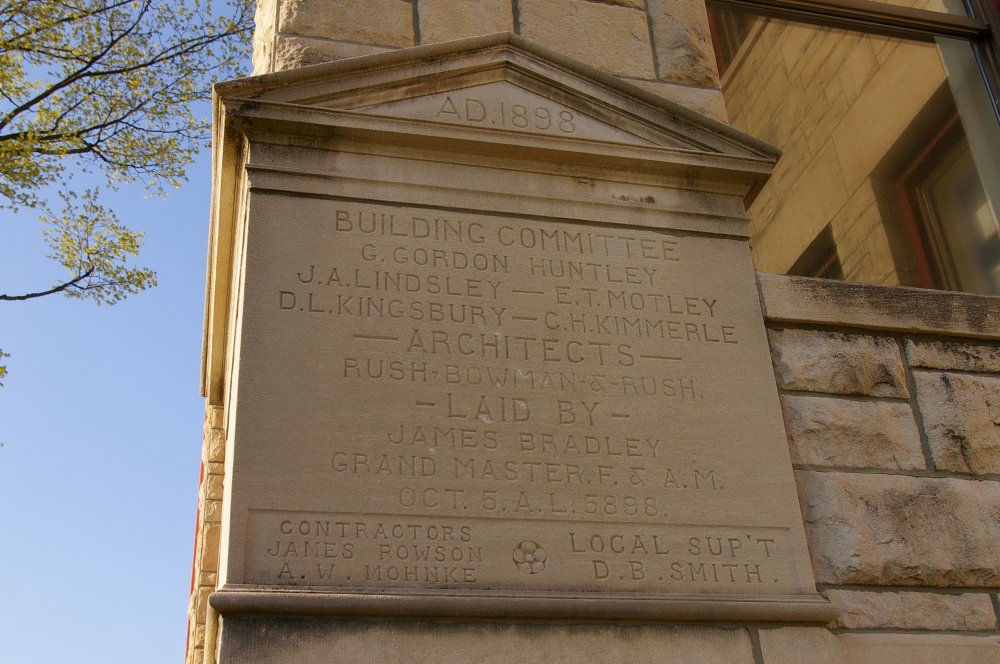 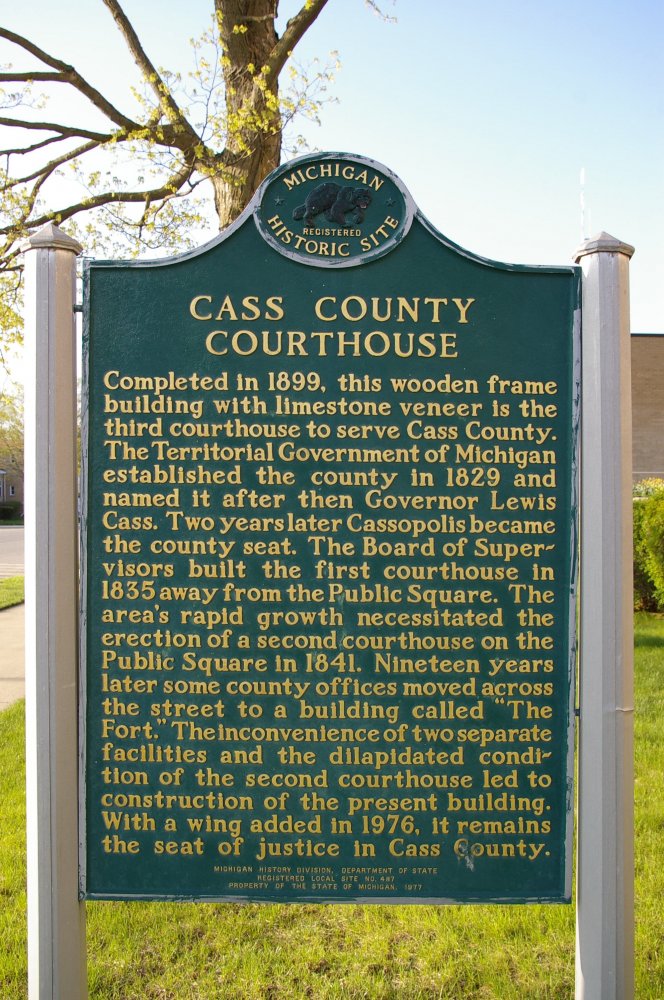