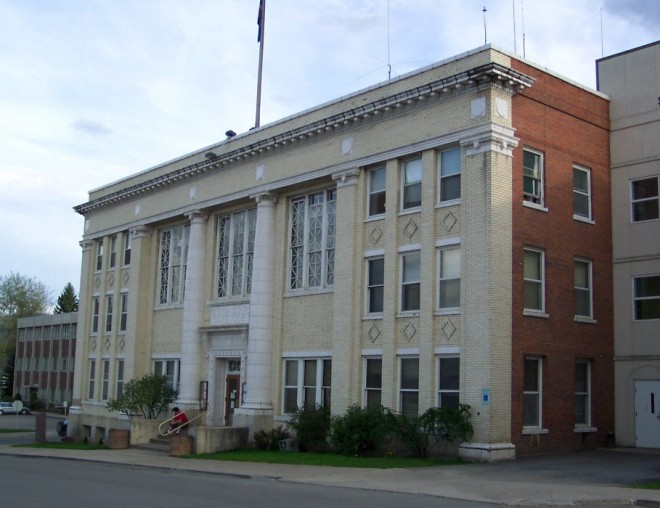 Benewah County is named for a Chief of the Coeur d’Alene Native American tribe. 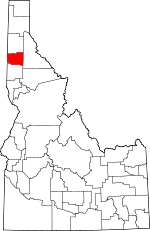 Description:  The building faces north and is a three story red colored brick and concrete structure. The rectangular shaped building is located in the center of St. Maries. The foundation is concrete. The north front has two tall white colored terra cotta columns with the entrance in the center. The building has an ivory colored pressed brick veneer on the north front and east side and red colored brick on the other two sides. On the upper stories are diagonal muntins and diamond patterns created by raised brick courses. The center section is recessed. There are three large windows above the entrance. A cornice runs below the flat roof line on the north front and east side. In the interior are hardwood floor, brown, gray and blue colored tiled wainscoting in the hallways, plaster walls and door moldings. The courtroom is located on the west side of the second story. The building houses the County District Court and County Magistrate Court of the 1st Judicial District.

History:  The county was created in 1915 and St. Maries was selected as the county seat. An old school building was used as the first courthouse. The second and present courthouse was constructed in 1924 to 1925 at a cost of $87,990. 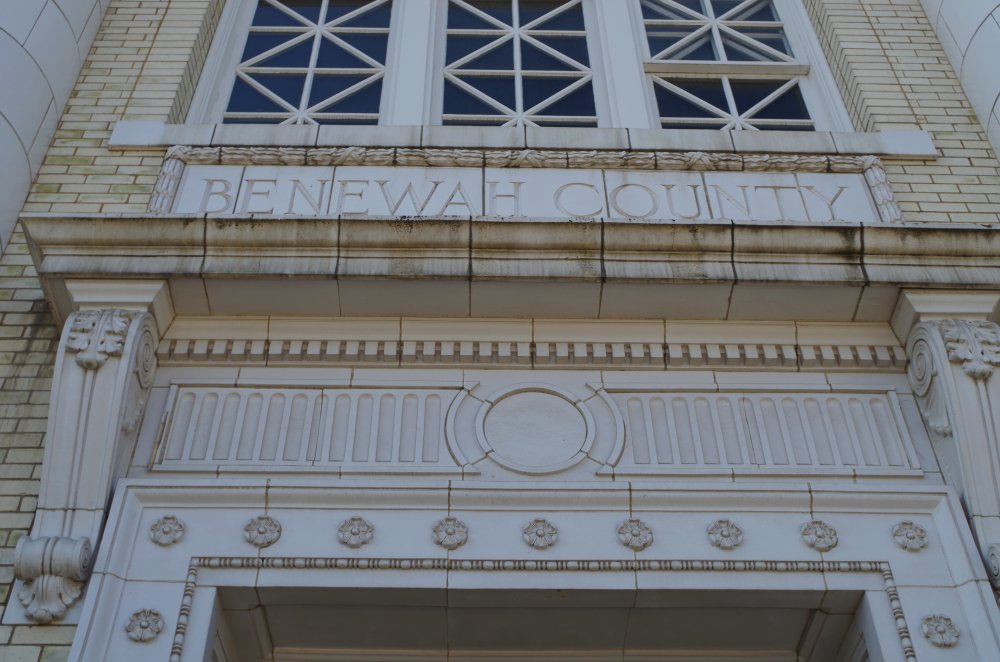 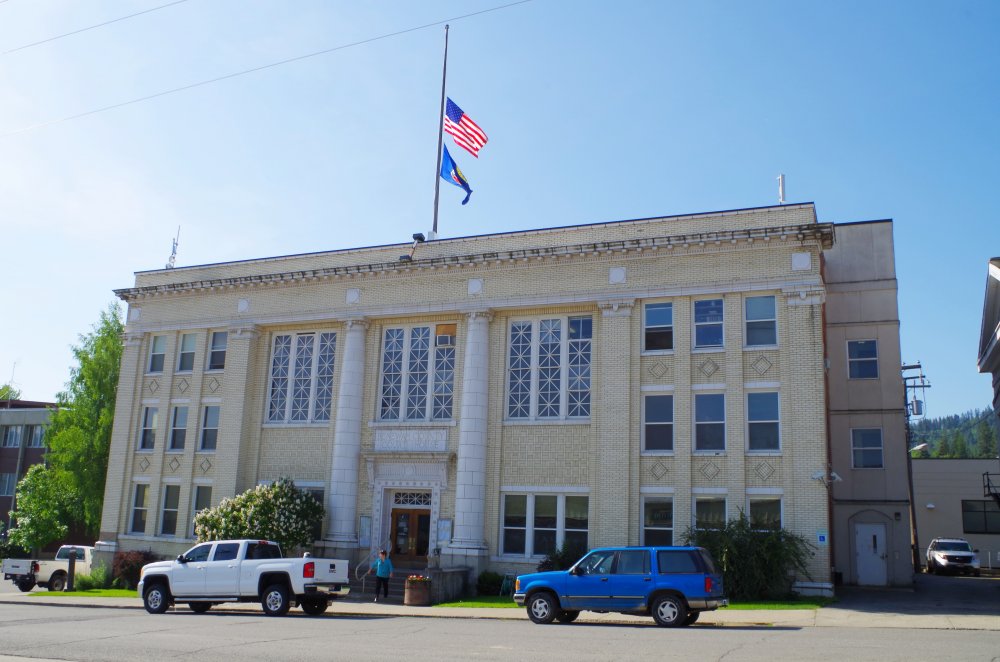 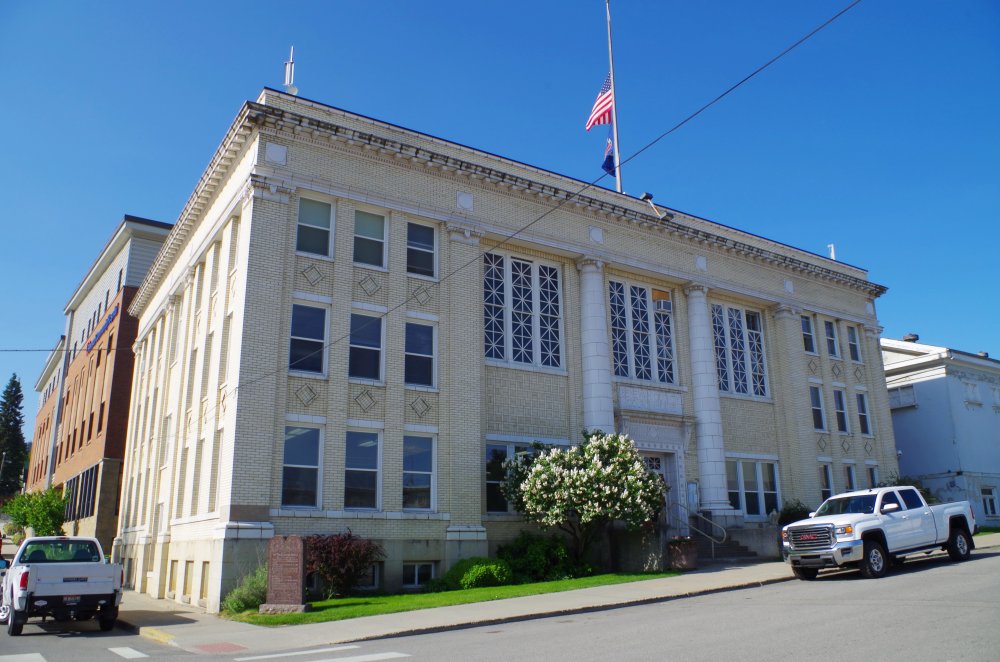 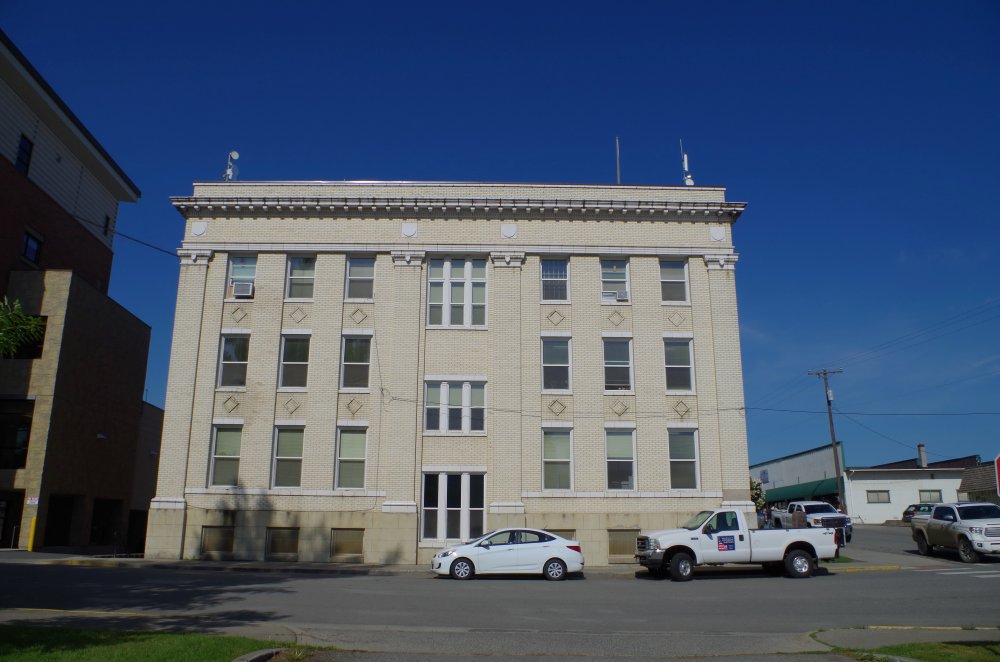 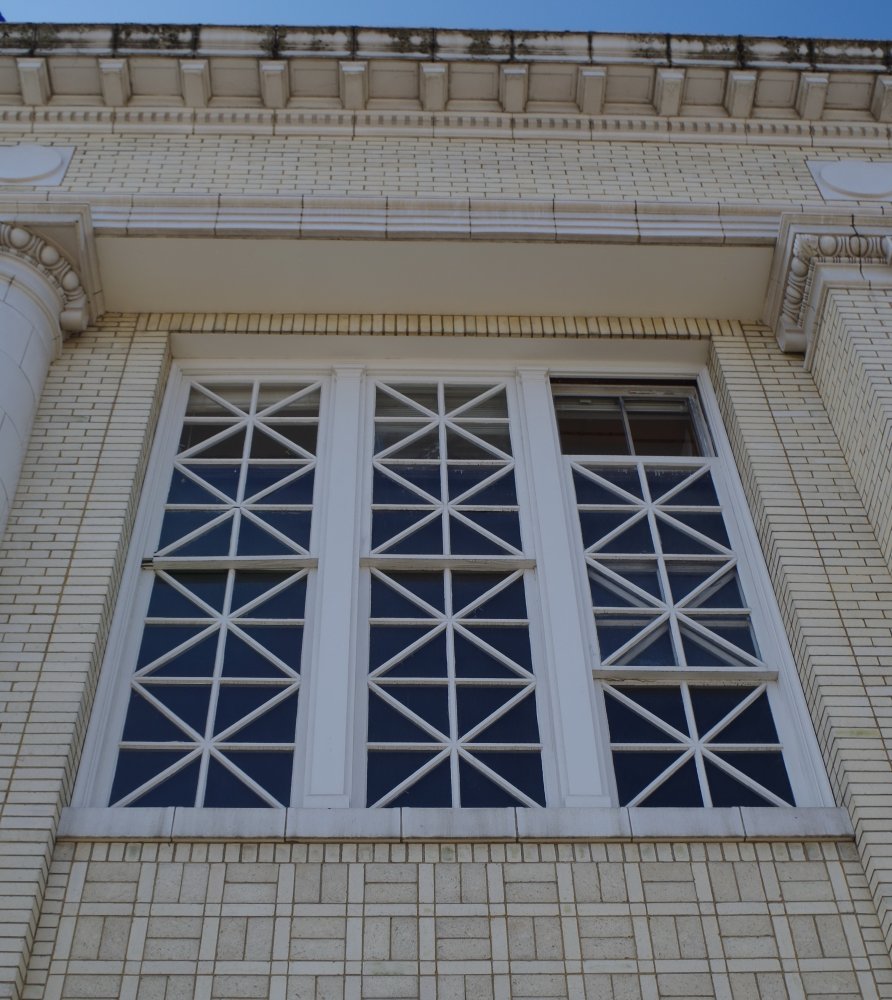 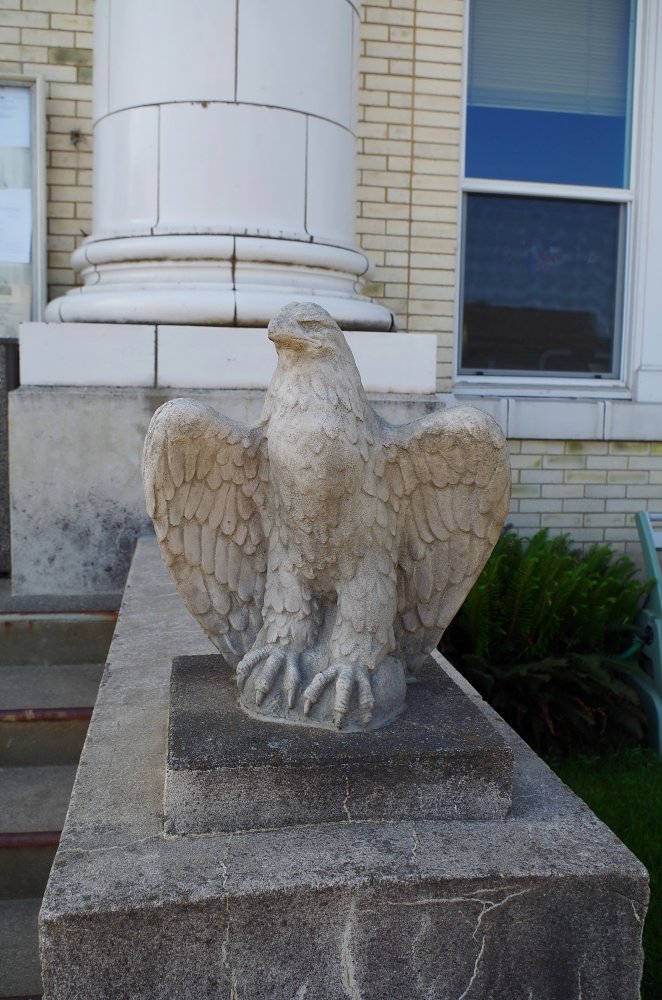 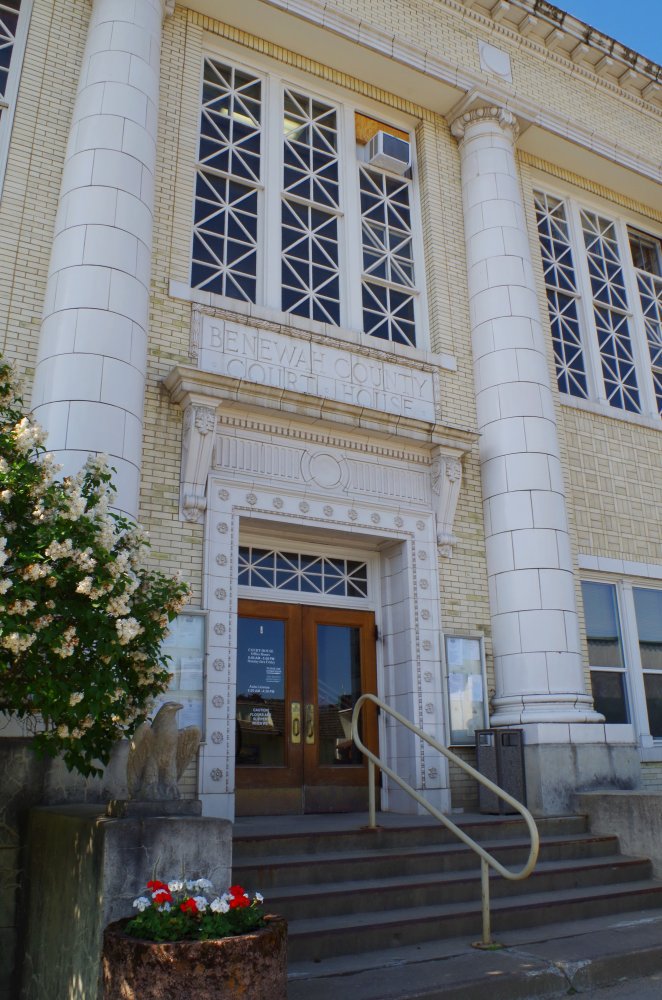 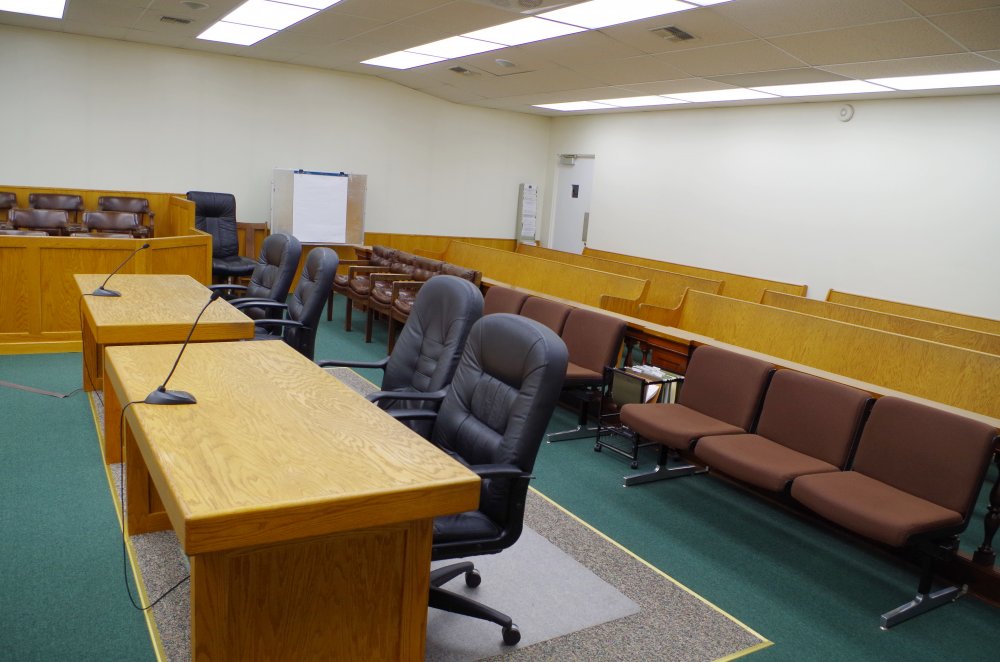