Kootenai County is named for the Kutenai Native American tribe who resided in the region. 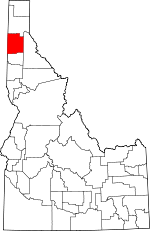 Description:  The building  faces east and is a two story buff colored brick and concrete structure. The building is located on landscaped grounds in the center of Coeur d’Alene. There is a small portico at the front with small balcony above. The second story round arched windows continue the balustrade motif. Below these windows is a cut-stone and terra cotta band molding. Brick pilasters with terra cotta round arches frame the windows. A lower section extends on either side of main building. The roof line is flat. In the interior there are three courtrooms which are located on the third story. 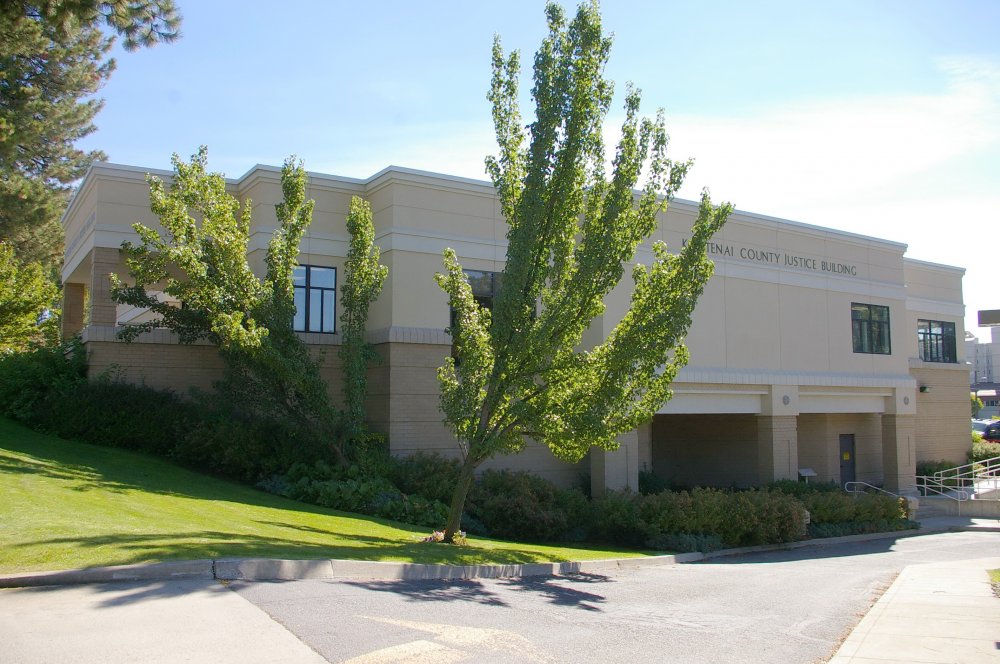 Description:  The building  faces north and is a two story buff colored brick and concrete structure. The building is located on landscaped grounds in the center of Coeur d’Alene  on the west side of the courthouse. The main north entrance is on the second story and the building descends south down a slope with west entrance on the first story. The roof line is flat. The building houses the County District Court and County Magistrate Court of the 1st Judicial District. 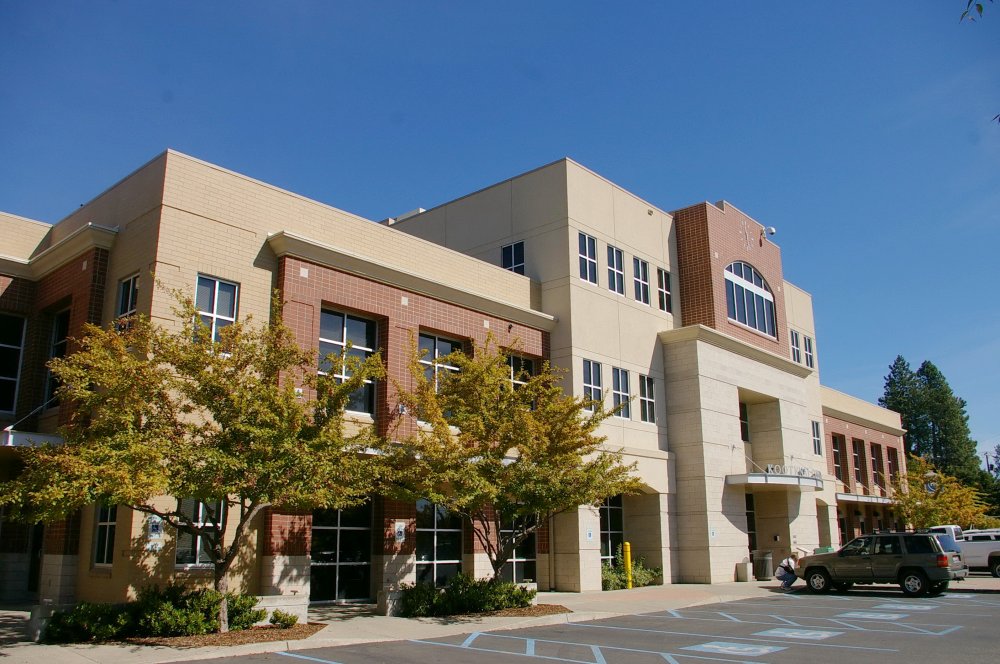 Description:  The building  faces south and is a three story red and white colored brick and concrete structure. The building is located on landscaped grounds in the center of Coeur d’Alene on the south side of the courthouse. The roof line is flat. 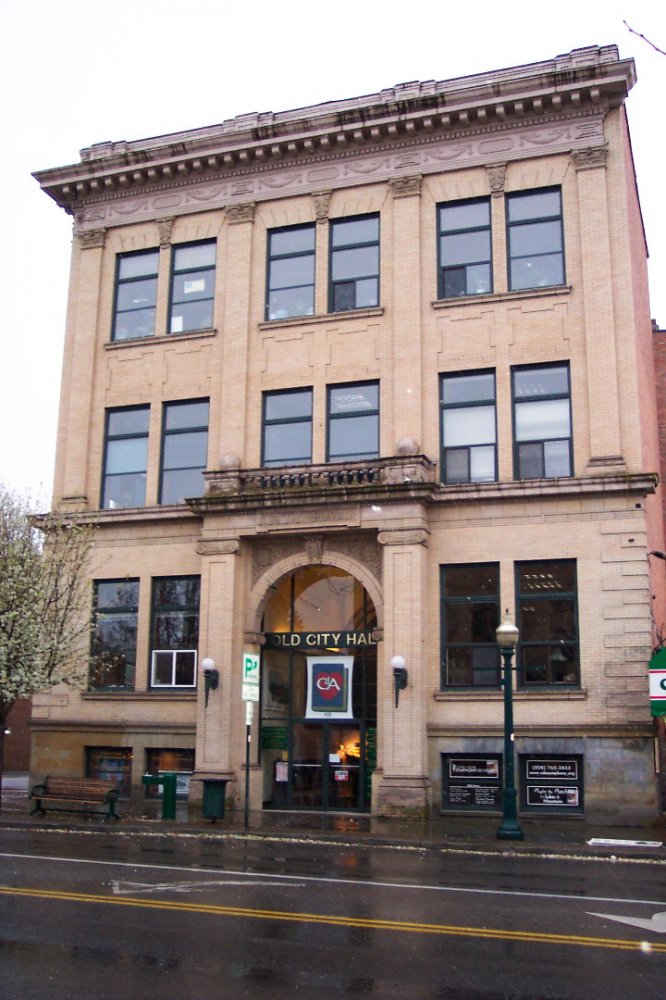 Description:  The building  faces west and is a three story buff colored stone, brick  and concrete structure. The building is located in the center of Coeur d’Alene. The west front has a projecting center section with a round arched entry with a modillion-like keystone. The terra cotta ornamentation is in the spandrels. Pilasters with terra cotta caps support a frieze and cornice with a balustrade on the second story. A wide cornice runs below the flat roof line with ornamentation below. The foundation is constructed of raised smooth stone. The building served as courthouse until 1926 and then as the City Hall.

See:  The Old County Jail built in 1892 is located in Rathdrum at 1940 West 2nd Street and West Gray Street. 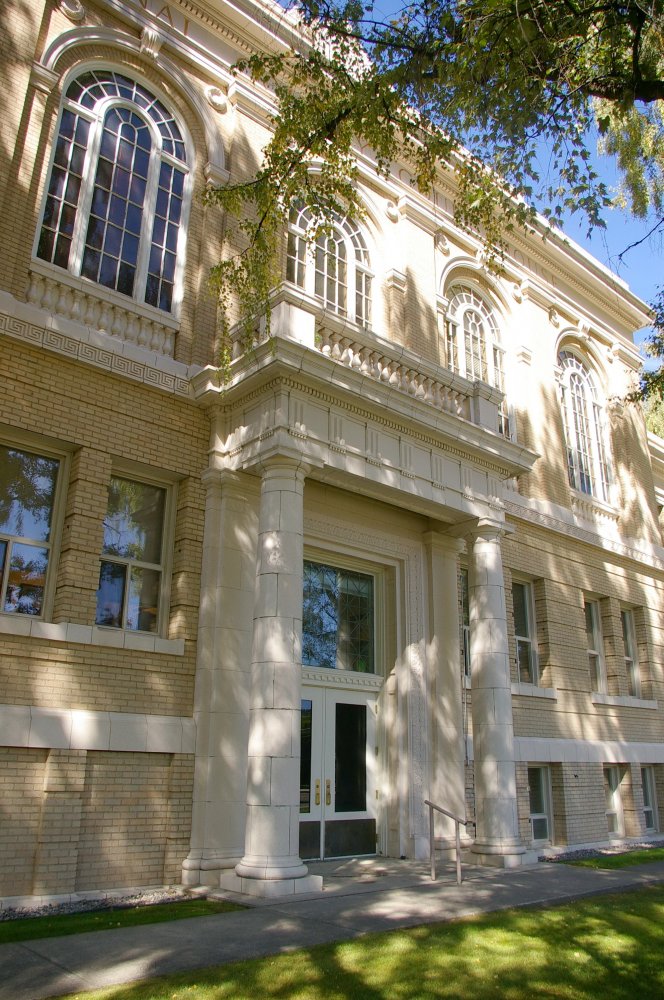 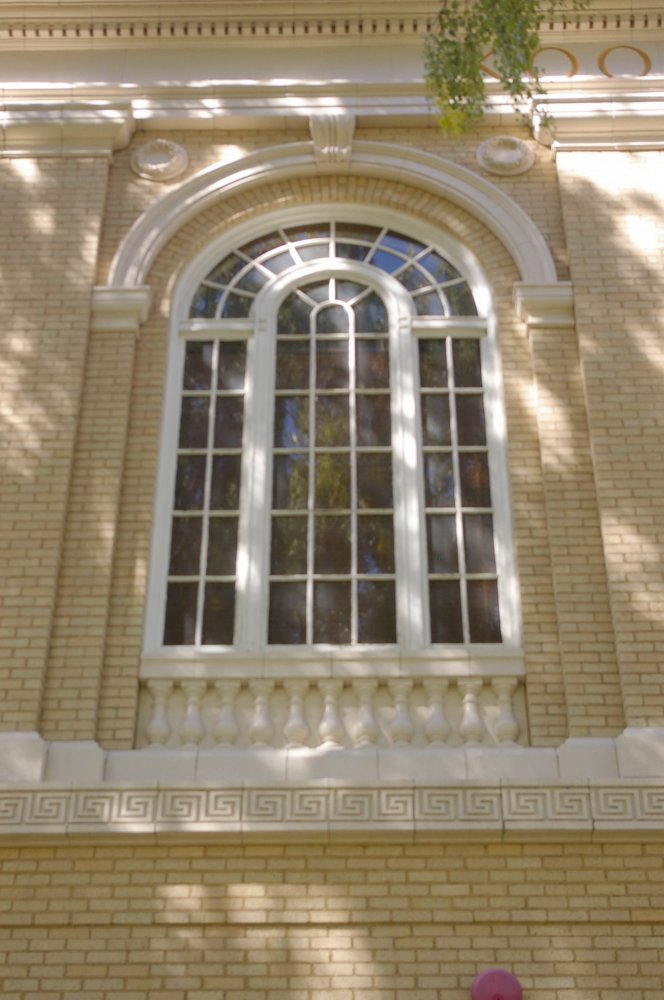 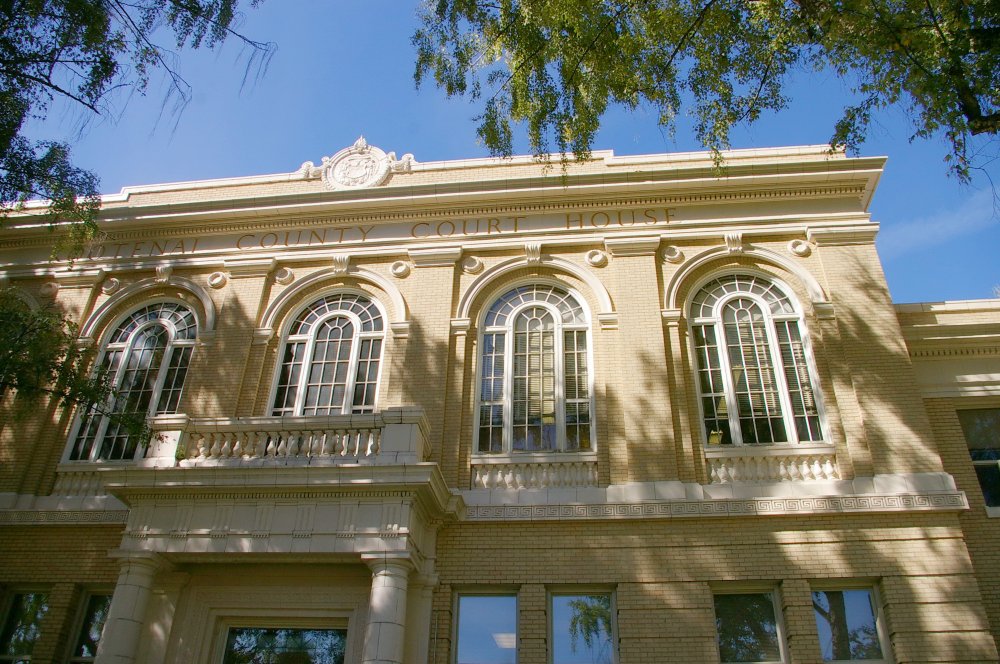 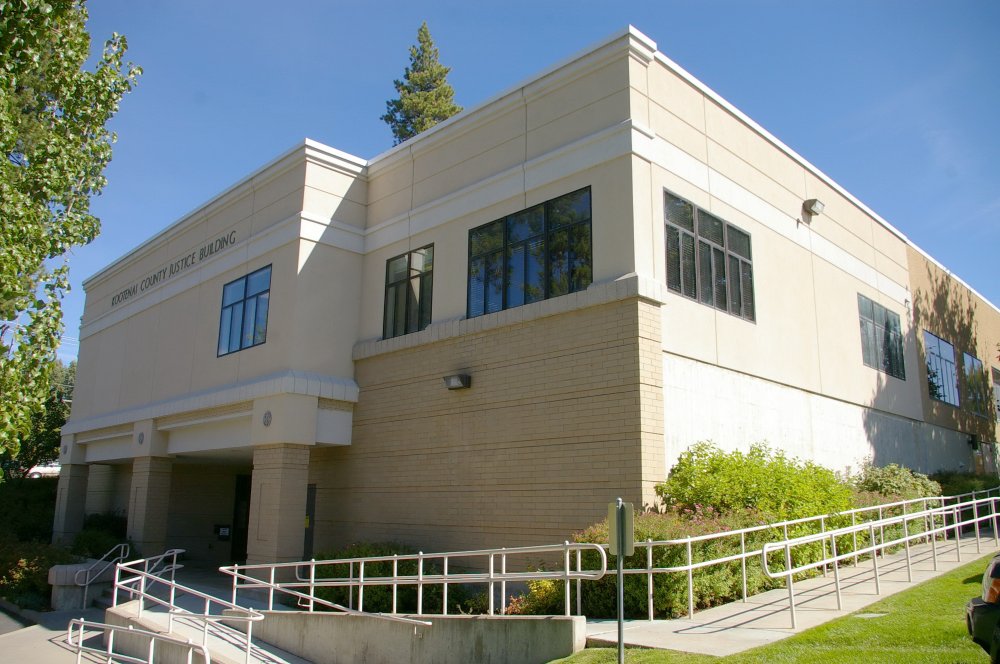 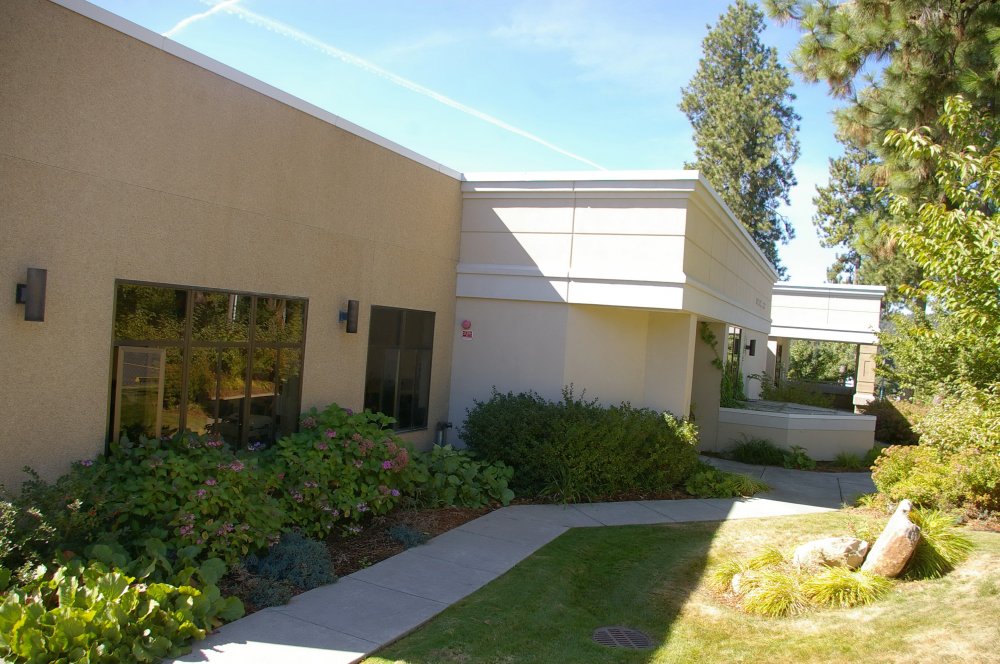 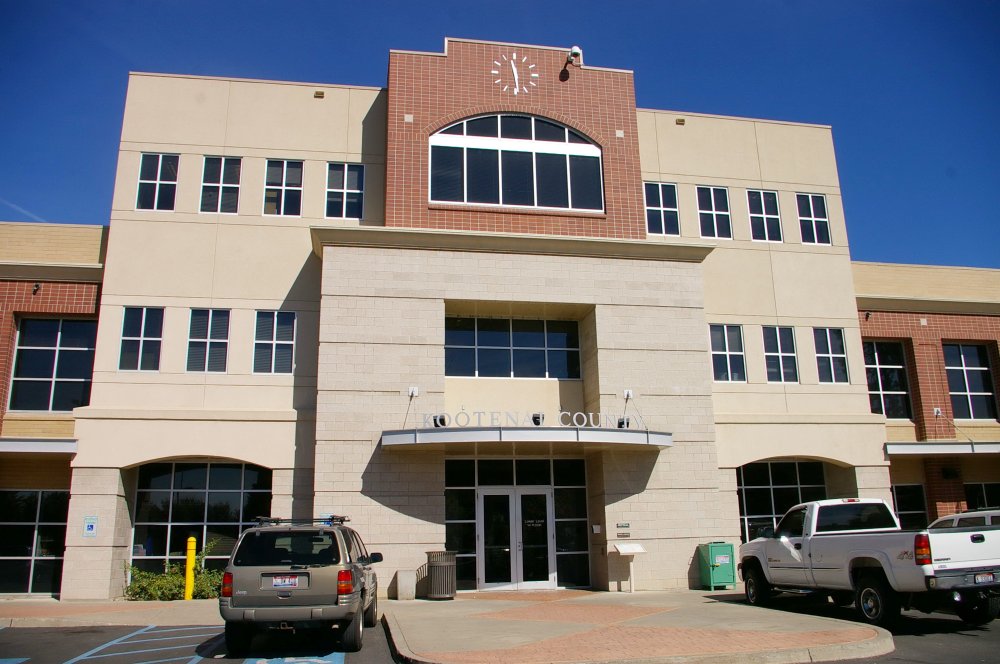