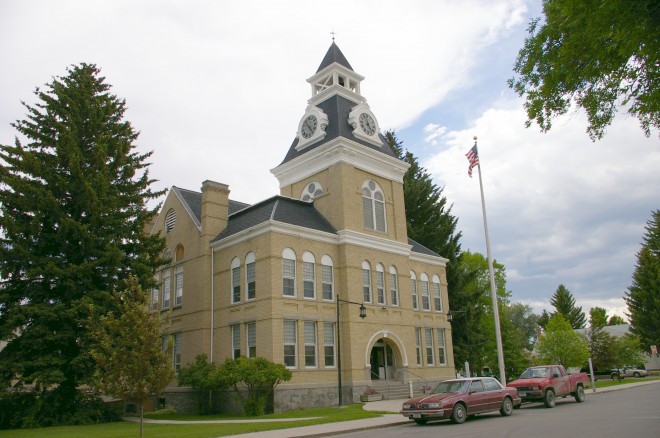 Beaverhead County is named for Beaverhead Rock in the Jefferson River, which rock is shaped like a beaver’s head.

Description:  The building faces northwest and is a two story buff colored brick and wood structure. The building is located on landscaped grounds in the center of Dillon. The northwest front has a wide arch at the central entrance. The center section rises into a large square tower with clock and cupola at the top. The second story windows are arched. The base of the building is course stone. The building houses the County District Court of the 5th Judicial District.  An addition has been added on the southeast side. An addition was constructed on the east side in 1974 and 1975. The architect was Johnson-Graham Associates and the contractor was Robert A Taylor Construction. 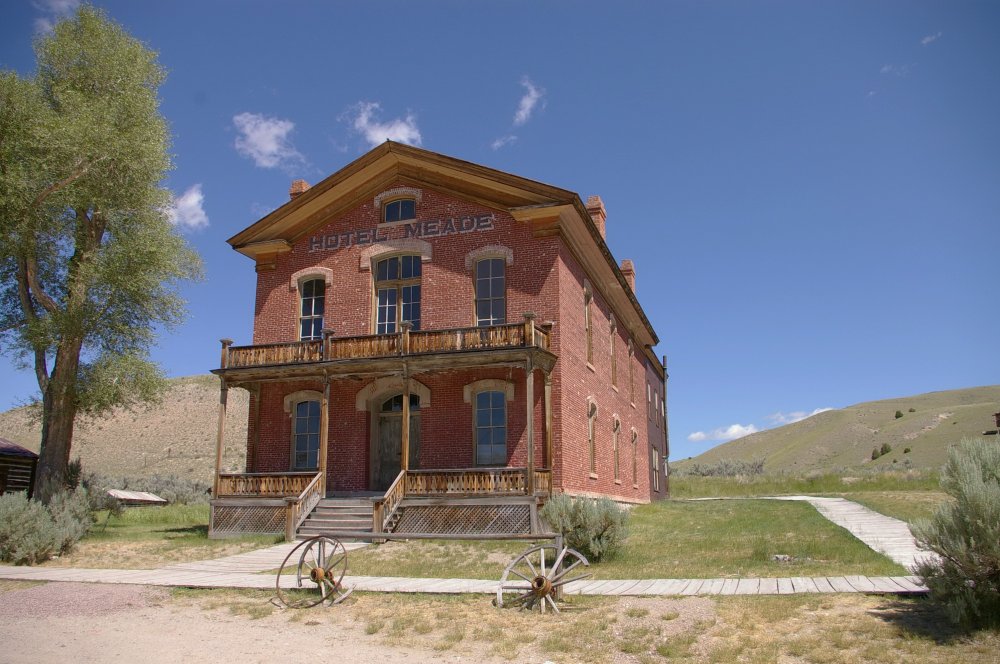 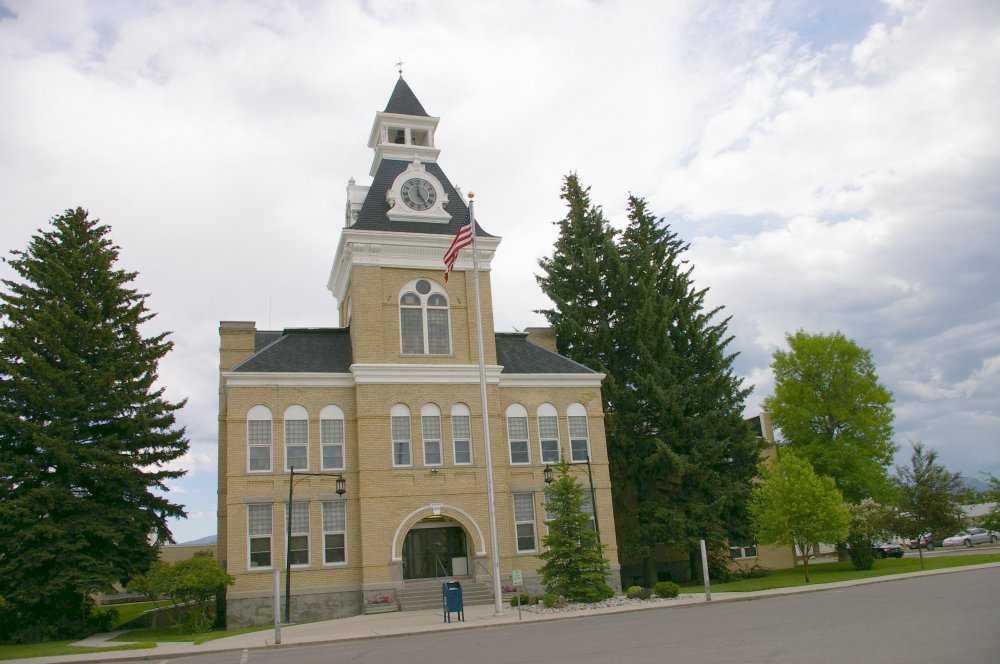 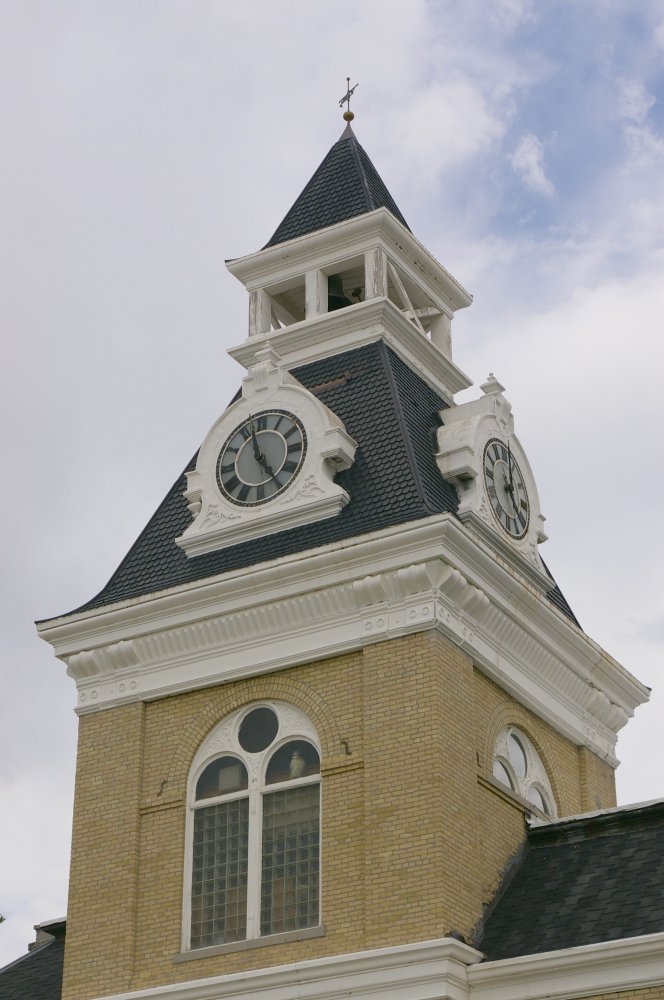 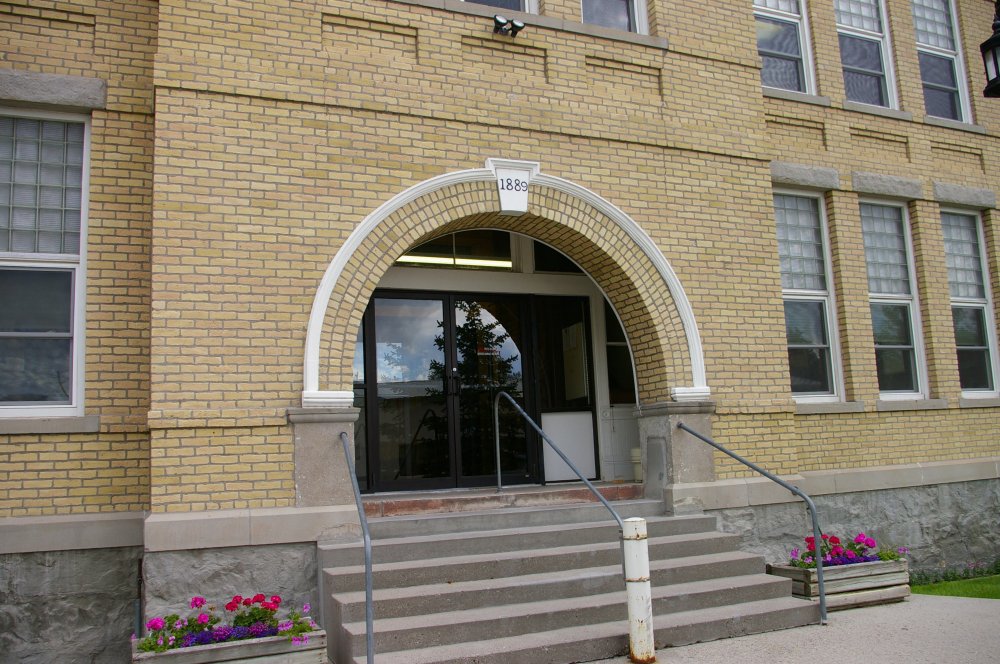 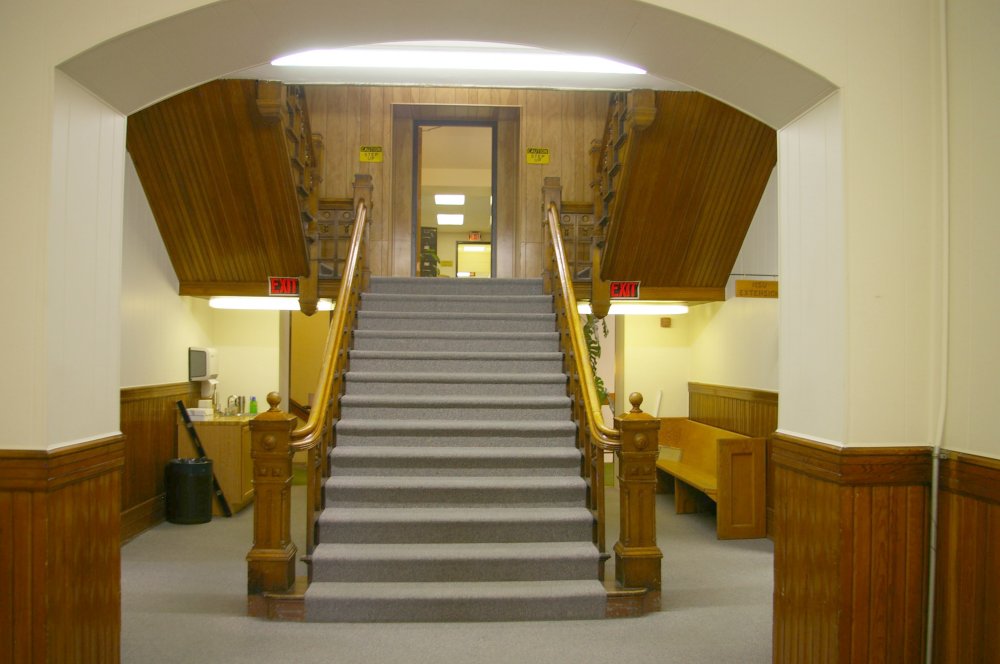 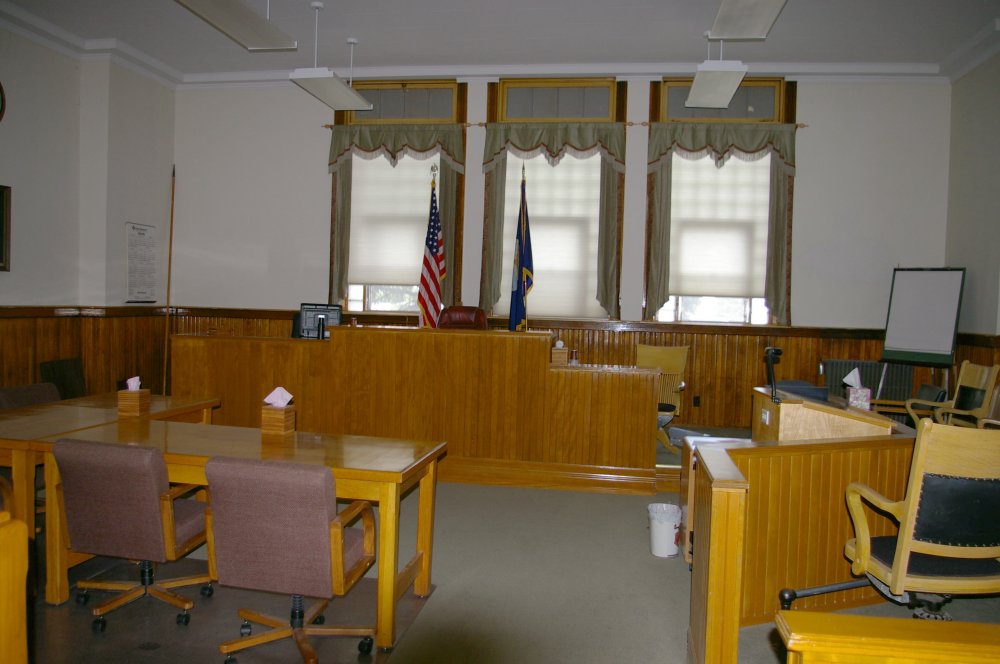 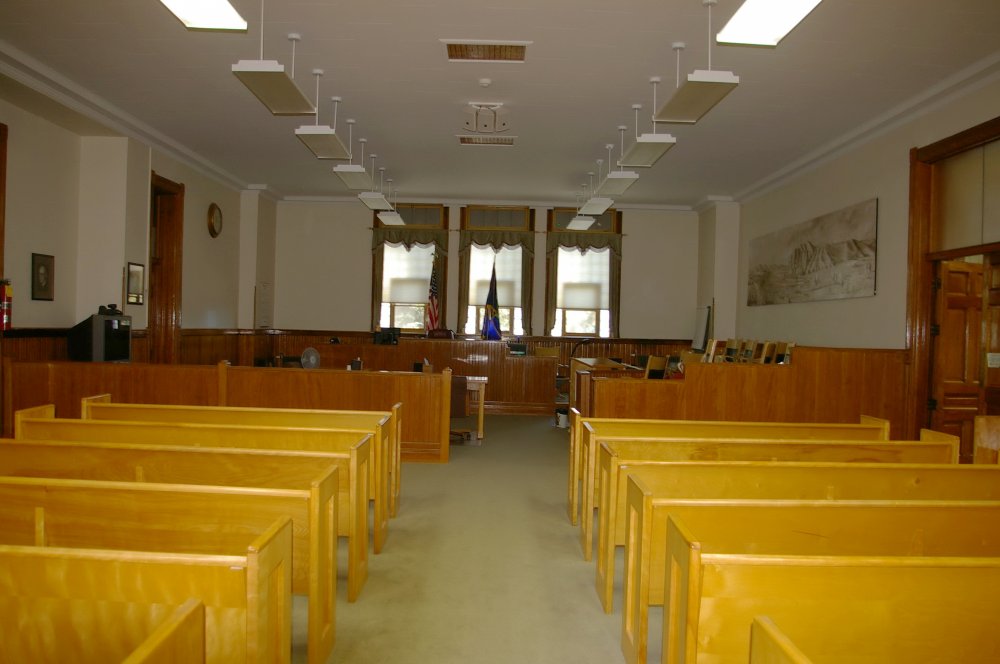