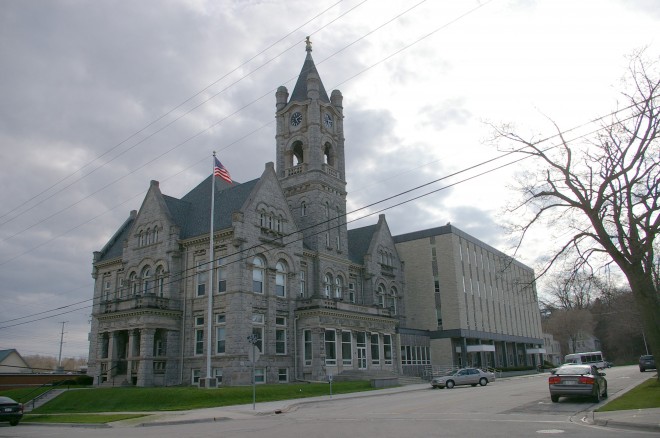 Contractor:  Wurthmann and Vollar of Cedarburg.

Description:  The building faces north and is a two story gray course stone structure. The north front has an enclosed porch on the first story with balcony above and two arched windows. Behind the entrance rises a high square stone clock tower with open section and steep roof with turrets on the corners. On either side of the tower, the building rises to a peaked roof. The east side has a small stone portico on the first story. The roof is pitched. An addition was built on the west side in 1966 and completed in 1967. The building was renovated in 1969. 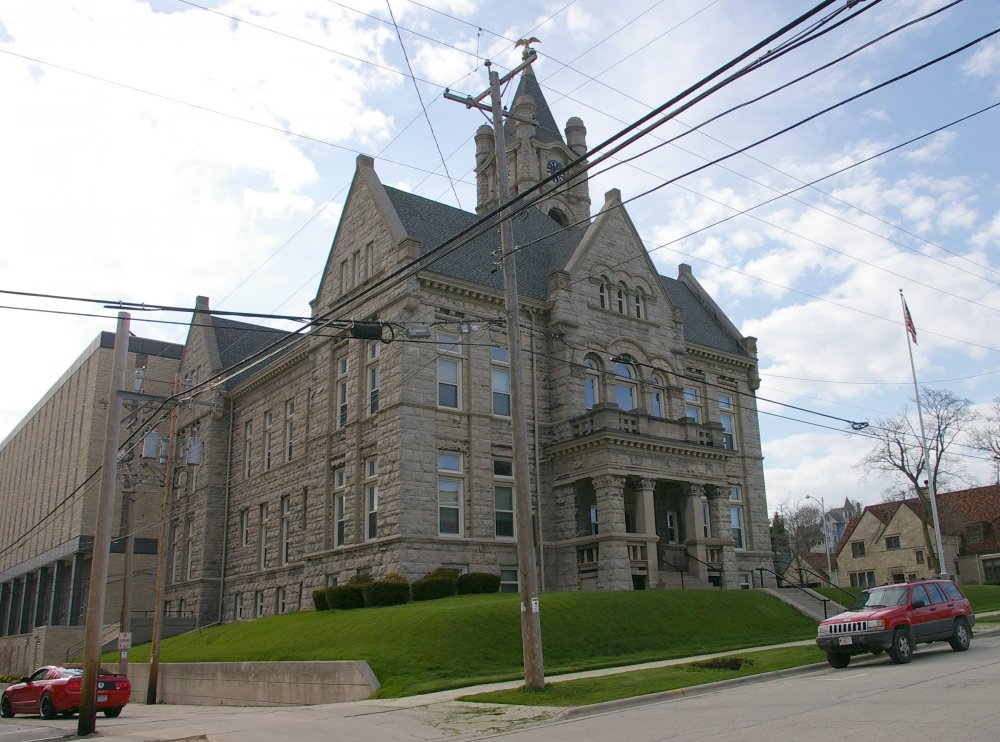 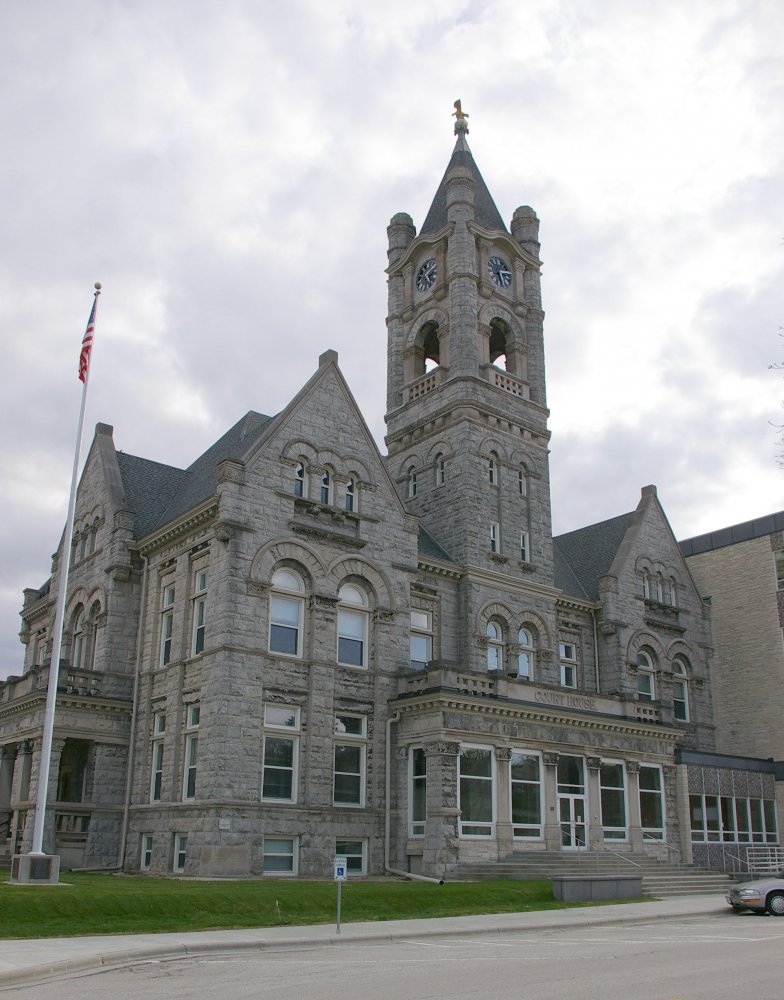