Milwaukee County is named for the Indian word “milhoke” which means “the good land”, or “gathering place by the water”, or “beautiful or pleasant lands”.

Description:  The building faces east and is an eleven story limestone and iron structure. The building sits on a small hill and has three large arched entrances in the center of the east front and arches on the north and south first story. Large stone columns rise from the fourth story. The center section rises higher than the north and south wings. The building houses the County Circuit Court of the 1st Judicial Circuit. During construction, the supervisor was Ostoff-Peterson and the supervising architect was Herbert Kaplan.

History:  The county was created in 1834 and Milwaukee was designated as the county seat. The first courthouse was a two story Greek Revival structure built by Solomon Juneau and Morgan L Martin at a cost of $5,000 in 1836 at Kilbourn Avenue and Jackson Street. The building was razed in 1870. County offices were located in an adjoining building constructed in 1843 and enlarged in 1846. The second courthouse was a brick and sandstone Roman Revival structure designed by Leonard A Schmidtner and constructed by Frank Charnley in 1873 at a cost of $675,000. The courthouse was located on Cathedral Square and was razed in 1939. The third and present courthouse was constructed.

Court of Appeals – Division I

Architect:  A Helmut Jahnn Architectiure and F Murphy and Associates

Description:  The building faces southwest and is a fourteen story glass, steel and concrete structure. The building is located on landscaped grounds in the center of Milwaukee to the east of the courthouse. The Court of Appeals First Division is located on the tenth story at 1020. 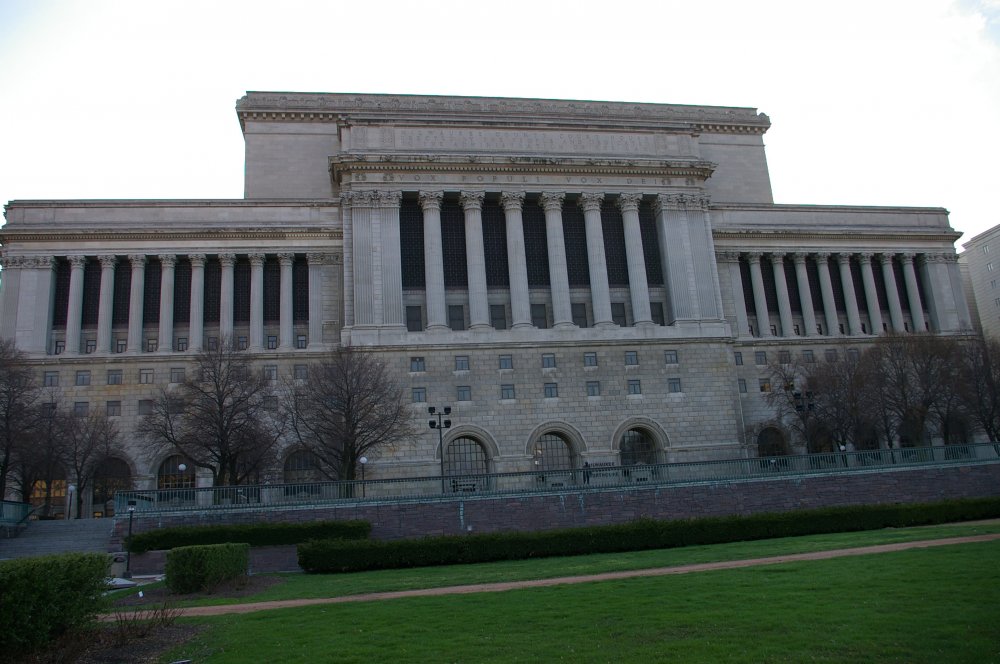 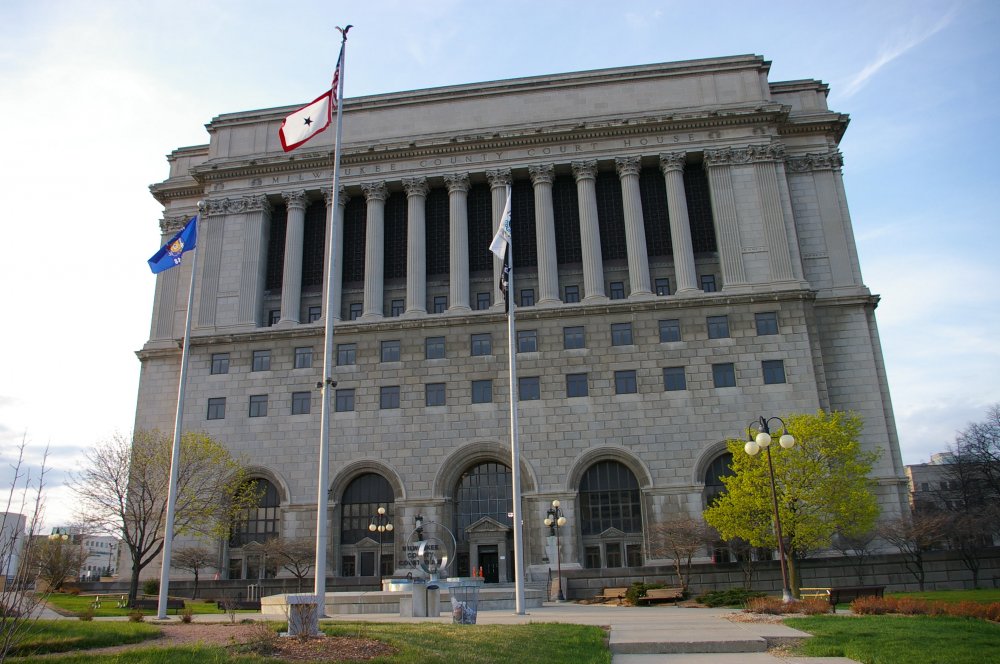