Description:  The building faces east and is a two story buff colored brick and stone structure. The building is located on landscaped grounds in the center of West Bend to the west of the courthouse. A rusticated limestone raised basement, dressed limestone courses ( projecting between the first and second stories ) and shallow projecting pavilions on the west, north and south ends relieve the expanses of blond brick wall. Narrow round headed windows are symmetrically distributed on three sides of the building, occurring singly or in pairs framing the shallow pavilions; openings in the pavilions themselves occur in threes or fives. The east front has a high eight story square central tower with arched entrance on the first story. The roof is hipped. The interior has a divided stairway inside the front entrance. Like the double door at the entrance, the paneled wainscoting and handrails are of oak, as are the wooden spool balustrade and newels between the second and third stories. Between the first and second stories, newels and ornamental balusters are constructed of steel. The former courtroom was located on the second story. The old County Jail is locatec on the south side and was built in 1886. 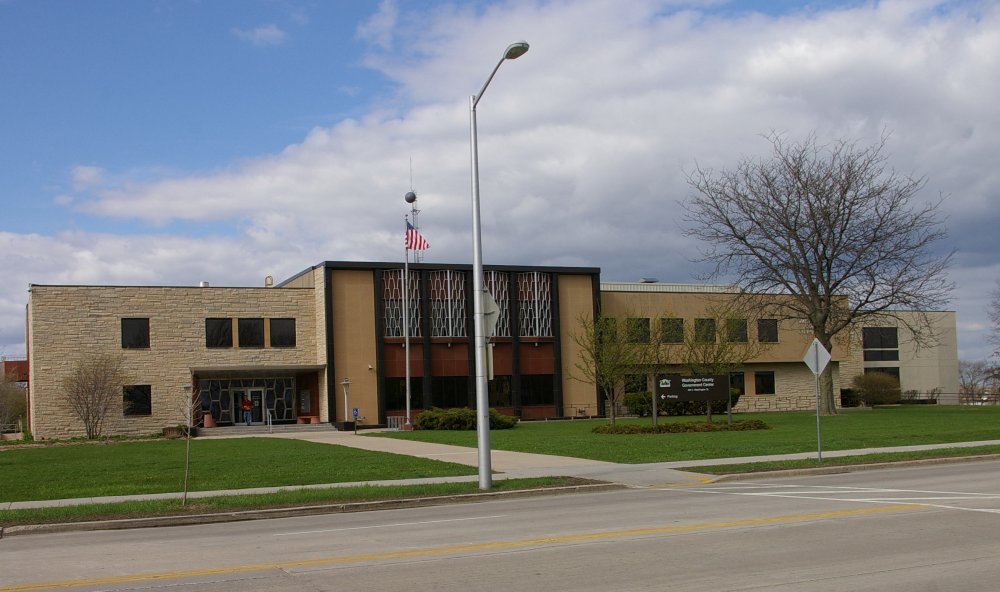 Description:  The building faces south and is a two story buff colored brick, stone and concrete structure. The building is located on landscaped grounds in the center of West Bend. The center section rises higher above the east and west wings and has vertical windows on the second story. The roof line is flat. The building houses the County Circuit Court of the 3rd Judicial Circuit. An addition was constructed in 1980 on the north side.

History:  The county was created in 1836 and West Bend was selected as the county seat. The county was organized in 1854 and the first courthouse was a Greek Revival frame structure built in 1854 and was later moved to Main Street and converted into a hardware store. In 857, a one story stone structure was built to house offices. The second courthouse was a stone and brick Romanesque Revival structure designed by Edward V Koch of Milwaukee and constructed by William Blaeser Jr. at a cost of $45,000 in 1889 to 1890 and is still standing. The third and present courthouse was constructed in 1961 to 1962 at a cost of $1,800,000. An addition was constructed in 1980 at a cost of $6,500,000. 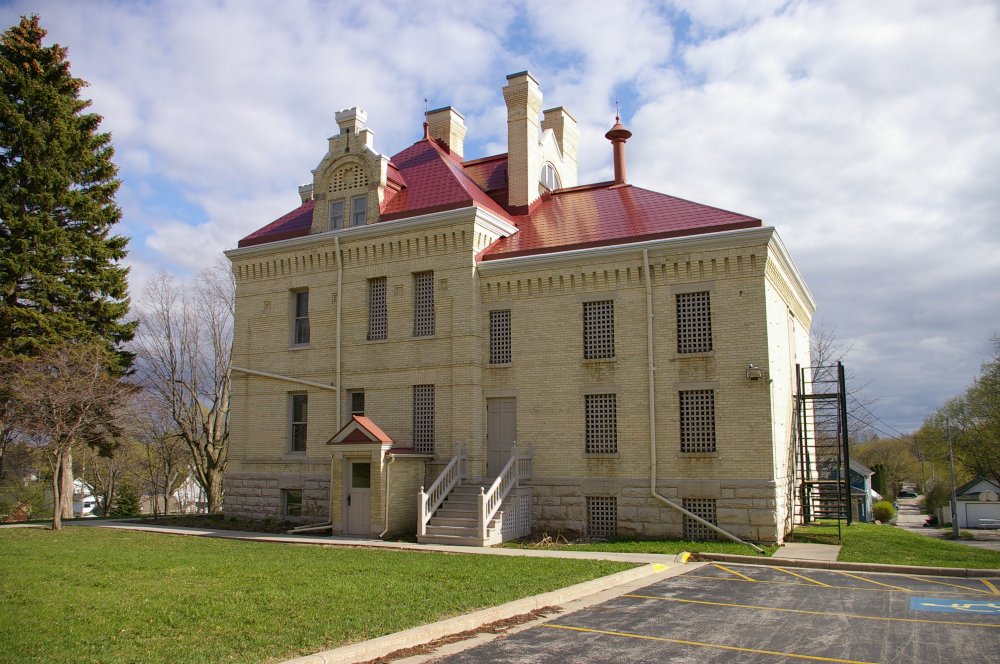 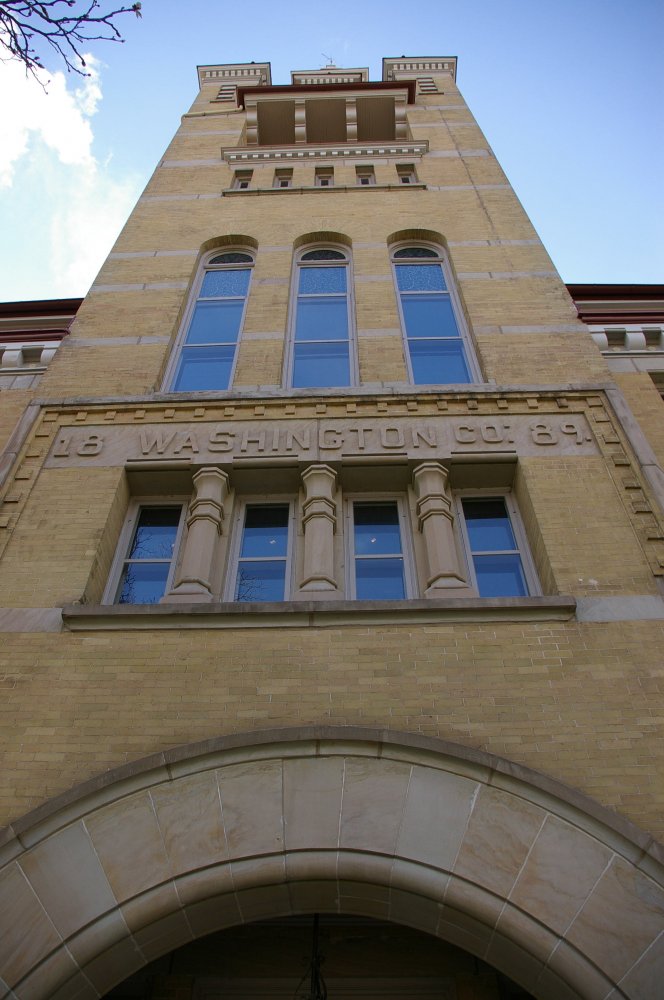