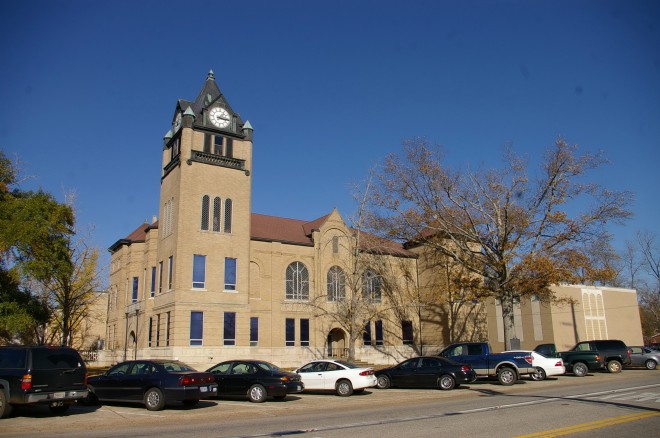 Autauga County is named for the Autauga or Atagi Native American people who were a sub-group of the Alibamu.

Description:  The building faces west and is a two story buff colored brick, stone and concrete structure. The building is located on landscaped grounds in the center of the city. On the southwest corner is a high square brick clock tower with steep roof. The other corners of the building have shorter square towers. The center section has a large arch at the first story entrance, balcony above on the second story and towers rising on either side of a recessed large arched window. The building houses the County Circuit Court and the County District Court of the 19th Judicial District. In 2007, an addition was built on the north side. The architect was PH&J Architects, Inc. of Montgomery and the contractor was Canndauson Construction, Inc. 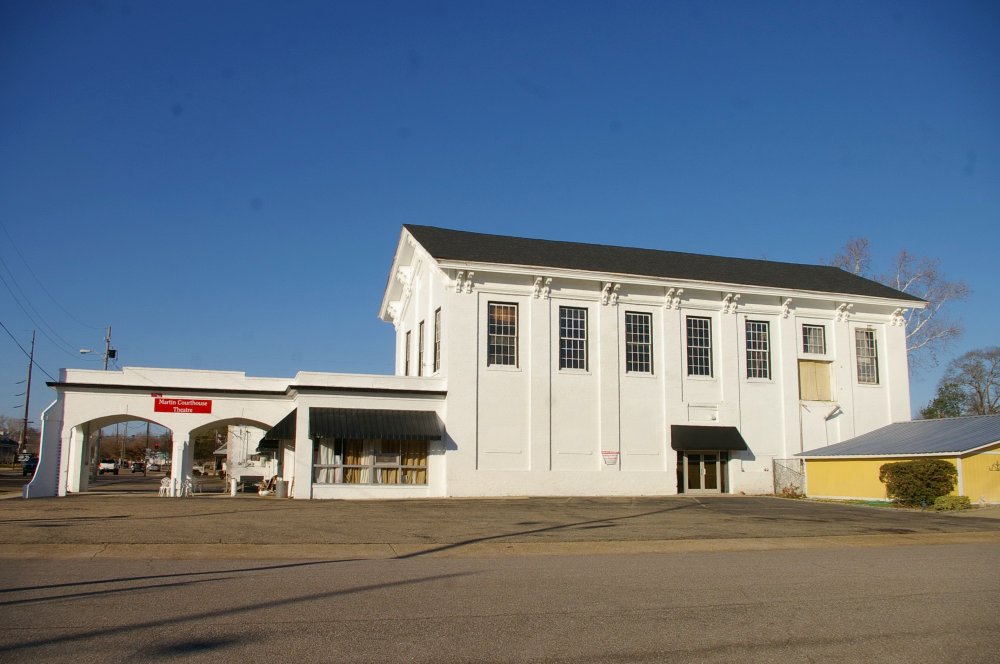 Description:  The building faces west and is a two story white colored brick structure. The building is located in the center of the city to the south of the present courthouse. The walls of the rectangular building have vertical pilasters with windows on the second story. The roof is hipped. On the west side is a one story section with open portico. 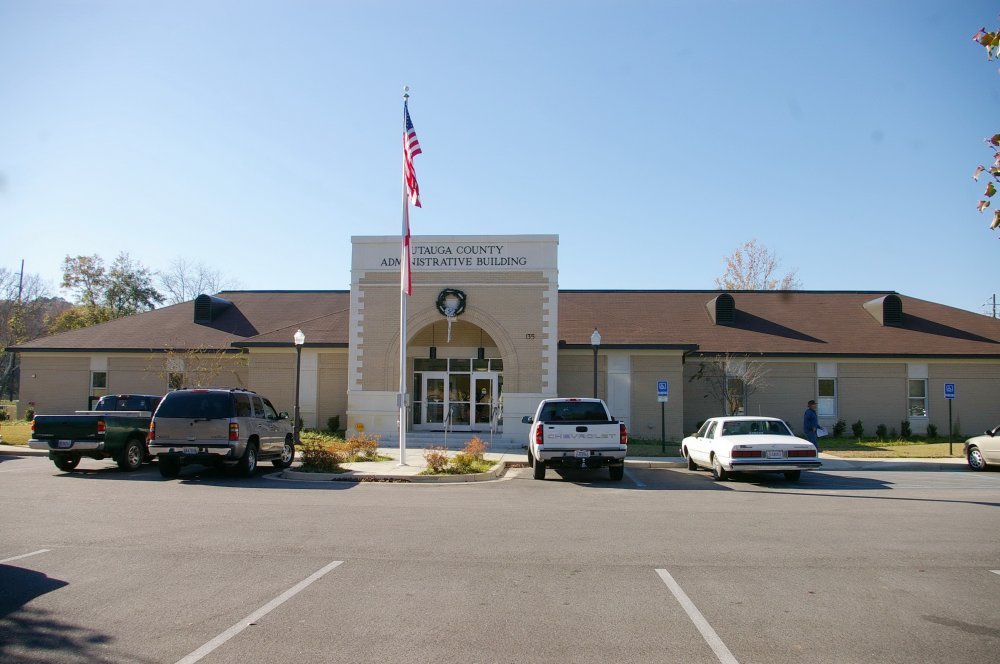 Description:  The building faces east and is a one story buff colored brick and concrete structure. The building is located on landscaped grounds in the center of the city on the west side of the courthouse. The east entrance is arched and the roof is hipped. 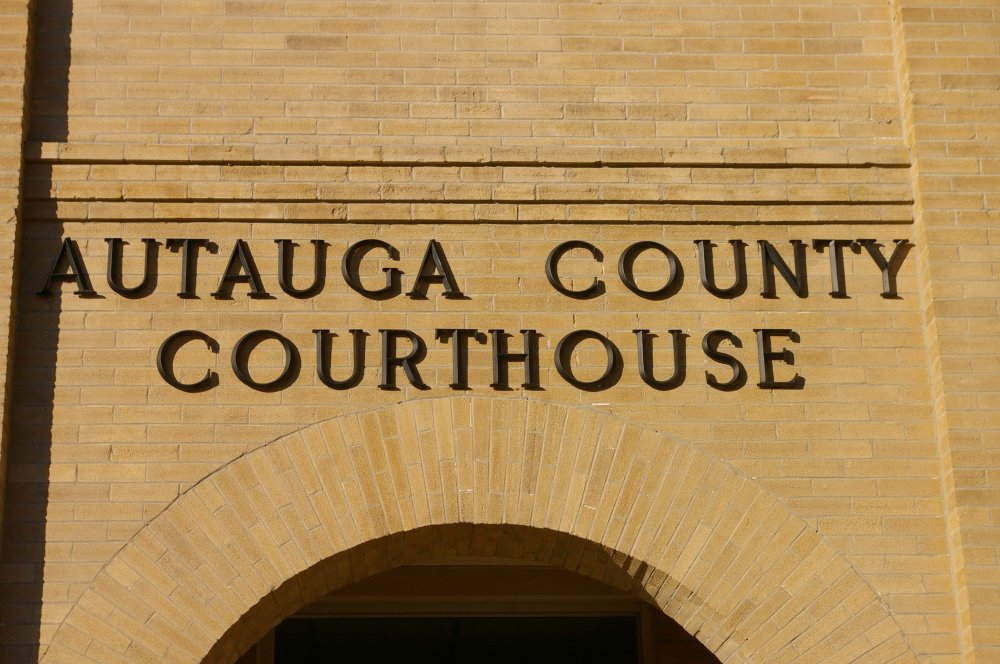 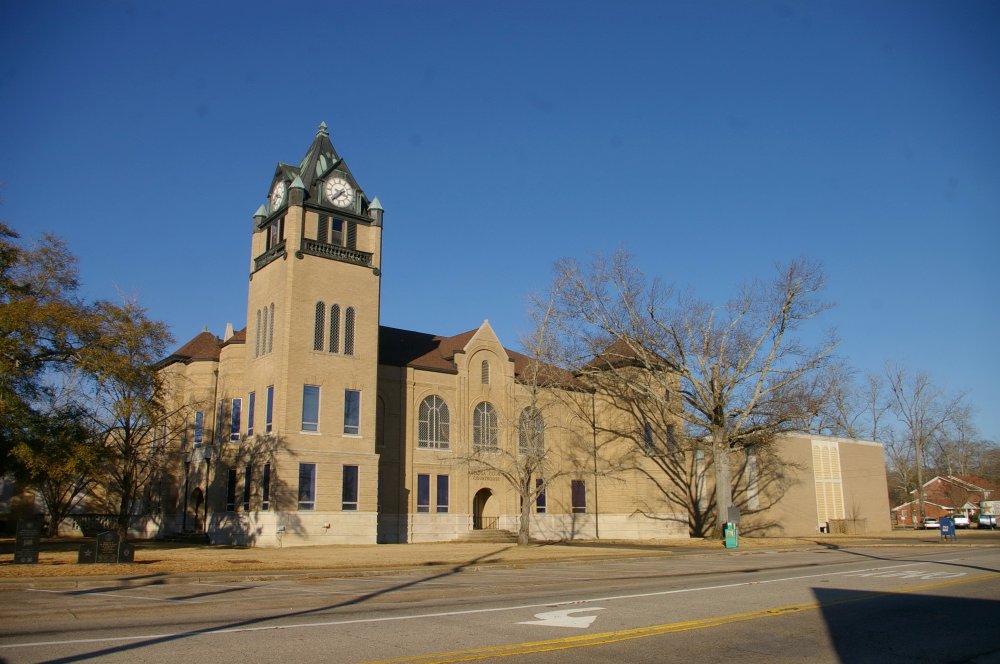 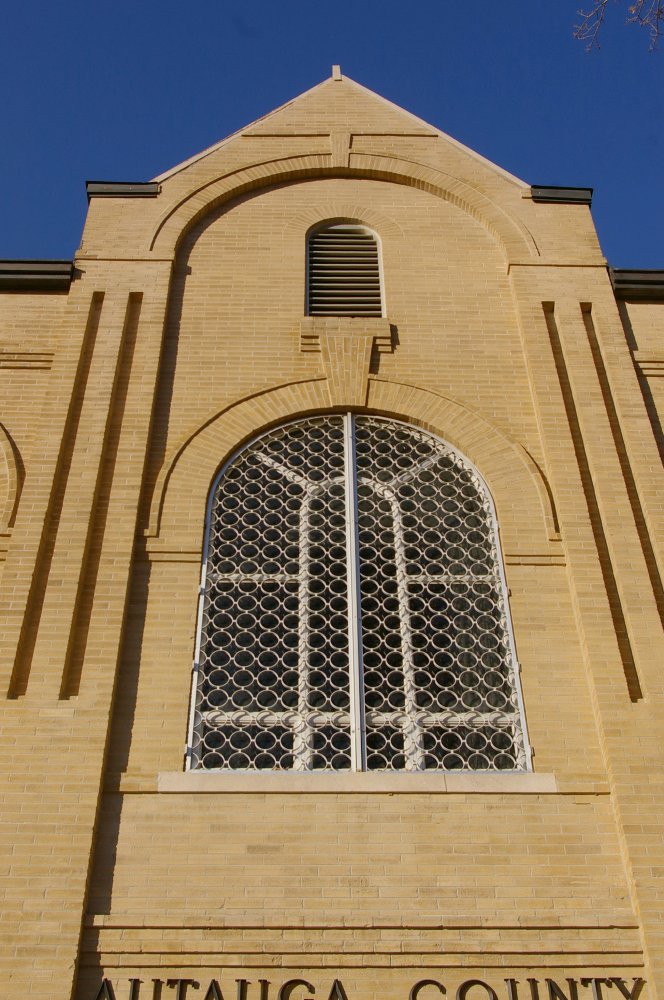 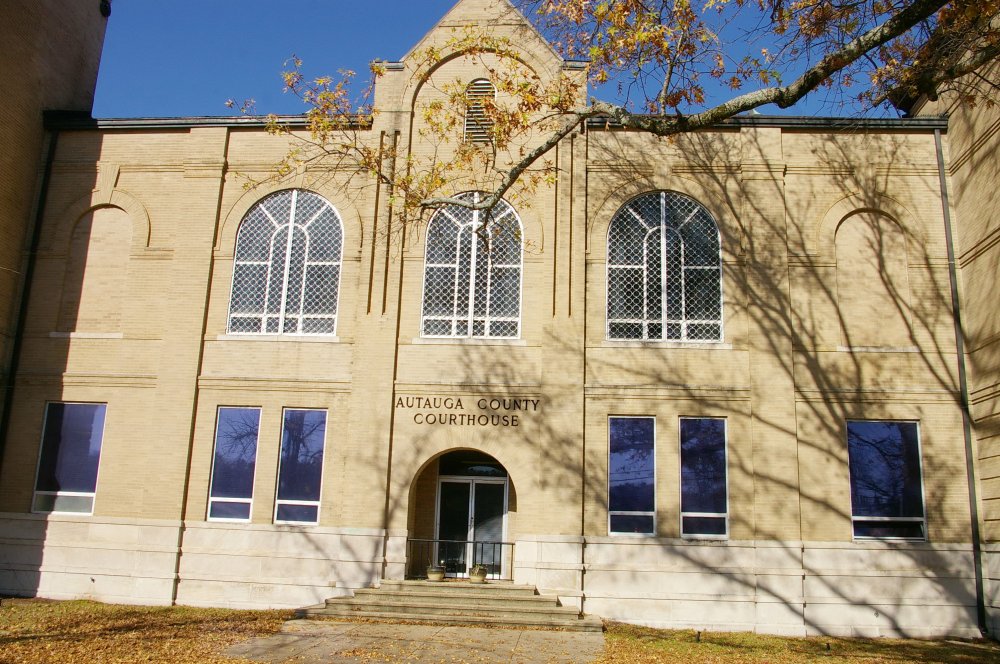 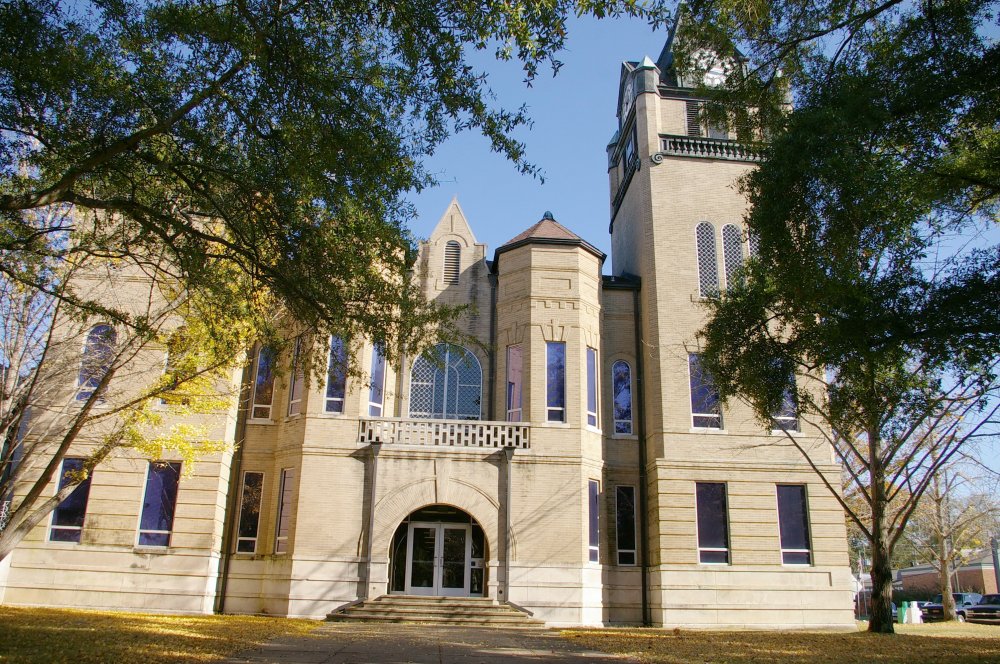 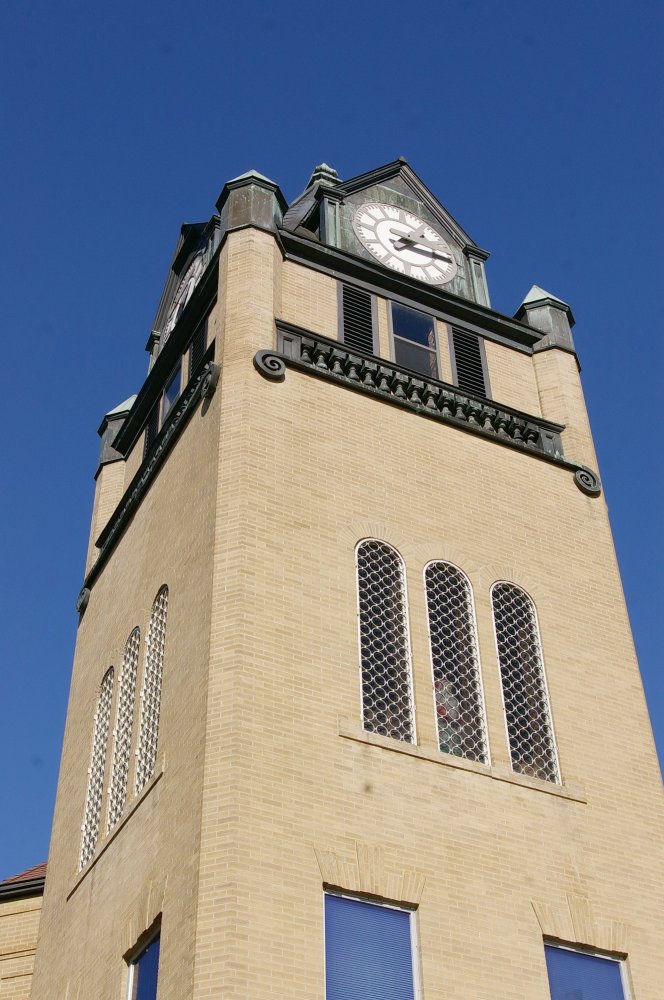 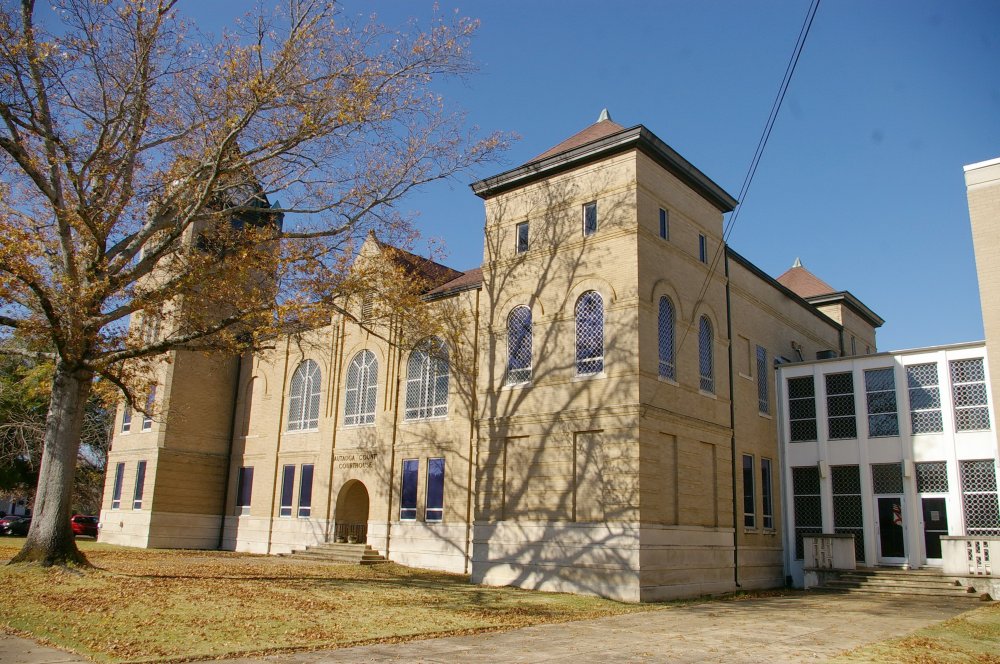 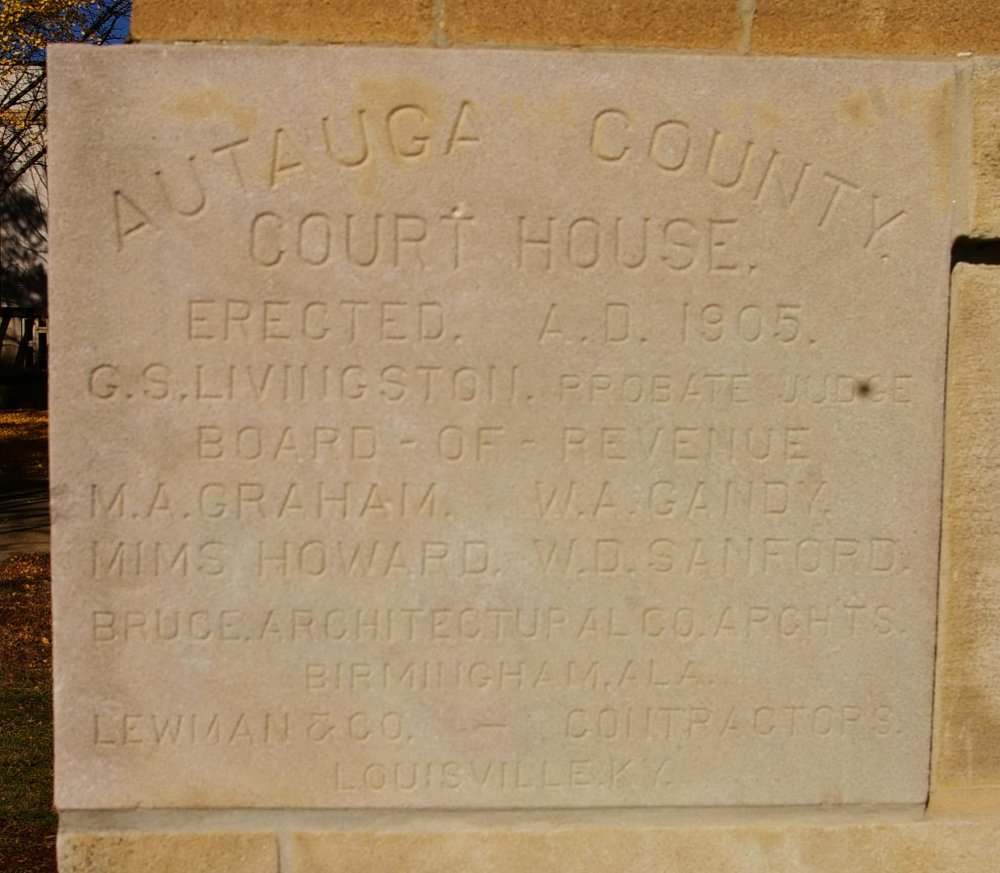 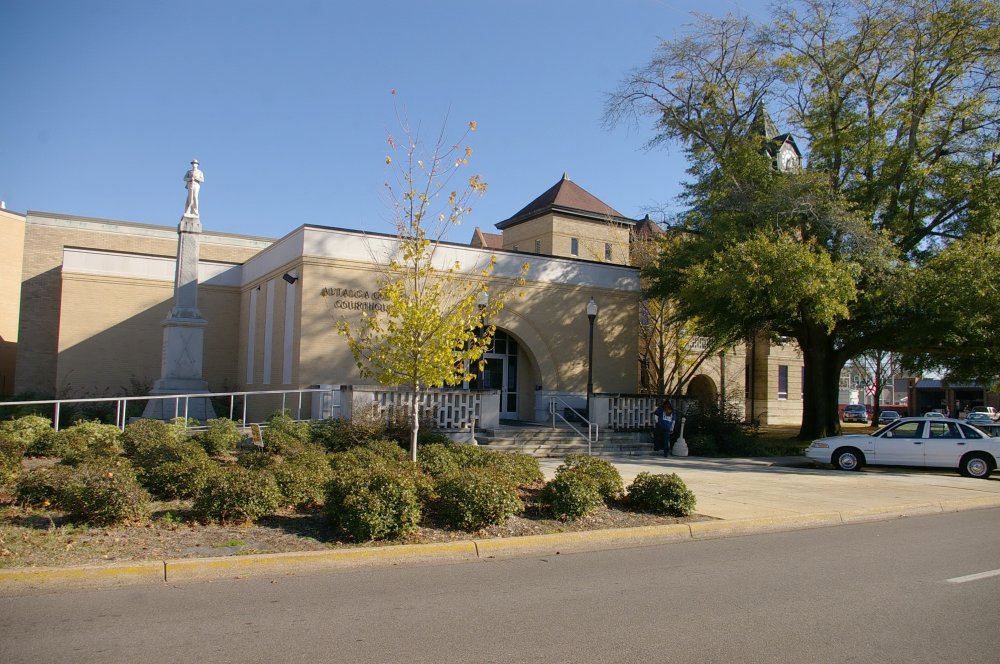 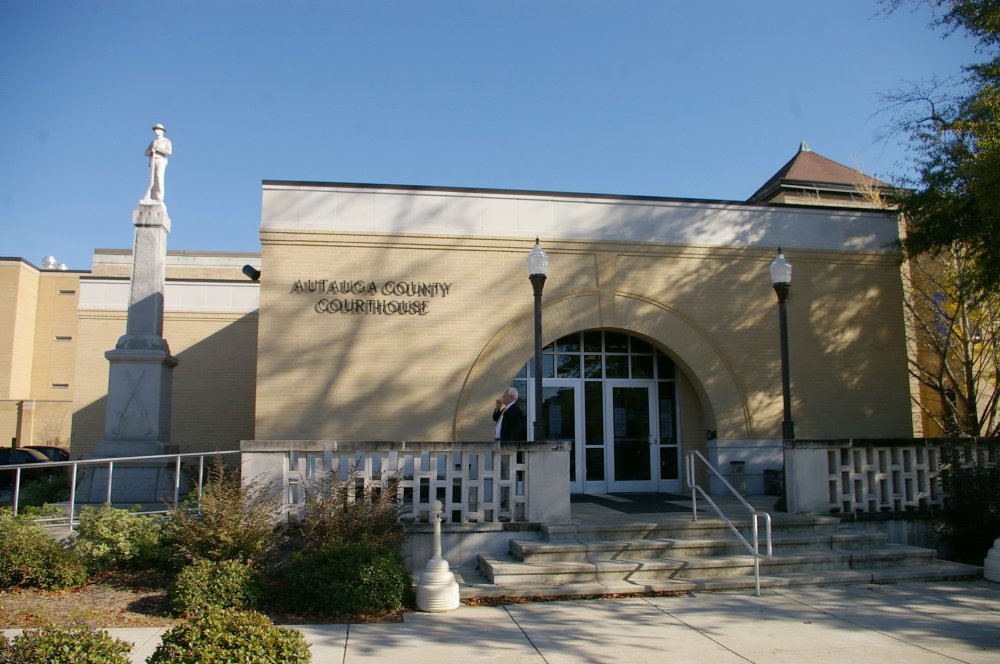 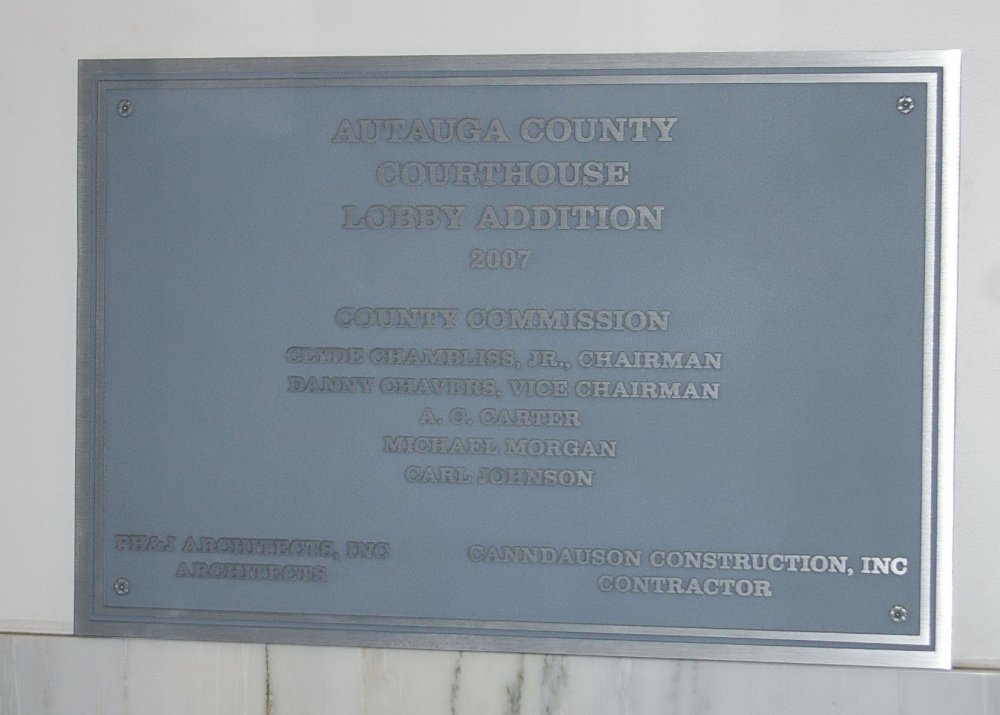 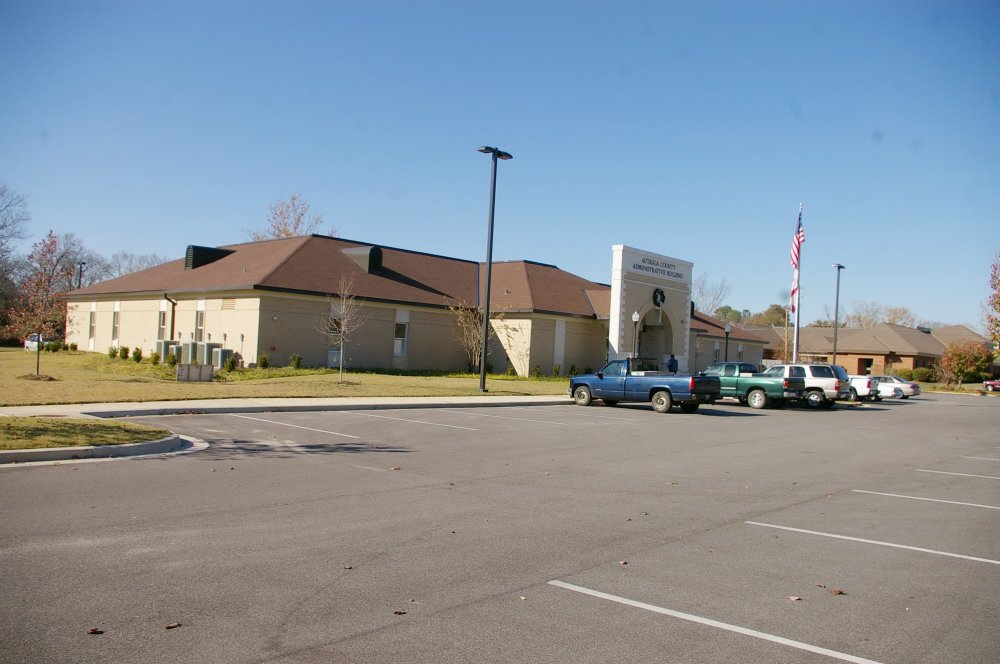 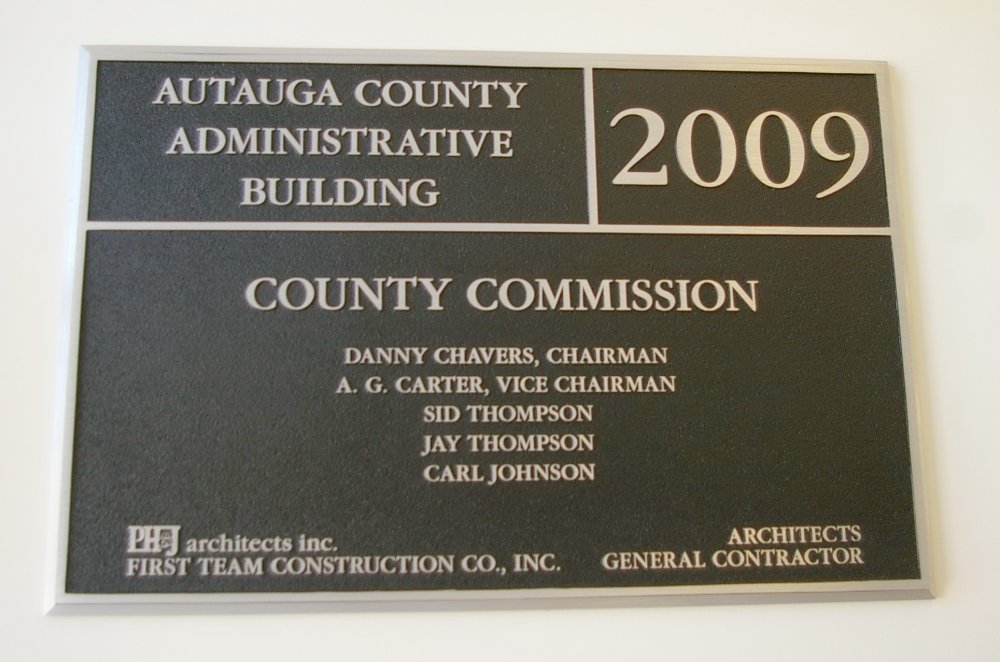 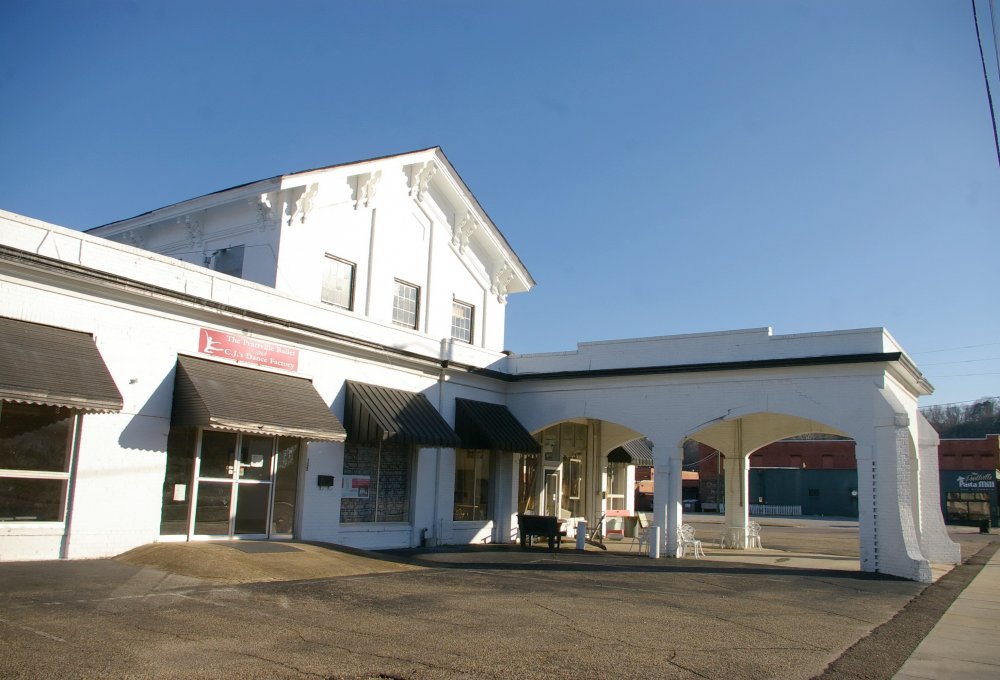