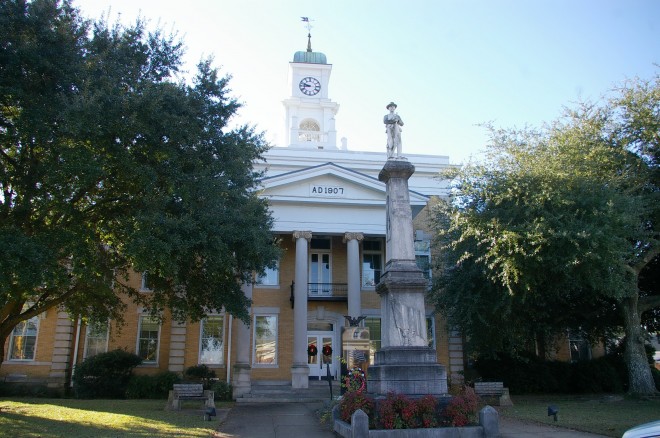 Hale County is named for Stephen F Hale, who was a lieutenant colonel in the Confederate States army. 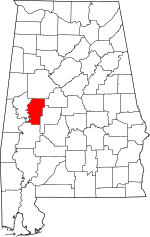 Architect:  John A Straiton of Greensboro

Contractor:  John A Straiton of Greensboro

Description:  The building  faces north and is a two story buff colored brick and stone structure. The building is located on landscaped grounds in the center of Greensboro. The north front has a large portico supported by four columns rising to a pediment below the roof line. There is a small balcony on the second story. There is stone trim at the corners. The center section rises with a flat white colored roof section and a high square white colored cupola with clock and green colored dome, set behind. The large County Circuit Court courtroom is located on the second story. The building houses the County Circuit Court of the 4th Judicial Circuit and the County District Court and County Probate Court. On the south side of the building is the old two story jail constructed in 1908.

History:  The county was created in 1867 and Greensboro was selected as the county seat. The first courthouse was the building known as Salem Baptist Church which was vacant and purchased to serve as a courthouse. The second and present courthouse was constructed at a cost of $50,000 with the addition of a clock. On March 4, 1935, fire destroyed the upper floor of the courthouse. The old belfry, with its big clock, collapsed first and then the rest of the roof. The reconstruction of the second floor was about $30,000.  The new Seth Thomas clock cost $1717.50. 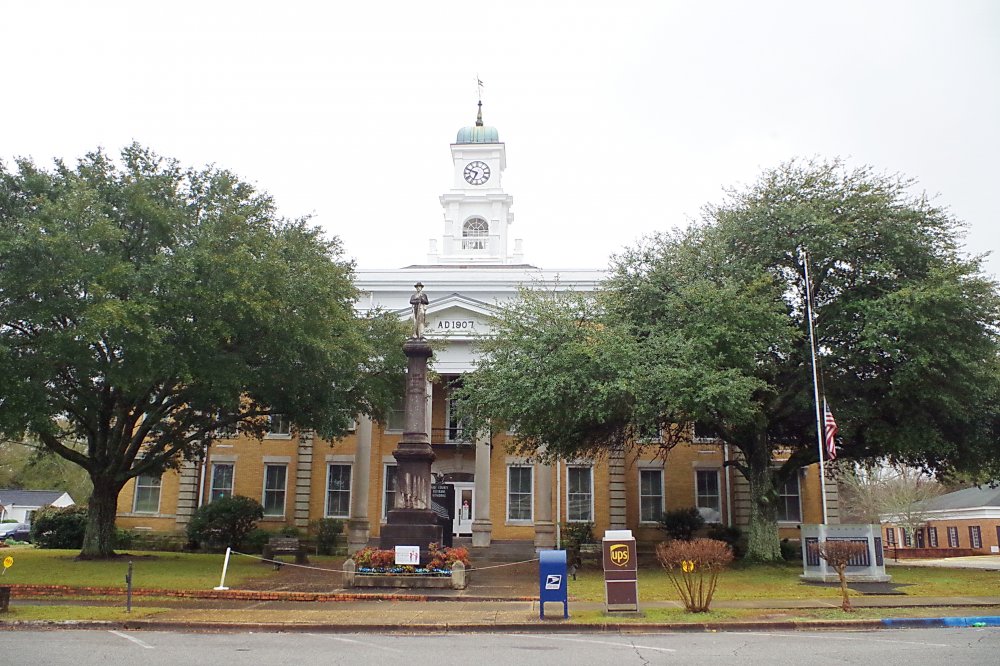 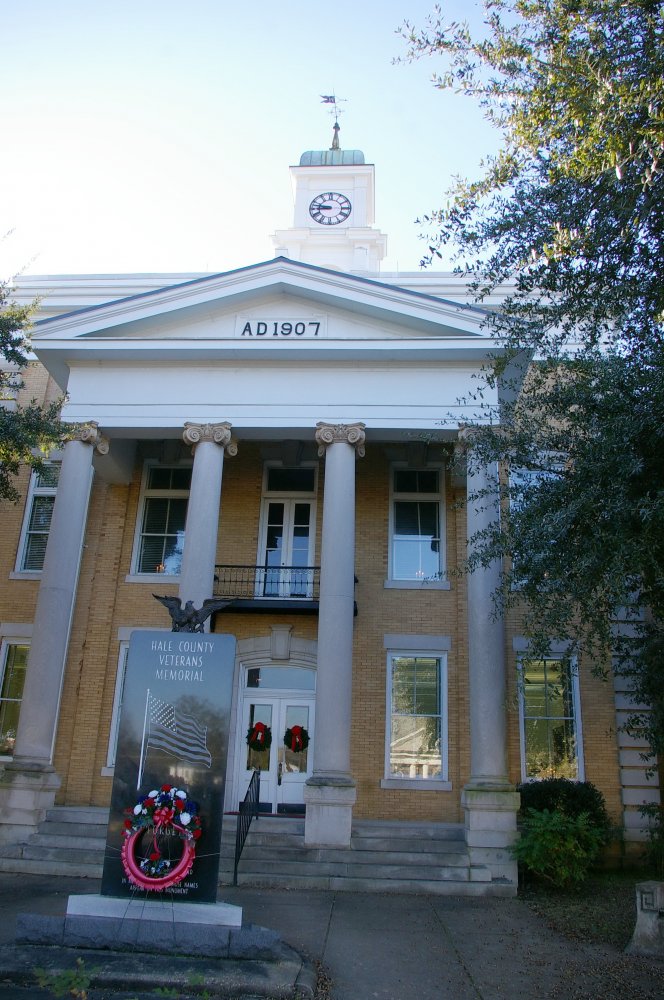 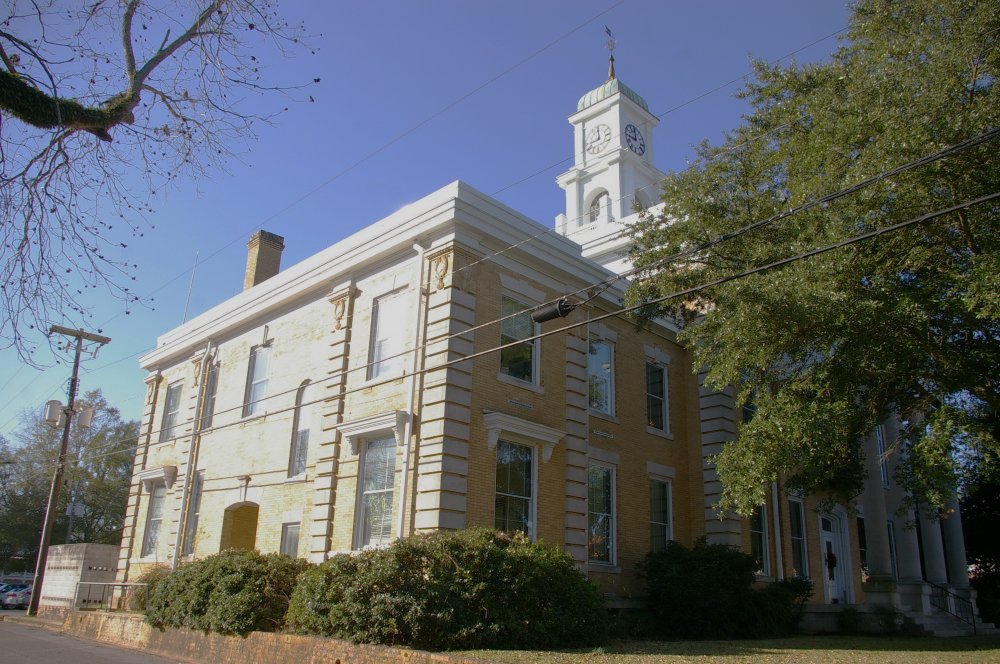 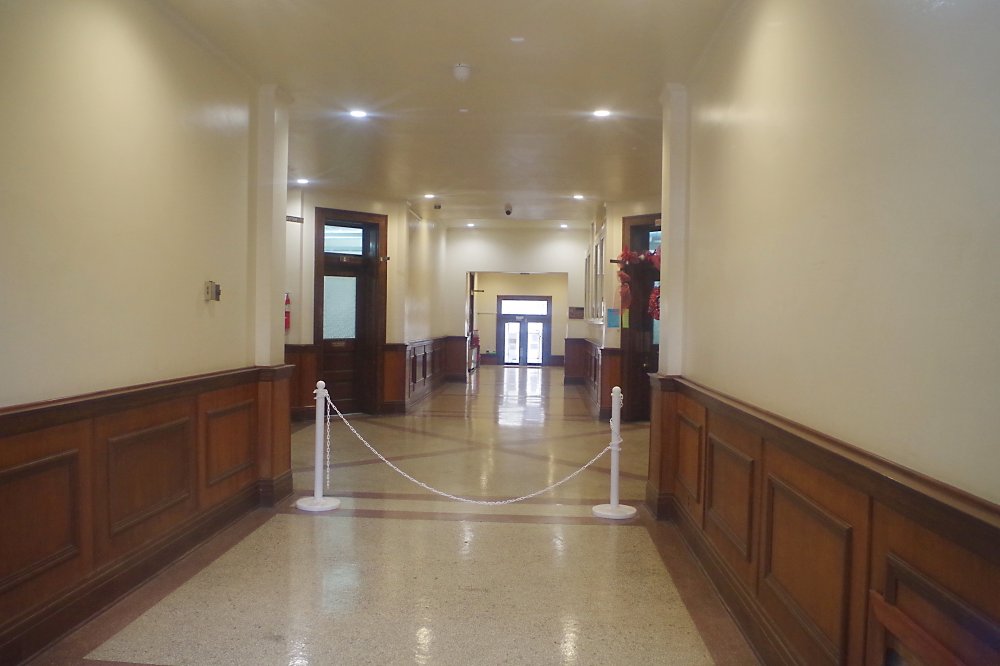 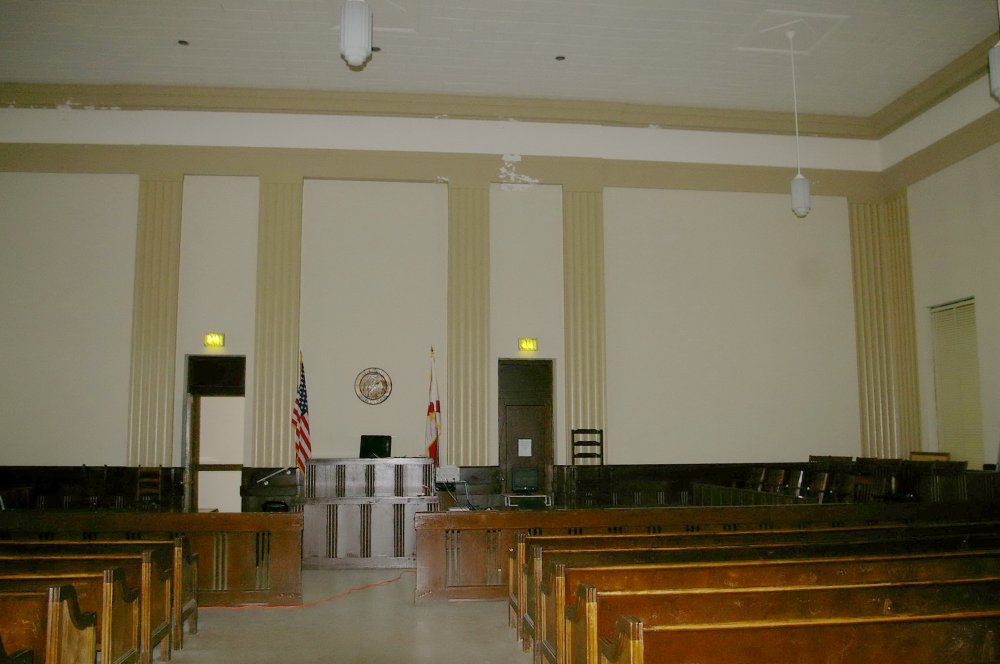 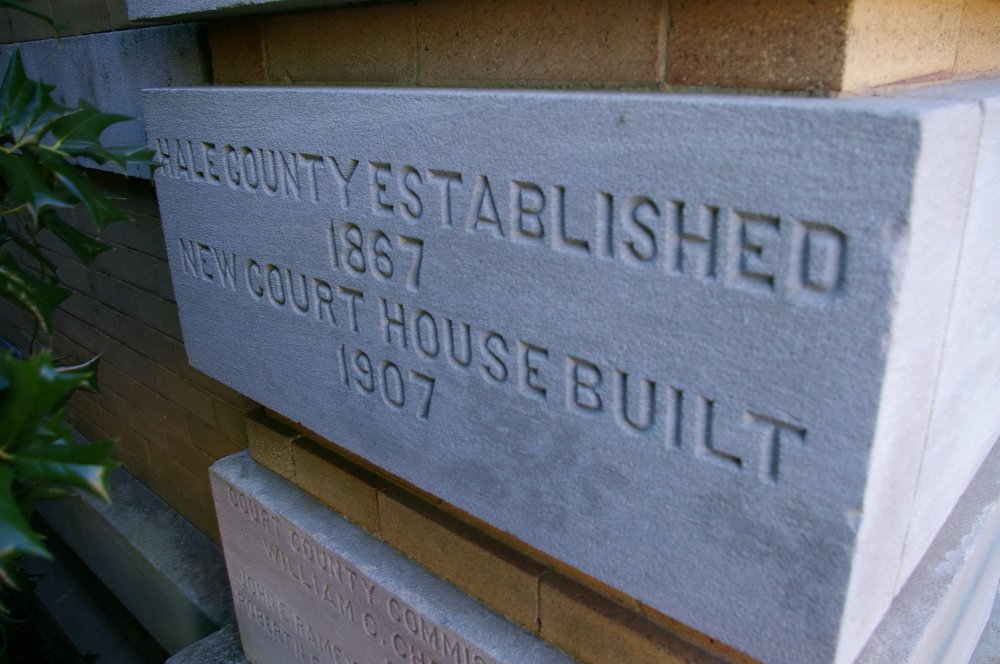 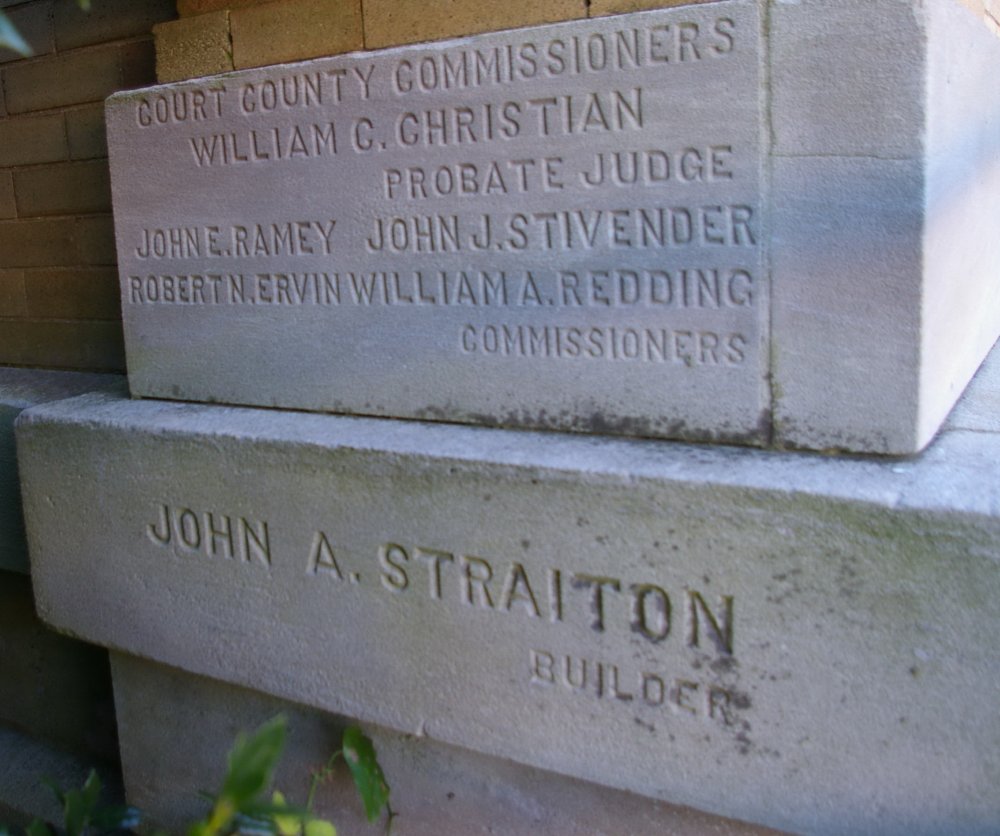 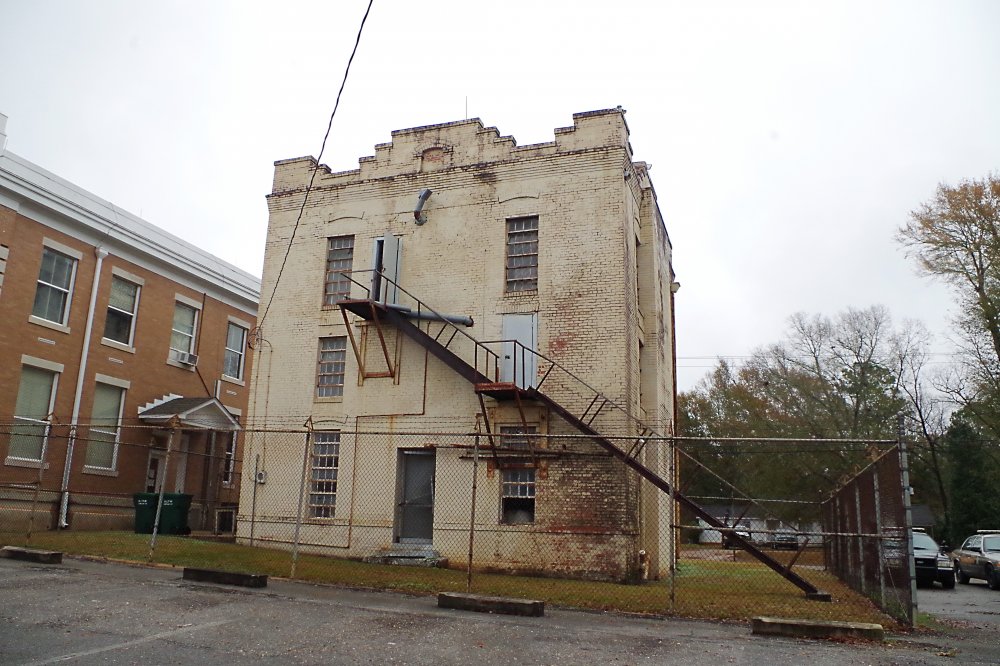