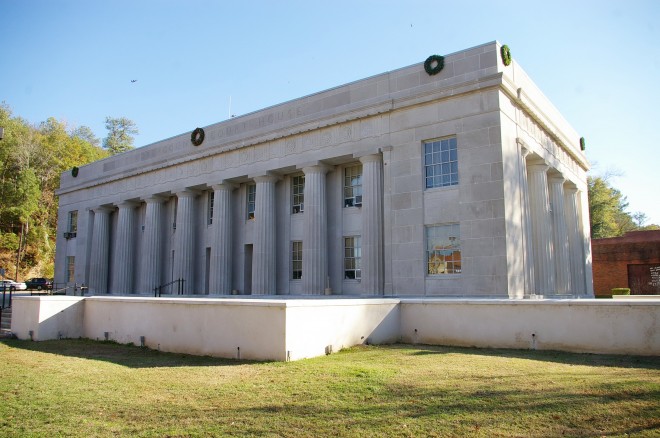 Elmore County is named for John Archer Elmore, who was a veteran of the American Revolutionary War. 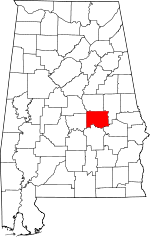 Description:  The building faces north and is a two story gray colored limestone and concrete structure. The building is located on landscaped grounds in the center of Wetumpka. The north front has a recessed porch with eight large Doric columns. There are three large brass doors in the center. There are columns along the east and west sides. The roof line is flat. The building houses the County Probate Court of the 19th Judicial District. Description:  The building faces northeast and is a two story brown colored brick and concrete structure. The building is located on spacious landscaped grounds to the north of the center of Wetumpka. The northeast front has a large portico with six columns rising to a wide pediment at the roof line. Behind the columns are glass panels. The green colored roof is hipped. The building houses the County Circuit Court and the County District Court of the 19th Judicial District. 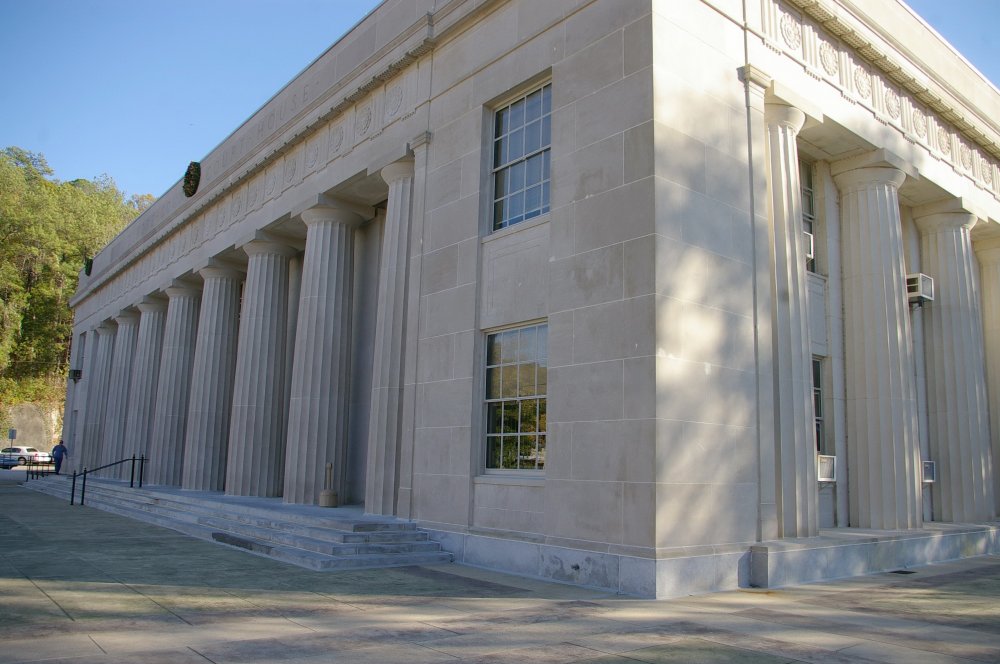 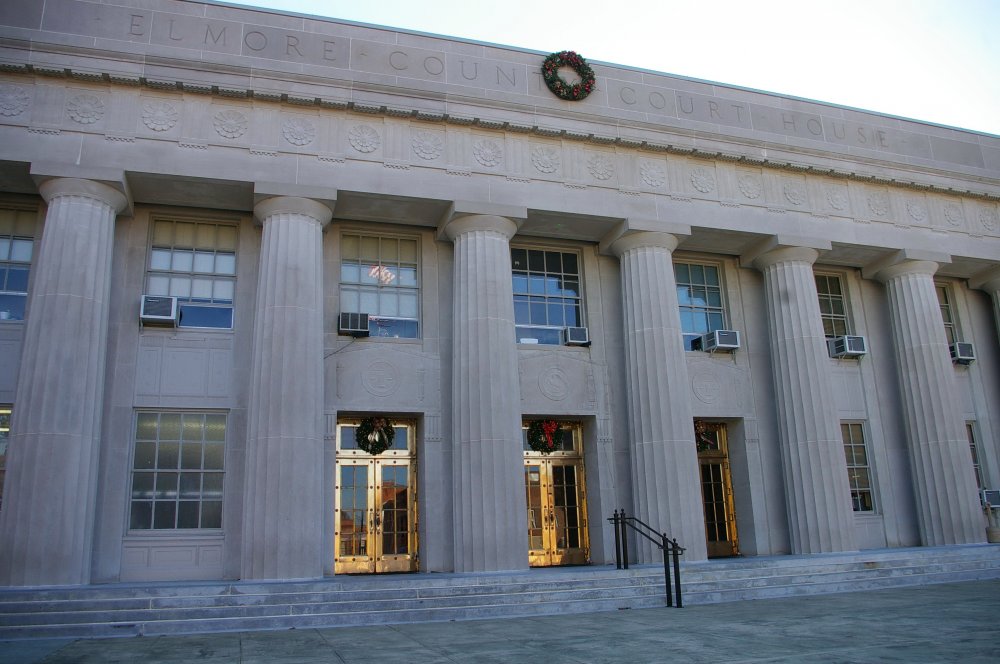 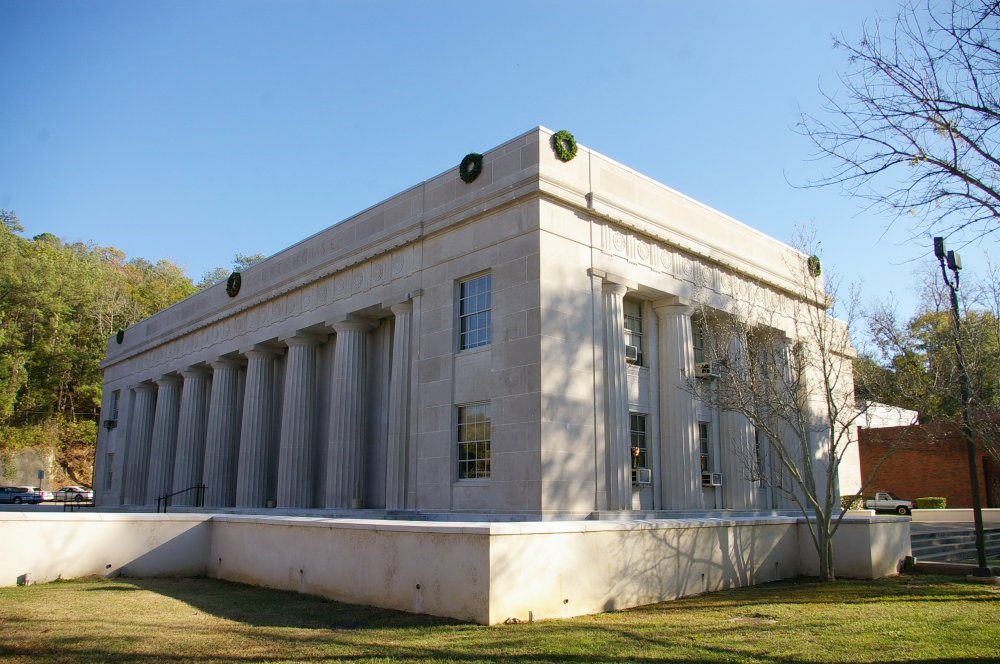 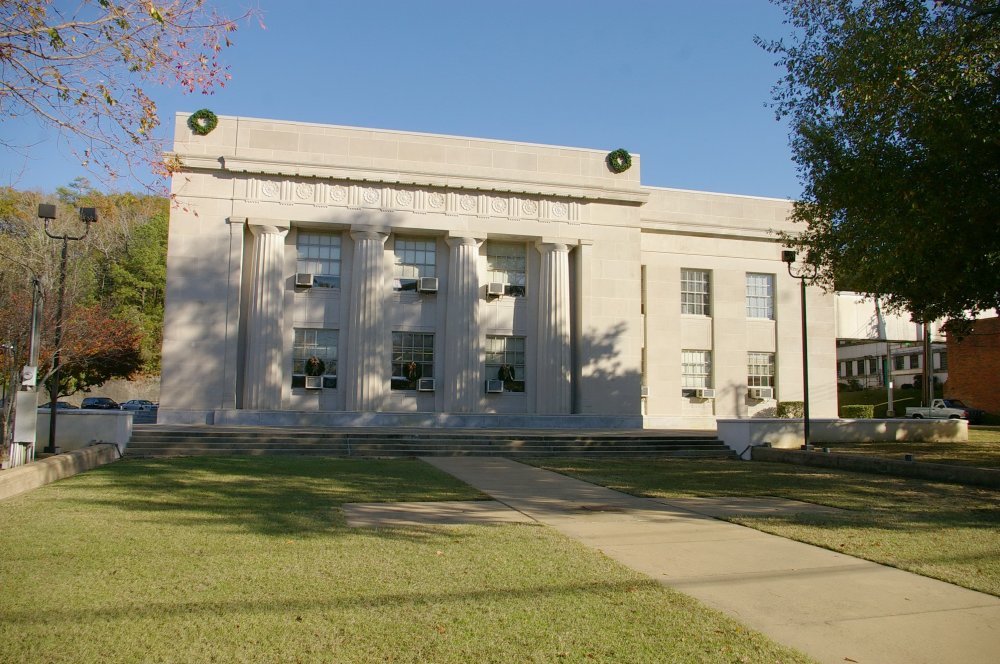 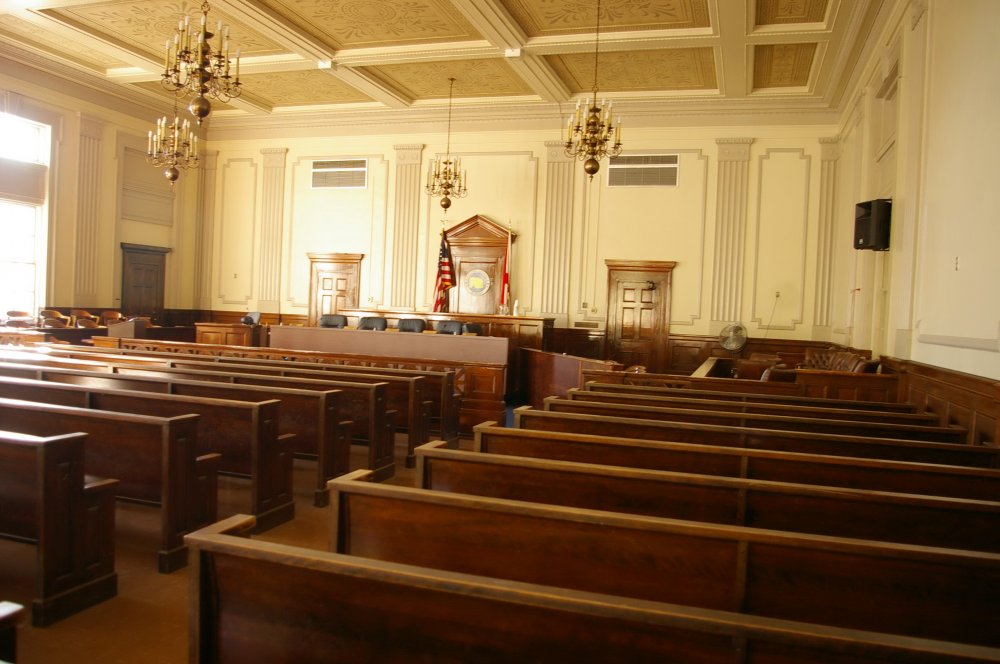 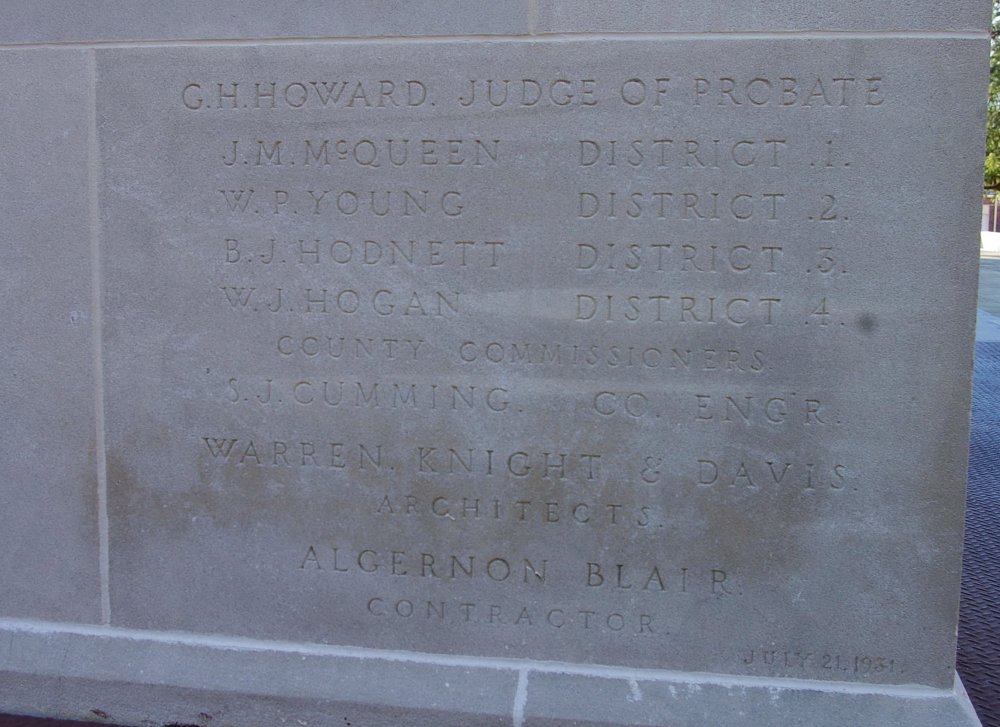 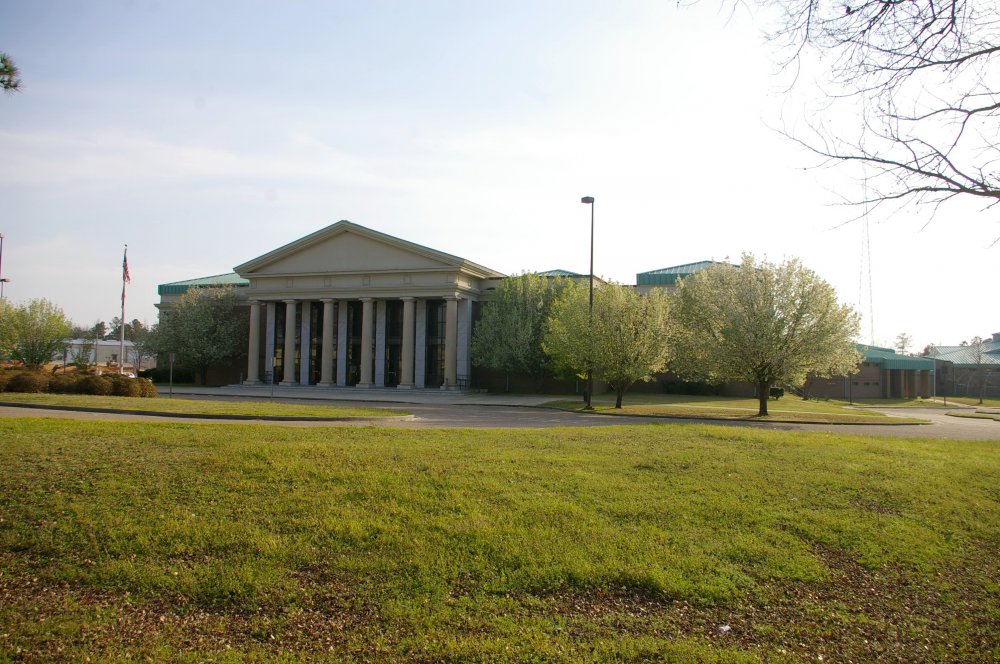 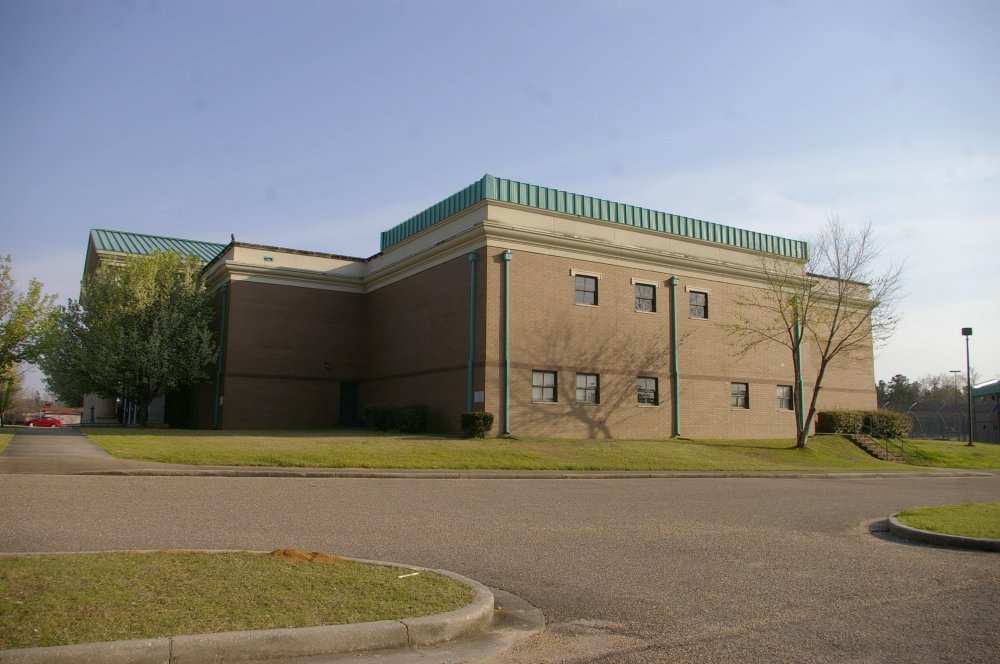 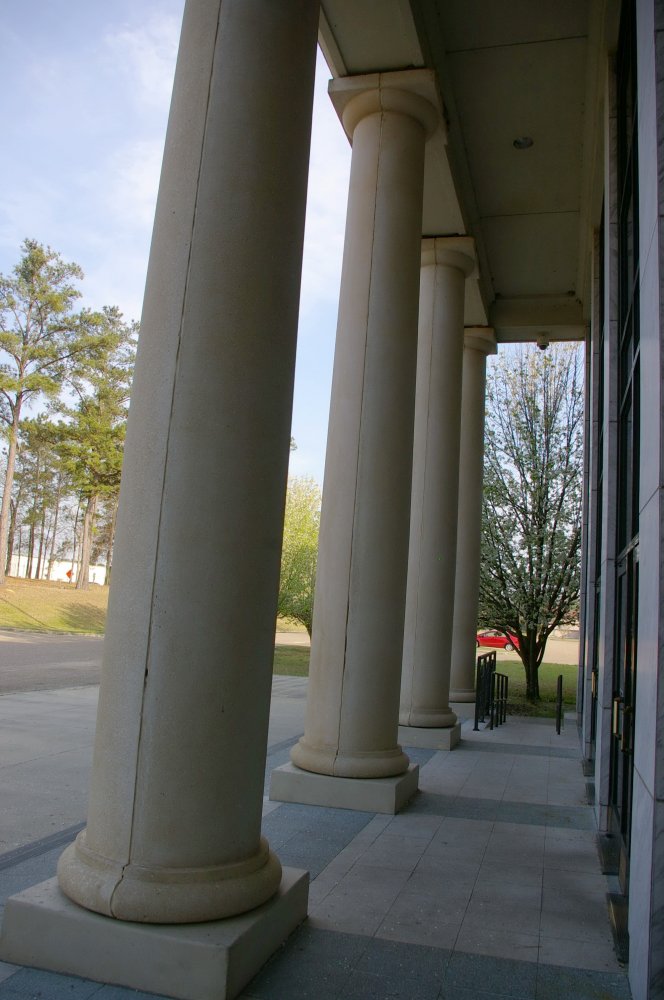