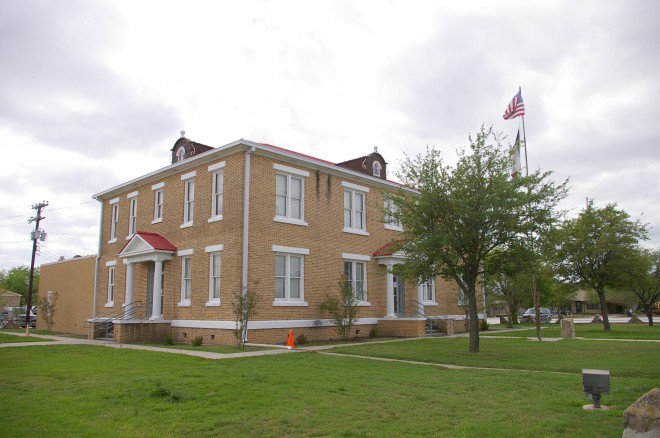 McMullen County is named for John McMullen, who was an Irish founder of a colony in Texas. 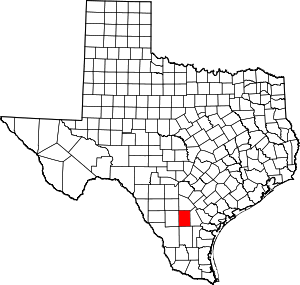 Description:  The building faces northwest and is a two story buff colored brick and concrete structure. The building is located on landscaped grounds in the center of the city. The northwest front has a small one story portico supported by two white colored columns. Similar porticoes are on the northeast and southwest sides of the building. White colored trim is above and below the windows and a white colored band runs along the basement level. The roof line is flat with a dormer on each side of the red colored roof. The building was renovated in 1998. The architect was Harris Architects of Austin and the contractor was Transco Contracting Company of San Antonio. 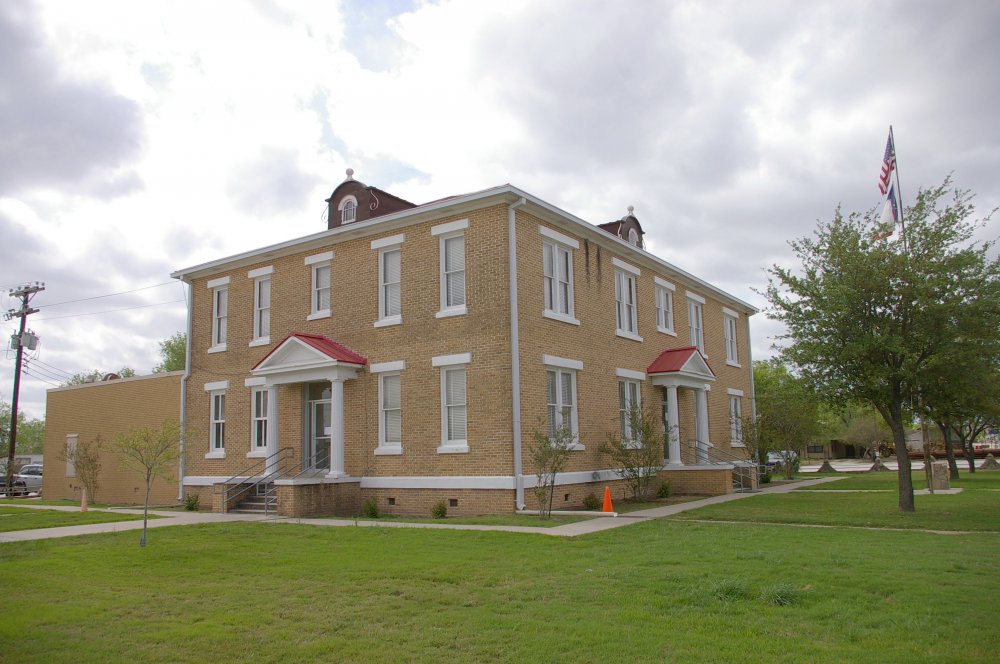 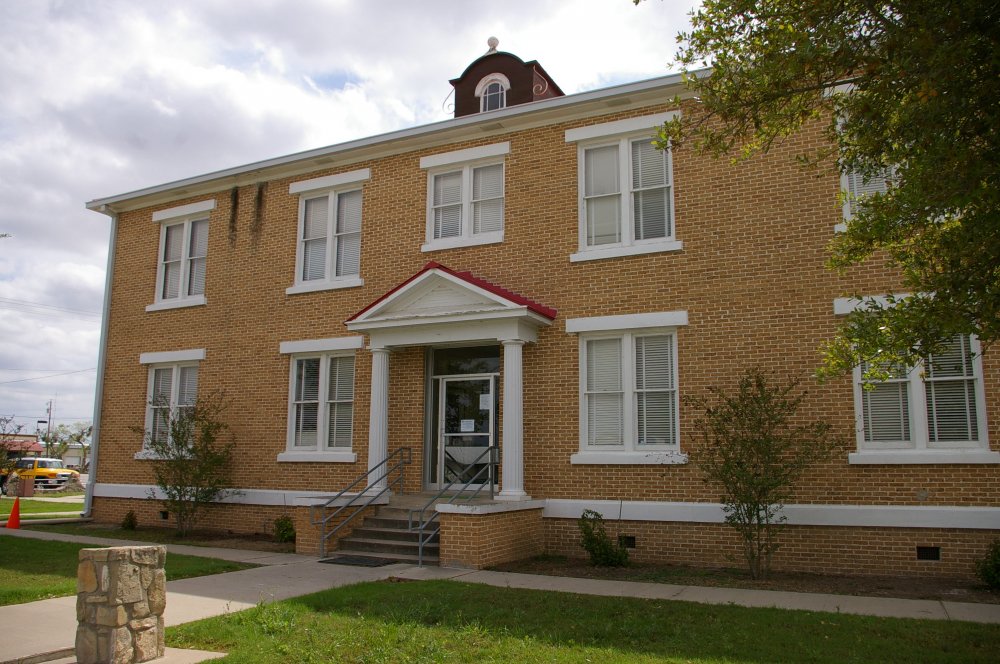 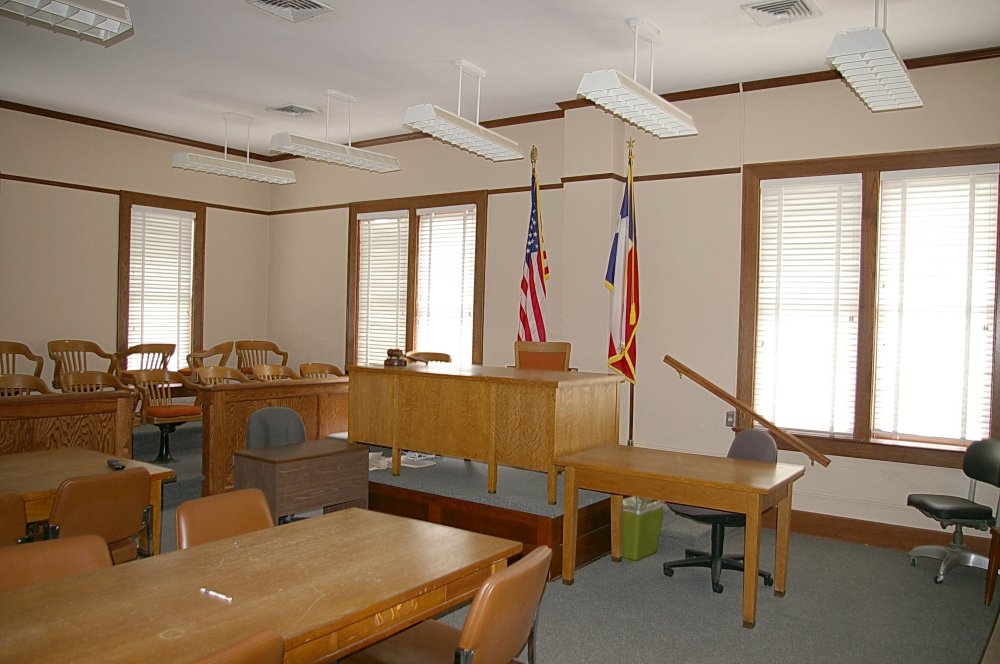 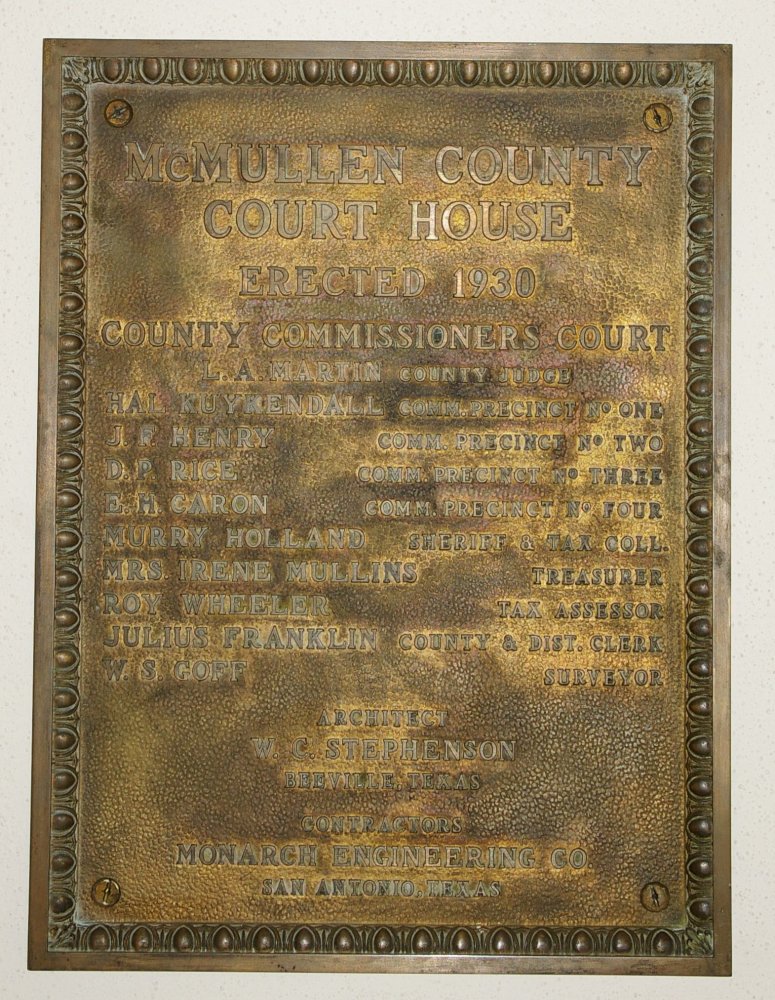 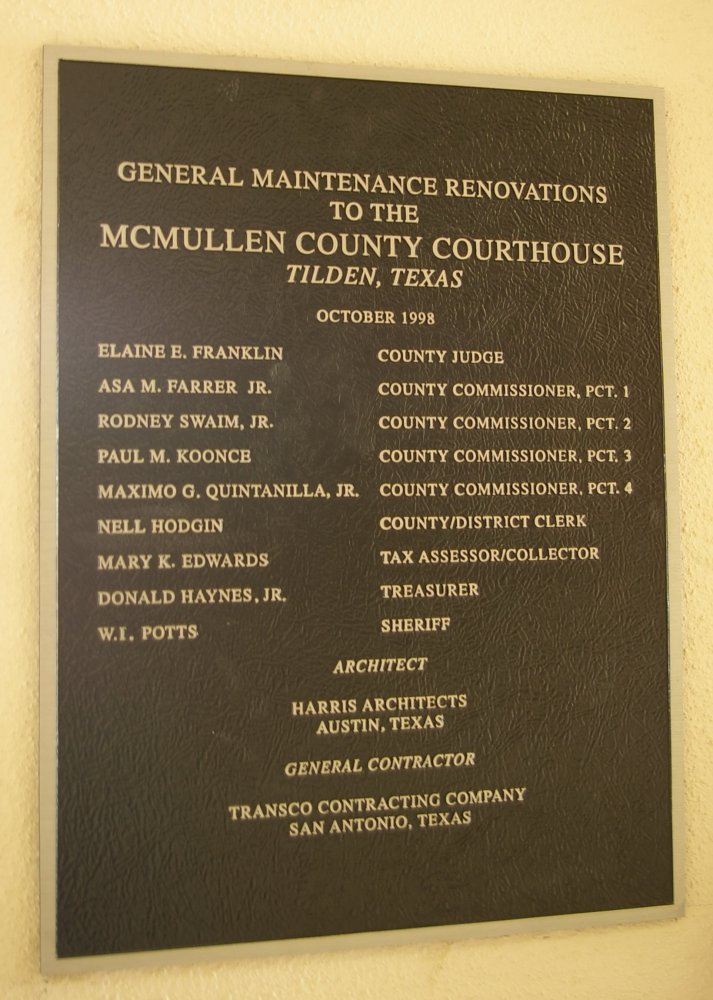 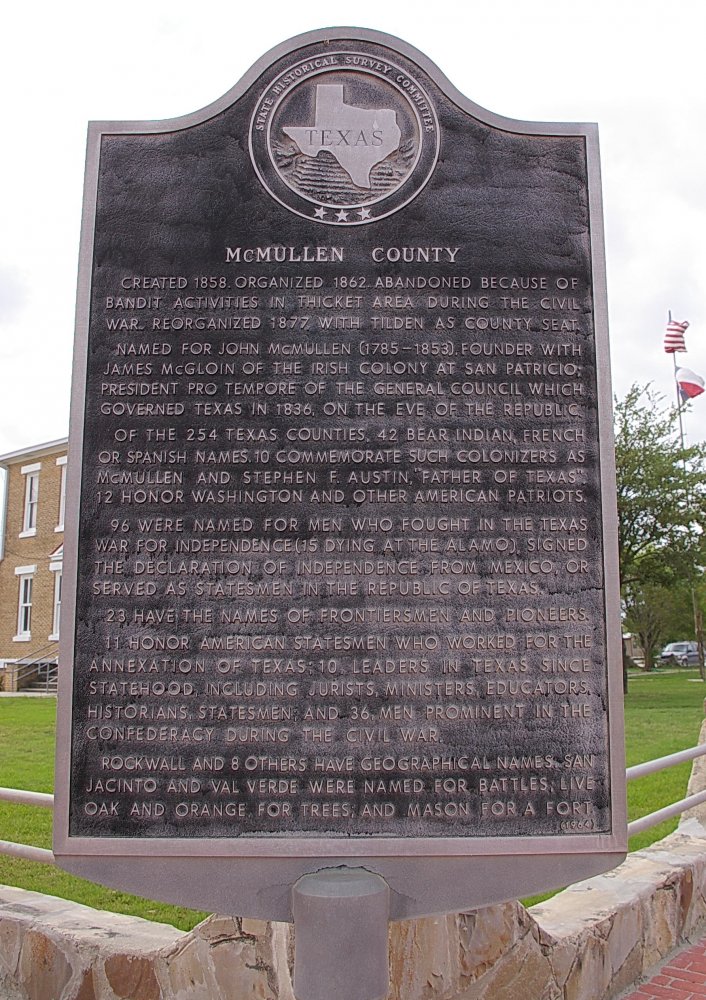