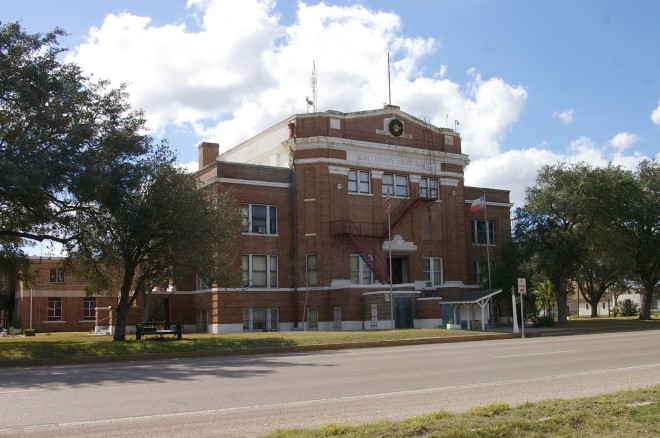 Duval County is named for Burr Harrison Duval, who was a soldier in the Texas Revolution and who died in the Goliad Massacre. 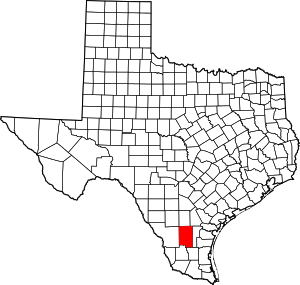 Description:  The building faces north and is a two story red colored brick and concrete structure. The building is located on landscaped grounds in the center of San Diego. The building has a raised basement. The north front has a central entrance on the first story with three windows on the second story with wide belt above and peak at the roof line. The east and west sections are recessed and lower in height. The County Courtroom is located on the second story and has wood paneling, and the District Court courtroom is located in the Courthouse Annex. The building houses the State District Court, Constitutional County Court and County Justice Court.  In 1938, an addition was constructed on the south side as the Courthouse Annex. The architect was Page Brother of Austin and the contractor was C C Fowler. The Courthouse Annex was renovated in 1999 to 2000. The architect was Morgan Spear Associates, Inc. and the contractor was Progressive Structures, Inc. 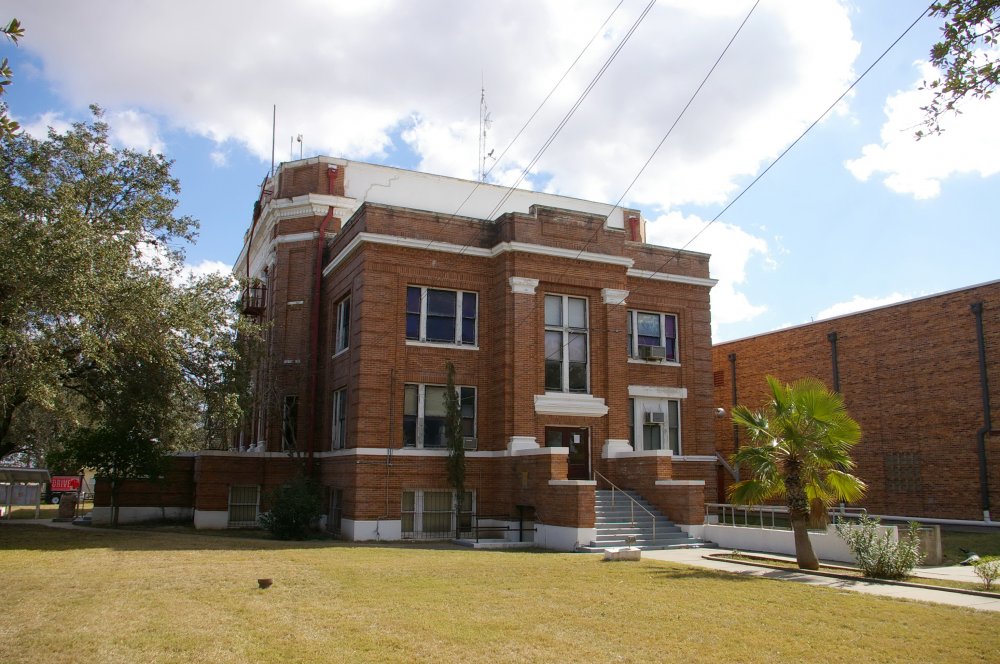 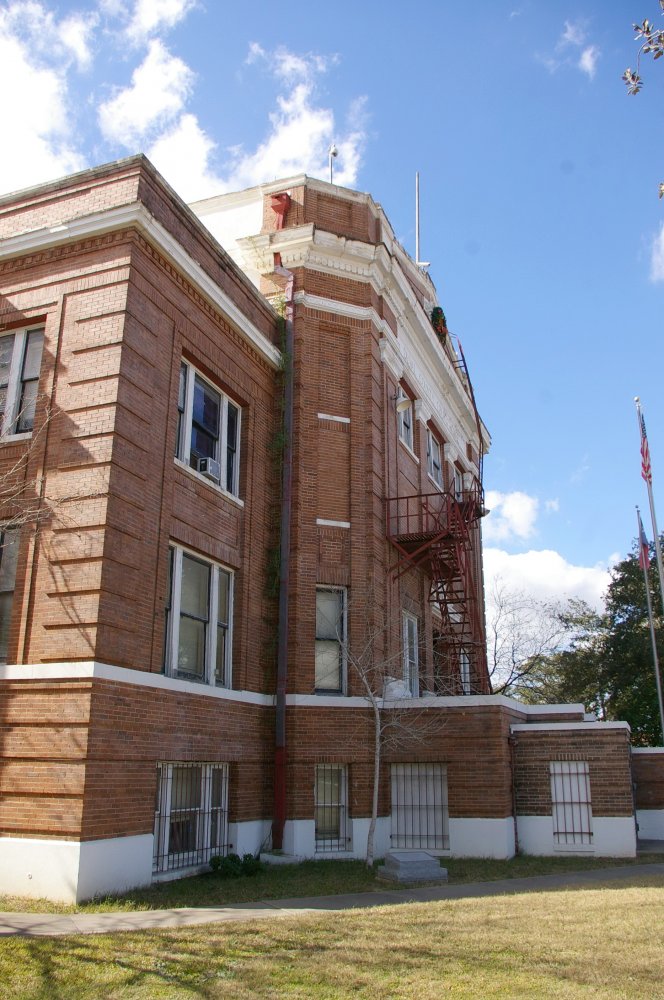 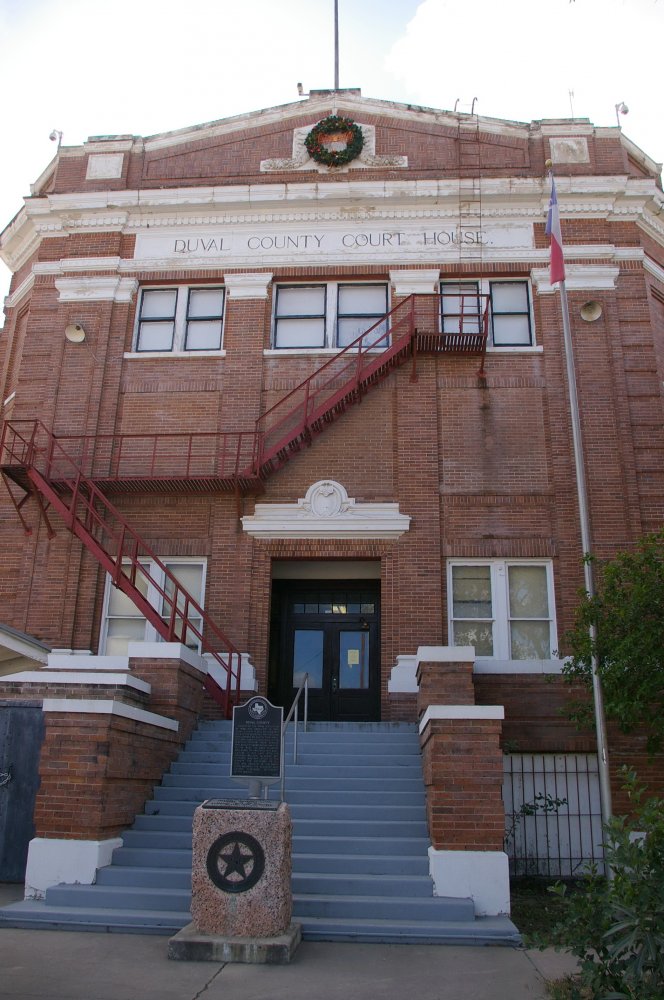 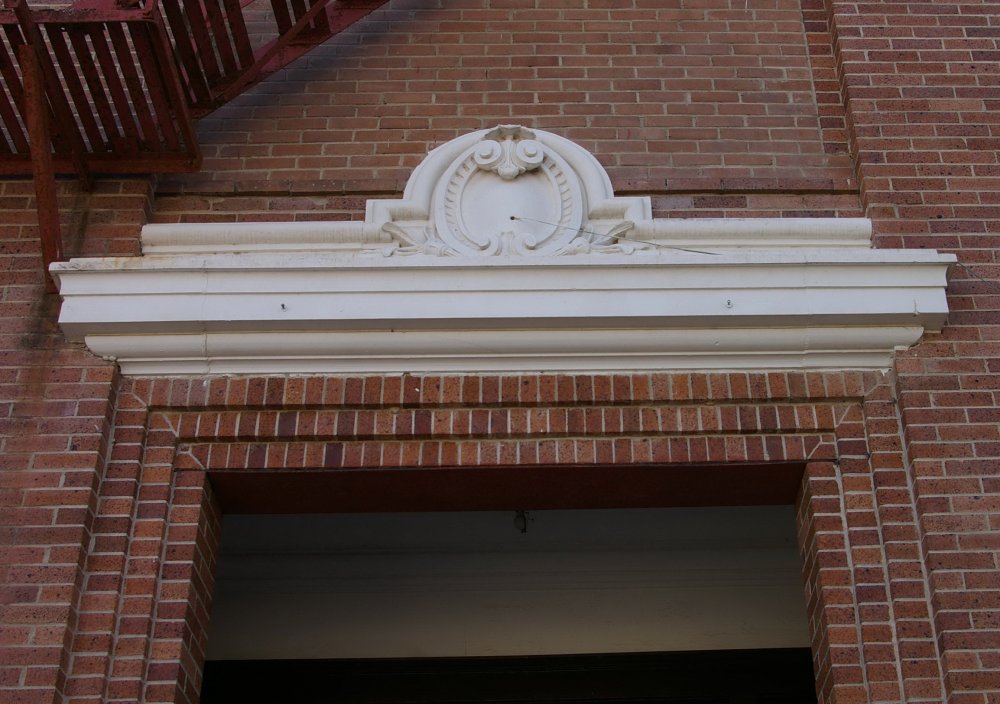 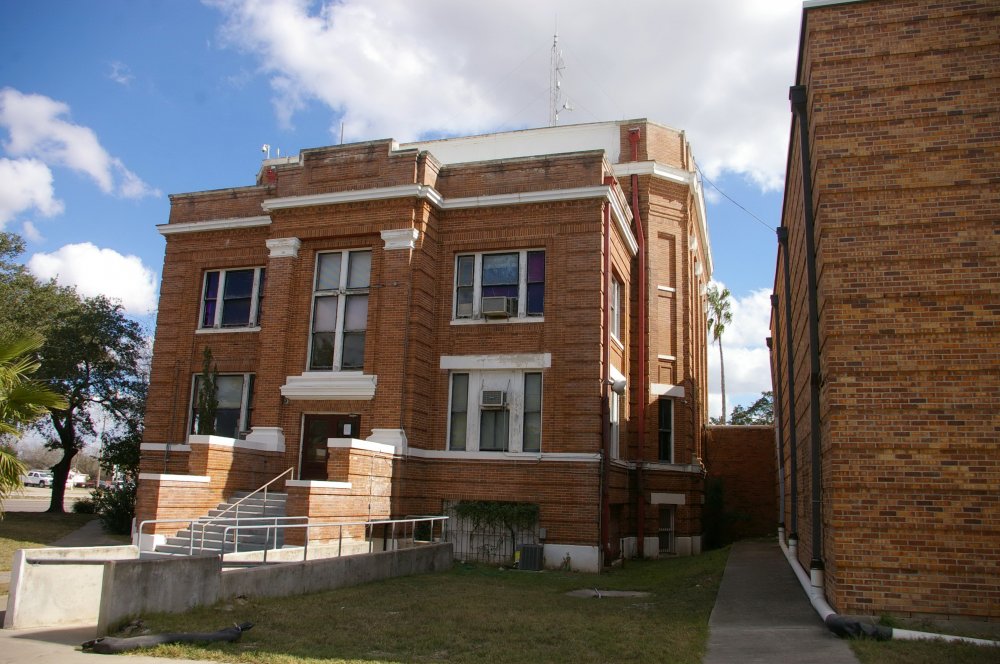 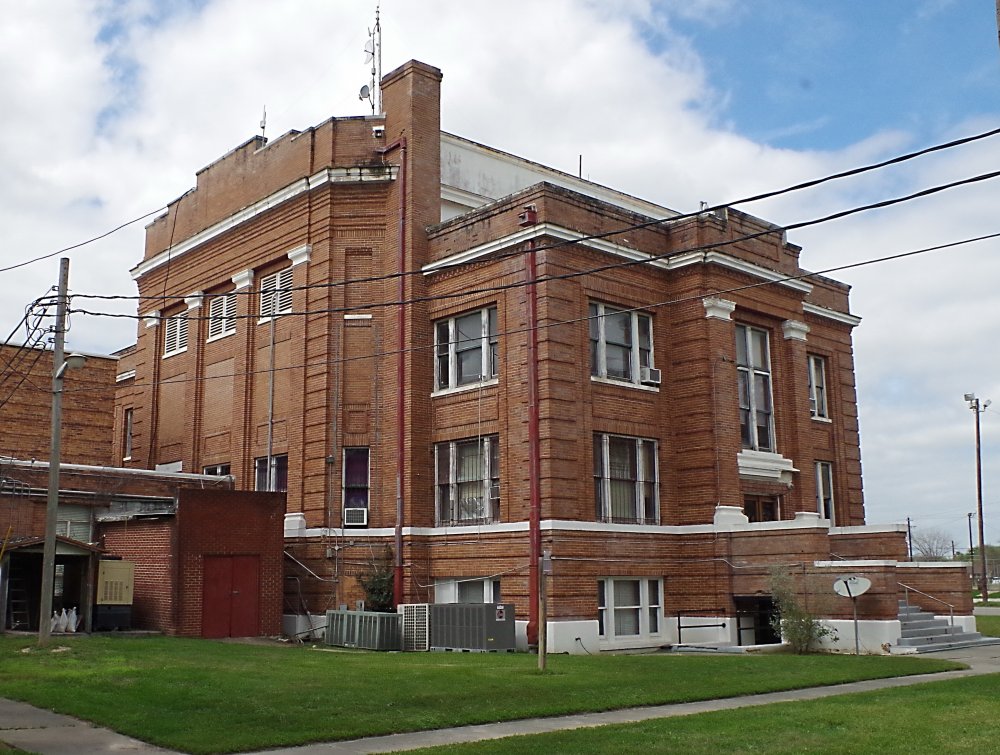 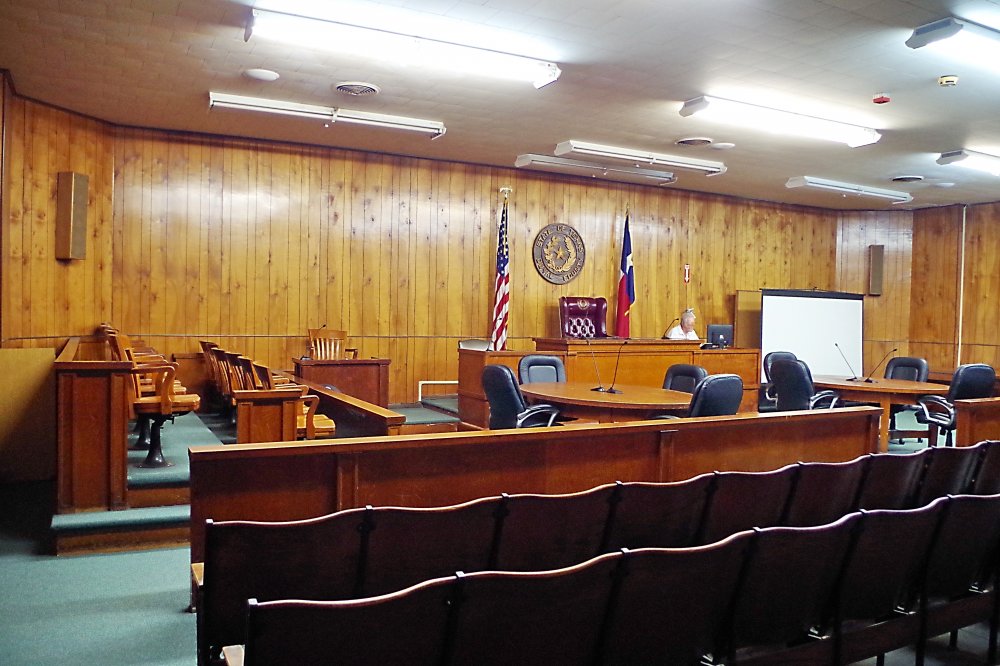 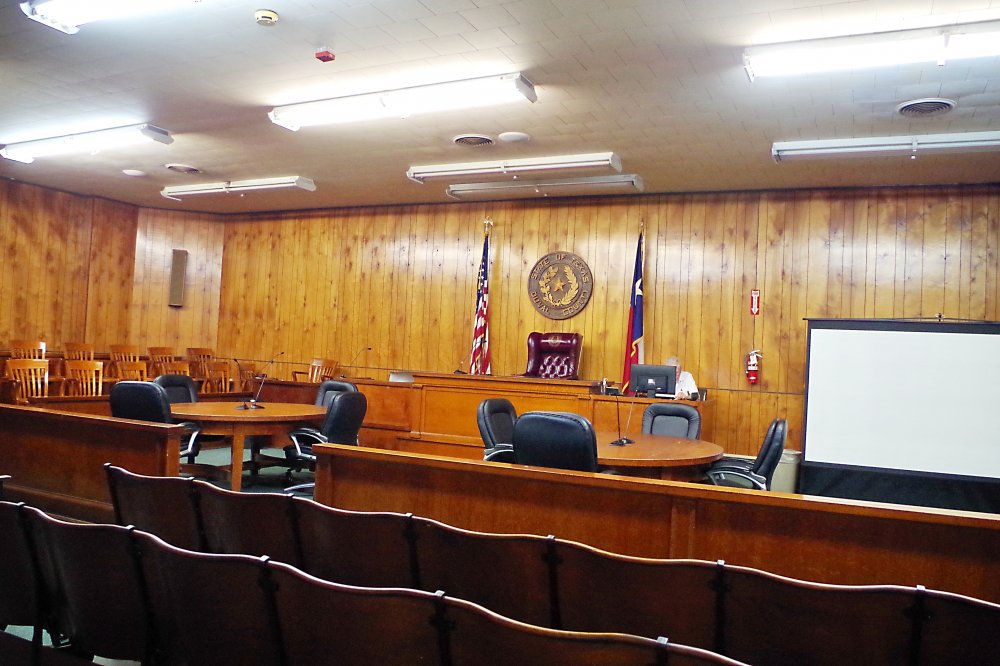 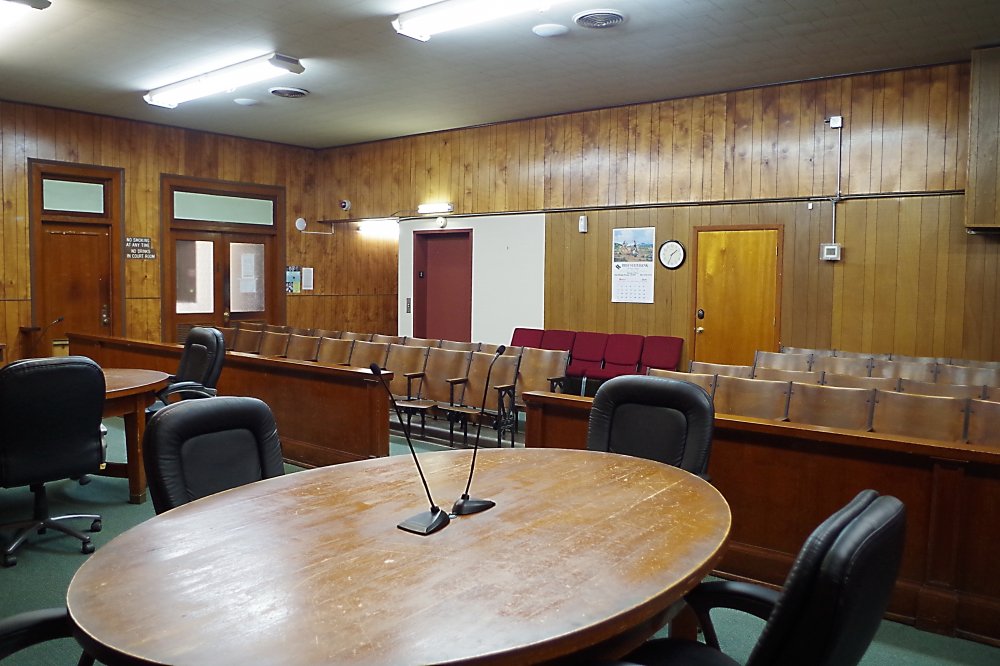 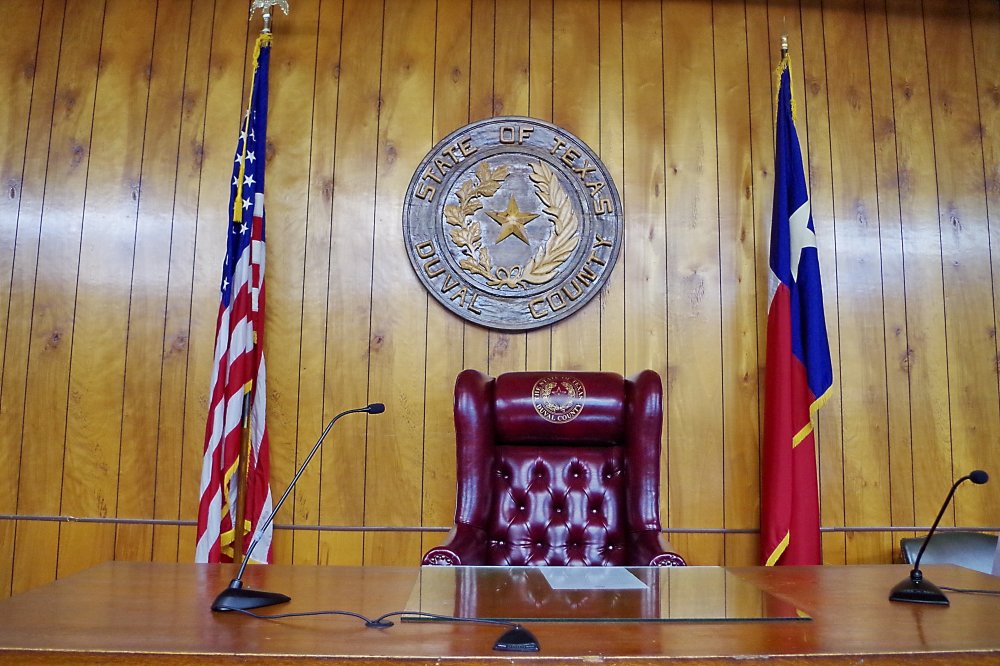 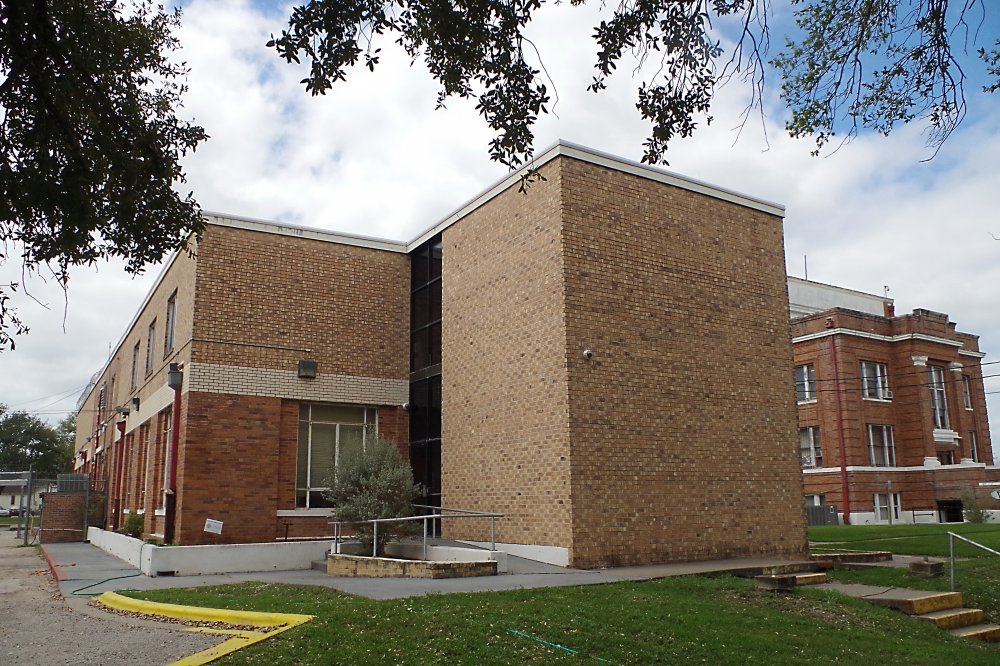