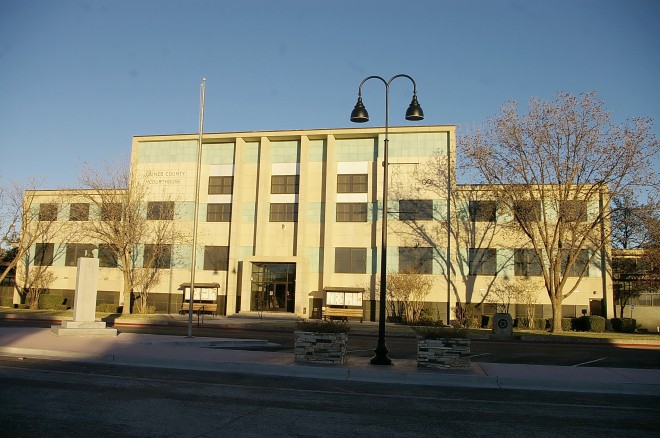 Gaines County is named for James Gaines, who was a merchant and a signer of the Texas Declaration of Independence. 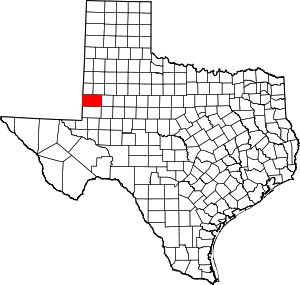 Description:  The building faces west and is a three story buff colored brick and concrete Modern style structure. The rectangular shaped building is located on landscaped grounds in the center of Seminole. The building is a “T” shape with an east wing. The center section has a central glass entrance on the first story. Vertical pilasters divide the windows. The north and south wings are two story. The roof line is flat. In the interior, the walls have black colored marble on the lower half. The State District Court courtroom is located on the west side of the second story and the County Court courtroom is located on the northeast side of the first story. The building houses the State District Court, Constitutional County Court and County Justice of the Peace. The building was remodeled and enlarged in 1955. The architect was Stiles, Roberts, Gee & Messersmith and the contractor was B F Horn. In 2011 the facilities were upgraded. The contractor was Noresco. 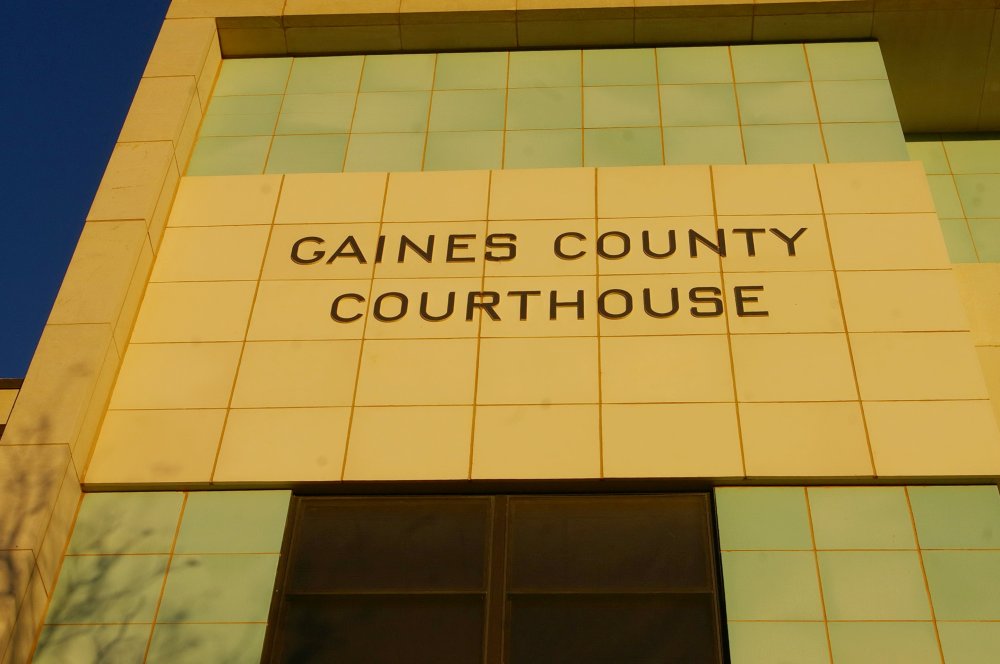 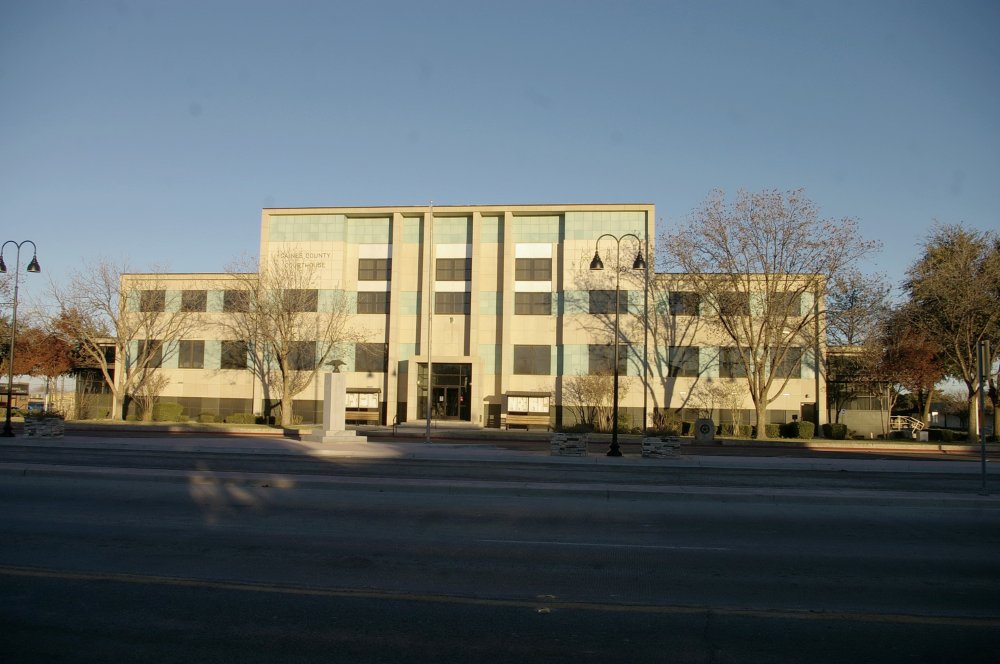 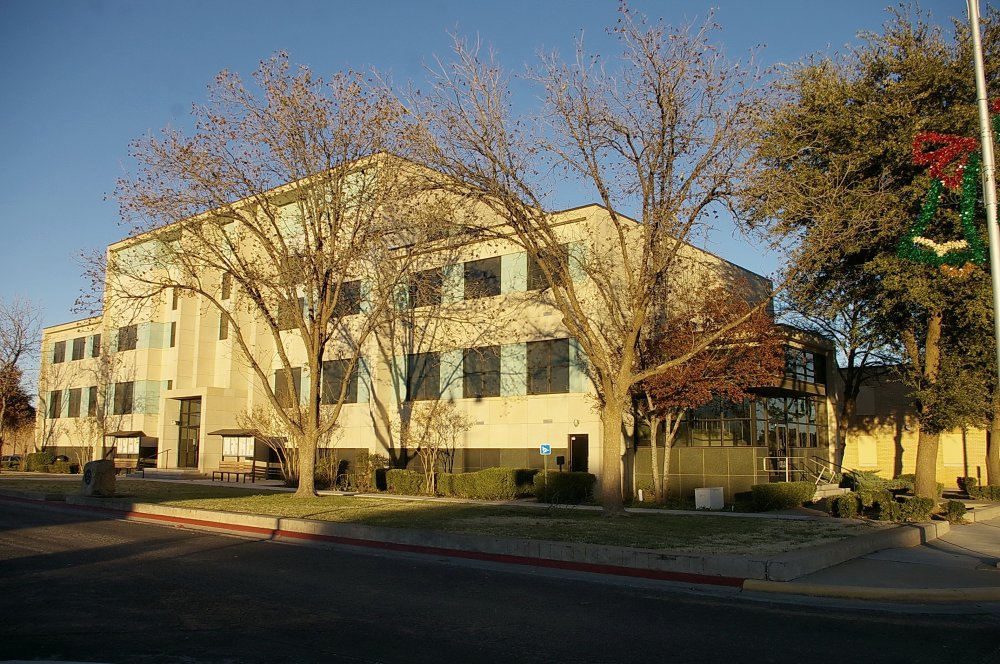 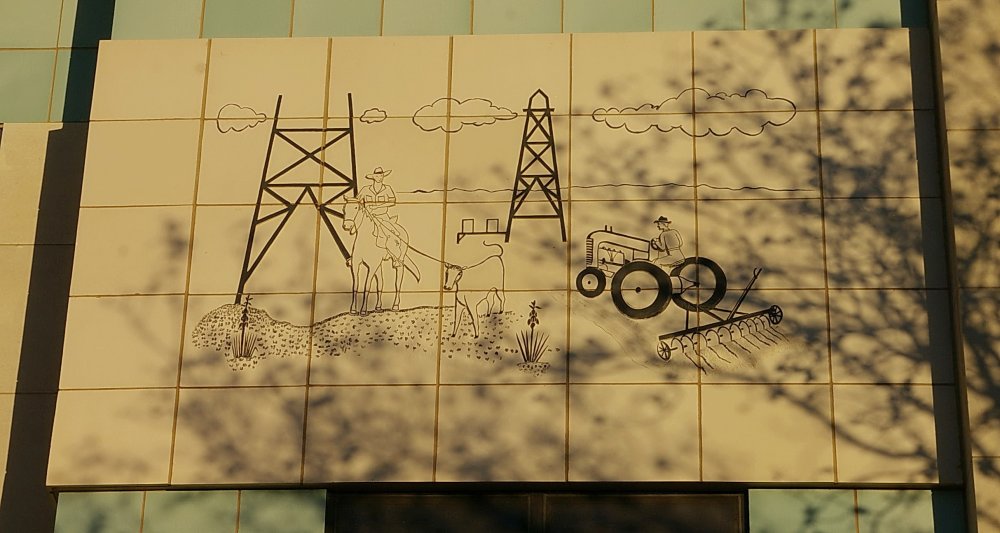 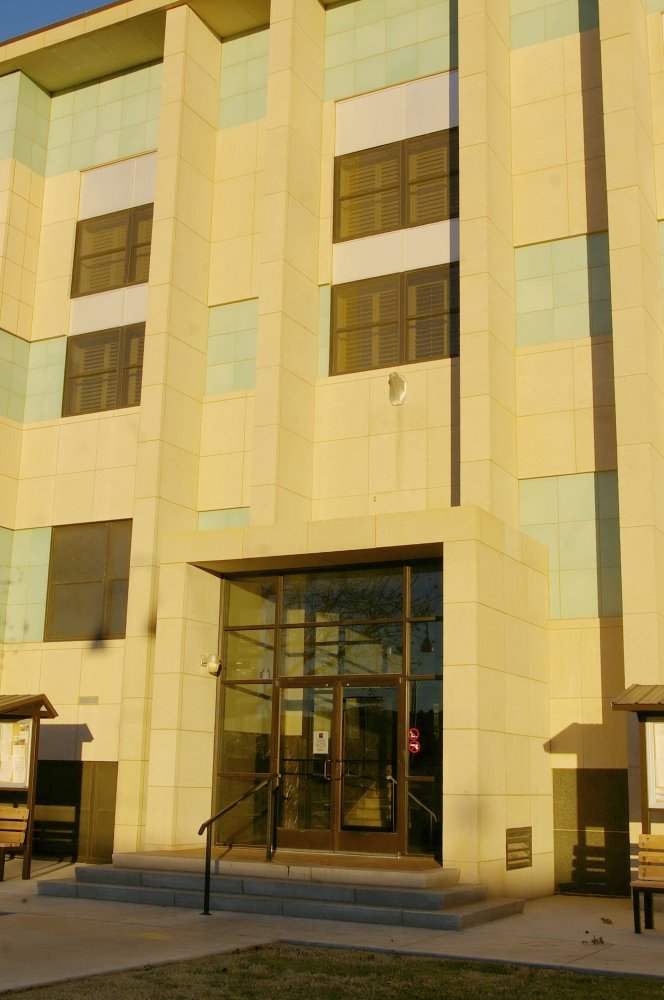 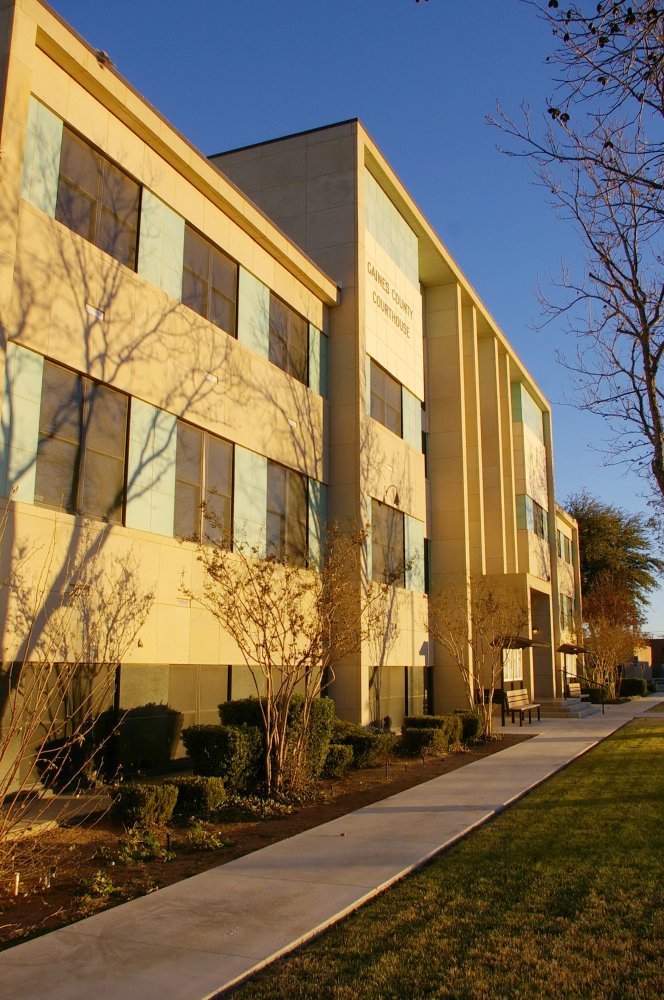 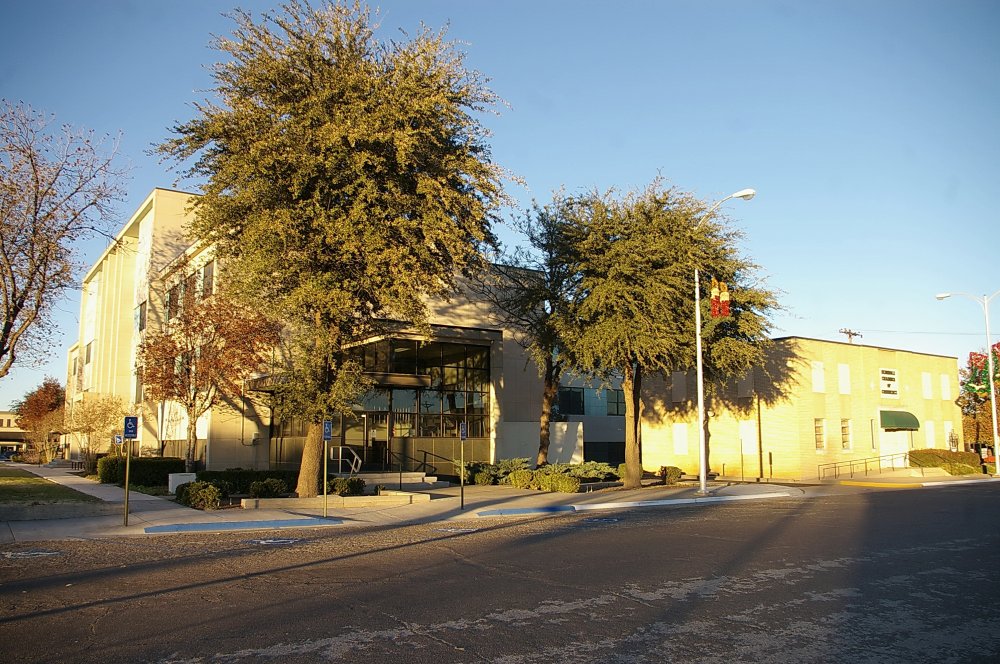 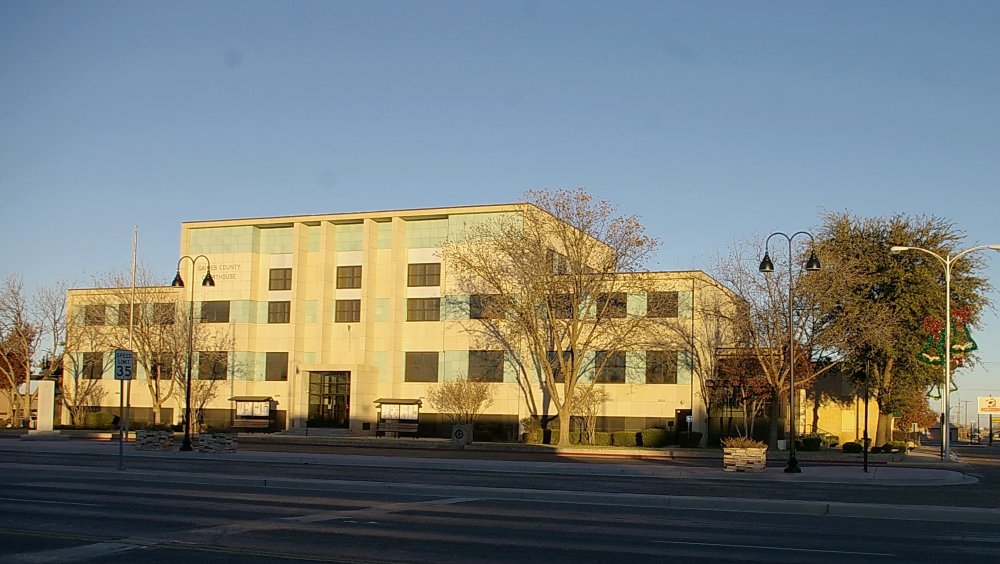 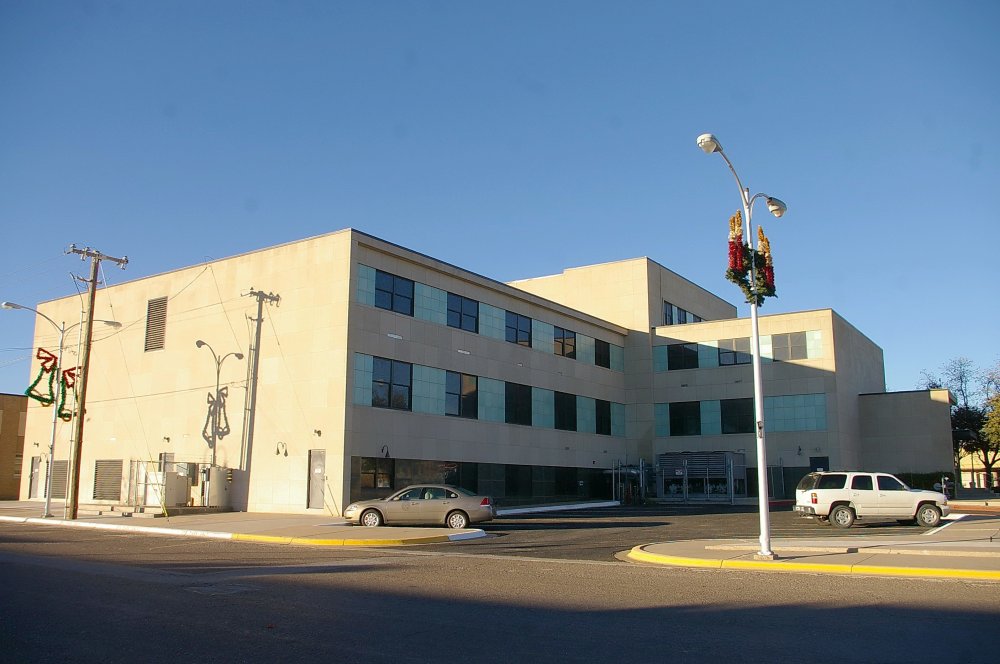 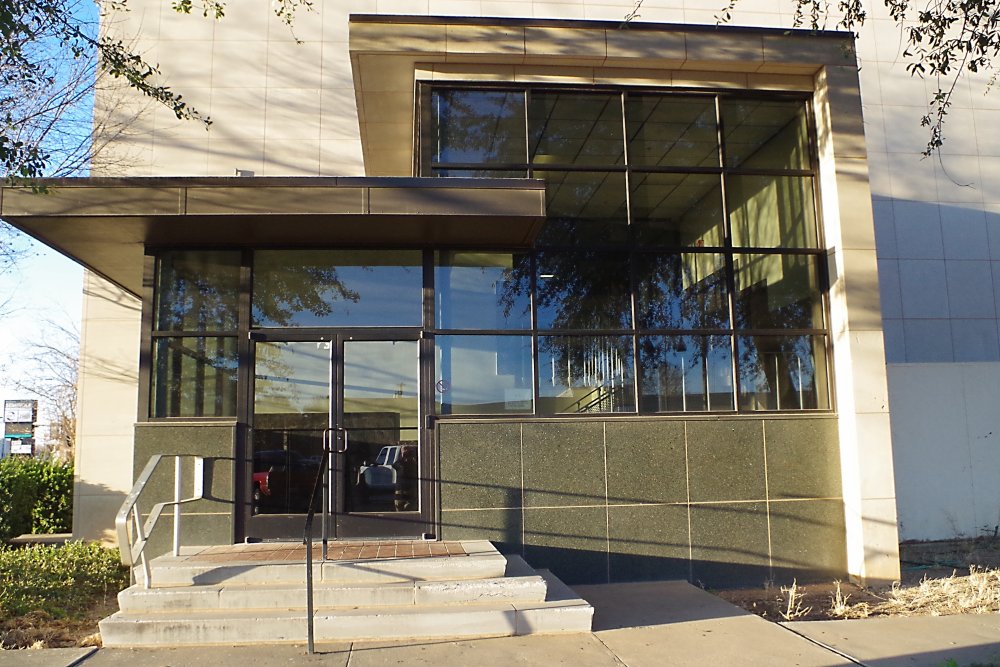 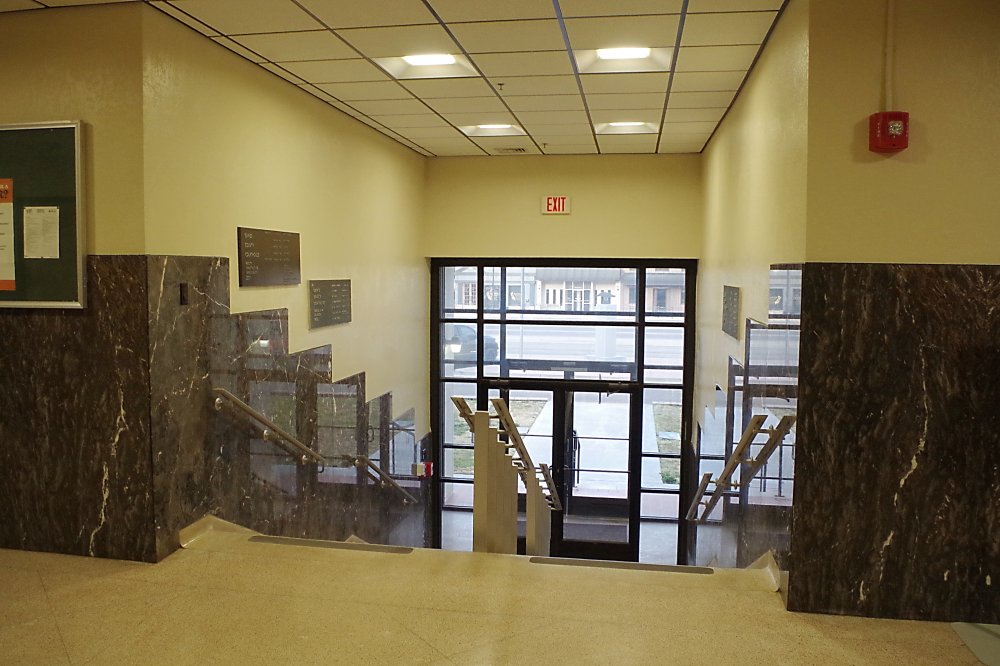 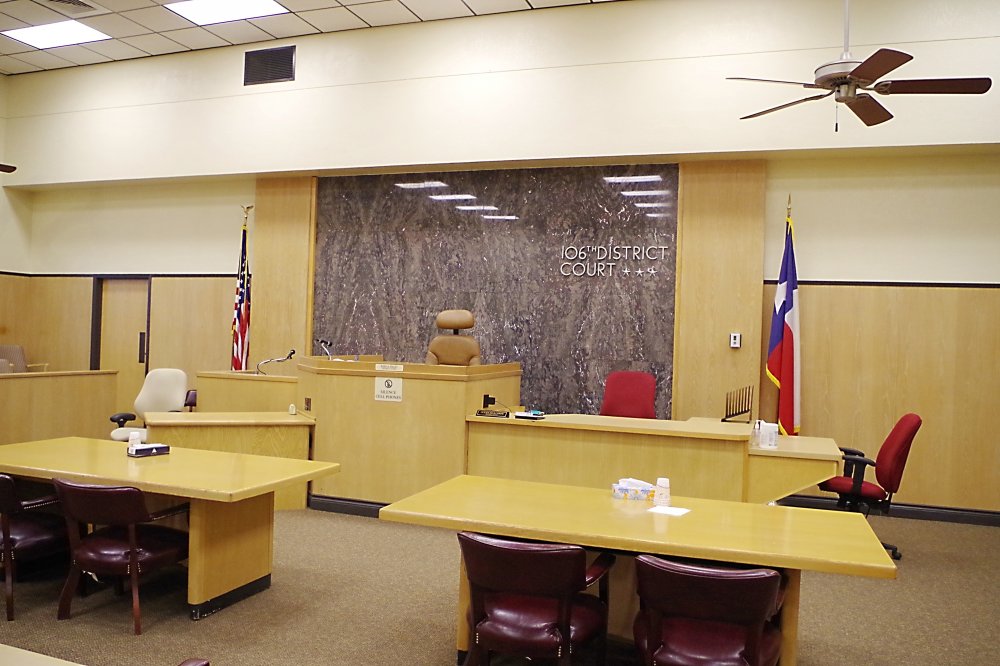 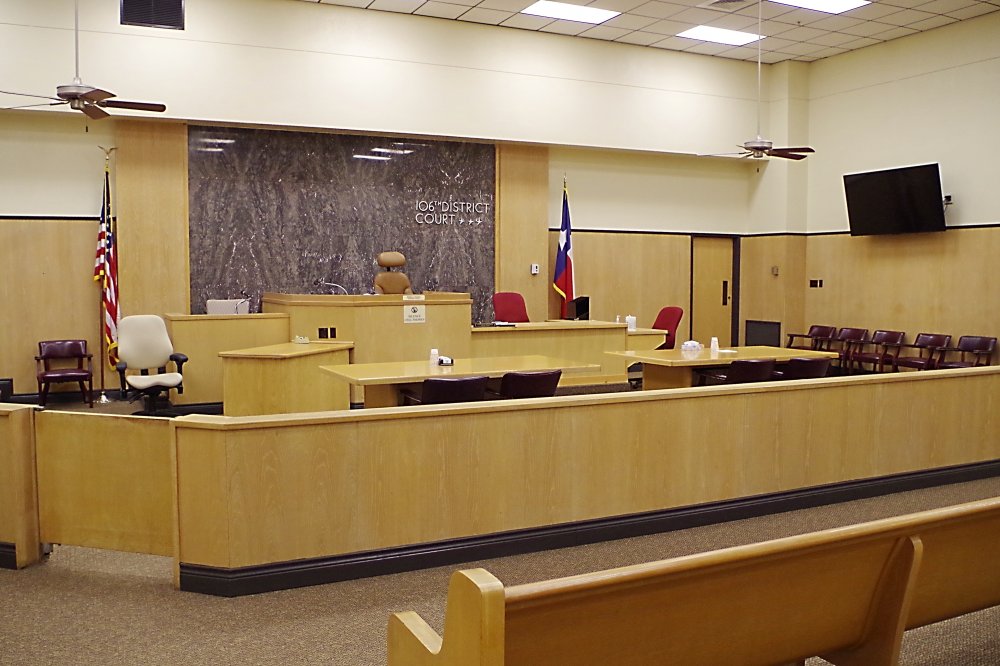