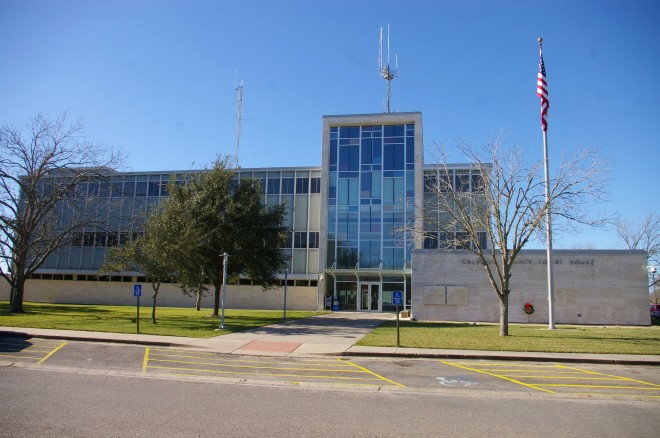 Calhoun County is named for John Caldwell Calhoun, who was the seventh Vice President of the United States.

Description:  The building faces northeast and is a three story concrete, steel, stone and glass modern style structure. The building is located on landscaped grounds in the center of Port Lavaca. The northeast front is faced with a light yellow colored stone. Towards the northeast corner the building rises in a square tower with glass and aluminum dividers. The outer walls of the second and third stories are glass with aluminum dividers. The roof line is flat. In the interior, the courtroom is located on the second story. The building houses the State District Court, Constitutional County Court and County Court at Law. On the north side is the County Courthouse Annex. 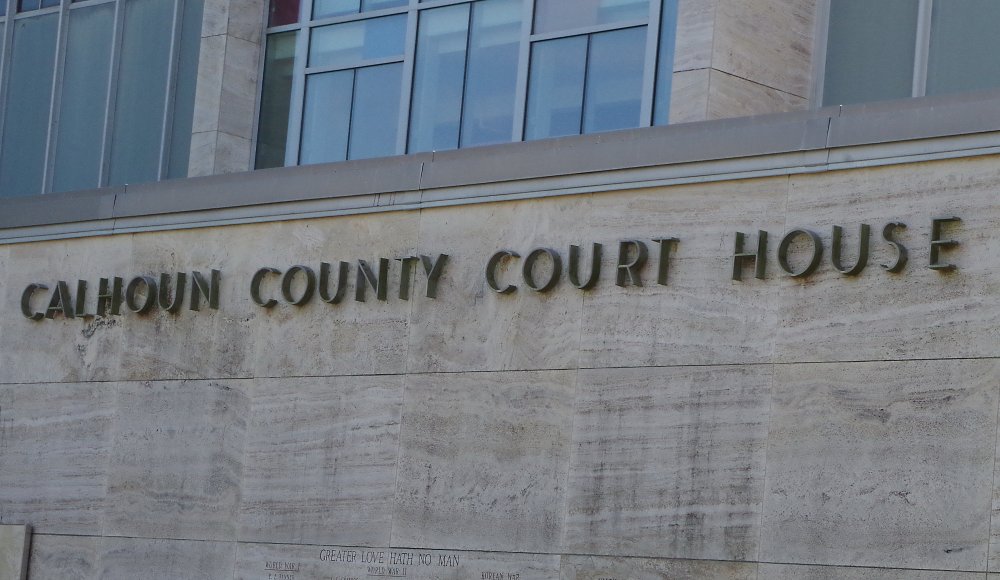 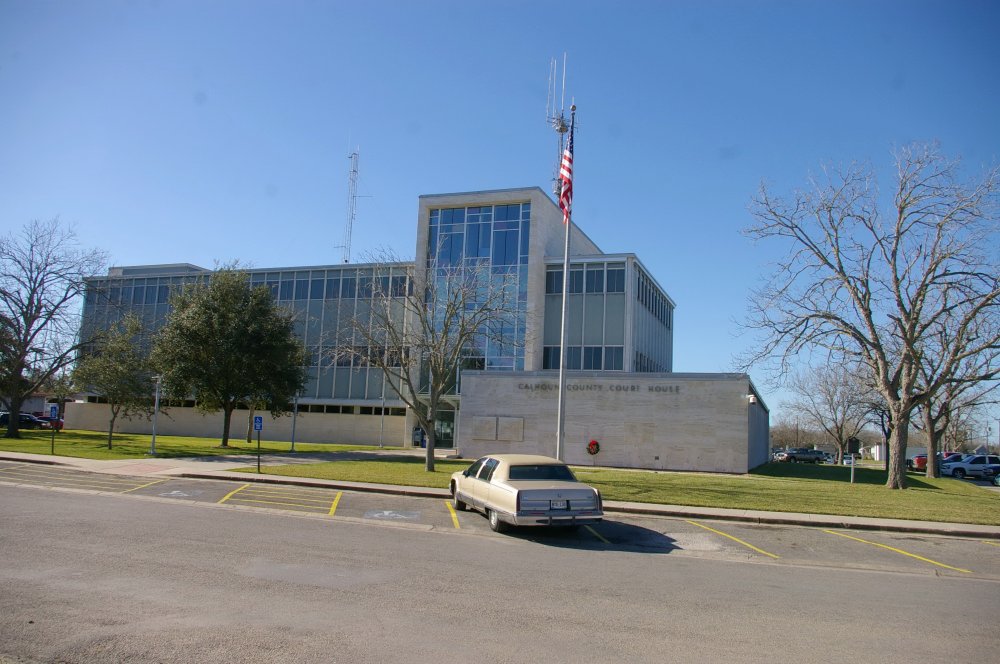 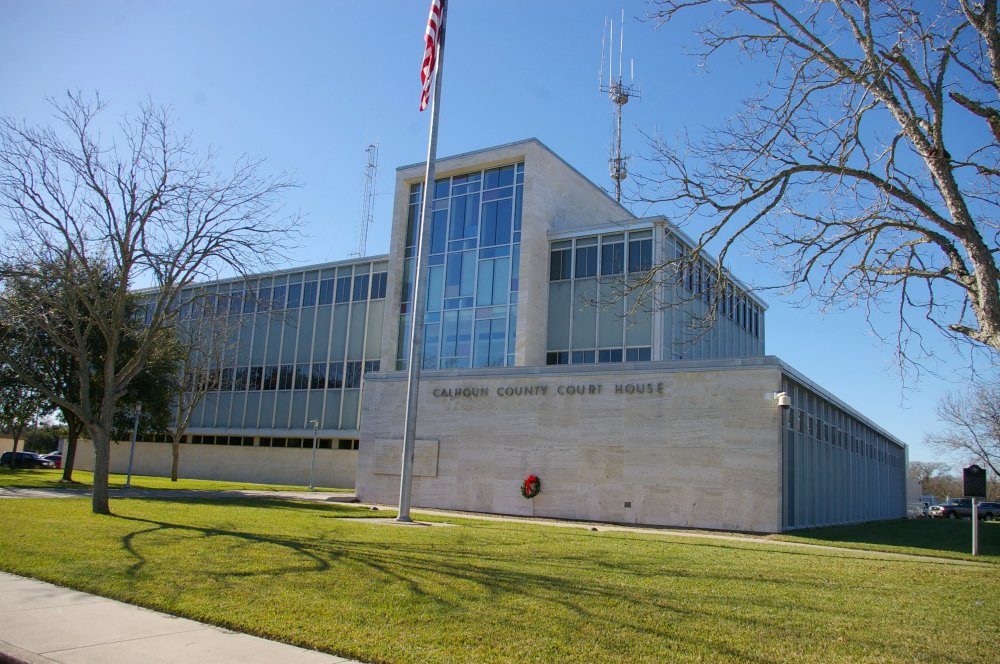 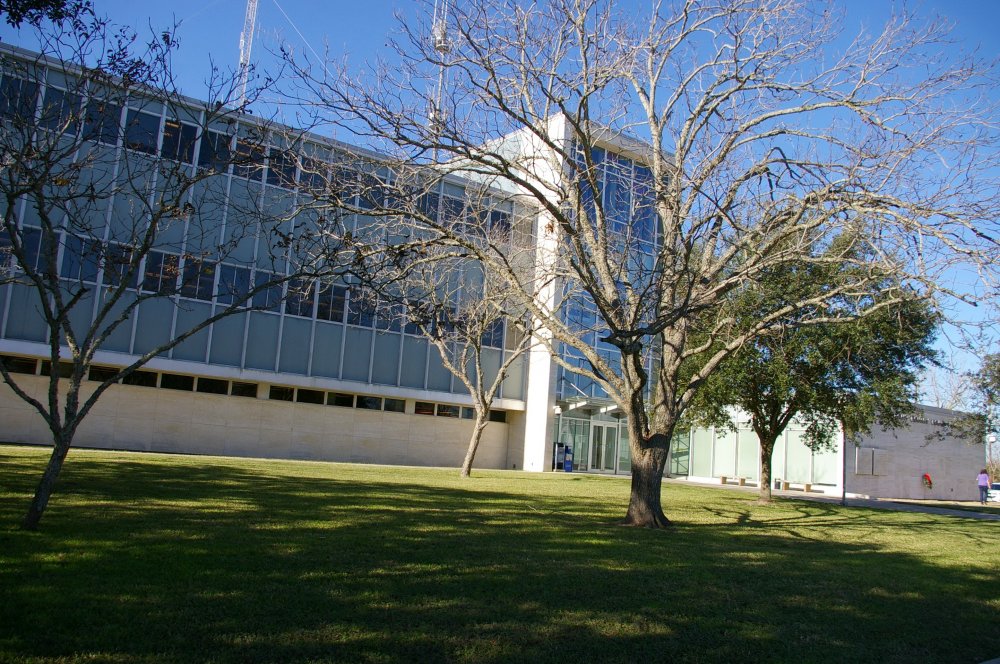 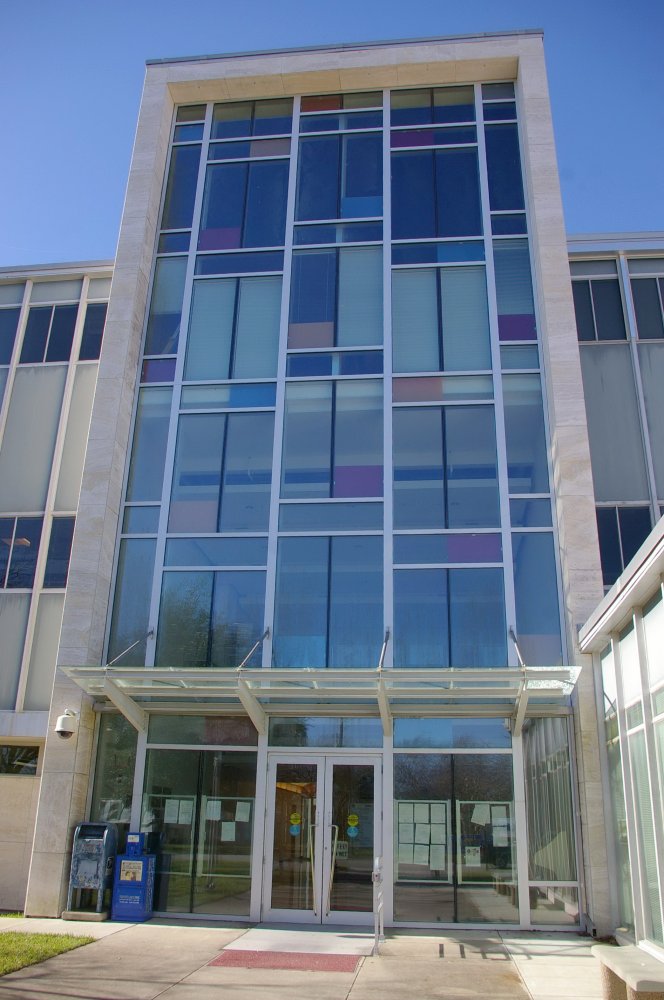 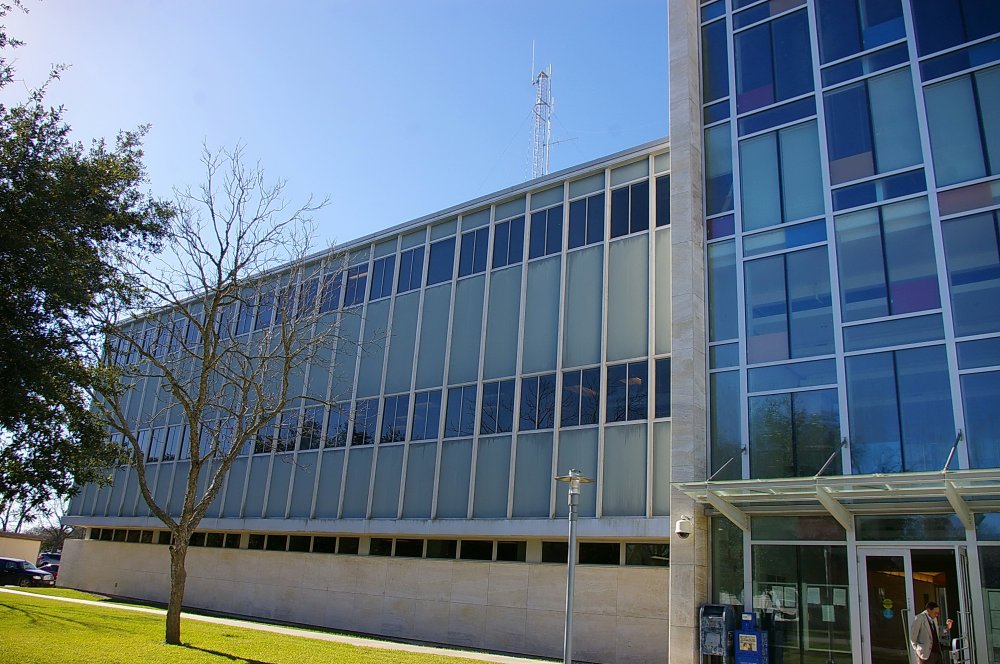 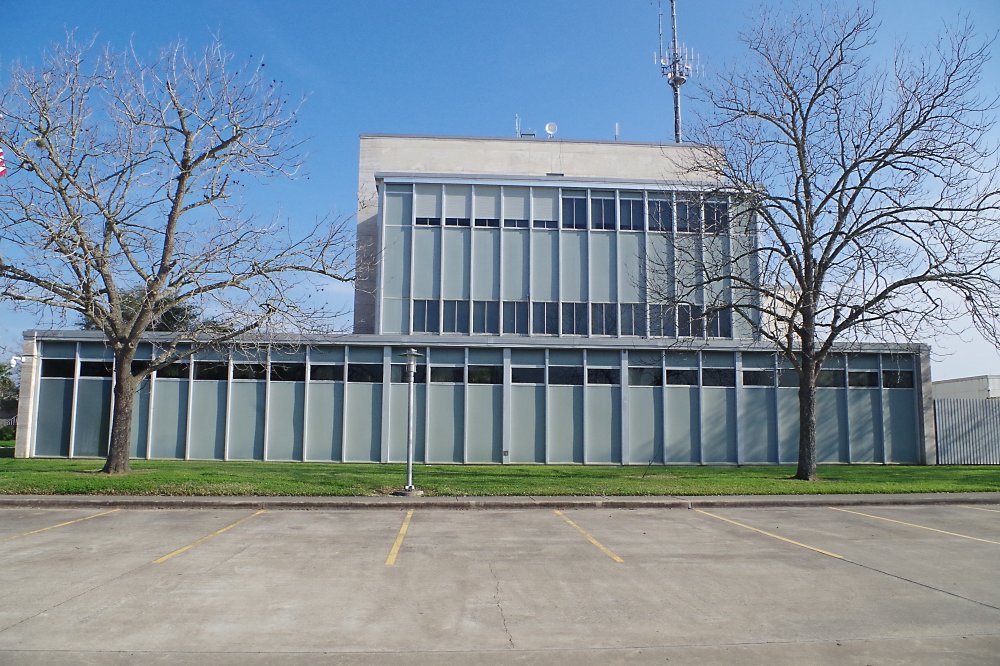 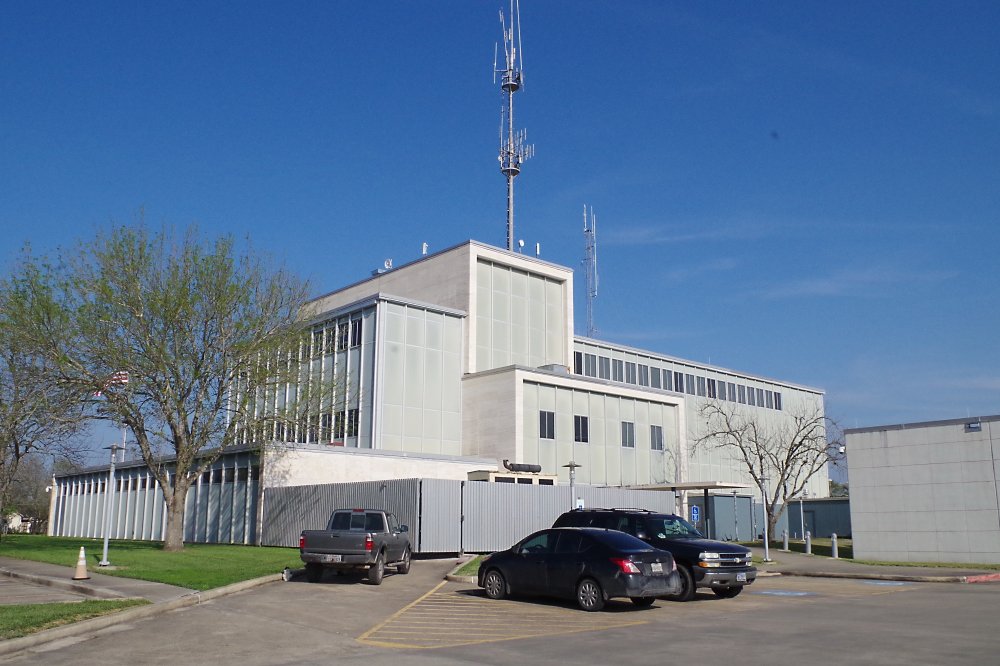 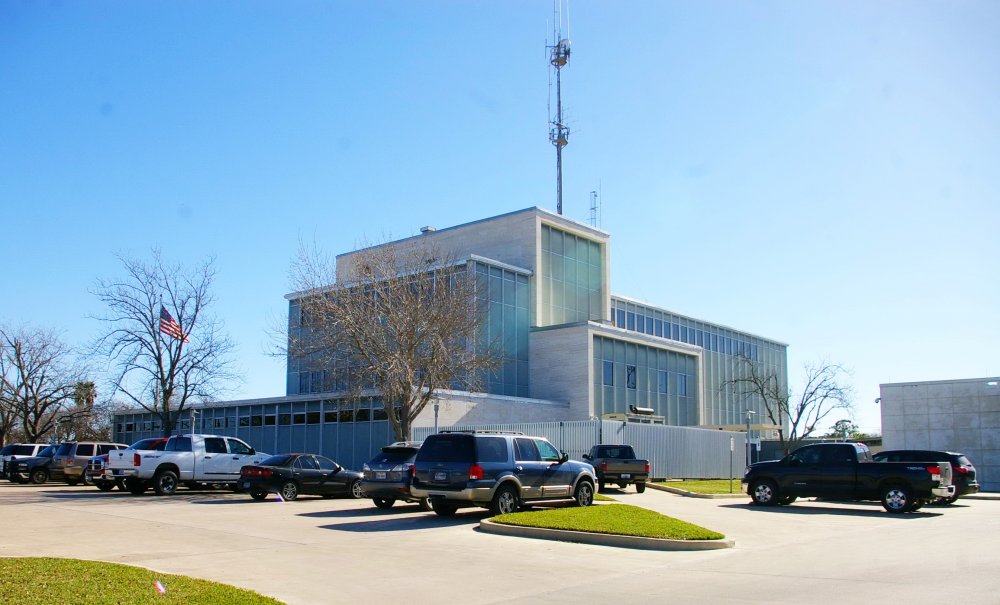 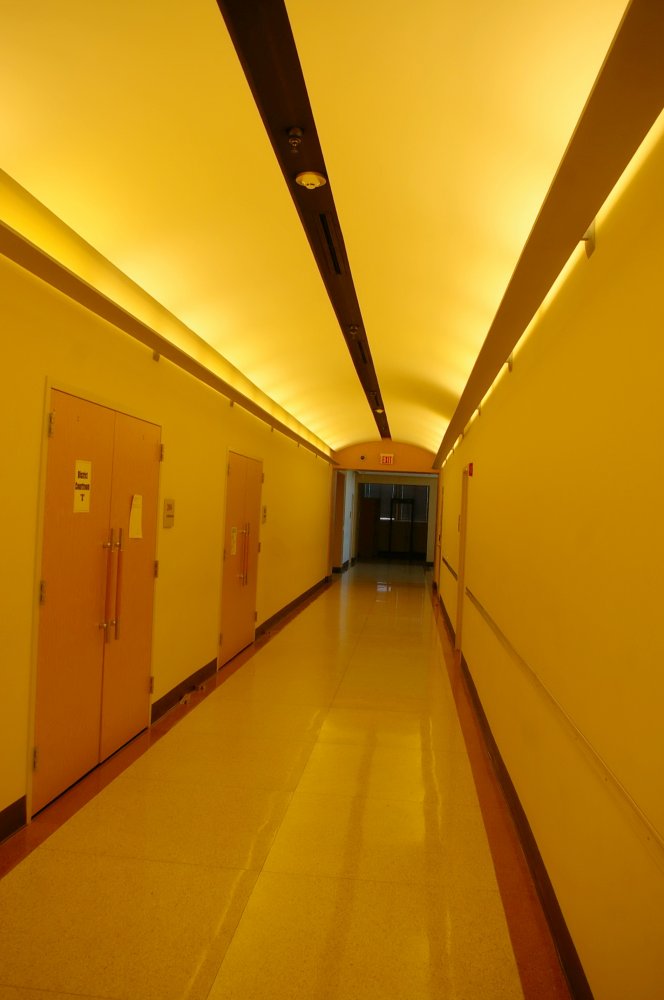 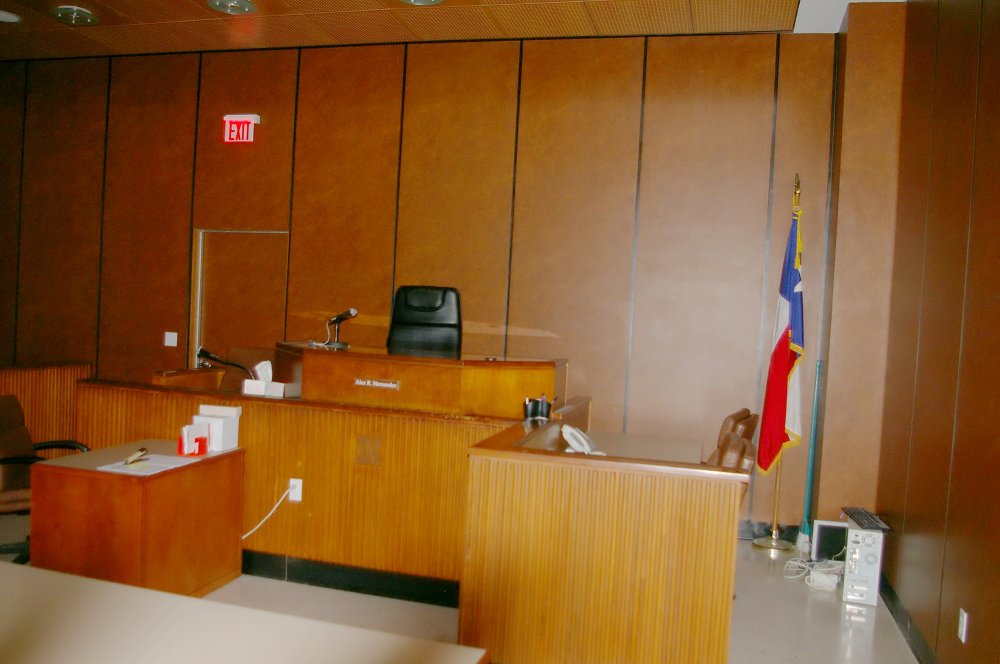