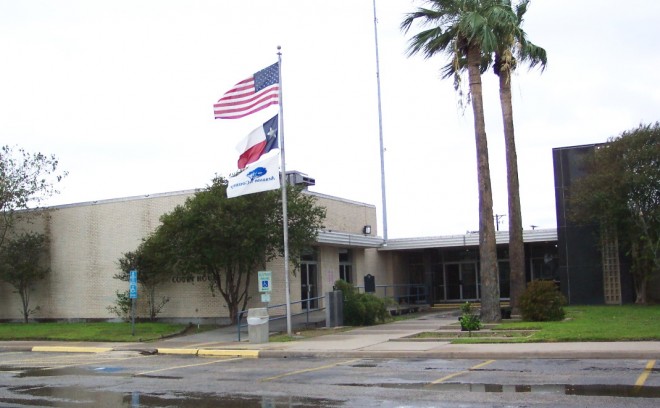 Aransas County is named for the Rio Nuestra Senora de Aranzazu which was a Spanish outpost. 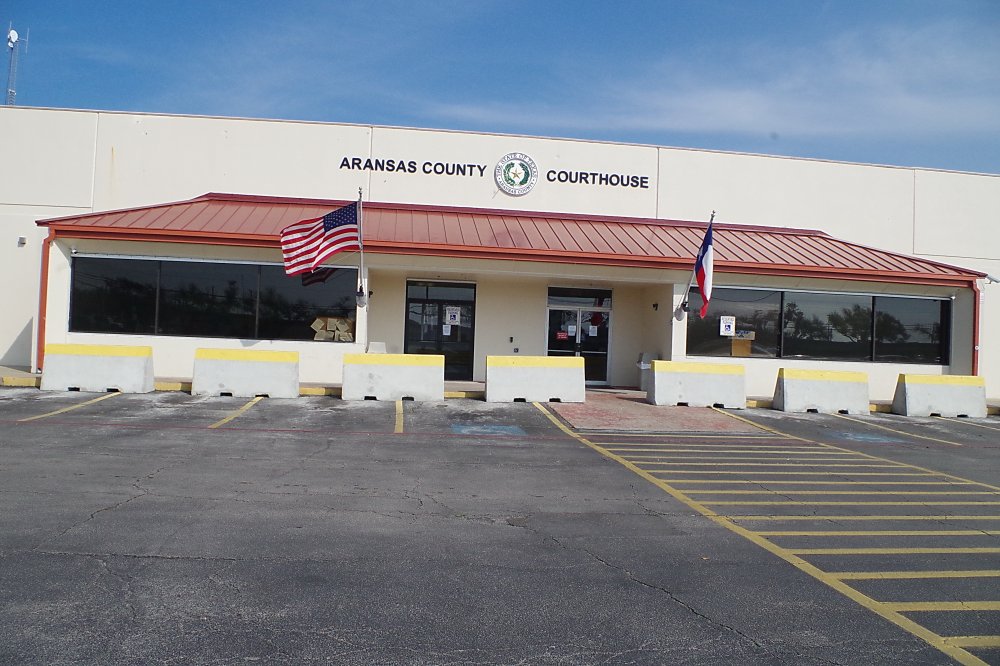 Description:  The building faces west and is a one store cream colored concrete structure. The building is located on the grounds of a shopping mall to the north of the center of  the city. The building was formerly the ACE Hardware Store. The west front has a projecting center section with horizontal windows and red colored tiled roof. The roof line is flat.

History:  The county was created in 1871 and Rockport was selected as the county seat. The first courthouse was built in Rockport in 1871. The second  courthouse was designed by J Reily Gordon and the contractor was Emil Niggle and William Witte in 1889. The third courthouse was constructed in 1955 to 1956 at a cost of $480,000 and was razed in 2018. The fourth courthouse was occupied in 2018. 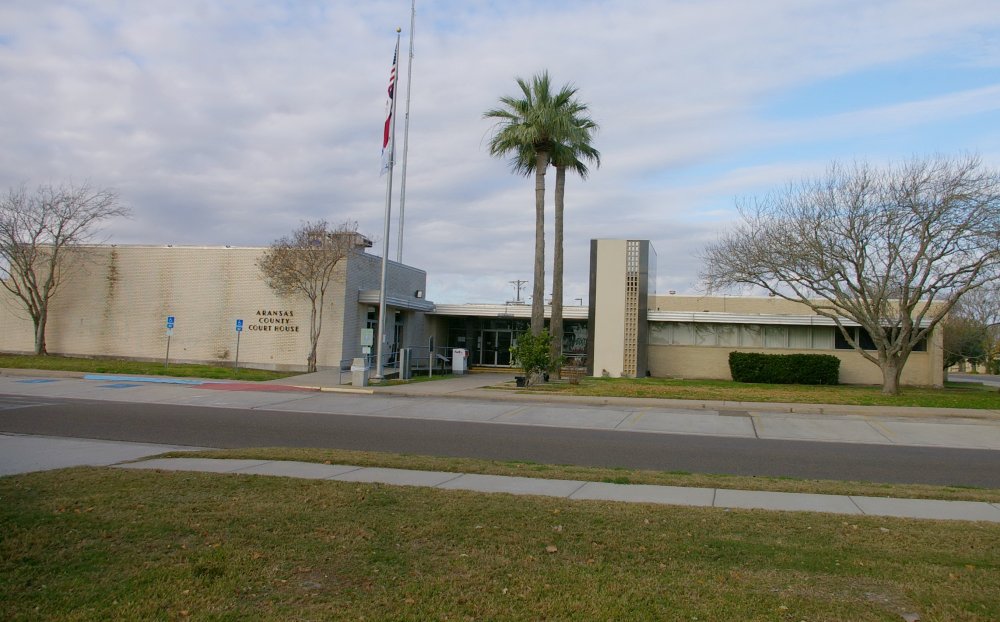 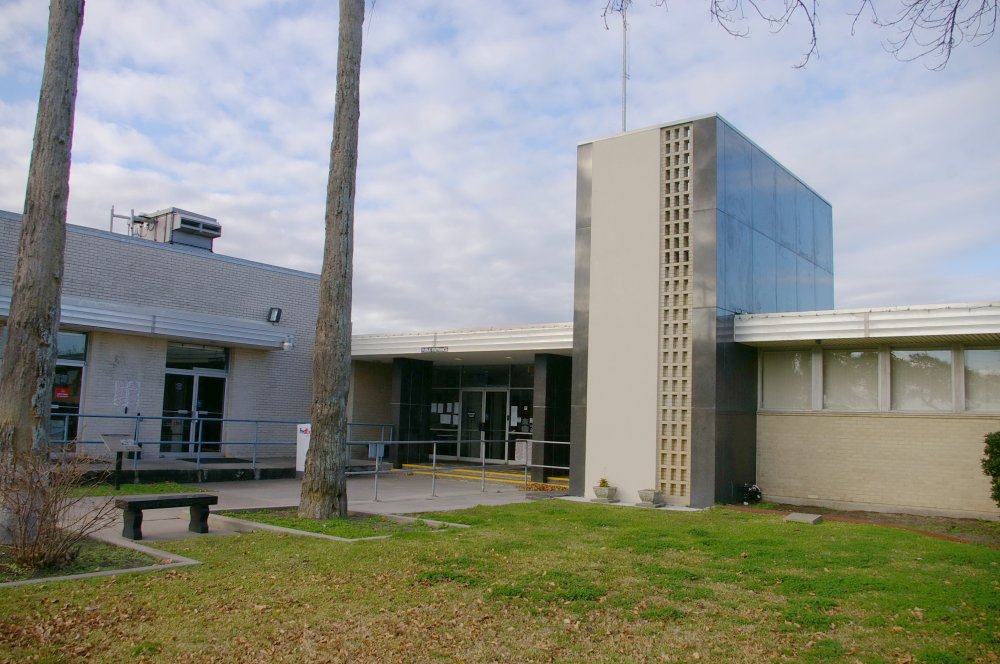 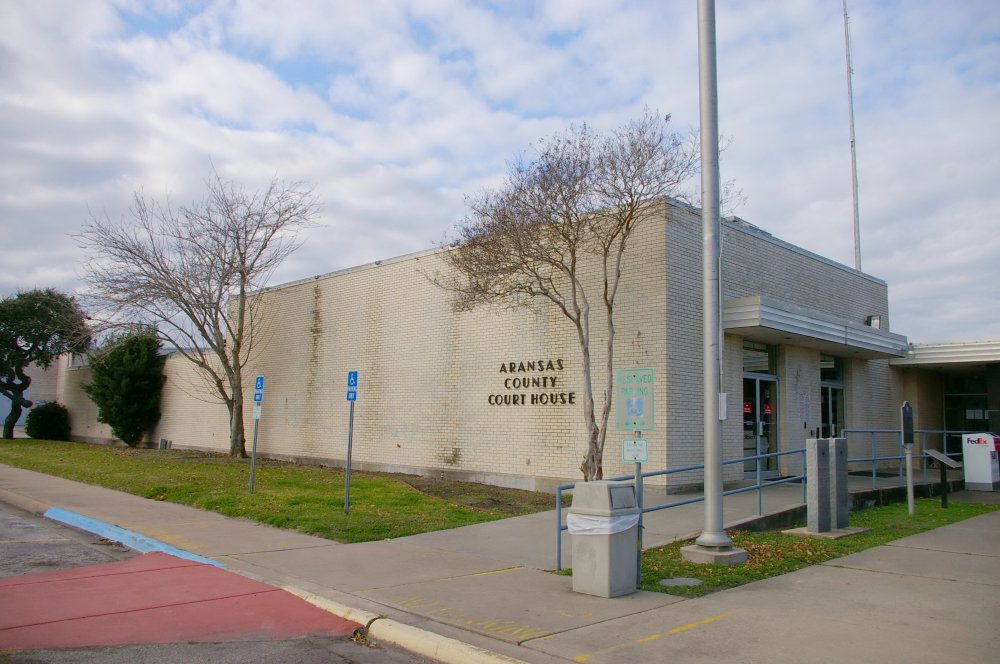 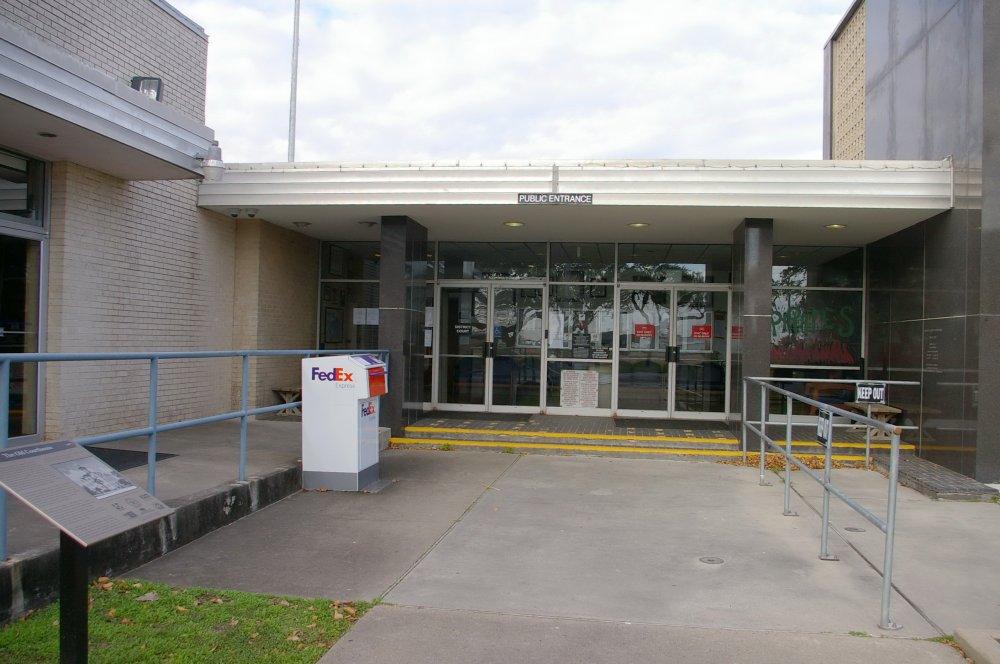 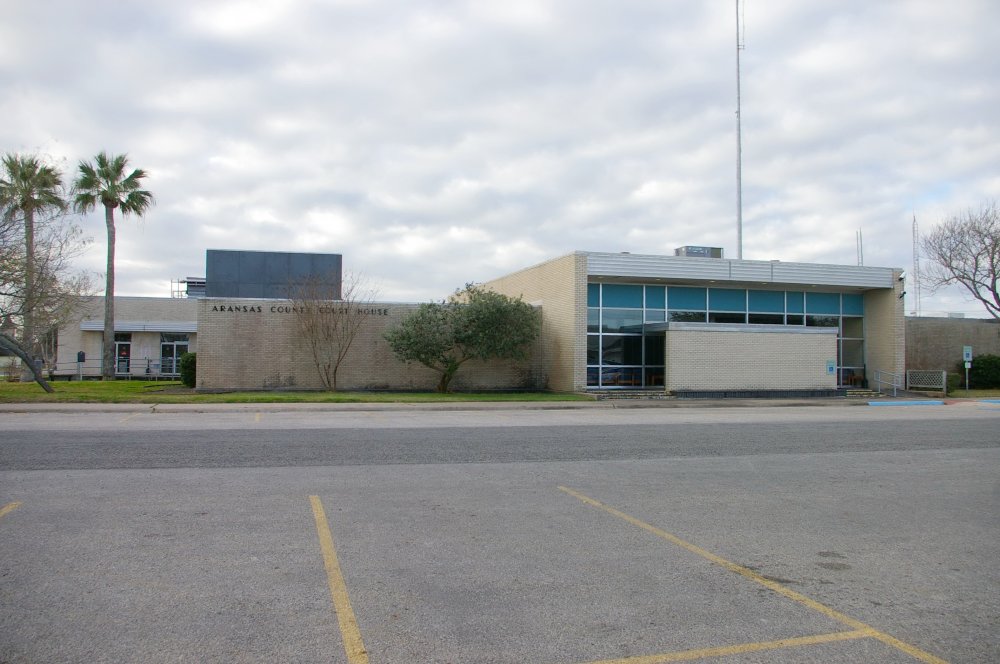 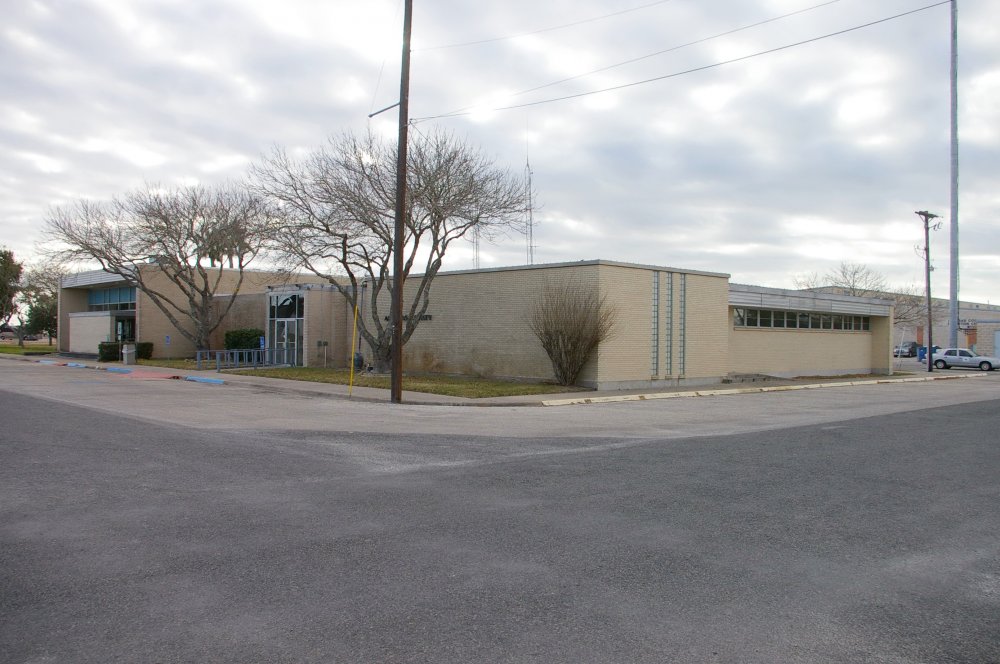 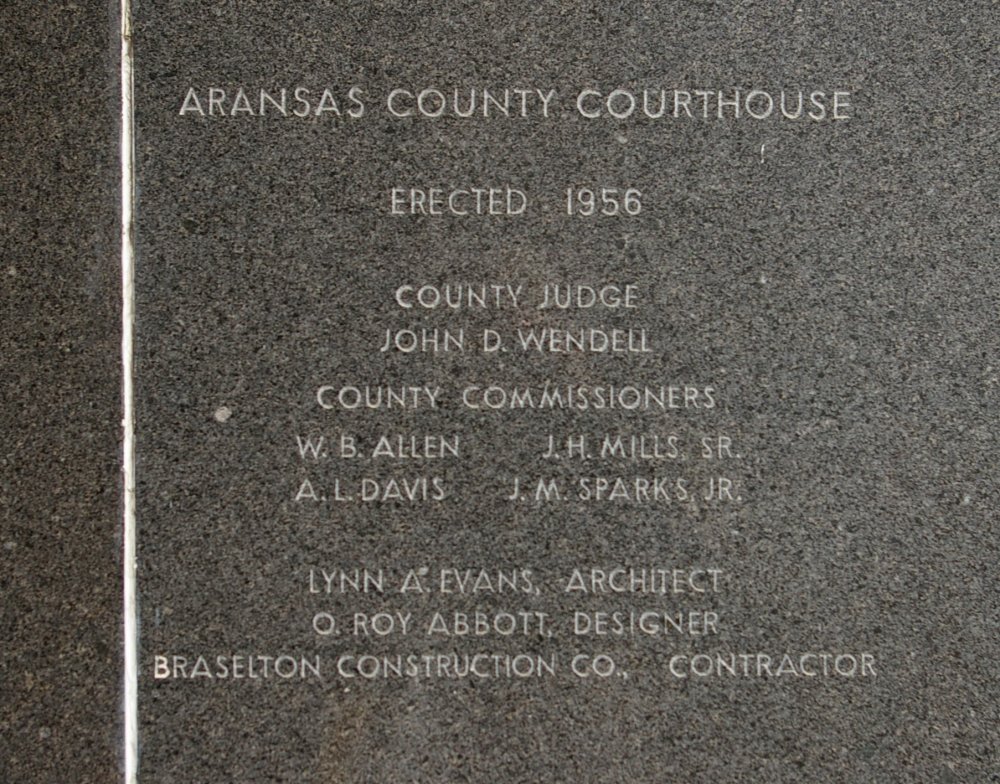 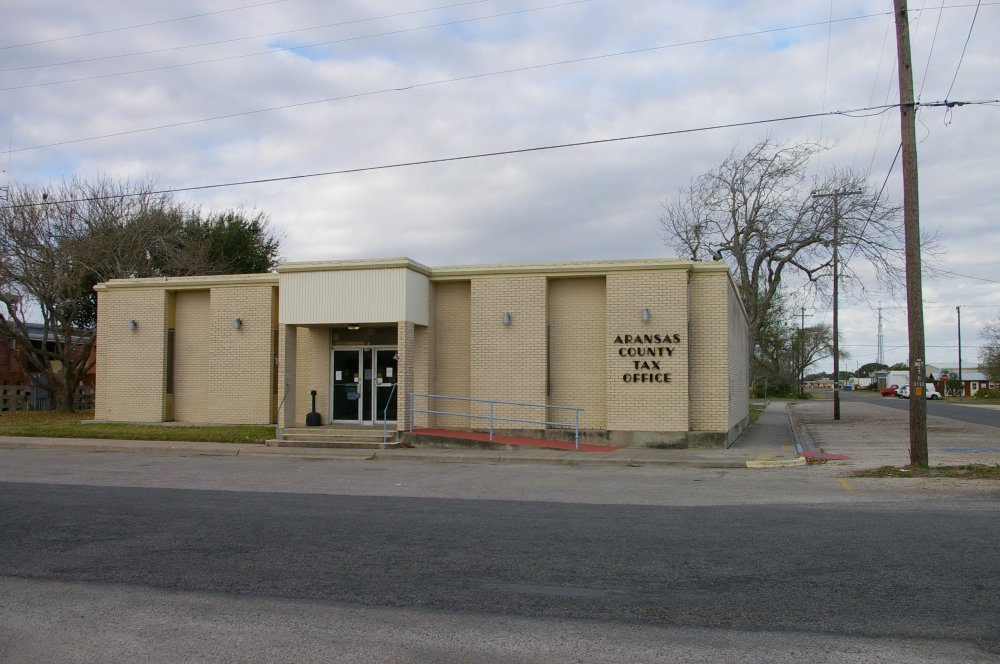 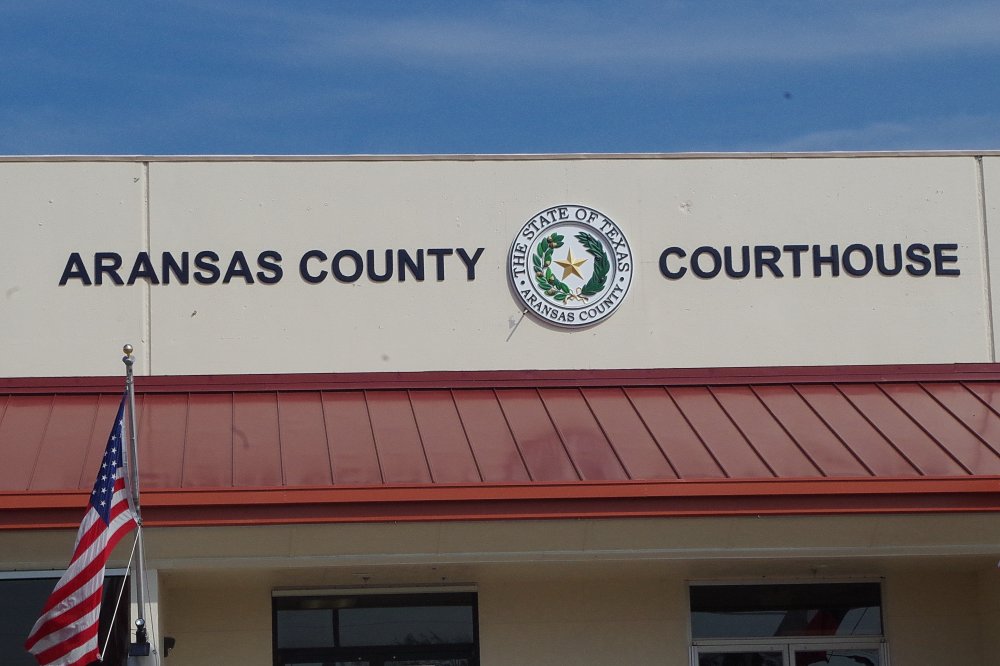 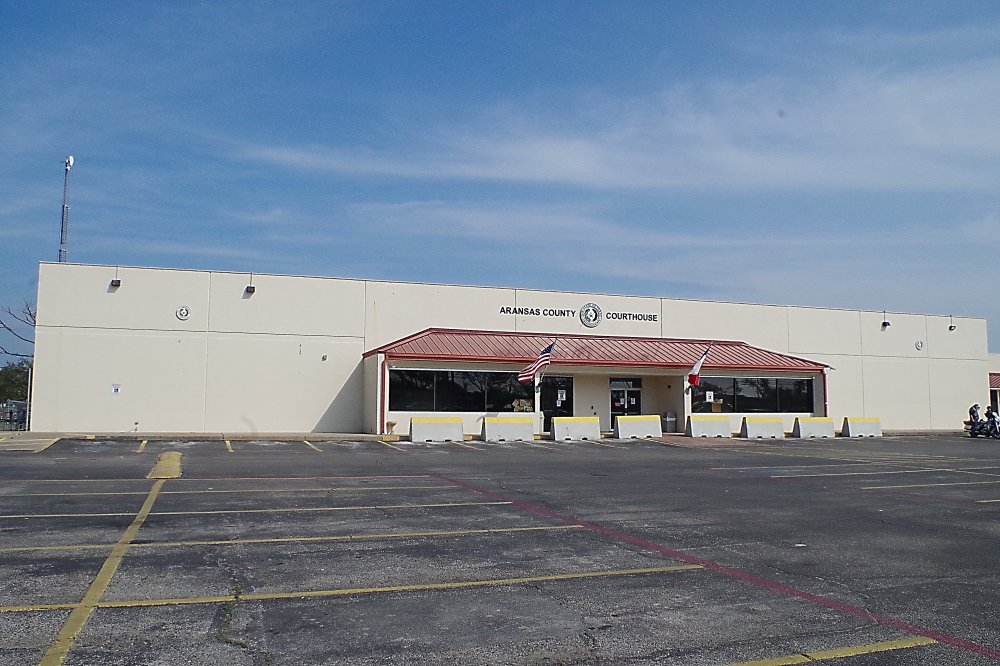 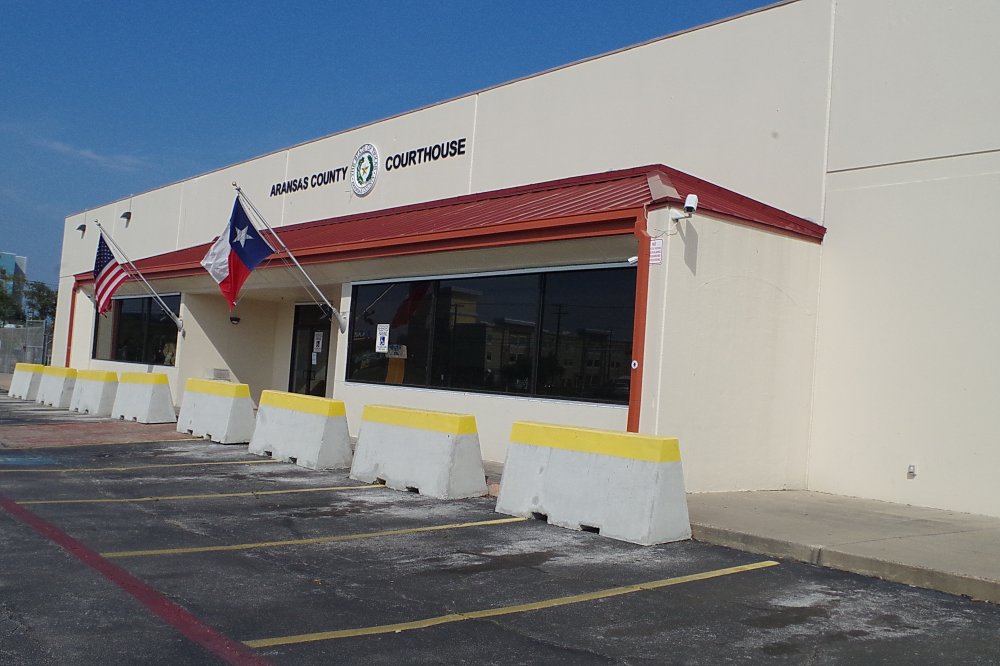 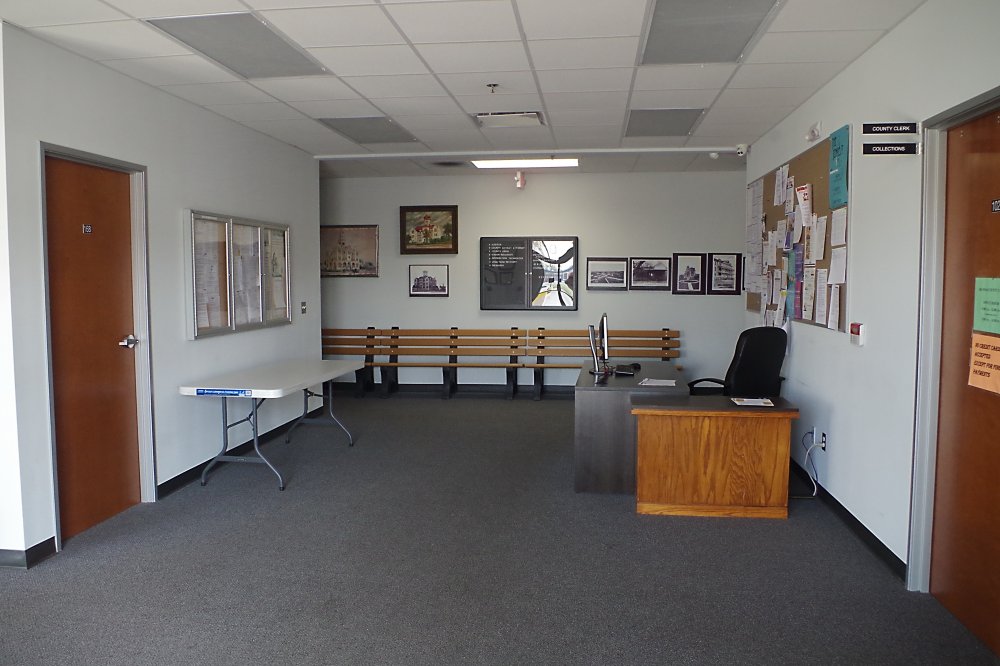 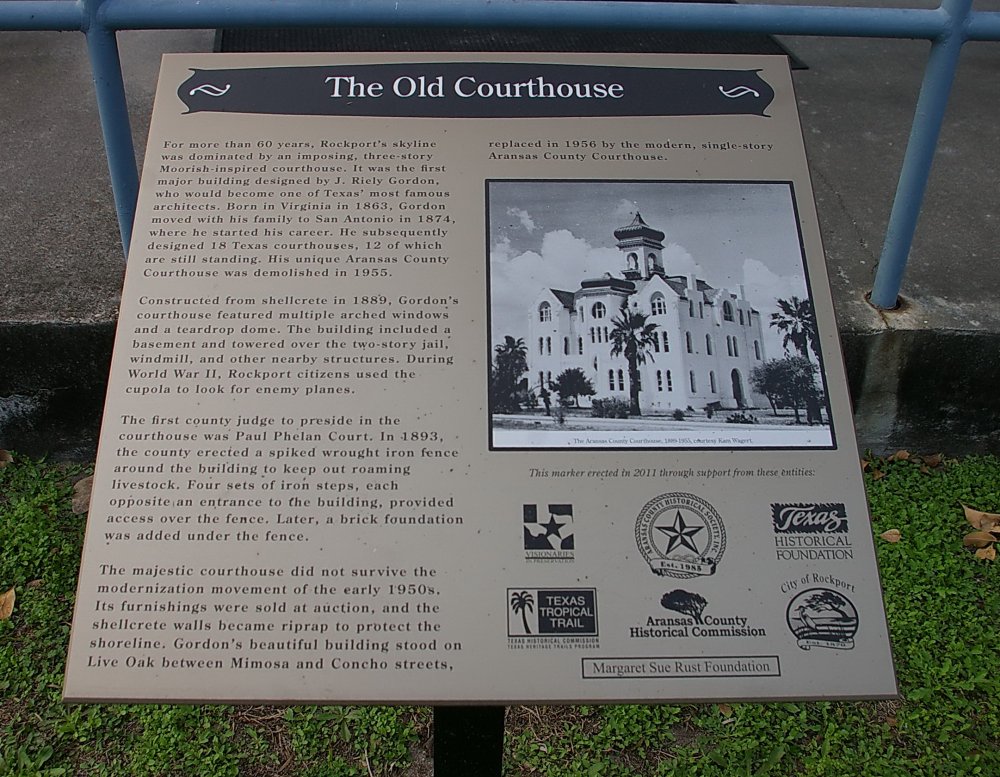