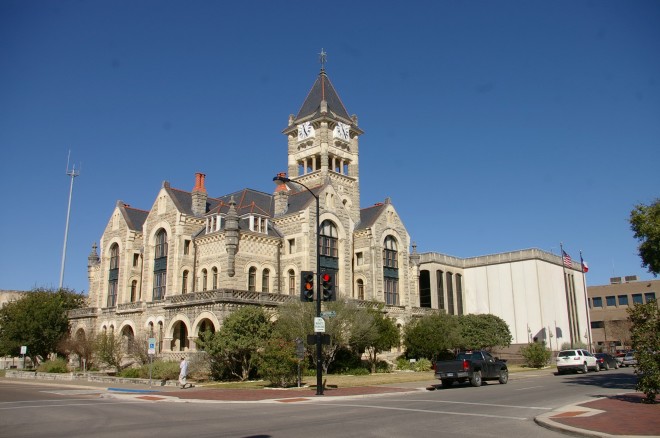 Victoria County is named for Guadalupe Victoria, who was the first president of Mexico.

Description:  The building faces east and is a three story buff colored stone structure. The building is located on landscaped grounds in the center of Victoria. The building has wide arches along the first story. On each side of the building, two protruding sections rise with peaked roofs. In the building center is a high square bell tower with open section and clock above beneath the steep roof. On either side of the tower are protruding sections rise with peaked roofs. The courtroom was renovated in 2001. The architect was David Hoffman. The building is connected by a tunnel to the new courthouse on the north side. On the west side is the County Jail constructed in 1940.

Note:  The first and previous courthouse was built by Richard Owens in 1849. The building was sold by auction when the 1892 courthouse was constructed. 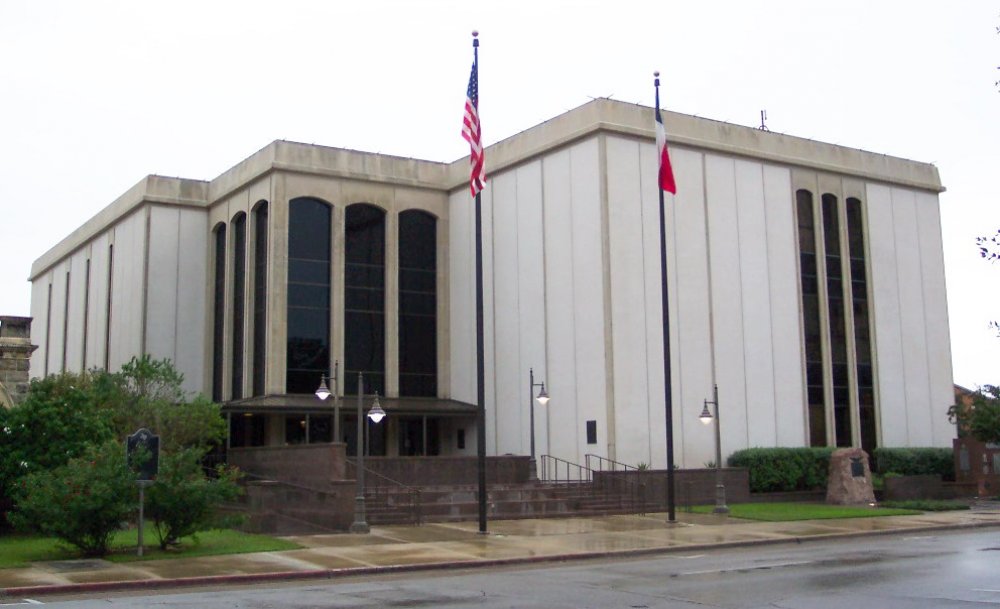 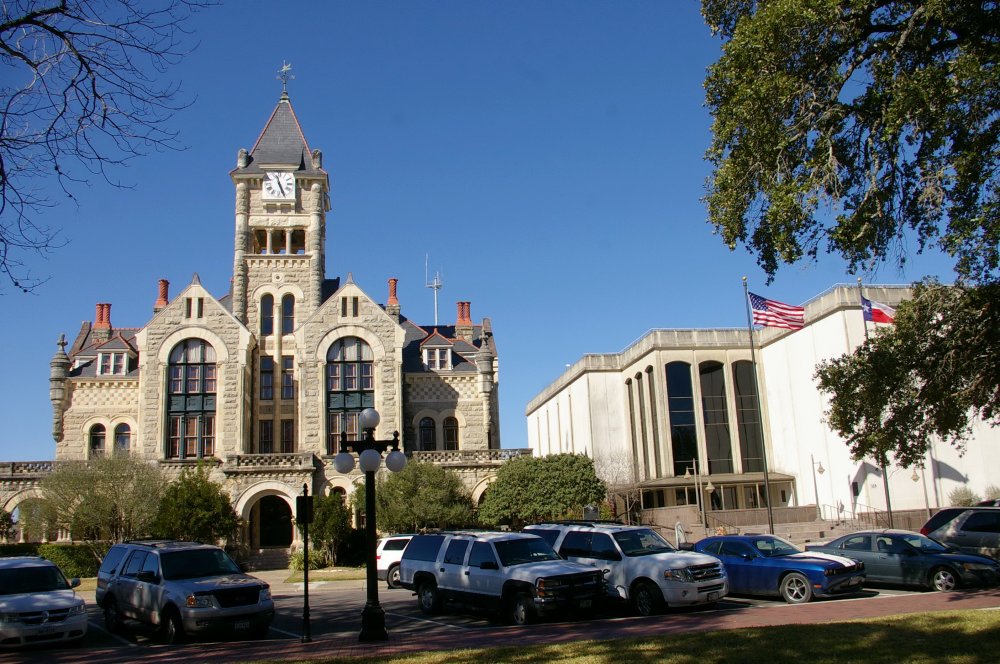 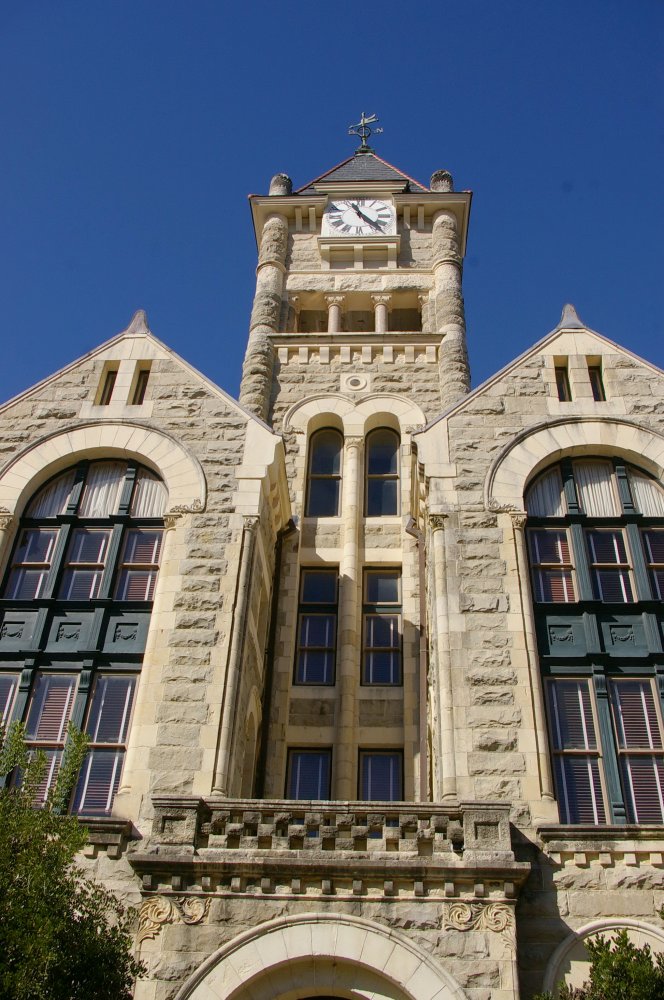 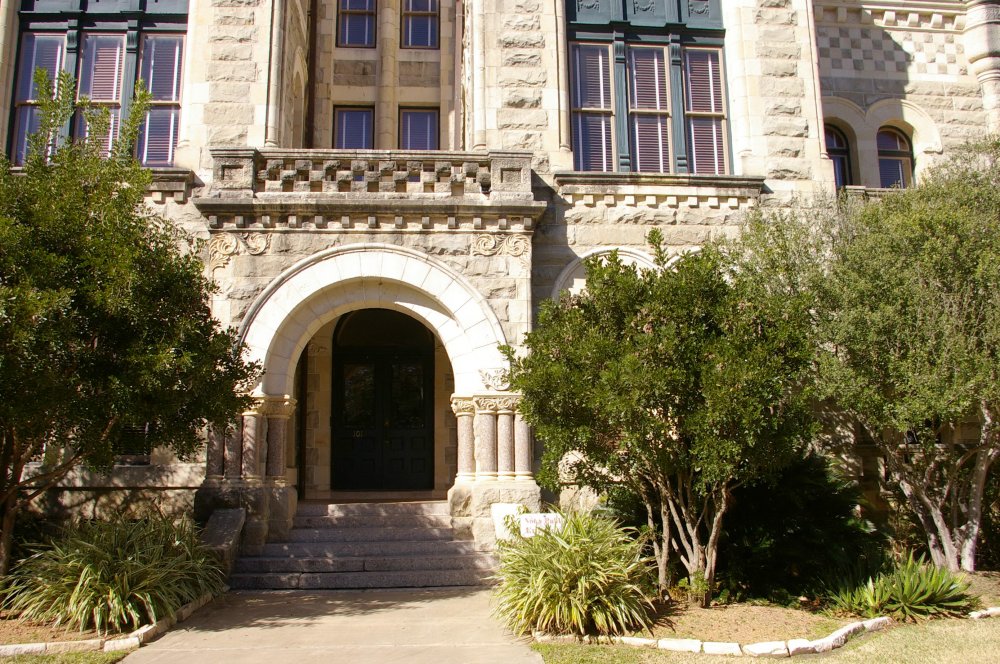 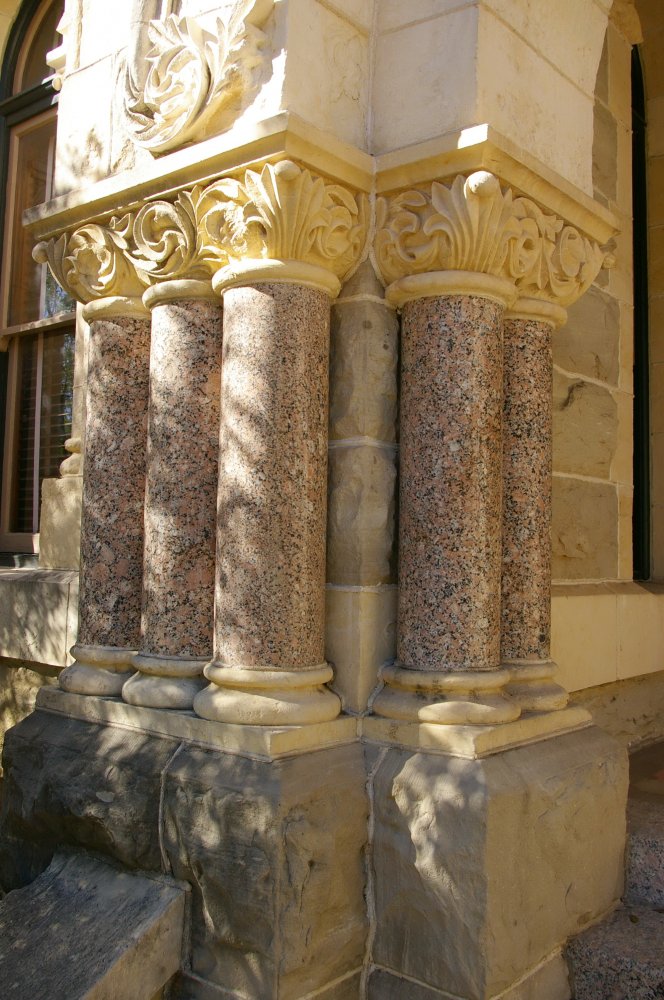 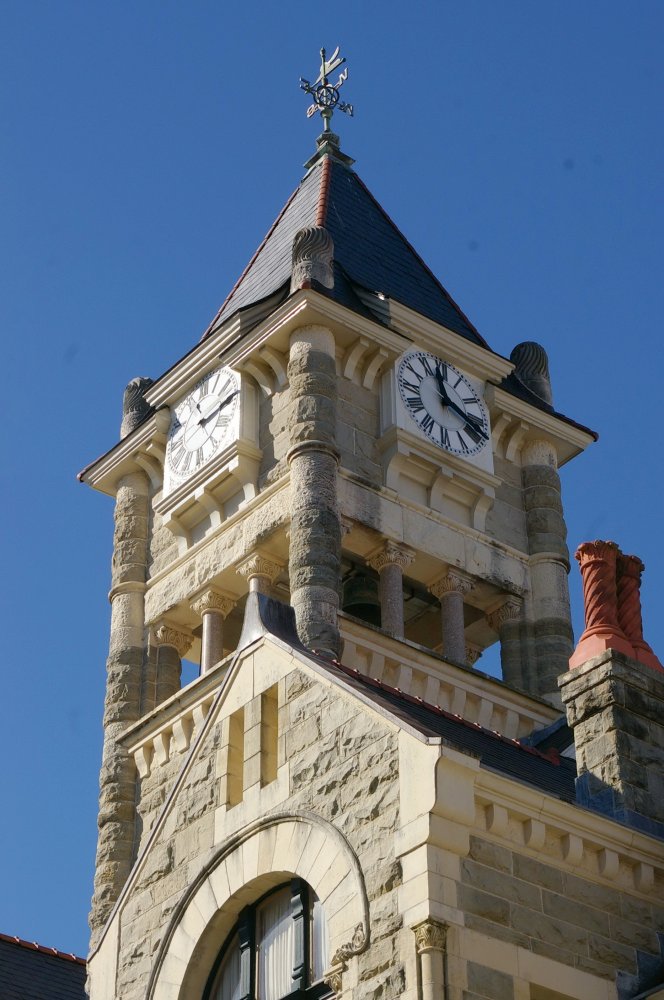 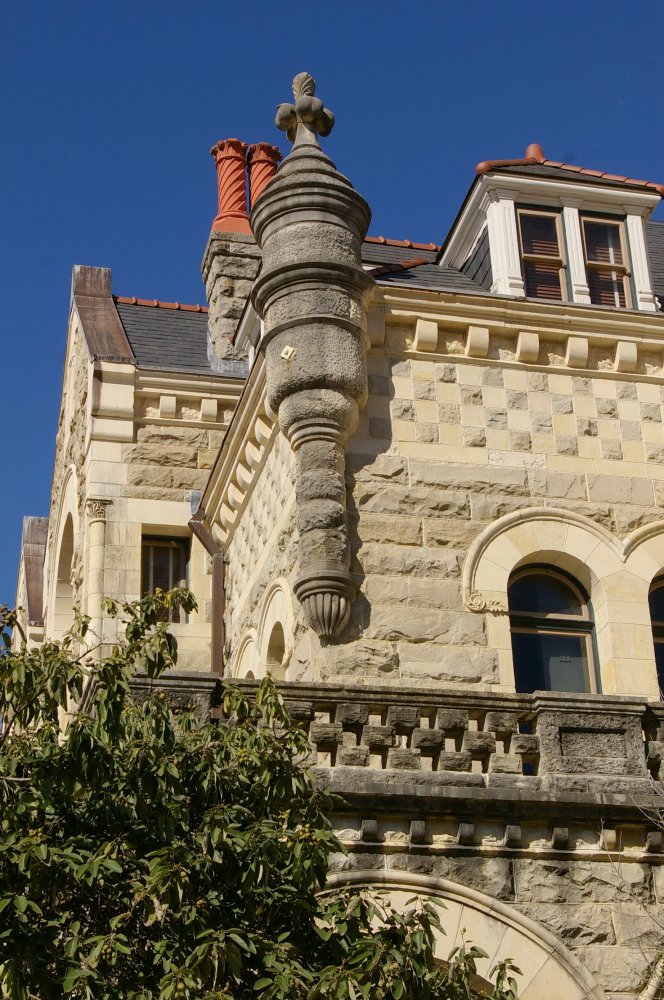 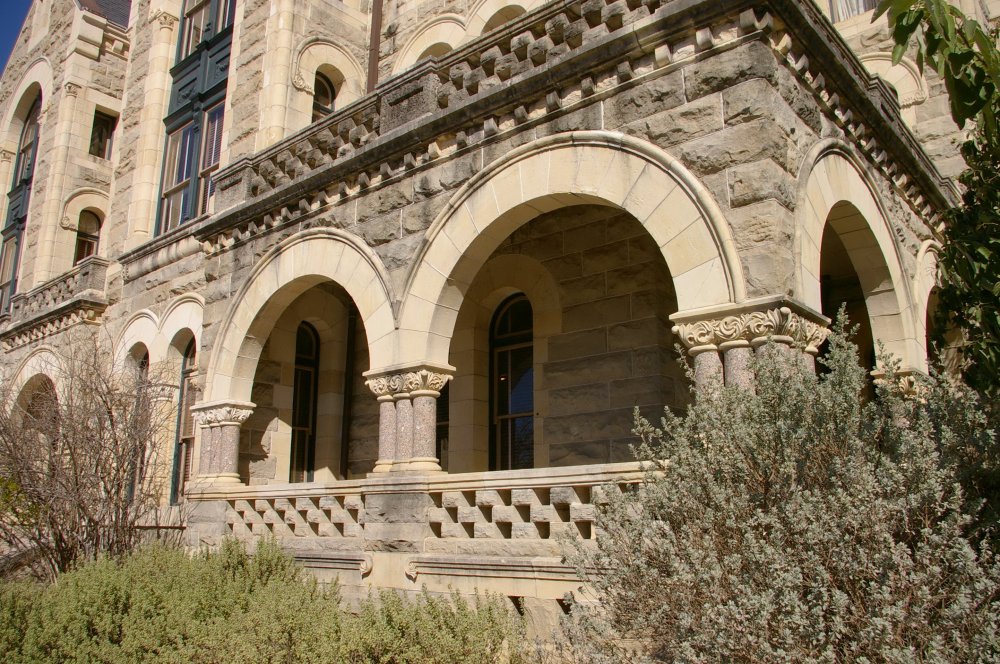 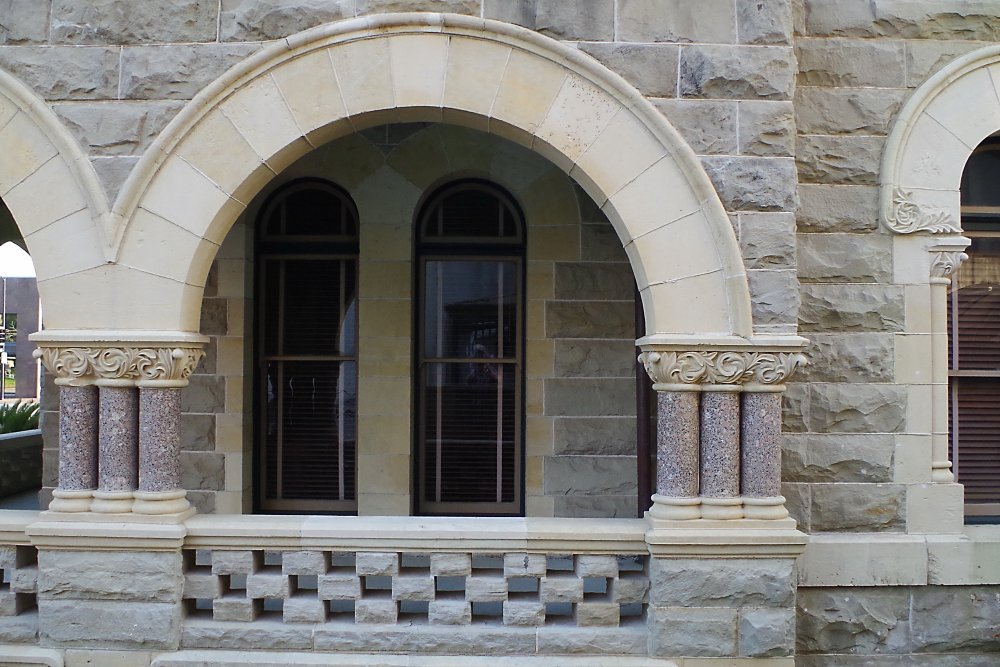 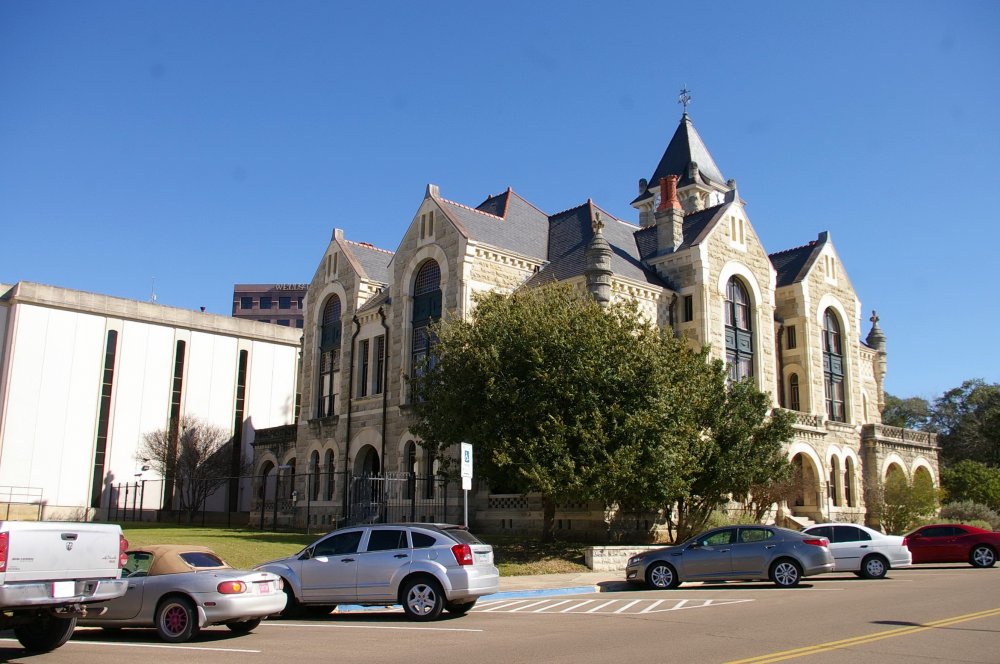 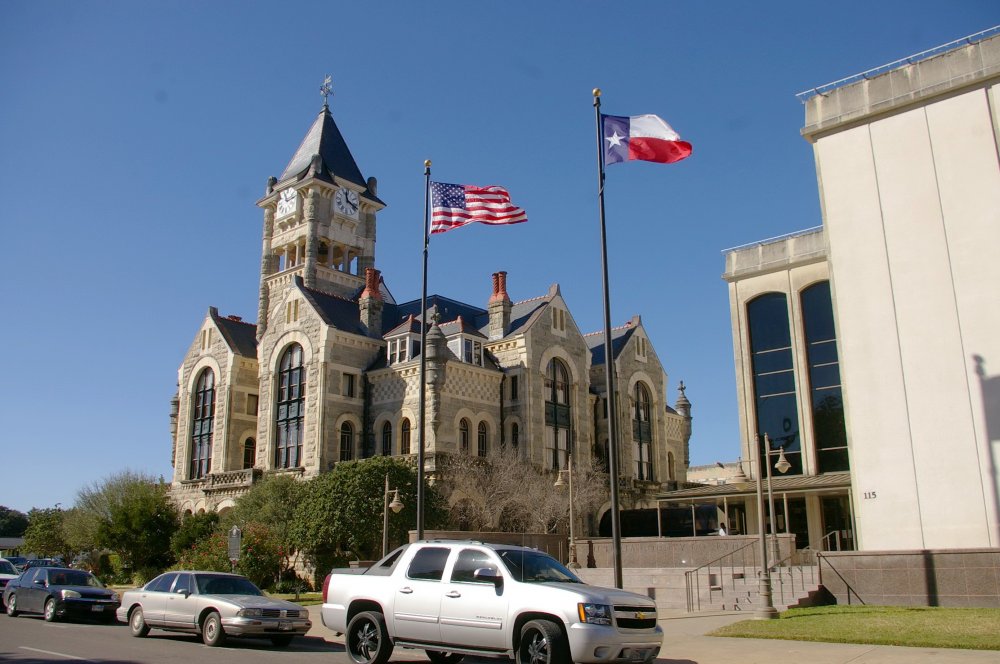 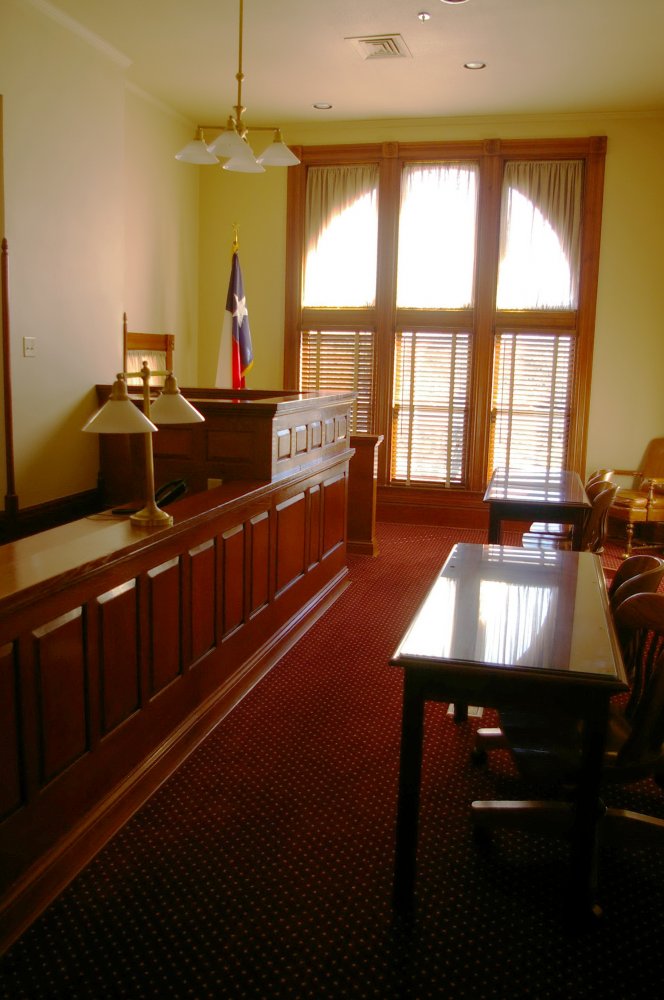 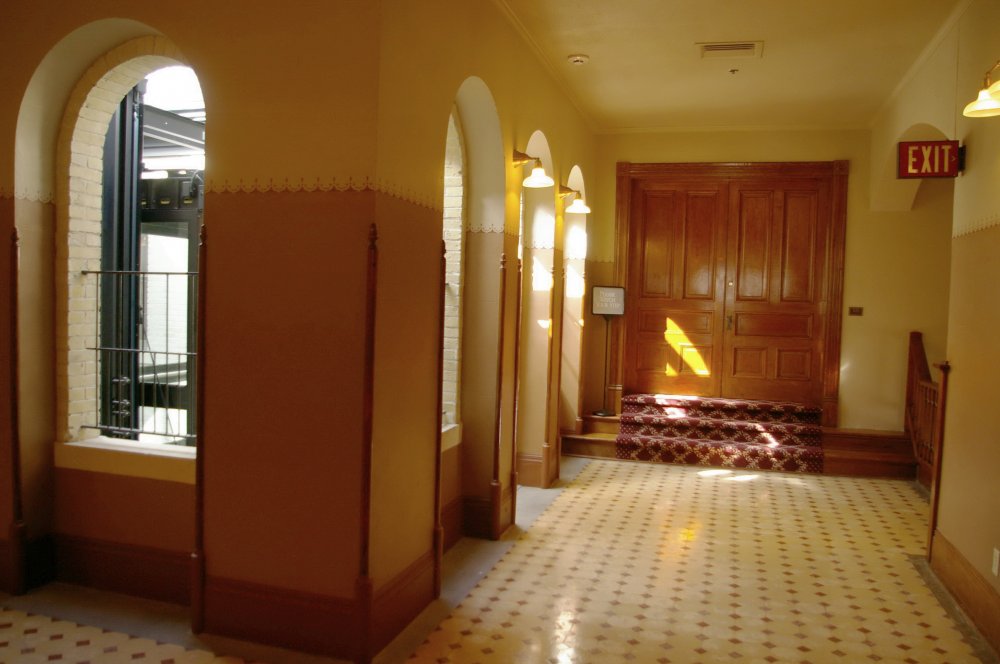