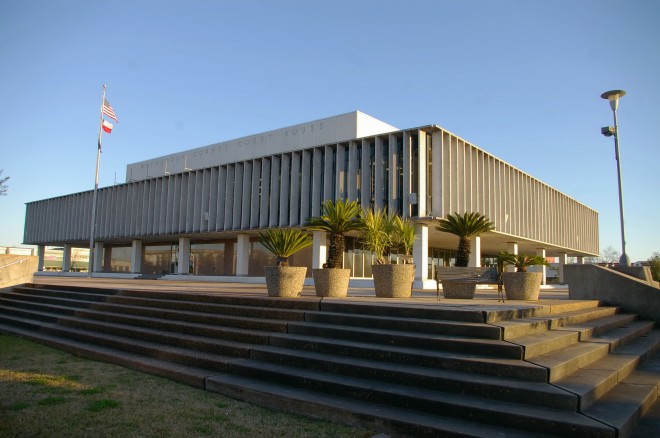 Matagorda County is named for the Spanish word “thick bush” as the canebrakers once lined the Gulf of Mexico coastline.

Description:  The building faces north and is a three story concrete and glass structure. The building is located on the landscaped grounds of Courthouse Square, in the center of the city and sits on a raised platform. The second story extends over the first story and is supported by square concrete pillars. The second story has many vertical concrete dividers with recessed windows. The center of the building is raised at the third story, and is faced with white colored stone. The roof line is flat.

Note:  The first courthouse was built in 1849. The previous courthouse was designed by Eugene Heiner and constructed by Martin, Byrne, Johnston and Applegate in 1895. The building was enlarged in 1928. The architect was Addis Noonan of Norris and Noonan. 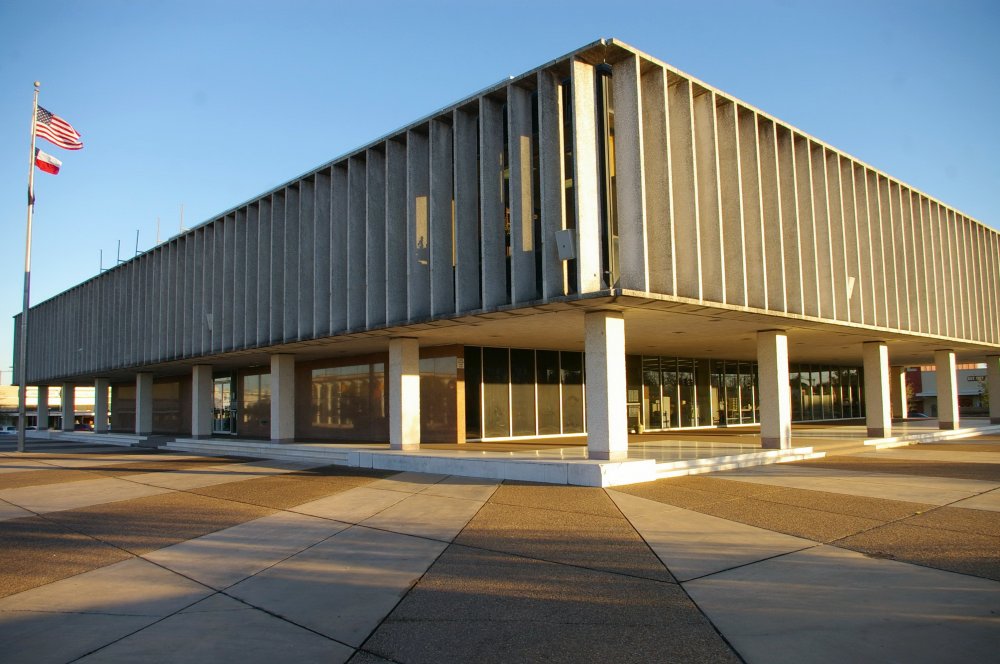 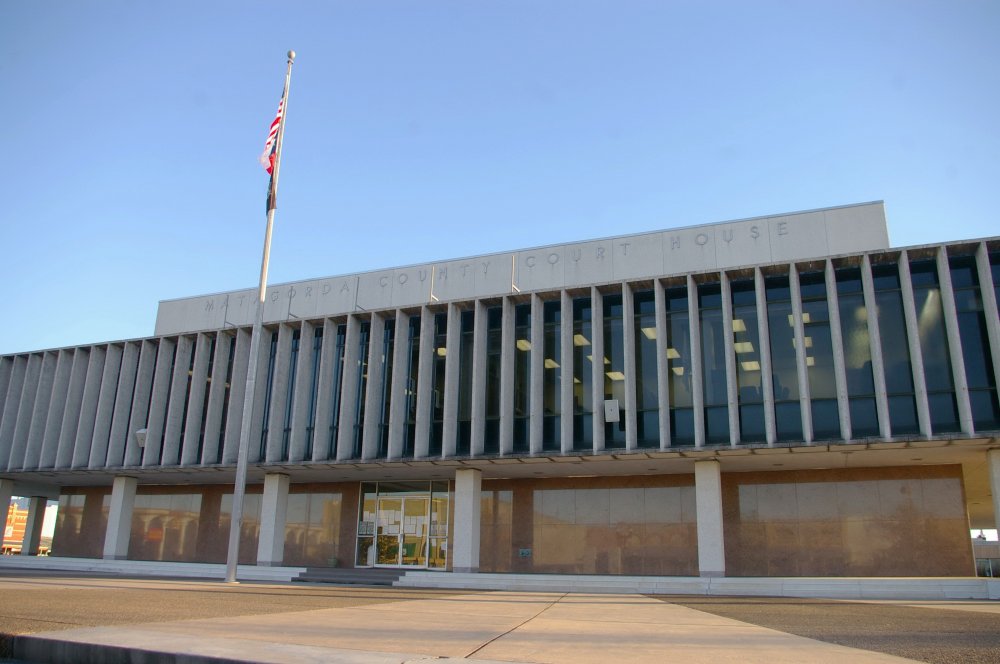 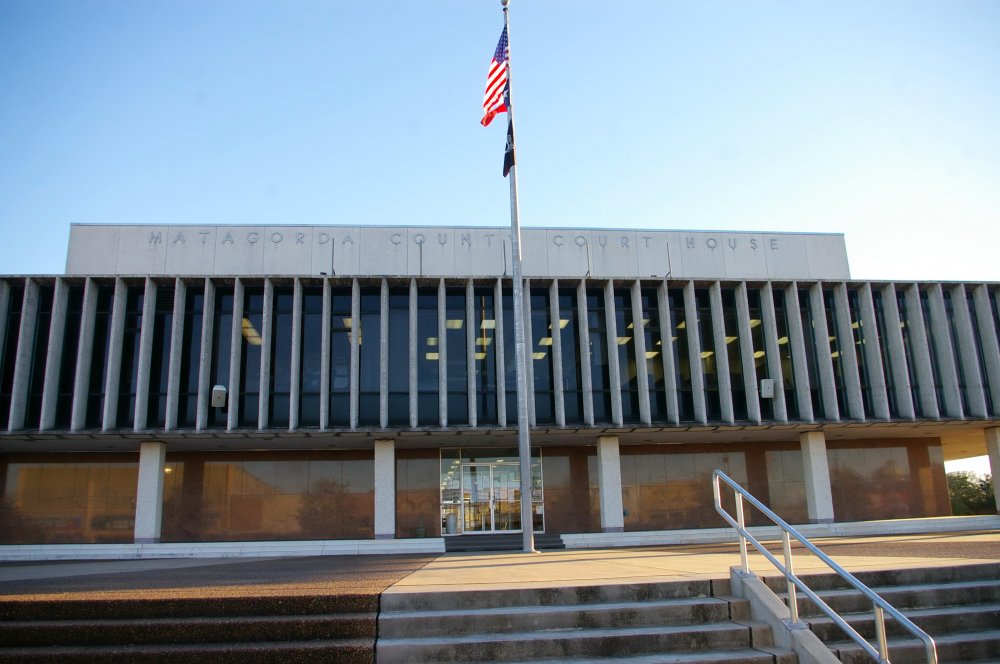 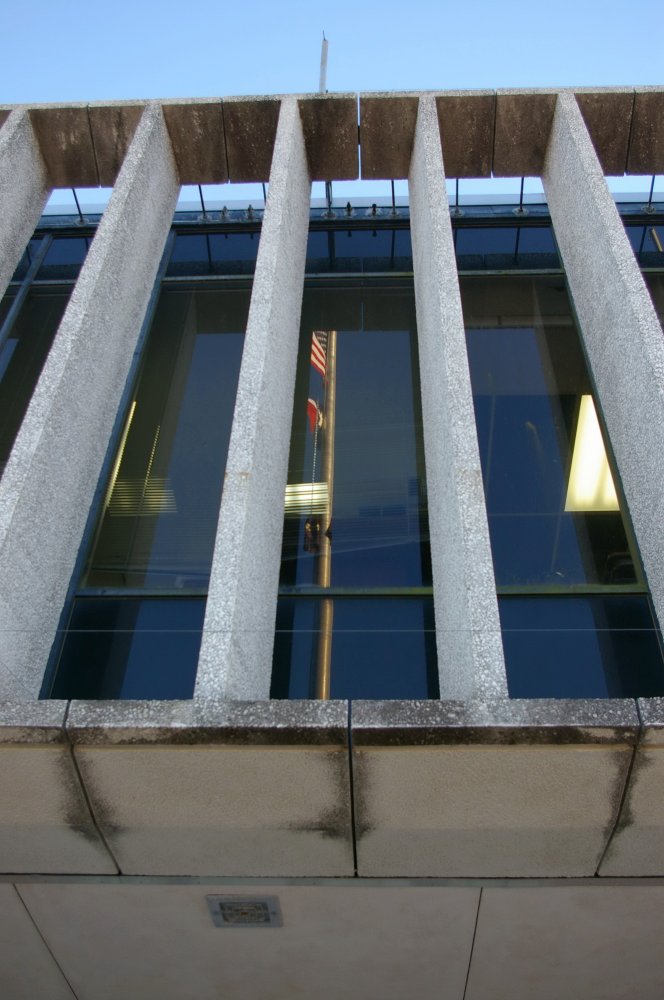 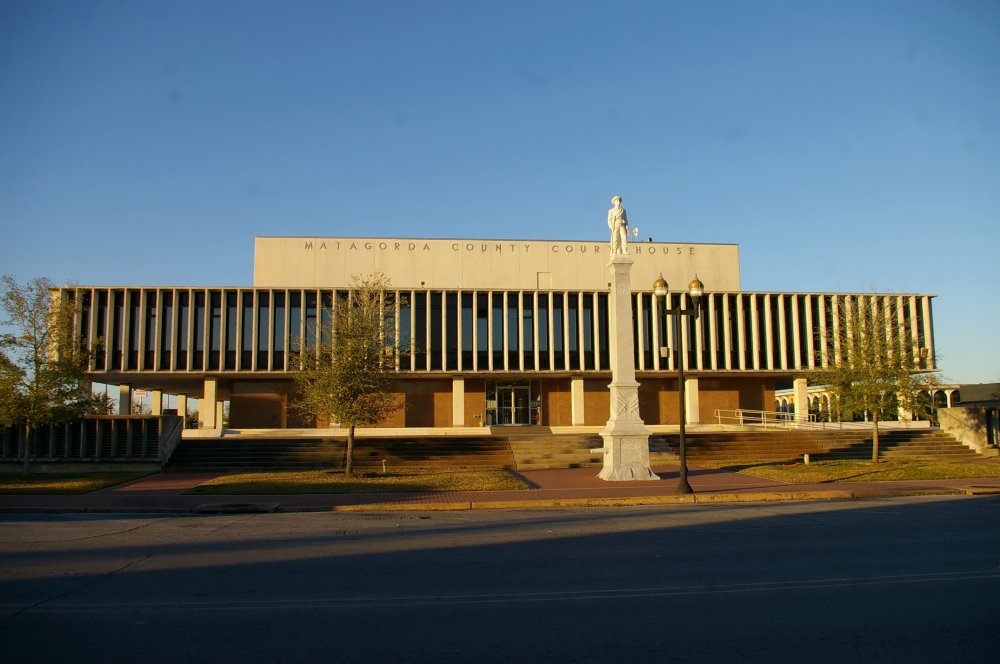 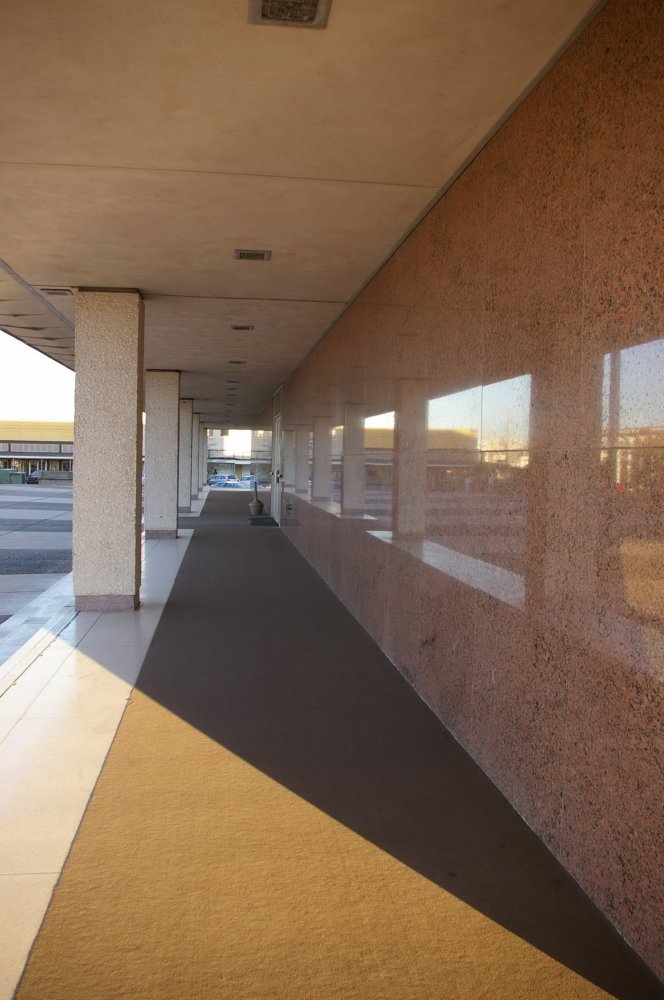 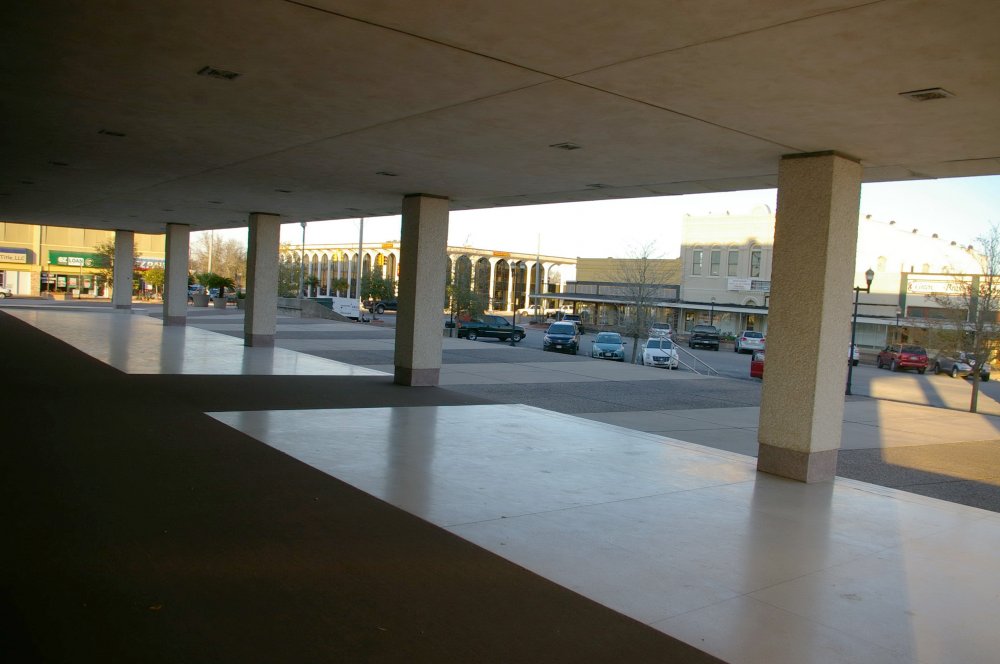 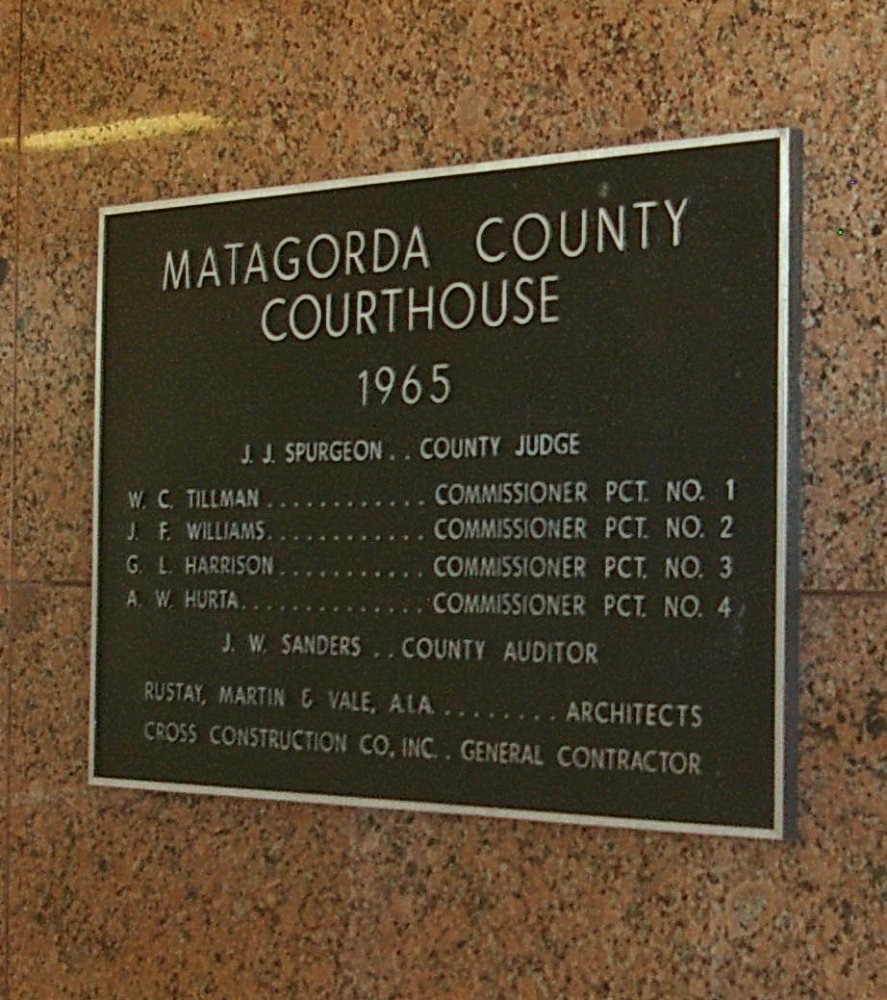