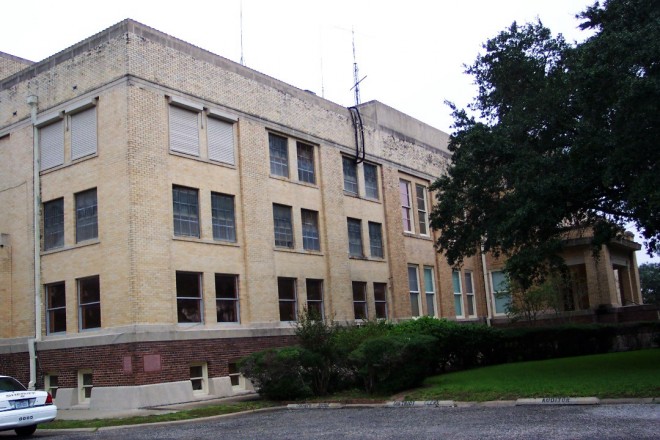 Refugio County is named for Nuestra Senora del Refugio Mission which was located near the county.

Description:  The building faces east and is a three story yellow colored brick structure. The east front has a square brick portico in the center. The building is located on landscaped grounds in the center of Refugio. The base of the building is dark red colored brick. A wide white colored concrete band is along the roof line. An addition was added on the north and south in 1950 which addition is a light yellow colored brick. The architect was Irving  H Dunbar and the contractor was Howard Bumbaugh & Company of San Antonio. On the west side of the building is the one story buff colored brick Juvenile Justice Center constructed in 2003. The architect was Dwayne Corbin and the contractor was Kenneth Gillespie. 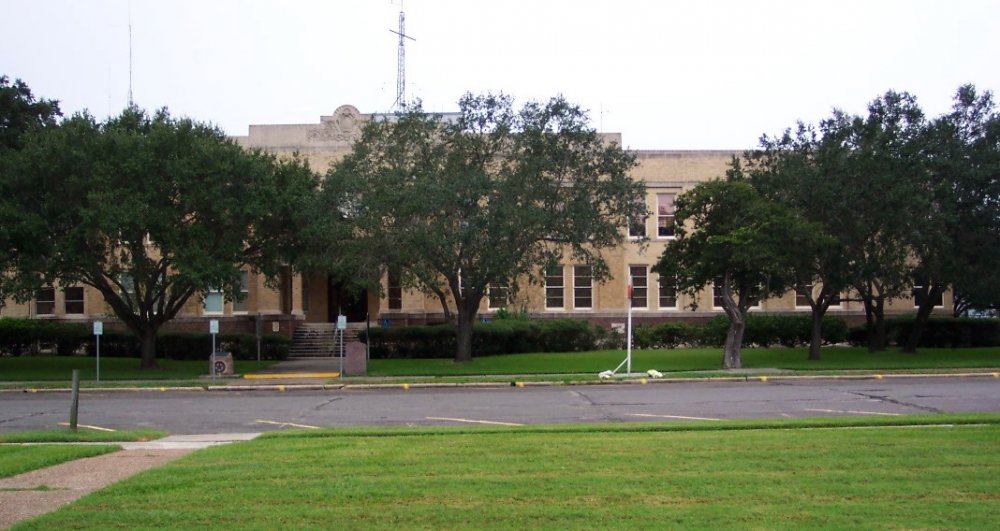 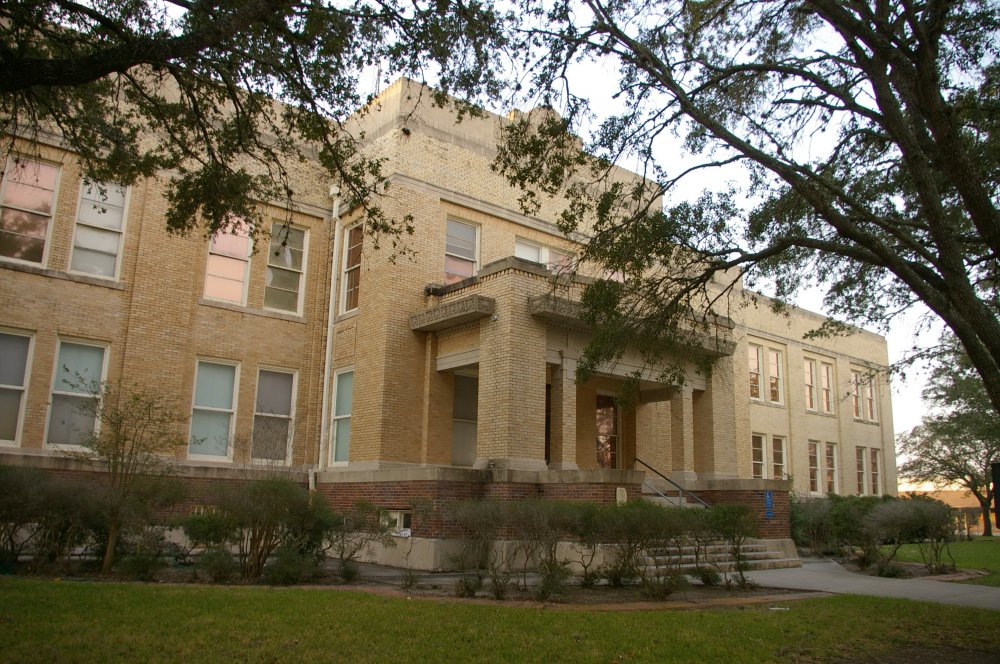 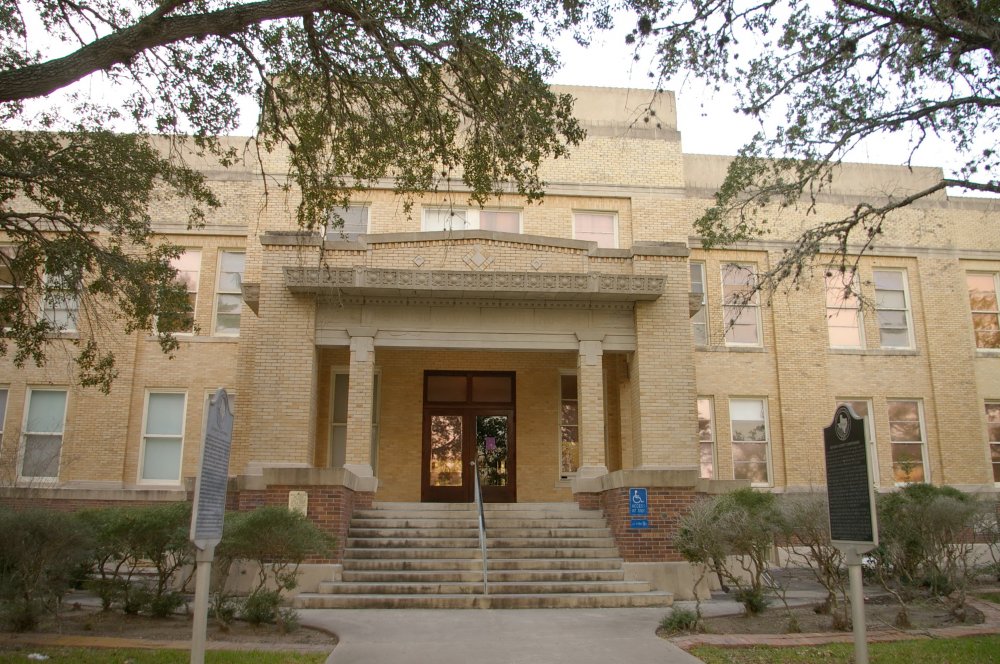 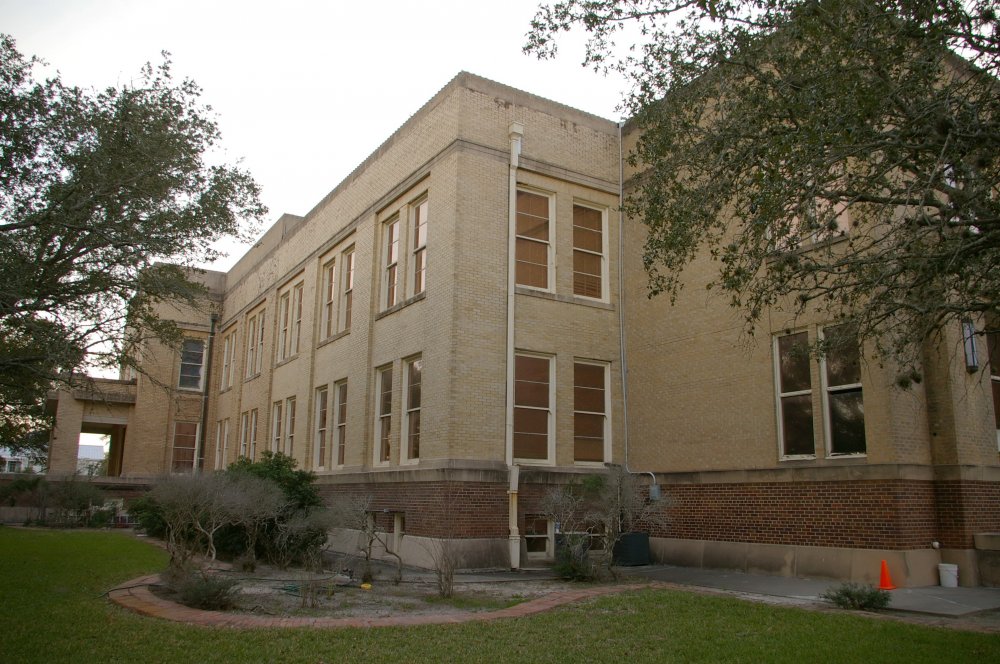 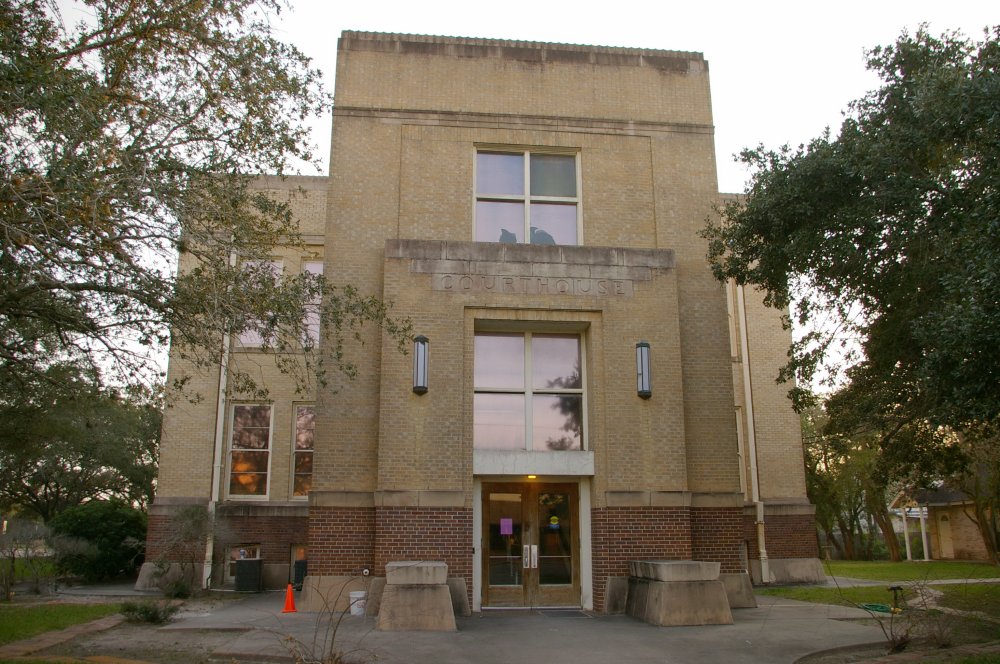 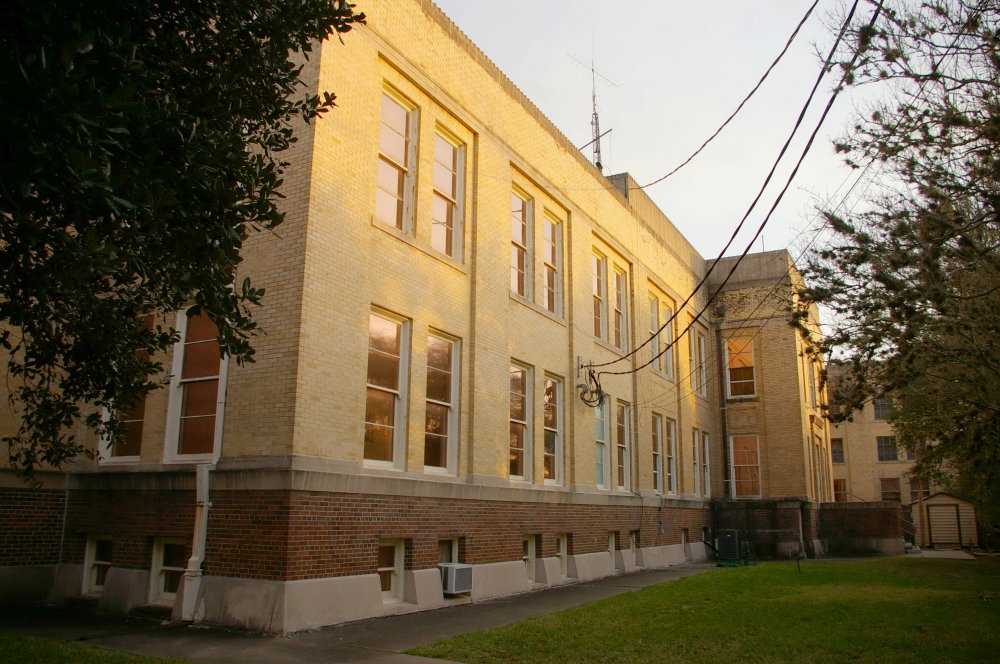 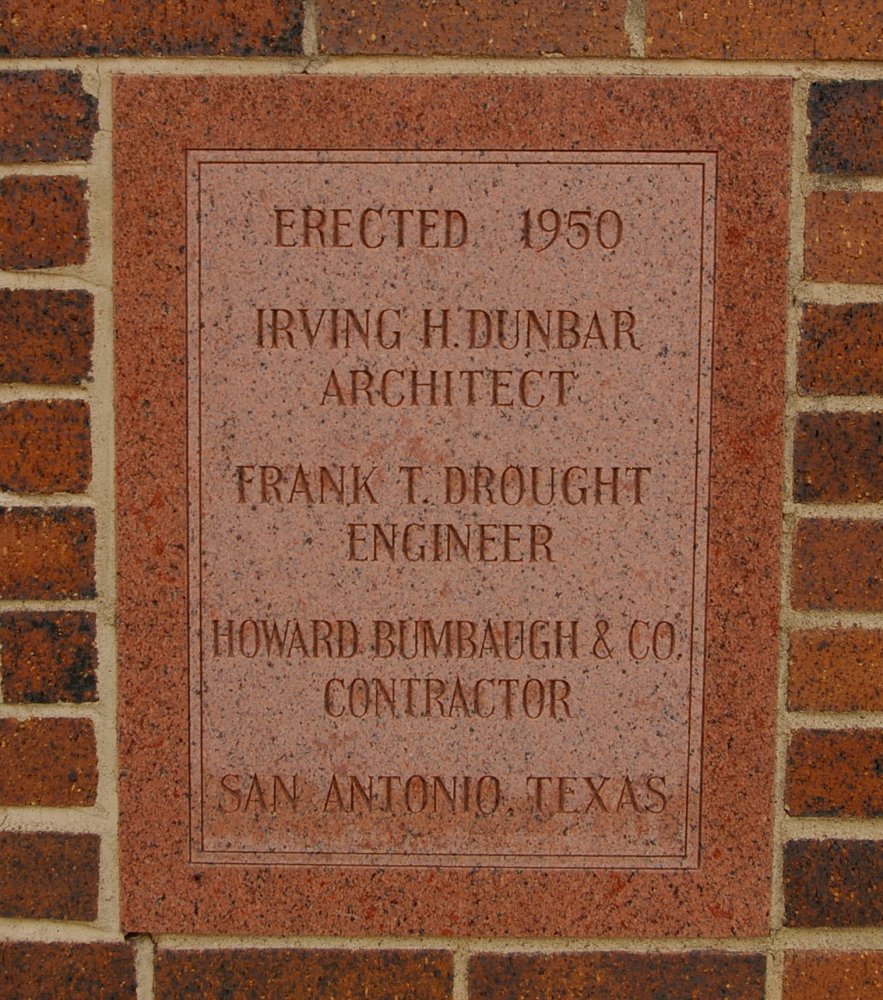 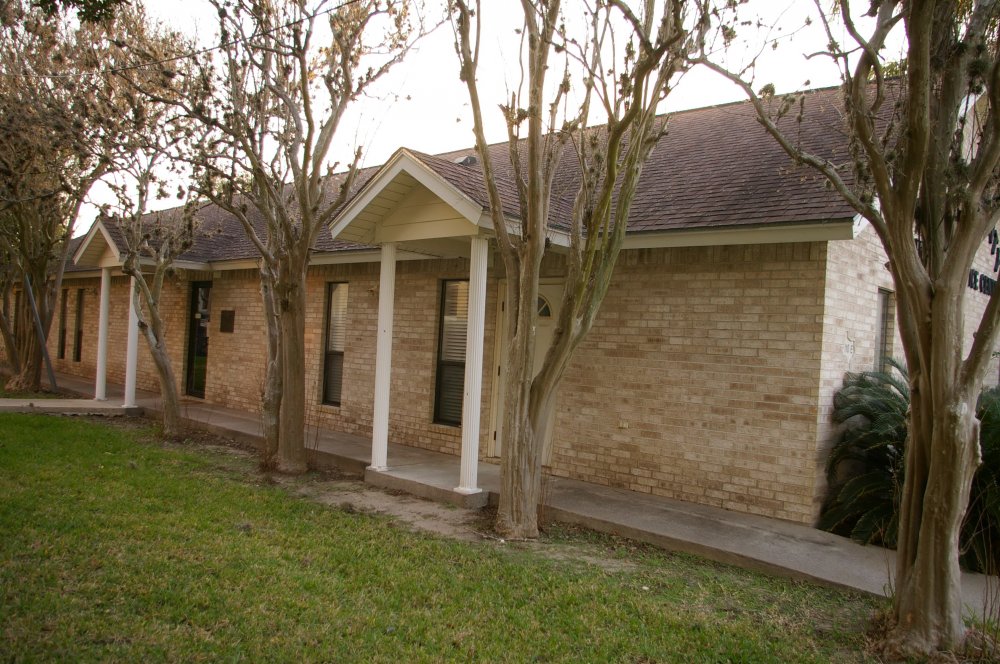