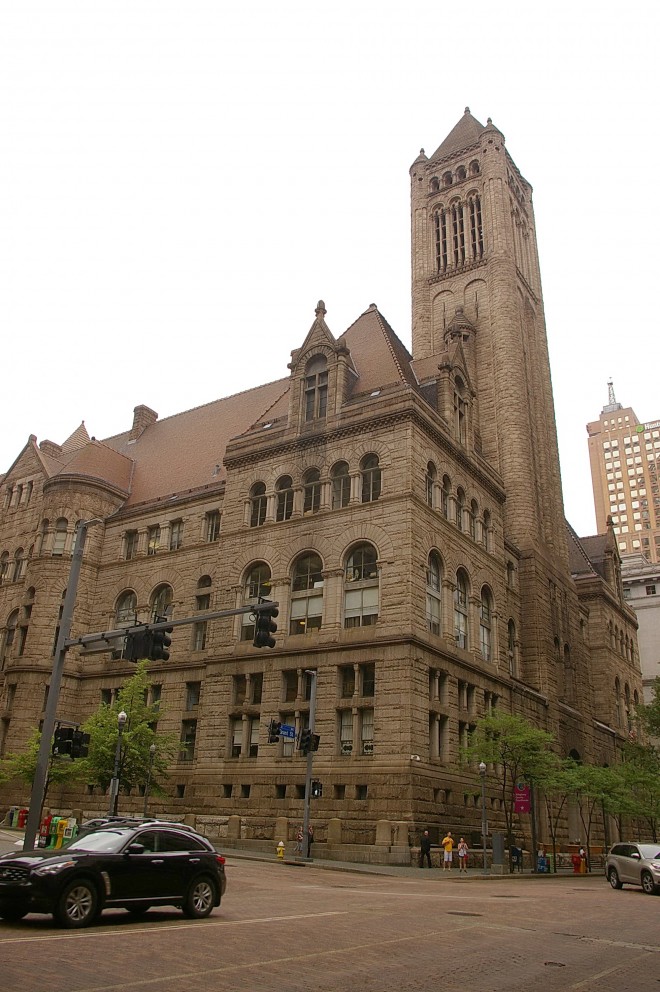 Allegheny County is named for the Allegheny River.

Description:  The building faces west and is a four story brown colored stone structure. The building is built around an interior courtyard. A tower rises five stories from the courtyard’s open side. The entire complex was built of large rusticated blocks of granite, with the entrance ways and windows topped with wide arches. The northwest and southwest corners have large square towers with steep roofs. The roof is steep with dormers placed at all the corners. 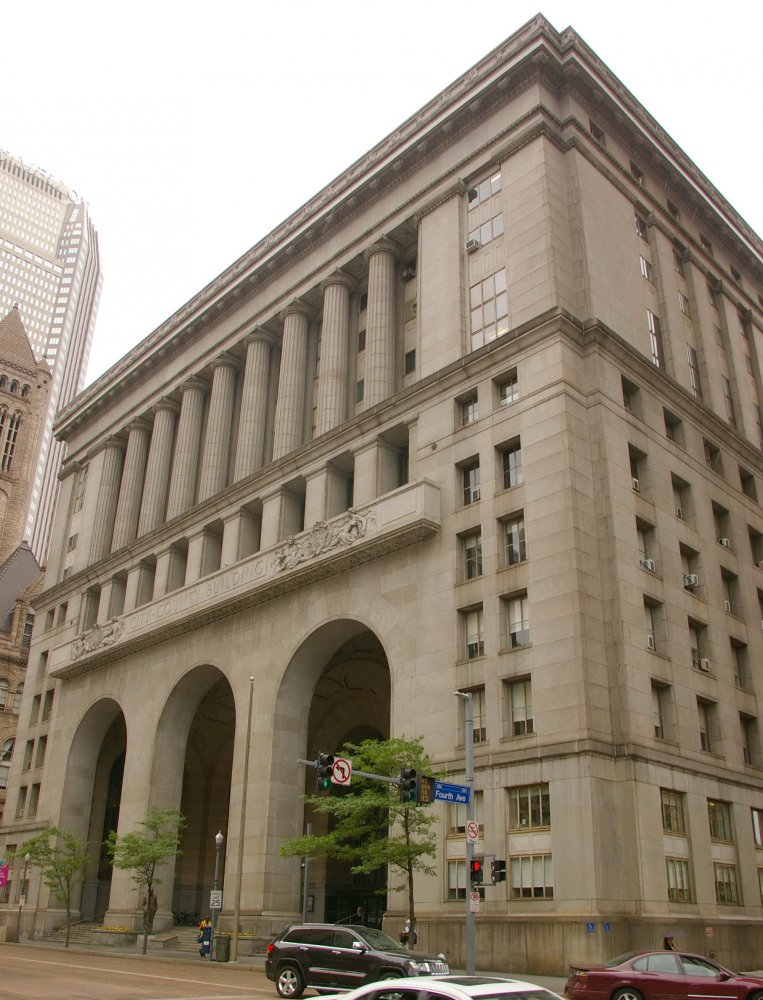 Description:  The building faces west and is a seven story gray colored stone and concrete structure. The building is built around an interior courtyard. The west front has three large arches rising to the third story. The main hall is surrounded by gilded classical columns 47 feet high, supporting a vaulted ceiling of Gustavino terra cotta tile. Architectural sculpture on the building was created by Charles Keck..On the seventh floor of the building is a massive mural completed in 1940 entitled “Justice” by award winning artist Harry Scheuch. The building is named as the City-County Building. 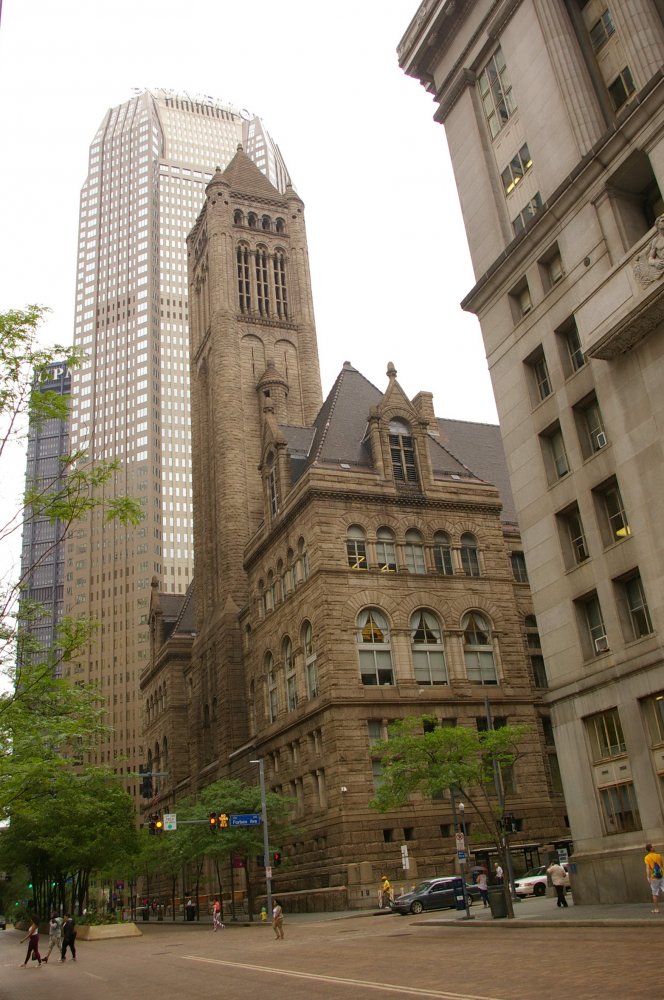 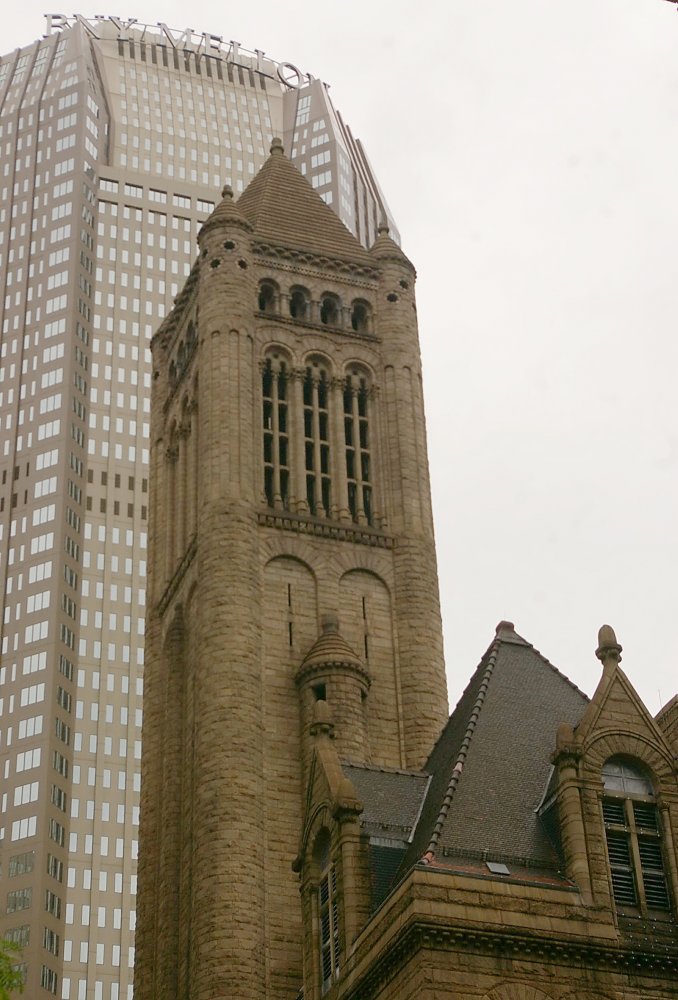 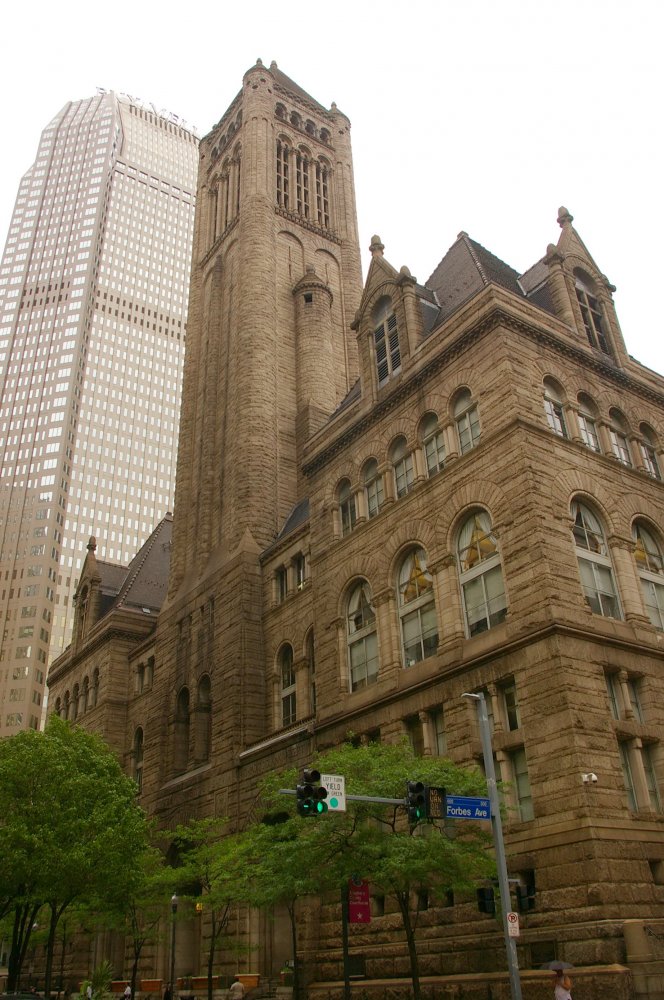 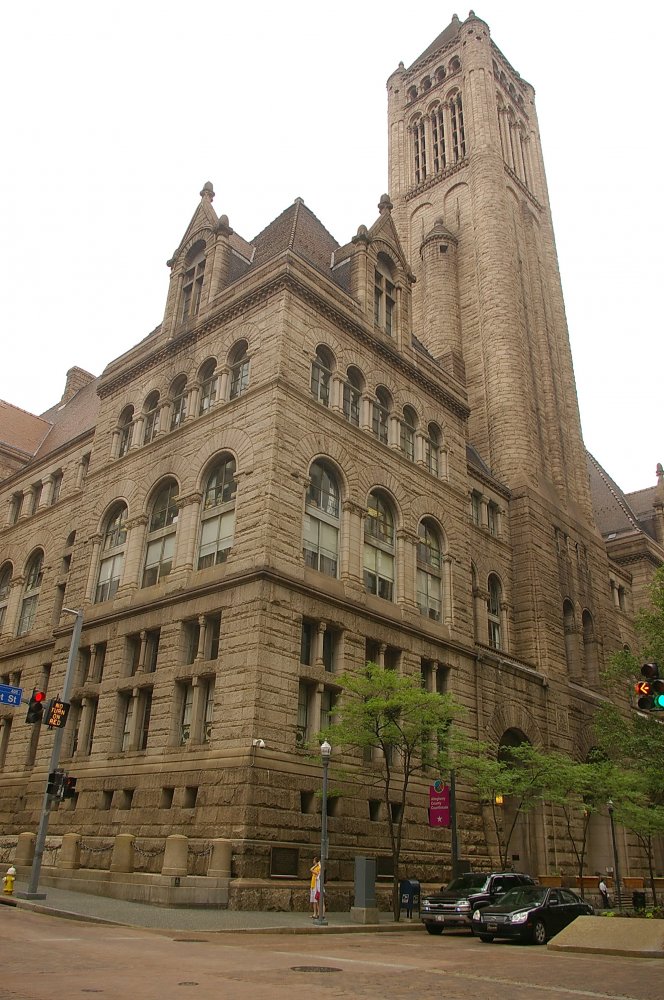 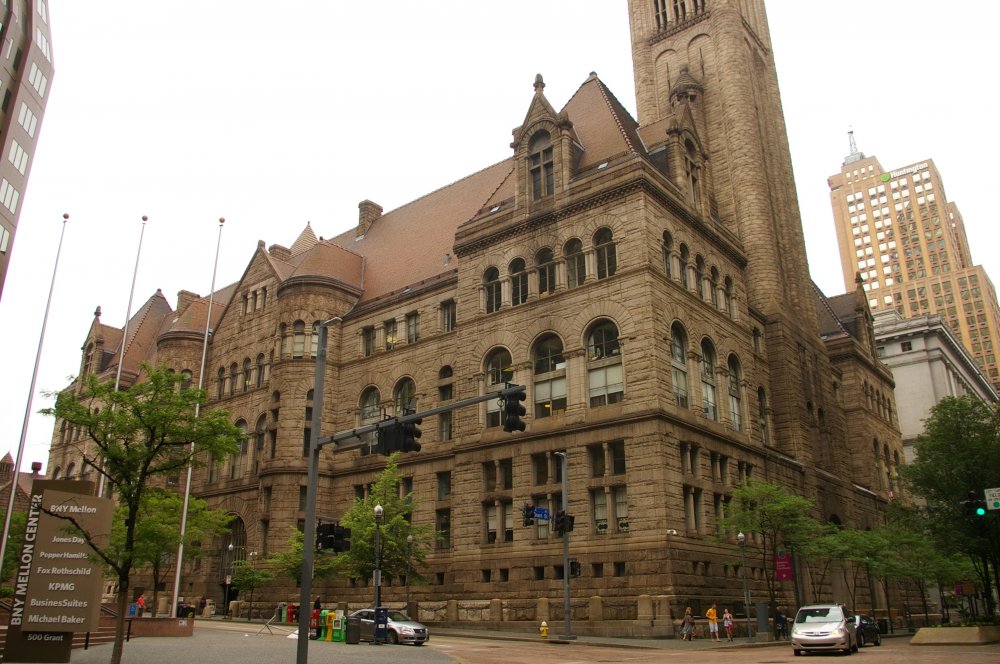 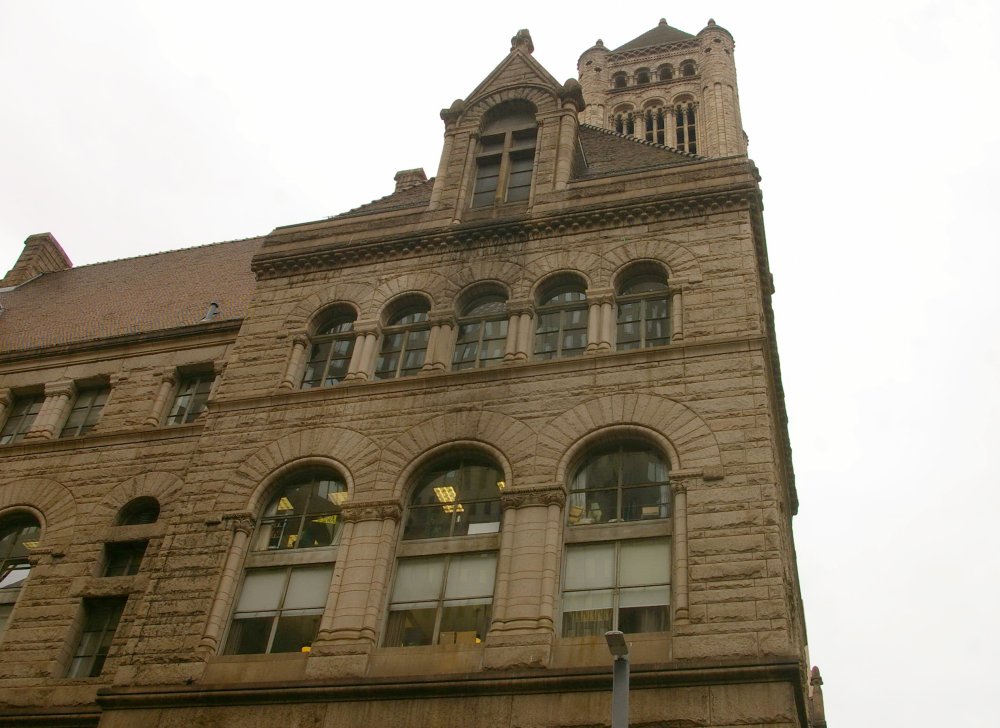