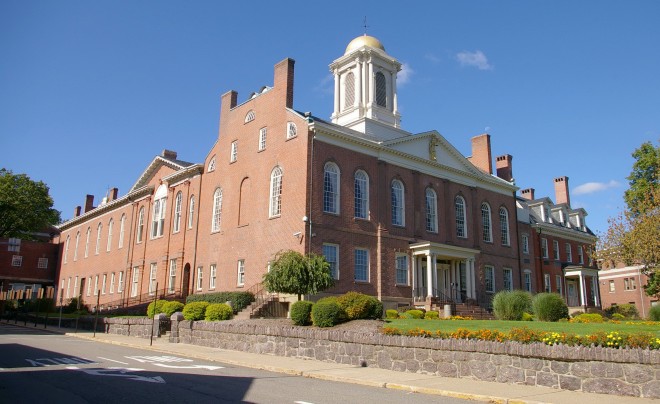 Morris County is named for Lewis Morris, who was the colonial governor of New Jersey in 1739.

Description:  The building faces north and  is a two story red colored brick structure. The north front has a one story porch supported by four columns rising to a flat roof. The windows on the second story are arched. There is a wide gable at the center of the roof line. On the center of the roof is a high square white colored cupola with dome. On the south side is a large addition and on the west side is the old Sheriff’s Residence.

Note:  The first courthouse was built in 1755 and the second courthouse was built in 1770. The present courthouse, measuring 74.6 feet long by 44.6 feet wide, originally contained on the first floor, the Clerk’s, Surrogate’s and Sheriff’s offices, a fire-proof room for records, a parlor, and five rooms for debtors and criminals. In one end of the second story was located the courtroom, 42 feet square and 17 feet high. The cost of construction was $20,000. 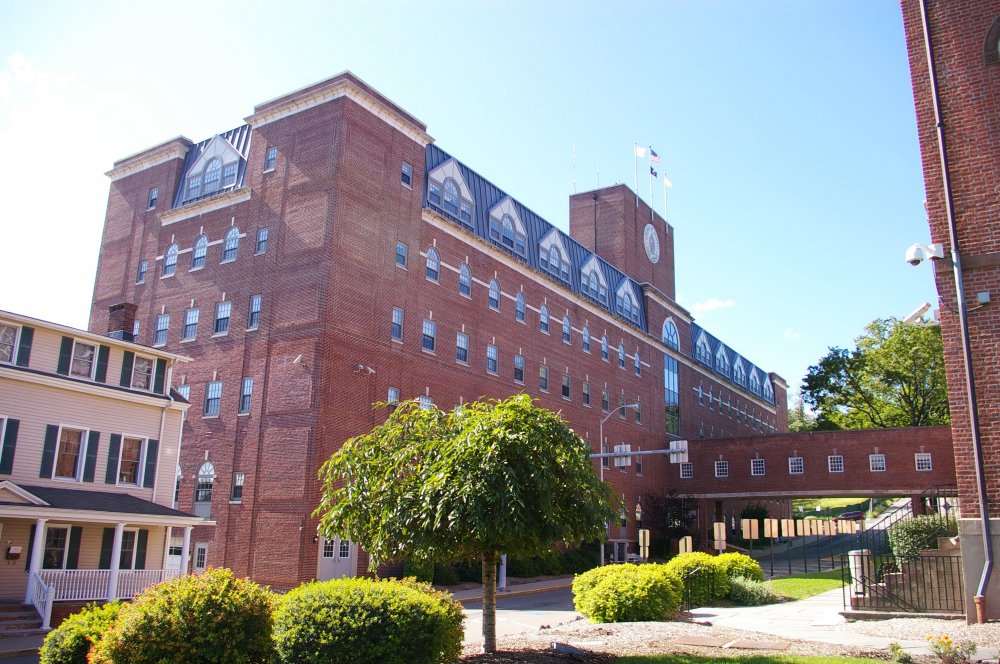 Description:  The building faces west and is a six story red colored brick and concrete structure. The mansard roof has dormers. A central rectangular tower rises above the roof line. The building is connected to the courthouse by a second story walkway. The building encompassed the former Hall of Records built in 1969, the Ann Street annex, built in 1971, and purchase of the Washington Building in Schuyler Place in 1958. 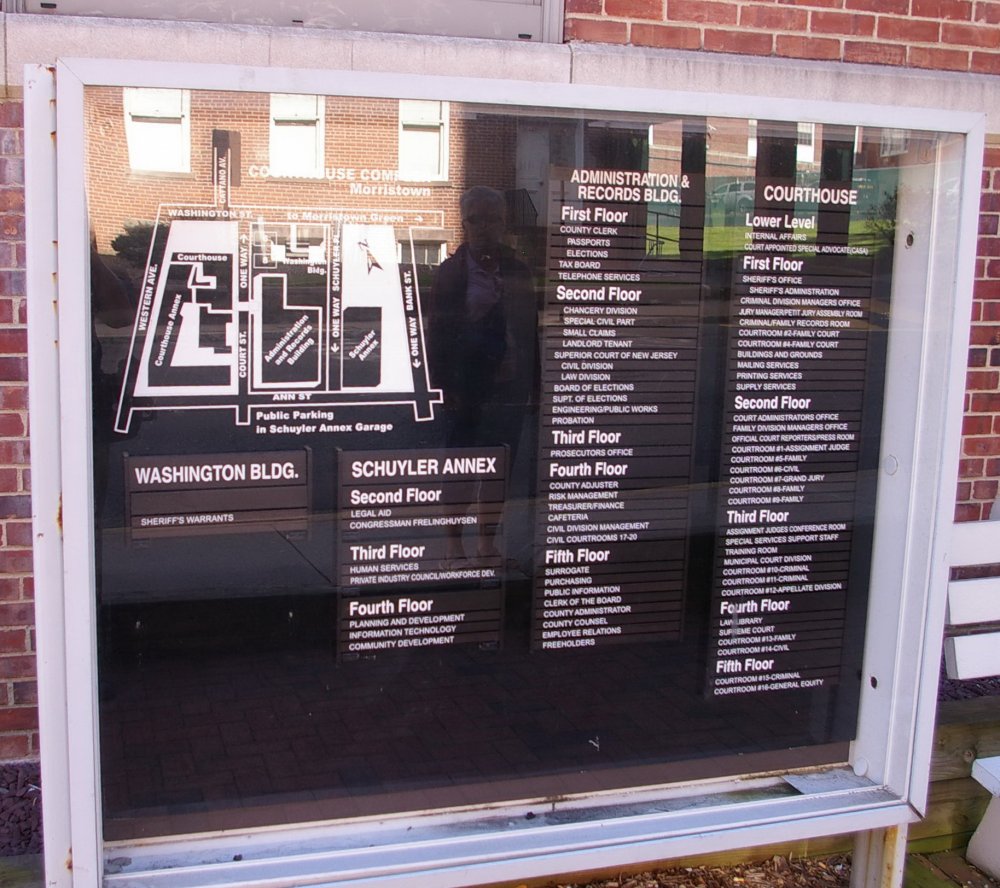 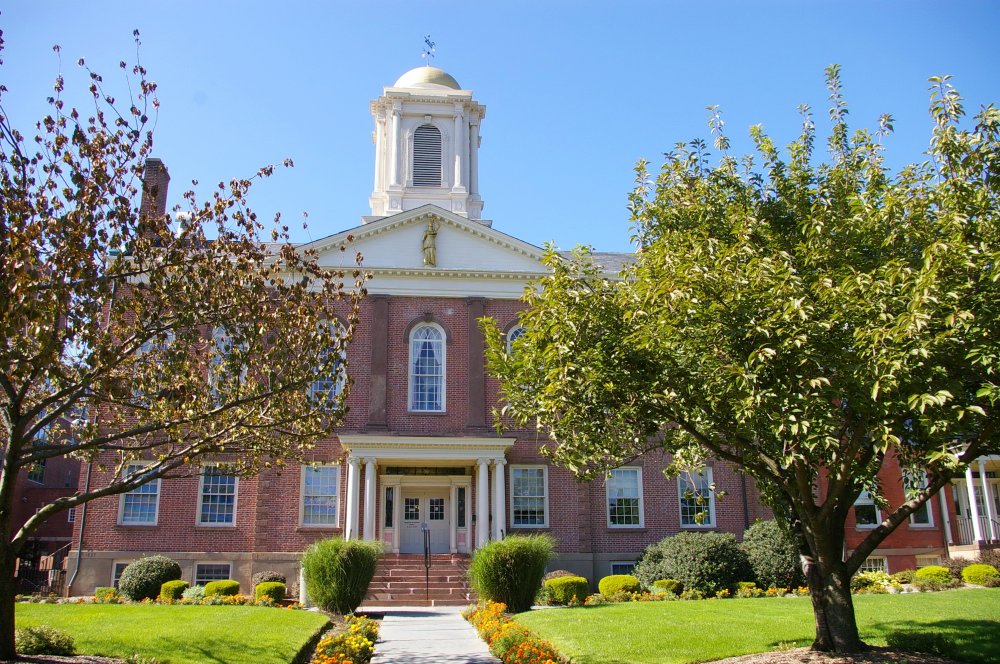 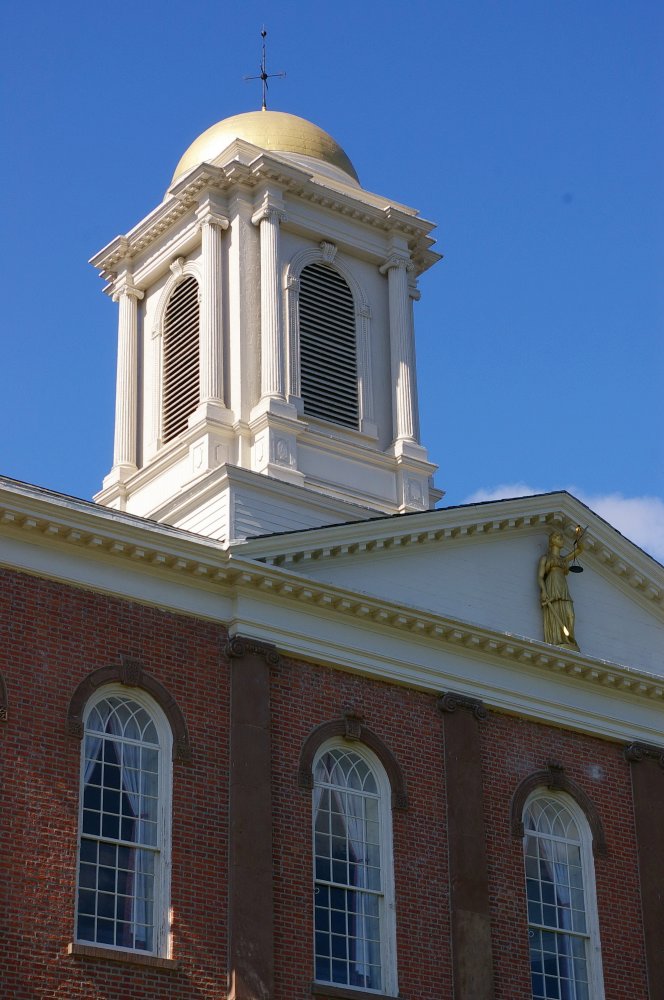 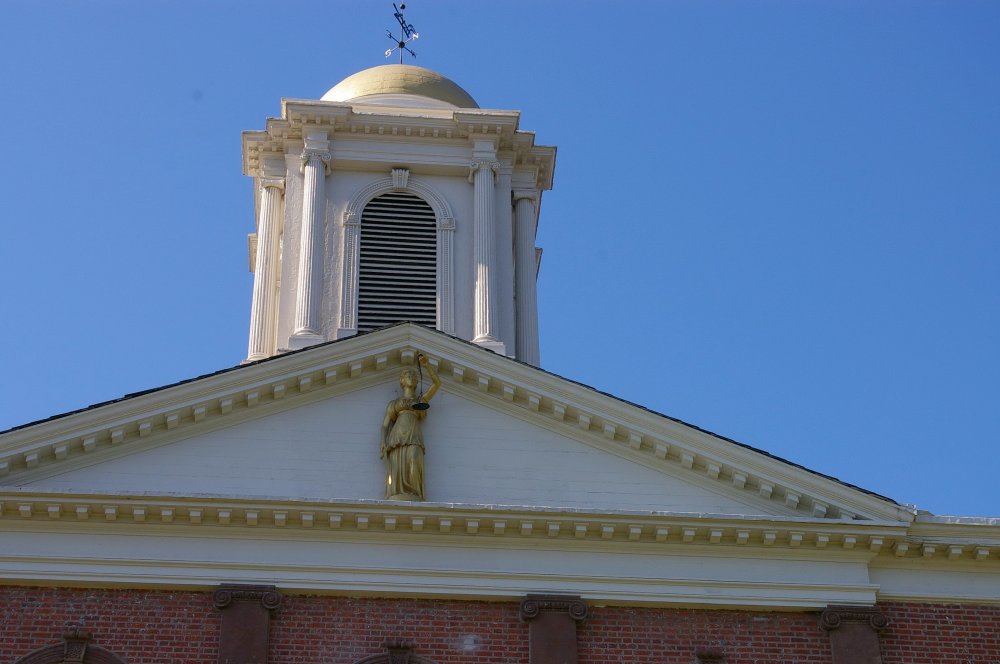 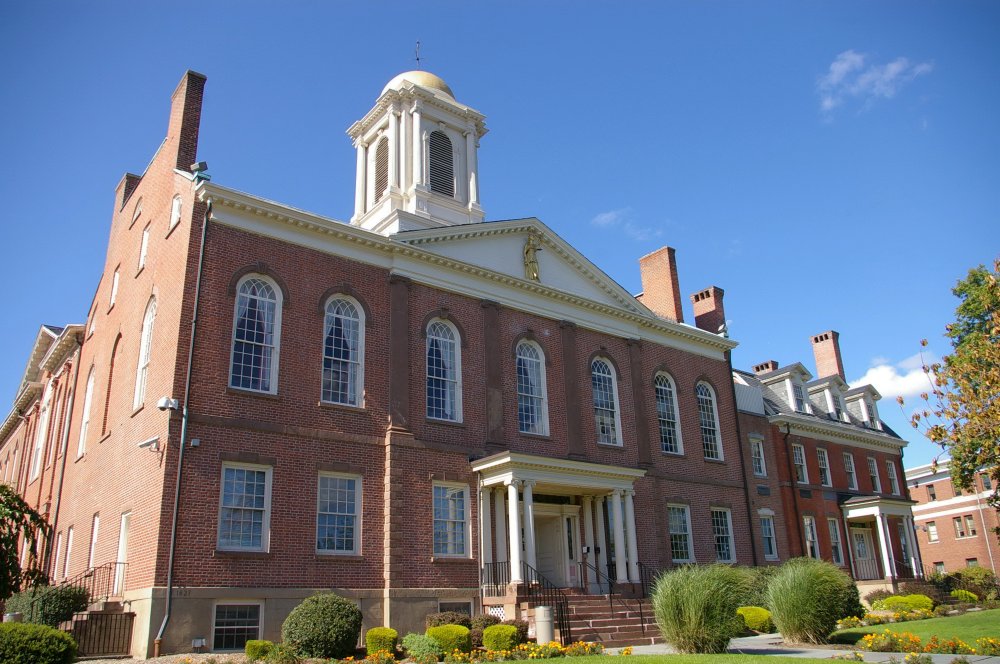 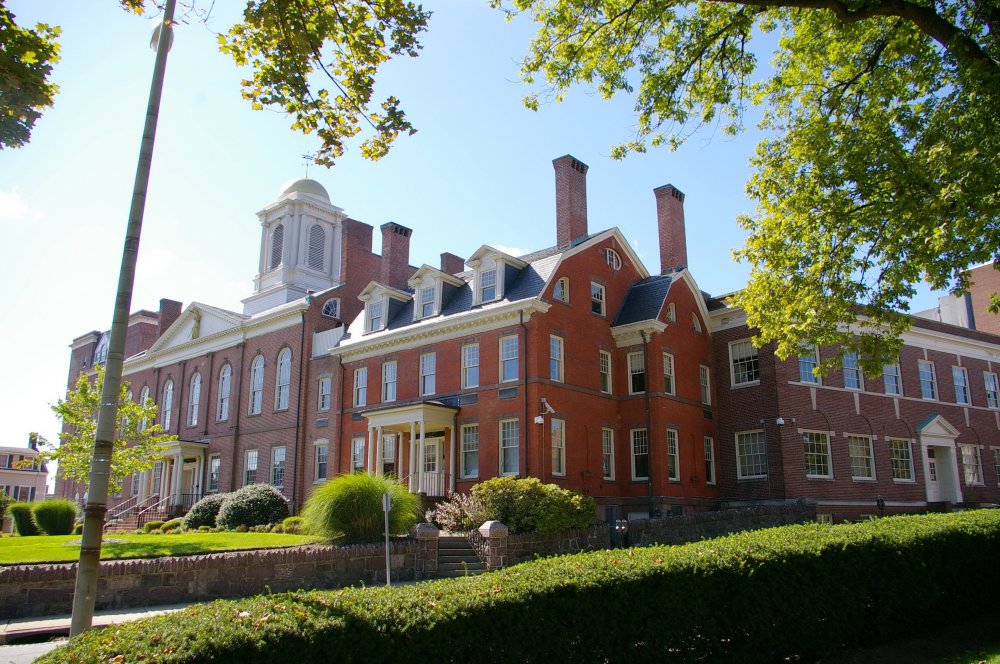 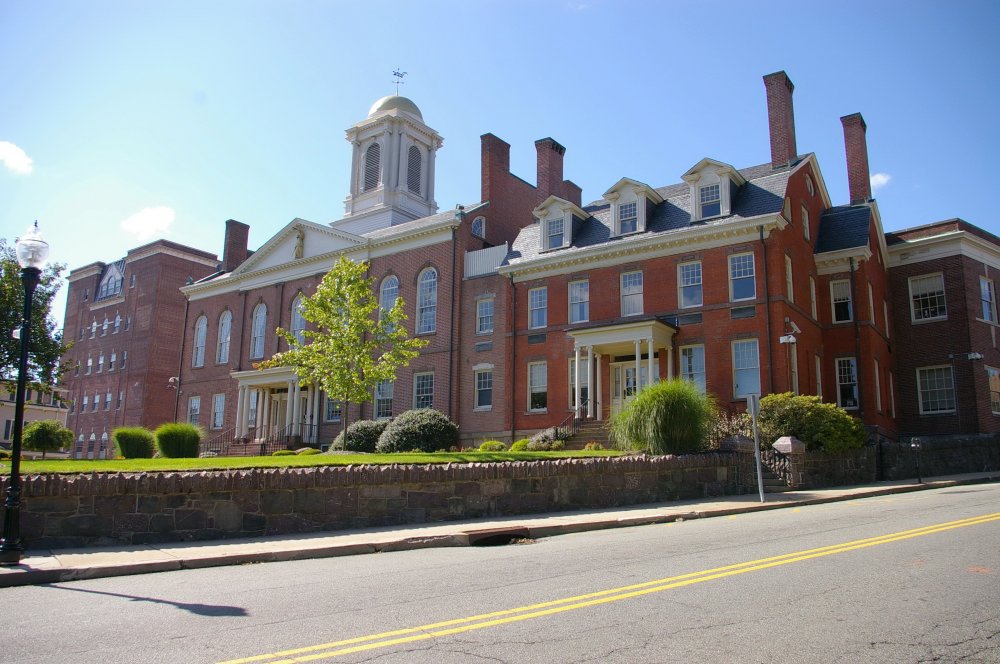 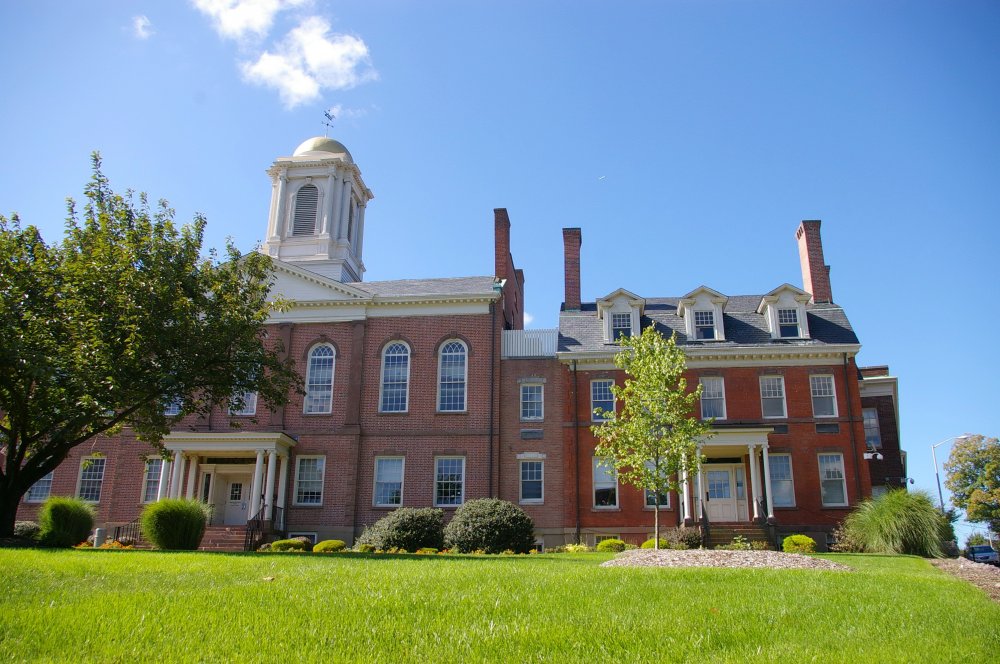