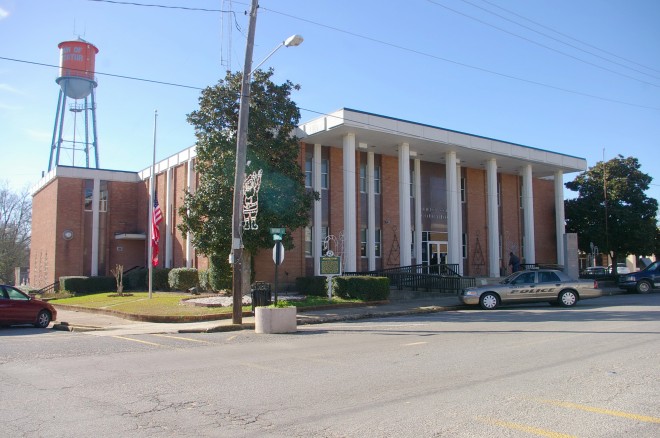 Newton County is named for Isaac Newton, who was an English physicist, mathematician, astronomer, natural philosopher, alchemist and theologian.

Description:  The building faces north and is a two story red colored brick and concrete structure. The north front has a large porch with recessed entrance and supported by six columns rising to the flat roof overhang. Along the sides are vertical white colored concrete dividers. The rear section of the building extends from the main building. A white colored band runs along the flat roof line.

Note:  The courthouse built in 1877 burned on February 2,1911 and was replaced by a courthouse constructed in 1911 to 1912. The architect was Penn Jeffries Krouse and the contractor was G H Dabbs. This building was demolished to make way for the present courthouse.