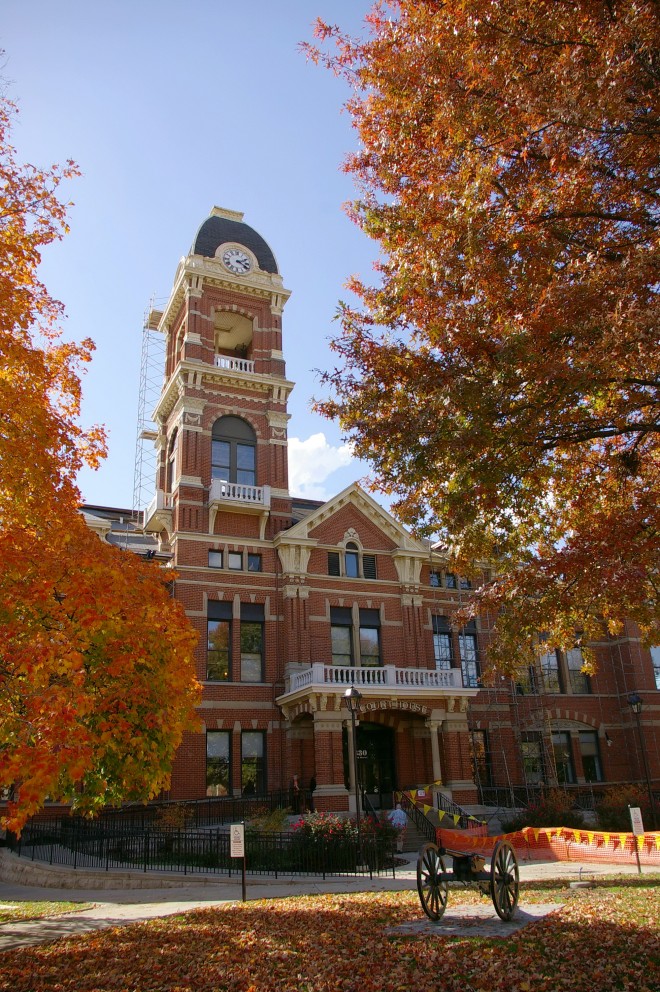 Campbell County is named for John Campbell, who was a soldier during the American Revolutionary War.

Description:  The building faces east and is a three story dark red colored brick and stone structure. The building is located on landscaped grounds in the center of Newport. The east front has a projecting center section rising to a peak at the third story and with a one story porch in front with balcony on the second story. On the south side of the center section is a high five story bell tower with clock at the top. In the interior, a short hall runs from the front entrance to the rear with a long cross hall extending from north to south on both main floors and the basement. The corridors have handsome white mosaic tile floors with Greek key or meander borders and small geometric patterns in alternating rows. There is much use of gray marble wainscot. On the landing is a magnificent allegorical art or “Cathedral” glass window, facing west. The building was altered in 1910. The contractor was Lewis Henry Wilson. On the south side of east front is the Recorder’s Office with separate entrance. On the west side, the building connects to the Justice Center.

Note:  The courthouse in Newport was built out of the frustration of the citizens at being the largest city but not being the county seat. During construction of the courthouse: excavation and limestone work were the responsibility of Charles Limerick; brickwork, John Kenley of Covington; freestone, Behan McDonald of Covington; galvanized iron, tin, and slate roofing, Lawrence Rust of Newport; iron work, Meyer Manufacturing of Covington; and plumbing, James McLean. 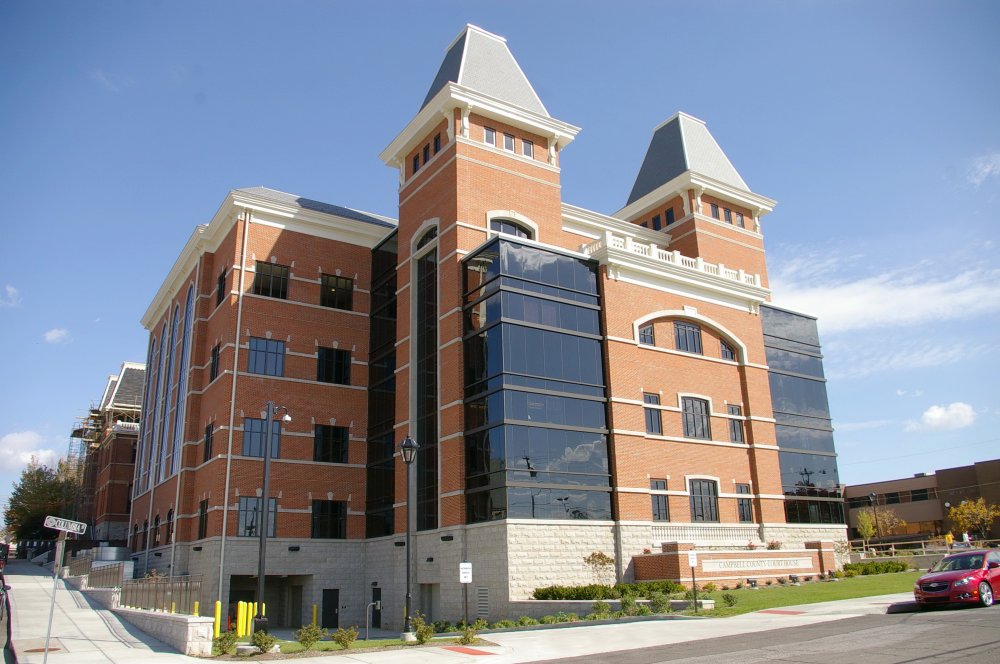 Description:  The building faces west and is a four story red colored brick, glass and concrete structure. The building is located on landscaped grounds in the center of Newport on the west side of the courthouse. The west front has a three story center section with balustrade along the top. On either side are rectangular glass sections. On the west side on the north and south, are two square brick towers rising above the roof line and with sloped roofs. The main entrance to the building is on the east side where a large glass atrium connects to the courthouse. 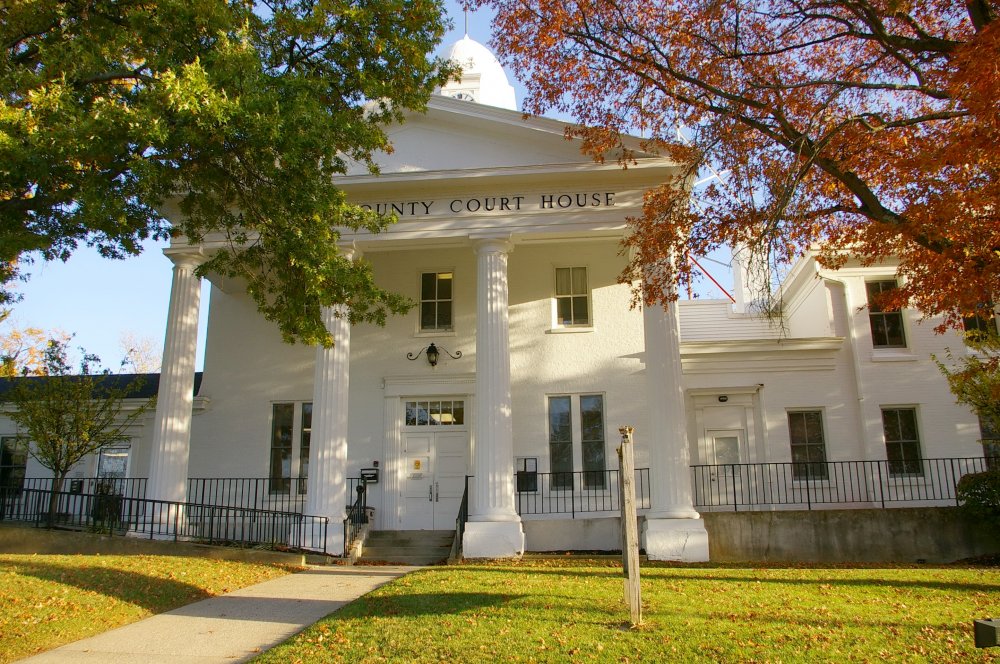 Contractor:  Reverend James Jolly. and others

Description:  The building faces north and is a two story white colored brick and wood structure. The building is located on landscaped grounds in the center of Alexandria. The north front has a large porch supported by four large whiter colored columns rising to a pediment at the roof line. The first story entrance has a frame with long narrow windows on either side. On the center of the roof is a white colored cupola with sloped roof. On the west side is a one story wing which is connected to the two story Recorder’s Office which was added in 1928. A one story wing extends on the east side. The architect and the contractor was Reverend James Jolly. In 1928, the building was remodeled.

Note:  Originally the building was made of red colored brick which was burned at the brick kiln owned by the Spilman family. This kiln is now the site of St. Mary’s Roman Catholic Church on Jefferson Street. The Reverend James Jolly, minister of the Alexandria Baptist Church at one time, is said to have done most of the building himself, having been a mason and bricklayer by trade. 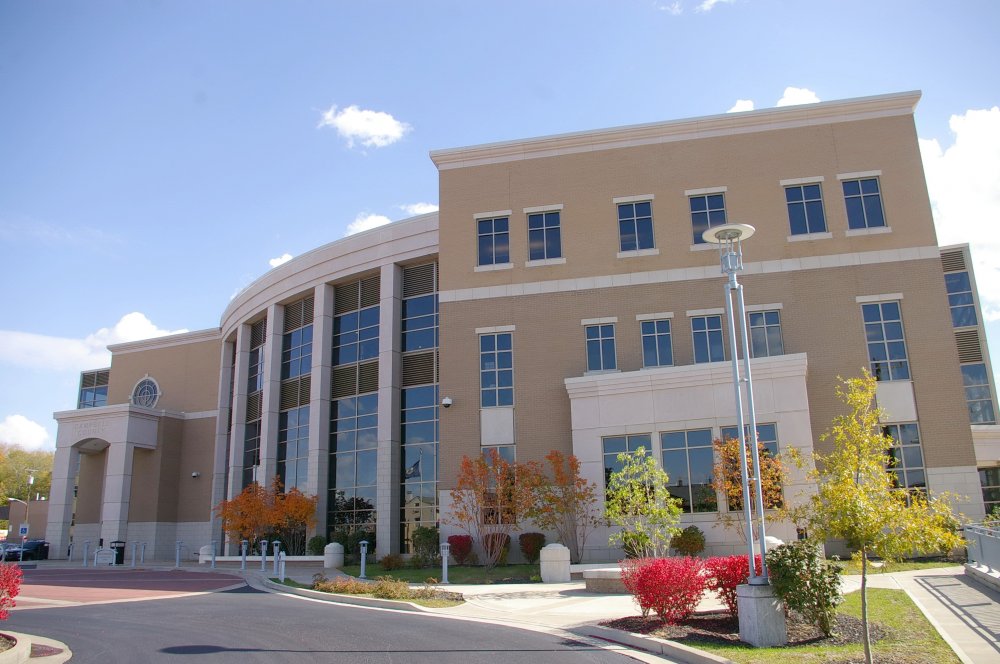 Description:  The building faces north and is a three story buff colored brick, glass and concrete structure. The building is located on landscaped ground in the center of Newport to the south of the courthouse. The north front has a curved central glass section with vertical dividers There is a southeast wing and a north west wing. The roof line is flat. 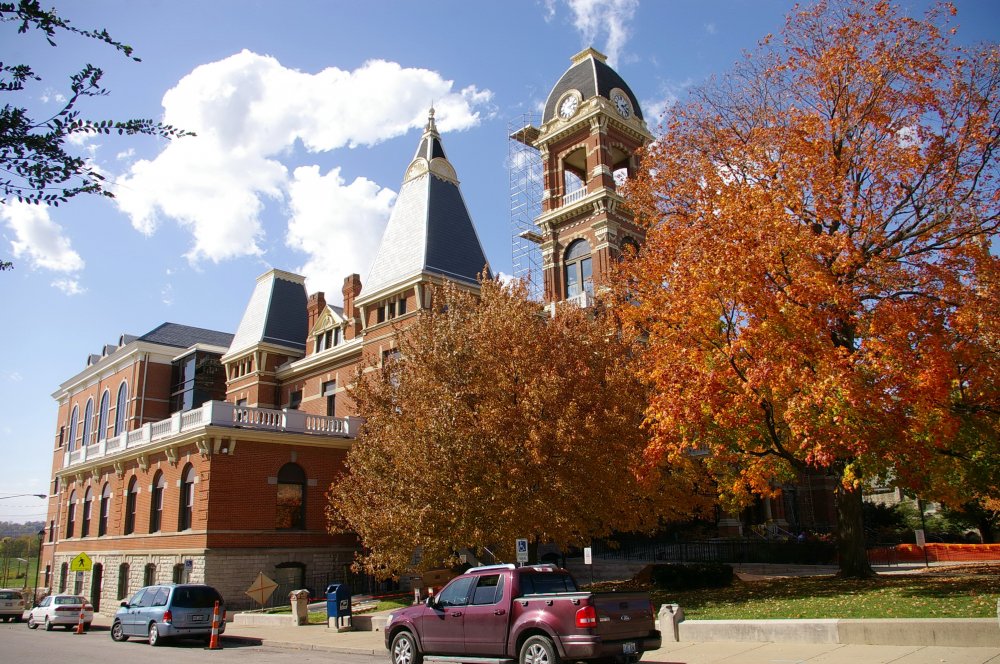 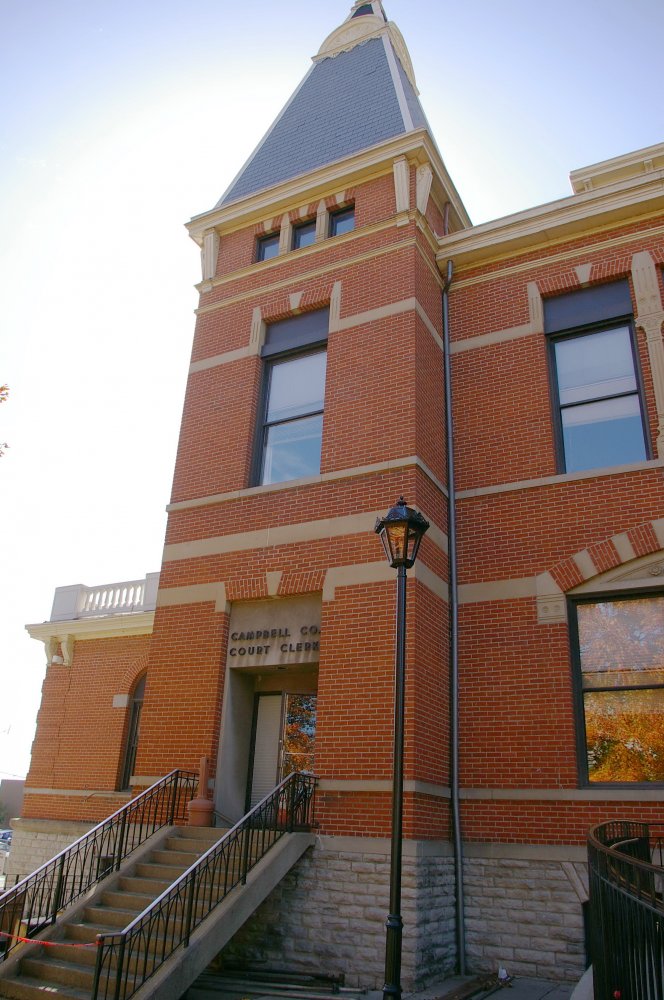 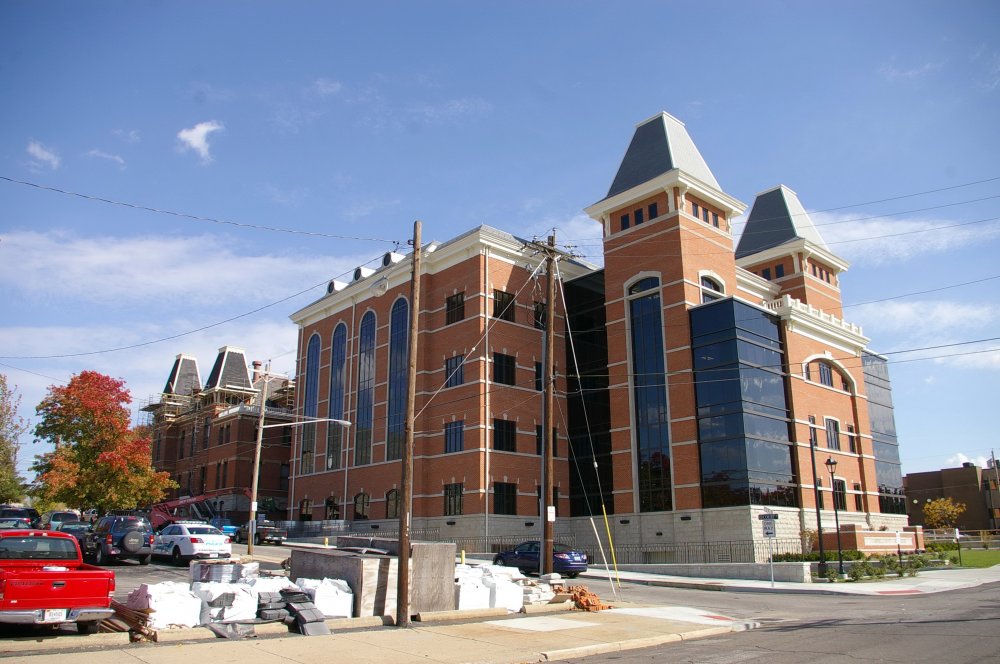