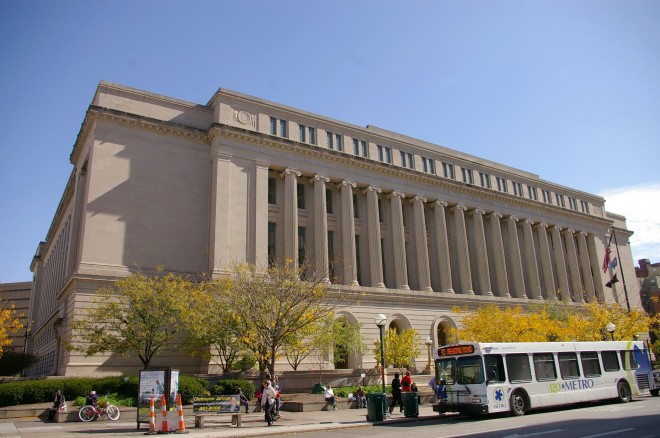 Hamilton County is named for Alexander Hamilton, who was the first Secretary of the Treasury.

Description:  The building faces west and is a nine story stone and concrete structure. The building is located on landscaped grounds in the center of Cincinnati. The building is constructed with New Hampshire granite and Bedford limestone. Above the base are three levels grouped together by a colossal row of sixteen Corinthian columns. On the west front are three wide arched doorways which feature wrought bronzed screens. Flanking the doorways are arched windows of the same character. There is a rectangular shaped courtyard on the north side and the south courtyard was filled in for offices and courtrooms. The roof line is flat. In the interior there is a large entrance vestibule. The building has 30 courtrooms. The building houses the County Court of Common Pleas and County Municipal Court – Civil Division.

Description:  The building faces west and is a sixteen story Bedford limestone and concrete structure. The building is located in the center of Cincinnati to the southeast of the courthouse. The building was originally the Times Star Building owned by the Taft family and was constructed of three-dimensional interwoven Bedford limestone blocks. The tower rises at the center of the west side and the wings and east section are lower in height. Intricate futuristic grillwork covers the windows. Four large carvings anchored on the crown of the tower are purported to signify Truth, Patriotism, Progress, and Speed. The statuary by Ernest Haswell and Jules Byrs was created to symbolize journalism and learning with statues of Franklin, Gutenberg, Caxton and Elzevier. The interior has a gilded gold arched entrance into an expansive marbled lobby, splashed with decadence, sporting underlying geometric floors. Art deco decorum is evident in the carved symbols depicting the printing trade, entangled with various depictions of American eagles, encompassing patriotism. There are Norman-style recessed ceiling panels and an appointed chandelier draped by a grand balcony. On the first floor and balcony, the elevators’ doors are designed with images of strong mythological women. The county purchased the building and renovated the structure in 1991 to 1994. The building houses the County Court of Common Pleas – Juvenile Division and Domestic Relations Division. 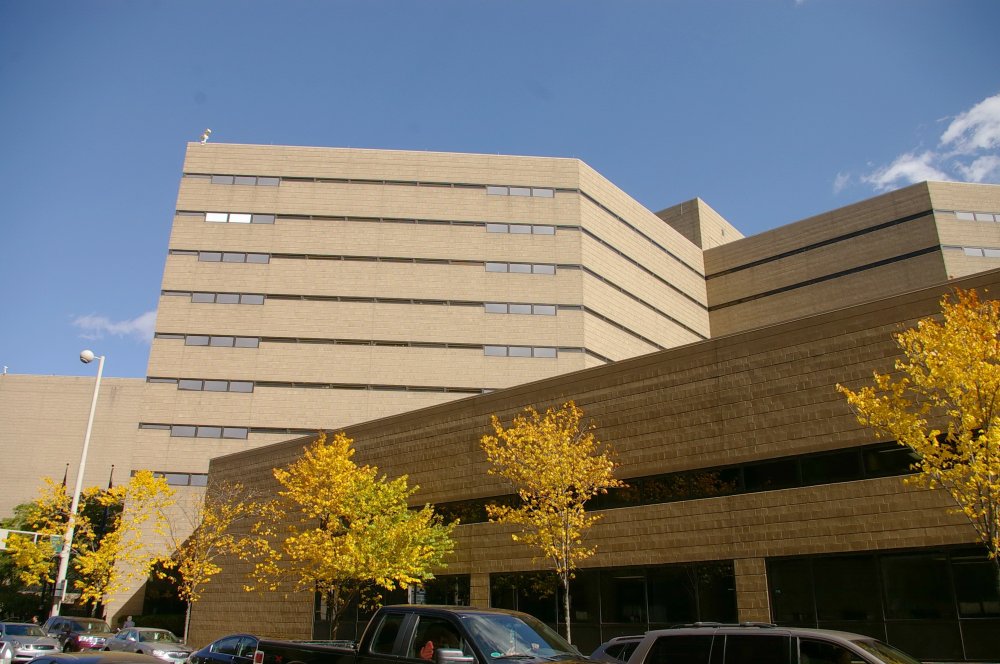 Description:  The building faces west and is a ten story concrete and glass angular structure. The building is located in the center of Cincinnati on the east side of the courthouse. The entrance on the northwest side has glass panels. Above the first story, the windows are horizontal and narrow. The roof line is flat. The building faces onto a plaza with the Law Enforcement Center on the north side. 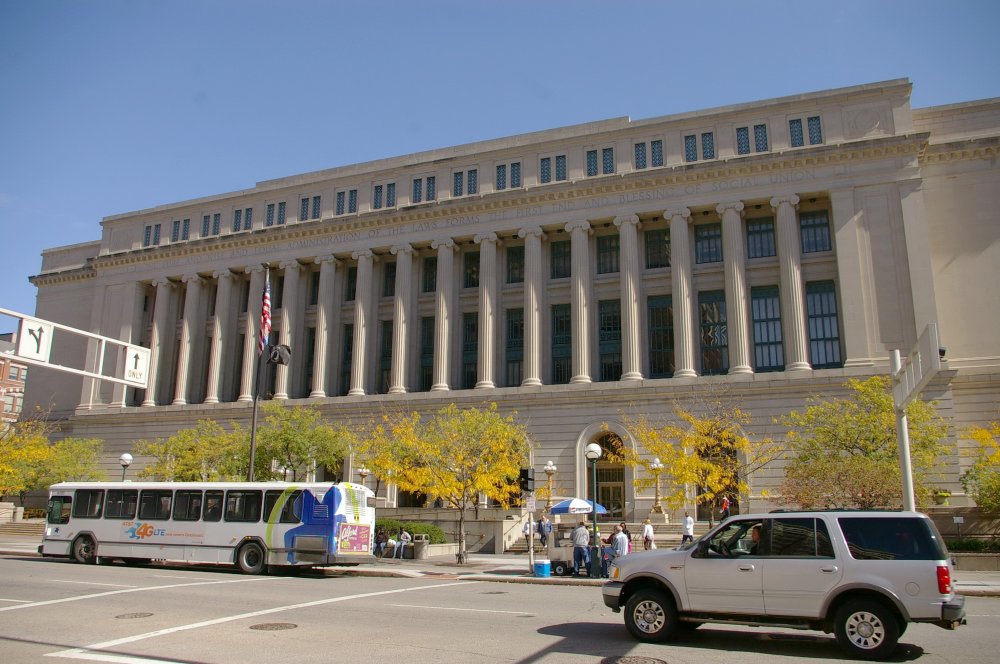 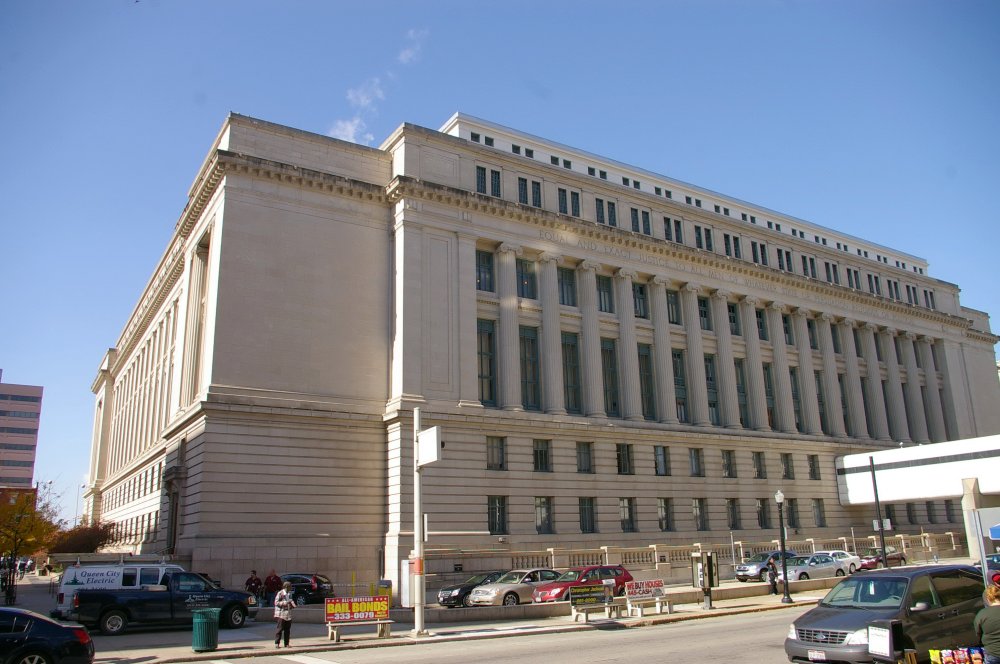 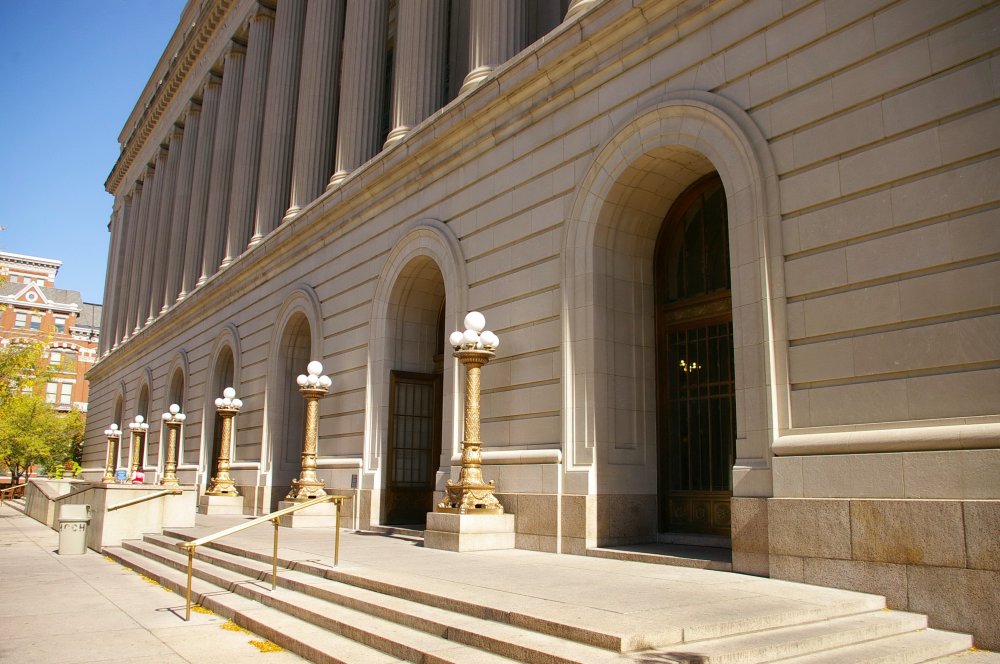 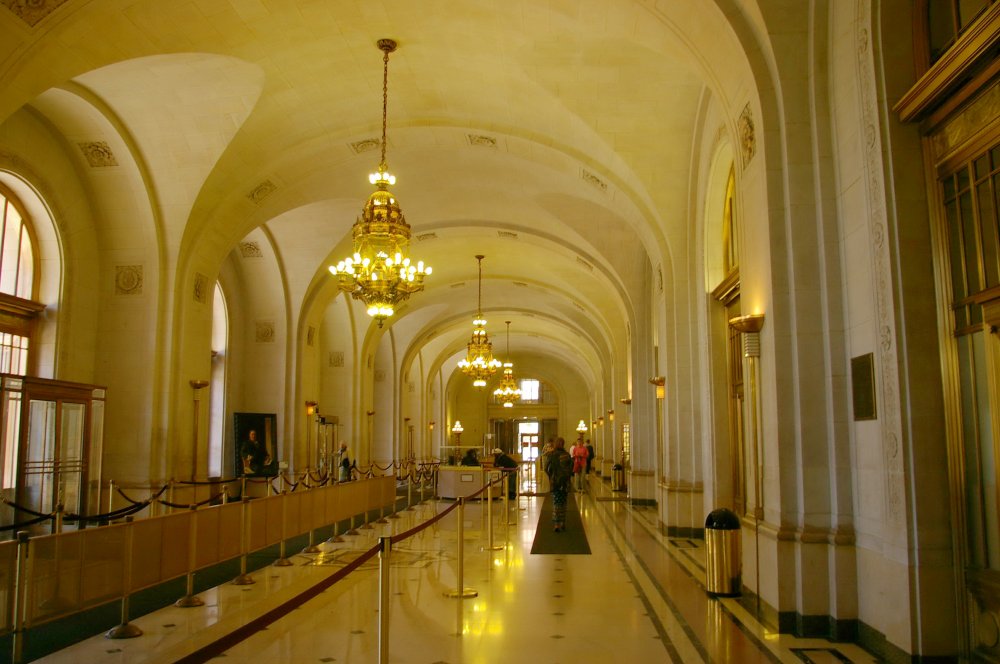 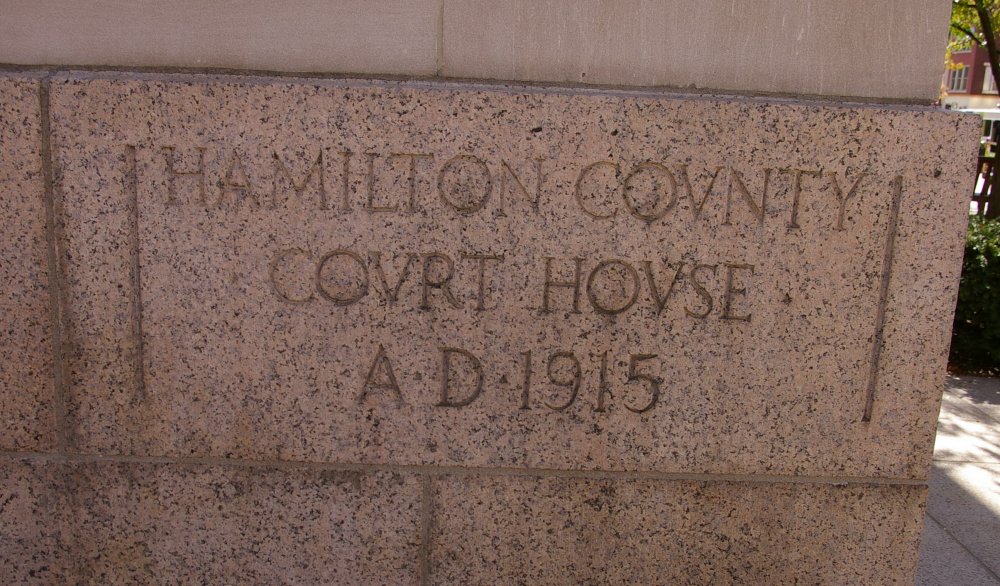 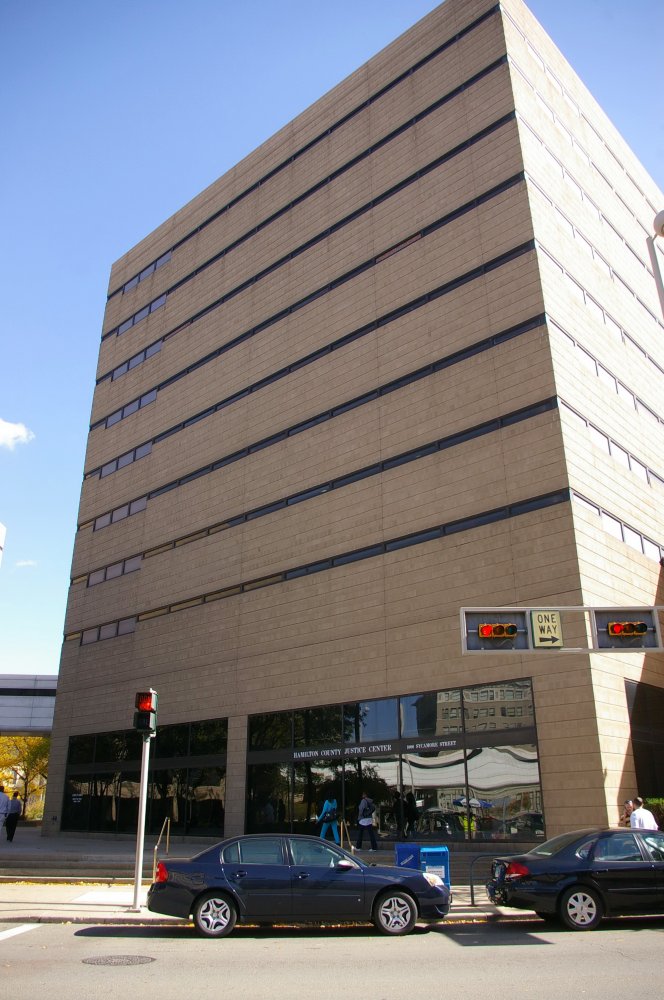