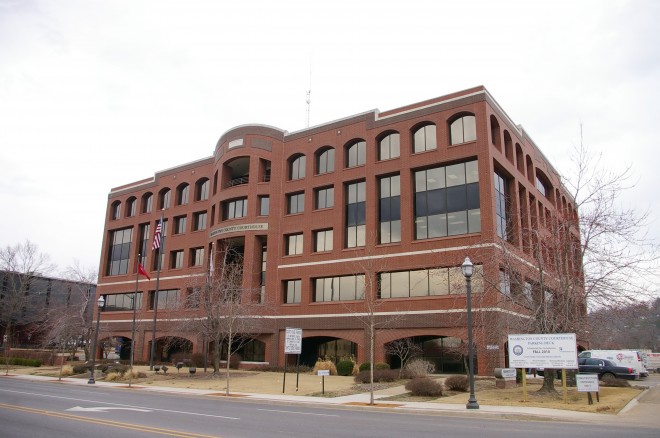 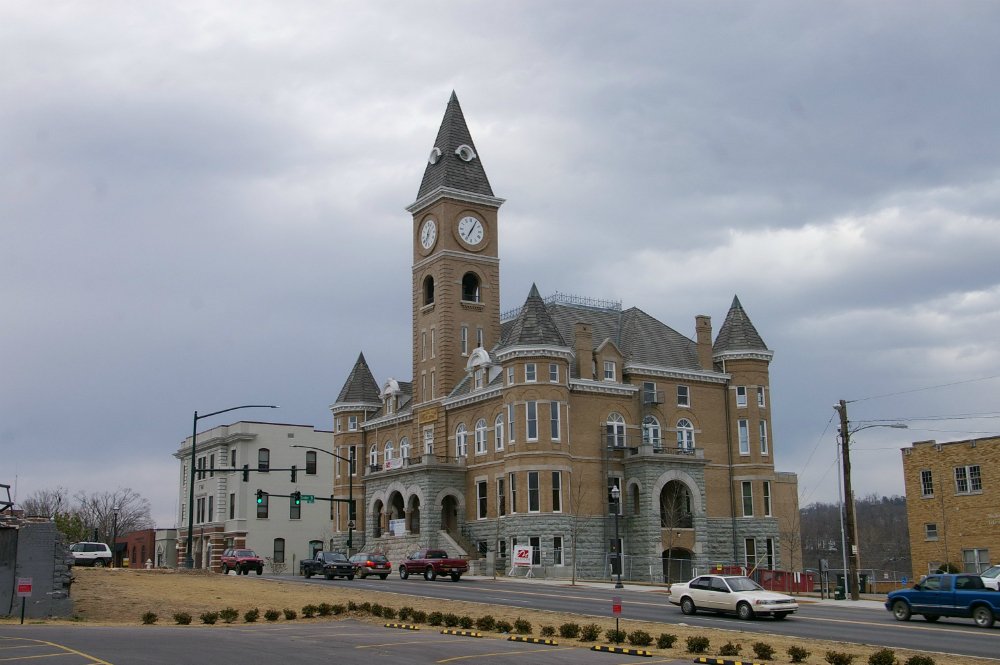 Description:  The building faces west and is a two story buff colored brick and stone structure. The building is located in the center of Fayetteville. The west front has a porch on the first story with three arches. There are round towers on each corner with conical roofs. Above the west entrance rises a high square brick tower with clock and steep roof. 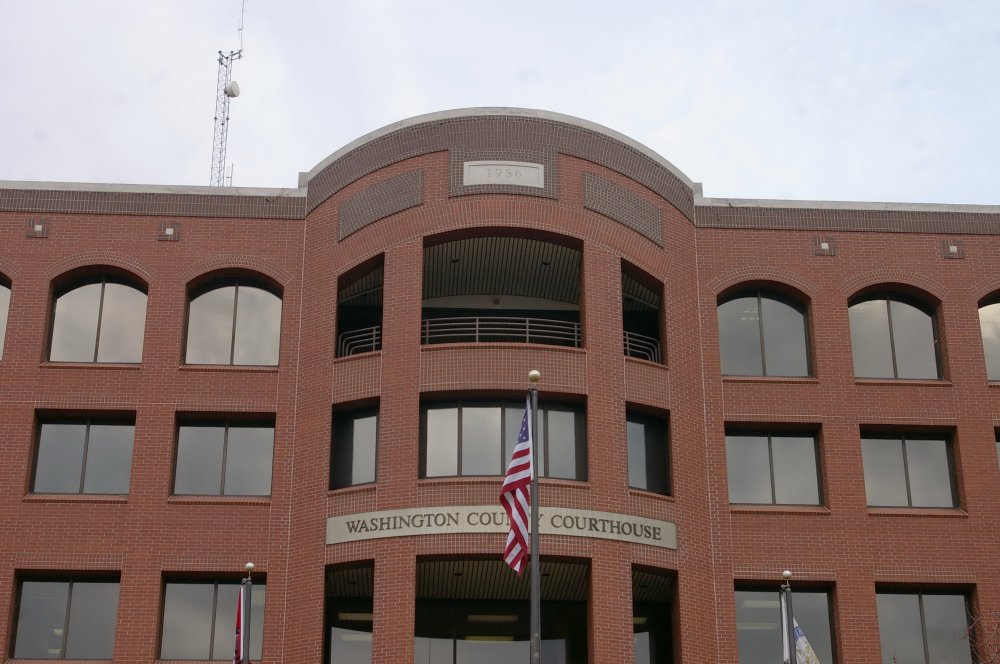 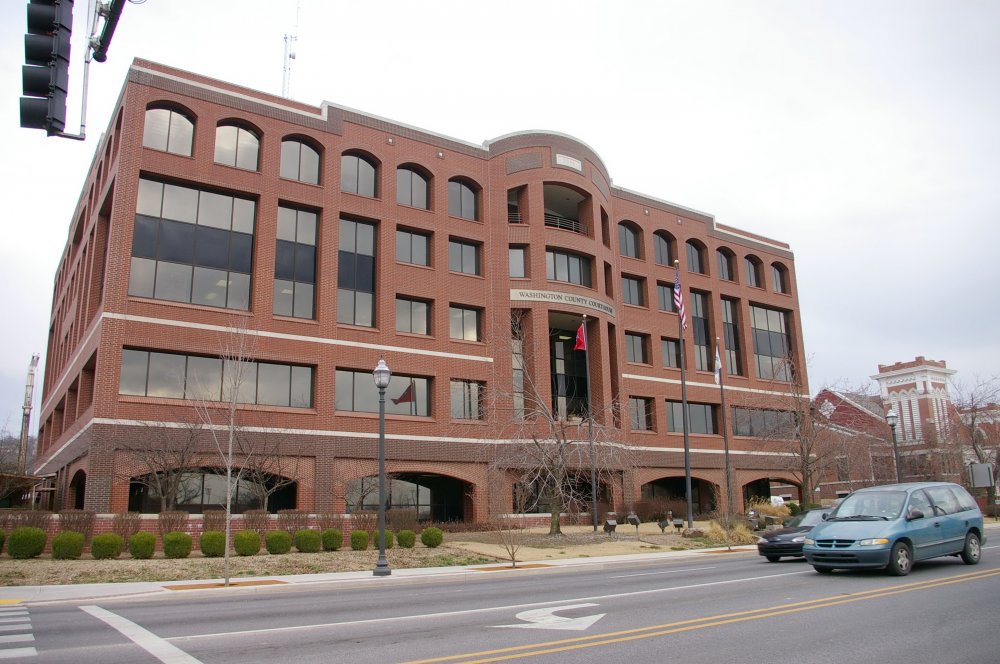 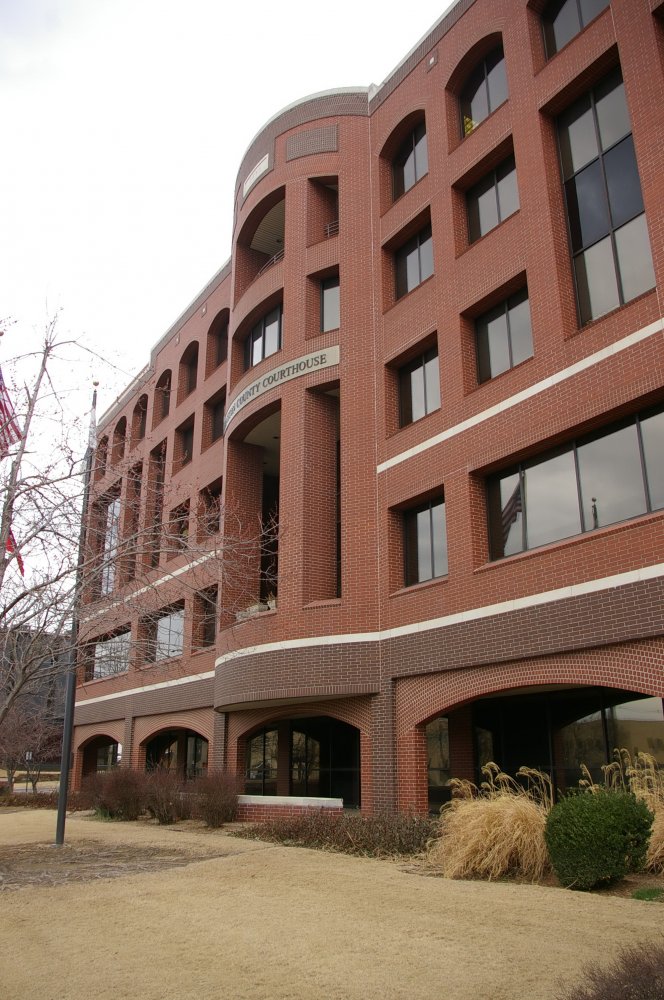 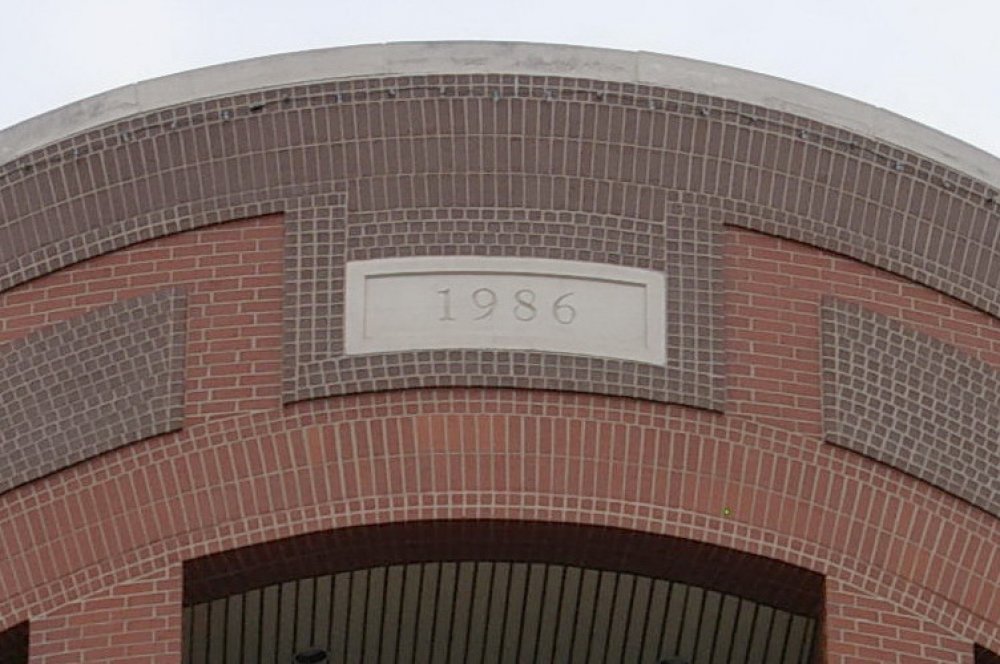 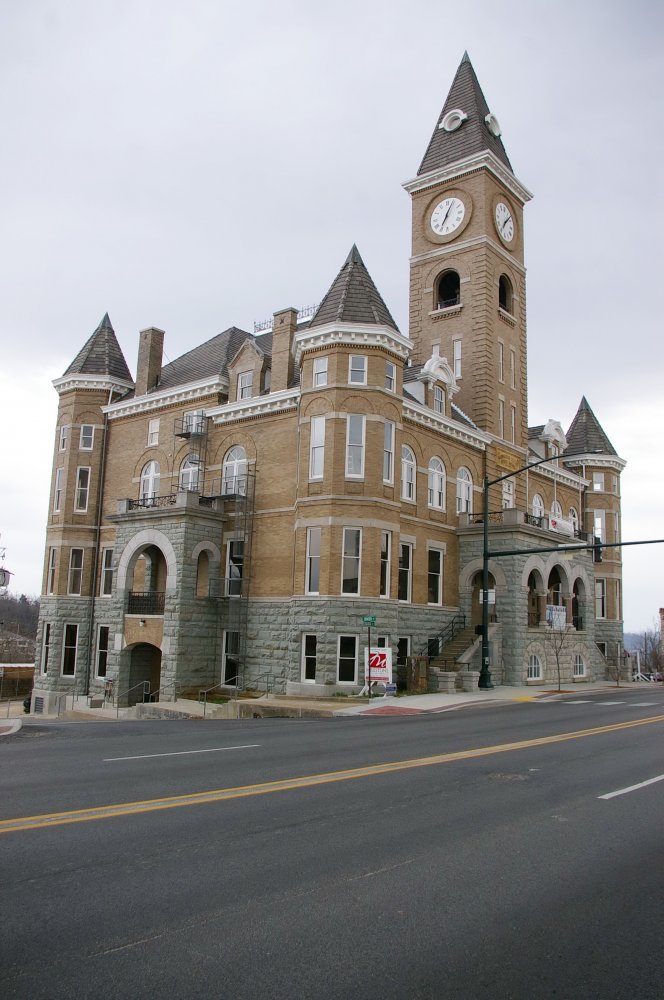 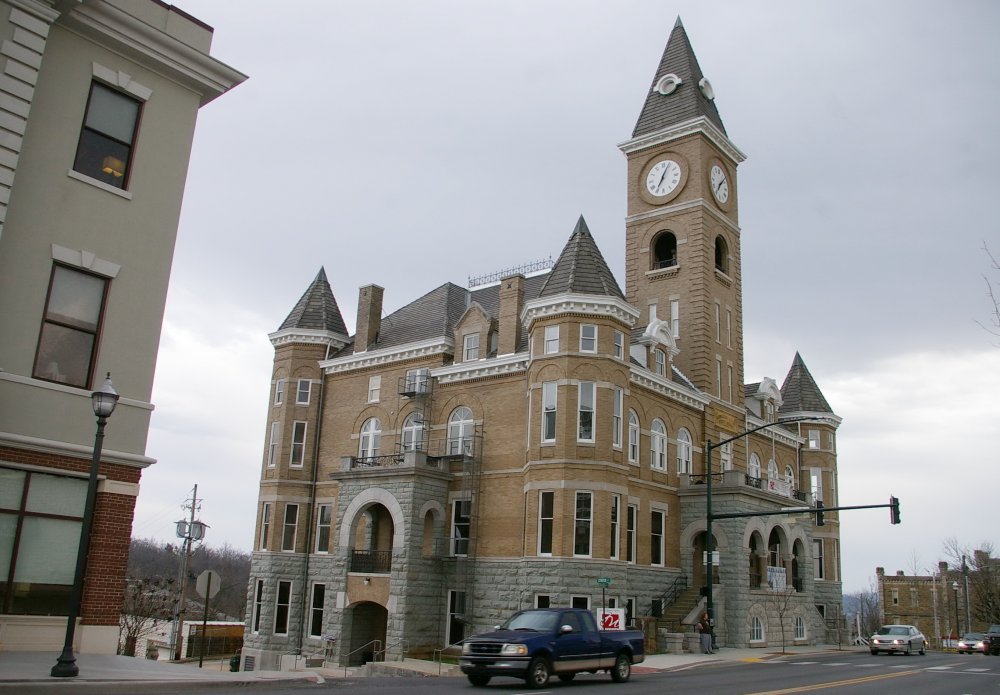 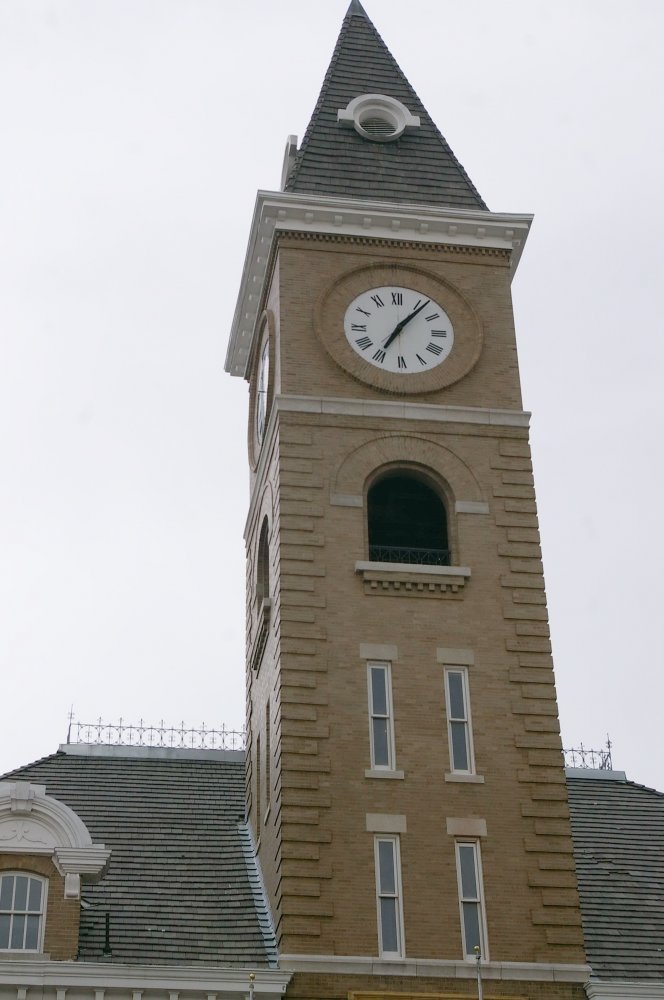 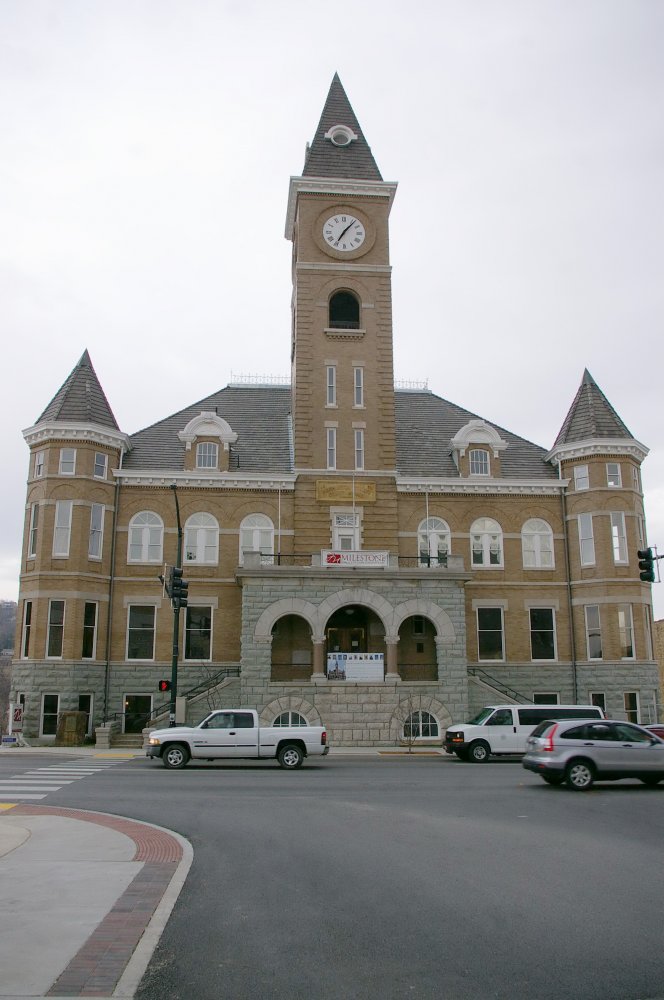