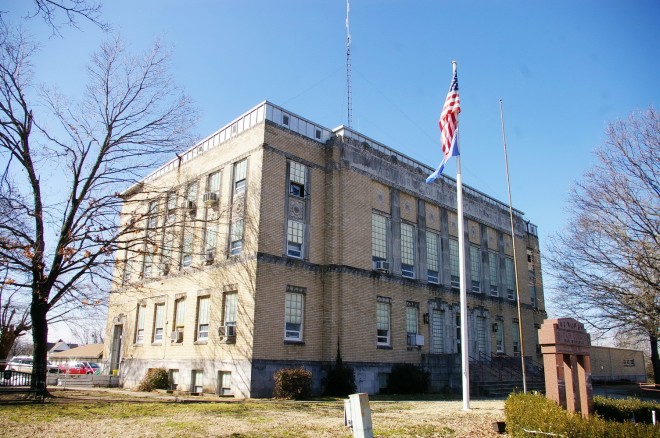 Adair County is named for the Adair family of the Cherokee Native American tribe.

Description:  The building faces north and is a three story buff colored brick, limestone, steel and concrete structure. The rectangular shaped building is located on landscaped grounds in the center of Stilwel. The north front has concrete trimmed entrances. Vertical concrete dividers separate the windows on the second story. Square glass bricks are incorporated into the upper three-fourths of the windows, The areas of carved stone which frame the doorways and which decorate the parapet, display an elaborate pattern of curlicues, rosettes, and the high-relief faces of Indian chieftans wearing feathered headdresses. The roof line is flat. The base of the building is concrete. In the interior, the courtroom is located on the north side of the third story. The building houses the County District Court of the 15th Judicial District.  A one story buff colored brick addition was added on the west side in 1967. The architect was Scott-Peter and Associates and the contractor was C A Self Construction Company. The addition is named as the Adair County Welfare Building. A new two story addition was constructed on the west side in 2016 to 2017 to replace the 1967 addition. The architect was Mike Martins of Martin Design Associates of Muskogee and the contractor was Rodney Schilt of Schilt Management Services, Inc. of Pryor. The new addition contains the Commissioner’s Room on the first story and the second courtroom on the second story. 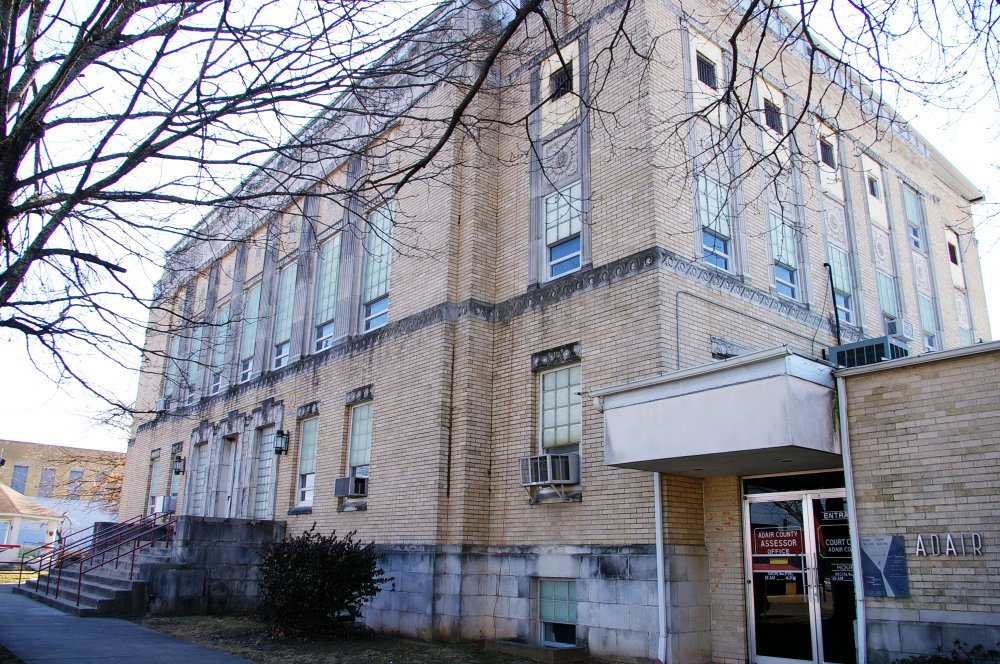 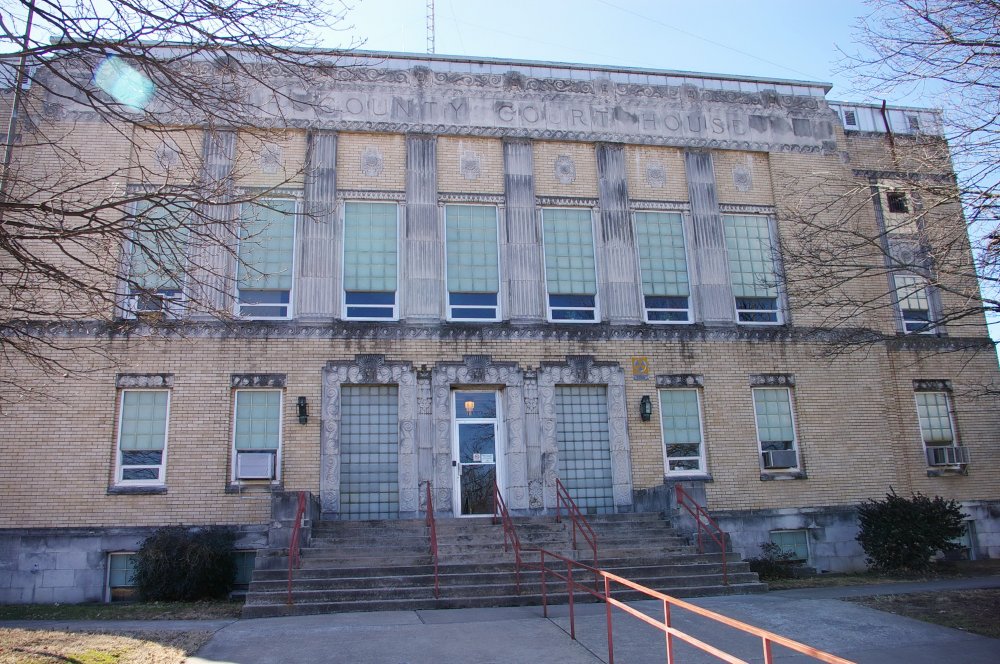 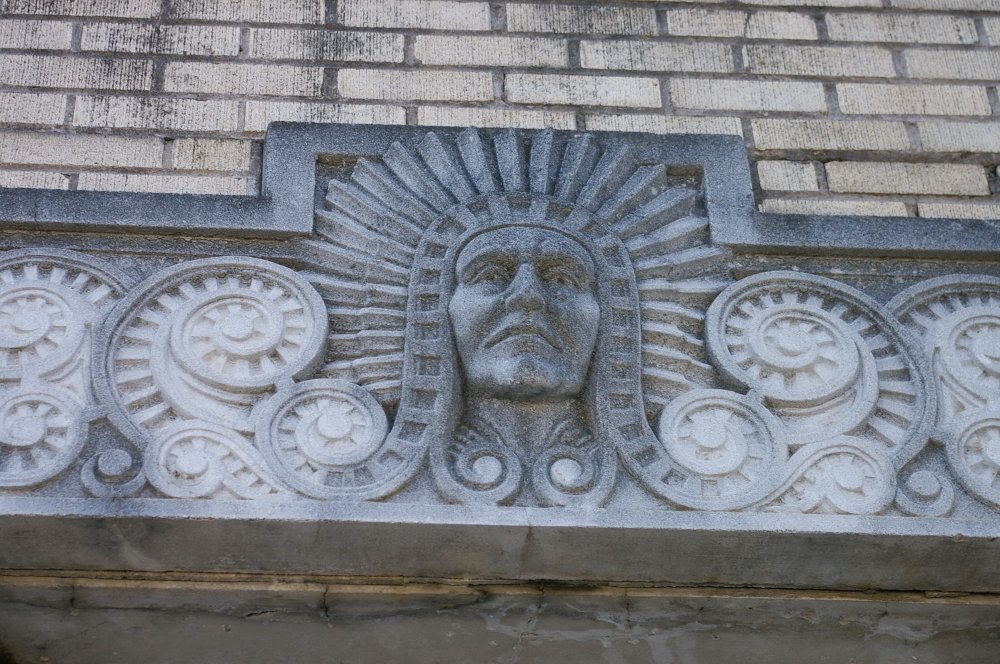 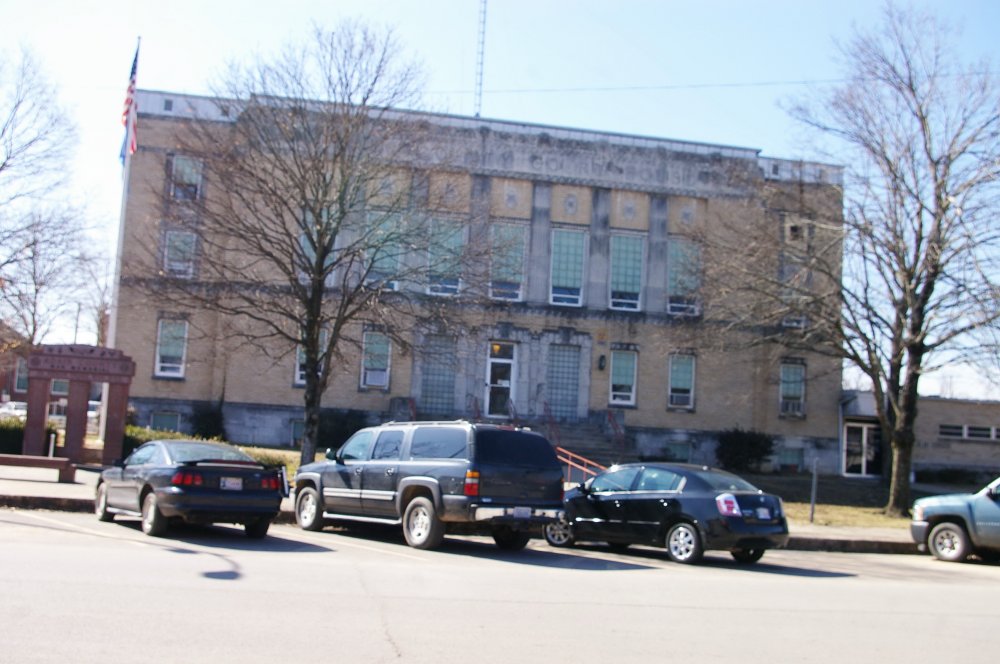 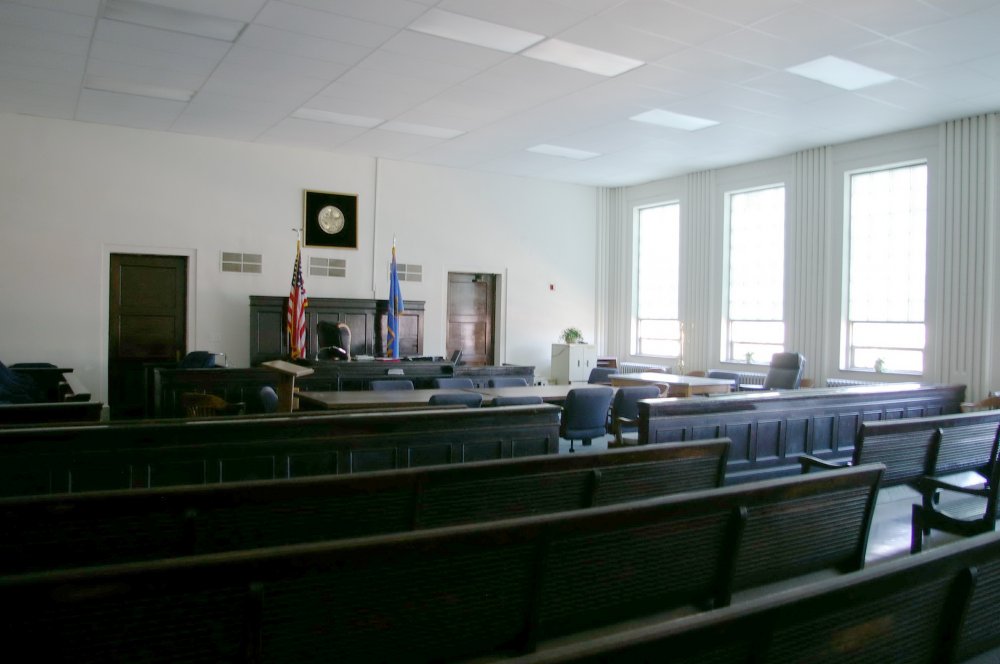 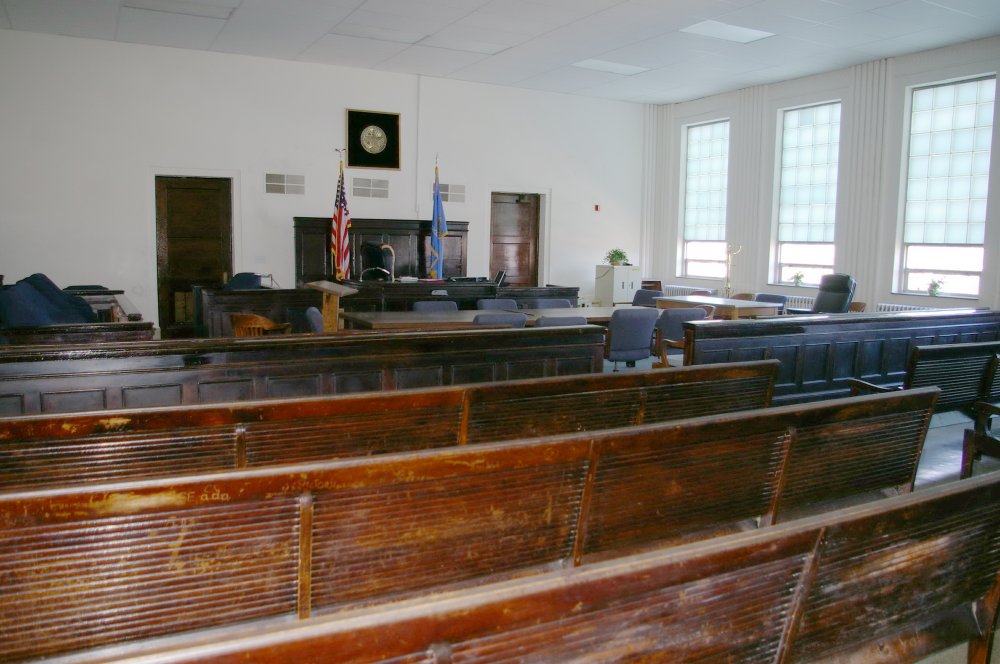 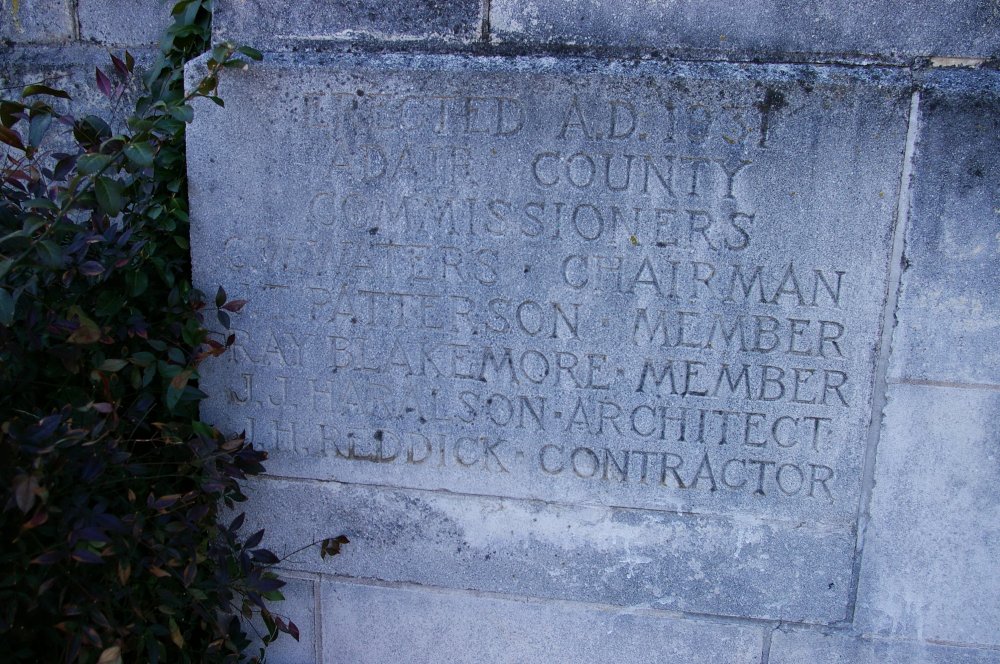 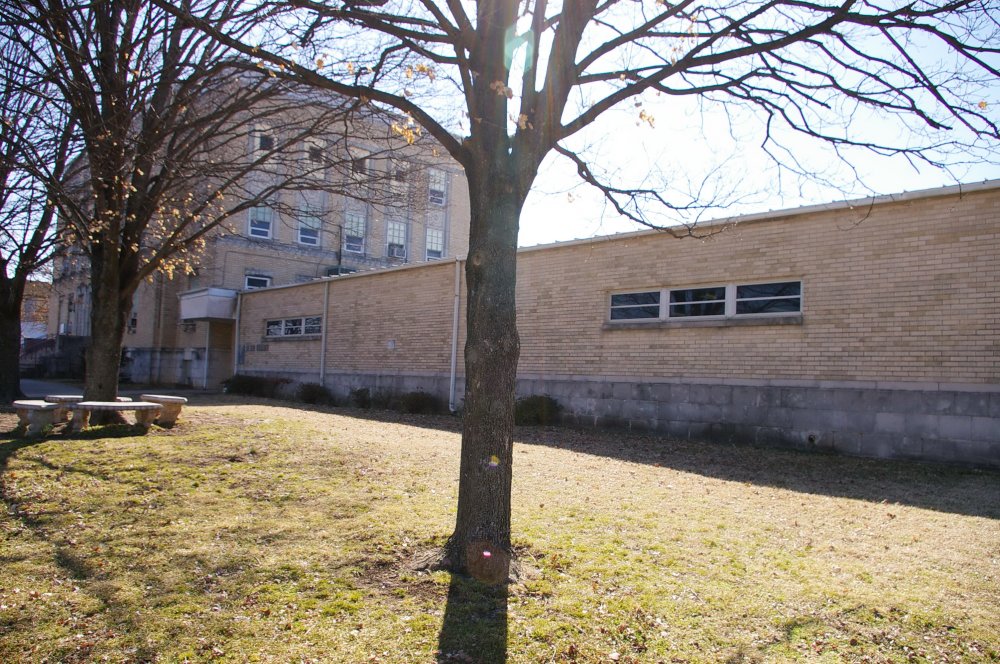 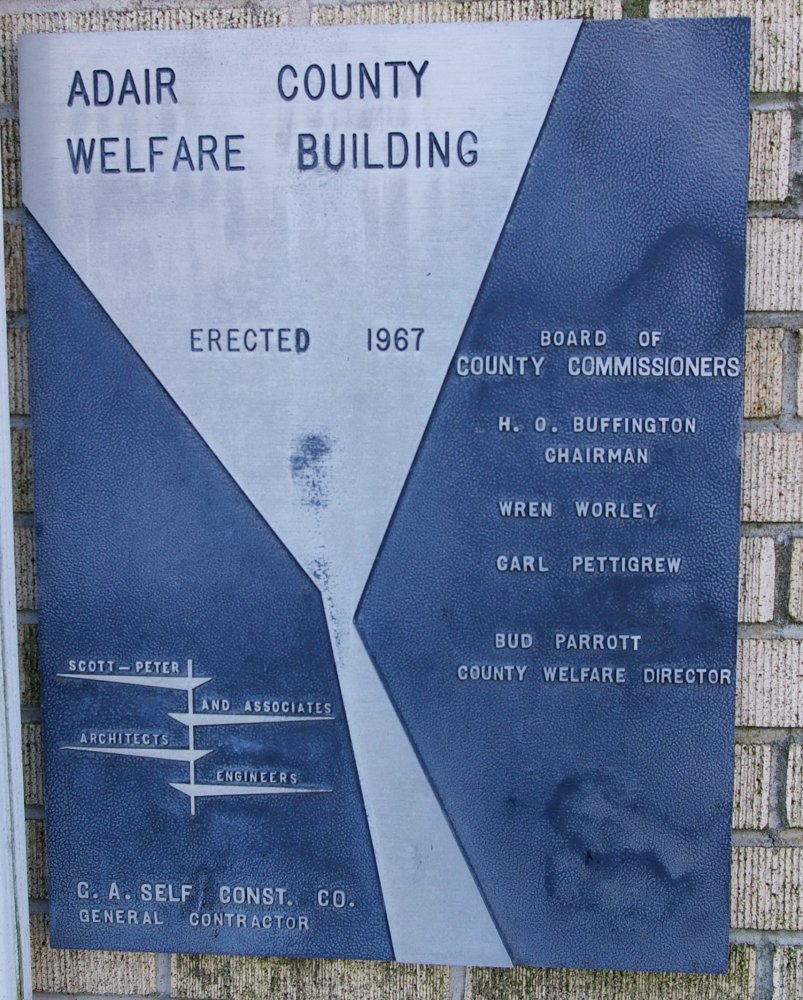