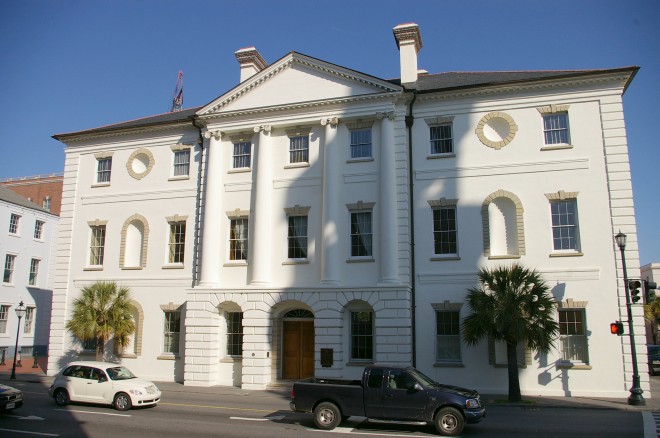 Description:  The building faces south and is a three story brick structure. The building is constructed of stone with cream colored plaster facing. The building is located in the center of Charleston. The south front has four columns rising from the second story to the top of the third story where a pediment is located. On the first store are three stone arches at the entrance. The building was remodeled in 1883. The architect was John K Bourdin and Federick J Smith and the contractor was John E Kerregan. An addition was added in 1929. A further addition was added in 1941. The architect was David Hyer.

Note:   The original courthouse was built in 1752 as the Royal Statehouse for the British Government. The building was destroyed by fire in 1788 and rebuilt. The building served as State Capitol until the move to Columbia. 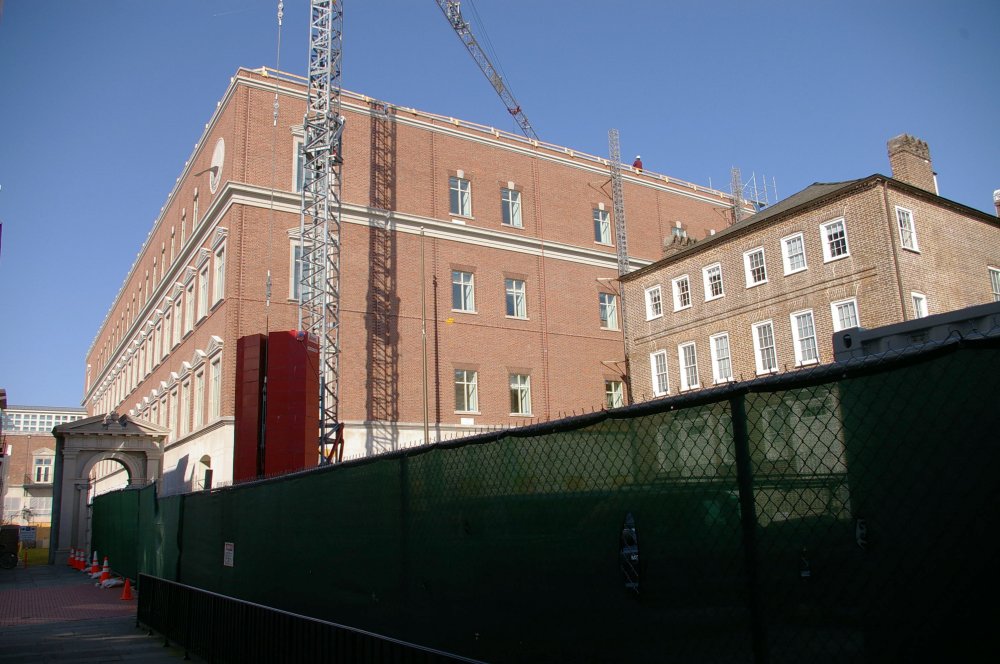 Description:  The building faces and is a four story red colored brick and concrete structure. The building is located to the northwest of the old courthouse and set back from the street and surrounded by other buildings in the center of Charleston. The first story has white colored stone facing with arches along the south side. A protruding horizontal band runs between the third and fourth stories. The roof line is flat. There is a large sundial on the corner of the south side of the fourth story. 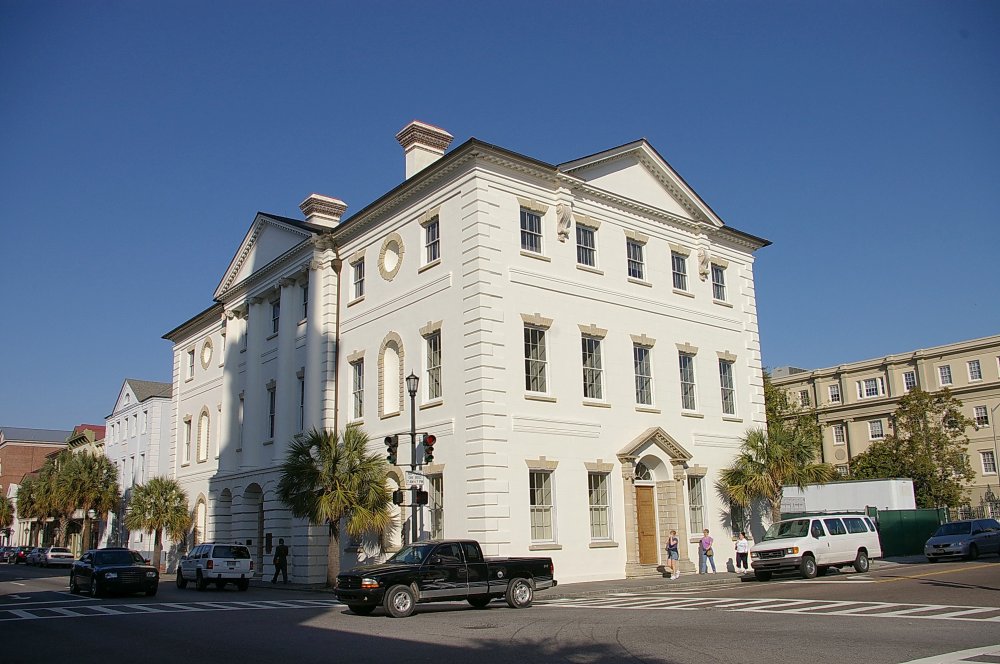 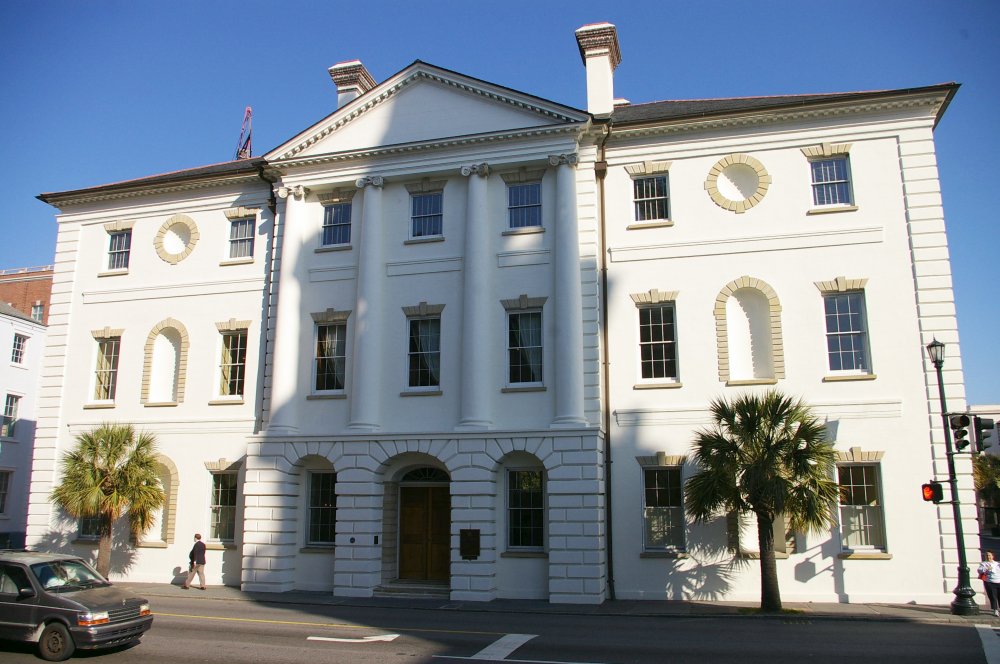 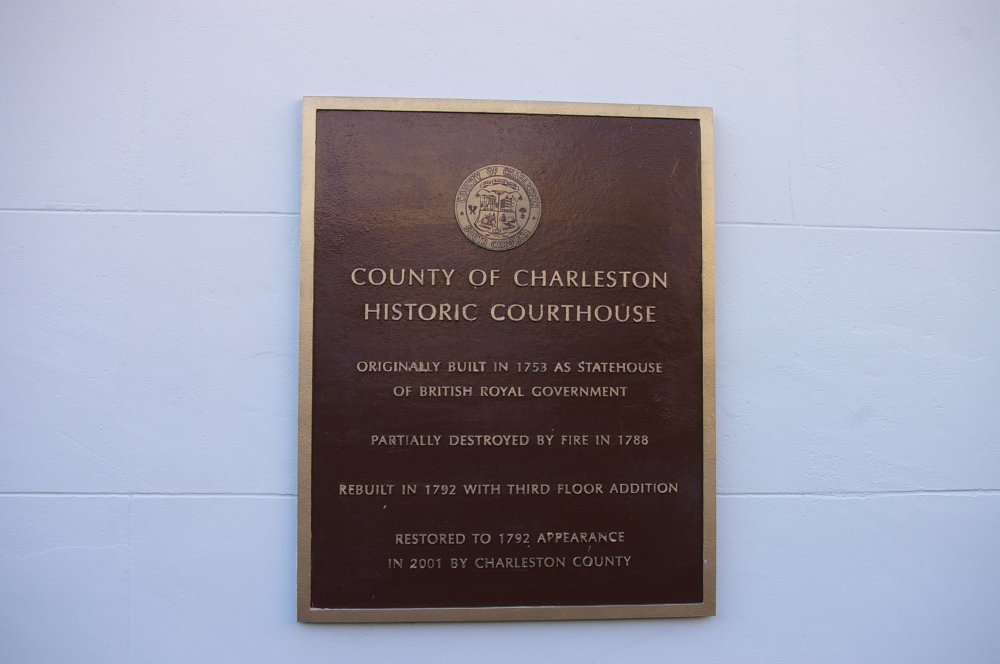 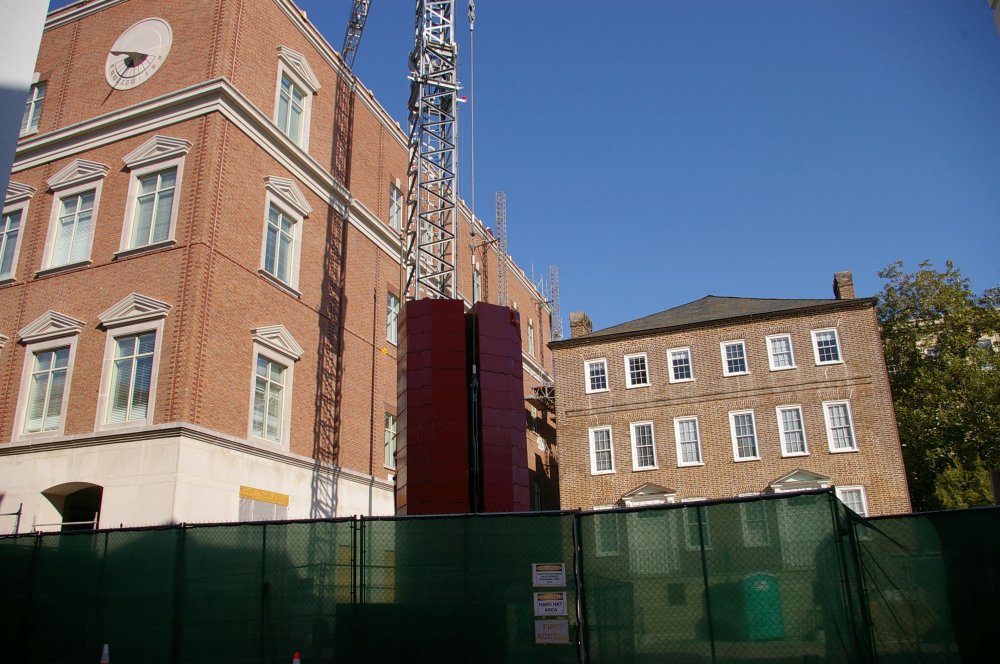