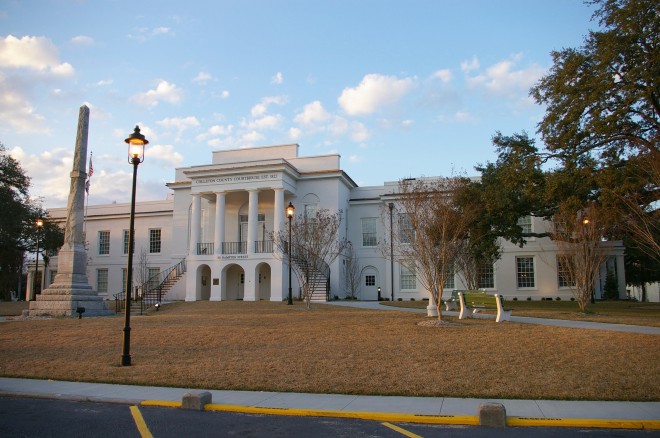 Colleton County is named for John Colleton, who was one of the Lords Proprietors of the Province of Carolina.

Description:  The building faces south and is a two story white colored brick and stucco structure. The building is located on spacious landscaped grounds in the center of Waterboro. The building has a projecting higher center section with a portico having arches on the first story and supported by four large columns on the second story. Stairs on either side of the portico ascend to the second story. In 1843 to 1844, the building was reconstructed. The contractor was Jonathan Lucas and Benjamin Lucas. New additions were made to this building. The west wing was added in 1916. Then, in 1937 to 1939, the Works Progress Administration covered the west wing with brick, added a new east wing, built an addition to the north entrance and remodeled the interior. The building was restored in 2007. The architect was Stevens & Wilkinson and the contractor was Blanchard Construction. 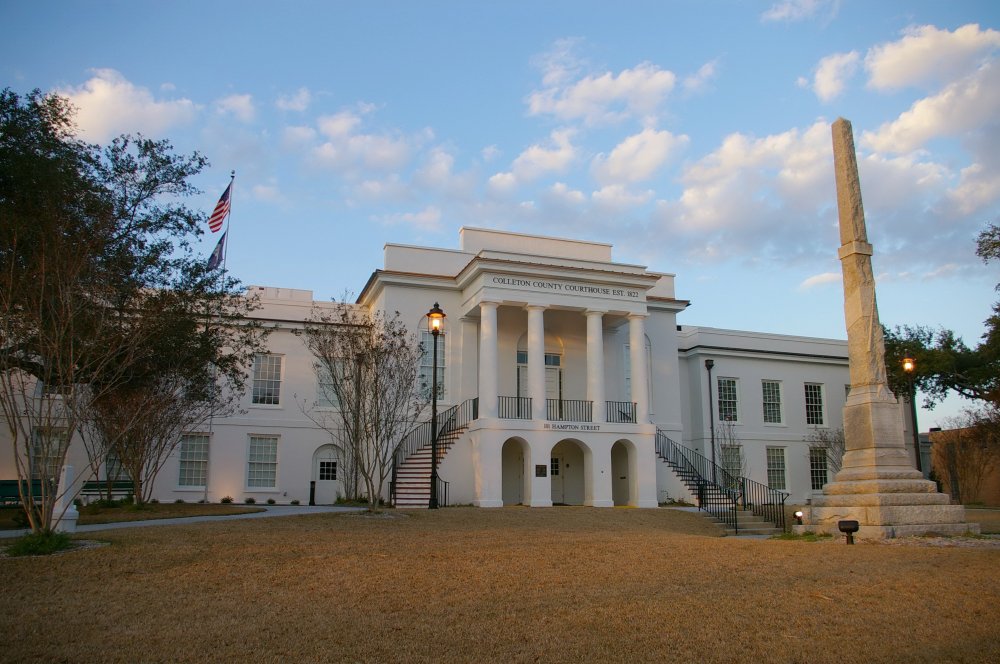 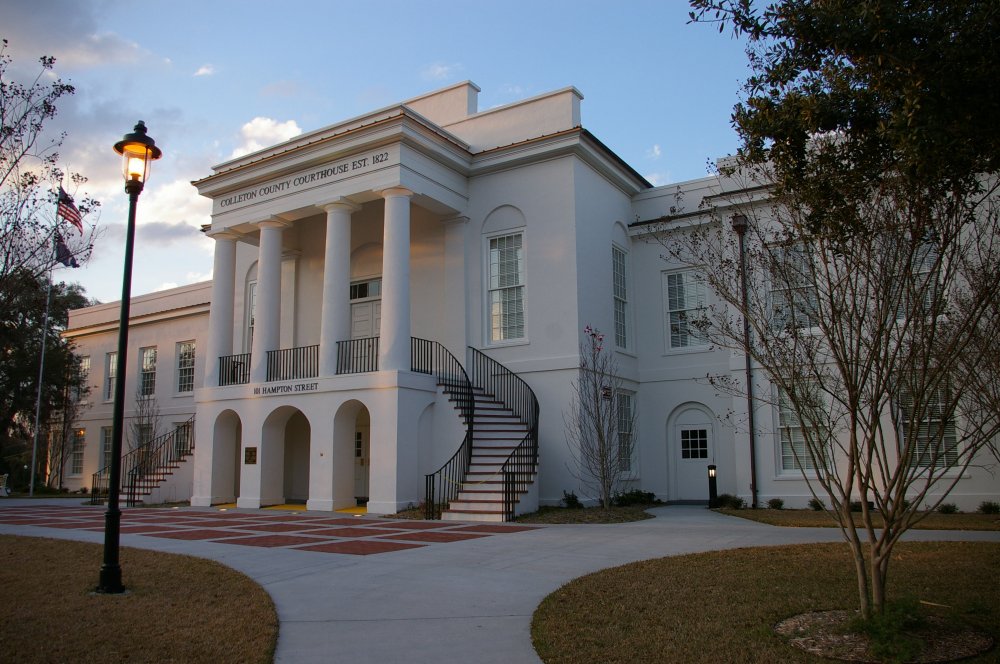 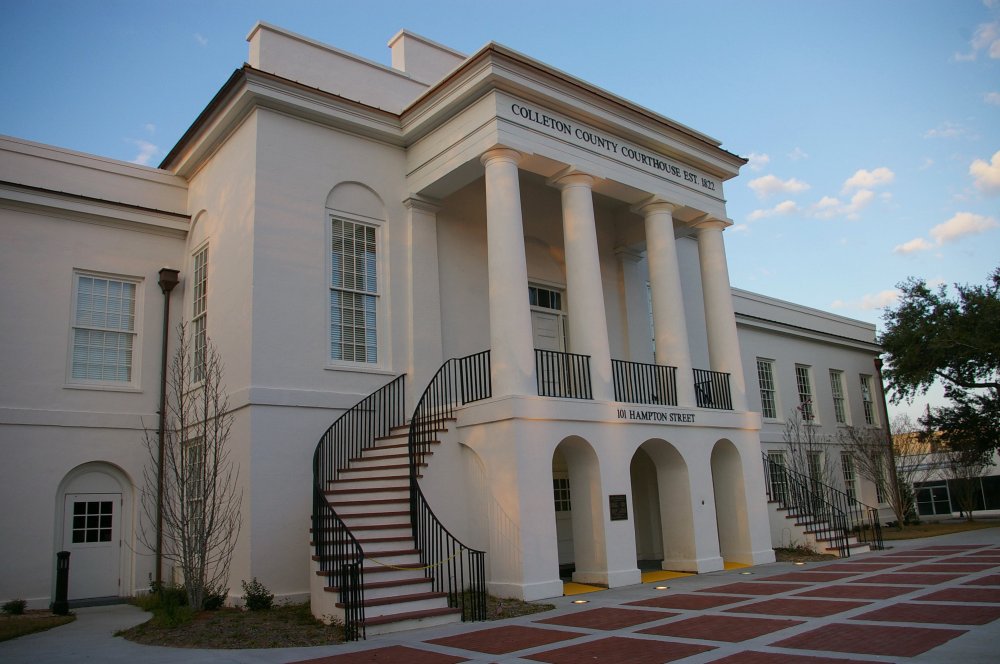 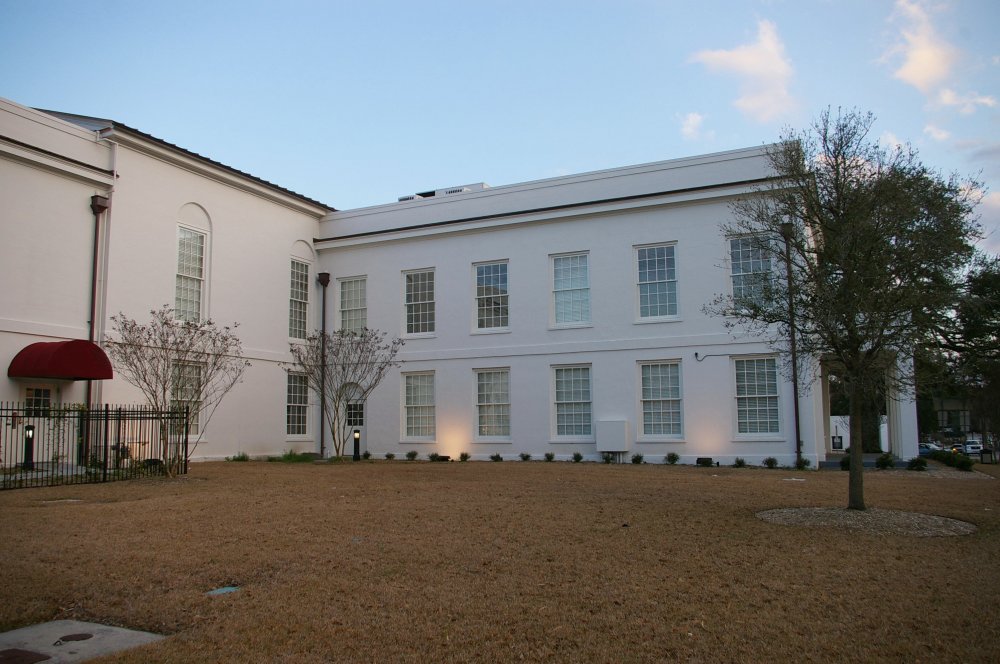 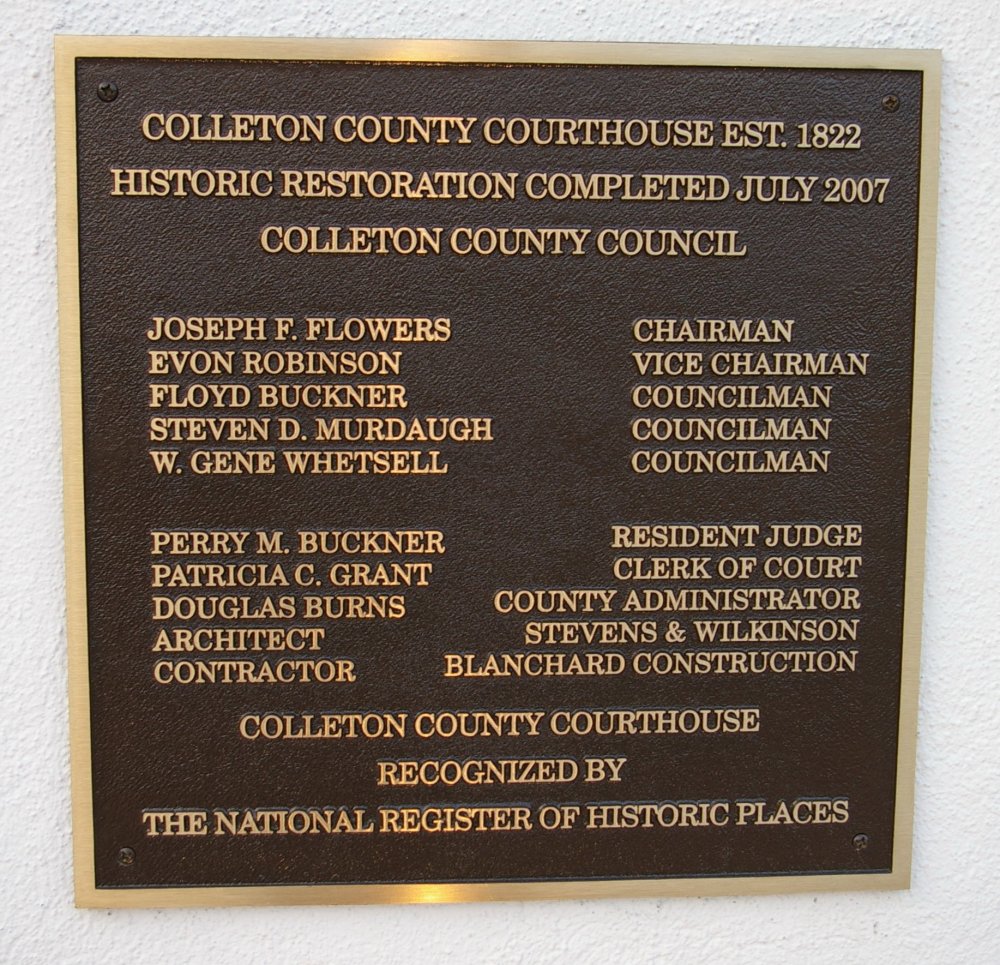