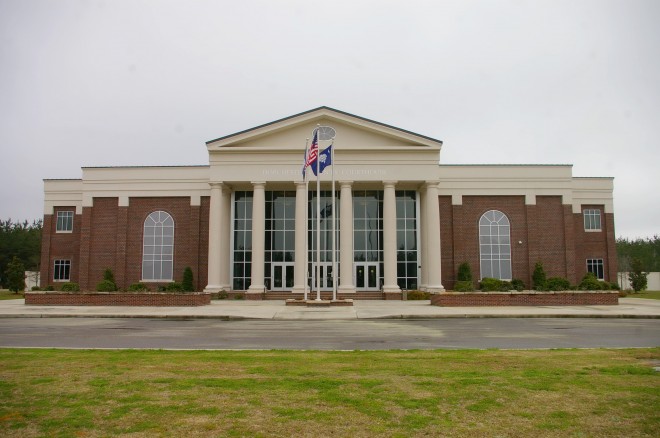 Dorchester County is named for the town of Dorchester in Massachusetts.

Description:  The building faces south and is a two story dark red colored brick, glass and concrete structure. The building is located on landscaped grounds on the east side of the center of St. George with a pond on the south side of the building. The south front has a large portico with six columns rising to a wide pediment at the roof line and with recessed glass paneled wall. The large windows are arched. A white colored band runs along the flat roof line. The grounds were designed by Southeastern Design & Development of Summerville. 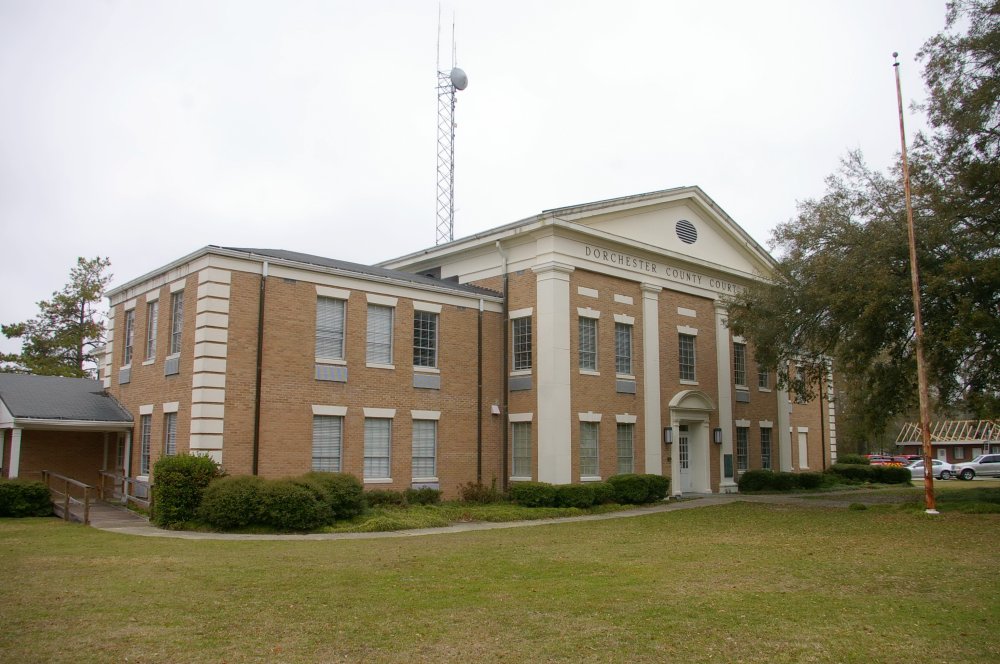 Description:  The building faces east and is a two story buff colored brick and concrete structure. The building is located on landscaped grounds in the center of St. George. The building has the center section protruding and the north and south wings being lower. The front has vertical white square columns rising to a wide band below the eaves. The wings has white colored stone corner pieces.

Note:  The previous courthouse was constructed in 1898 and an addition was designed by Charles C Wilson in 1922. 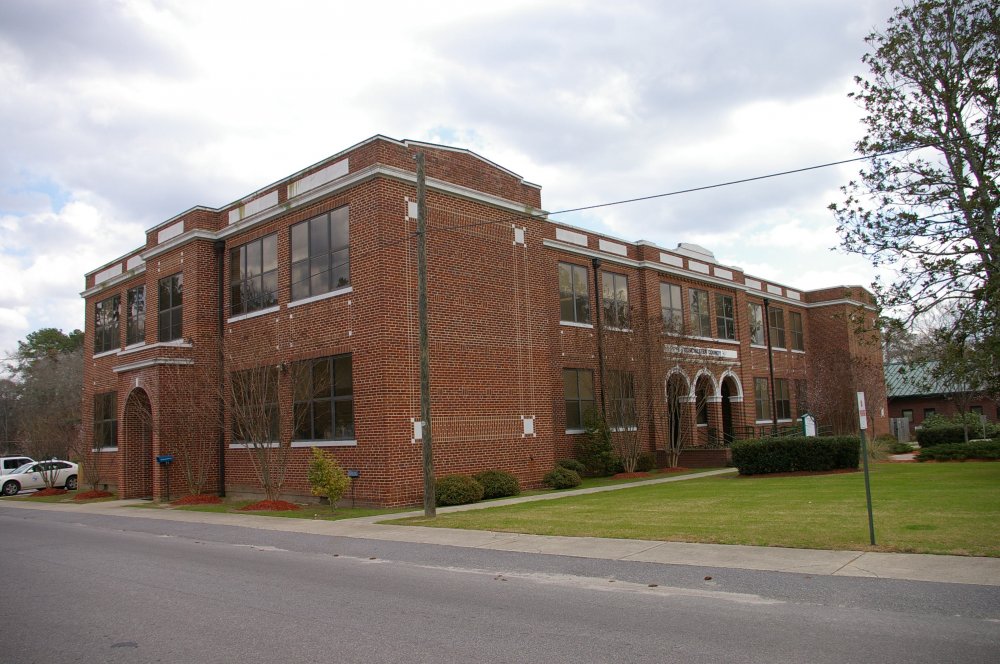 Description:  The building faces west and is a two story red colored brick and concrete structure. The building was constructed as the St. George High School and is located on landscaped grounds in the center of St. George. The east and west wings project from the main section of the building. On the north side is the modern one story complex which was the Sr. George Elementary School constructed in 1972. The architect was James Durrant of James & Matthews of Sumter and the contractor was W E Tulluck, Inc. or Orangeburg. On the north side is the modern Kenneth F Wagoner Service Center constructed in 2001. The architect was John G Dumas of Southeastern Design and Development, In. and the contractor was Martin Engineering Inc.. 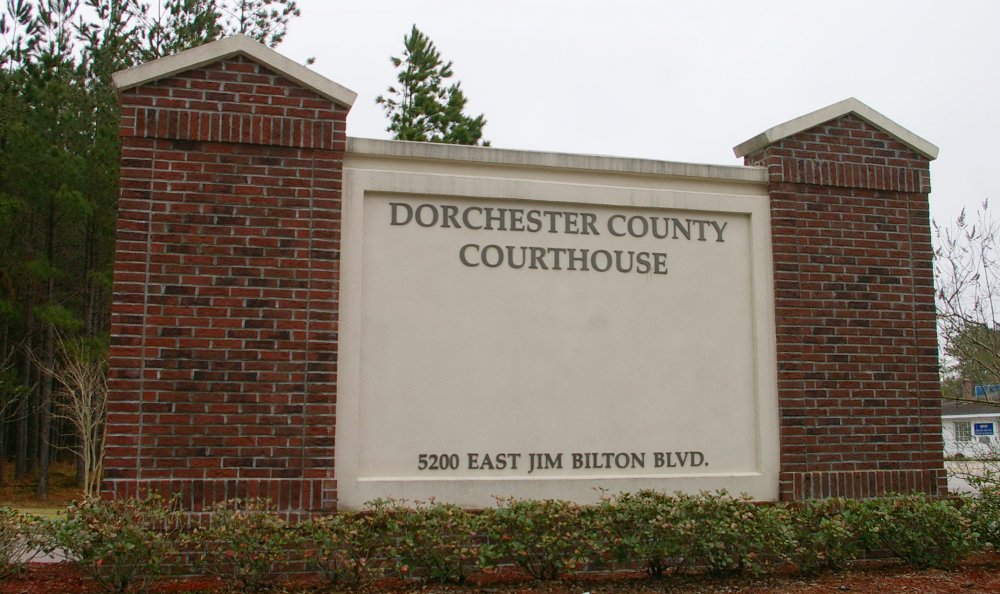 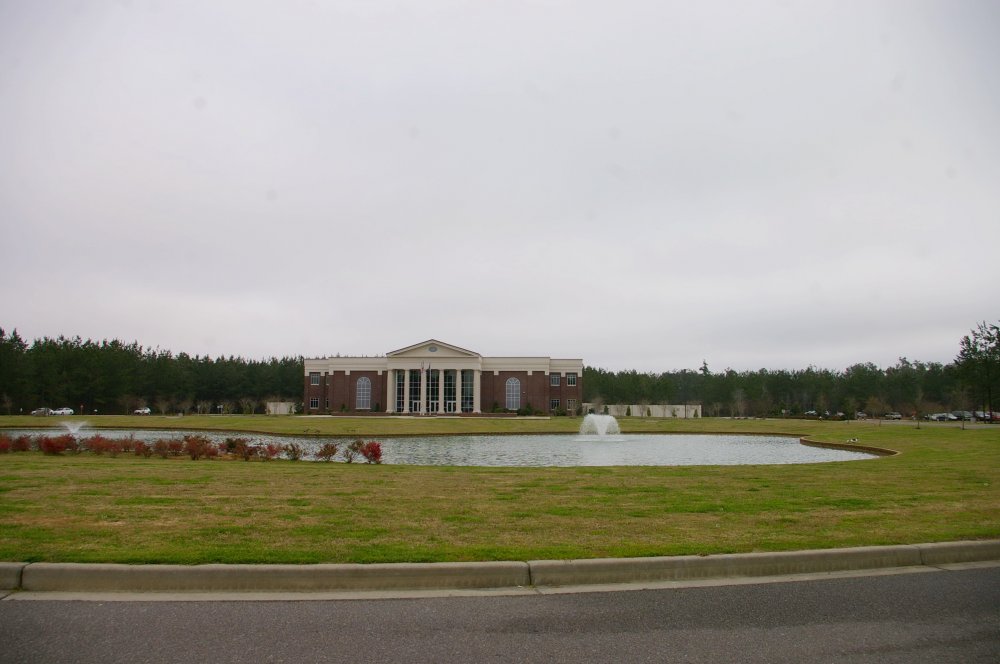 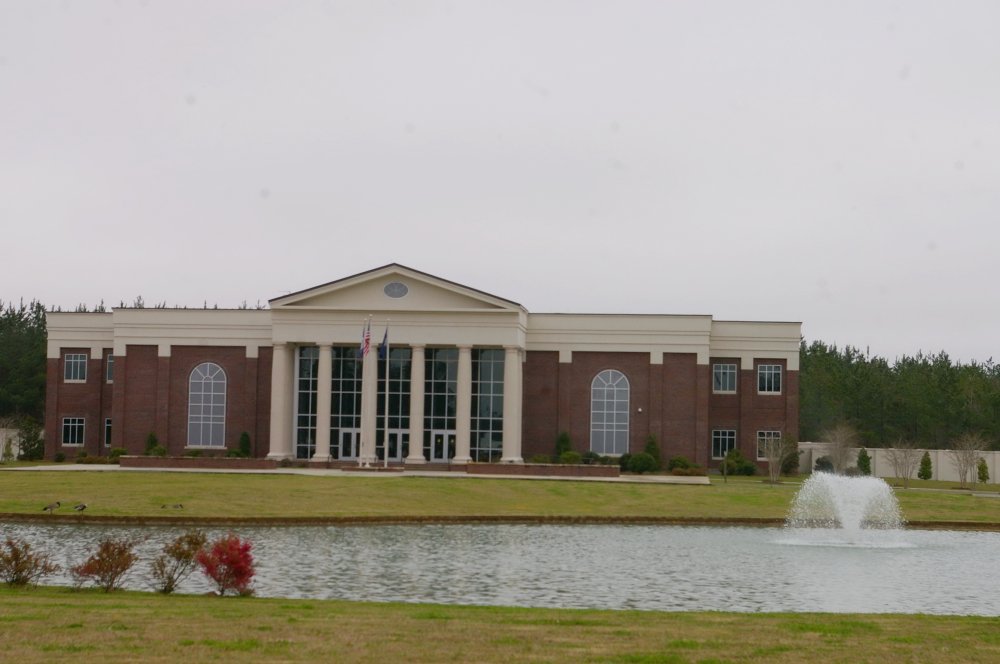 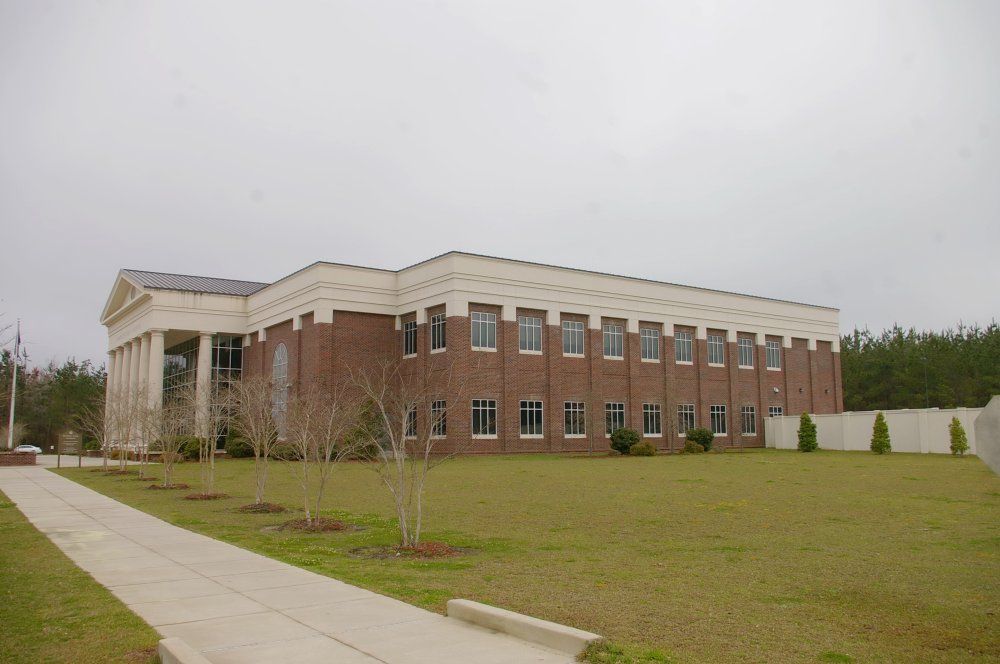 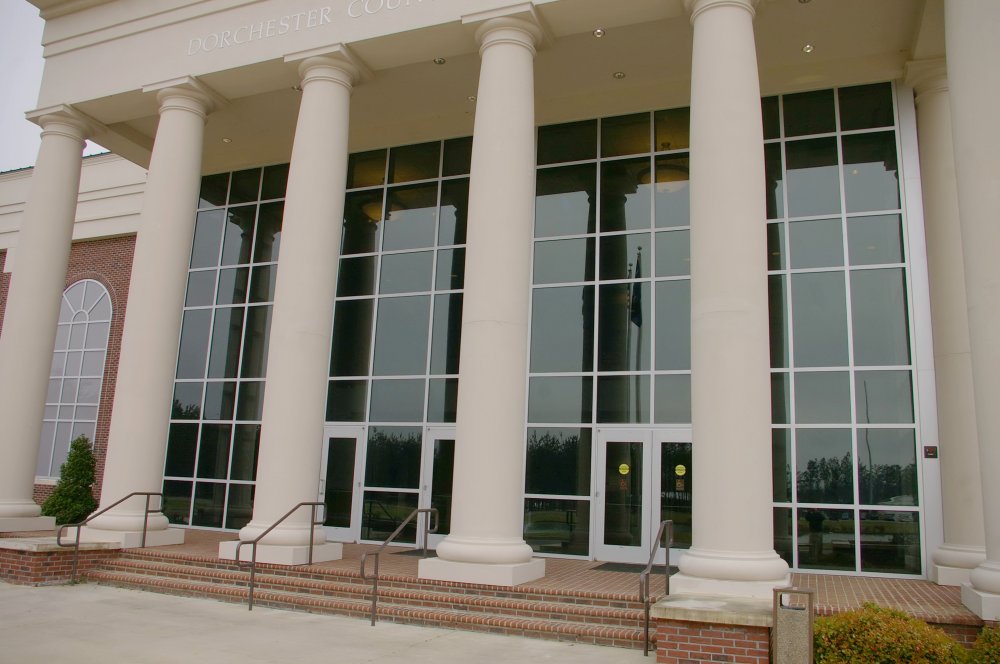 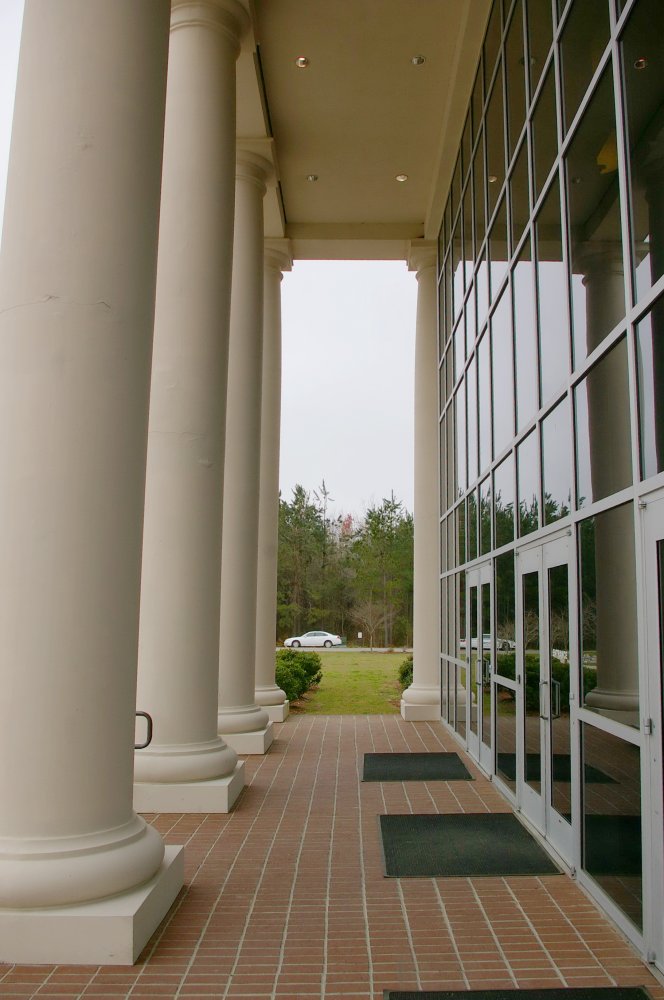 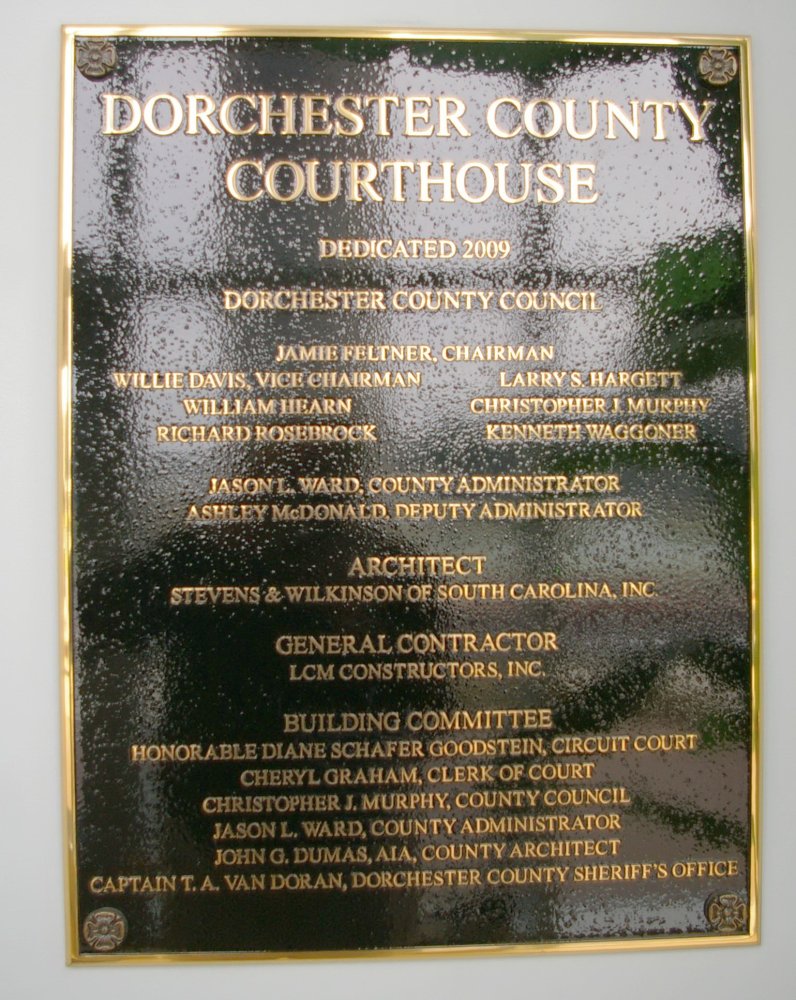 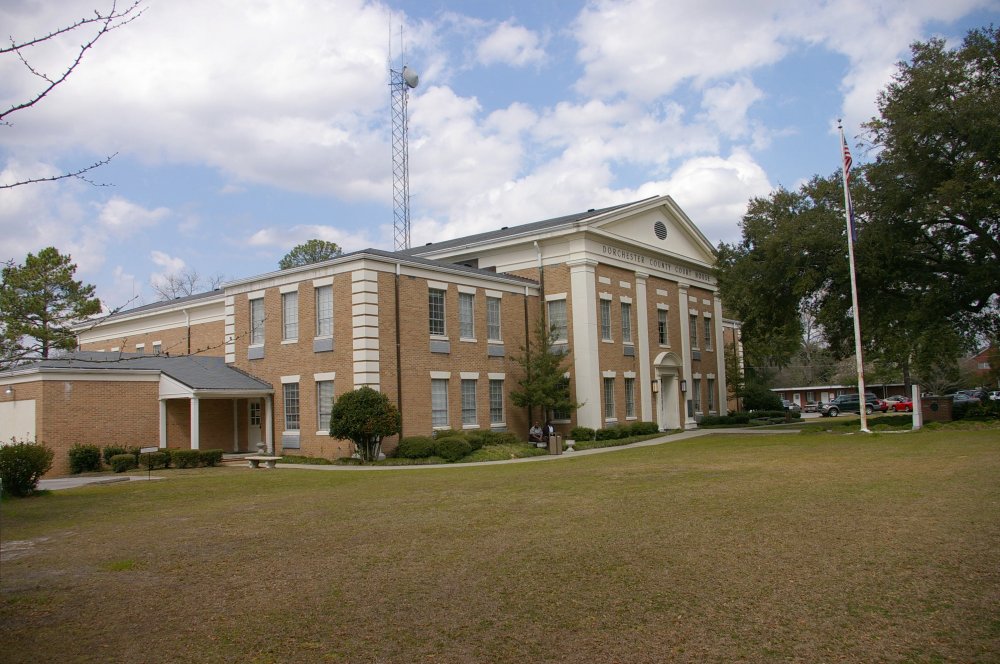