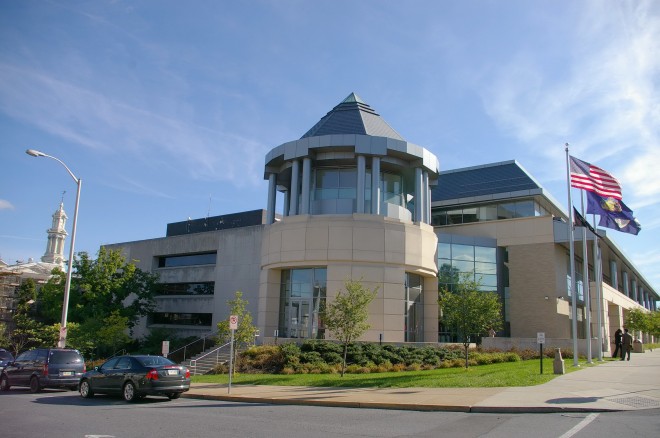 Northampton County is named for the County of Northampton in England.

Description:  The building faces west and is a four story stone, glass and concrete structure. The building faces west and was completed in 2005. The west front has a round tower with stone facing and large glass windows and with pointed roof above. A glass atrium connects to the rectangular main building on the east side. The roof line is flat. Along the northeast side is the triangular Administration Building. 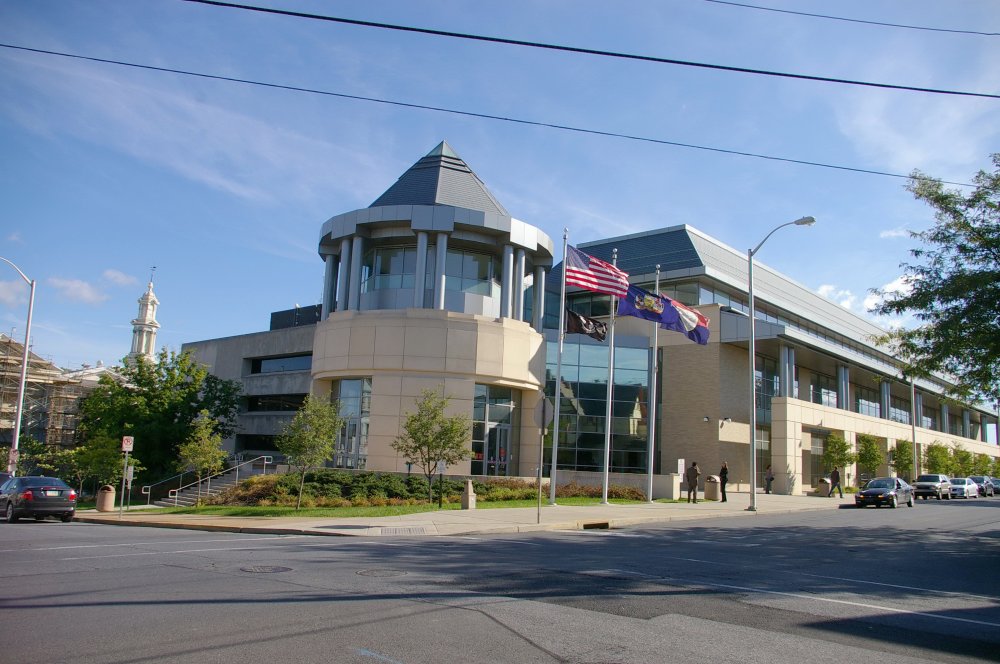 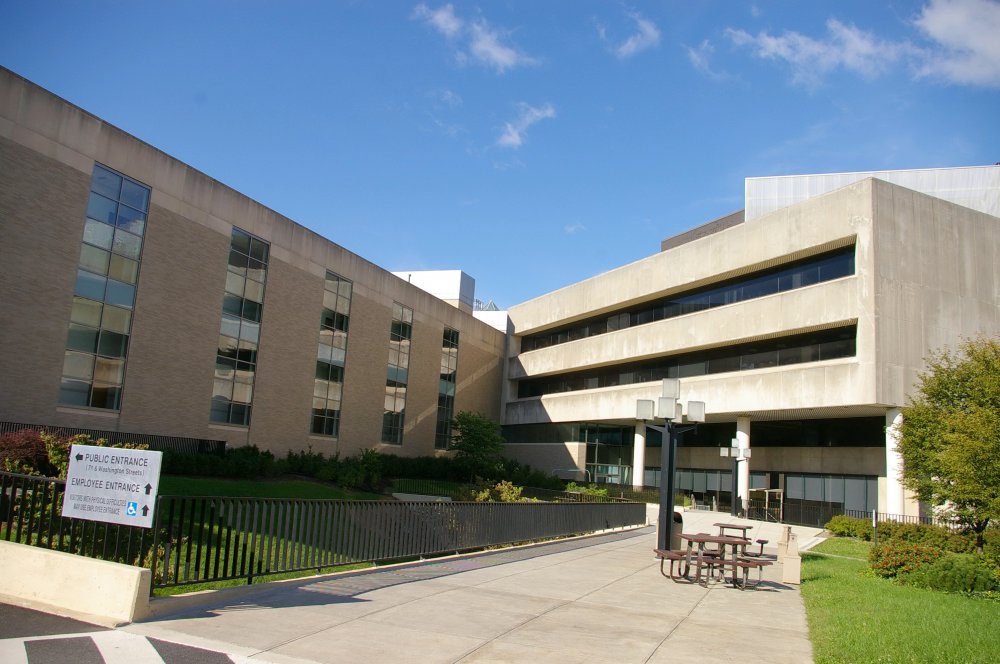 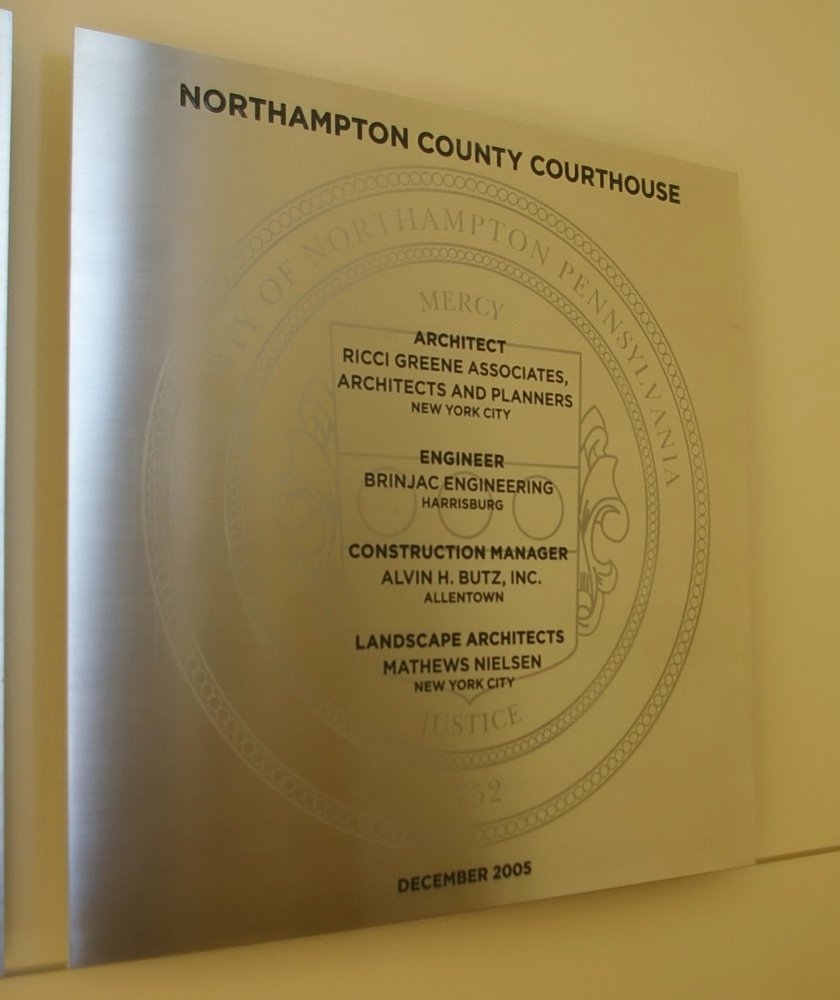 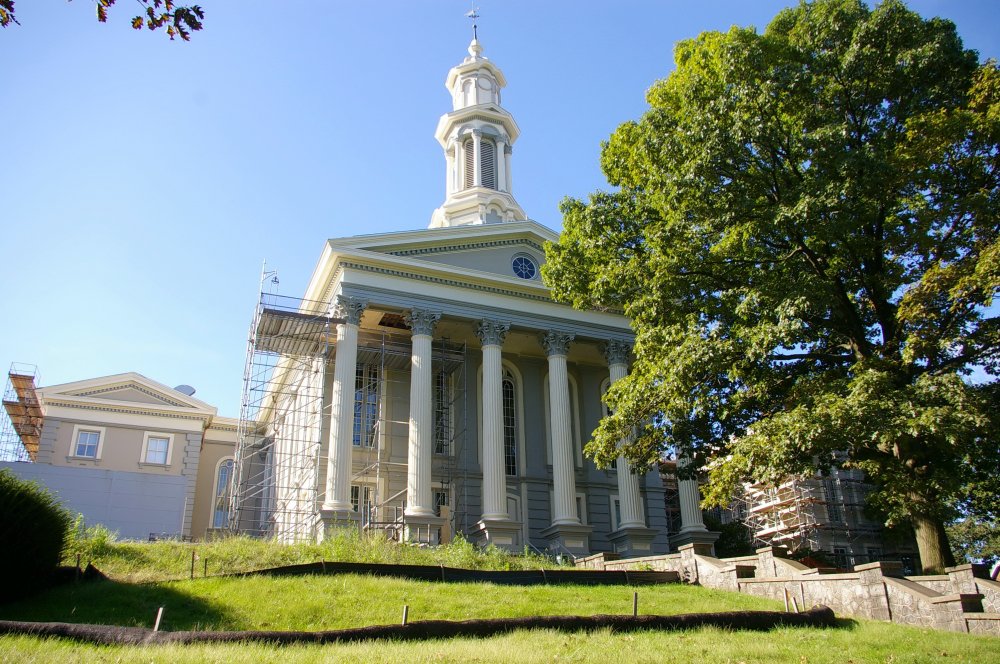 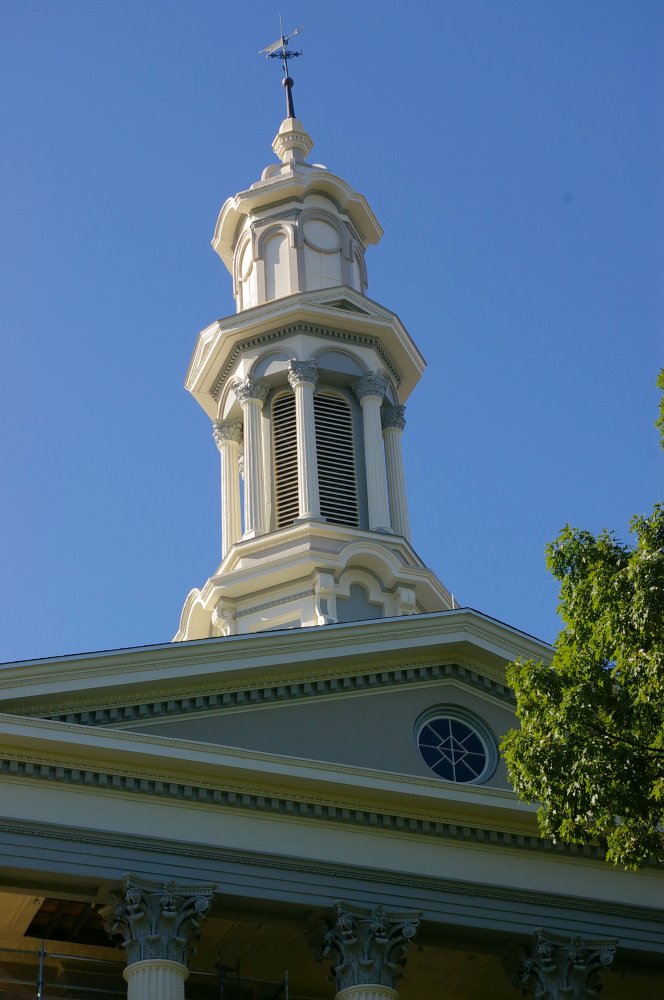 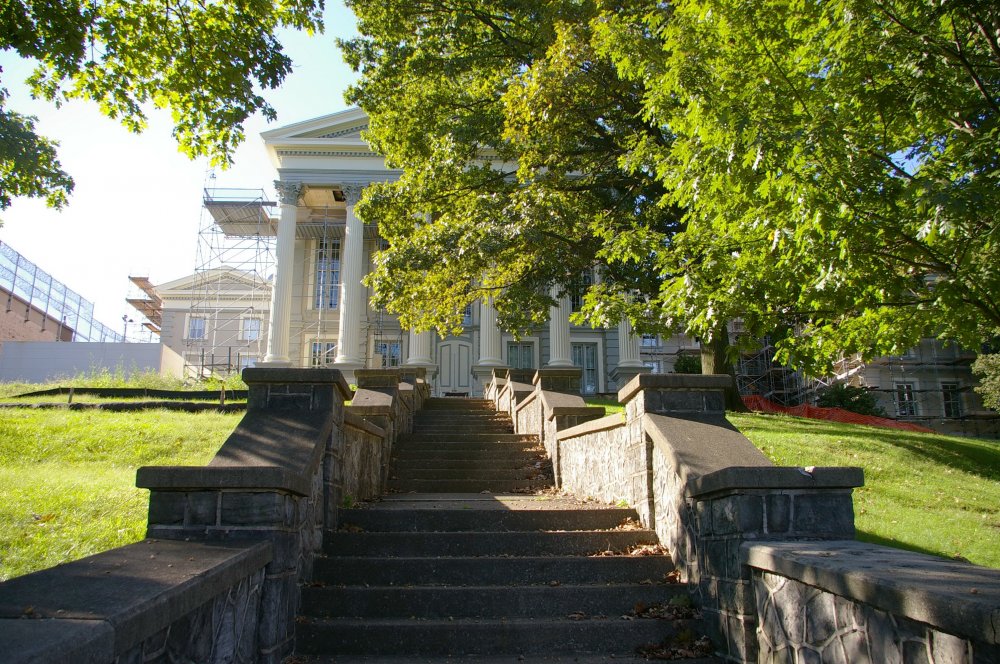