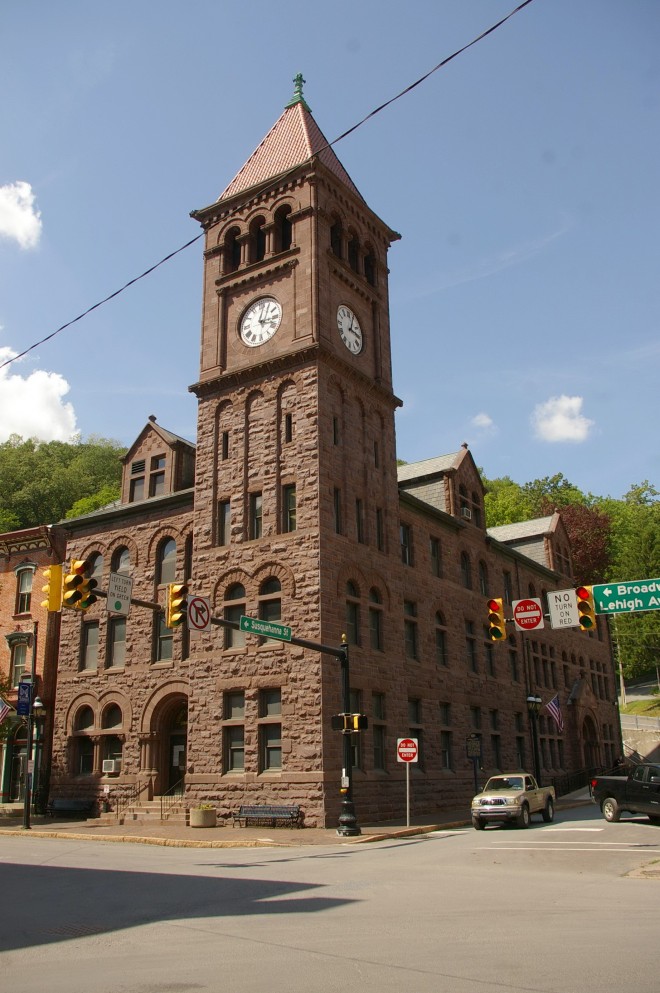 Carbon County is named for the coal found in the region.

Description:  The building faces south and is a two story red-brown colored sandstone structure. On the southeast corner is a four-sided clock which adorns the belfry. French plate illuminated dials, seven feet long, surrounded by ornamental iron frame, provides the time of the day. A 2,122 pound bell, cast in 1844 at McShare’s Bell Foundry of Baltimore, Maryland was installed in the clock tower. Two forty-pound striking hammers tolled the bell. The hipped roof has dormers. An addition was constructed in 1936.

Note:  The first courthouse was housed in the Lehigh Coal and Navigation Company’s “Old Store”. The second courthouse was designed by John Root and built by Blay & Root in 1850. The cost of construction of the present courthouse was $125,000. 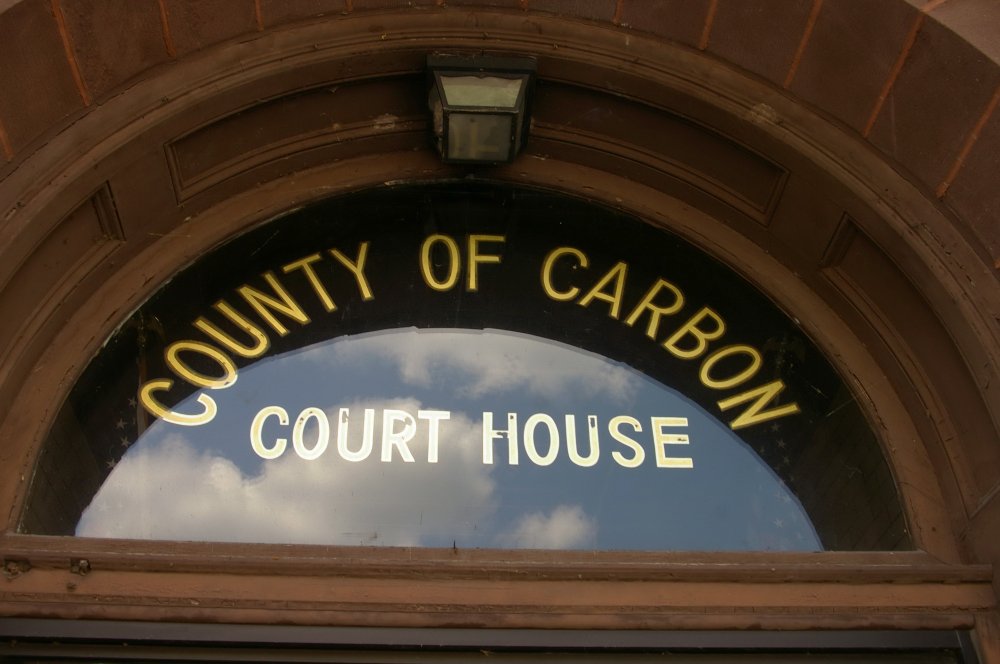 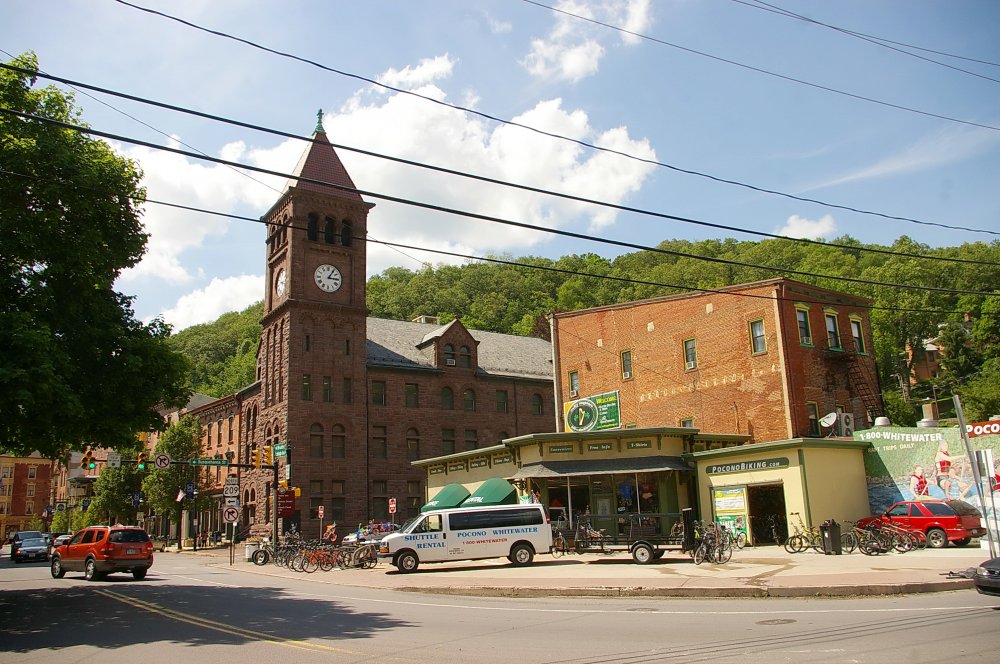 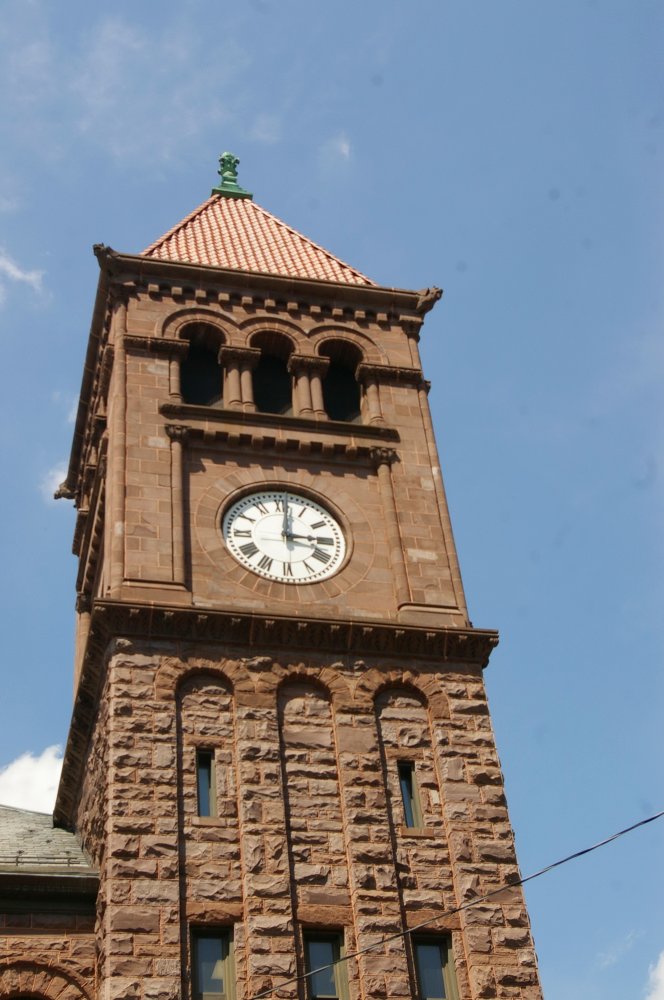 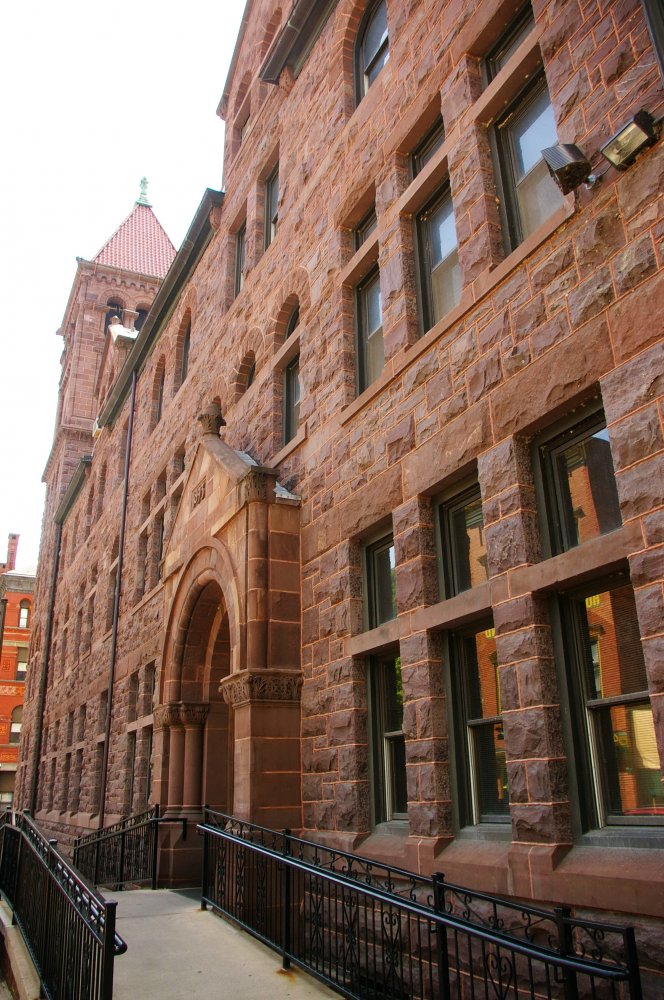 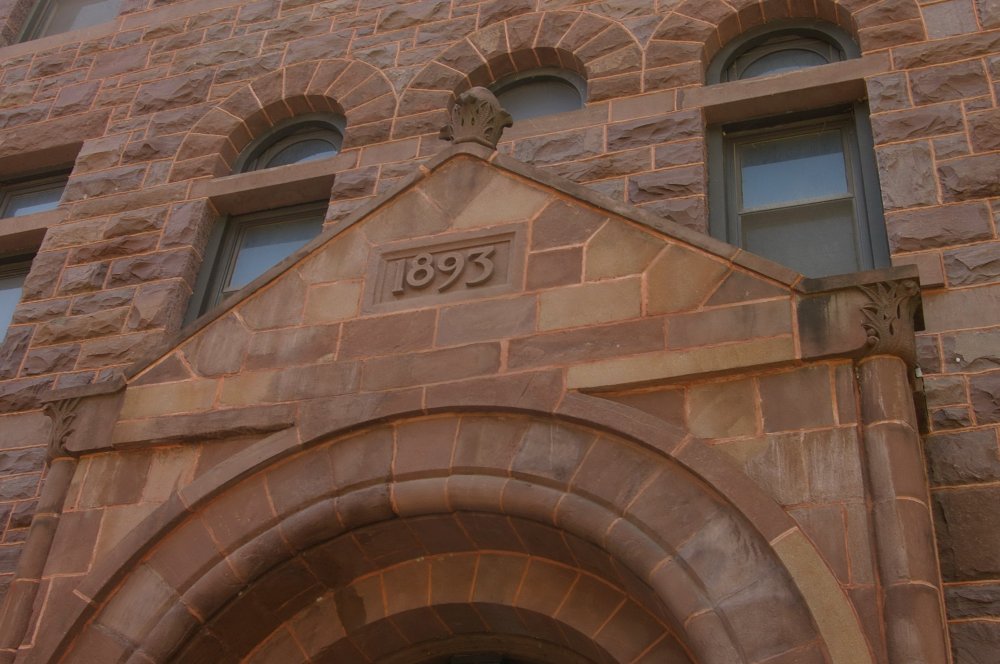 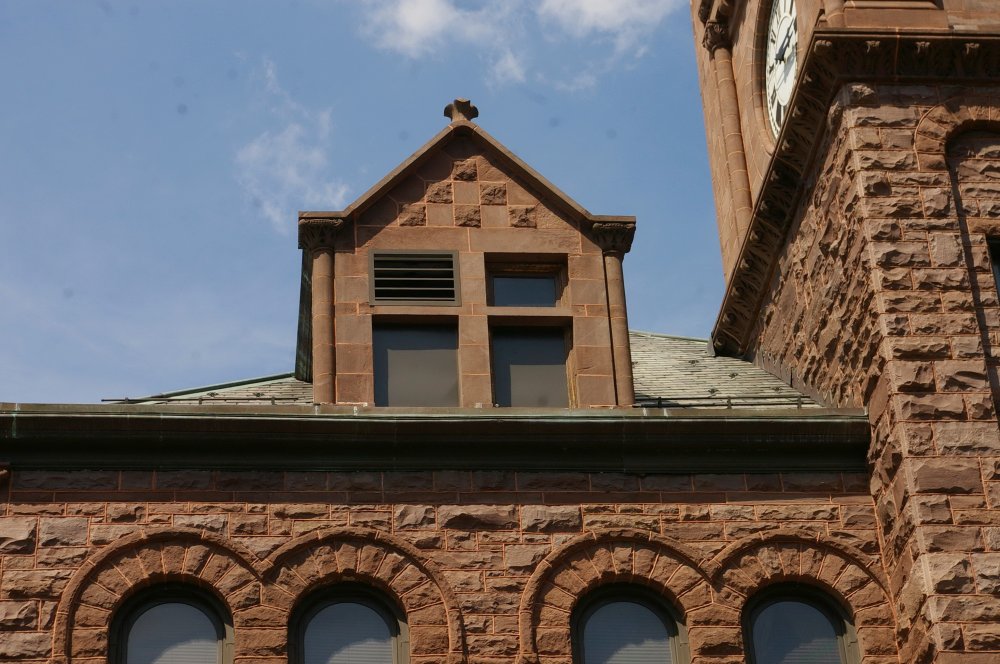 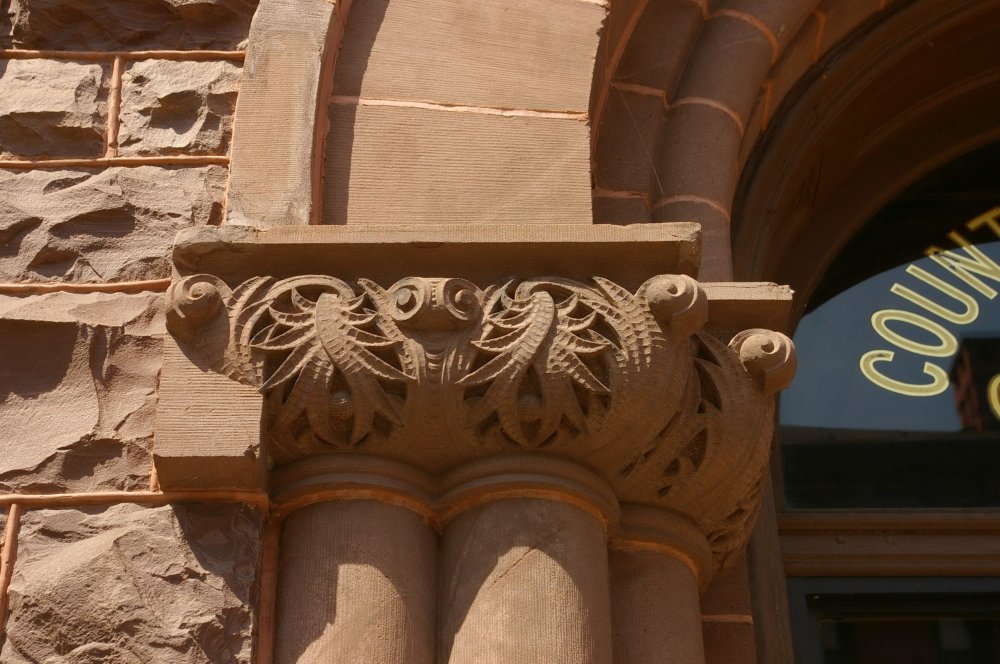 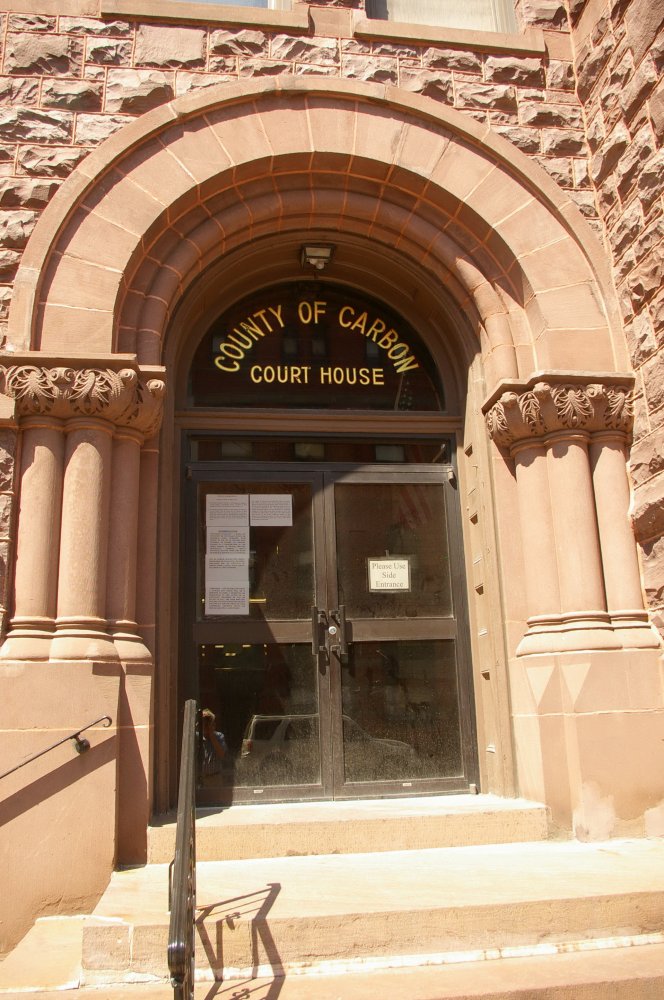 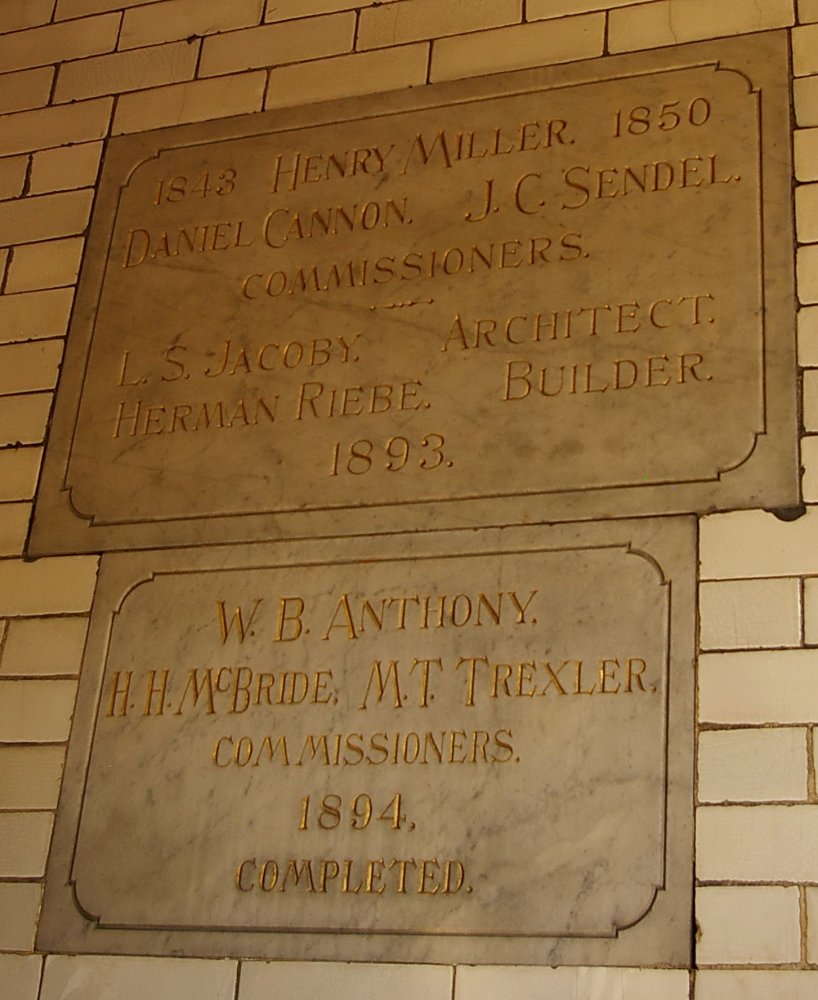 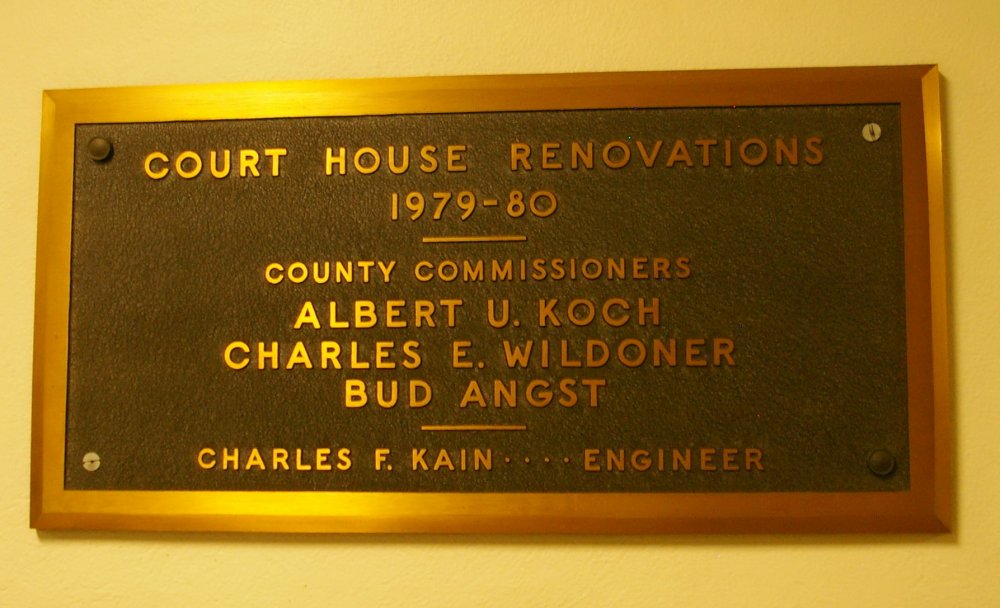 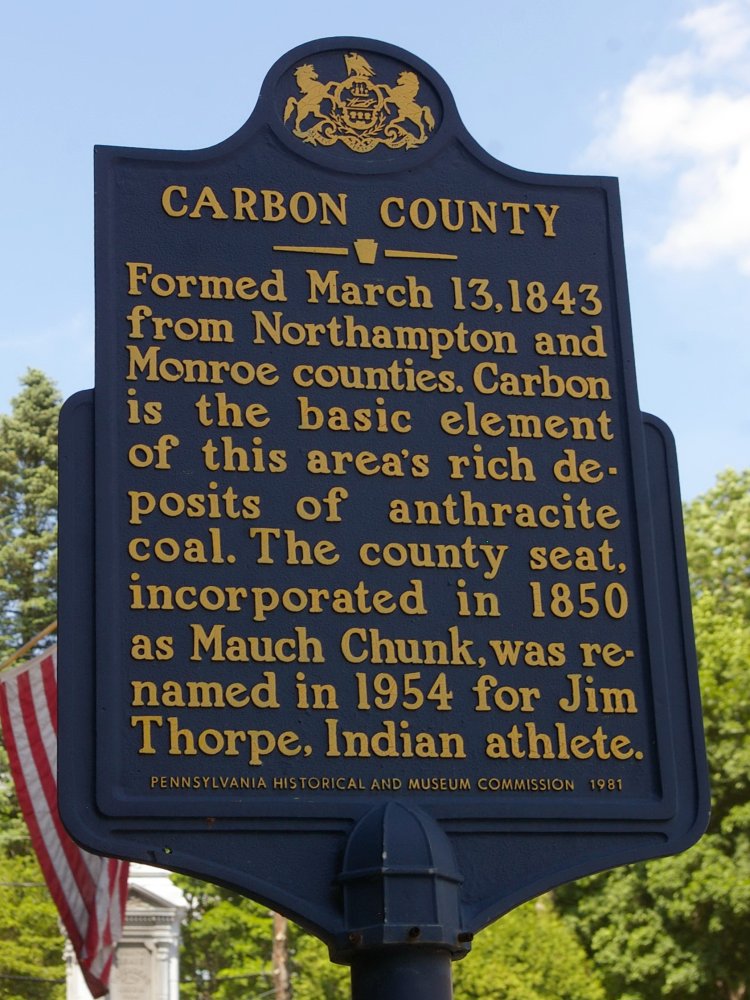