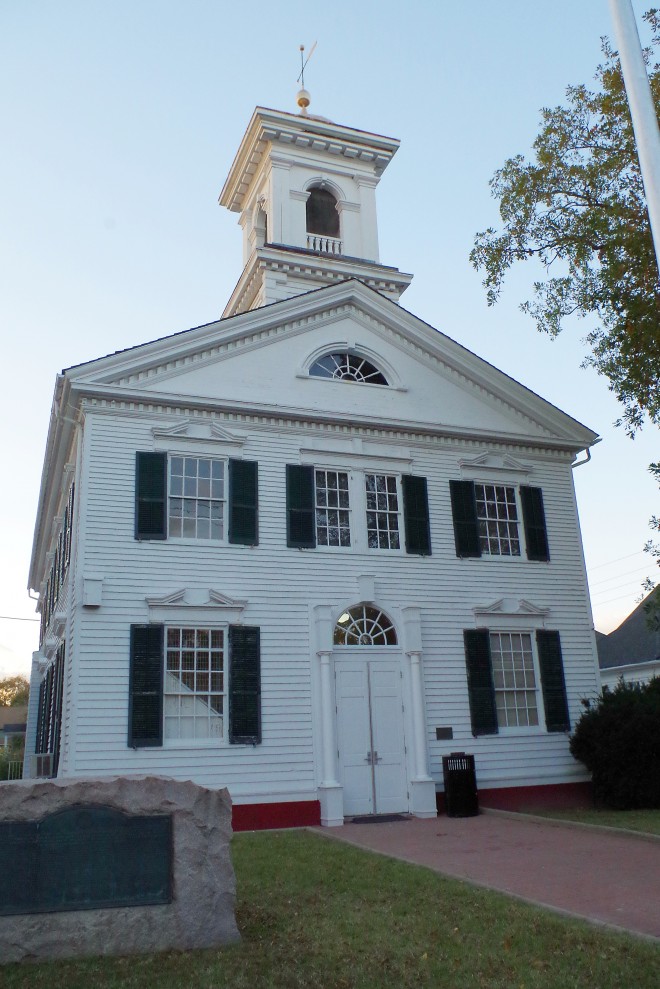 Cape May County is named for Cornelius Jacobsen Mey, who was a Dutch explorer who surveyed the Delaware Bay area. 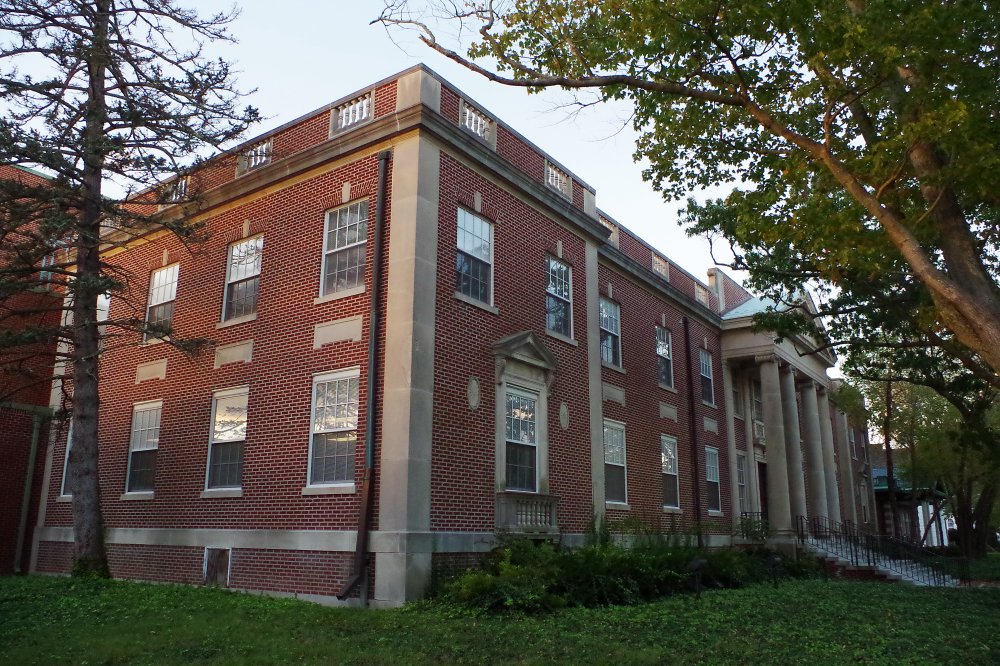 Description:  The building faces east and is a two story red colored brick and concrete structure. The building is located on landscaped grounds. The east front has a large portico with four columns rising to a pediment. The north and south sections project slightly and have vertical pilasters at the corners. The roof line is flat. Along the north part of the front is a projecting red colored brick one story section built in 1865 as the Clerk’s Office. The front has a wide portico supported by four narrow columns rising to a wide green colored pediment with hipped roof above. On the west side is a modern three story red colored brick addition. On the south side of the courthouse is the red colored brick one story Clerk’s Office constructed in 1975. 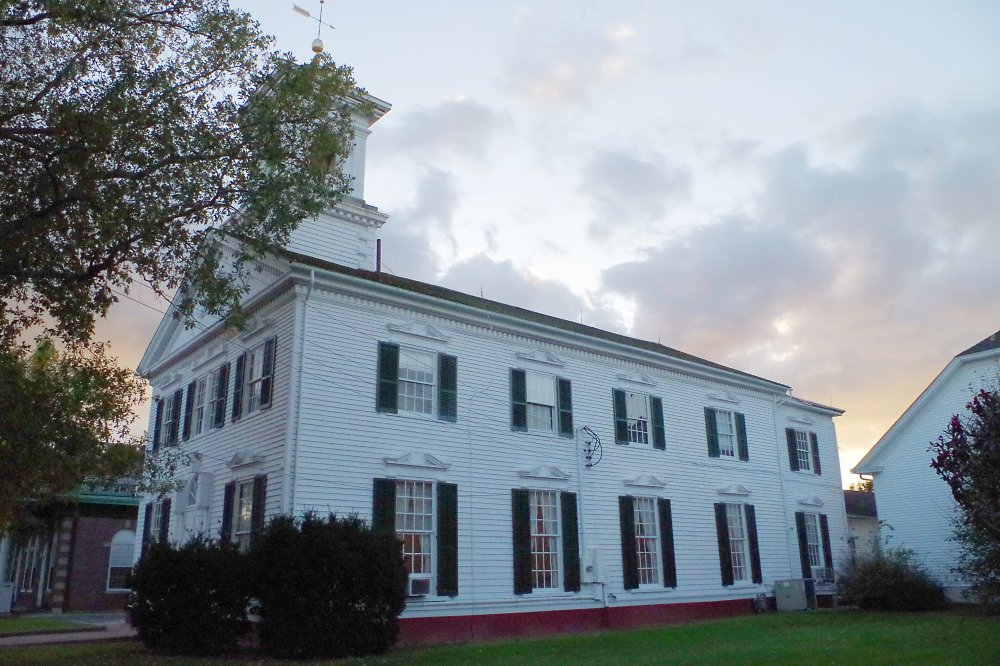 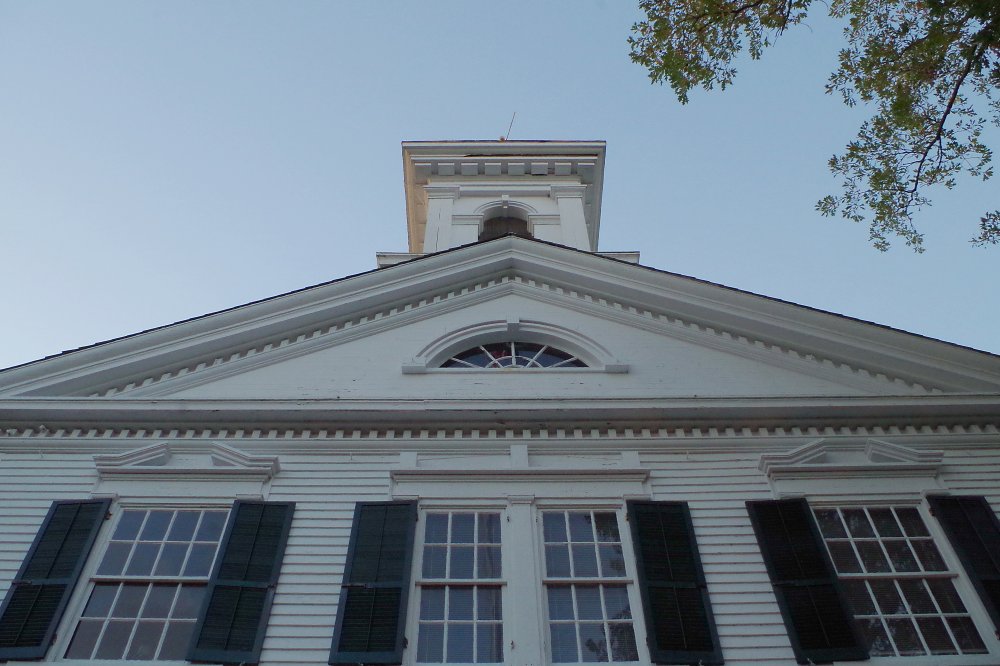 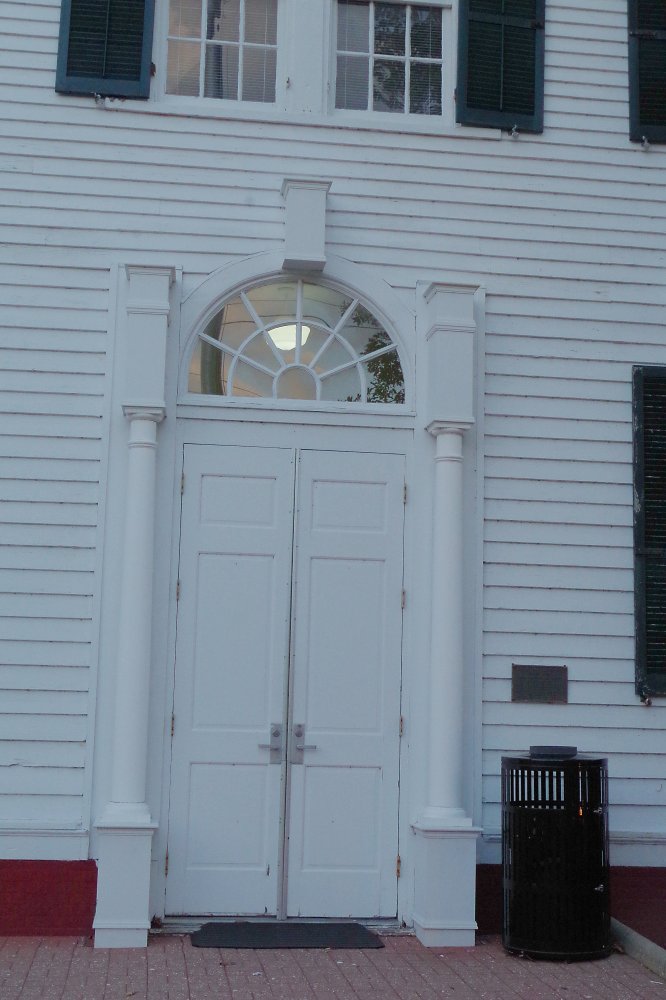 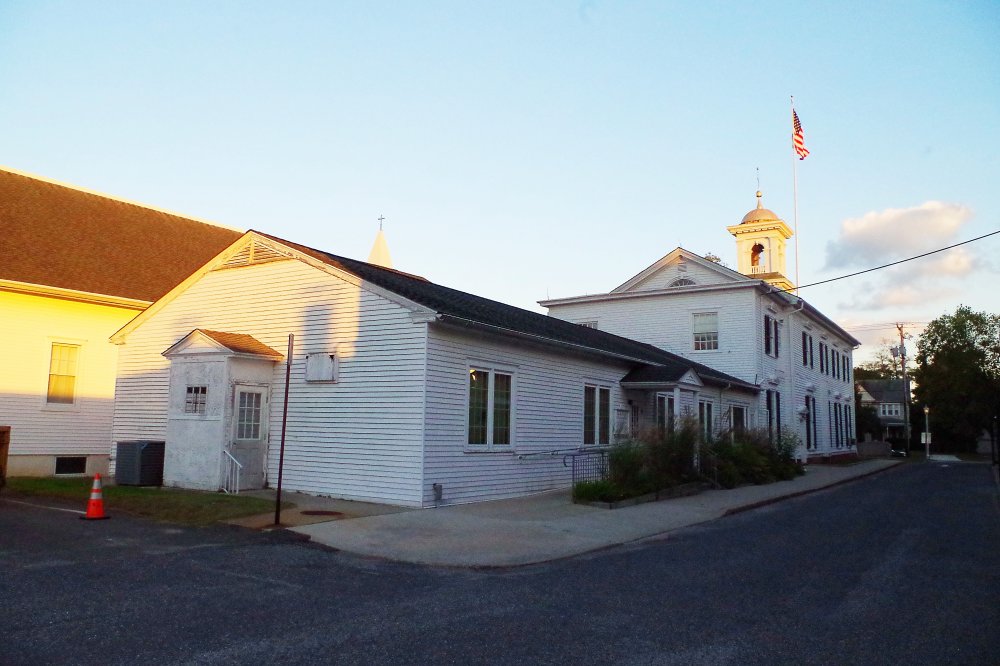