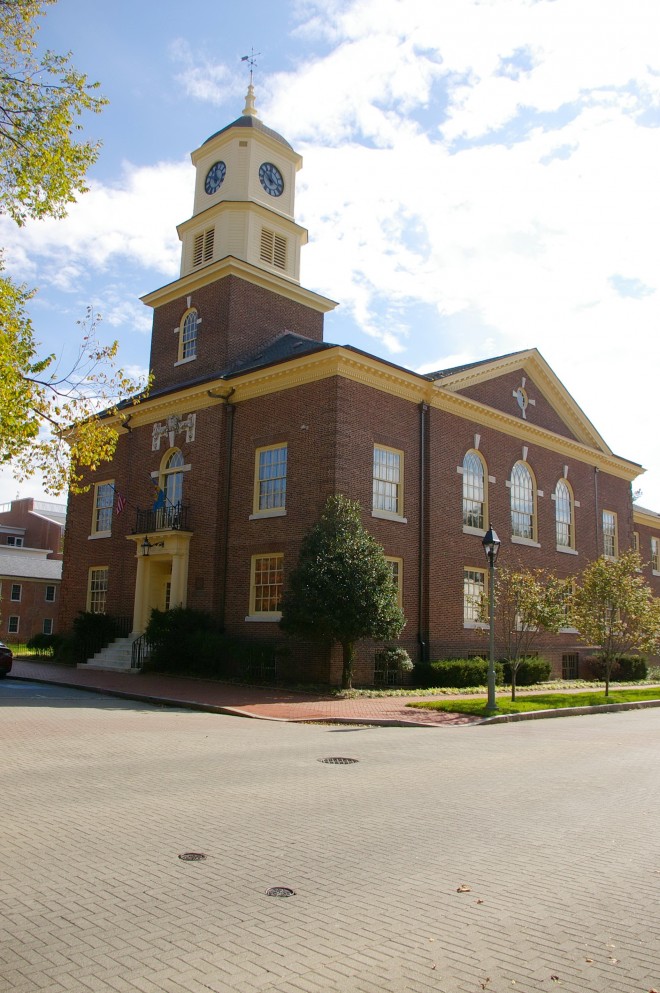 Kent County was named by William Penn for the English County of Kent.

Description:  The building faces north and is a two story red colored brick structure. The north front has a central entrance with two columns on the first story with small balcony above. A high square tiered clock tower rises above the building front. The second story has large arched windows and gables on the east and west sides. On the south side and the east side is a red colored brick addition which is connected by a walkway to the new courthouse. The building was remodeled in 1916. The architect was Wilson Eyre & McLivain. The building was remodeled in 2010 to 2012. The architect was Moeckel Carbonell/Ricci Greene Associates and the contractor was Nason Construction Inc.

Note:  Previously the court met in the Old State House which had been constructed as a courthouse in 1791.

See:  Delaware Supreme Court is located on east side of The Green. 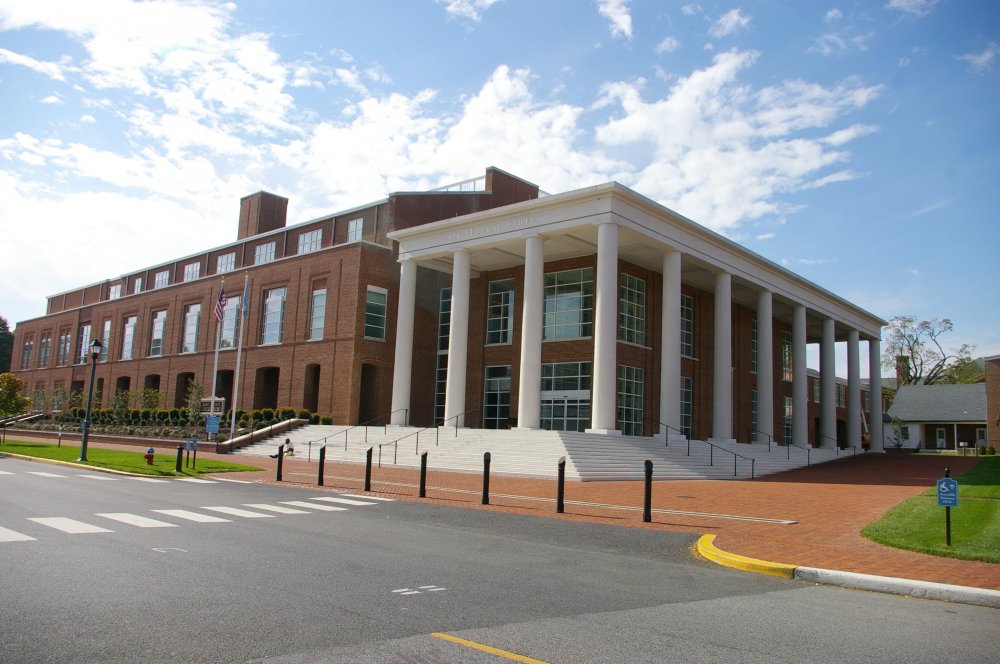 Description:  The building faces north and is a three story red colored brick, glass and concrete structure. The north front has a large porch running across the front with many columns and a recessed glass entrance on the east side. The first story has numerous arches with large windows on the second story. The third story is recessed. The roof line is flat. The building is connected on the west side by a walkway to the old courthouse. The building also houses the Delaware Chancery Court in Kent County.

Note:  The new courthouse sits on the site of the O’Brien Building constructed in 1978 and which building housed the Kent County administration.

Note:  The Family Court is located at 400 Court Street in Dover. 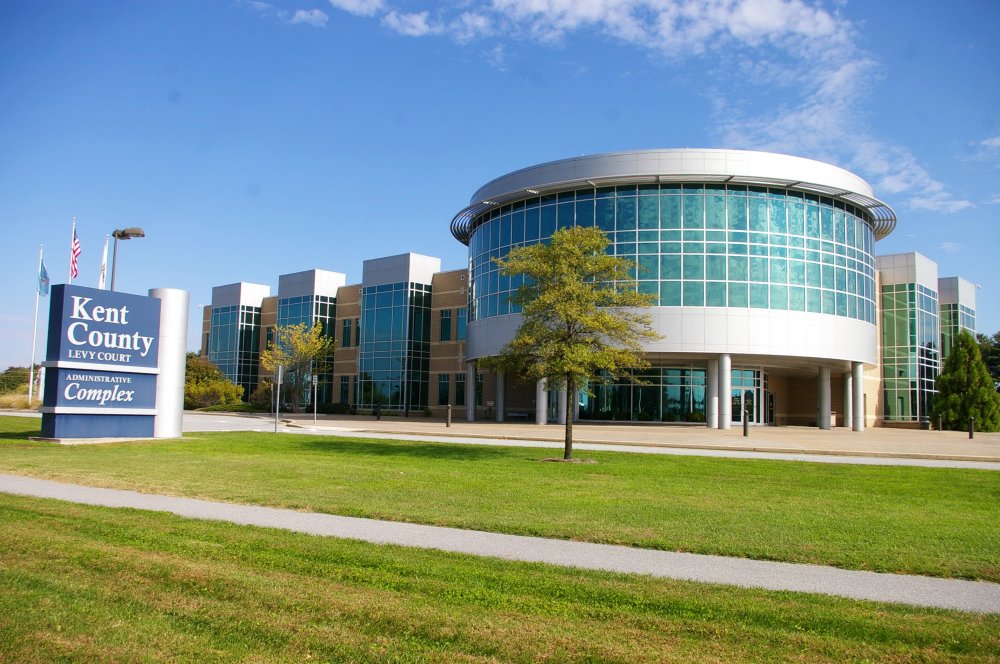 Description:  The building faces west and is a three story concrete and glass structure. The building is located on spacious grounds. The southwest corner has a large circular section with pillars and open first story with glass panel entrance. The building has a series of square projecting glass towers along the west and south sides. The roof line is flat. 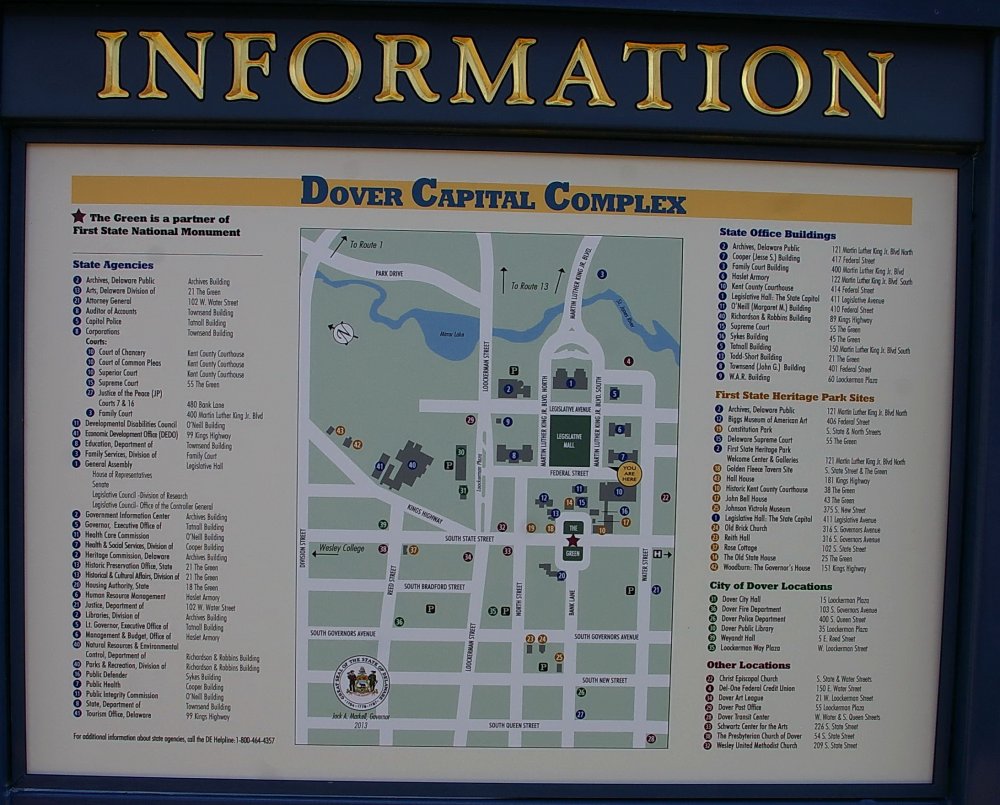 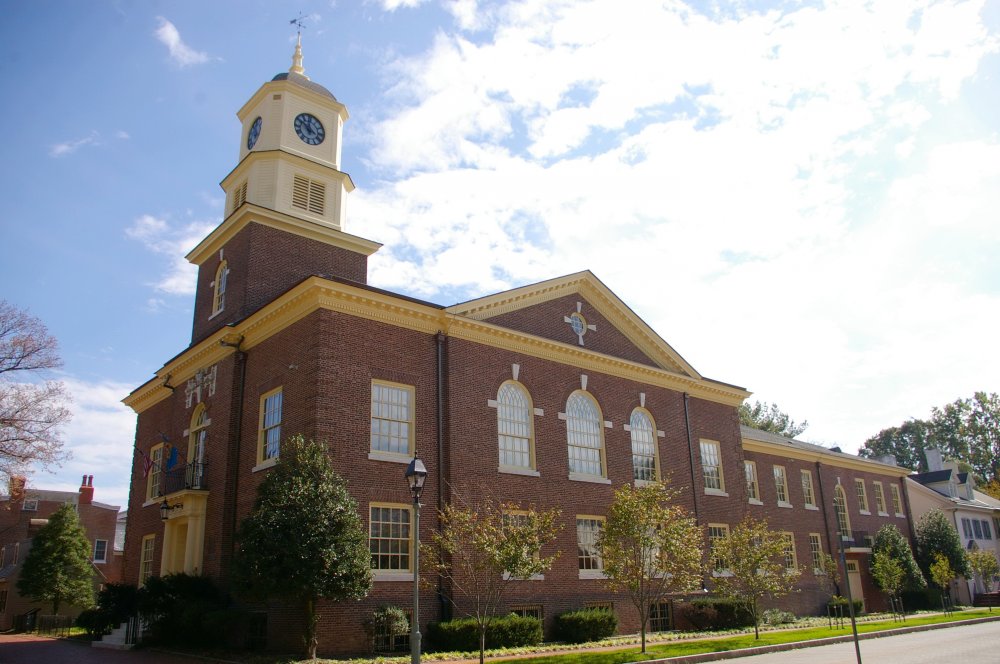 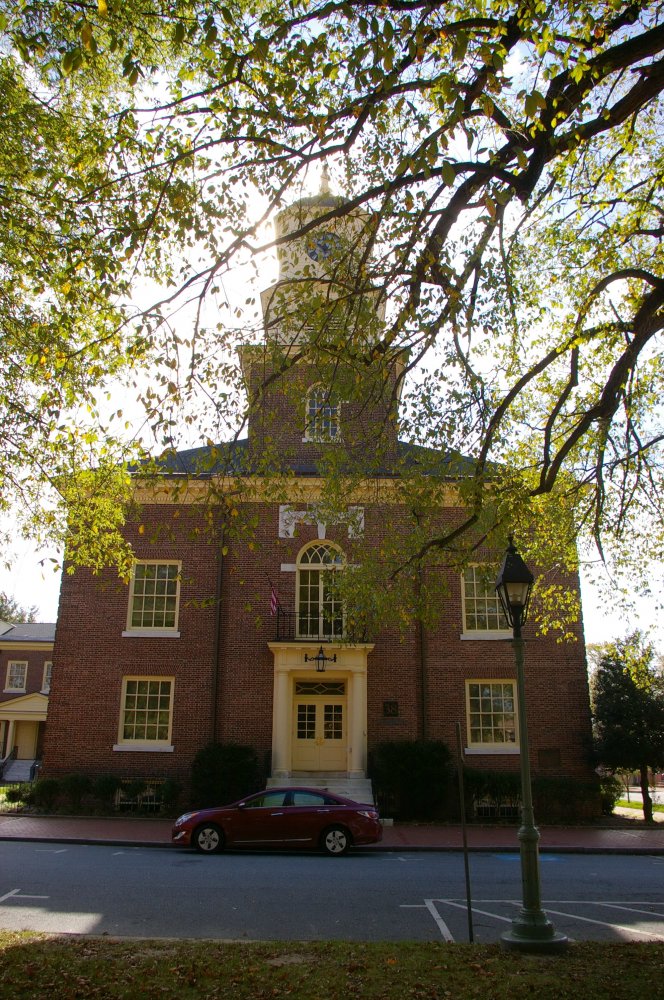 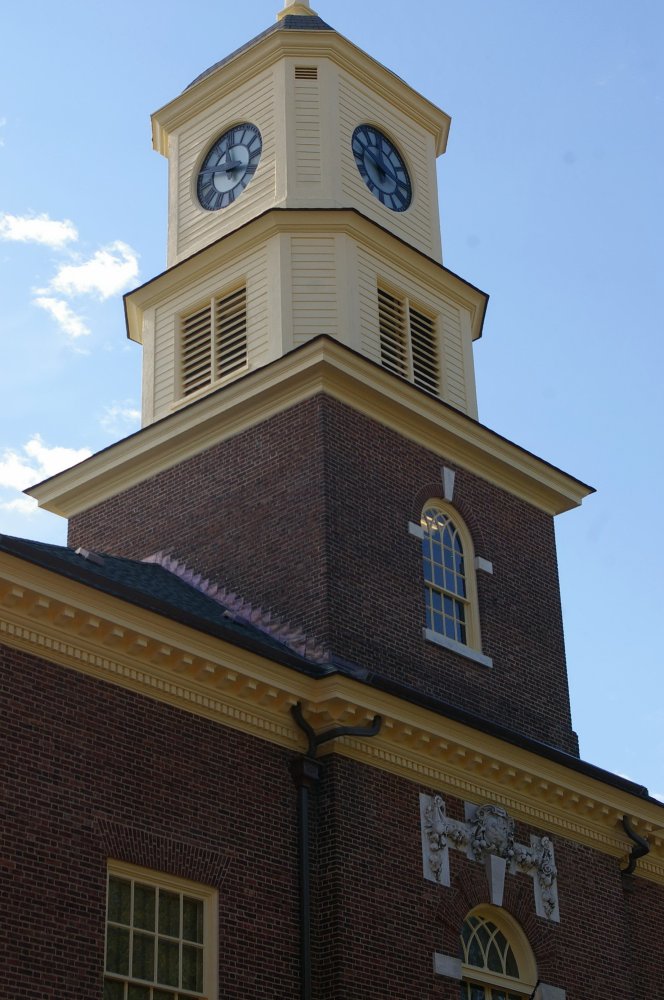 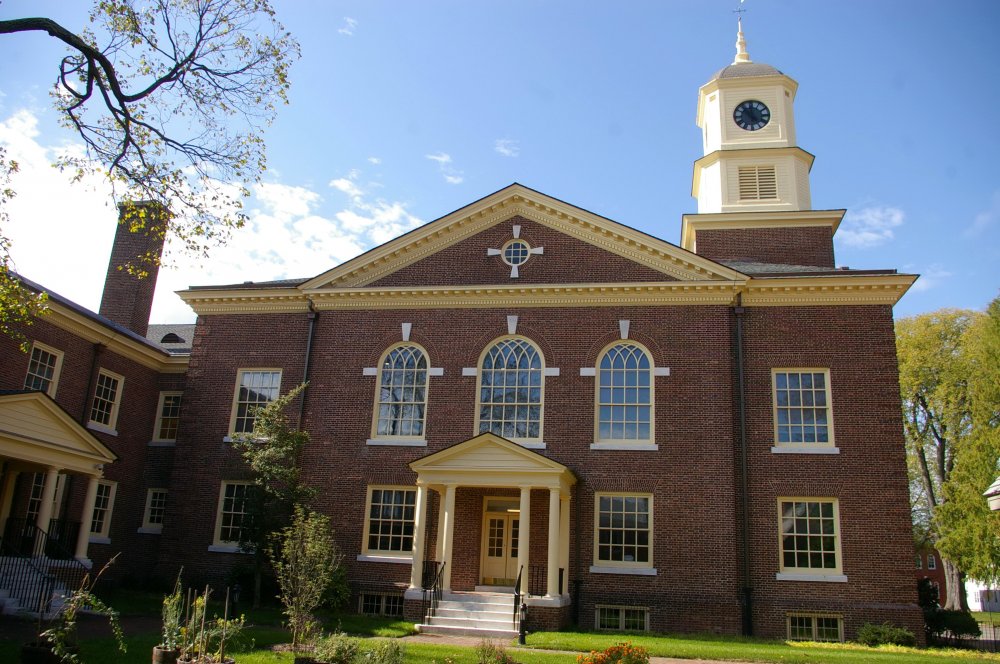 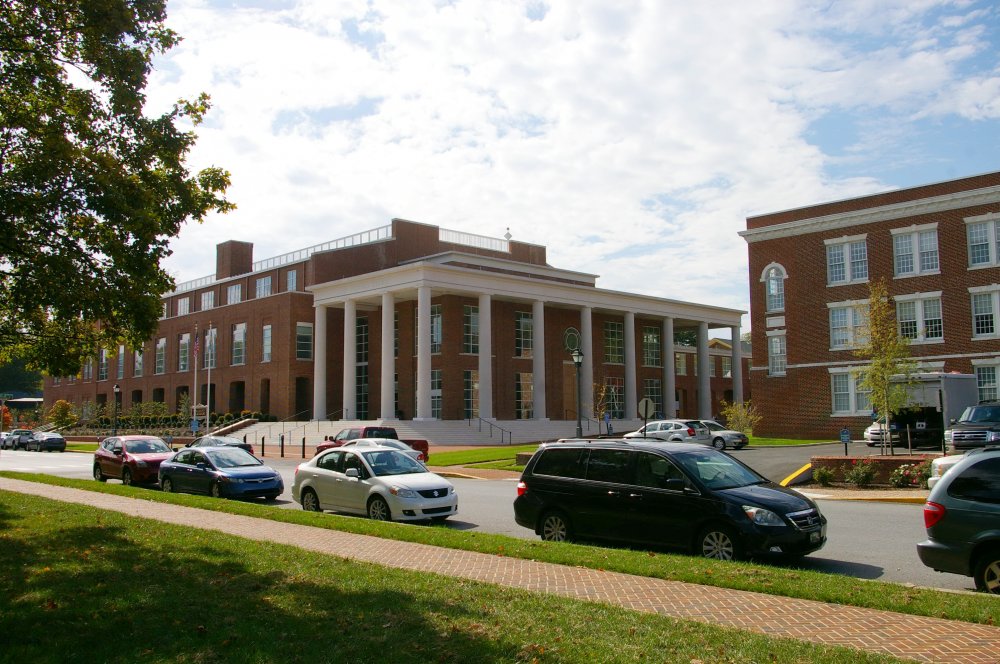 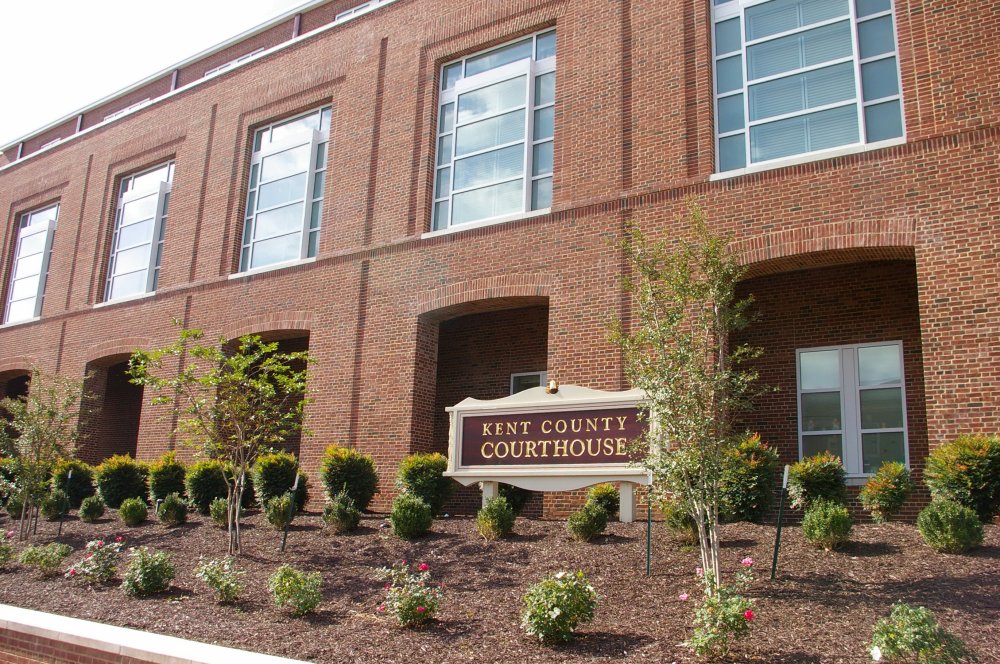 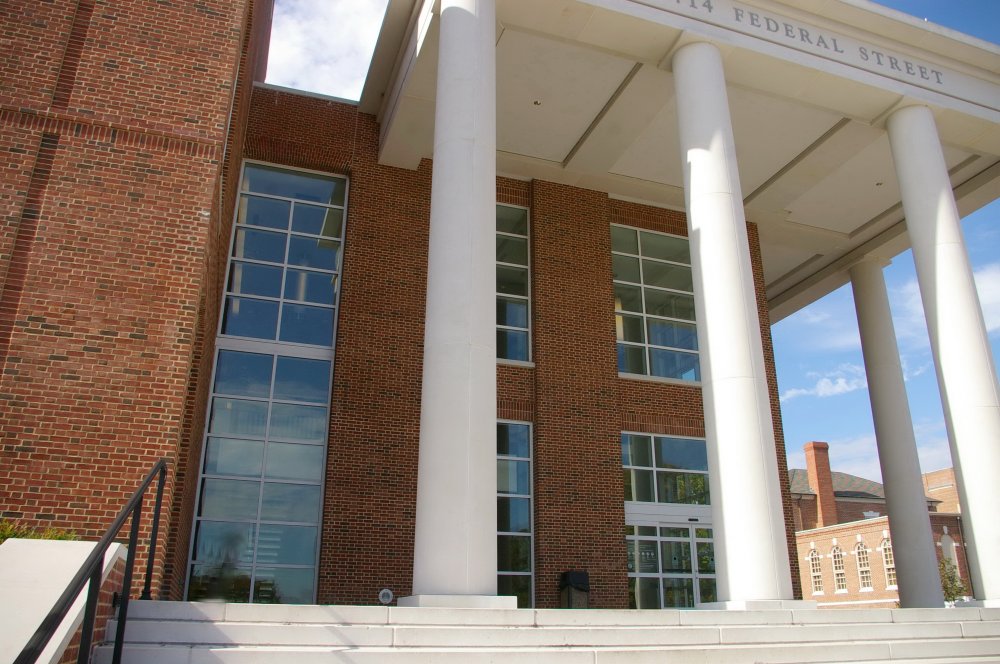