Description:  The building faces west and is a six story white colored stone, glass and concrete structure. The building has a small canopy at the west entrance. On the east side is a large covered entrance. Stone facing is on the north and south walls and windows with blue colored panels on each story on the east and west sides. The building is named as the Michael E Koza Hall of Justice.  In 2001, a new entrance was constructed. The architect was Hooker De Jong Architects and the contractor was Clifford Buck Construction. 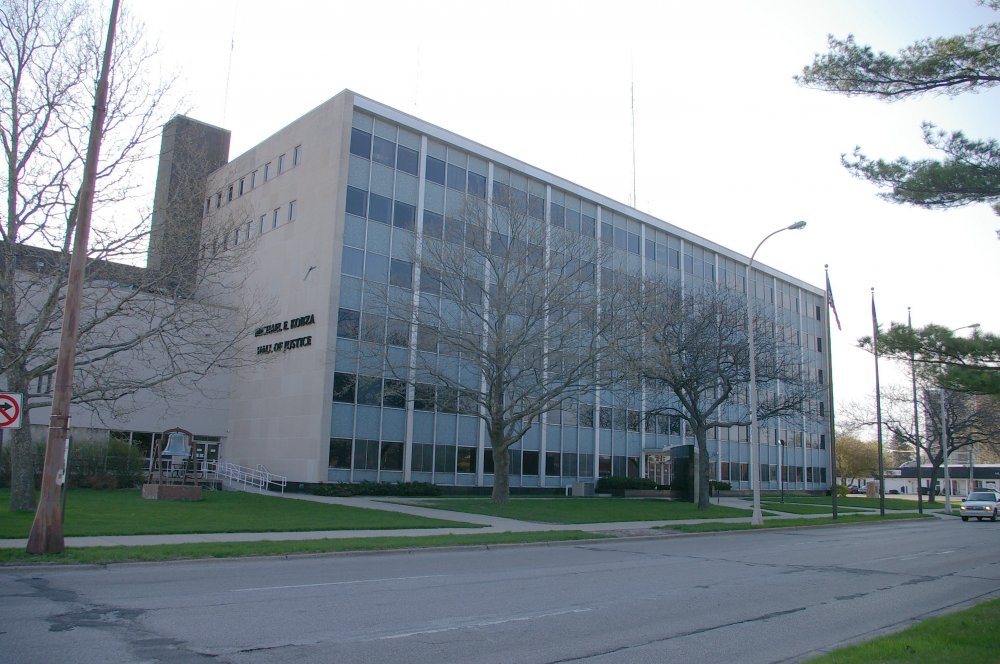 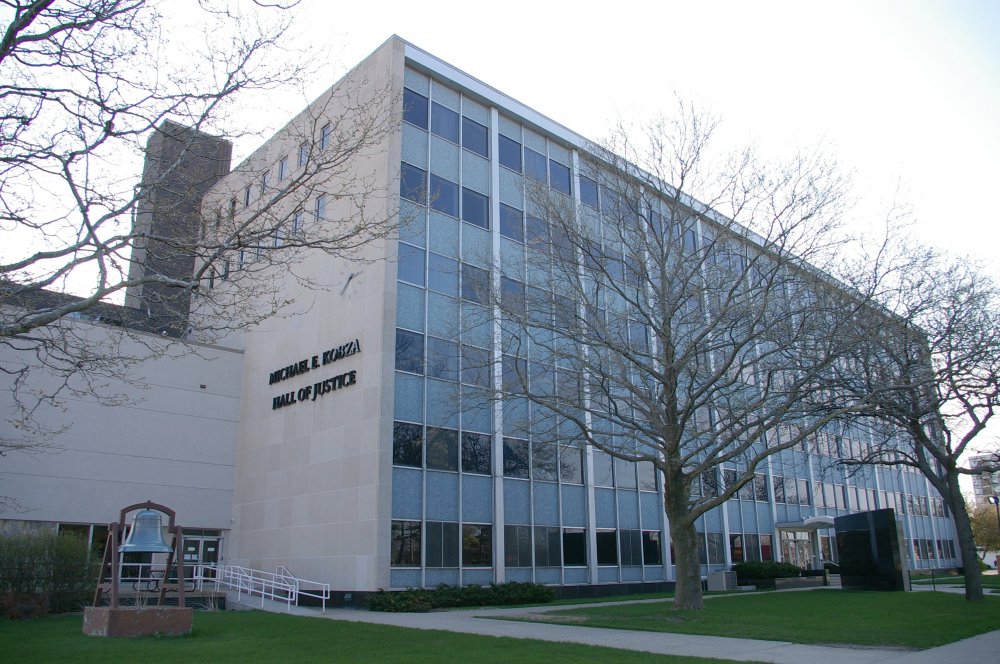 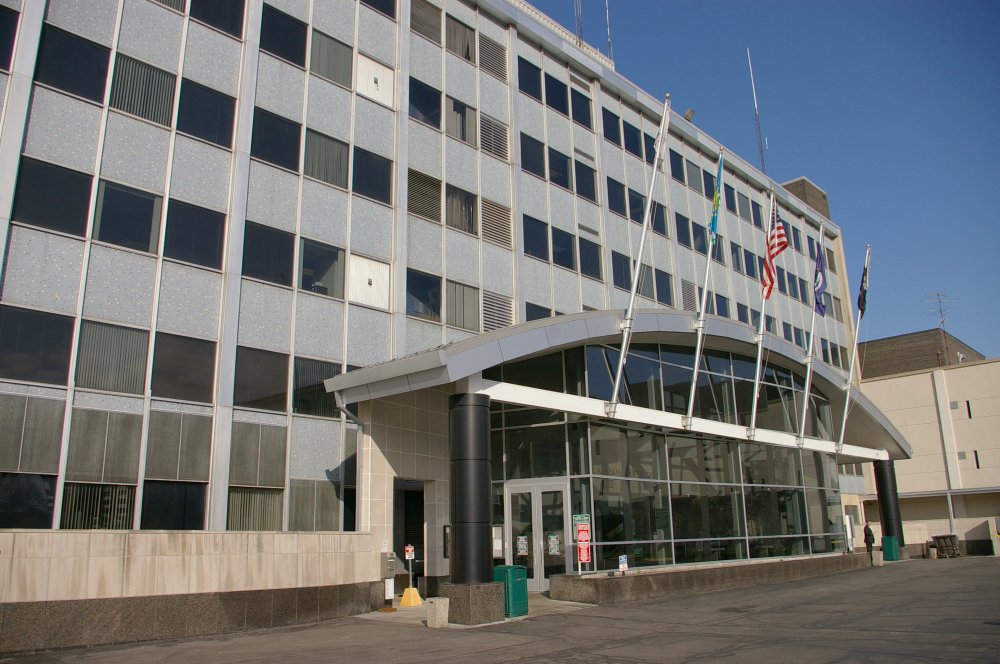 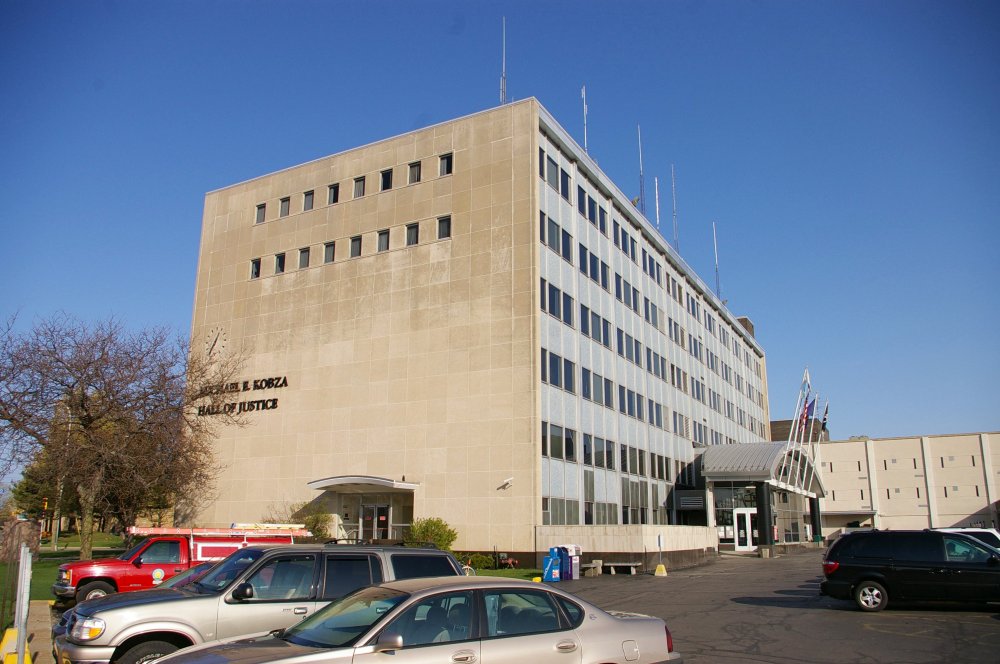 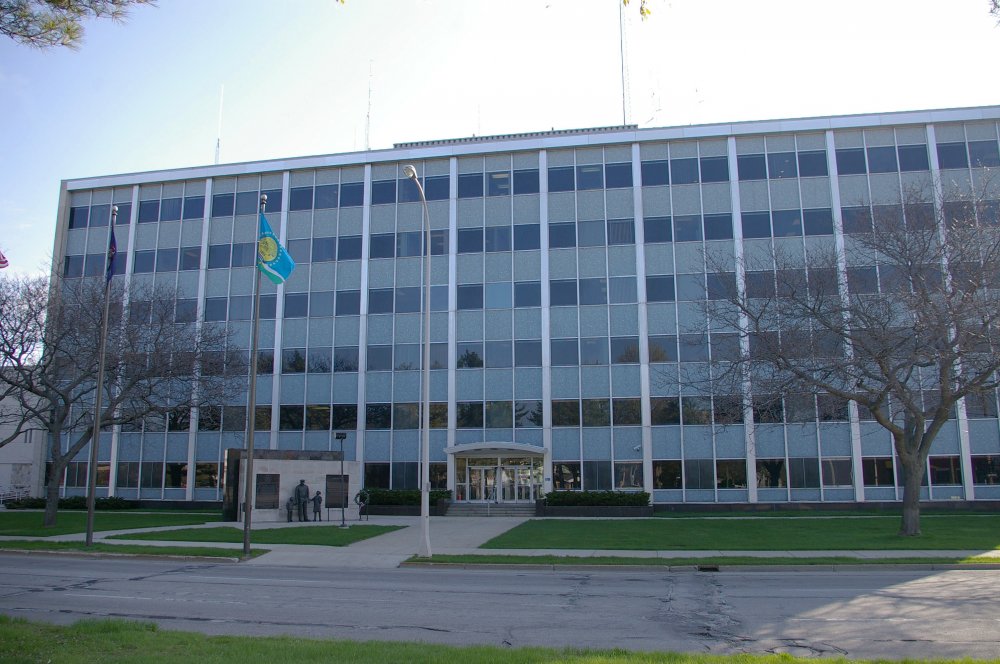 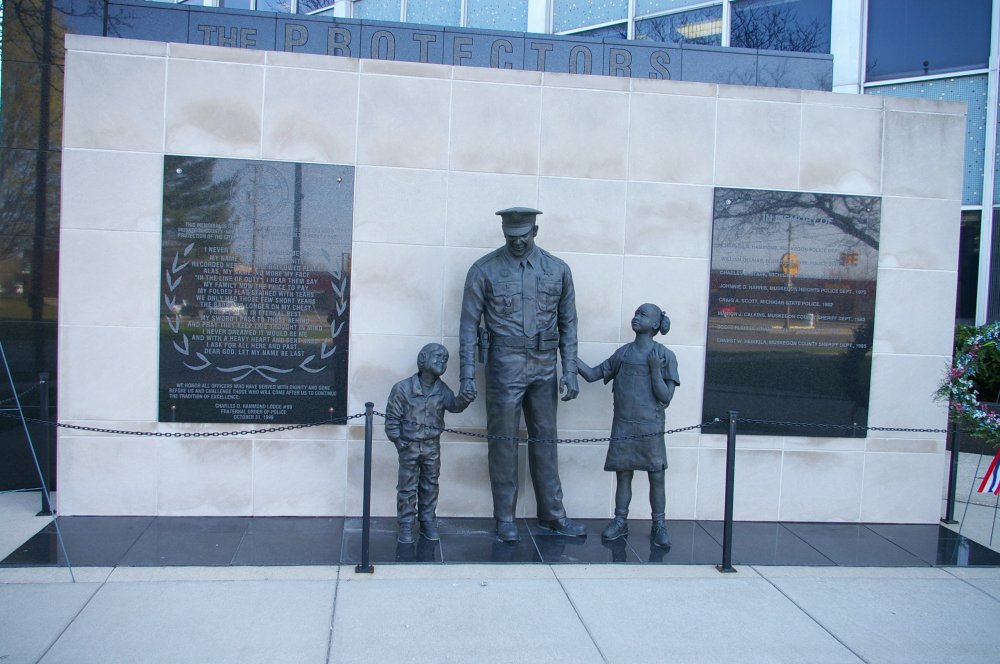 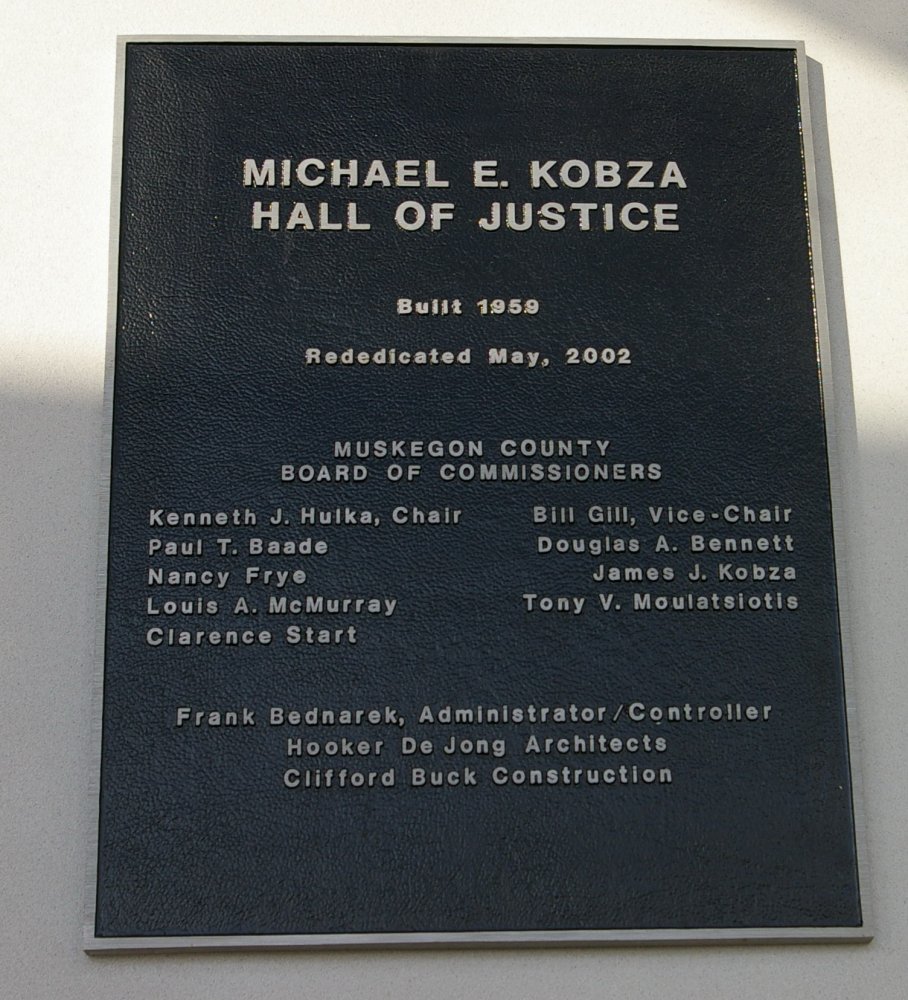