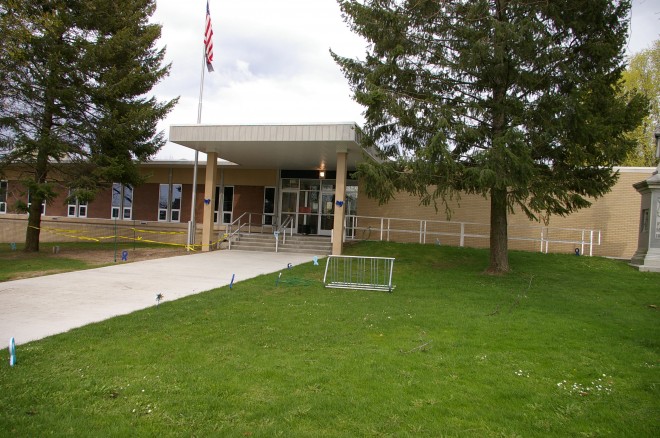 Oceana County is named for its proximity to Lake Michigan or to the title of a book by James Harrington called “Oceana”.

Description:  The building faces west and is a one story buff colored brick and concrete structure. The building is located on spacious landscaped grounds in the center of Hart. The building has a large overhanging canopy supported by two pillars at the central entrance. The windows are vertical and framed with dark brown colored brick. The roof line is flat. In the interior, there is a central courtyard. The courtroom on the northeast corner receives natural light which enters through a series of windows above the large horizontal wooden beam below the ceiling. The walls and ceiling are a white color except for brick wall behind the jury box. The building houses the County Circuit Court of the 27th Judicial District, County District Court and County Probate Court. An addition was added on the east side in 1968. The architect for the addition was Clark R Aceley of Lansing and the contractor was Alstrom Construction Inc. In 1989, the building was reconstructed and completed on May 1, 1990. The architect was Roy and Associates of Ludington and the contractor was Muskegon Construction Company.

History:  The county was created in 1831 and Stony Creek was selected as the county seat in 1855 when the county was organized. Before 1855, the county was attached to Ottawa County for judicial purposes. In 1858, the county seat was moved to Roseville (Whiskey Creek) where the court met in the Anderson House Hotel and then at the home of L D Eaton the following year. In 1864, the county seat was moved to Hart.  The county had offices on the lower floor of the residence of Lyman B Corbin on Water Street near Mechanic Street from 1864 to 1874. In 1870, the county rented the store building of Mr. Leach for county offices. The first courthouse was a two story rectangular shaped structure built by David Benham in 1873 to 1875 at a cost of $6,032. The second and present courthouse was constructed in 1958 to 1959. 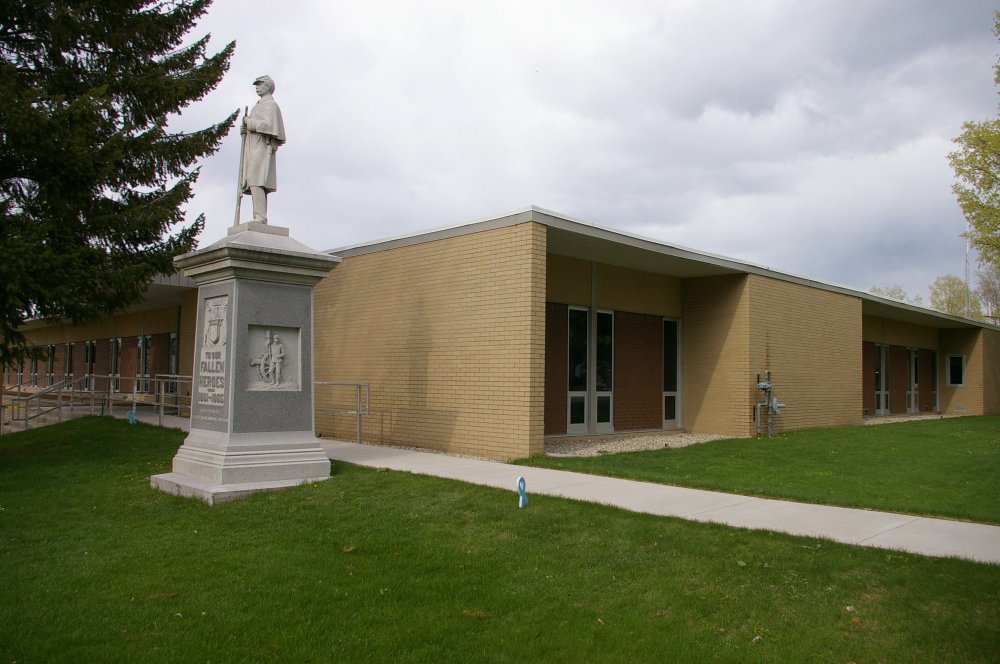 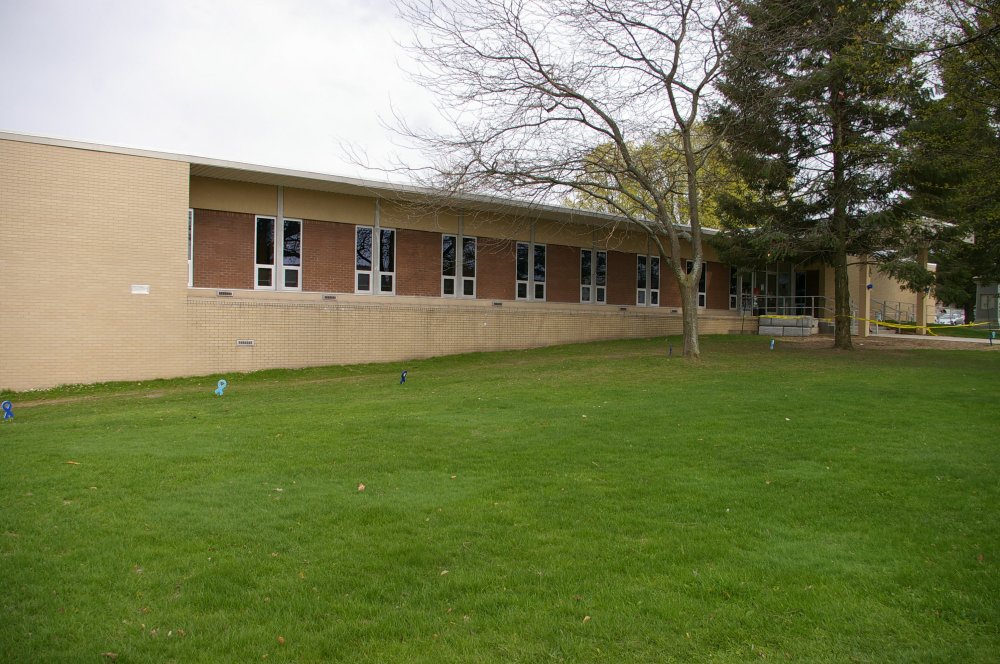 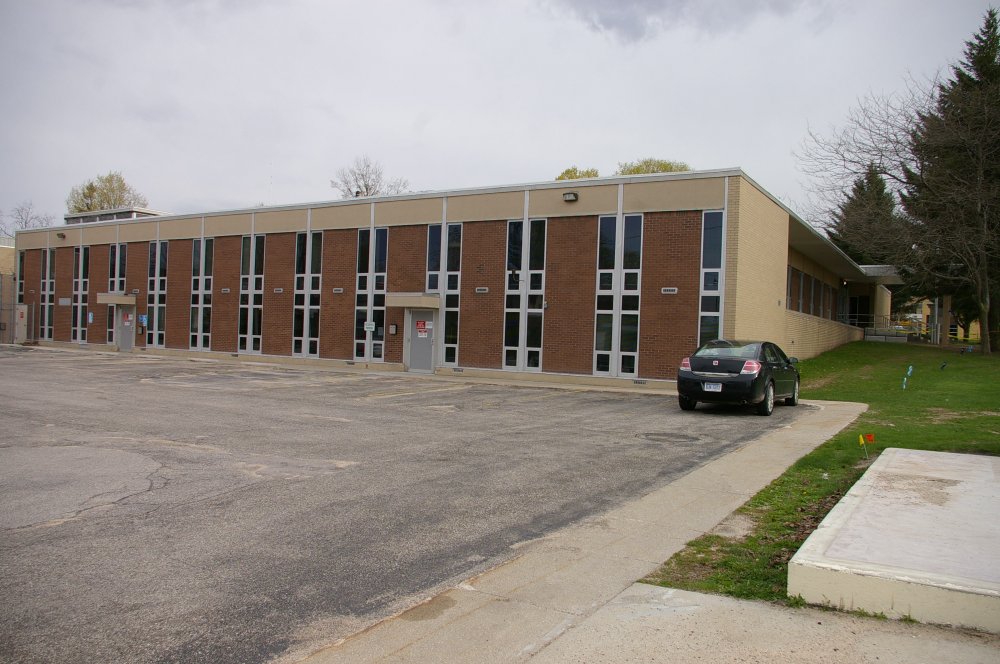 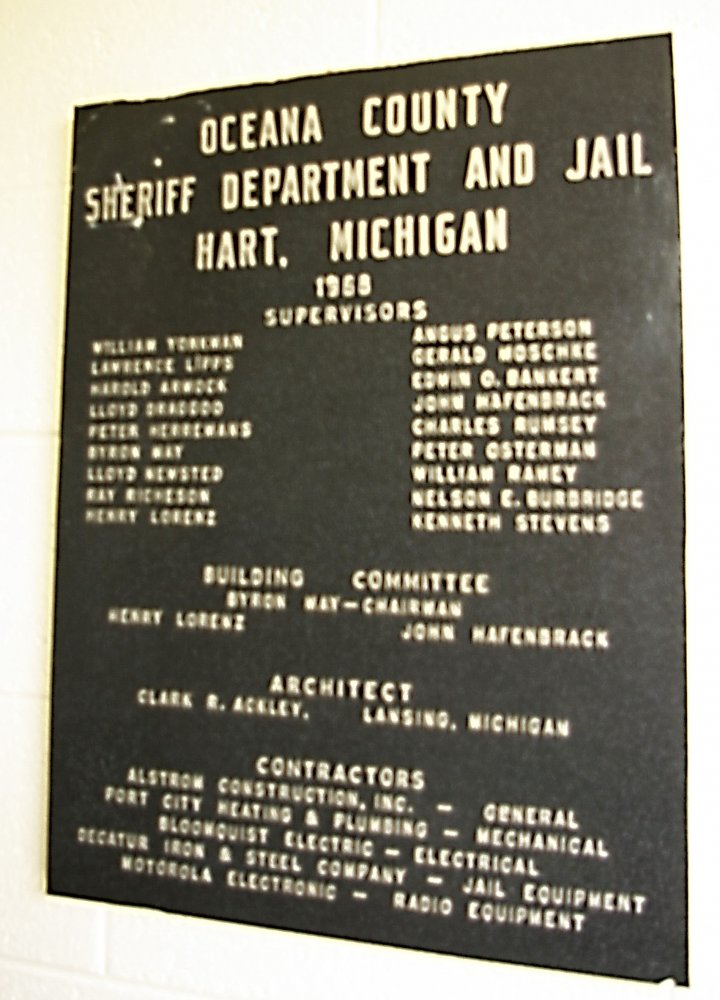