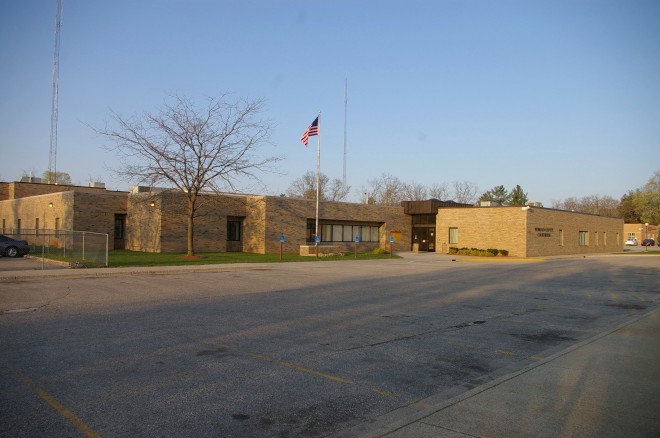 Newaygo County is named for Chief Newaygo, who was a Chippewa Indian chief named “Naw-wa-goo”, or the Native American word “kenewaygoing” meaning “place where boy have fish bone in throat”.

Description:  The building faces north and is a one story buff colored brick and concrete structure. The building is located on landscaped grounds in the center of White Cloud.. The building has the entrance in the center and facing east. On the north front is a horizontal row of windows on the east side. The west side extends north and has few windows. The building houses the County Circuit Court of the 27th Judicial District. An addition was added in 2001 and completed in 2002. The architect was GSG Architects Inc. of Muskegon and the contractor was VanDonkelaar Construction Inc. of Muskegon. 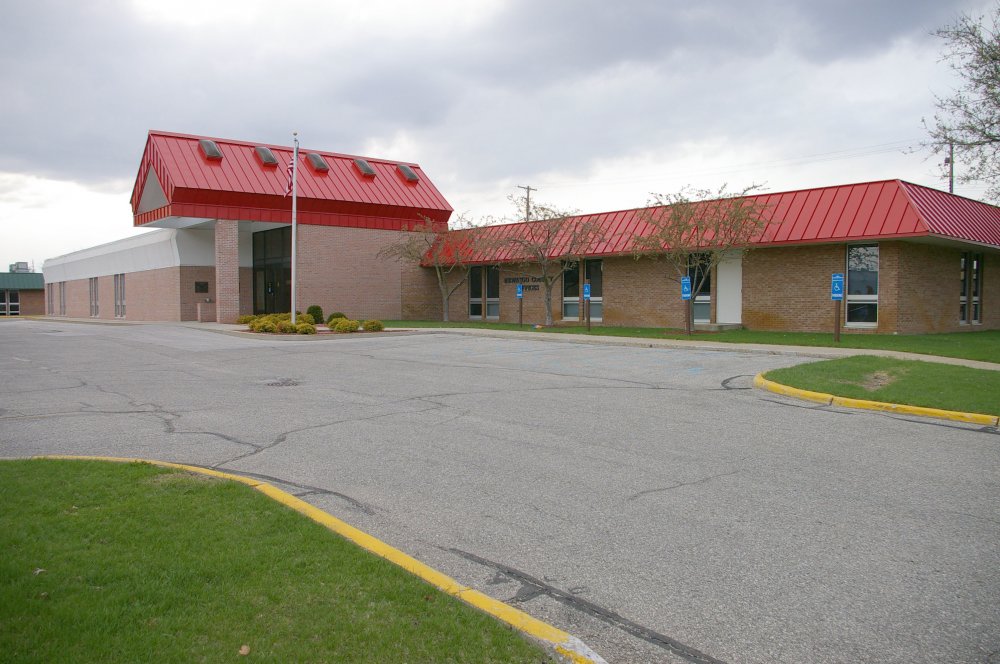 History:  The county was created in 1856 and Newaygo was selected as the county seat. In 1855 a small clerk’s office was erected by P C Spooner at a cost of $250 and the county rented space in the Alverson Hotel. The first courthouse was a two story brick structure constructed of local materials in 1868. The building was late razed in 1937. In 1910, the courthouse occupied the White Cloud City Hall which was constructed by Jacobson Construction in 1908 and converted into the second courthouse. The third and present courthouse was constructed in 1991 to 1992 at a cost of $2,000,000. 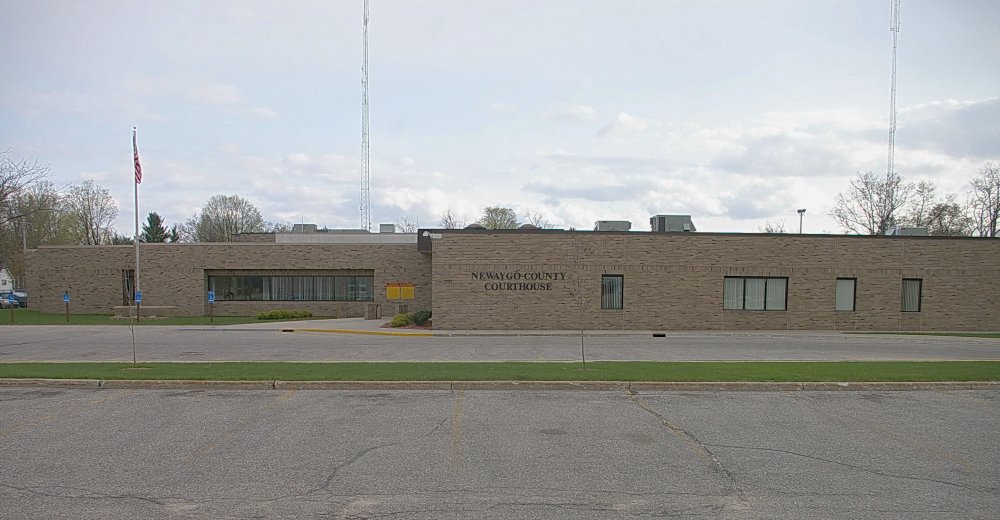 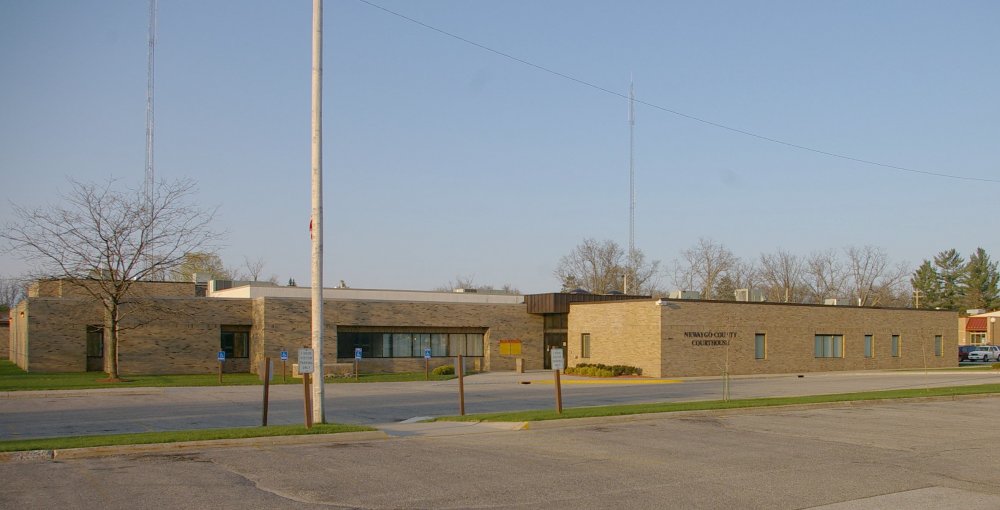 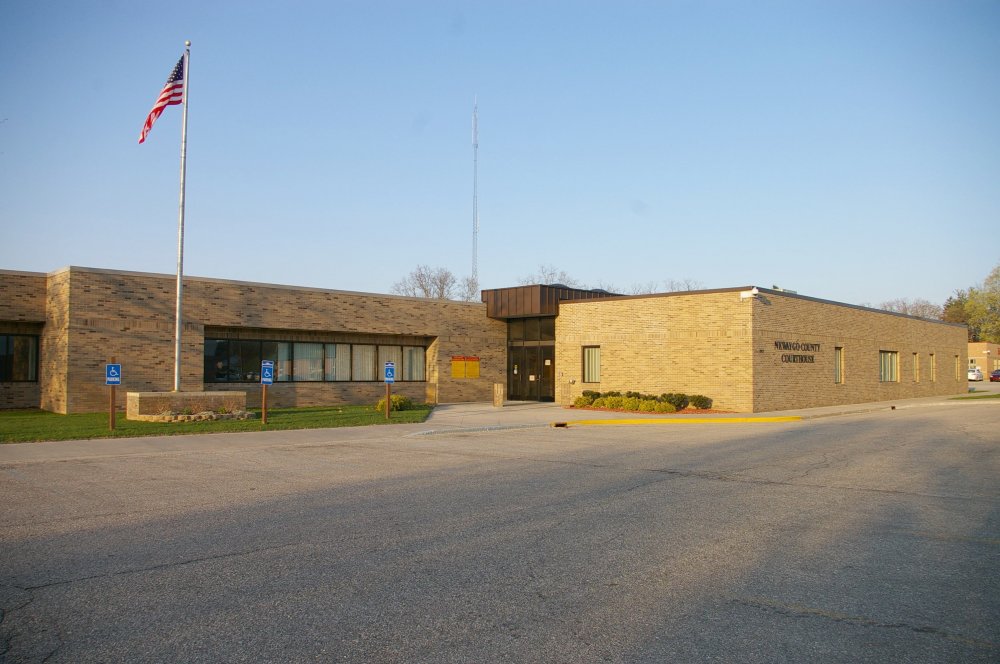