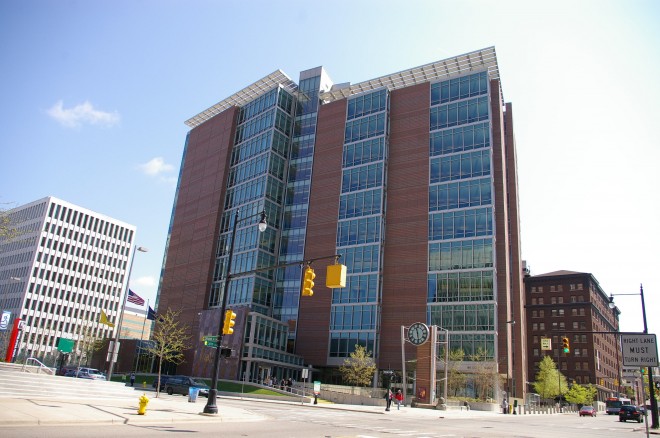 Kent County is named for Chancellor James Kent, who was a celebrated New York jurist. 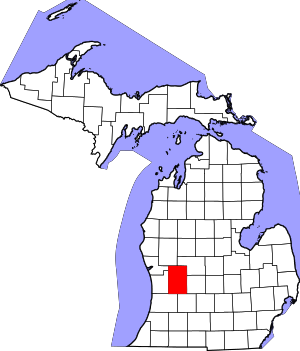 Description:  The building faces west and is a twelve story glass, stone and concrete structure. The building is located on landscaped grounds in the center of Grand Rapids in the center of Grand Rapids. The west side has a two story entrance hall projecting from the main building. Vertical windows are divided by vertical stone faced sections. The building houses the County Circuit Court of the 17th Judicial District, County District Court and County Probate Court. 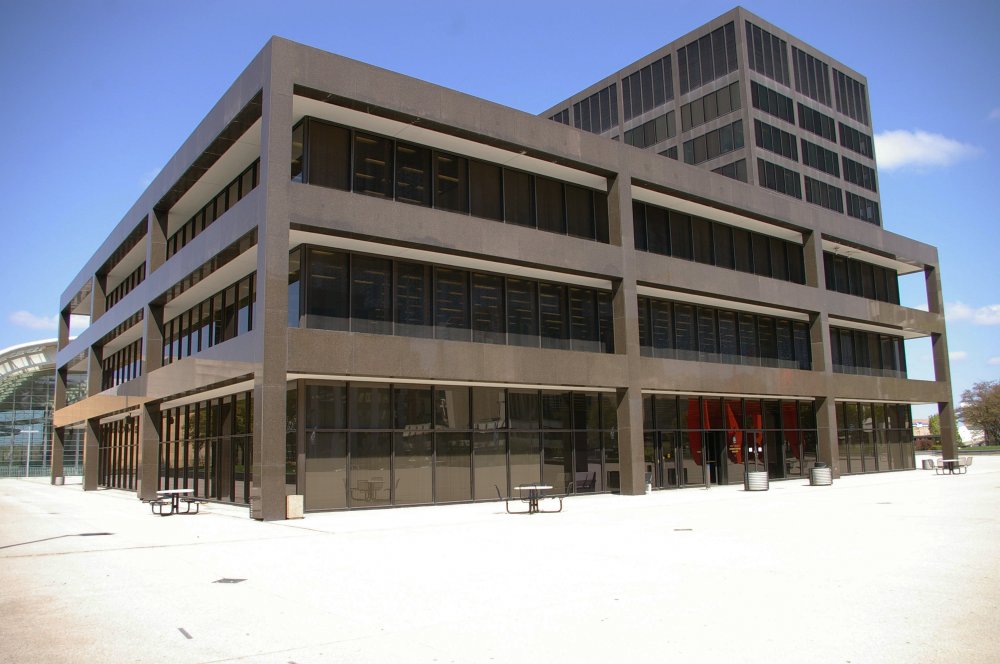 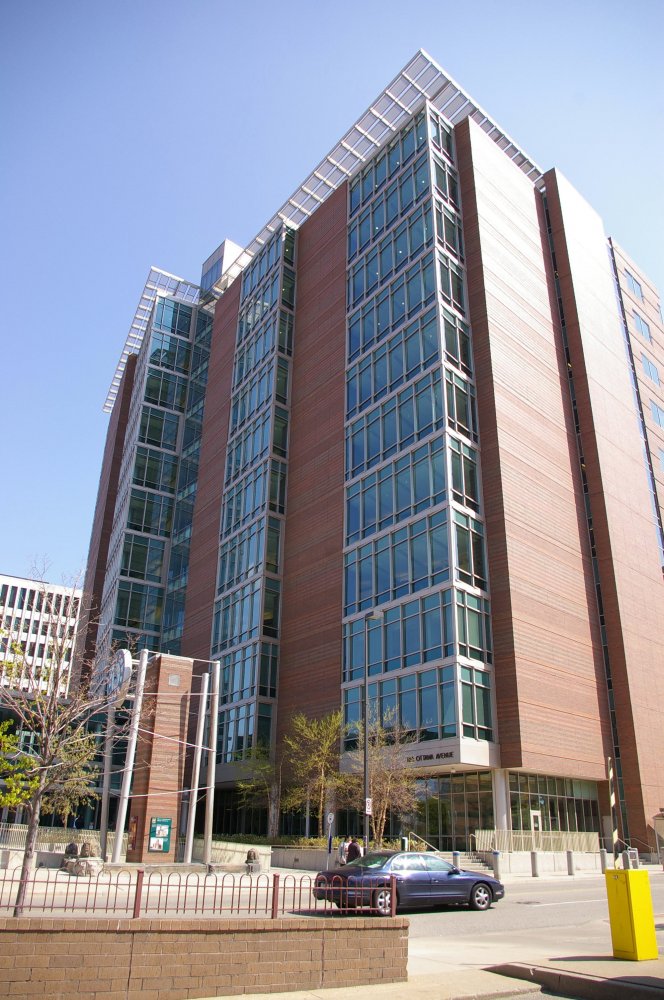 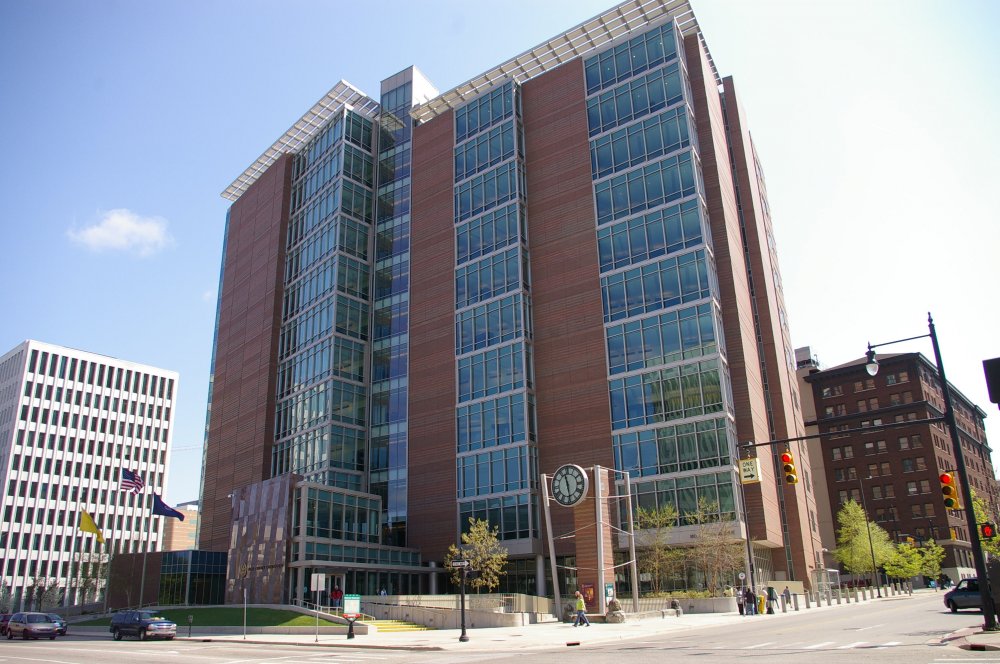 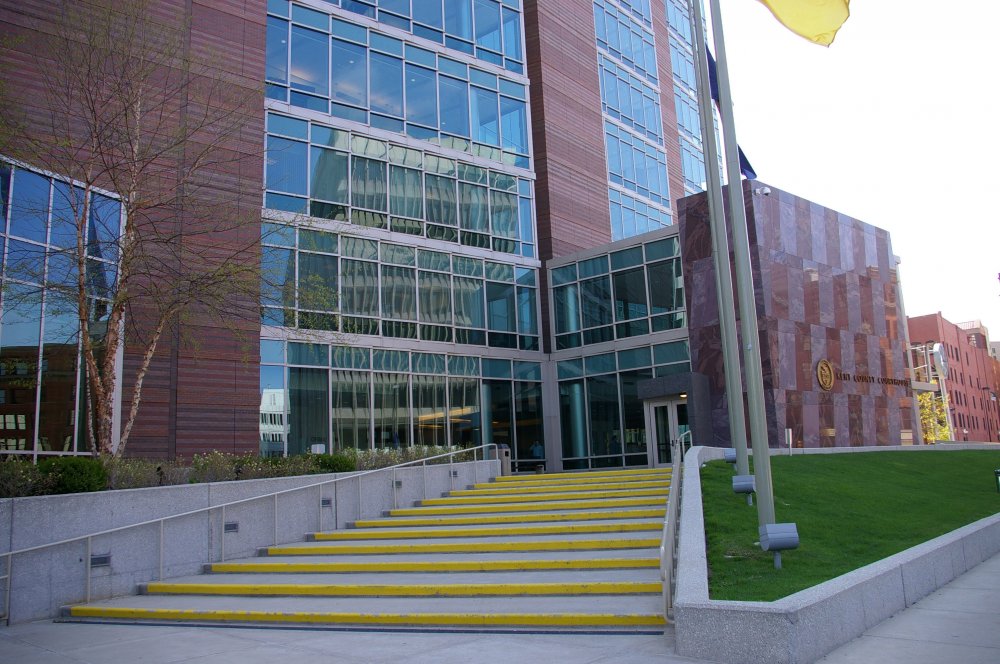 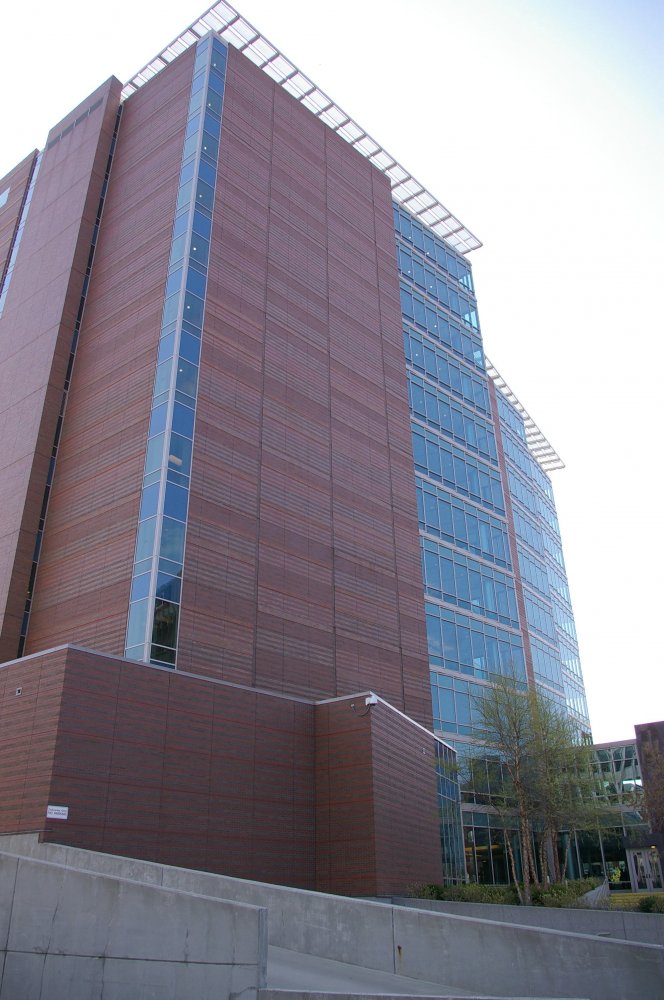 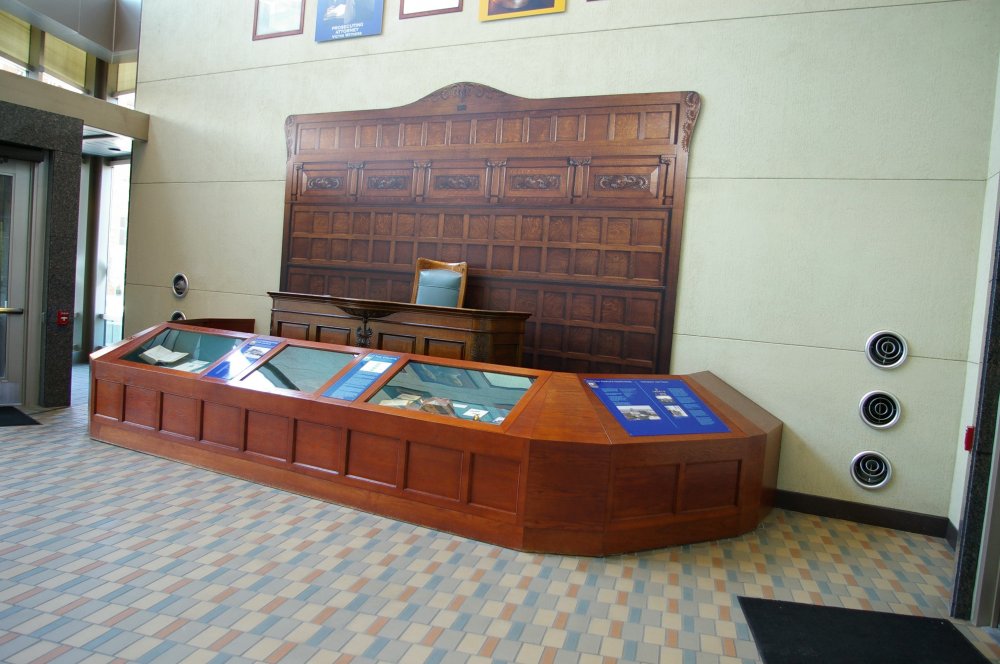 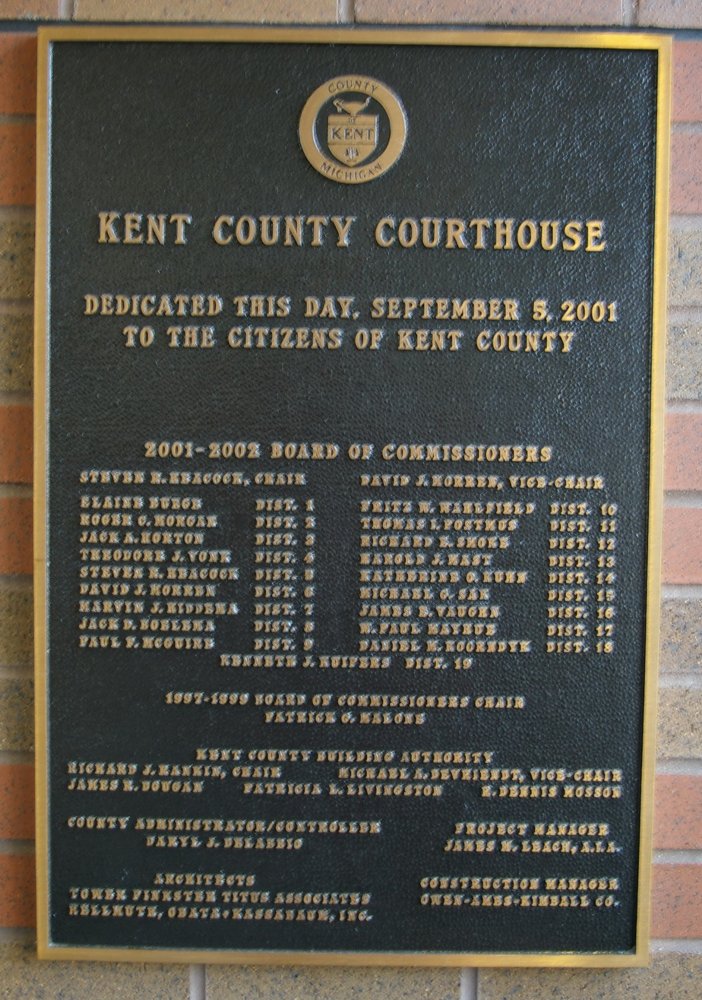