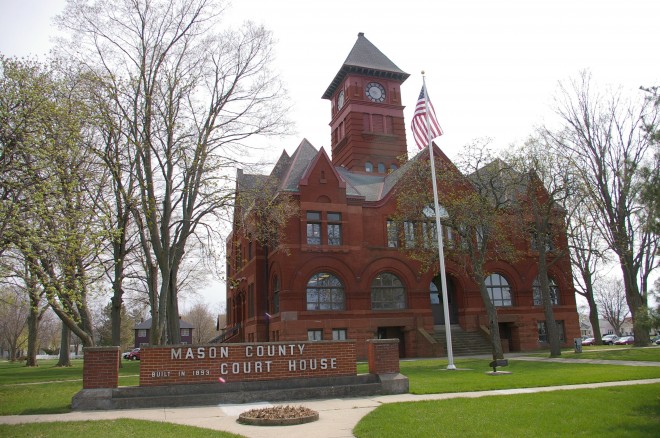 Mason County is named for Stevens T Mason, who was Governor of Michigan from 1835 to 1840.

Description:  The building faces north and is a two story red colored Milwaukee pressed and Jacobsville sandstone structure. The building. The building is located on the landscaped grounds of the Courthouse Square in the center of Ludington. The building has a raised basement. The building has a large arched entrance on the first story. The first story windows are arched. There are numerous peaks along the hip and gable roof. In the center of the roof is a high square clock tower with peaked roof. The base of the building is lighter colored sandstone. In the interior there is a circular staircase in the southwest cylindrical tower. The building houses the County Circuit Court of the 51st Judicial District, County District Court and County Probate Court. The cut stone was done by J B Goodell & Company of Muskegon.

Description:  The building is atwo story wood frame farmhouse structure. The building is located on the landscaped grounds of the Historic White Pine Village in Pere Marquette Township to the southwest of the center of Ludington. The front has a central entrance with wood balcony on the second story. The roof is hipped. The first story of the building served as the first courthouse from 1855 to 1861.

History:  The county was created in 1840 and the Burr Caswell Farm was selected as the county seat in 1855 when the county was organized. The first courthouse was a wood frame farmhouse built by Burr Caswell in 1849. In 1855, Caswell moved his family upstairs and turned the first floor of his farmhouse over to Mason County to use for a courthouse and trading post. In 1861, the county seat was moved to Little Sauble (Lincoln). The second courthouse was a two story wood frame structure built in 1862. In 1873, the county seat was moved to Pere Marquette and the name was changed to Ludington. The third courthouse was a one story brick structure built on the northwest corner of Pere Marquette Street and Lavinia Street in 1873. In 1883, a second story was built and the building was later demolished in 1920. The fourth and present courthouse was constructed in 1893 to 1894 at a cost of $39,150. 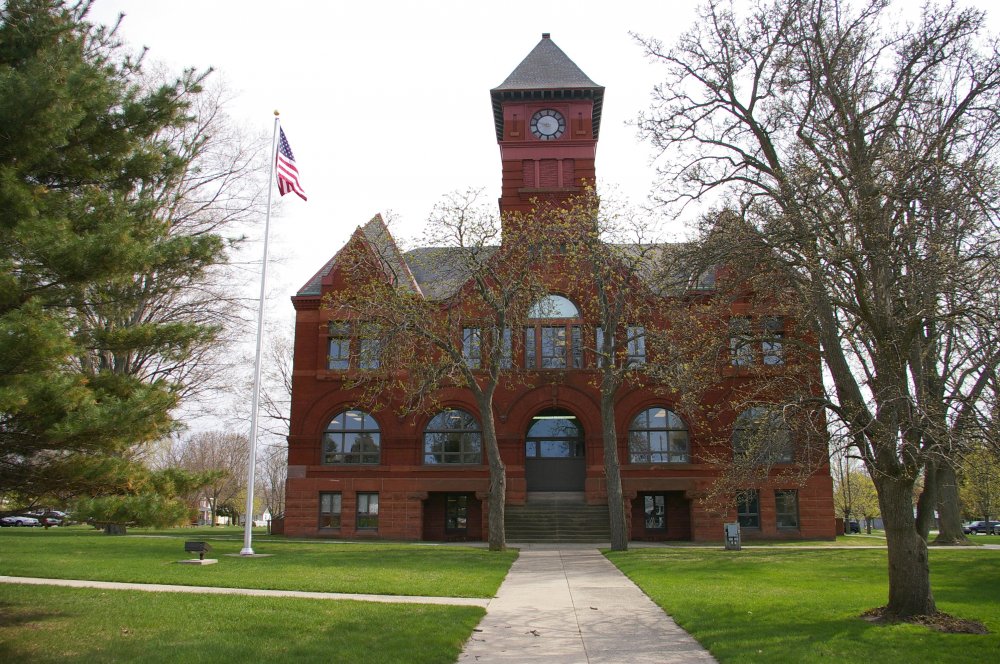 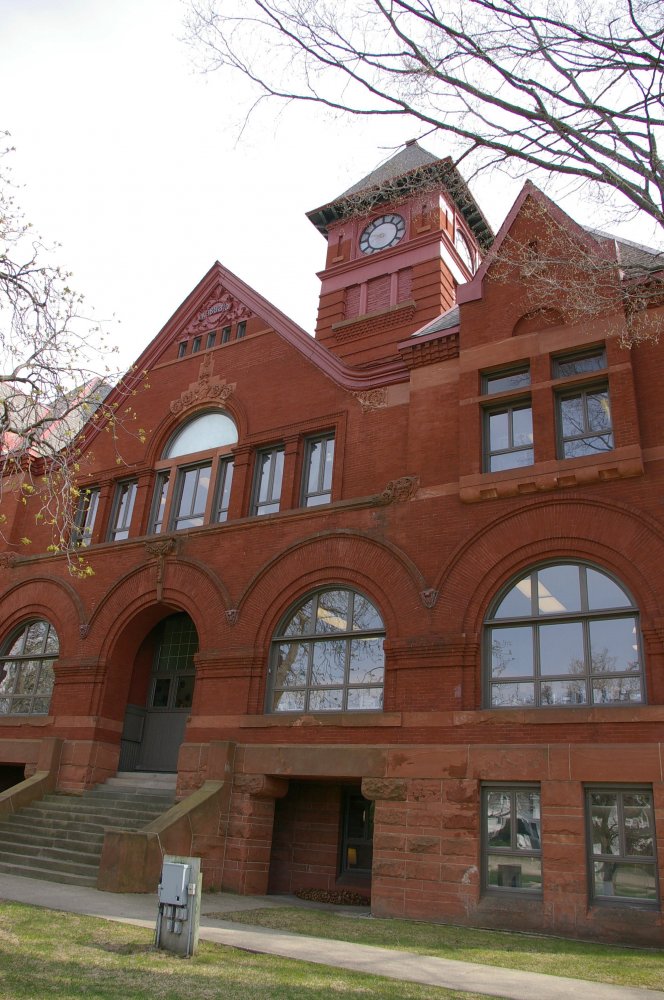 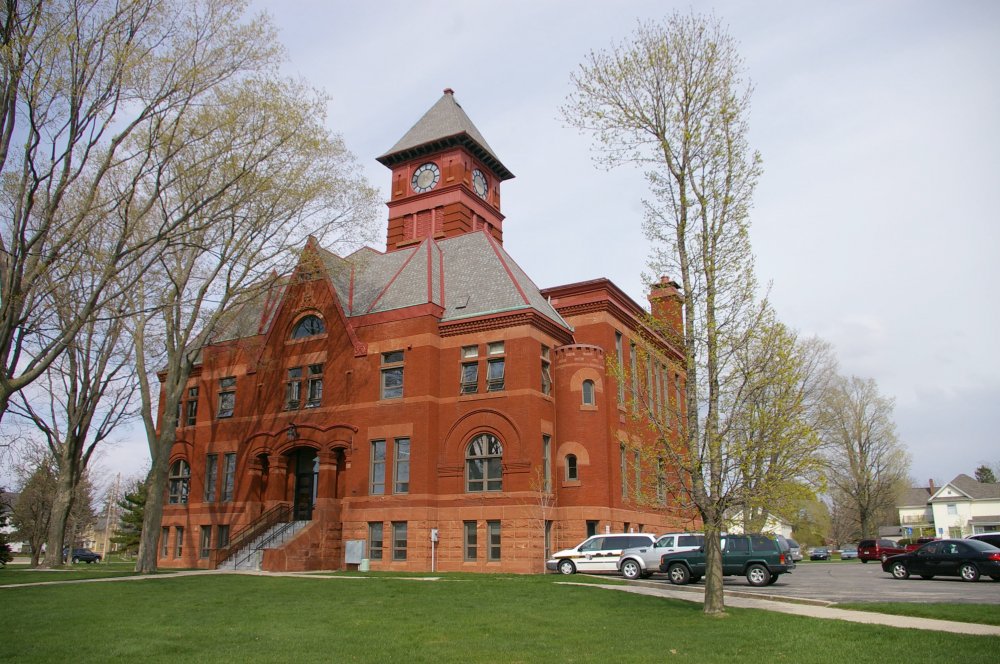 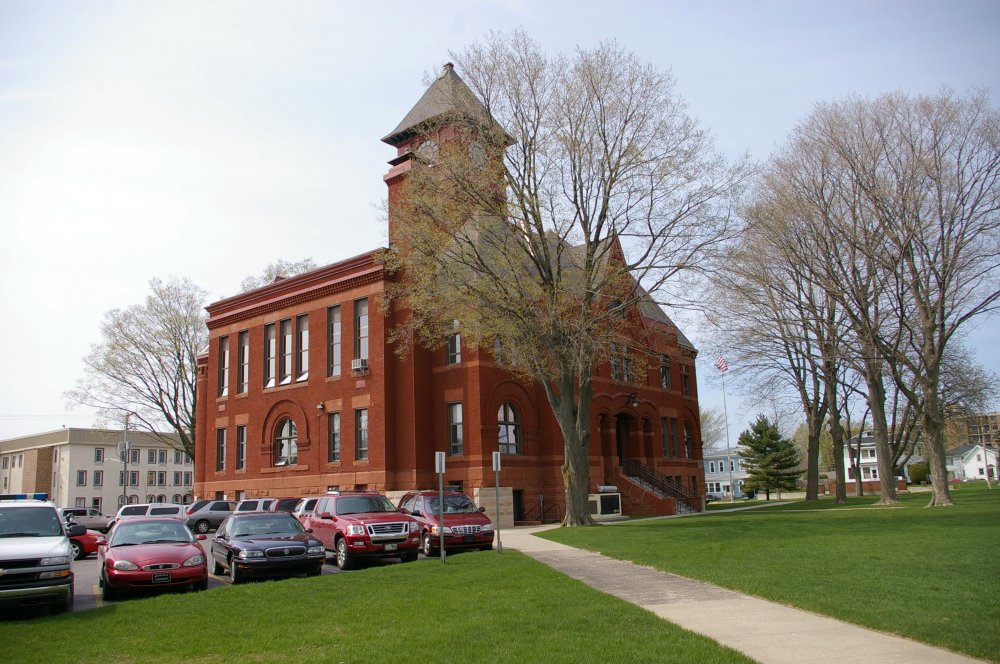 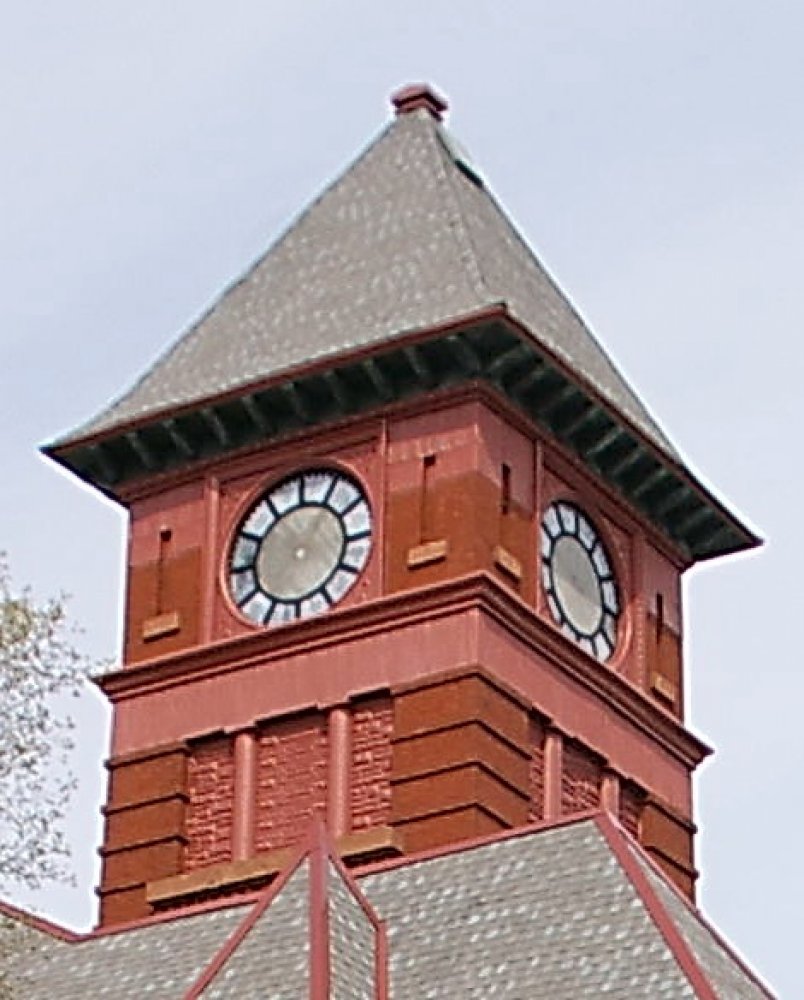 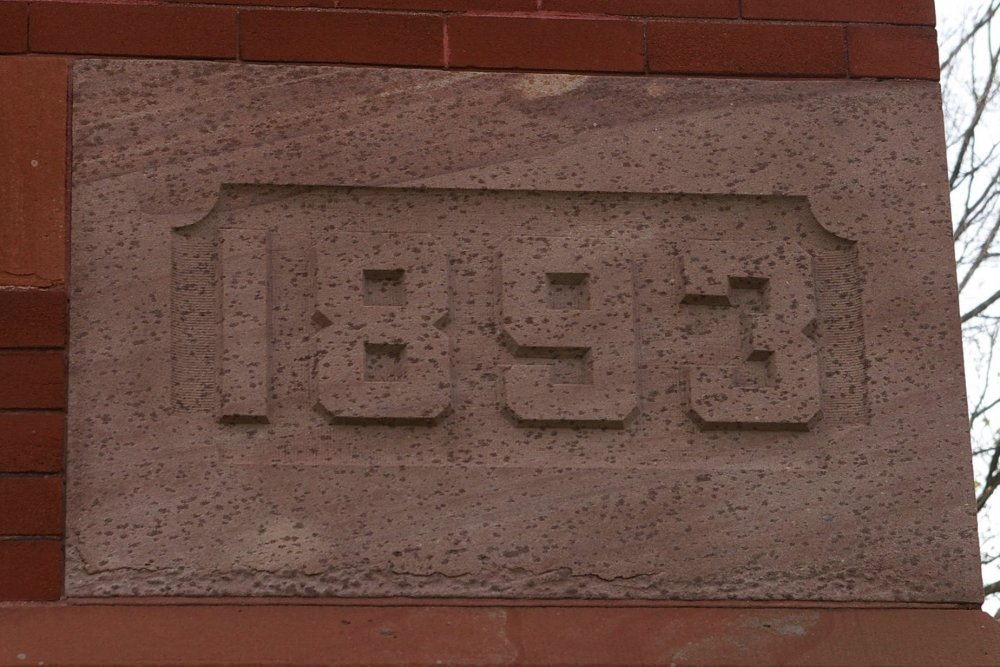 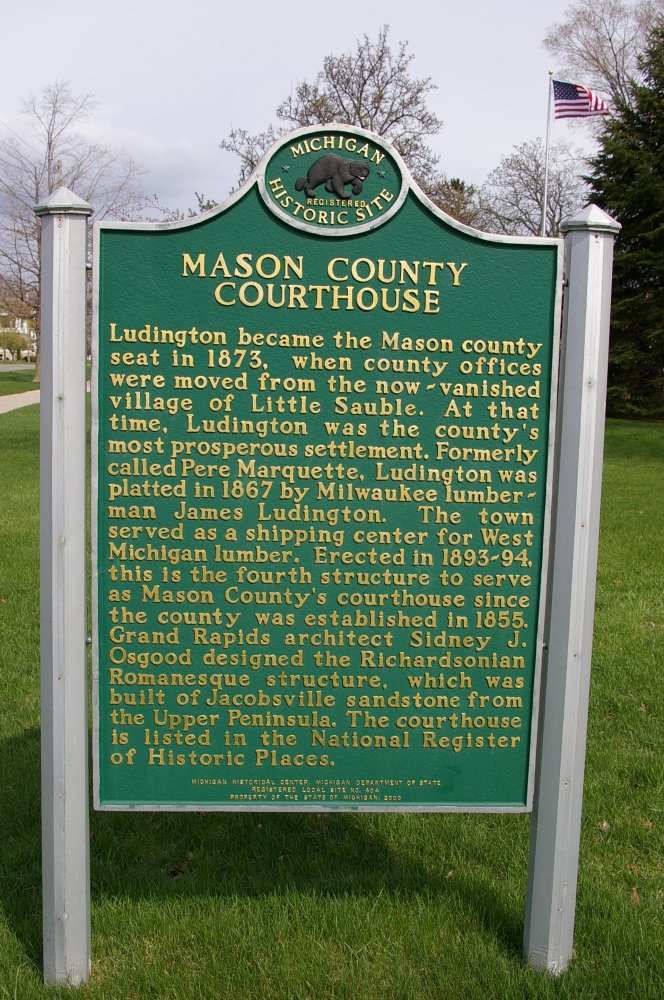 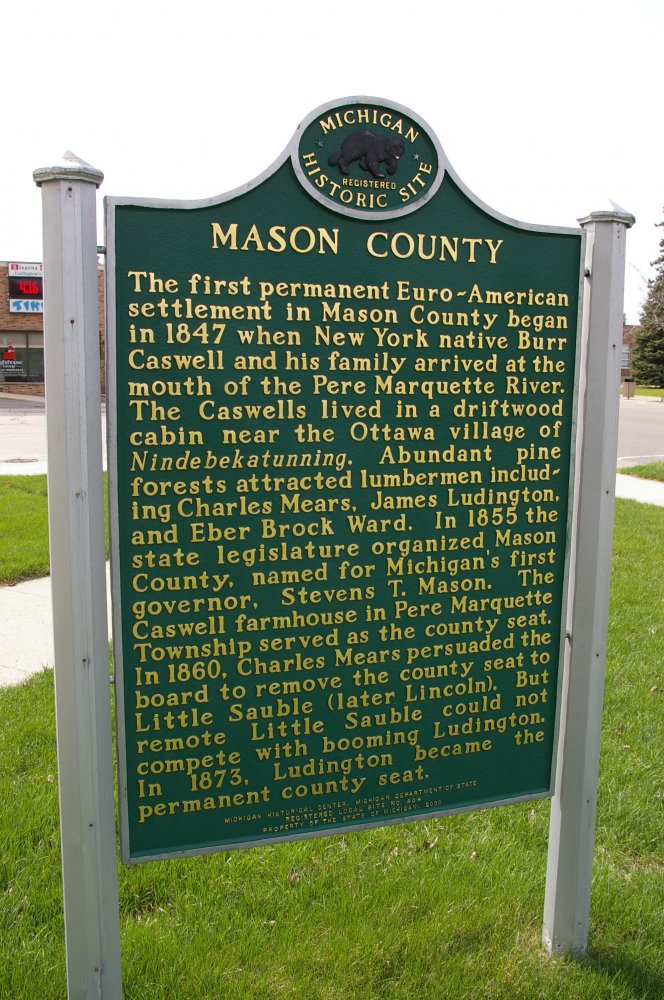 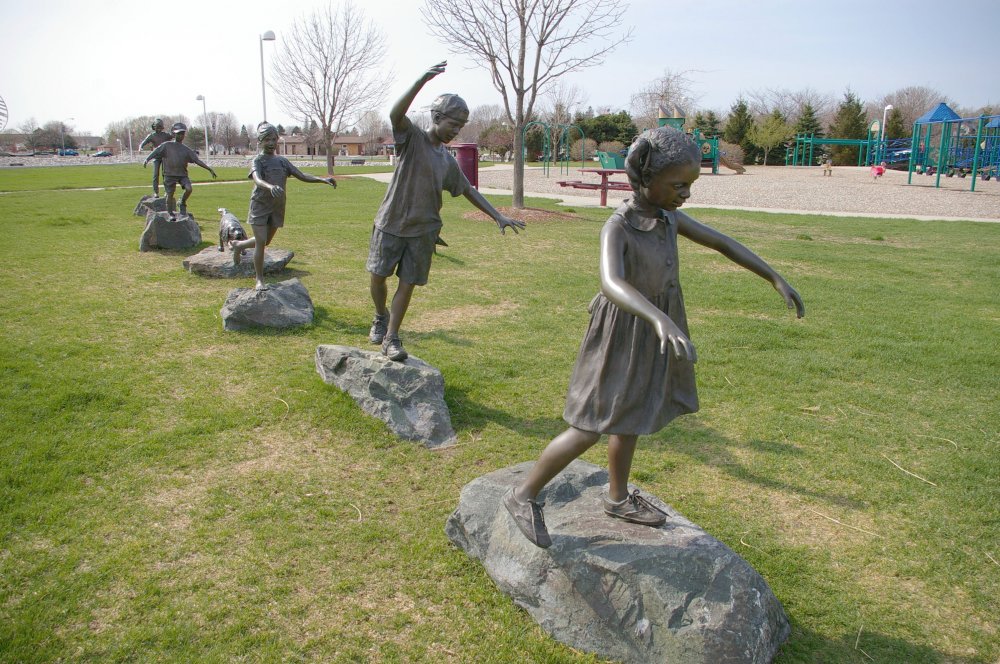