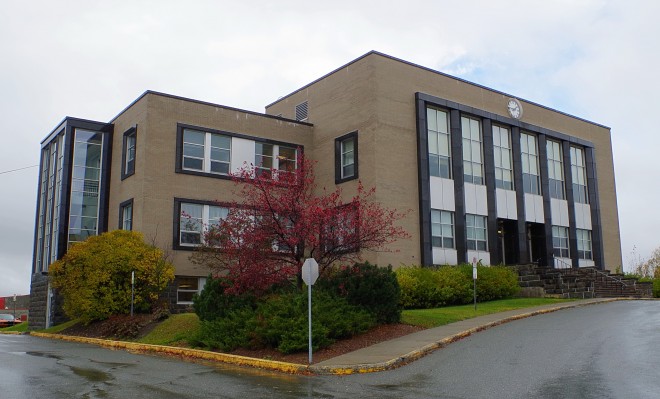 Rouyn-Noranda Judicial District is named for Jean Baptiste Rouyn, who was a captain in the Royal Roussillon regiment of Montcalm and the contraction of “North Canada”

Description:  The building faces south and is a two story buff coloured brick and concrete structure. The building is located on landscaped grounds on the rise of a low hill. The south front has a central entrance with vertical glass section dived by black coloured pillars. There are east and west wings. The roof line is flat. 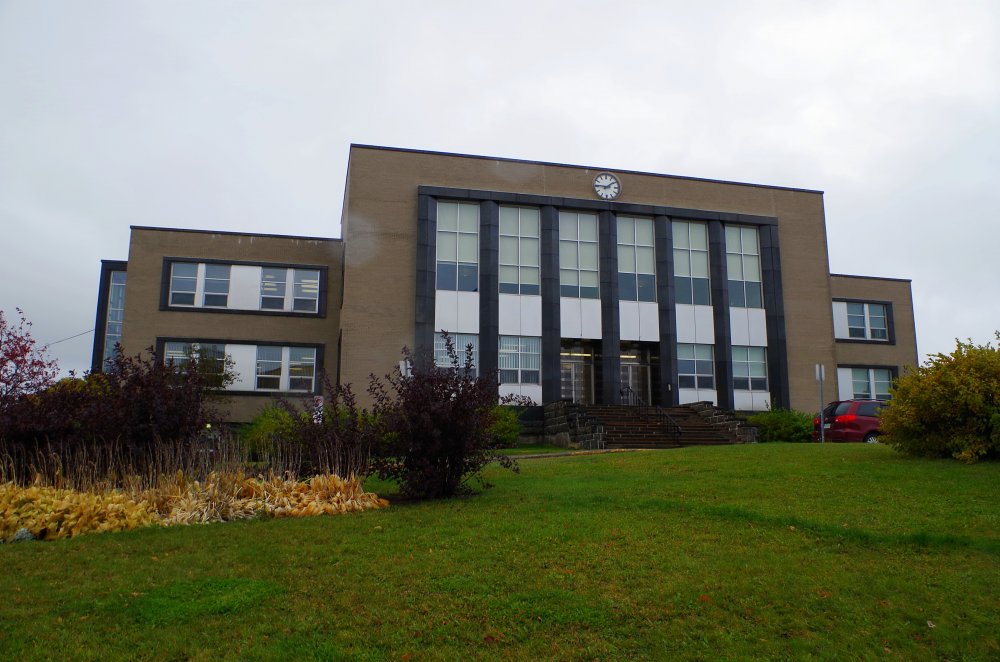 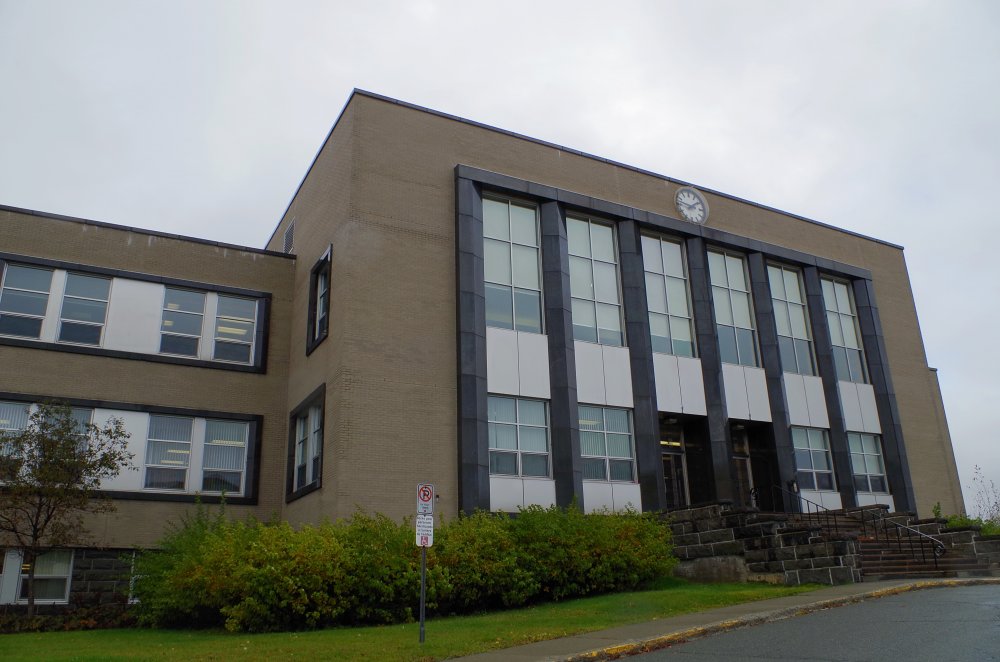 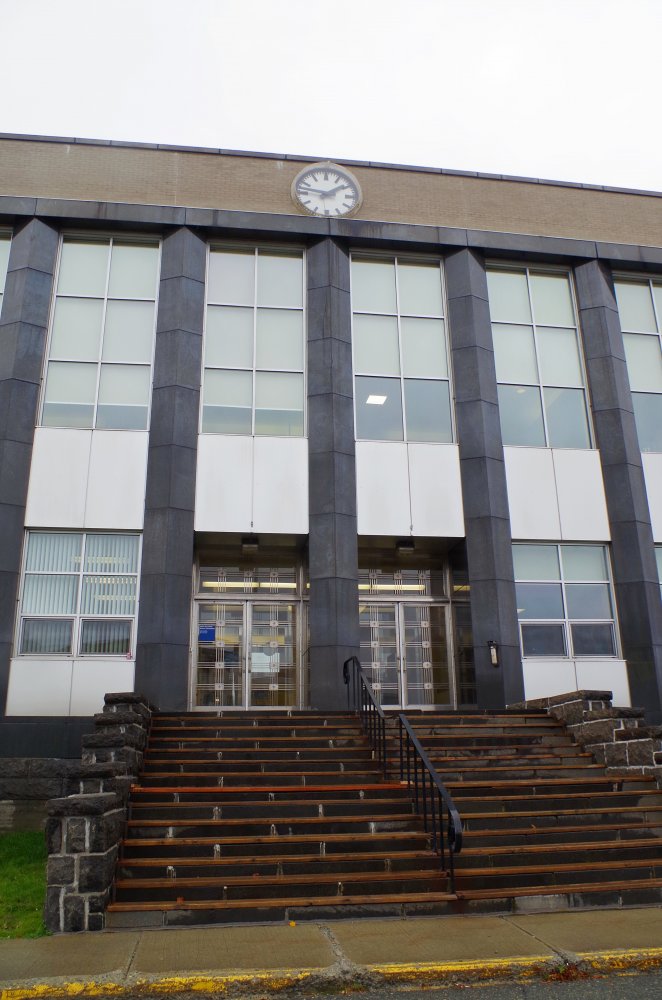 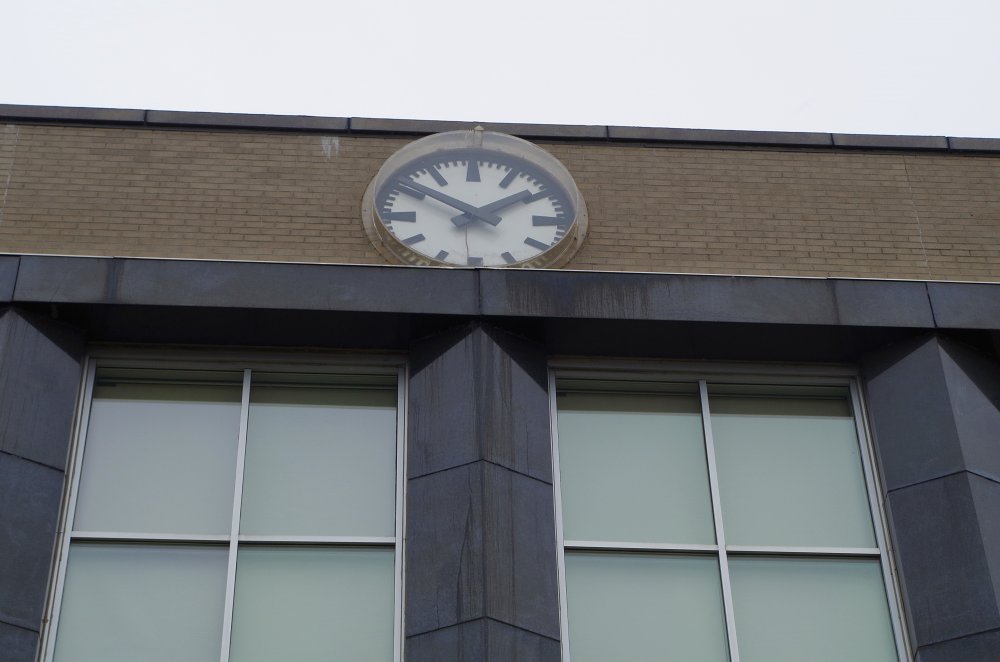