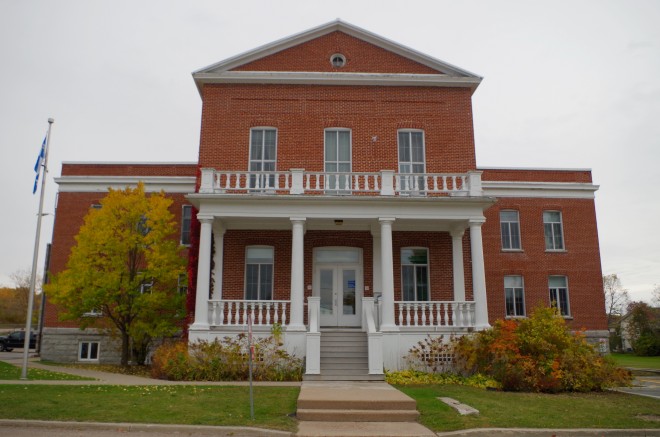 Pontiac Judicial District is named for the County of Pontiac formed in 1853 or for the village of Pontiac located at the west end of Onslow Township.

Description:  The building faces southwest and  is a two story red coloured brick and concrete structure. The building is located on landscaped grounds. The southwest front has a white coloured wood porch with balcony on the second story. At the rear is a new section which extends northwest. The roof is hipped. The building was renovated in 1961 by Val Barrette Inc. The architect in 2001 for re construction of the 1945 porch was Robert Ledeux of Maniwaki.

Note:  The first palais de justice was built in Bryson in 1891. 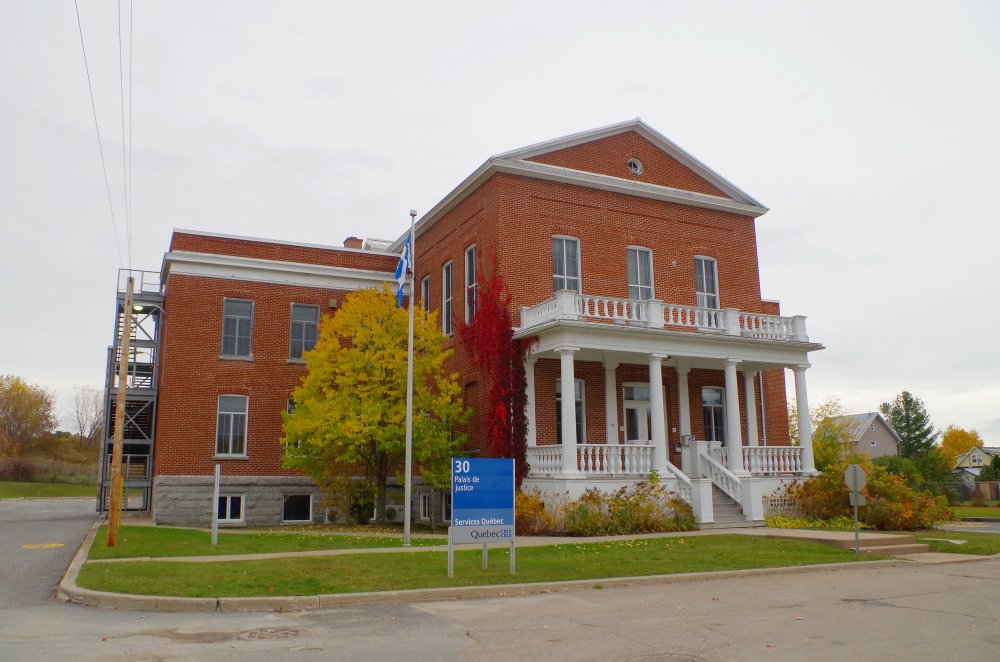 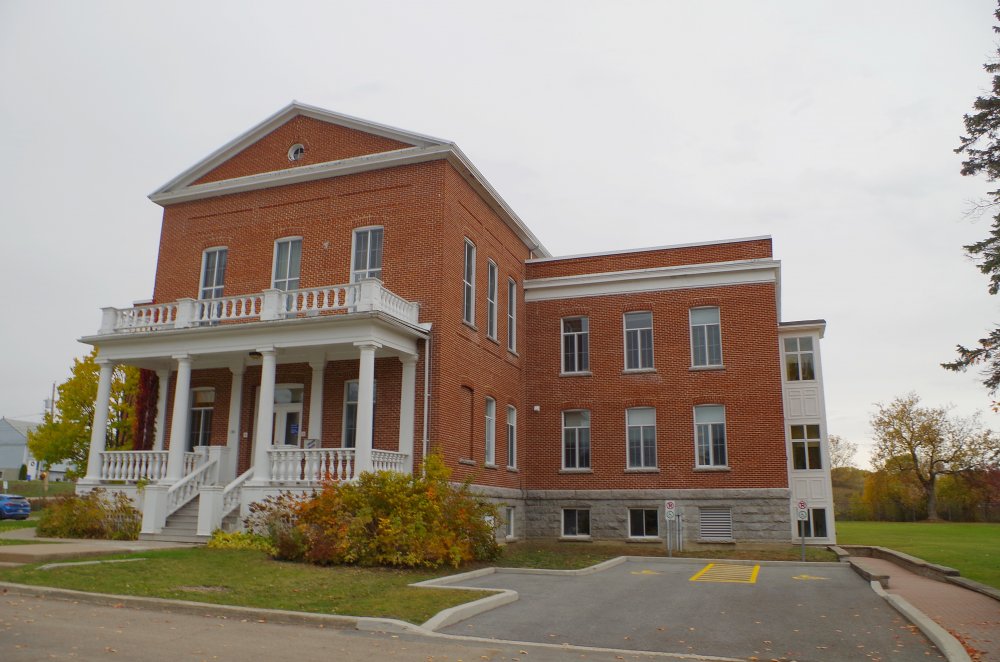 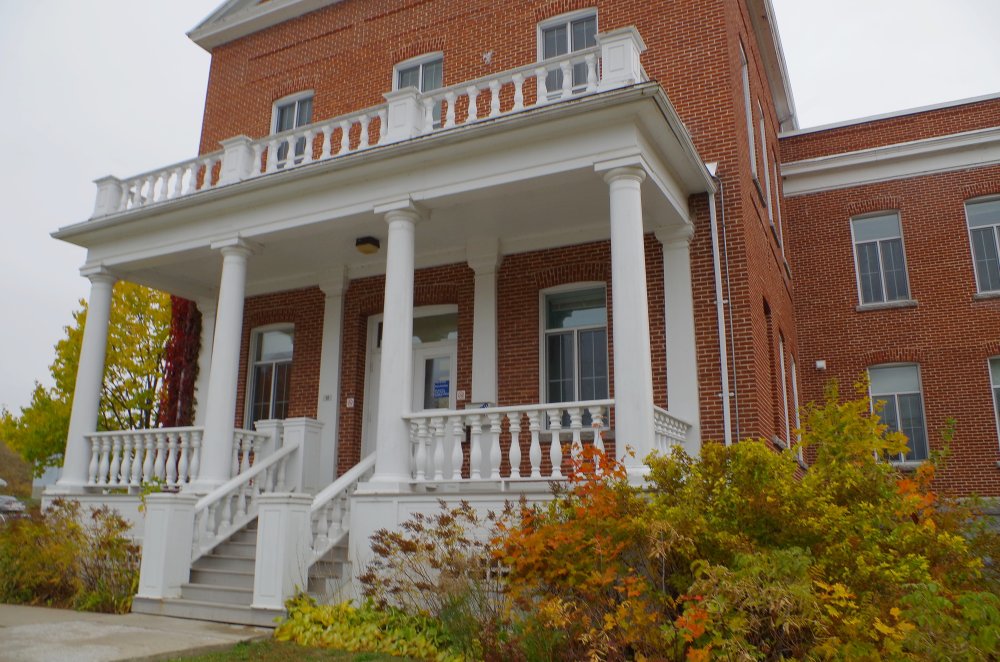 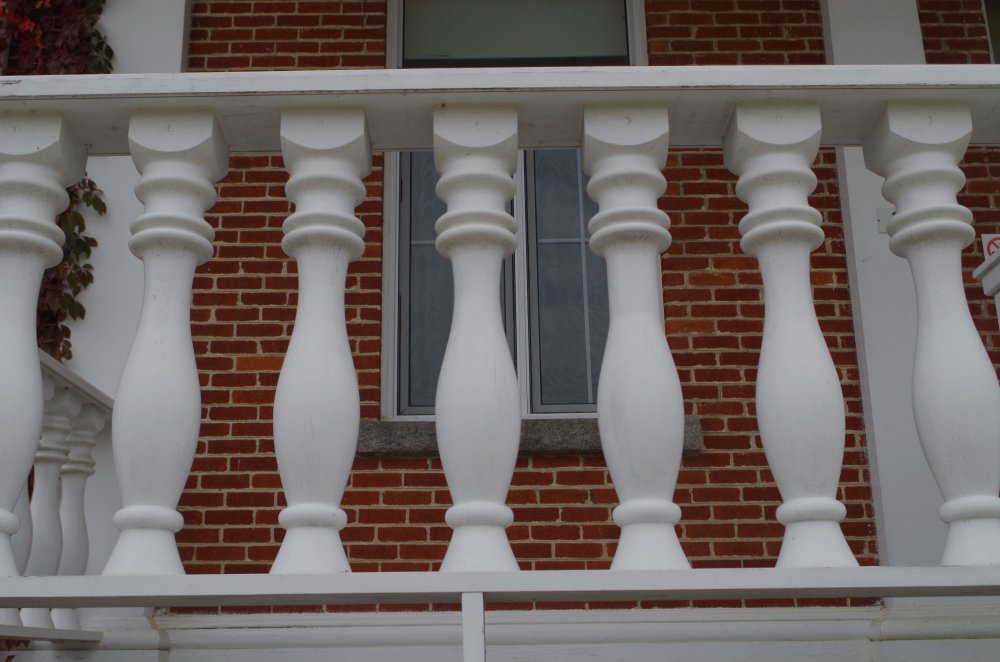 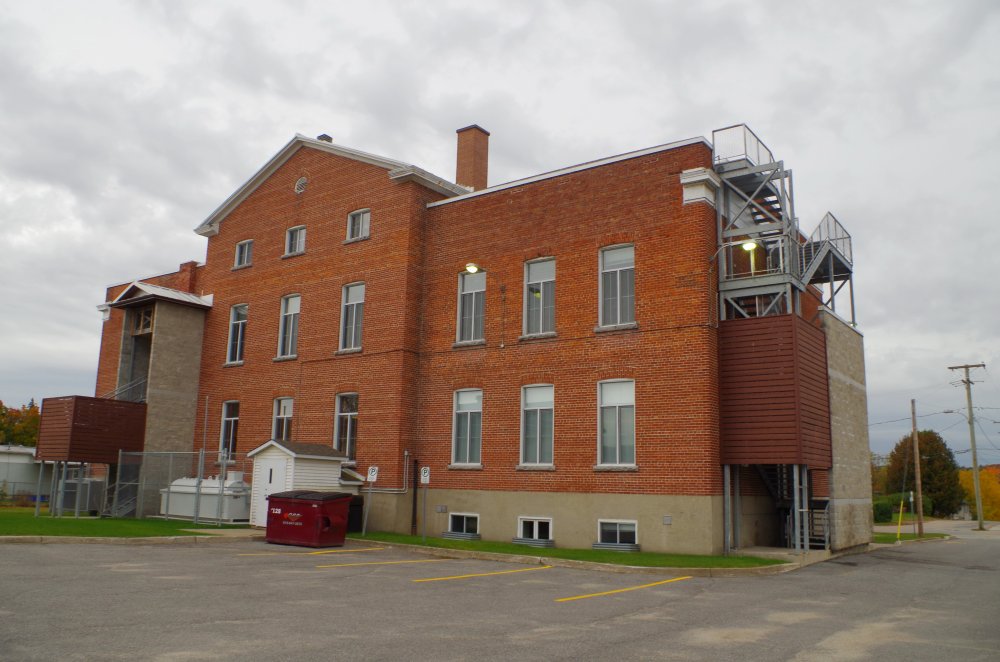 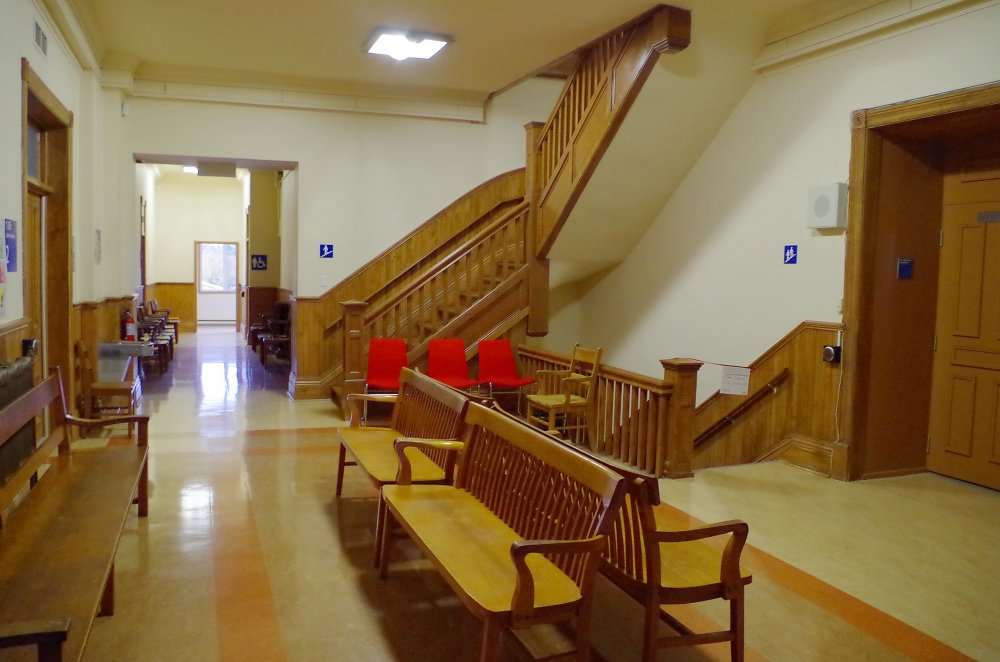 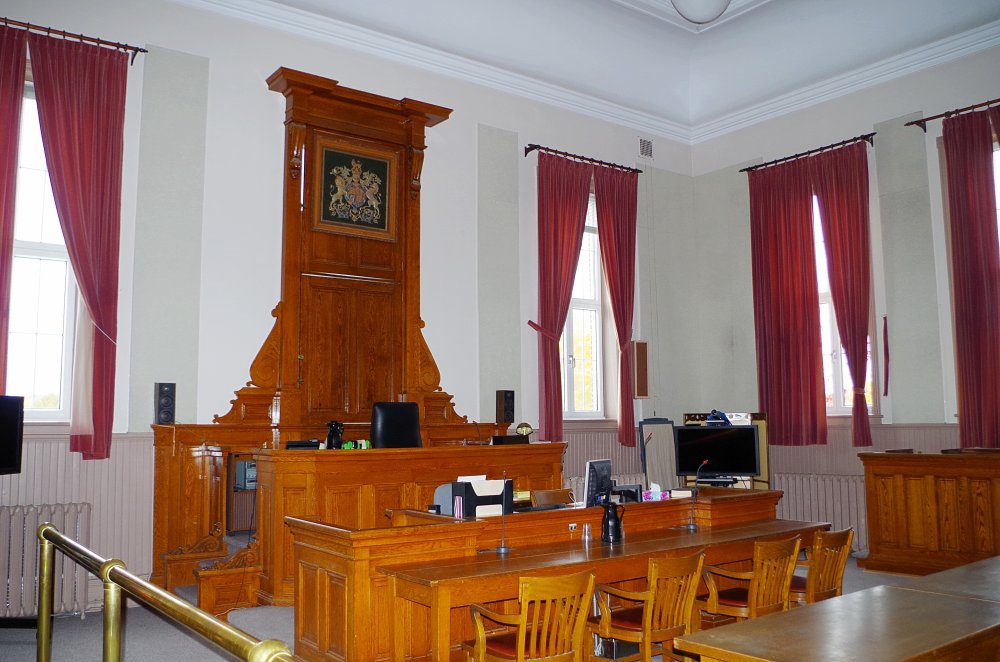 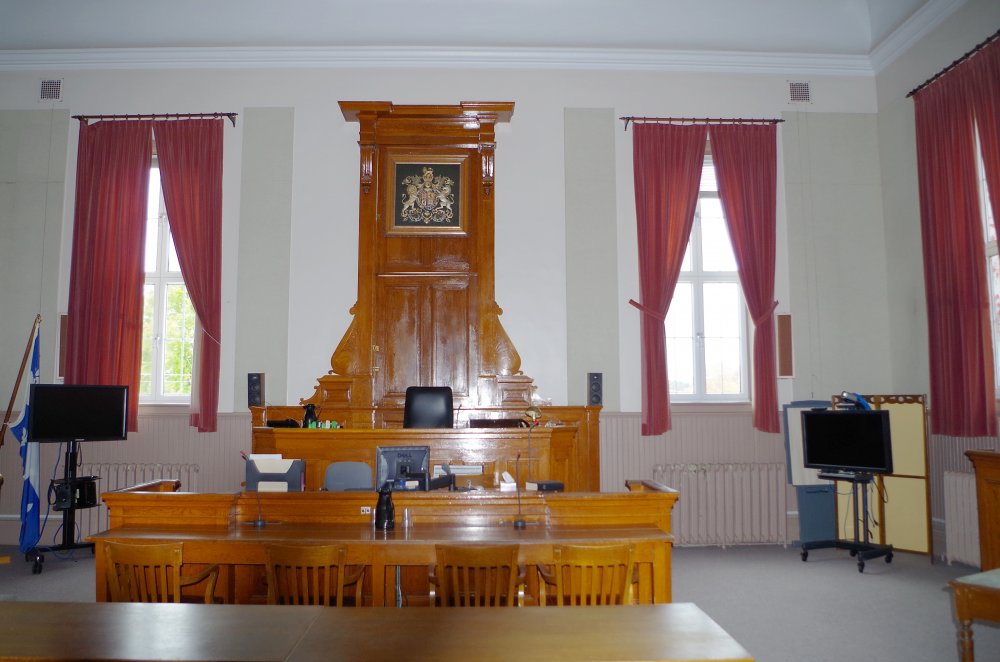 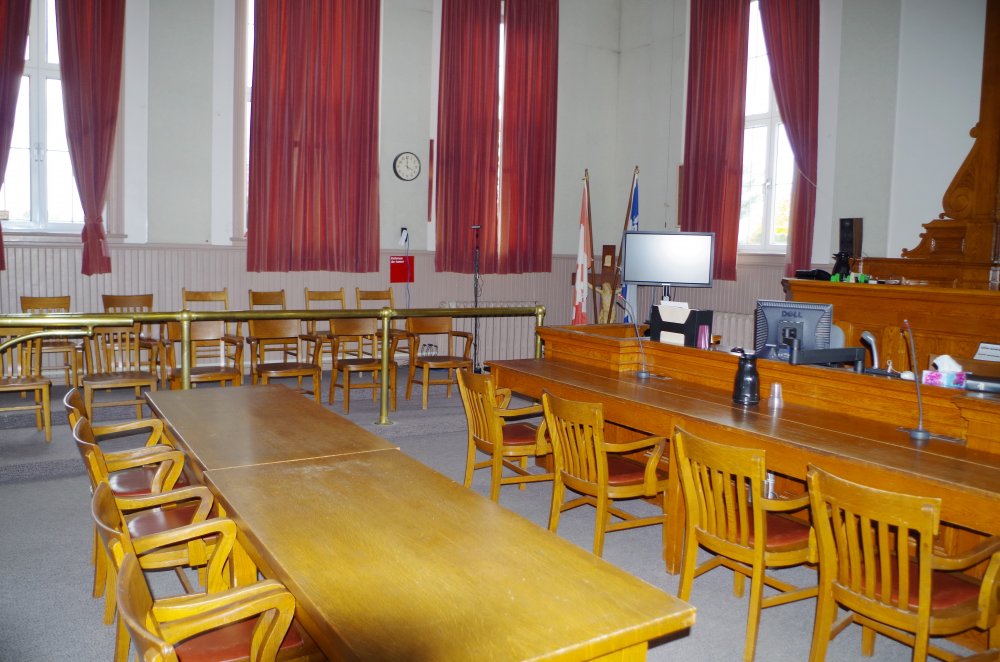