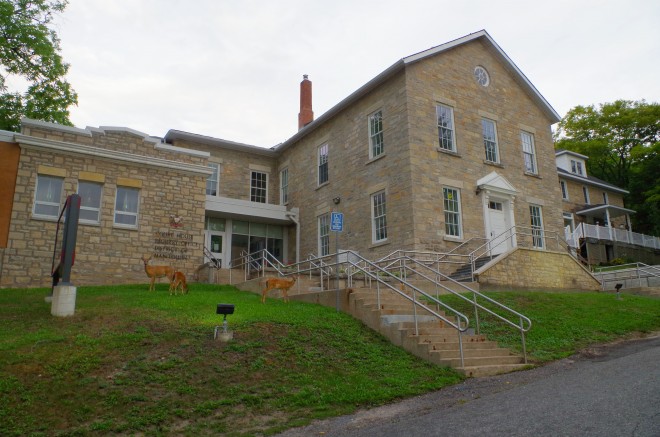 Manitoulin District is named for the old Odawa name “Manidoowaalin” which means “cave of the spirit” for an underwater cave where a powerful spirit dwells.

Description:  The building faces west and is a two grey coloured limestone structure. The building is located on sloped landscaped grounds. The west front has a central white coloured wood framed entrance with gable at the roof line. An addition was added on the north side in 1901. The architect was Francis Riley Heakes of Toronto and the contractor was the Ontario Department of Public Works. In 1924, the Registry was constructed by E T Charters. 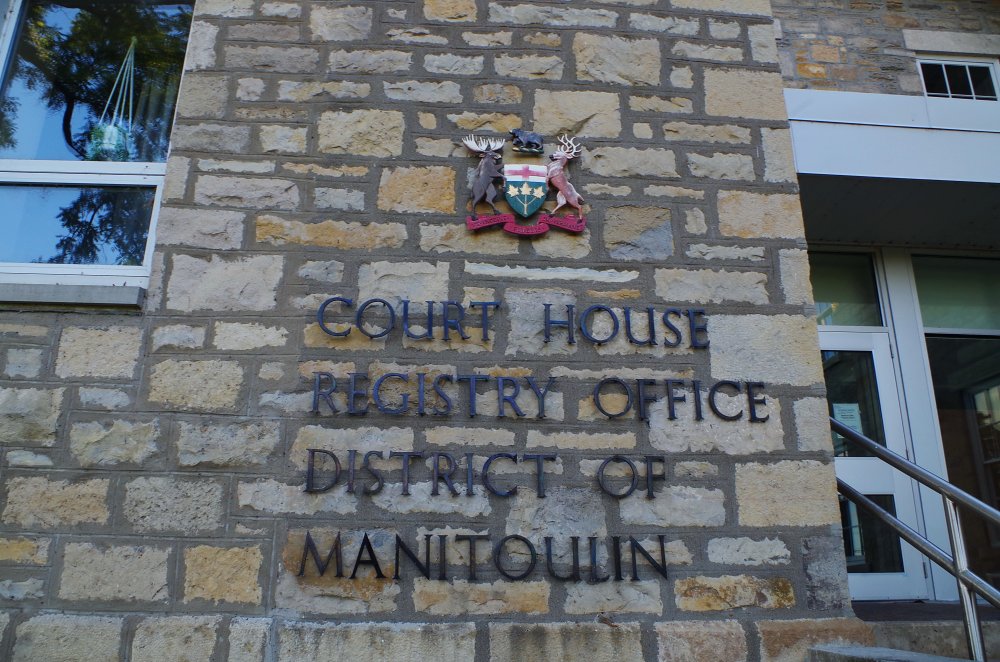 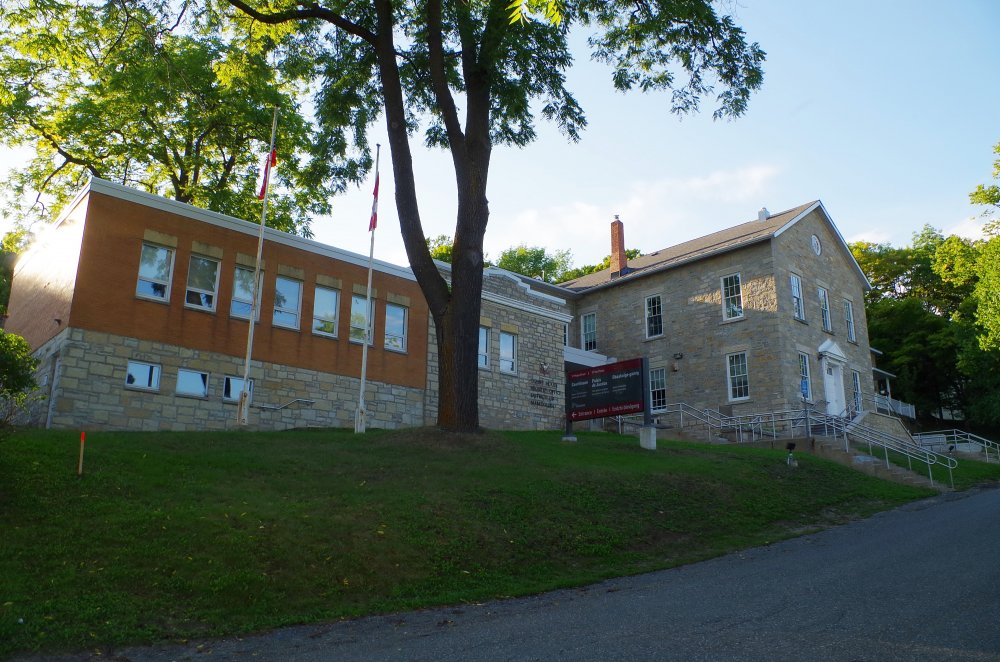 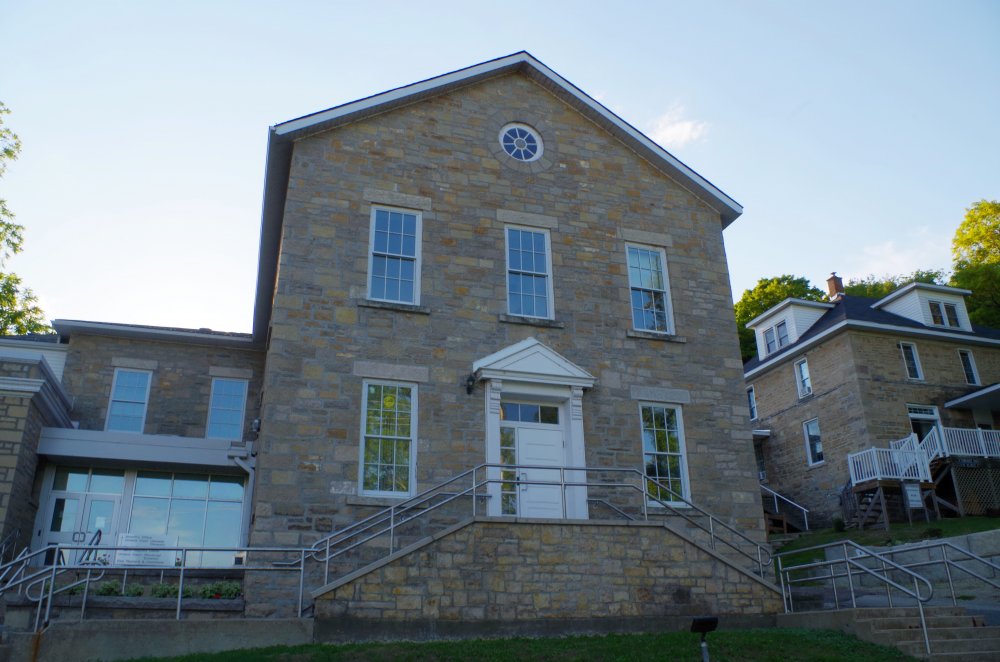 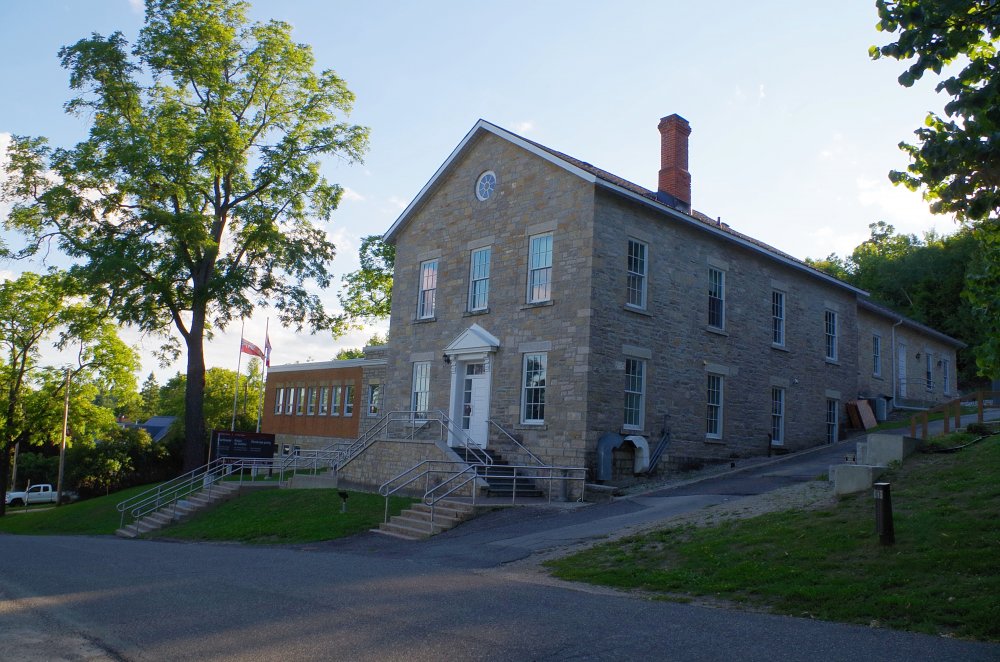 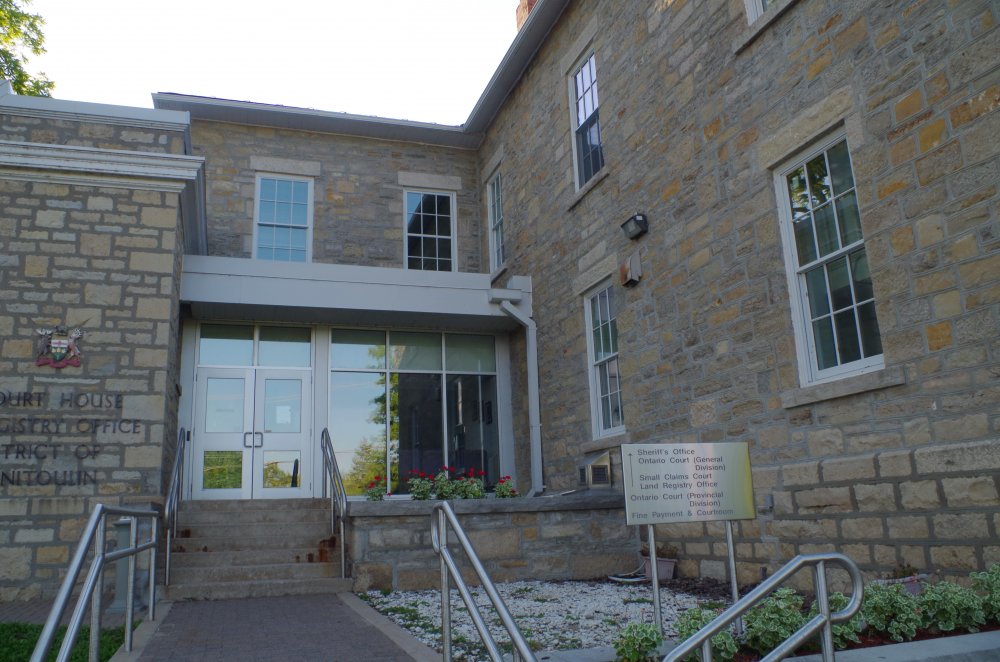 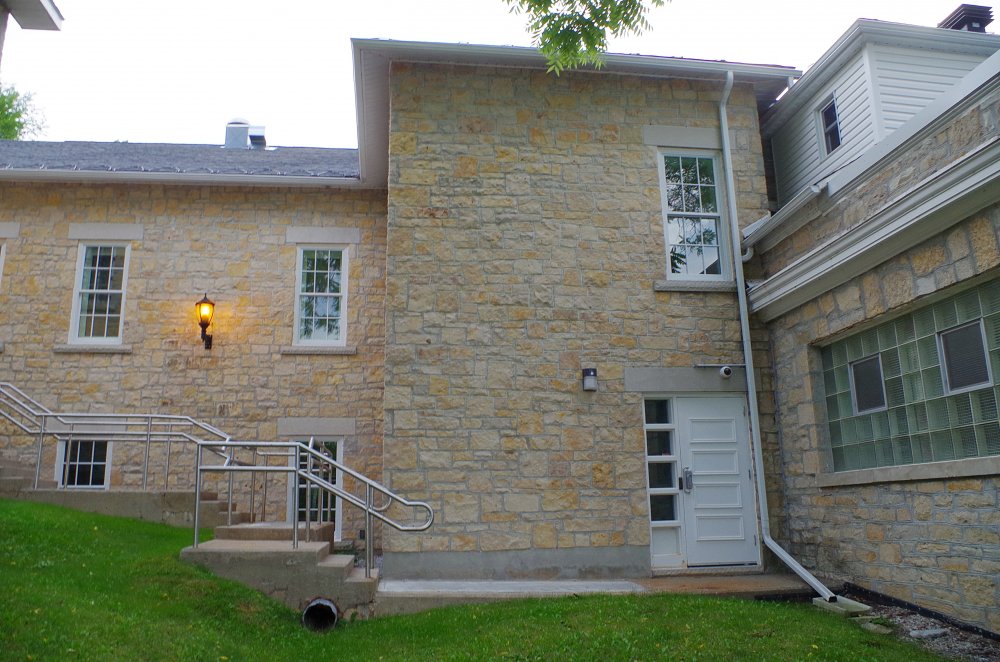