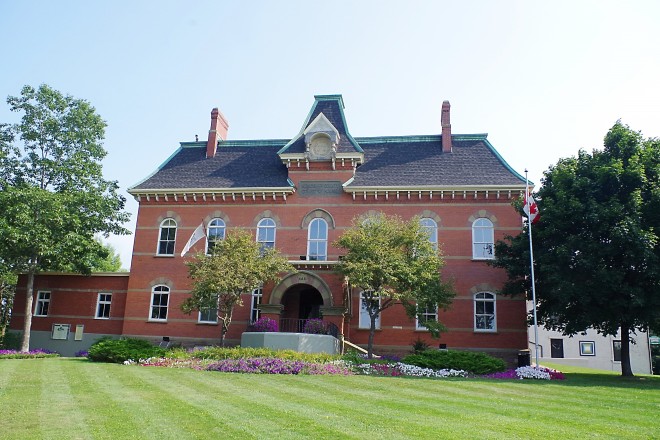 Description:  The building faces south and is a two story red coloured brick and stone structure. The building is located on landscaped grounds in the centre of the city. The south front has a large central brick portico at the entrance. The windows are arched. The building has a bellcast mansard roof with raised central tower. On the east side is the old gaol. 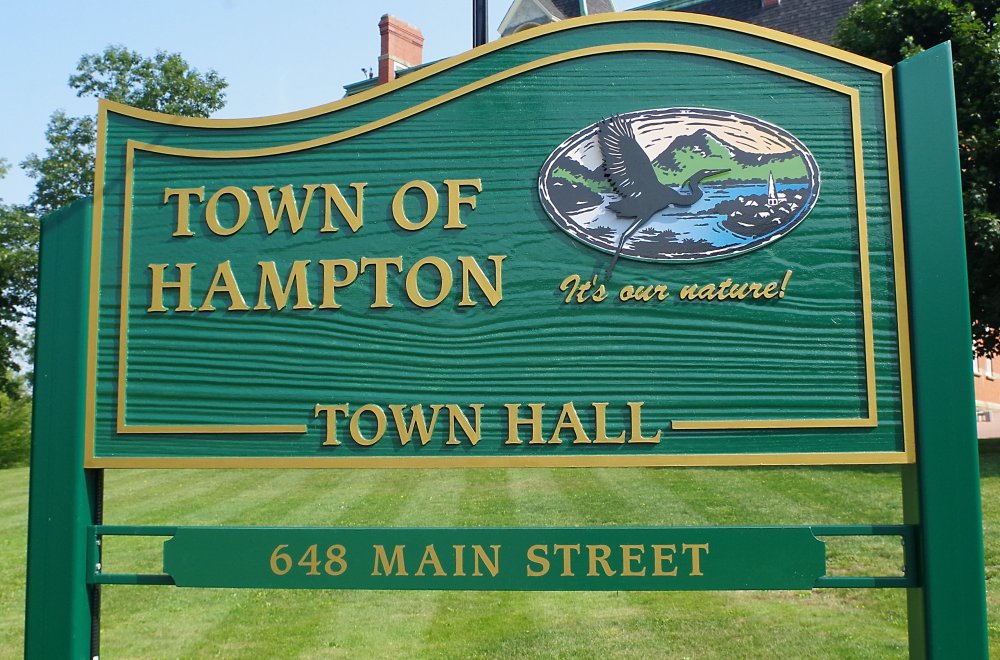 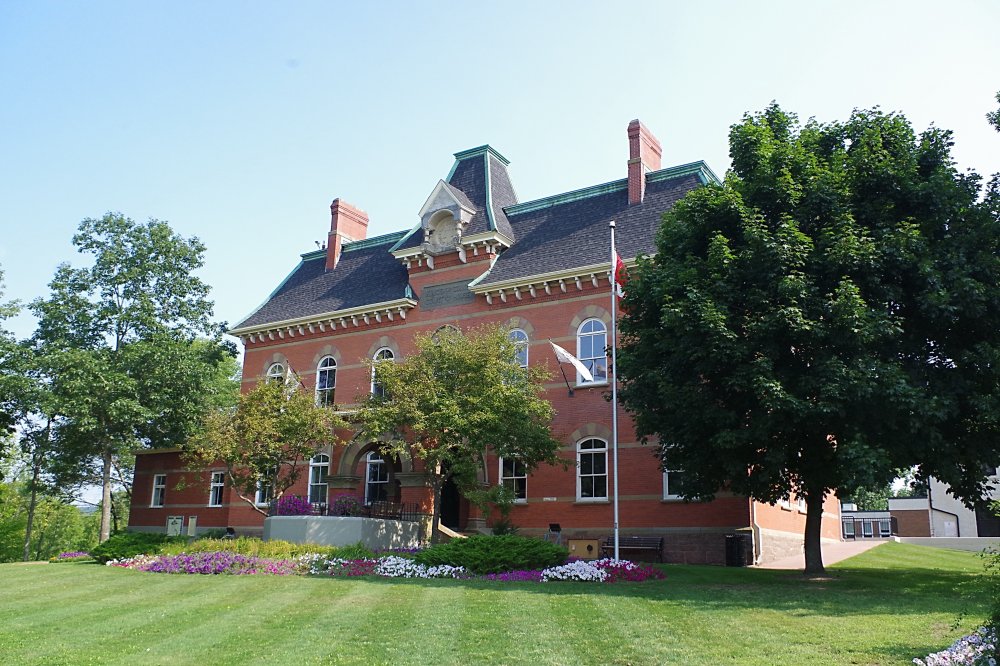 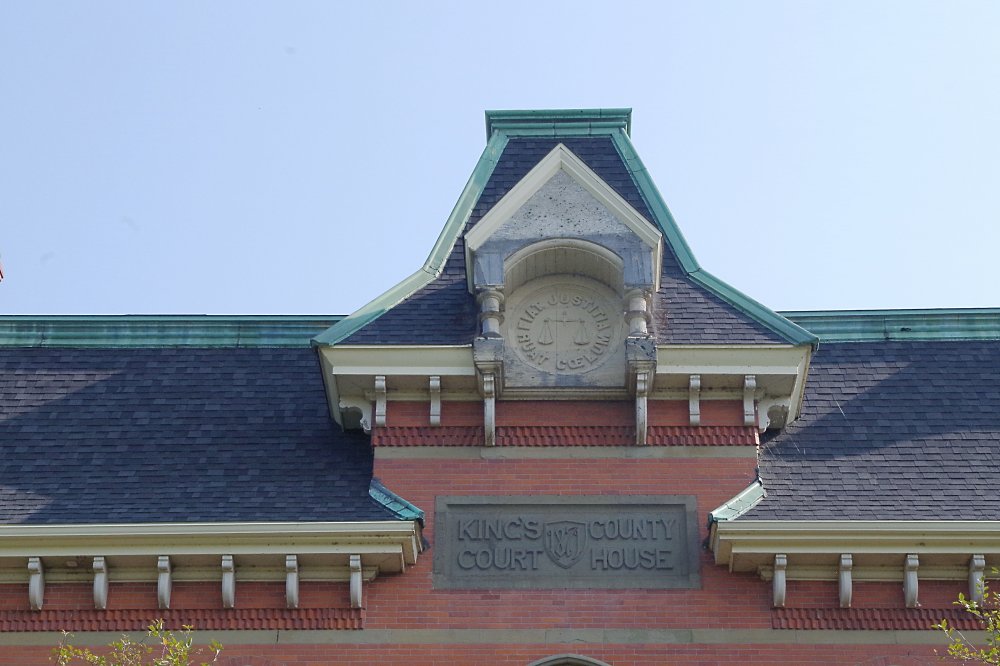 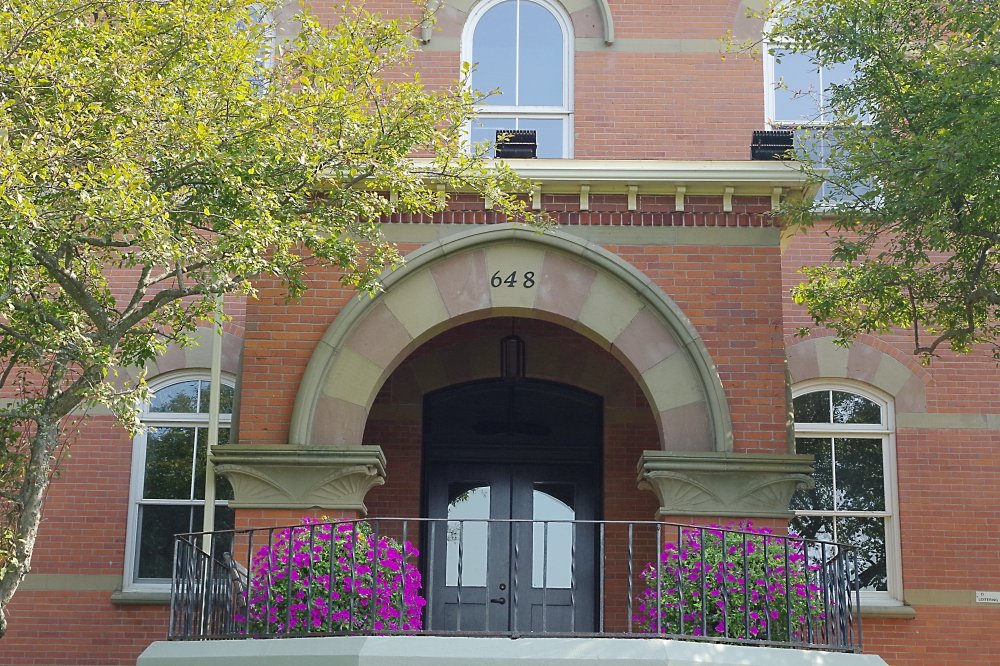 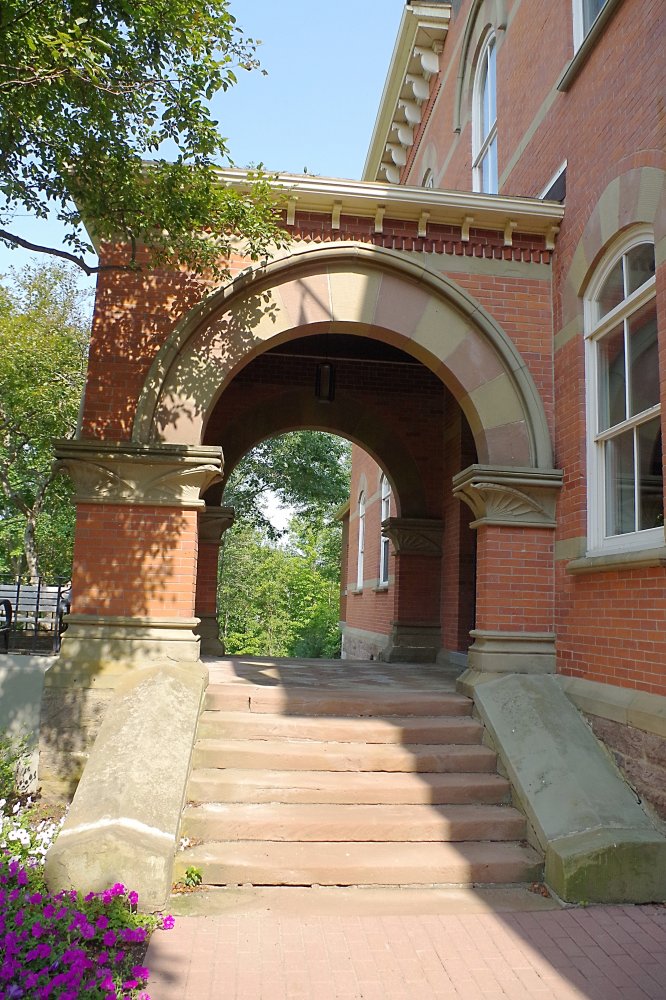 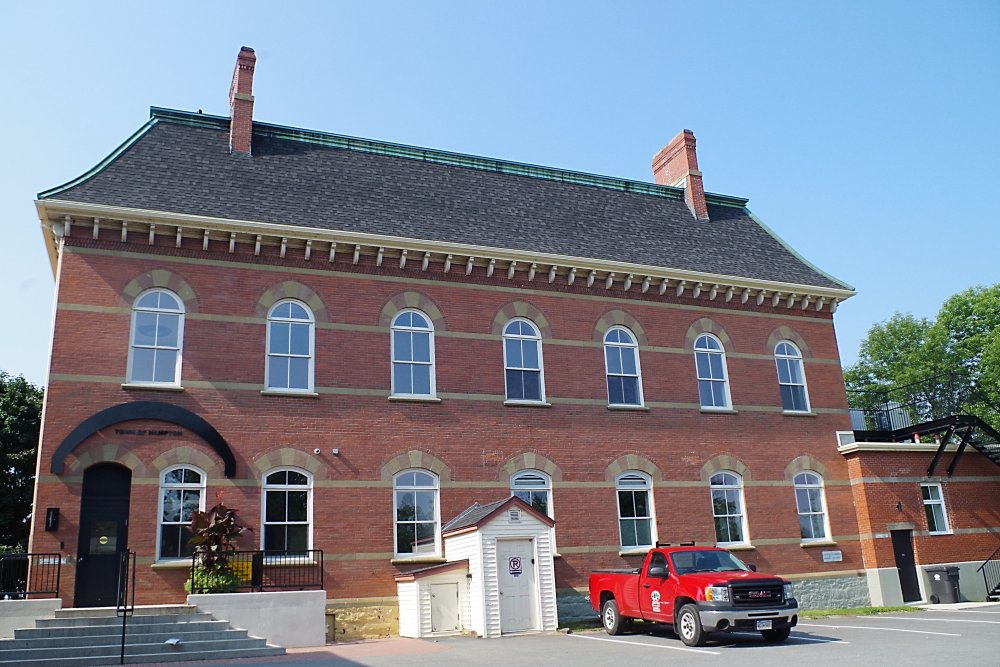