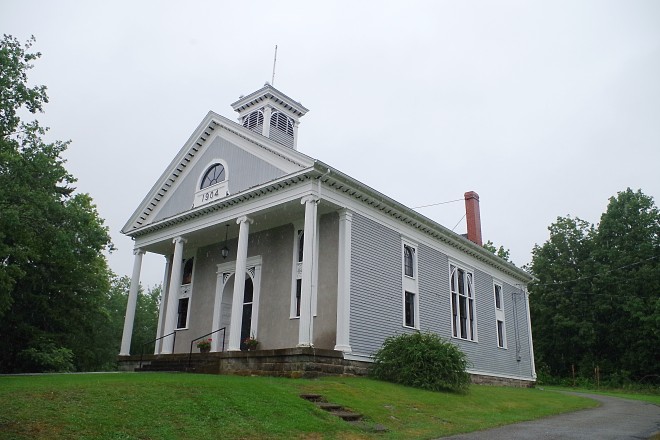 Albert County was named for Prince Albert of Saxe-Coburg and Gotha, who was the husband of Queen Victoria of Great Britain.

Description:  The building faces east and is a one story grey coloured wood structure. The building is located on a hill overlooking Shepody Bay with landscaped grounds. The east front has a wide porch with four white coloured columns rising to a pediment with fanlight. The recessed entrance is arched. On the center of the roof is a square cupola with flat roof. The roof is hipped. The building was restored in 1966. The building is now the Albert County Museum & R B Bennett Commemorative Centre. On the west side is the old gaol and the former County Recorder’s Office.

Note:  During construction, the plumbing and heating was completed by Jordan Steeves. The first courthouse was built in 1845 and burned in 1904. The building originally housed the shiretown with the old gaol built in 1845.

See:  The courthouse is now located in Moncton in Westmorland County. 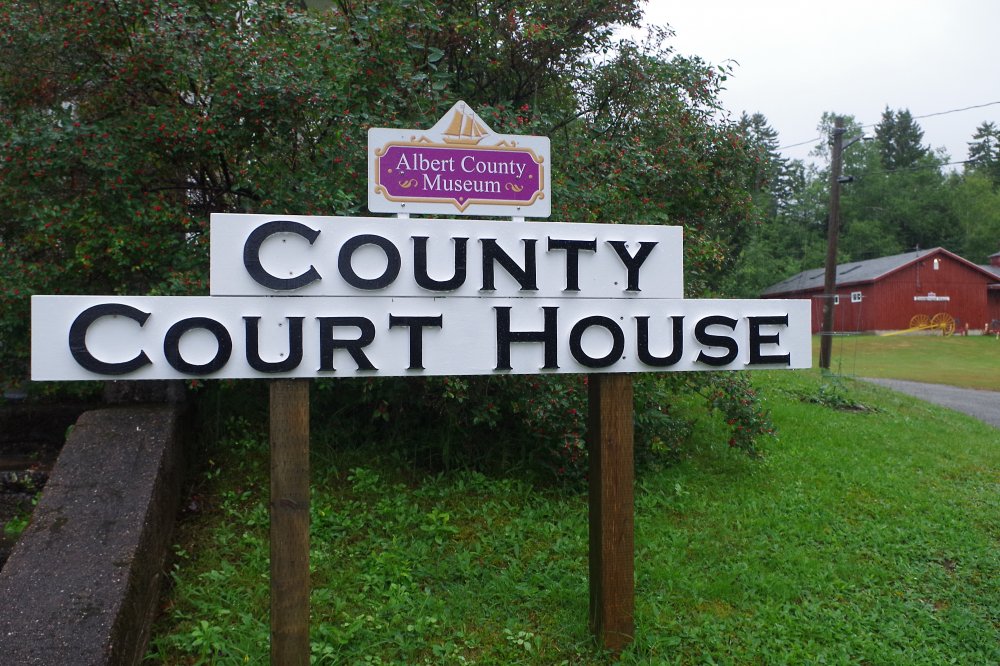 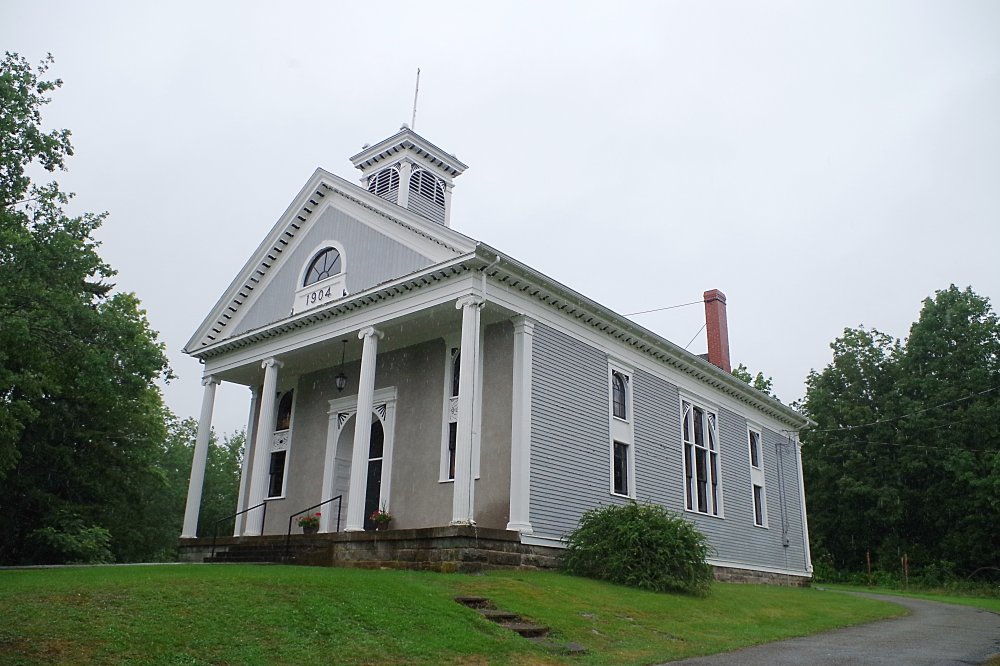 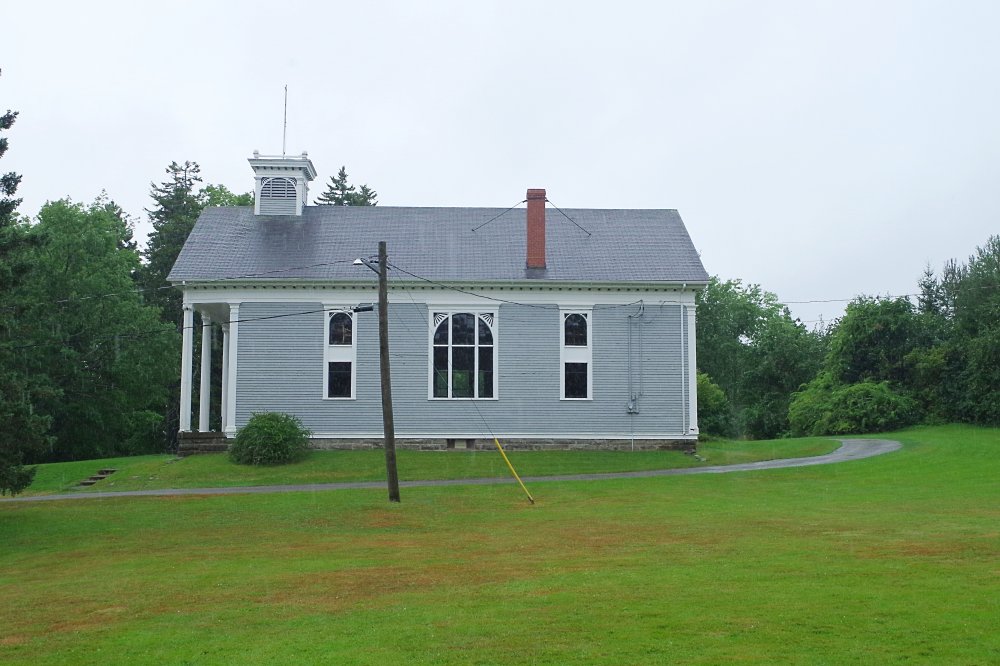 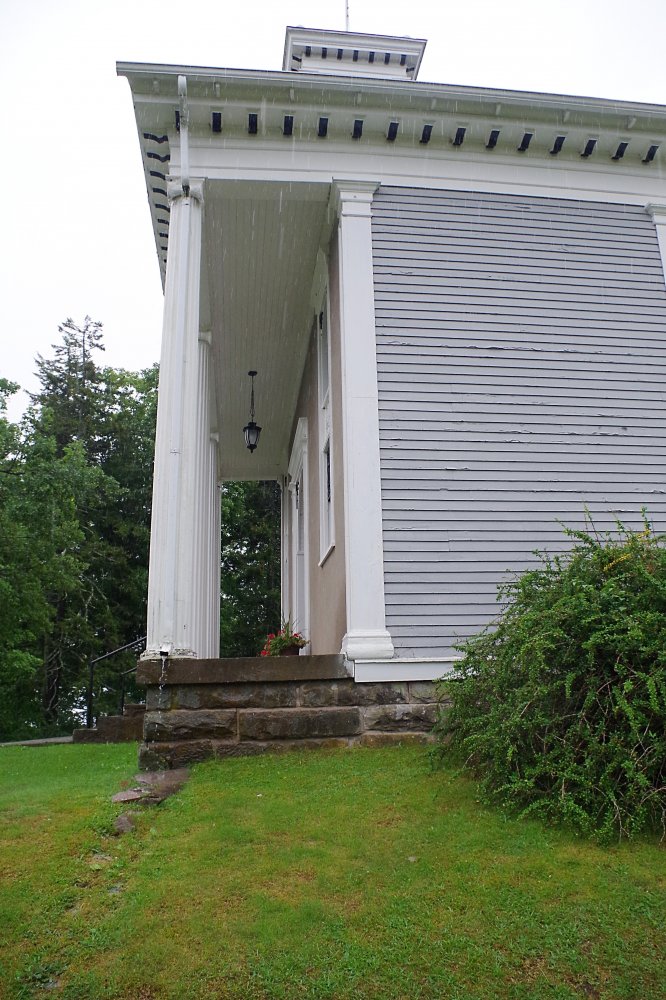 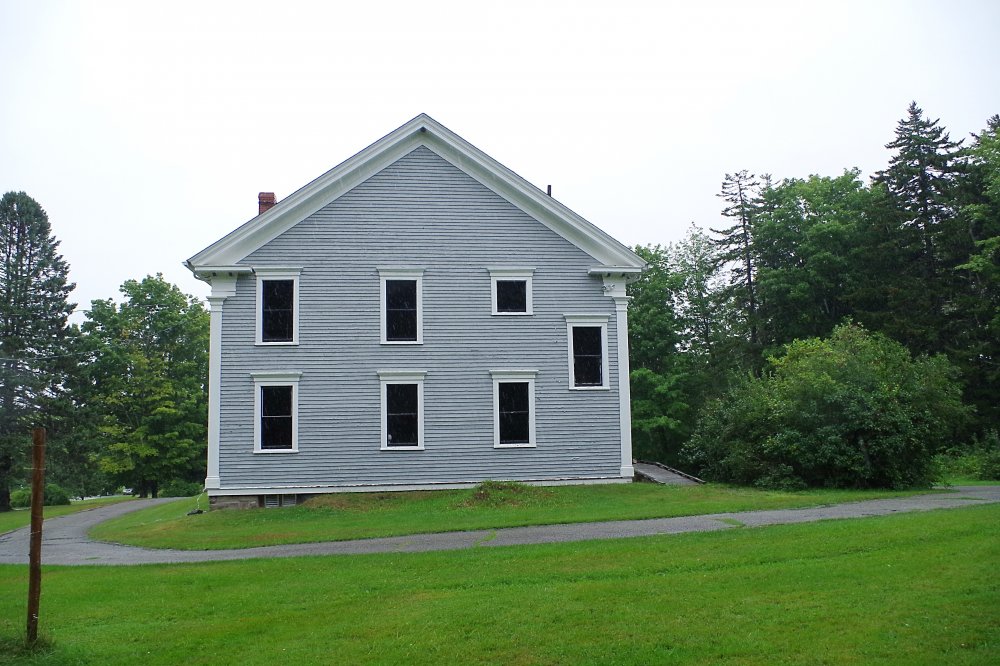 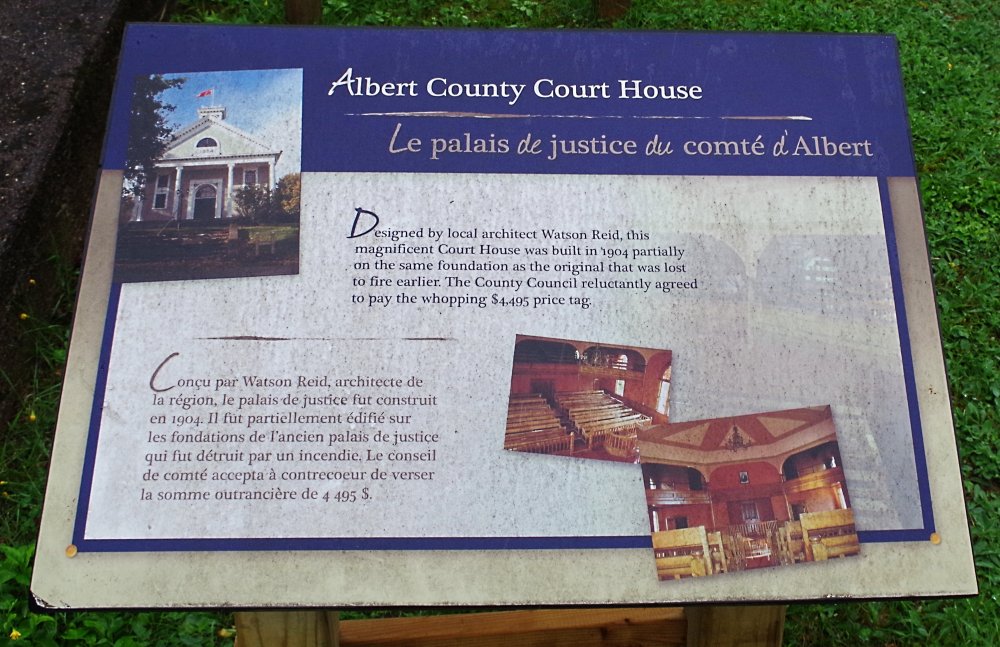 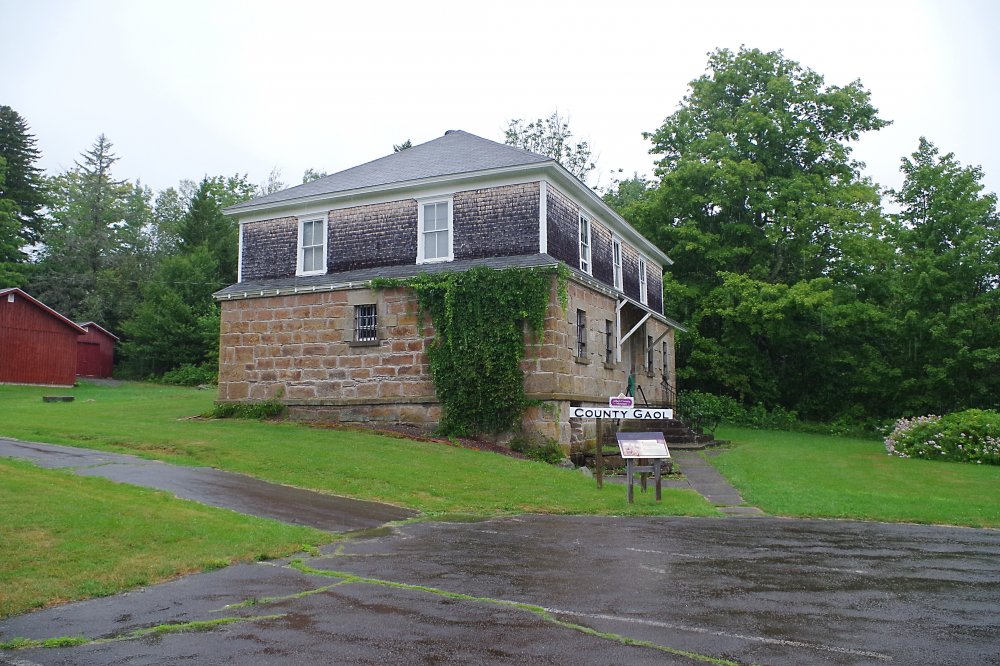 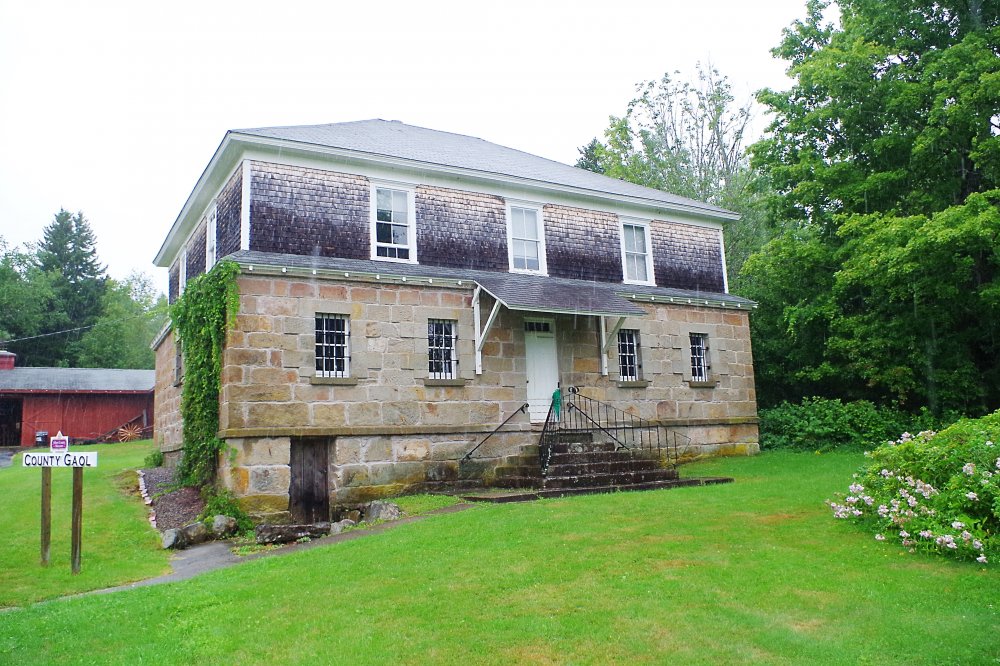 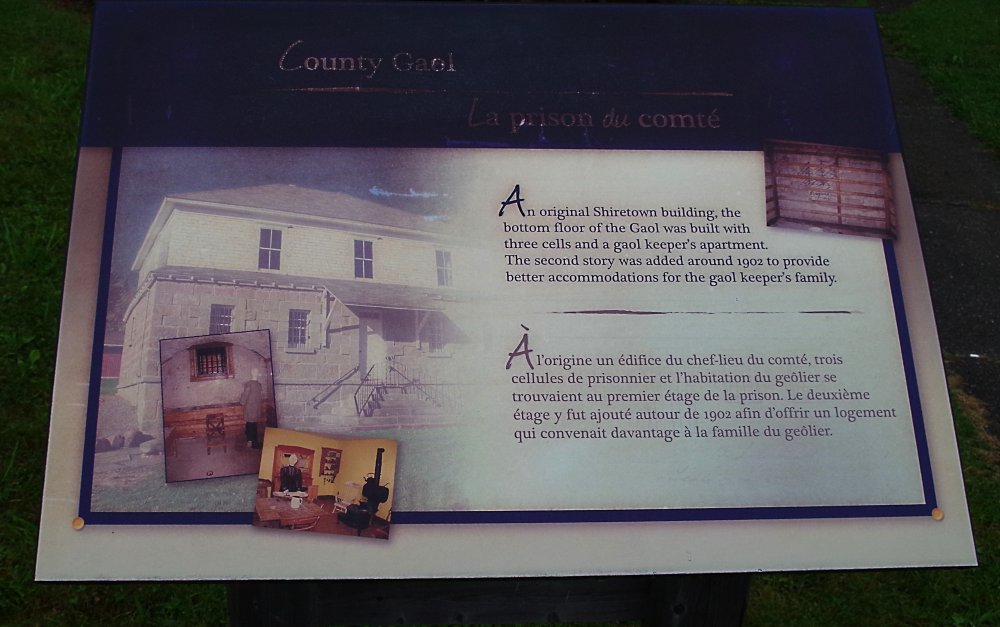