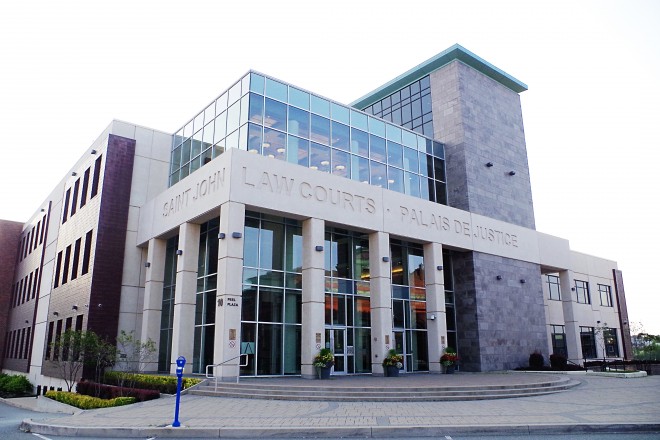 Saint John County was named for the Saint John River which was named by Samuel Champlain for St. John The Baptist’s Day when he sighted the river. 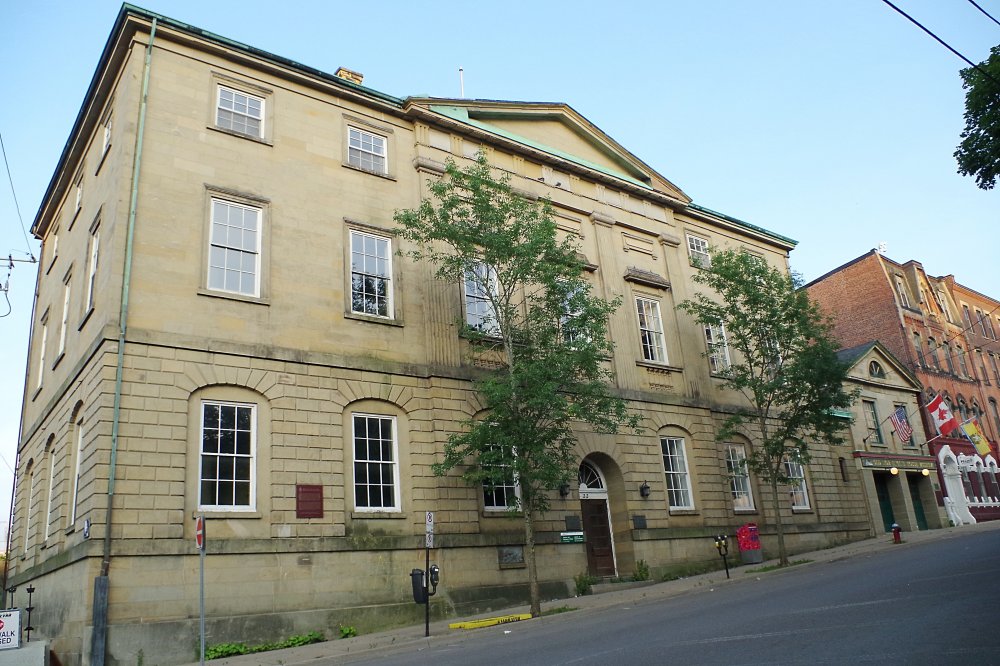 Description:  The building faces west.and is a three story buff coloured sandstone and igneous rock structure. The rectangular shaped building is located opposite King Square in the centre of the city. The south front has Tuscan Doric columns. The front entrance is recessed in a rounded arch. At the roof line is a pediment  On the centre of the hipped roof is a cupola. The interior of the building has a circular stone staircase, with its three-story height, freestanding, cantilevered design, and wrought-iron railing. 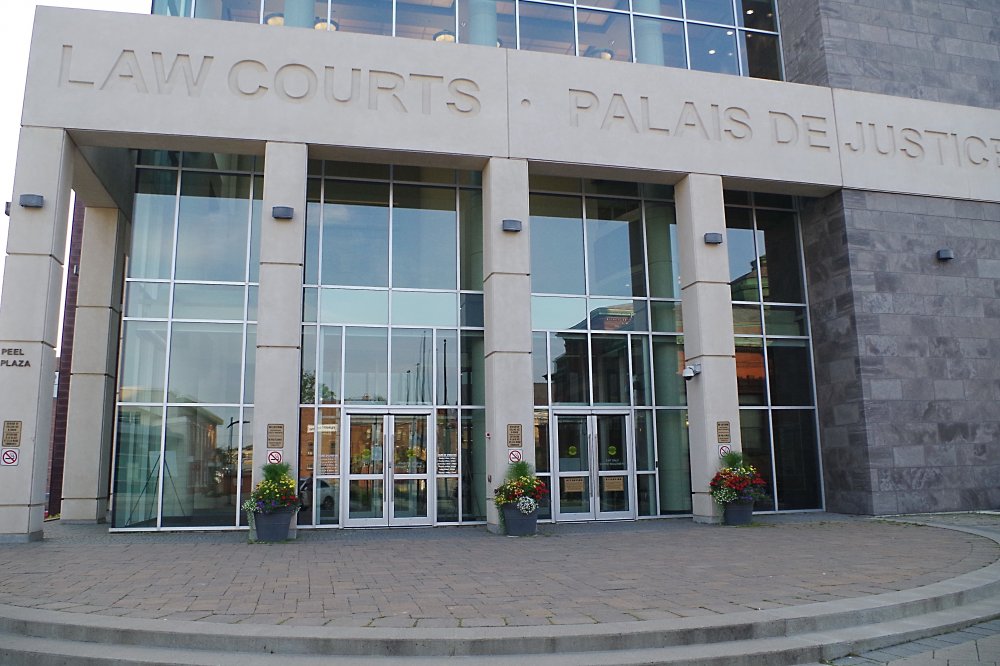 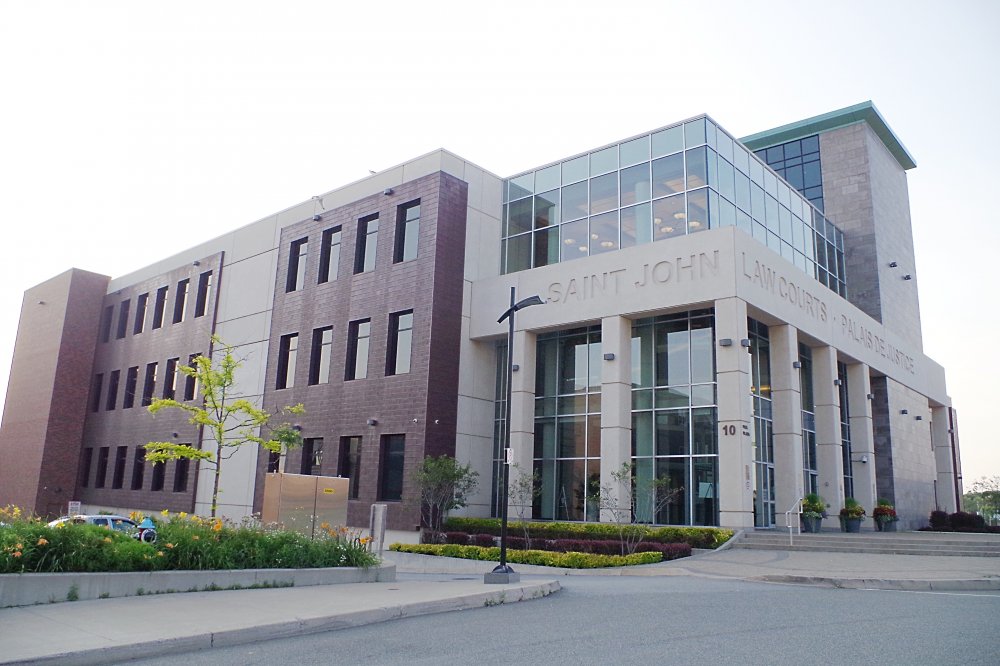 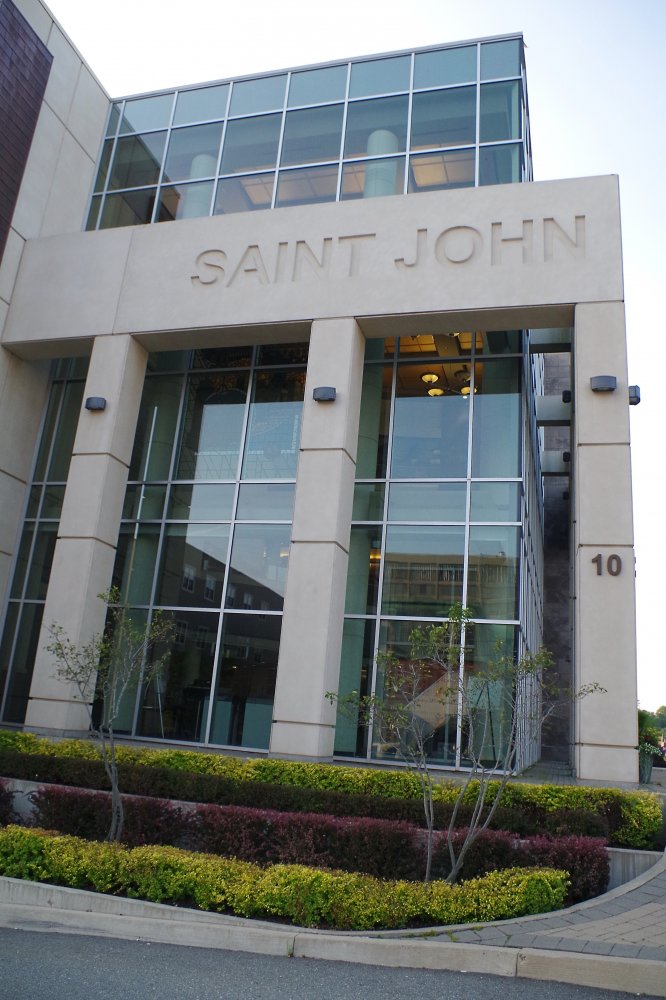 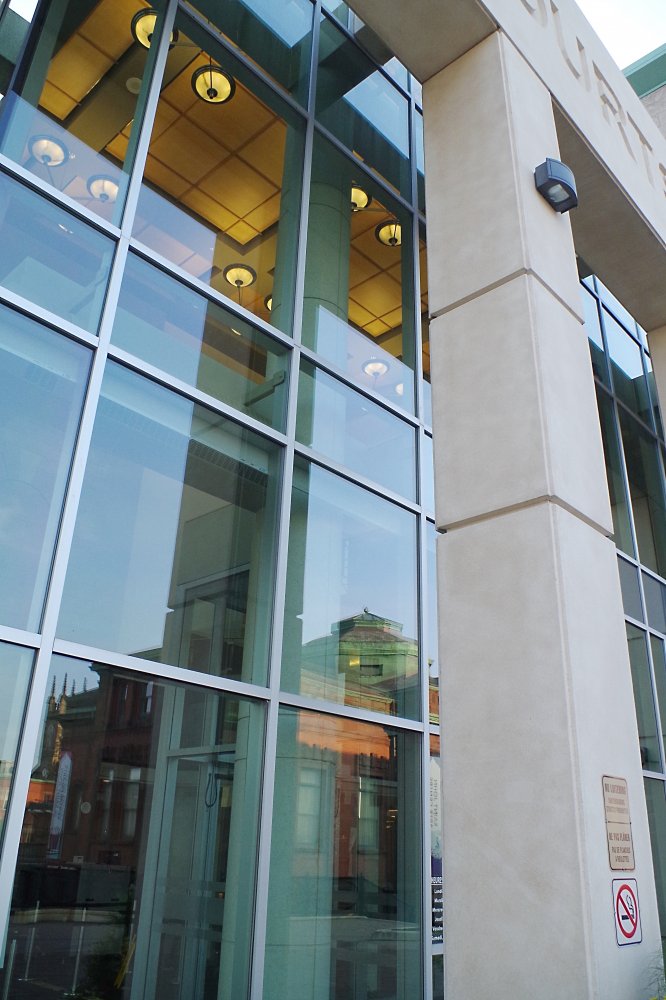 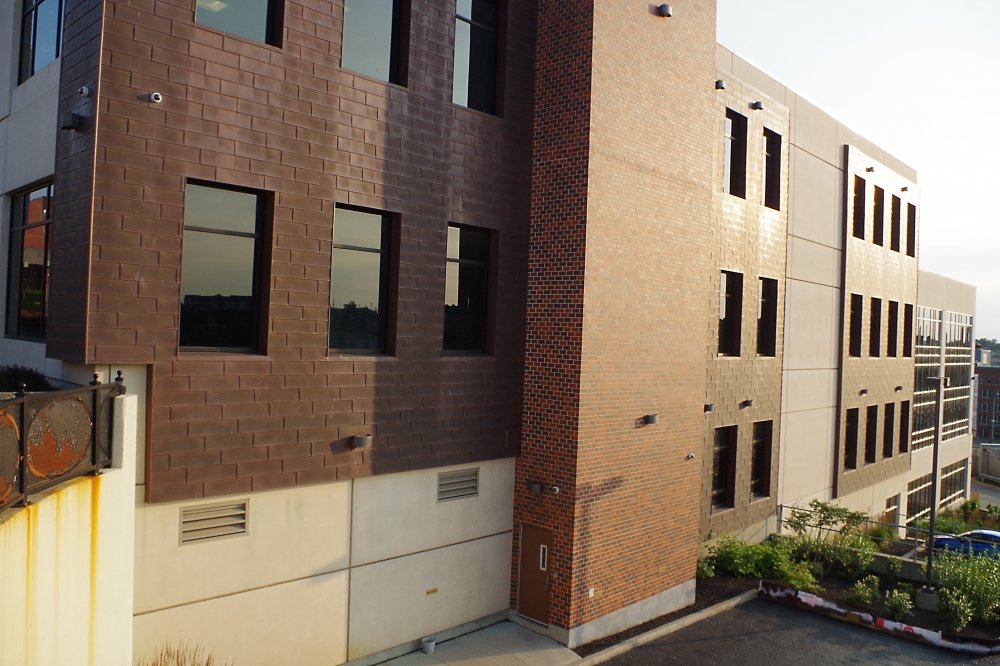 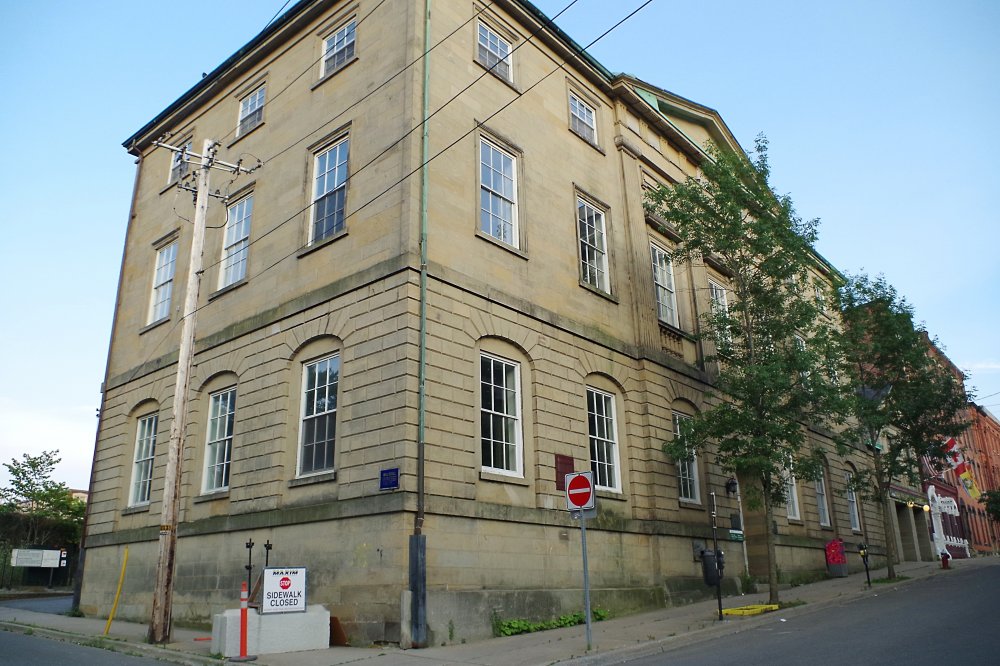 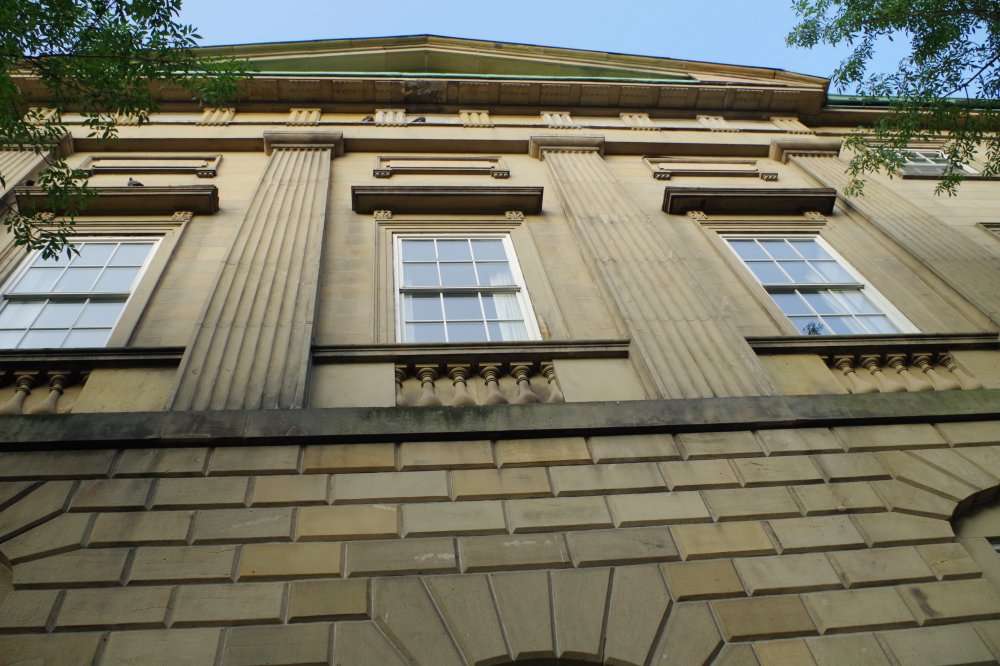 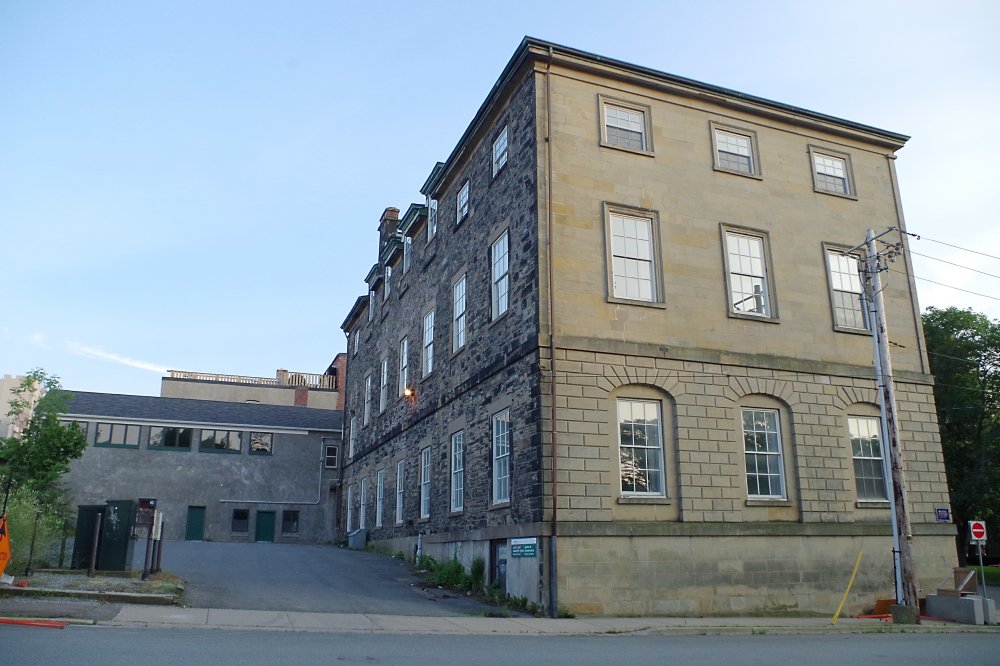