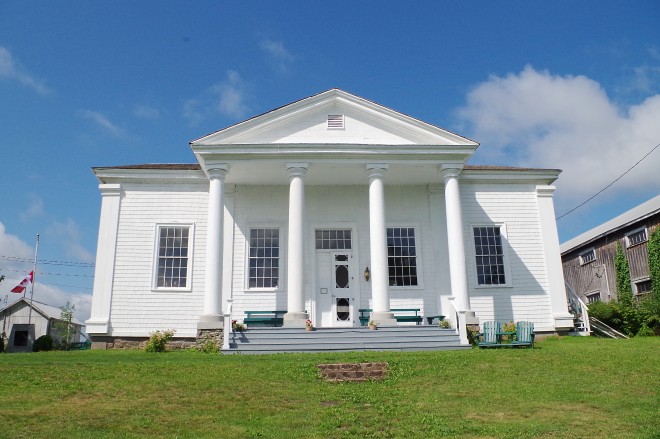 Description:  The building faces east and is a two story white coloured wood structure. The building is located on spacious landscaped grounds in the village centre. The east front has a large portico with four white coloured columns rising to a wide pediment at the roof. The windows are vertical and the roof is hipped. The large courtroom with second story balcony is located along the west side. The building was closed when the court moved to Burton in Sunbury County and is now occupied by the Queens County Courthouse Museum. 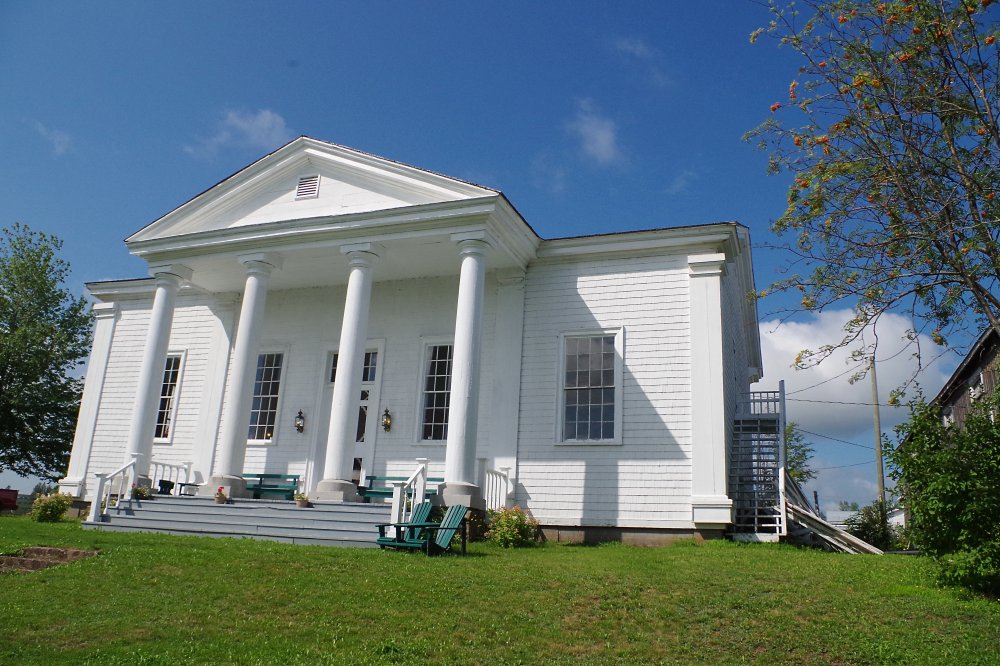 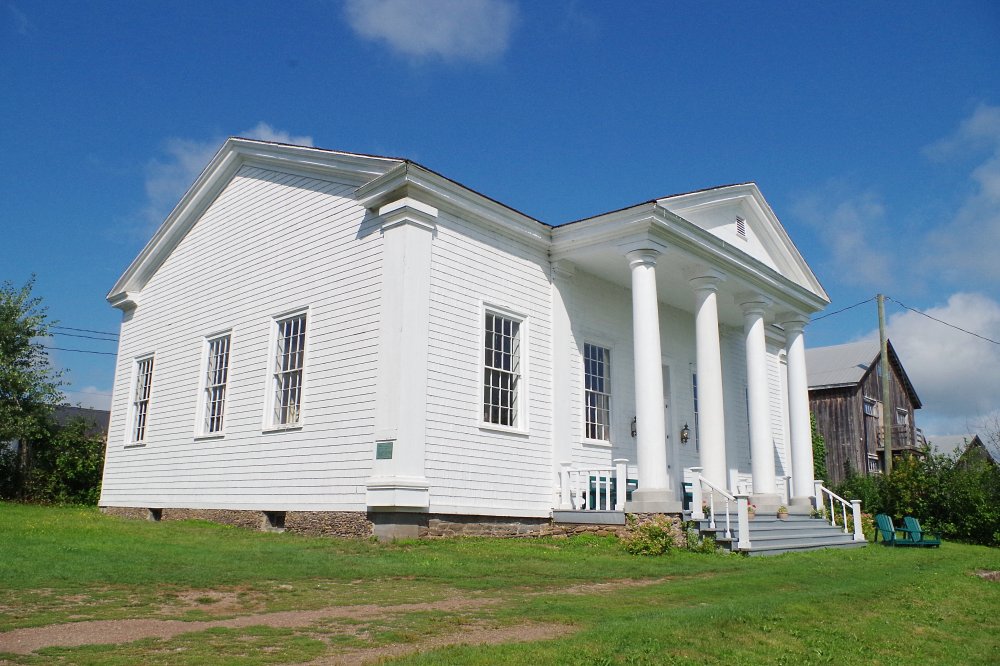 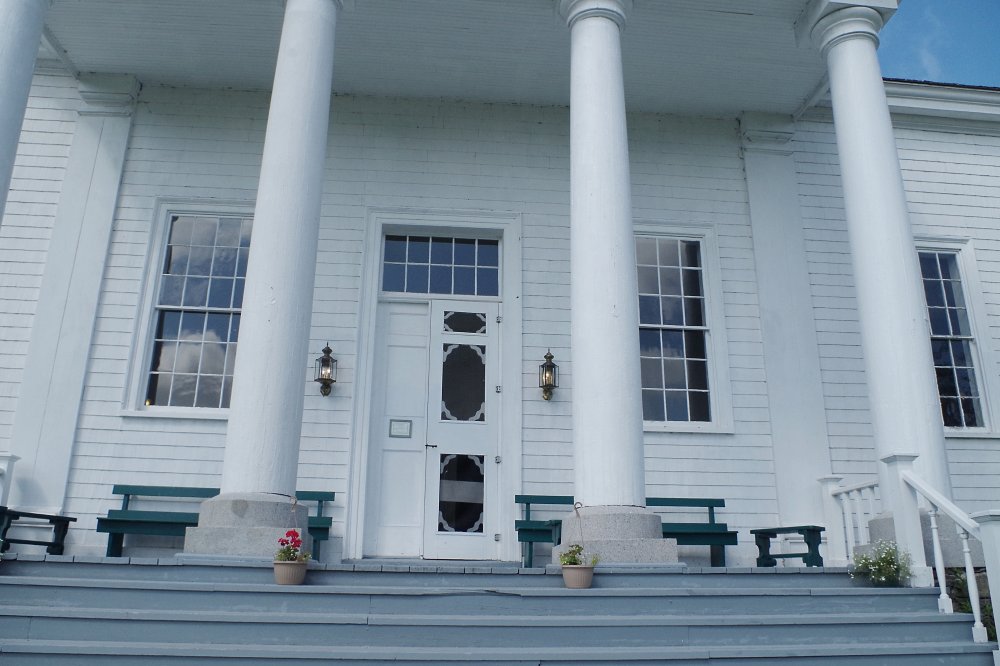 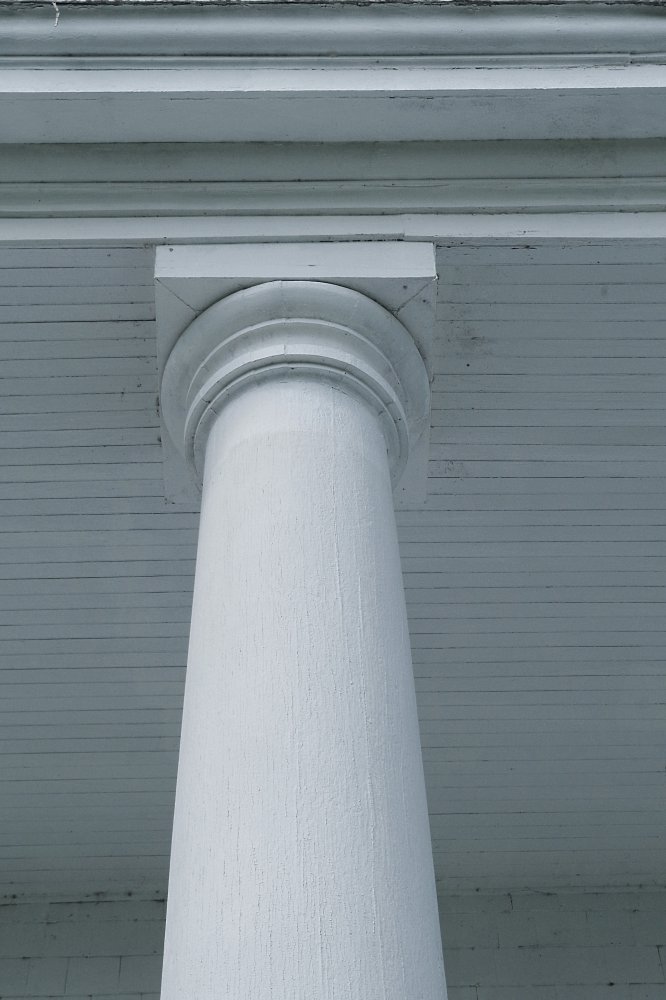 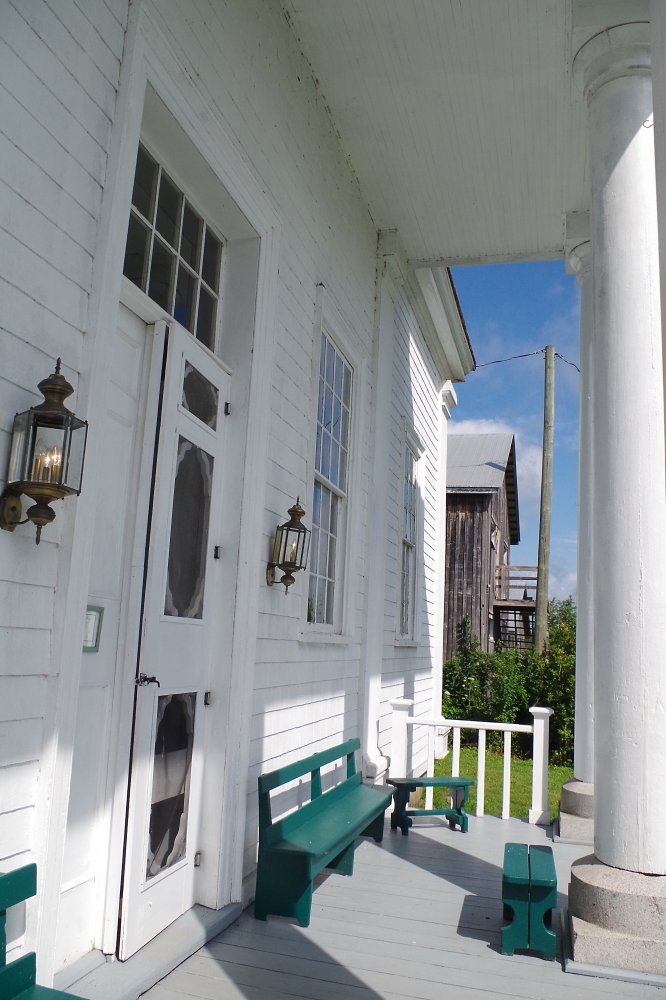 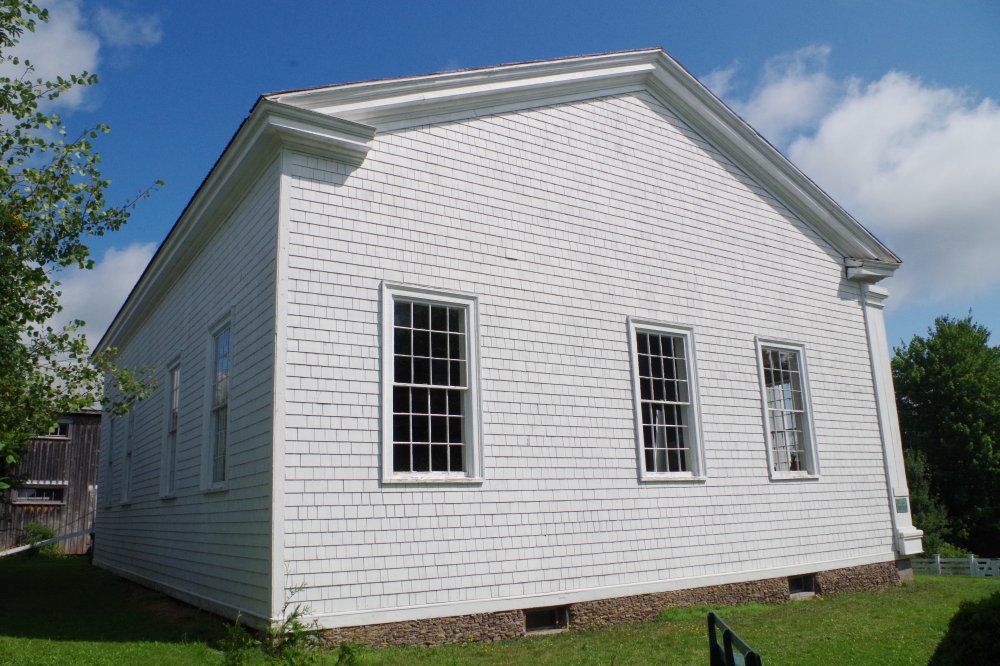 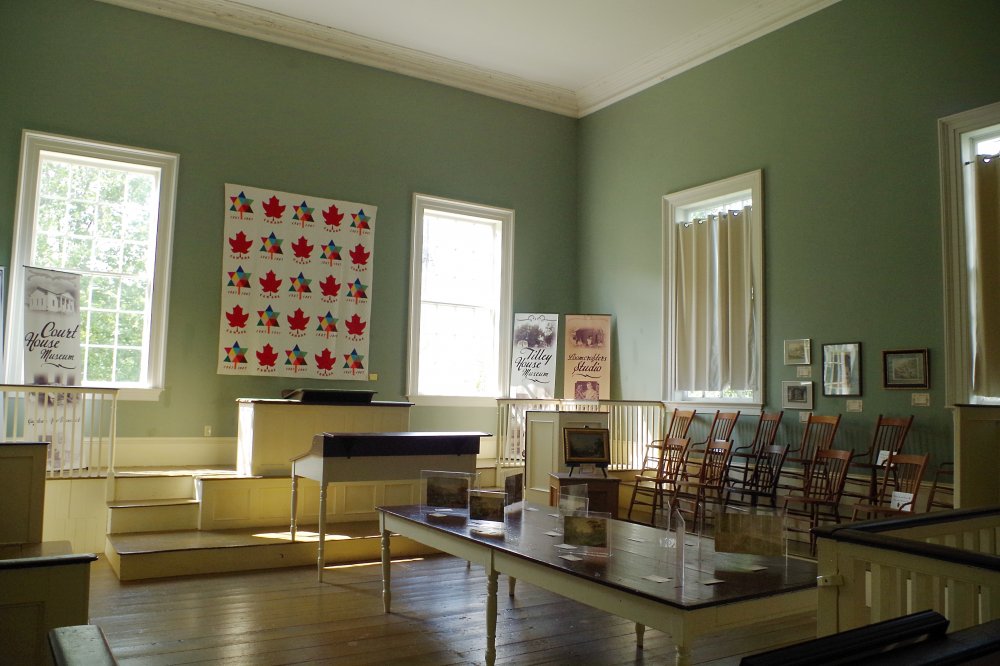